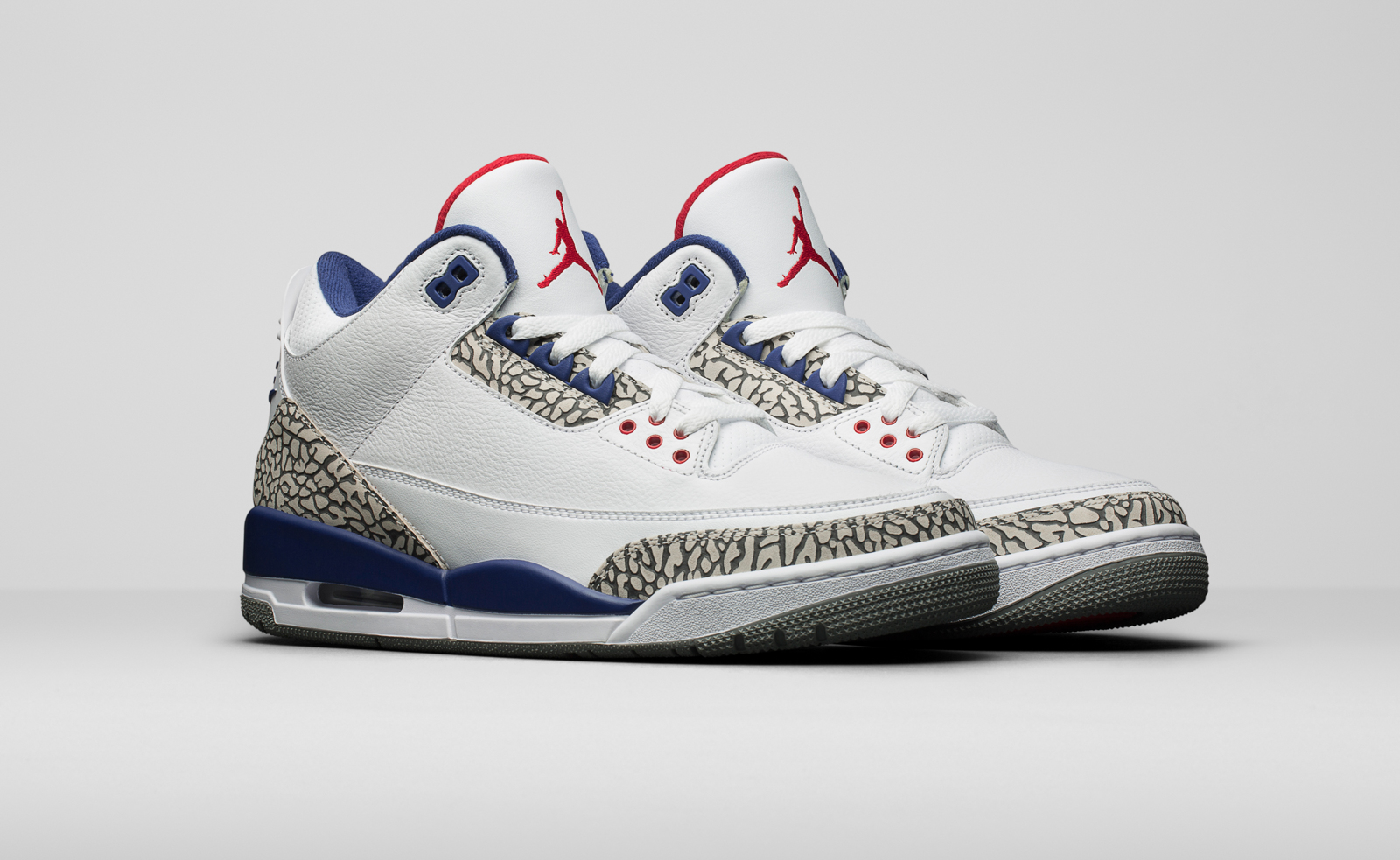 Released in 1988, Michael Jordan’s third signature shoe continued to push boundaries and maintain Nike's streak of innovation within the world of athletic product. With Tinker Hatfield manning the helm on his first Air Jordan release, it was inevitable that something new was going to be brought to the table. After the successful introduction of visible air in his 1987 masterpiece, the Air Max 1, it was decided to begin expanding and start integrating the technology into other sporting categories. Debuting on court inside the Air Revolution in 1988 (also designed by Tinker), the same midsole tooling was transferred over into the Air Jordan III, with more of an emphasis given to the radical new upper design. In Tinker’s sketches for the III he even refers to the new creation as the ‘Air Jordan Revolution’, a nod to it’s predecessor. 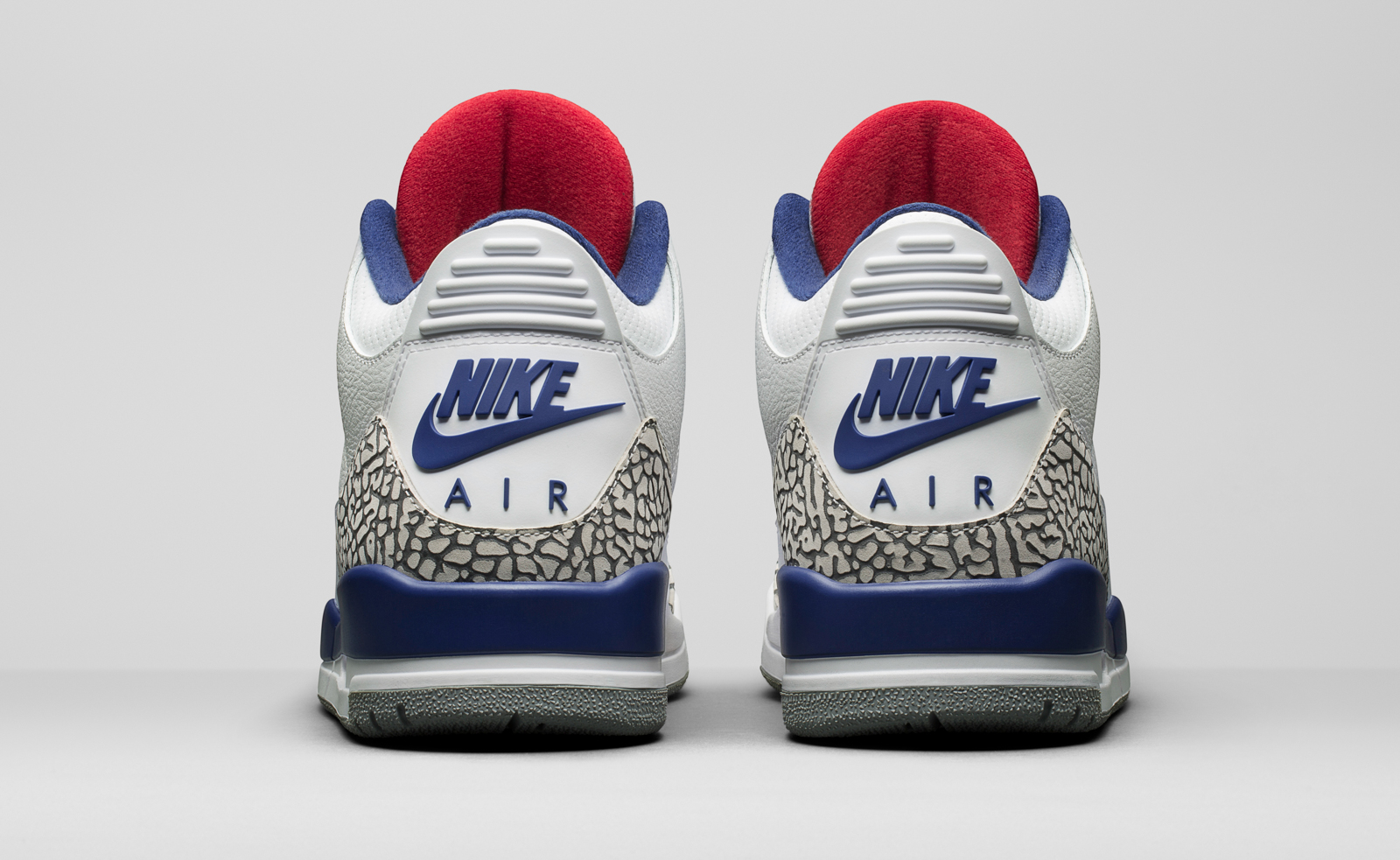 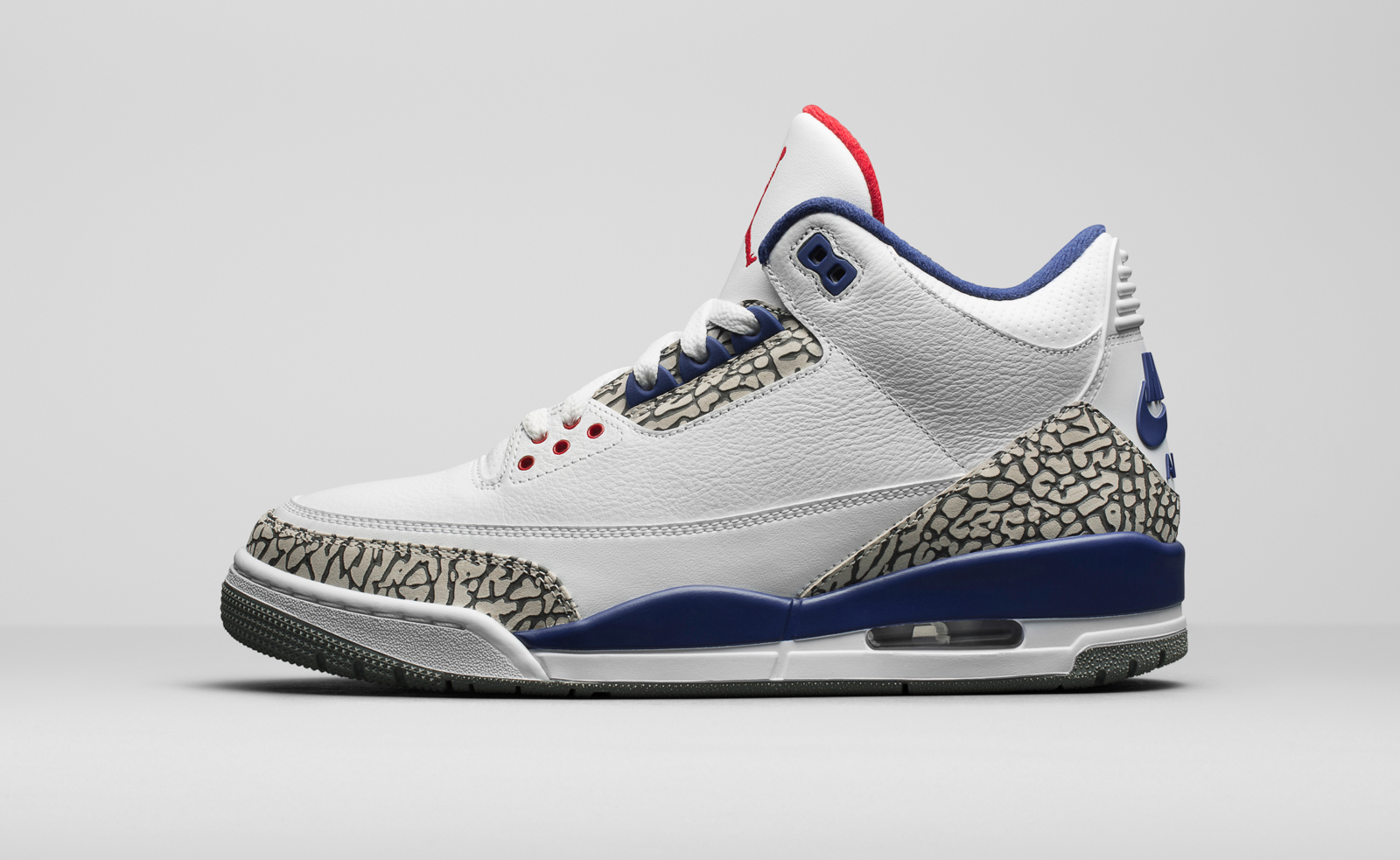 One design cue that followed through from the II was the use of animal print, with the Bruce Kilgore designed, Italian made shoe incorporating an iguana textured leather into it’s mid-panel, in place of the Swoosh seen on the original Air Jordan I. A luxurious Elephant print made it’s way onto the III to inherit the premium feel of the product line, and has been a mainstay feature for almost all of it’s 28 year existence. 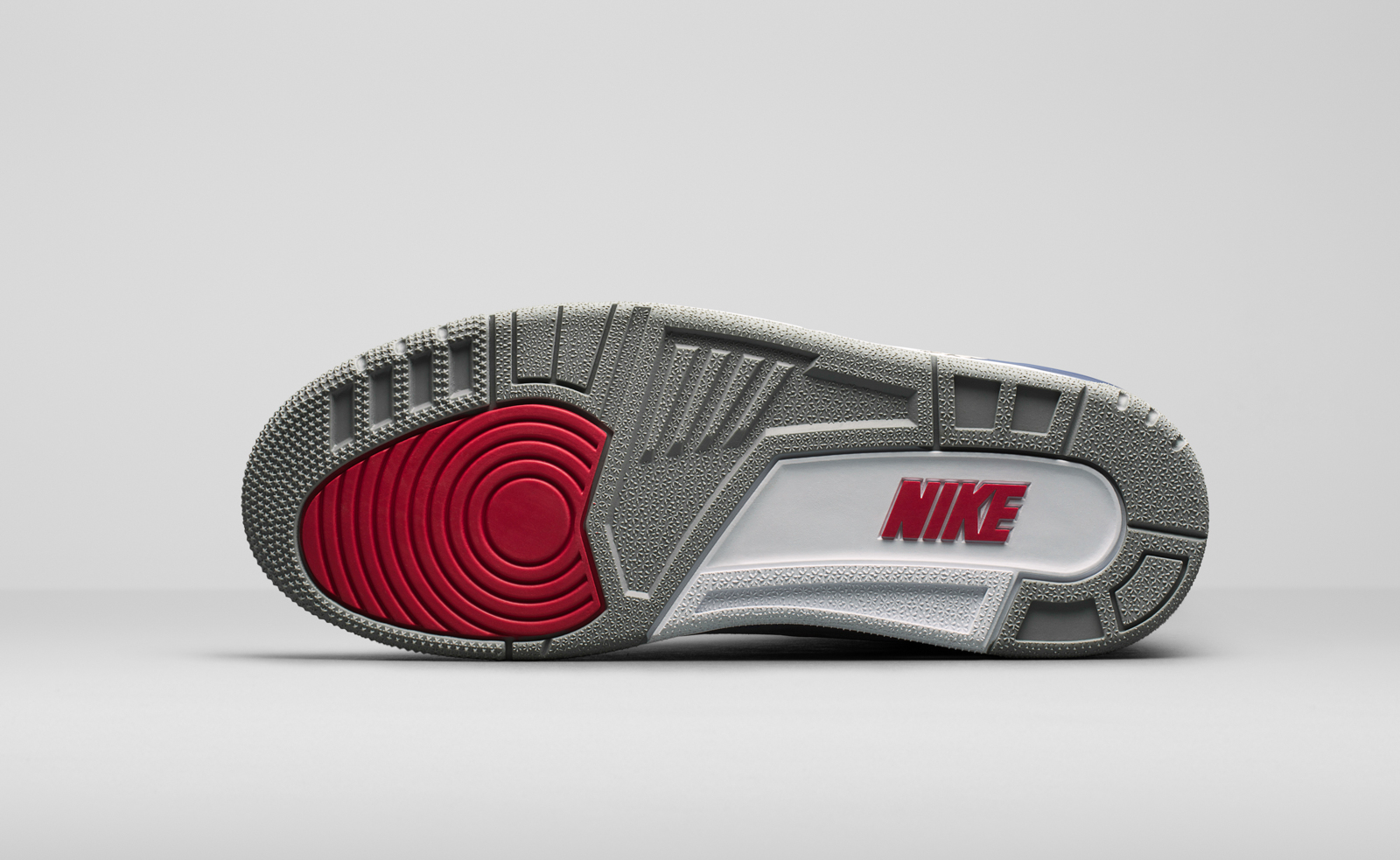 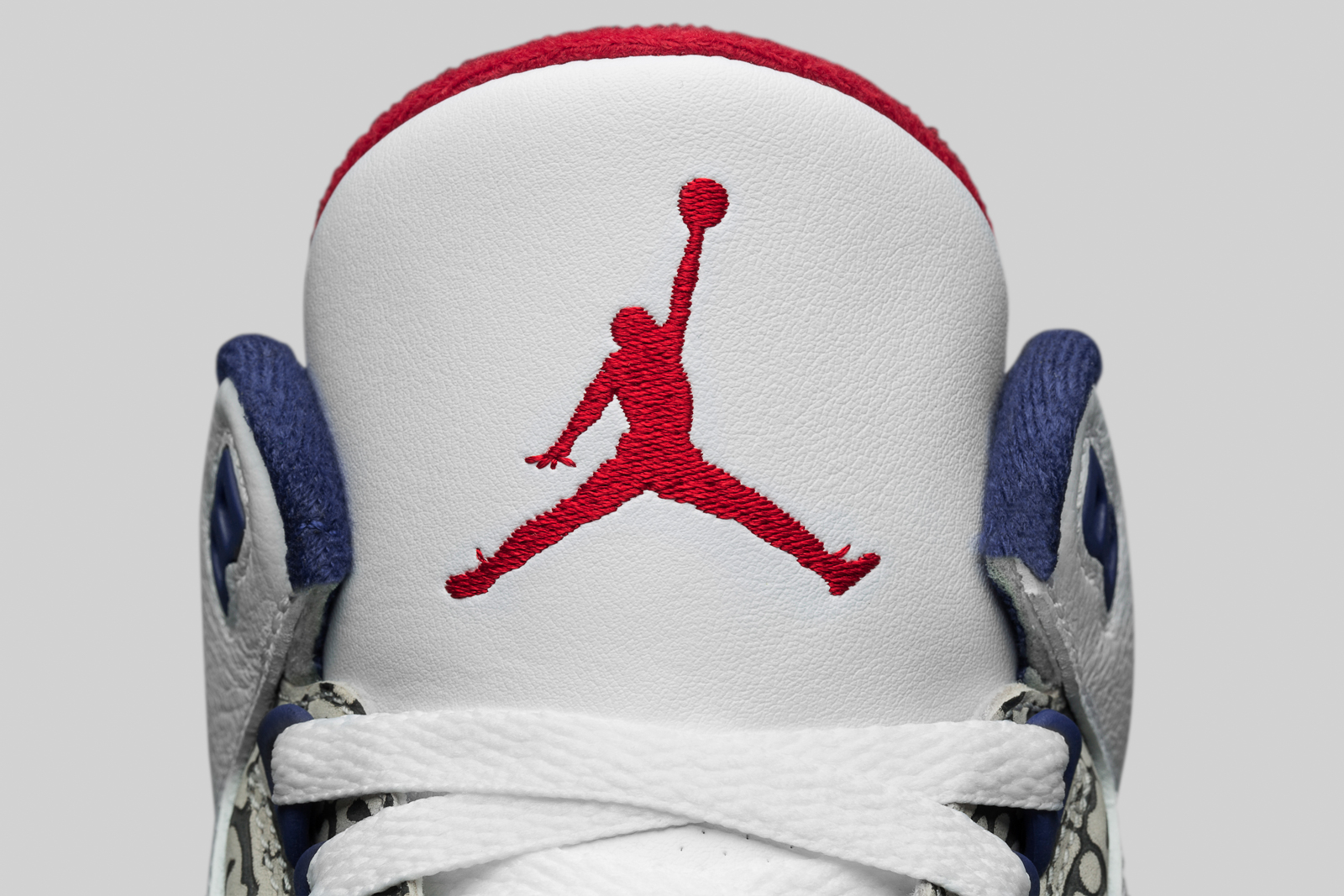 One of the original colourways to release back in 1988, the 'True Blue' returns in one of it's closest ever retro's to the original. Since it's first release, we've seen three re-issue releases in 2001, 2009 and 2011, all of which featured a blue-backed tongue instead of the traditional red back on the OG, and Jumpman branding on the heel. This 2016 re-up see's 'Nike Air ' back where it belongs as we've seen with a lot of the recent Air Jordan retro releases, staying true to original form as requested by the public over the past two decades. The Air Jordan III Retro OG 'True Blue' will be available online and in selected size? stores on Friday 25th November, priced at £160. Stores receiving the 'True Blue' will be: Amsterdam, Carnaby Street, Harrods, Bristol, Birmingham, Leeds, Marseille, Southampton, Cambridge, Koln, Paris, Madrid, Cardiff, Milan, Toulouse, Bordeuax 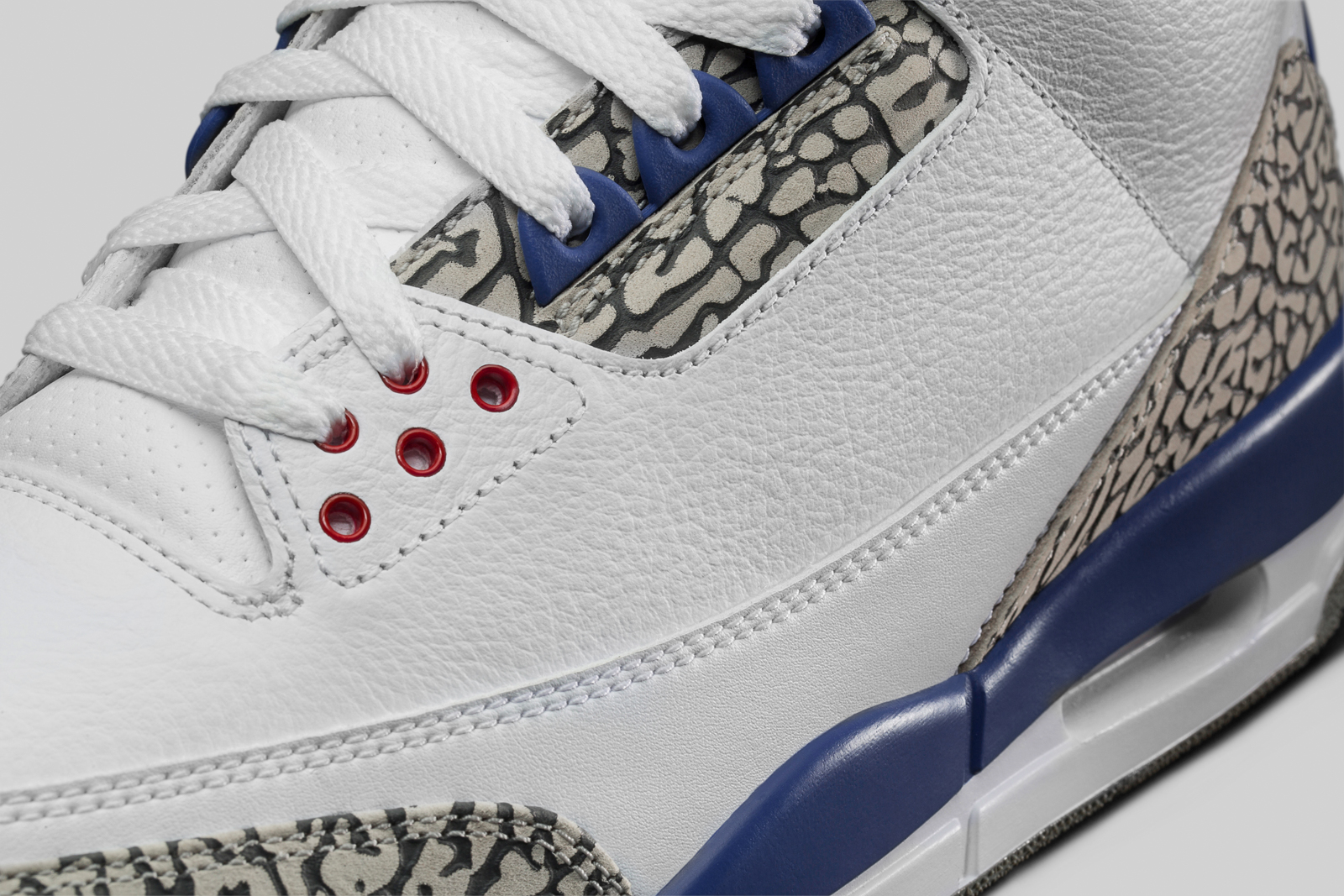