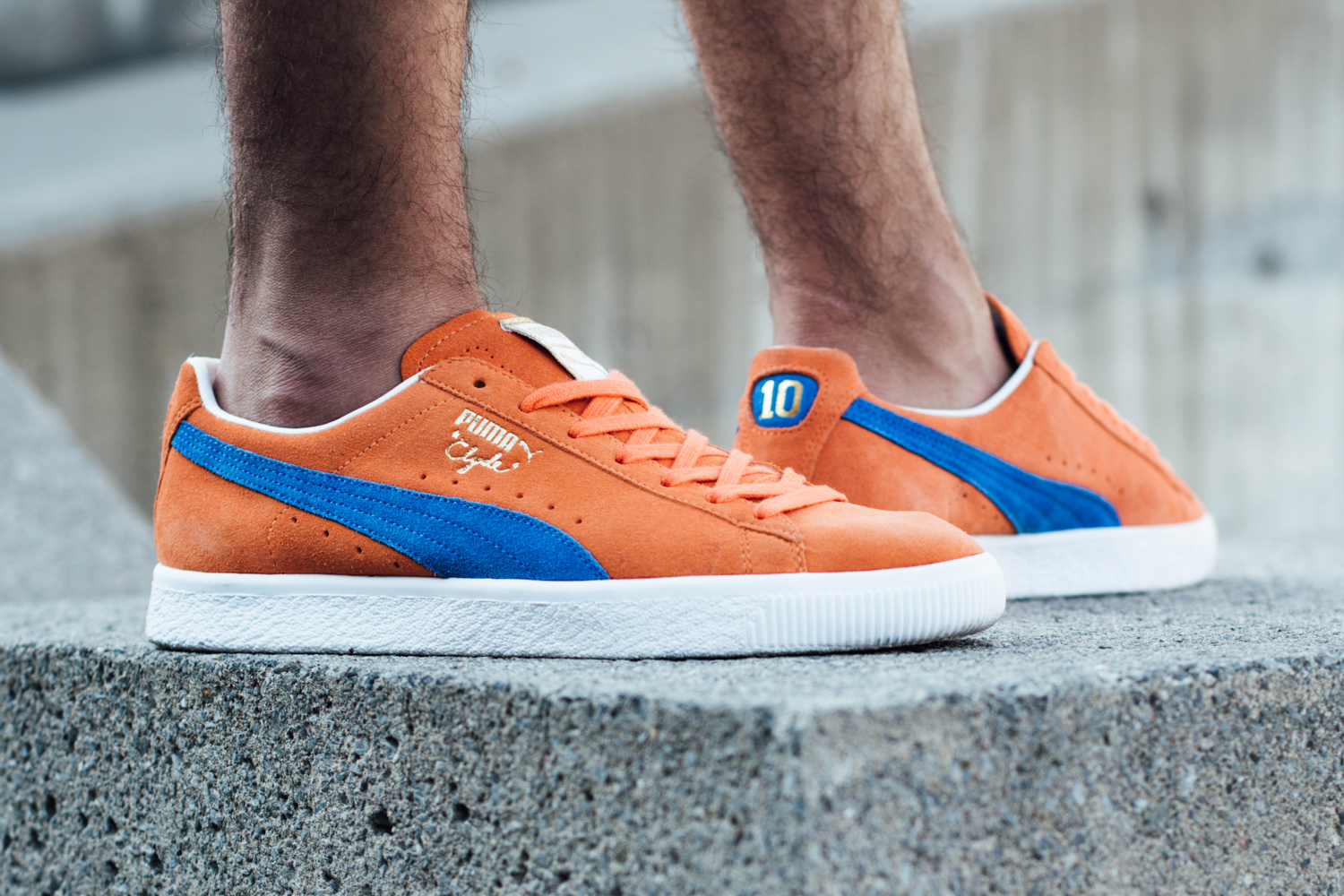 Basketball footwear has always been one of the core output's from PUMA, with their suede low-top's cementing themselves with a variety of worldwide cultures. Earlier in 2016 we saw the return of Walt Frazier's signature shoe in a trio of OG colourways that encapsulated the original essence of the style, and PUMA have returned to the silhouette for a new colourway that pays homage to the story behind the shoe. 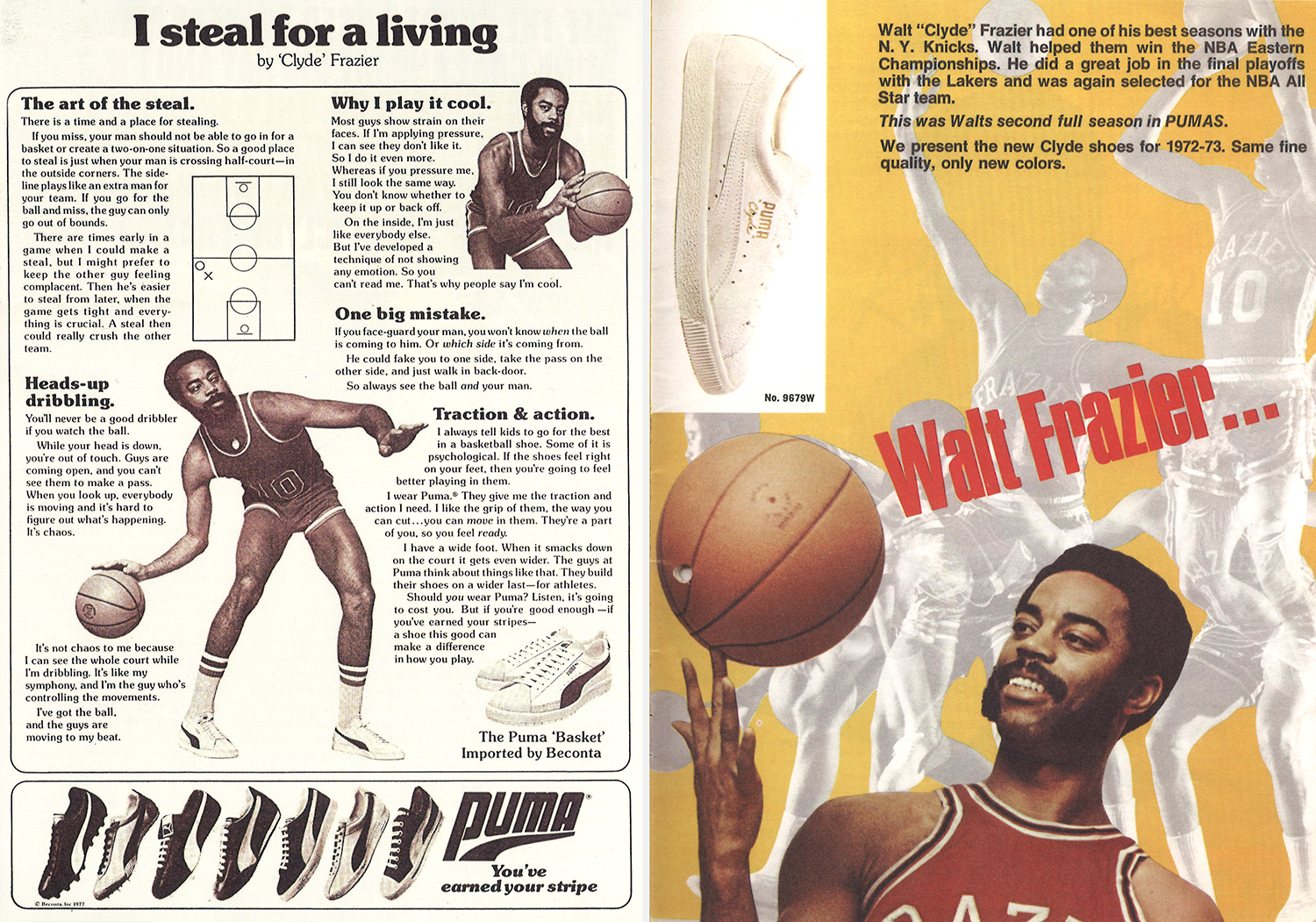 The Puma Clyde ranks among one of the companies most iconic shoes in it’s extensive back catalogue. Sitting alongside it’s fellow formstripe comrades the Suede and States, it’s one of the most versatile shoes in the brands offering. Fairly simple both visually and technically, the Clyde was one of the first signature basketball shoes ever, whereby an athlete fully endorsed the style and the shoe bore his name in lights across the side. Famously renowned for his off-court swagger, the clean-cut suede upper on the low-top profile reflected Walt Frazier’s personality perfectly. Regularly turning up to games in a Rolls Royce, rocking full mink get-ups together with his trademark suits and completing the look with his signature hat, Frazier was the NBA’s undisputed king of style. 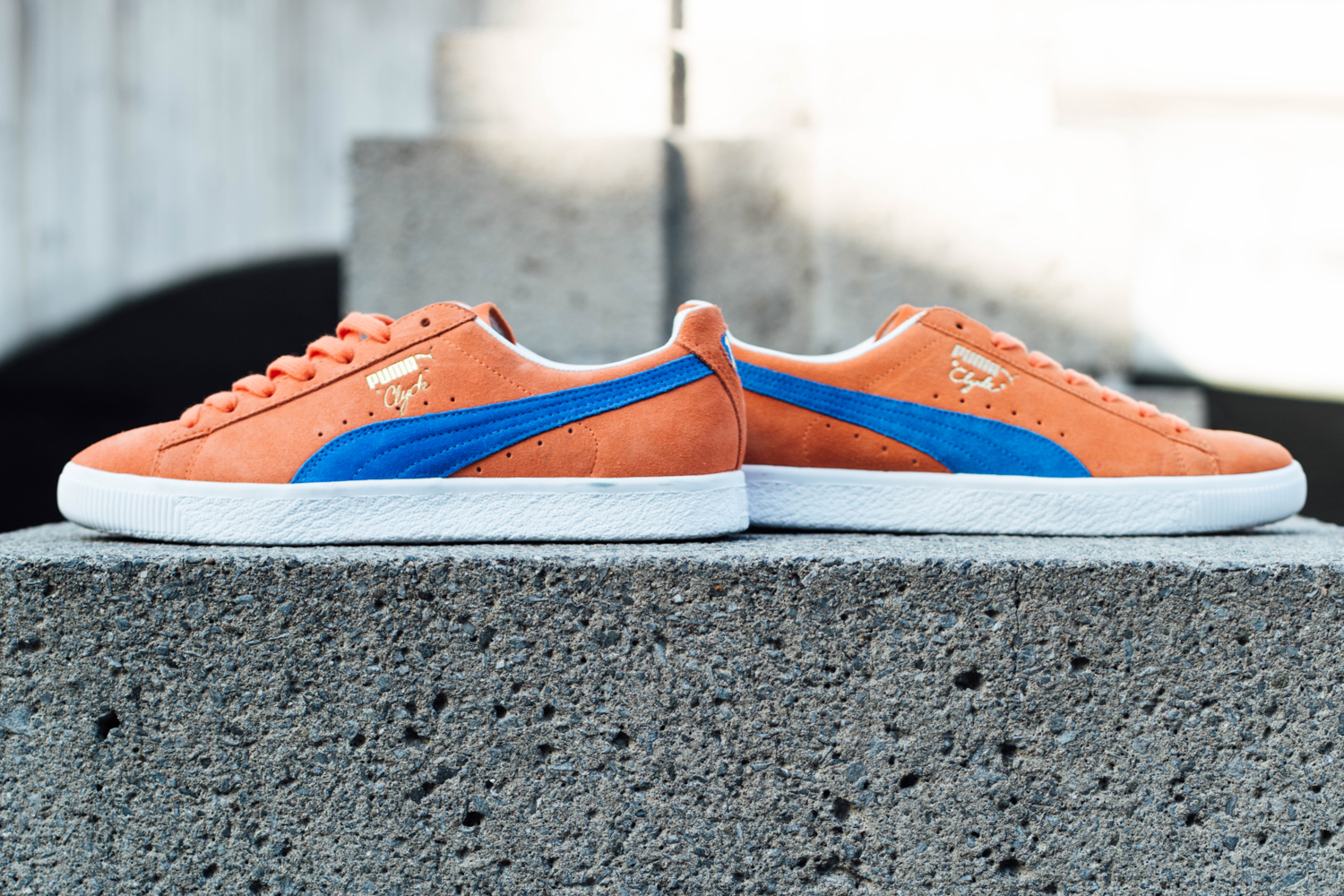 PUMA continue their celebration of the Clyde this year with a vibrant new colourway paying tribute to Walt's on-court career. Leading the New York Knicks to two NBA championship's during his 10 year tenure at the team, he's undoubtedly one of the greatest players to grace the team since their inception in 1946. This latest rendition of the Clyde see's the Knicks' unmistakable colour-combination brought together on one shoe, with orange acting as a base layer finished off with cool blue hits on the formstripe and heel panel. A gold foiled '10' is embellished onto the heel of each shoe, representing Walt's debut jersey number for the team which was retired in 1979, shortly after he left the team for the Cleveland Cavaliers. The PUMA Clyde 'NYC' will be available online and in our Amsterdam, Carnaby St and Manchester stores only on Friday 18th November, priced at £65. 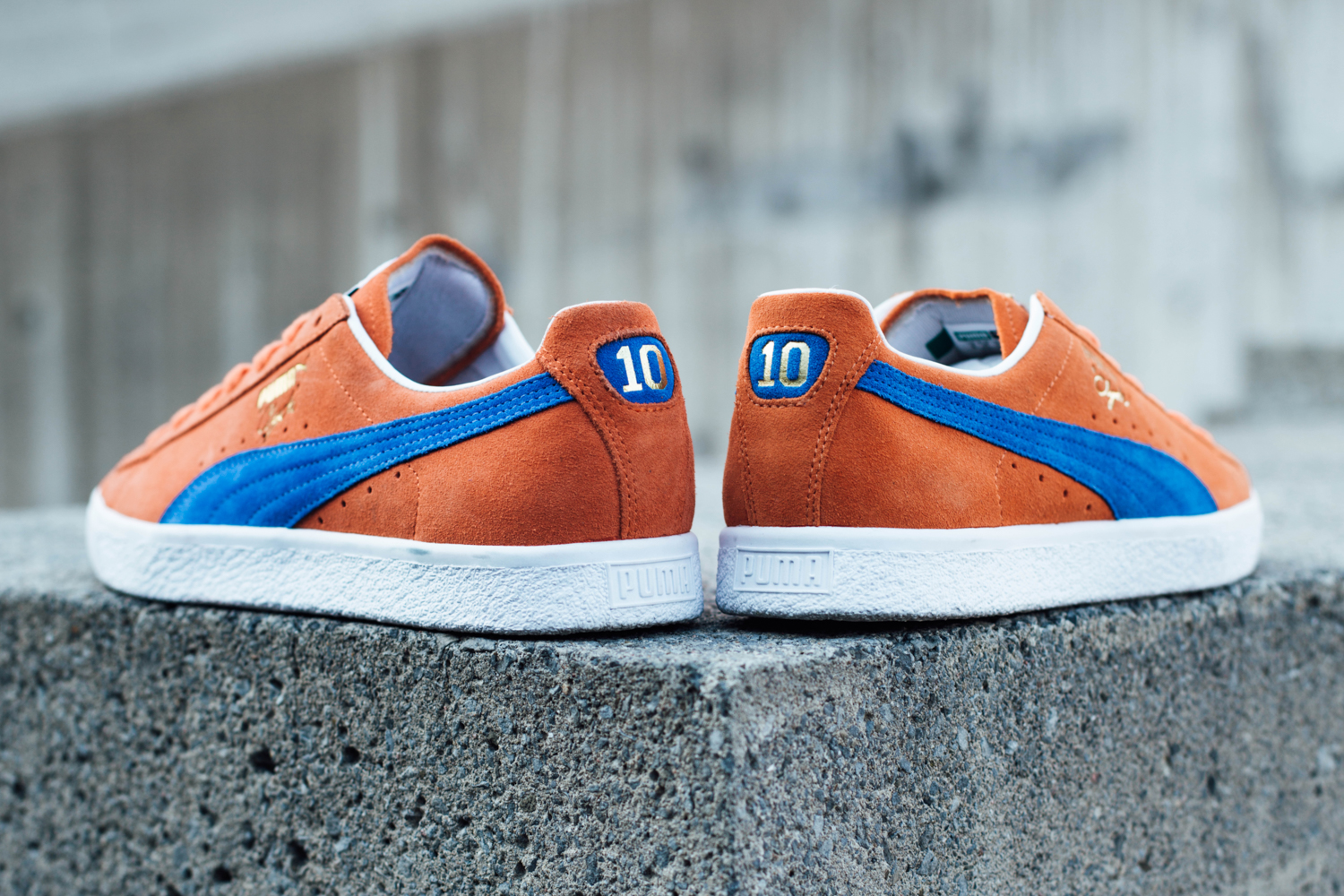 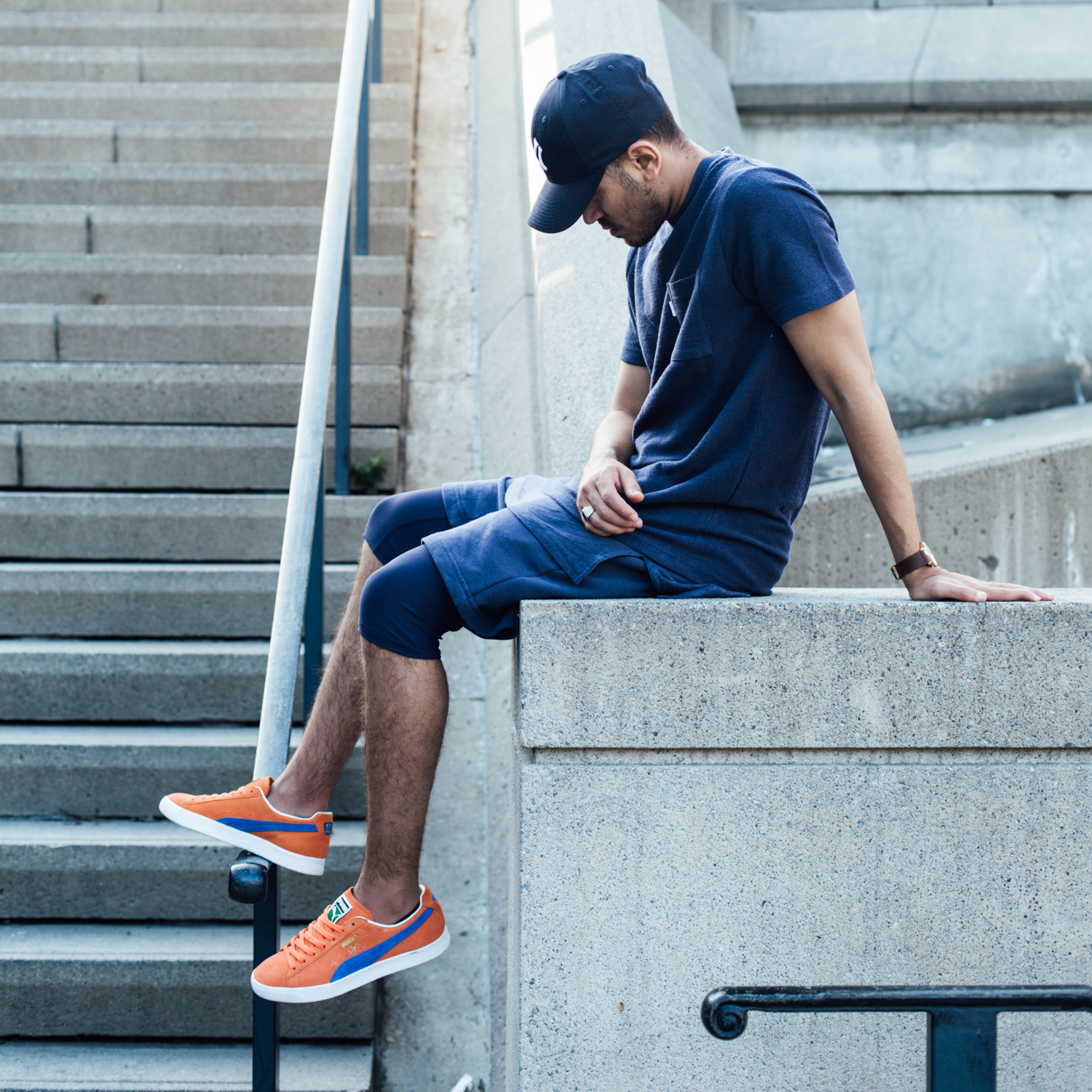