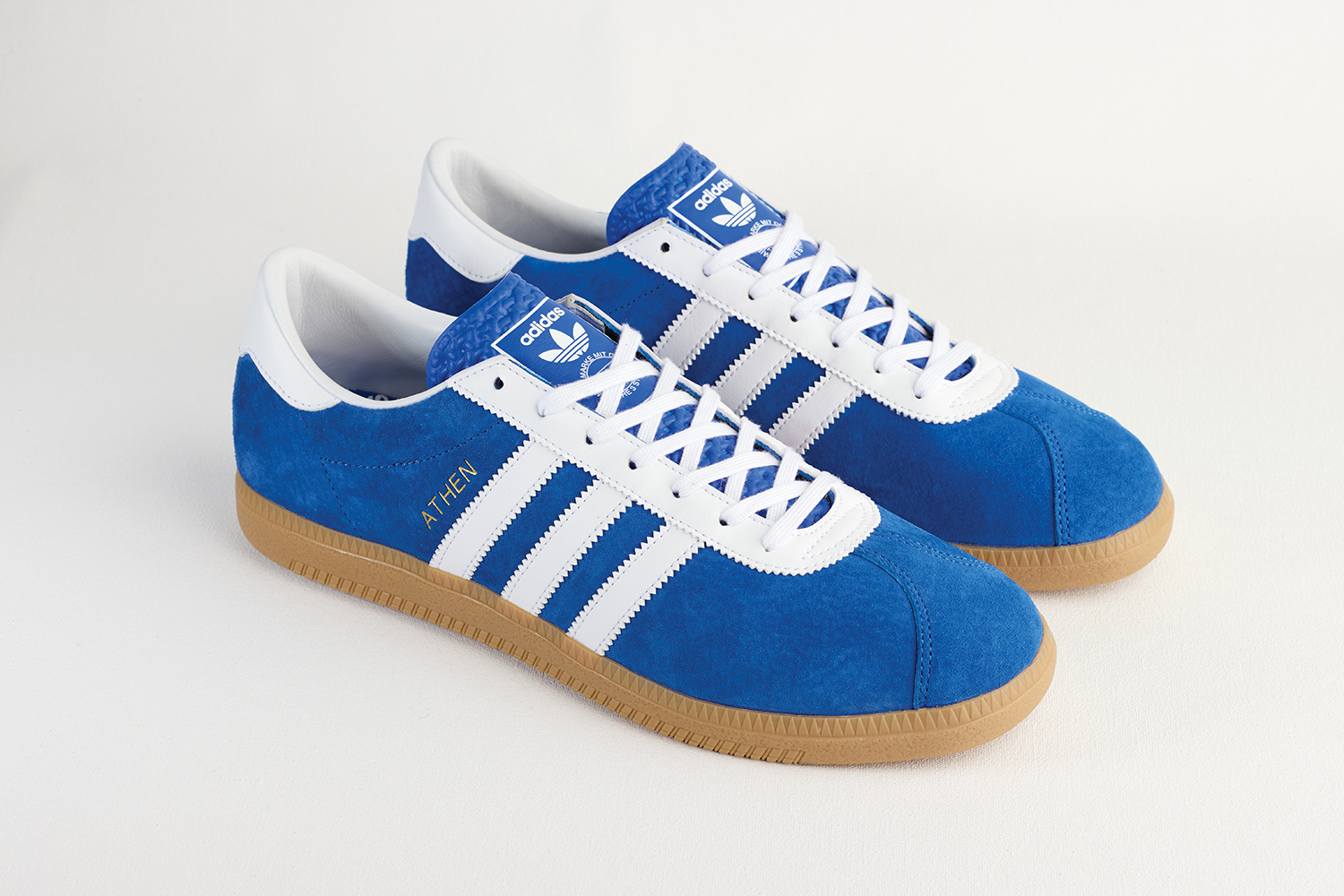 Following on from last month's release of the 350 Suede, we bring you the latest addition to our ongoing Archive collection with adidas Originals, the Athen. A bring-back of the original colourway, the blue & white combination pays tribute to the colours of the greek flag, and the spiritual home of the Olympic Games. Interestingly, it was originally released under the name 'Jaguar' in 1967, later switching to the Athen moniker in 1968 to fall in line with the increasing number of City Series silhouettes releasing around the same period. A lot of the City Series shoes of the time bridged the price gap between the premium Gazelle and the more budget Rekord, resulting in an affordably priced training shoe suitable for both an active lifestyle and casual wear. 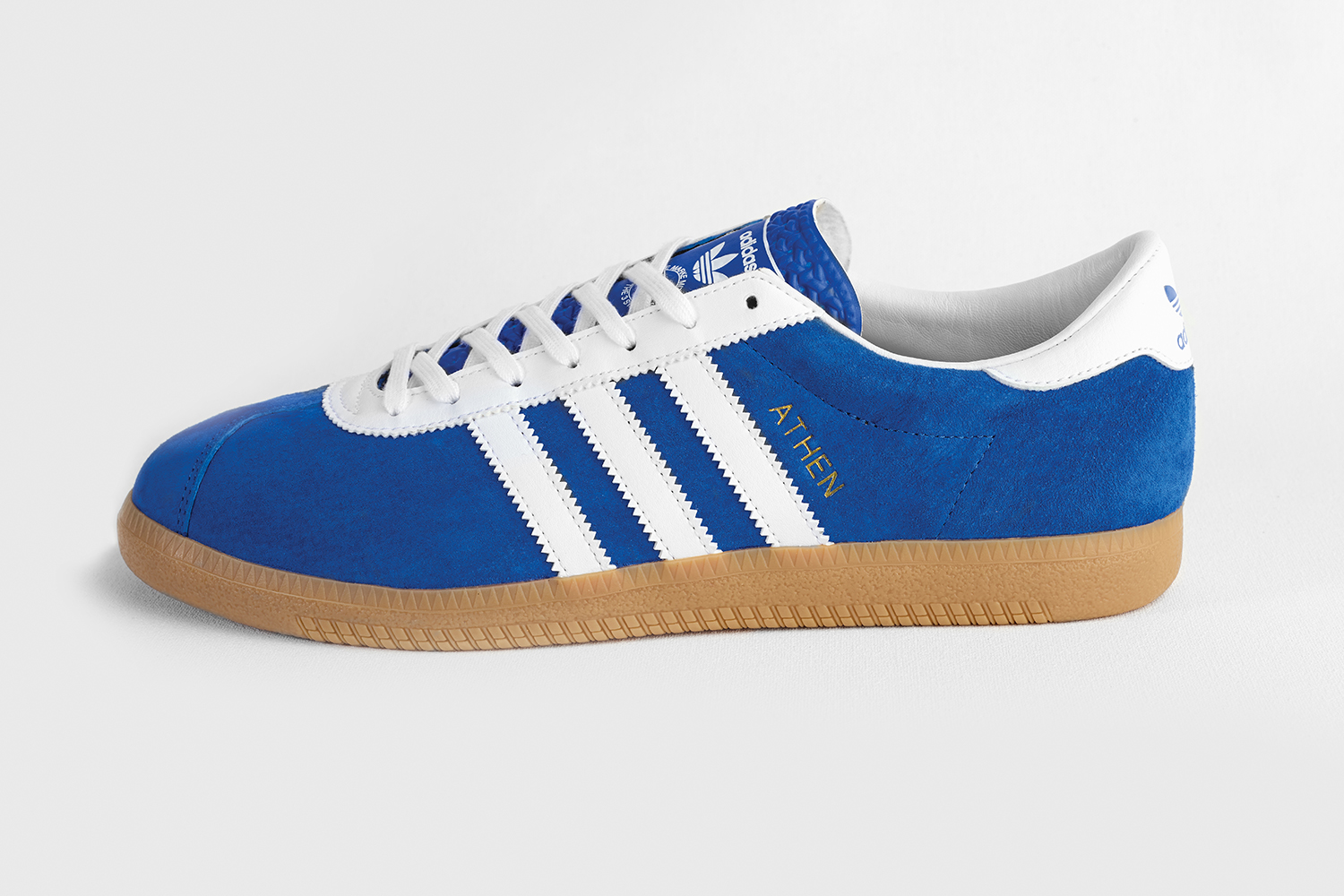 Over the years of developments and re-issues, the shoe has been altered several times due to manufacturer changes. Beginning with a ripple sole, Continental were then responsible for the hexagonal design used on the 1970 version. Later, an outsole similar to that of the Samba was introduced, and then in 1977 the 'Odenwald' sole with it's turning zone and 'suction cups' was decided upon, you may recognise it from similar City Series models like the 'Brüssel' or 'Bern'. The size? Exclusive adidas Archive Athen will be launching online at 8:00am via direct links on our Twitter page and in all size? stores from their respective opening times on Friday 21st October, priced at £80. We're also hosting a special launch event for the release of the Athen in our Manchester store on Thursday 20th from 8pm-10pm, places are extremely limited and it will be on a first come, first served basis. More details to follow this week... 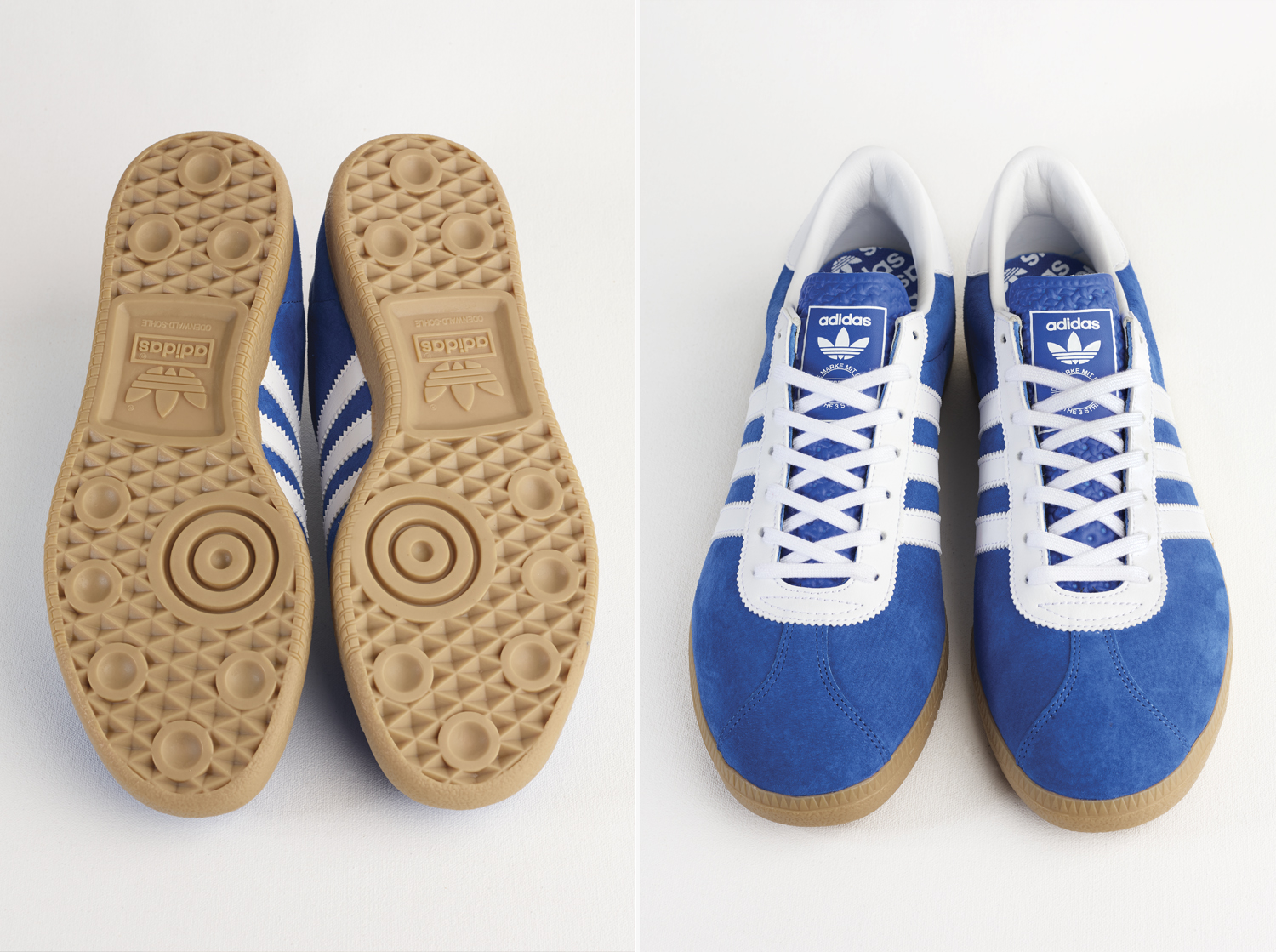 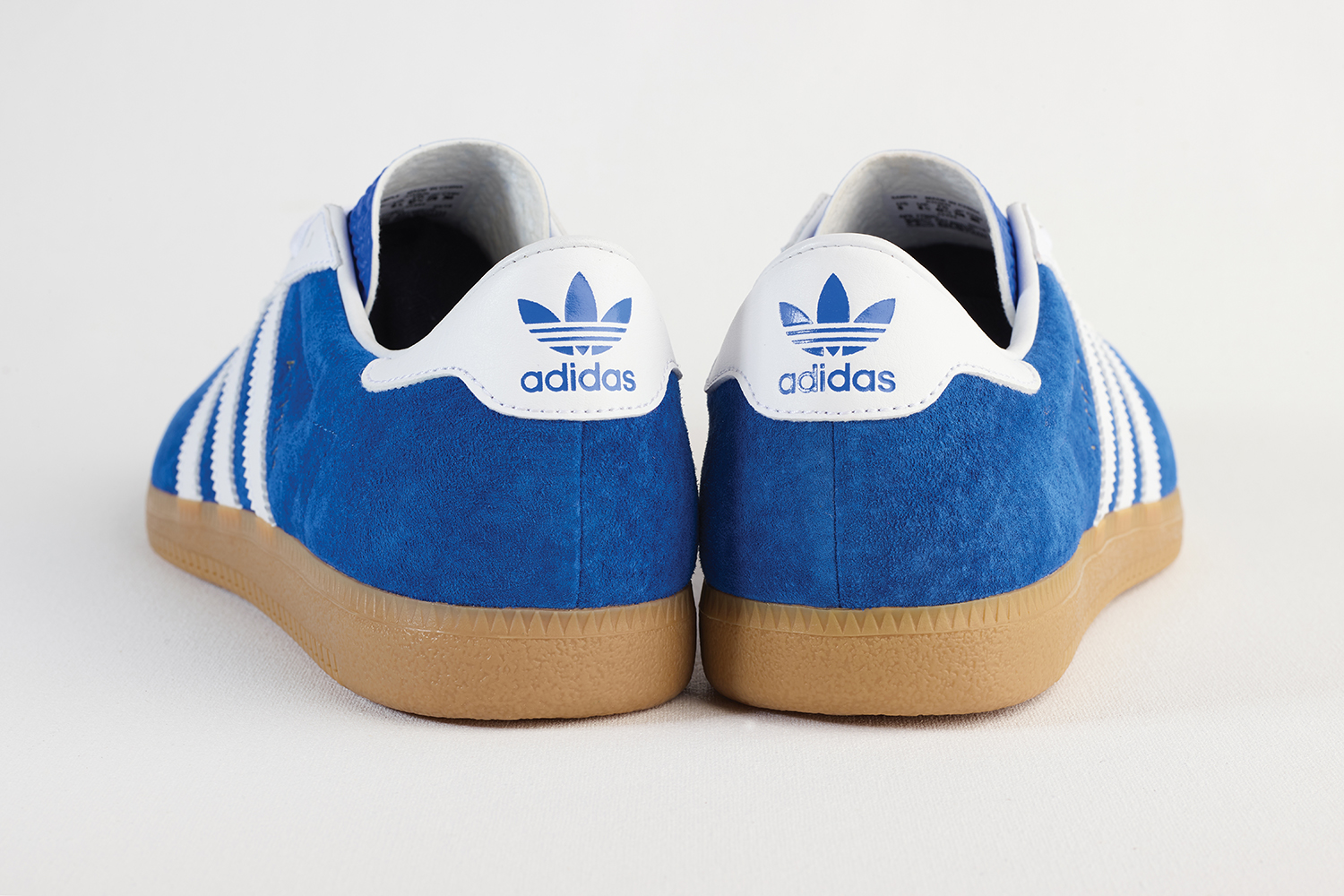