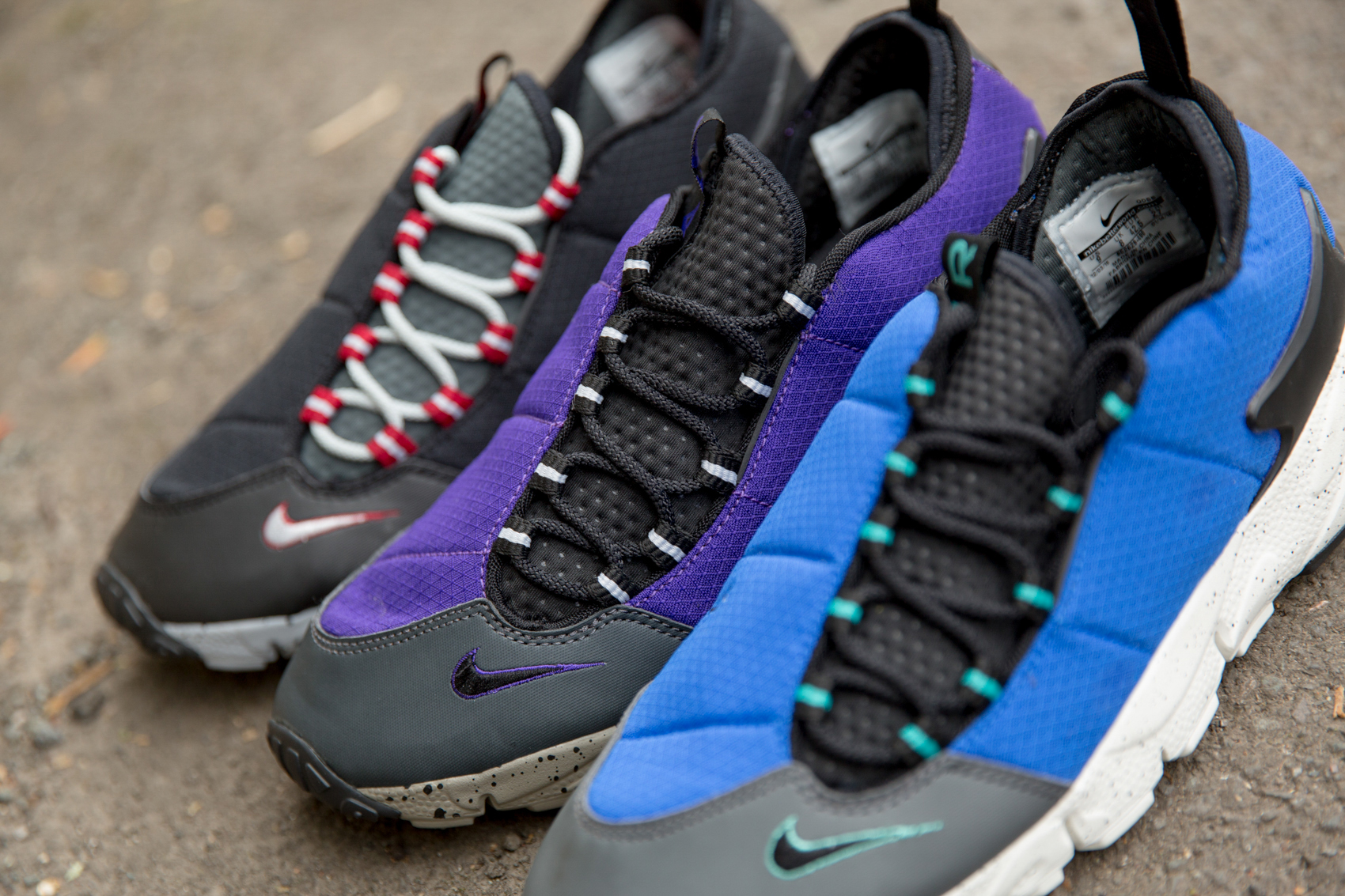 So far this year we’ve seen the return of a few of the more obscure styles from Nike’s vast back catalogue, with the Talaria, Presto, and Sock Dart all receiving warm welcome’s by the fresh eyes who may not have seen them the first time around.  The next shoe that we'd place into the same category is the Air Footscape. Originally released in 1996, the Footscape took technical design cues from orthopaedic shoes which benefited the wearers feet. The off-centre lacing helped to relieve tension from across the top of the foot, and area where many key tendons lie that can be constricted by tight laces during running. We took a look back at the evolution of the Footscape to see how it's DNA has altered over the past 20 years here. 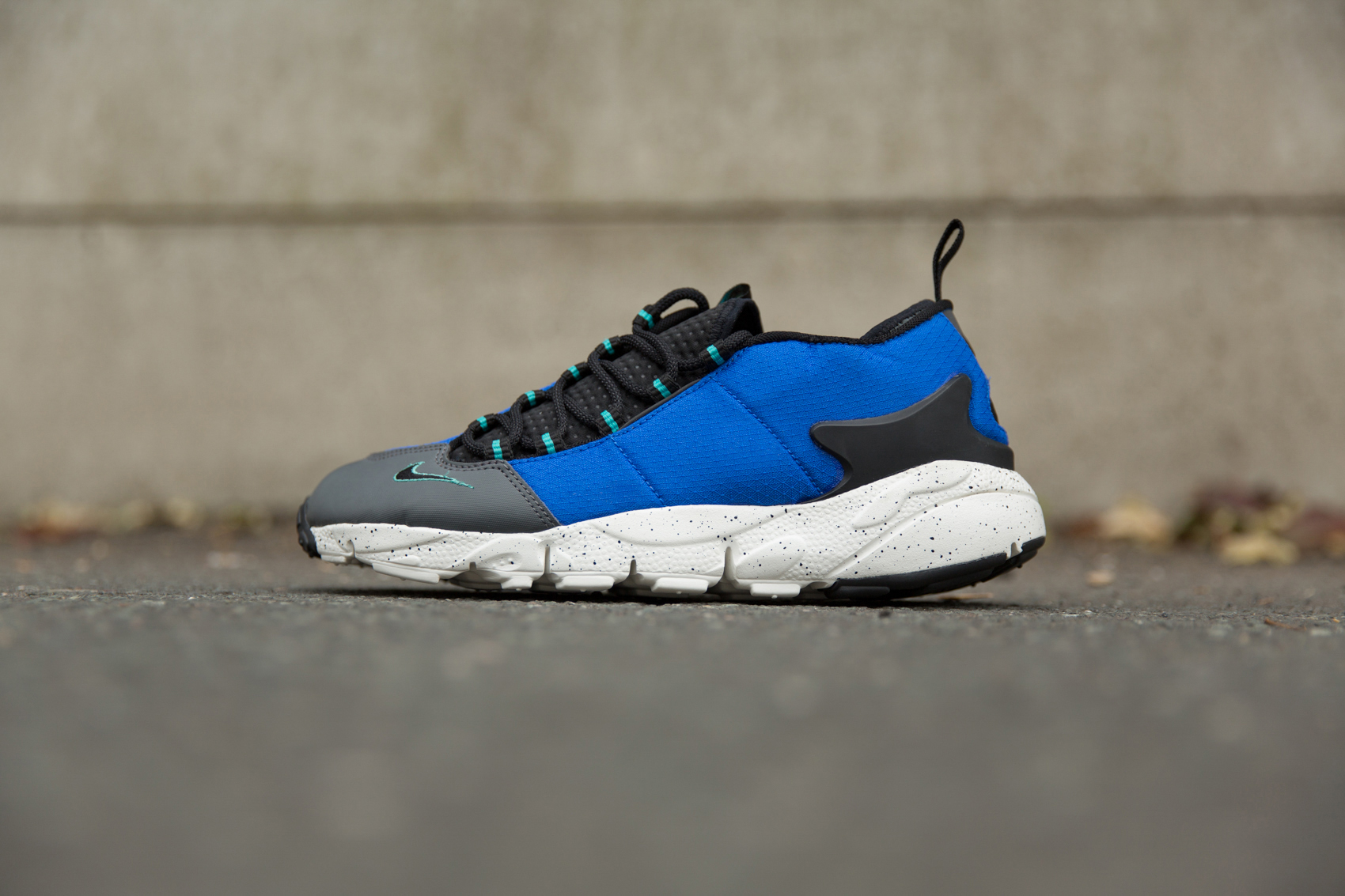 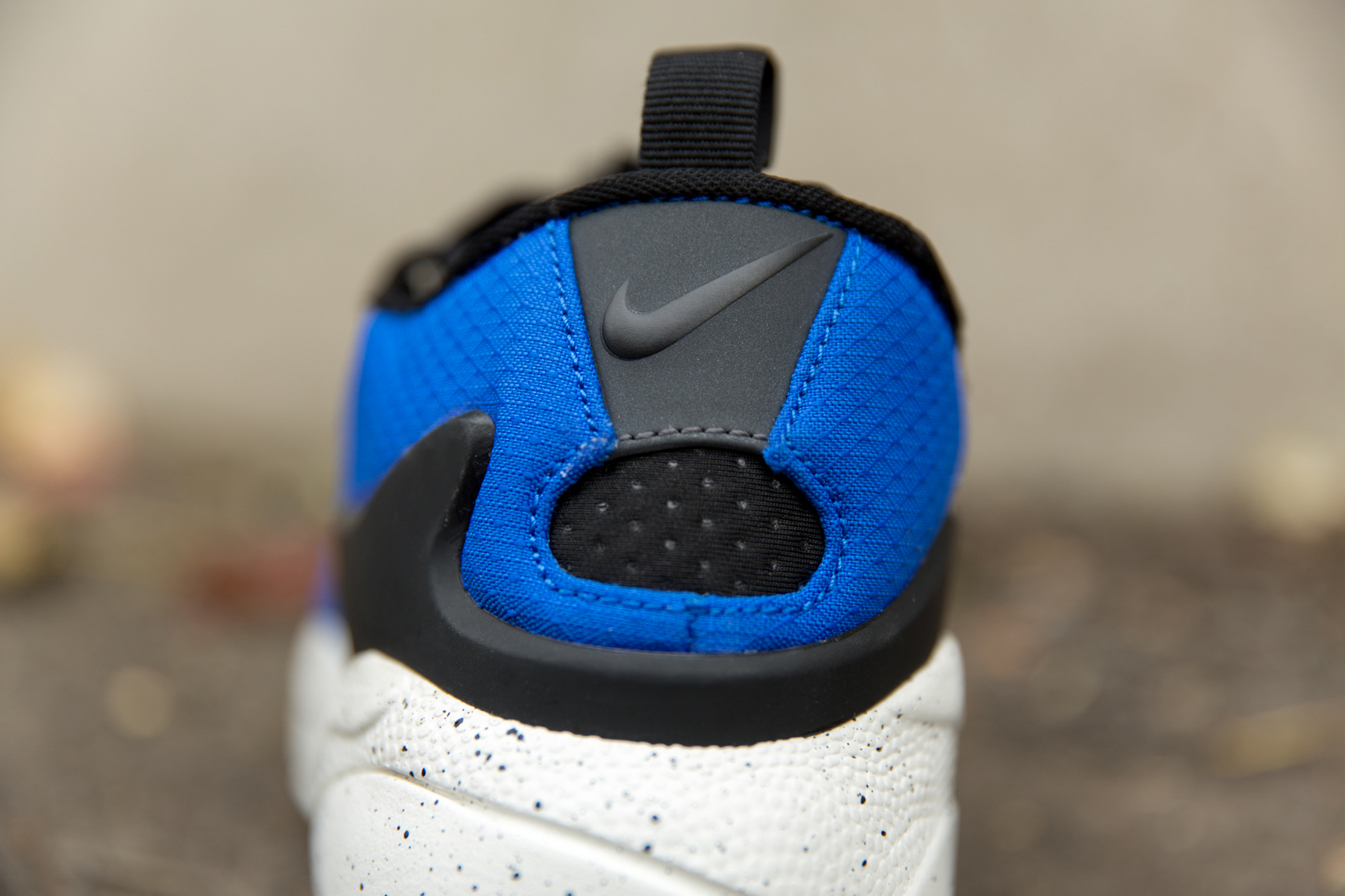 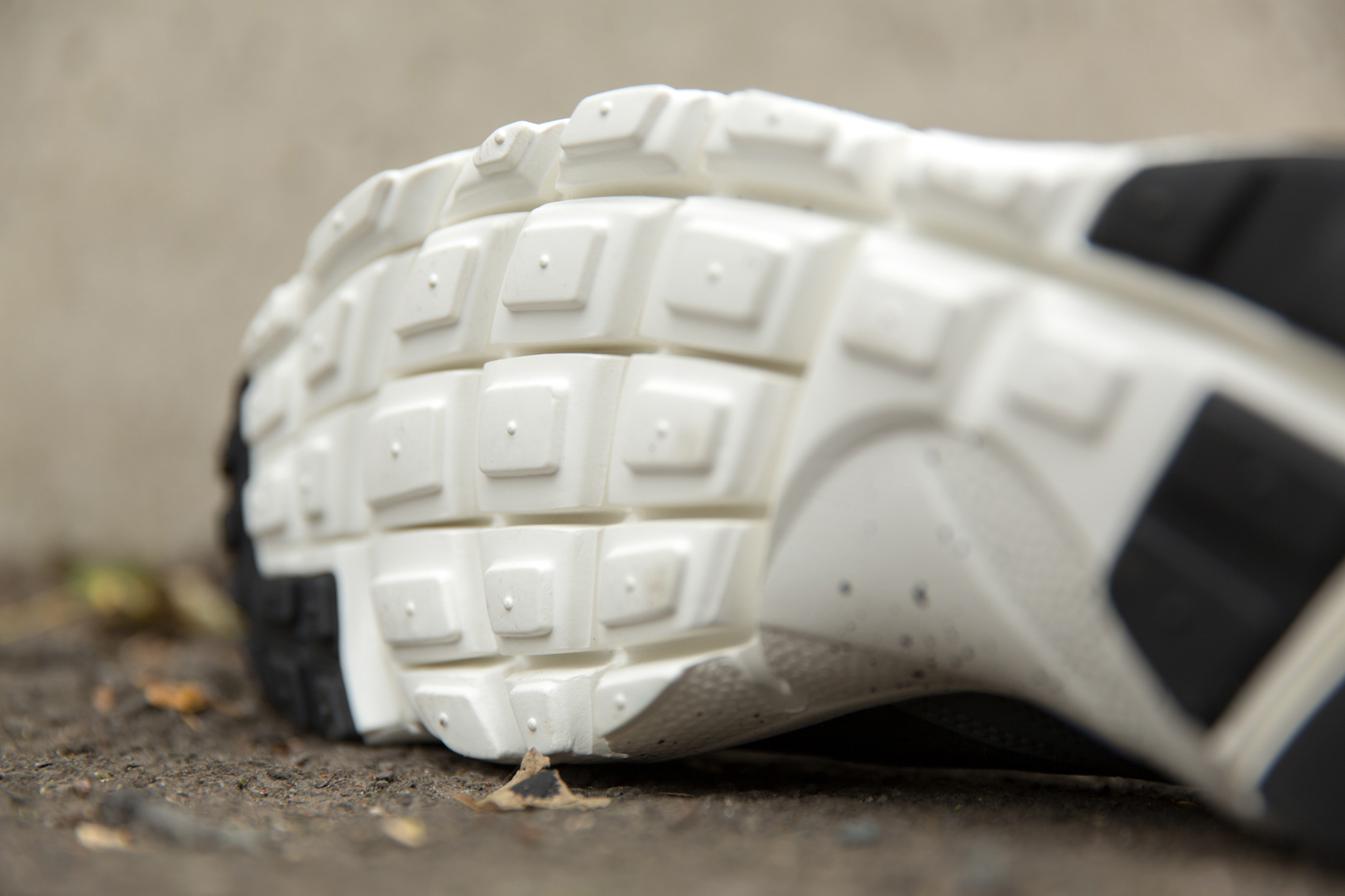 Over the years of it’s evolution the Footscape has seen a few alterations to it’s tooling, in particular the addition of a Free Motion midsole present on this version. The ridged grooves were placed specifically to further enhance comfort and flexibility in the forefoot. 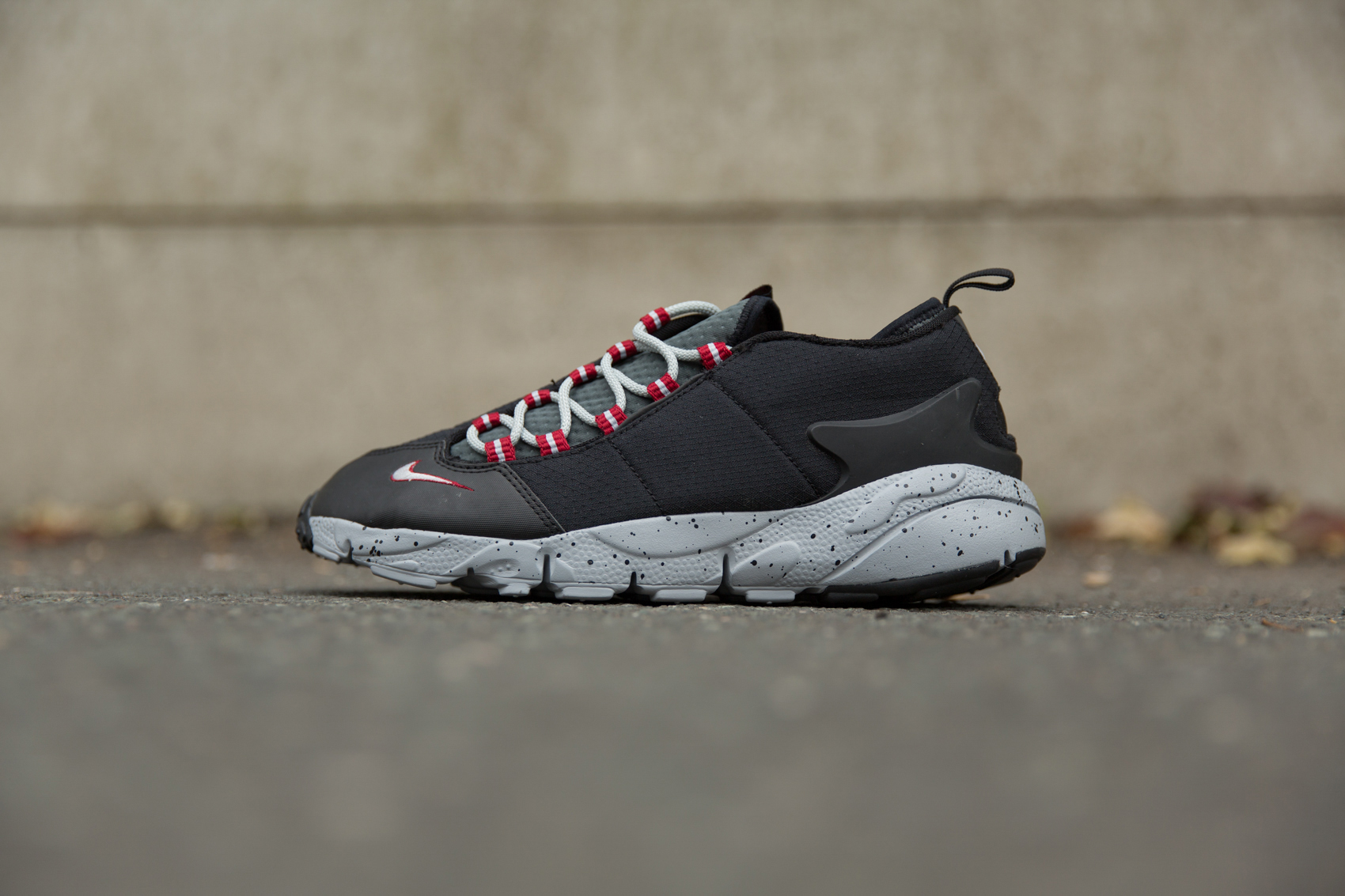 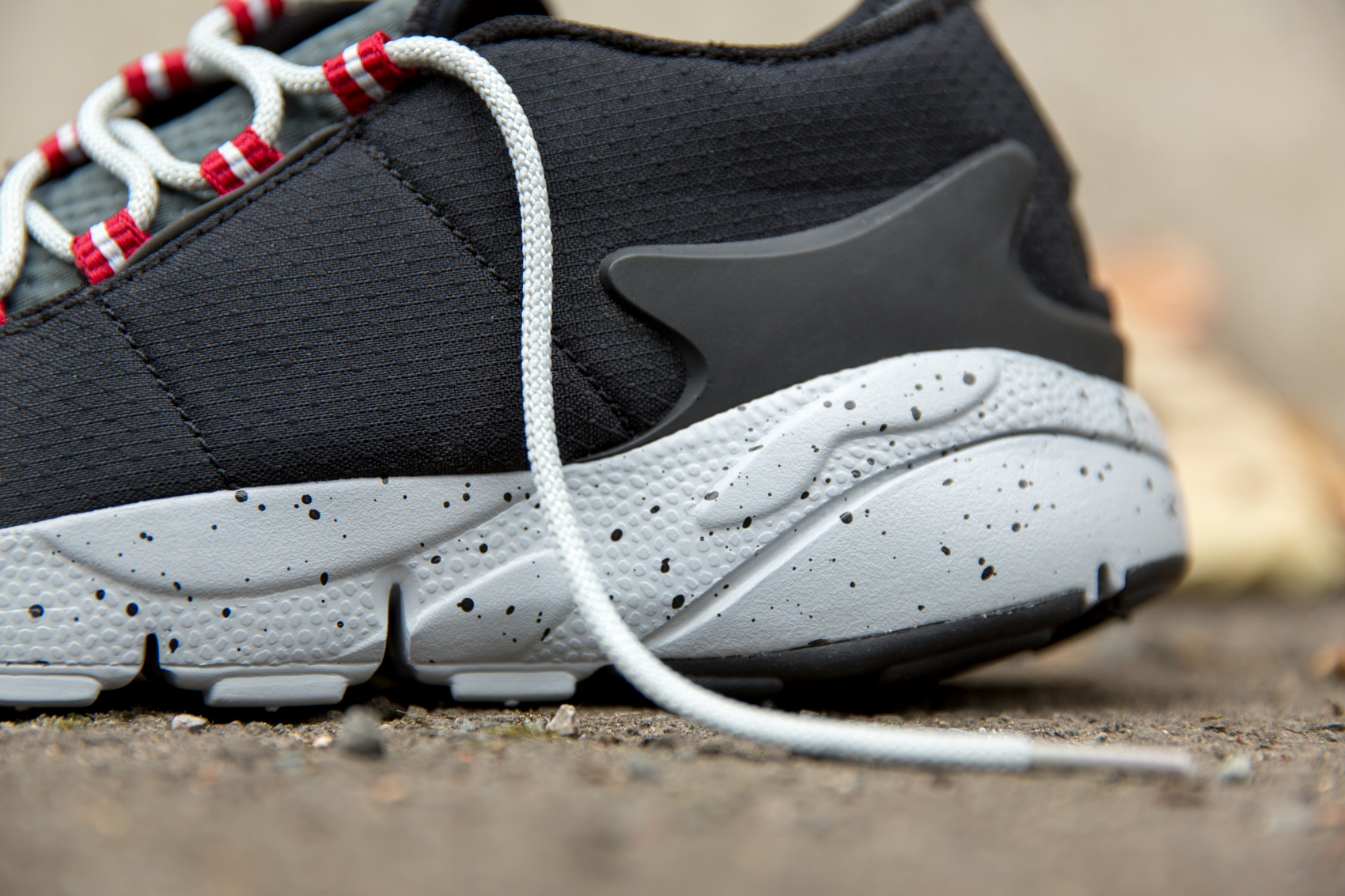 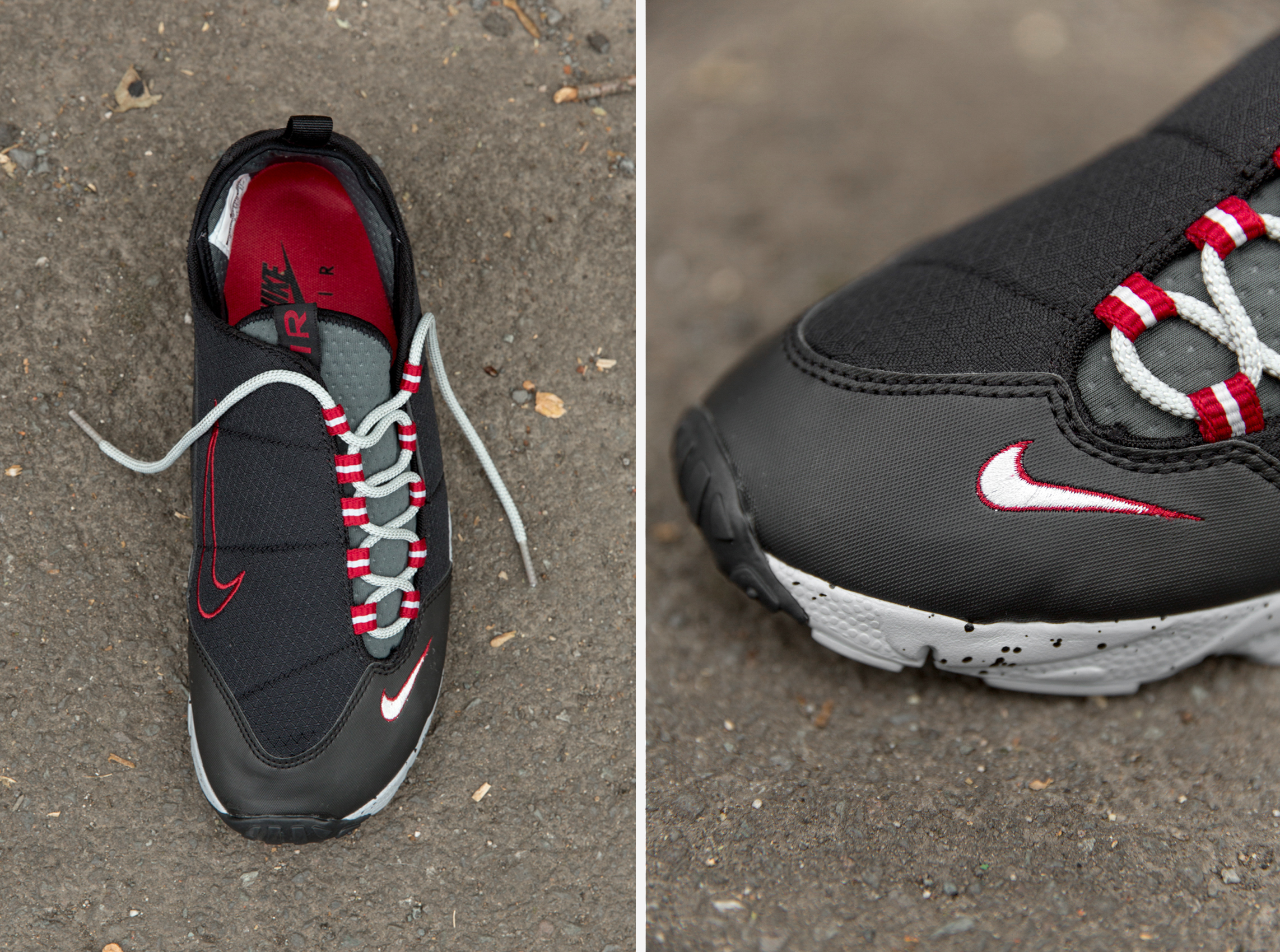 Following on from the 'Sakura' release earlier in the year, this latest Footscape pack take's colour inspiration from the three original colourways released back in 1996. The blue and black were the first men's versions, with the purple accompanying as a women's only release. Upgraded with the Motion midsole, the upper has also seen a revival with the use of an all over ripstop style nylon in place of the original mesh. The iconic asymetric lacing system is present as always, it's 'wonky' ghillie lacing being the main characteristic that sets the Footscape apart from the rest. The signature suede toe has been replaced with a hardwearing rubber, more of a suitable material for the British winter. Embroidered swoosh branding sits on the toe and in-step, and small hit's of reflective 3M sit alongside the laces and rear panel. All three colourways of the Nike Air Footscape Motion 'OG' will be available online and in selected size? stores on Friday 14th October, priced at £110. 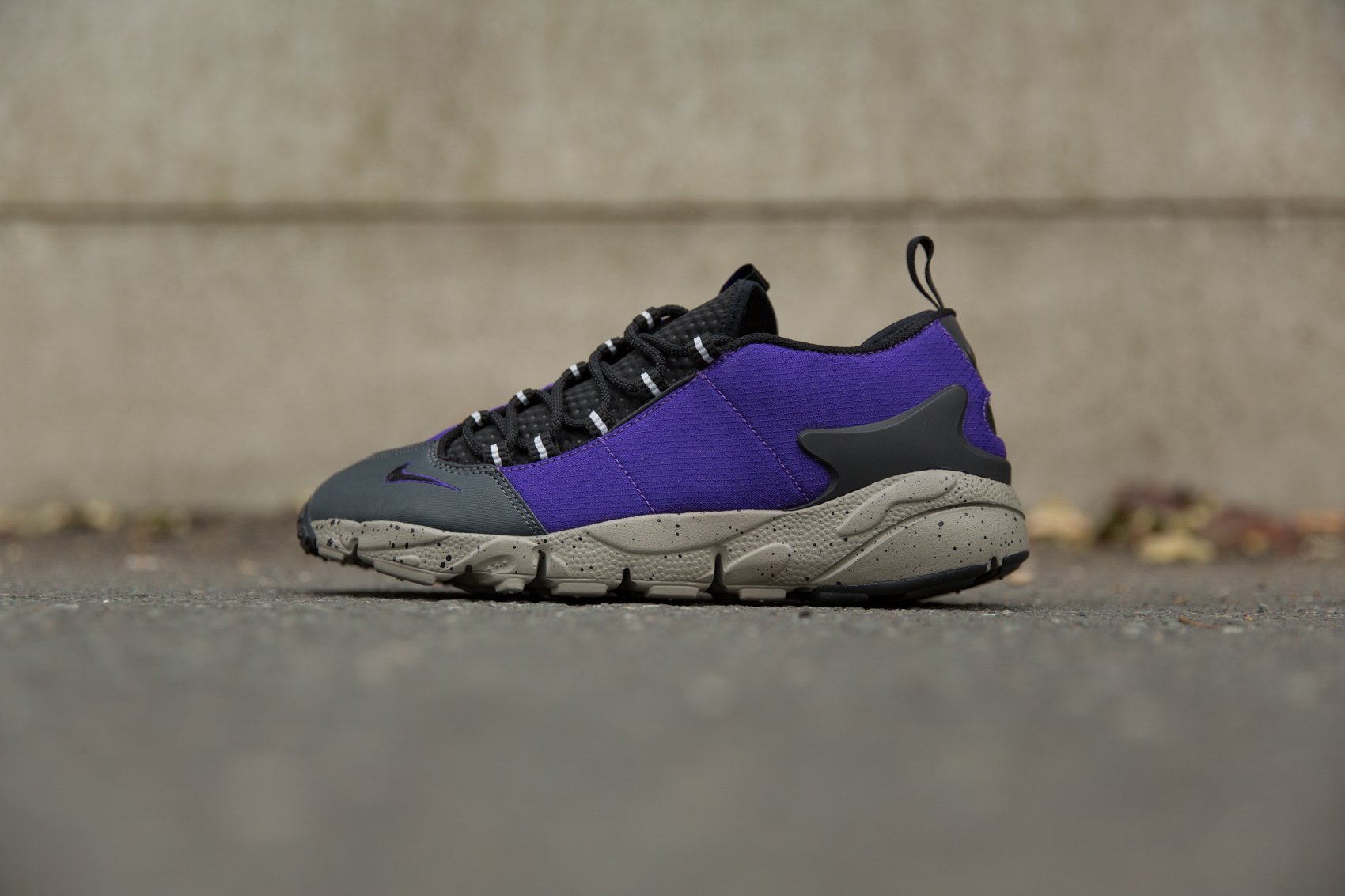 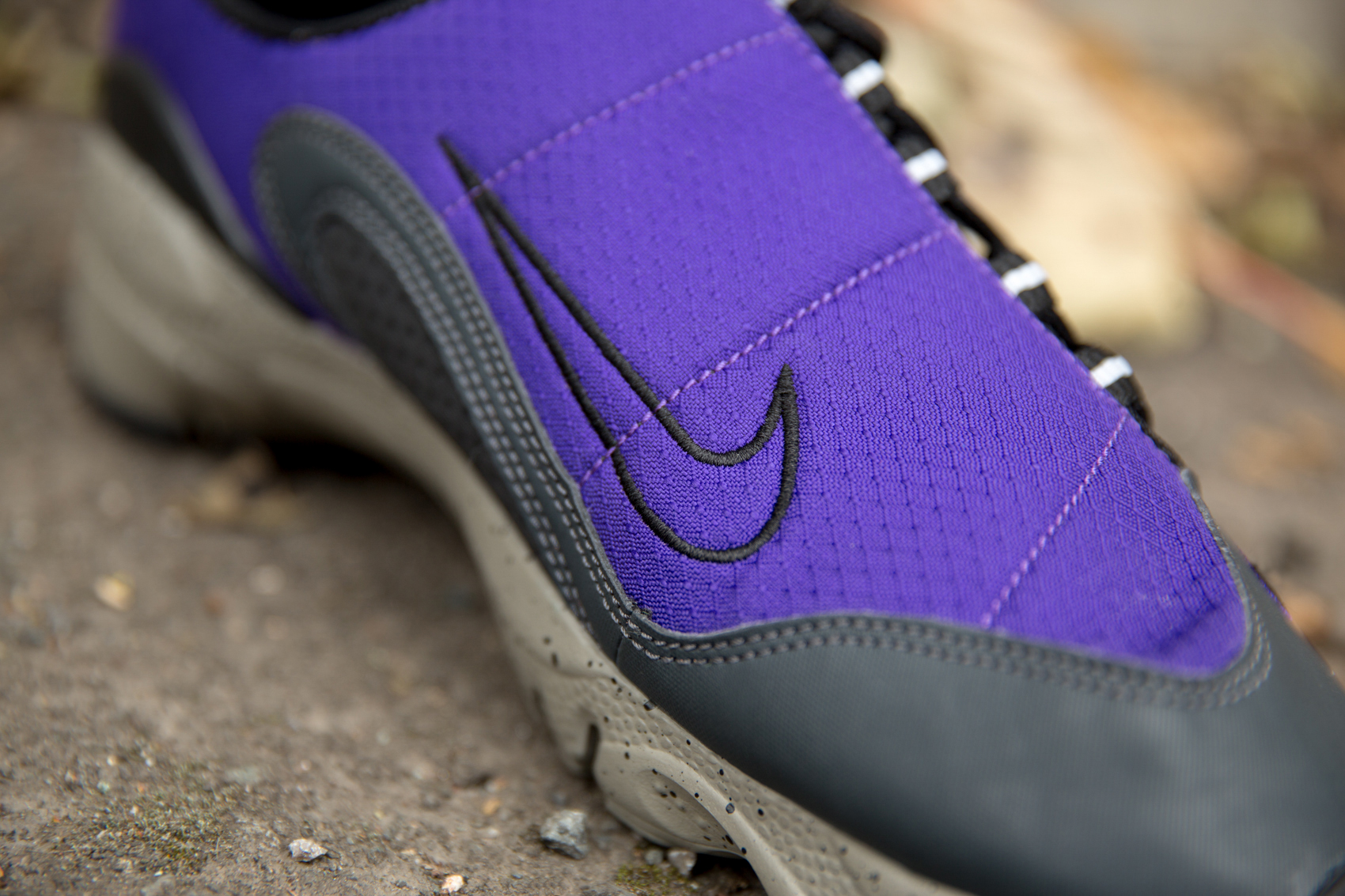 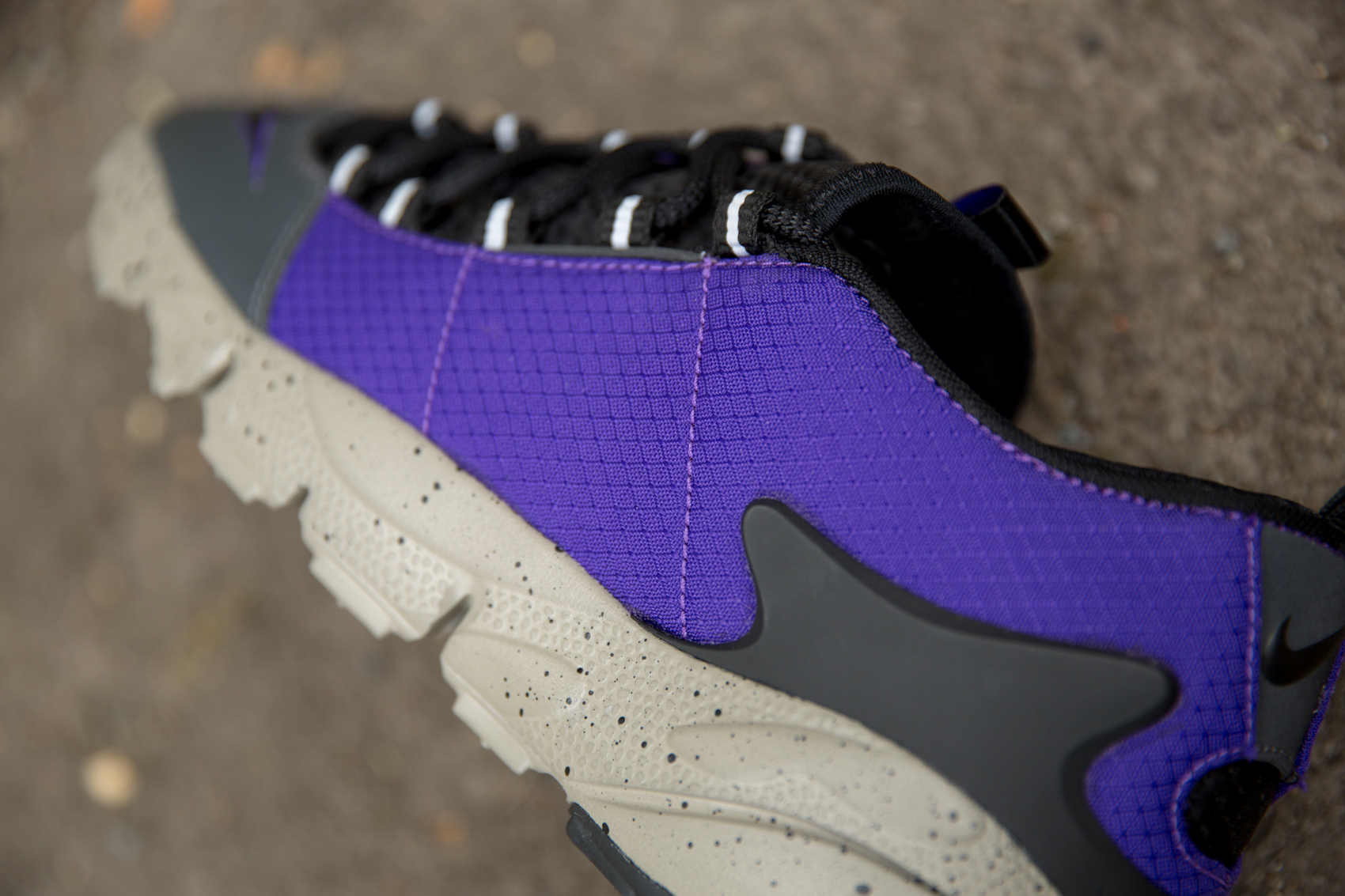 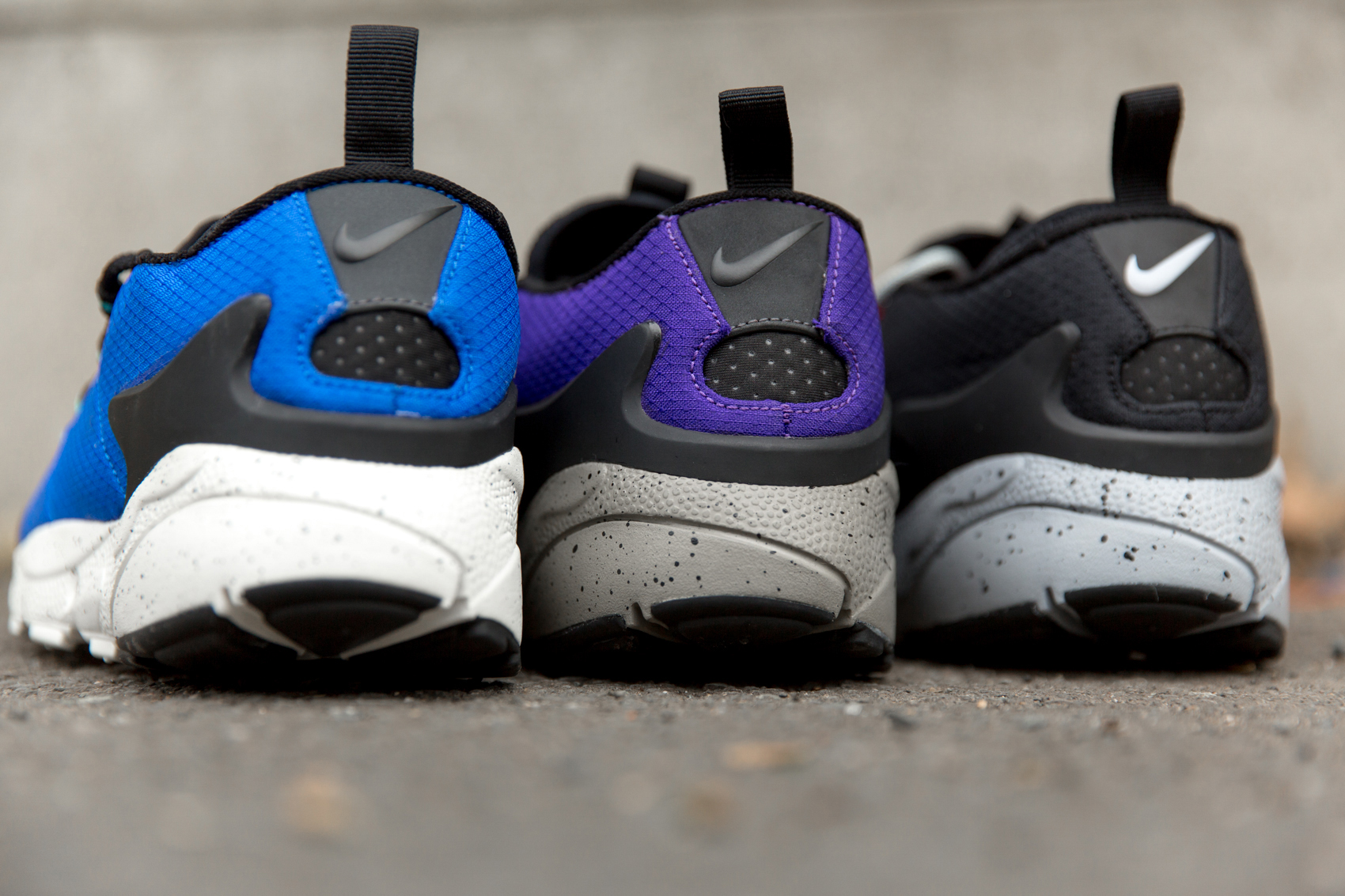