With the news coming from Nike that the Mag will finally release to the public, Nice Kicks took a look at back some of Tinkers initial concept sketches of the mythical shoe. Every shoe that a footwear designer creates will eventually be released in the future, of course. Typically, that’ll be around 12-18 months later on, but back in 1988, Tinker Hatfield was working on a project set some 27 years in the future. The shoe, the Nike MAG, was to be featured in the “Back To The Future 2” movie a year later in the late 80s, and it would go on to become one of the most iconic sneakers in pop culture. 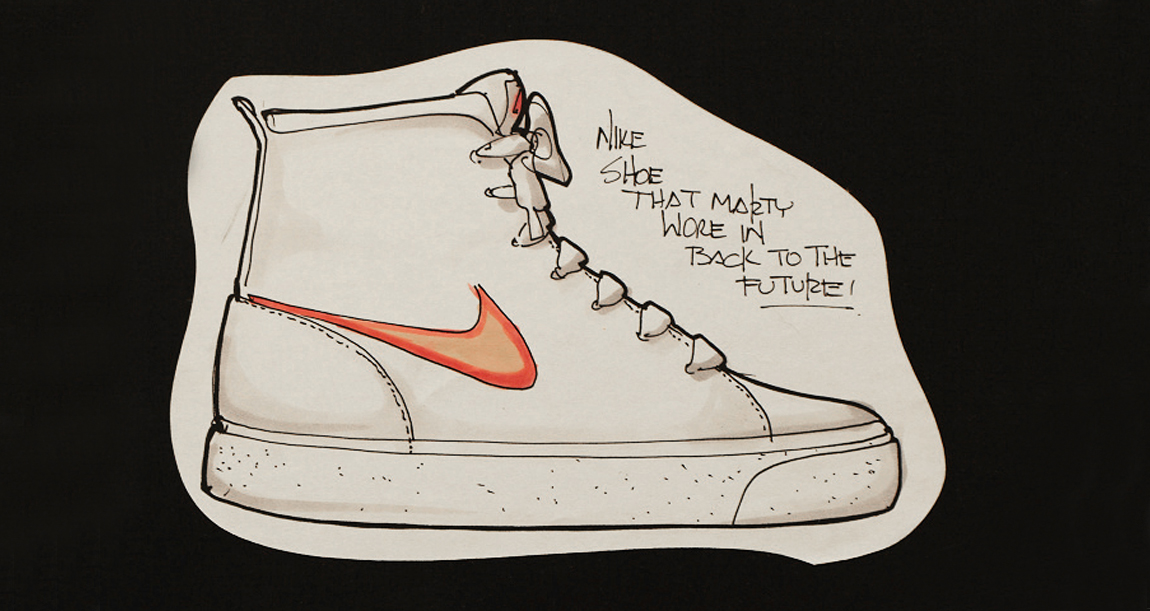 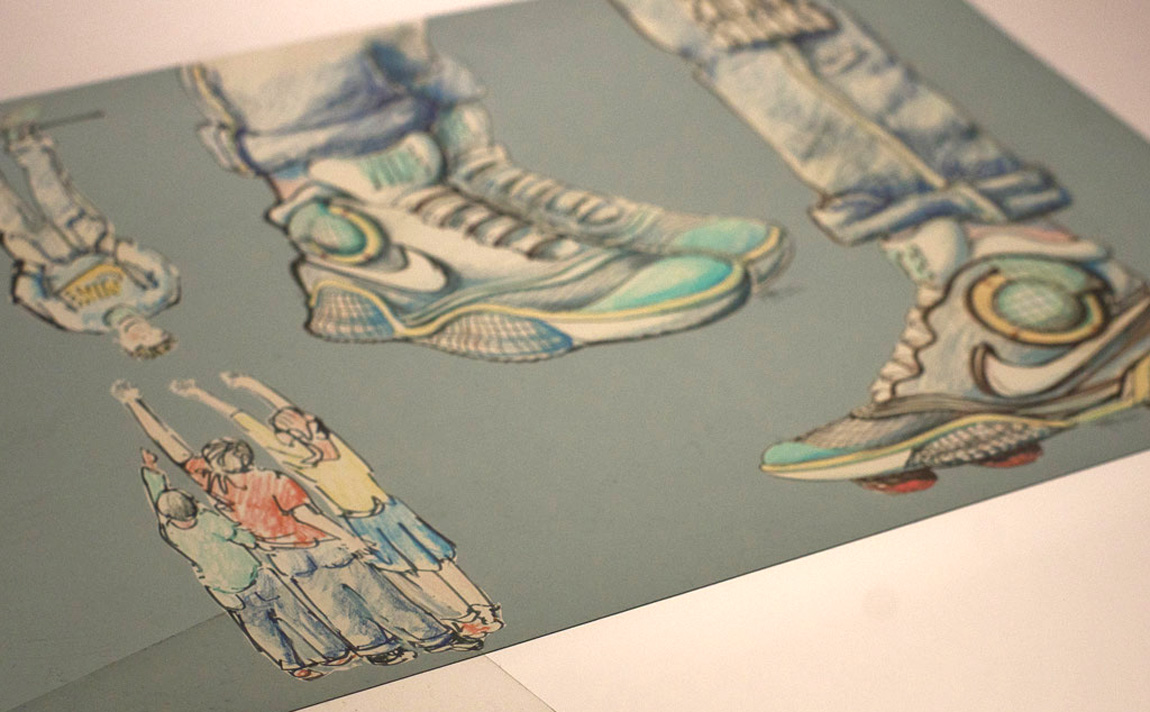 “In 2015, a sneaker is still a sneaker!” Tinker playfully noted on one sketch. 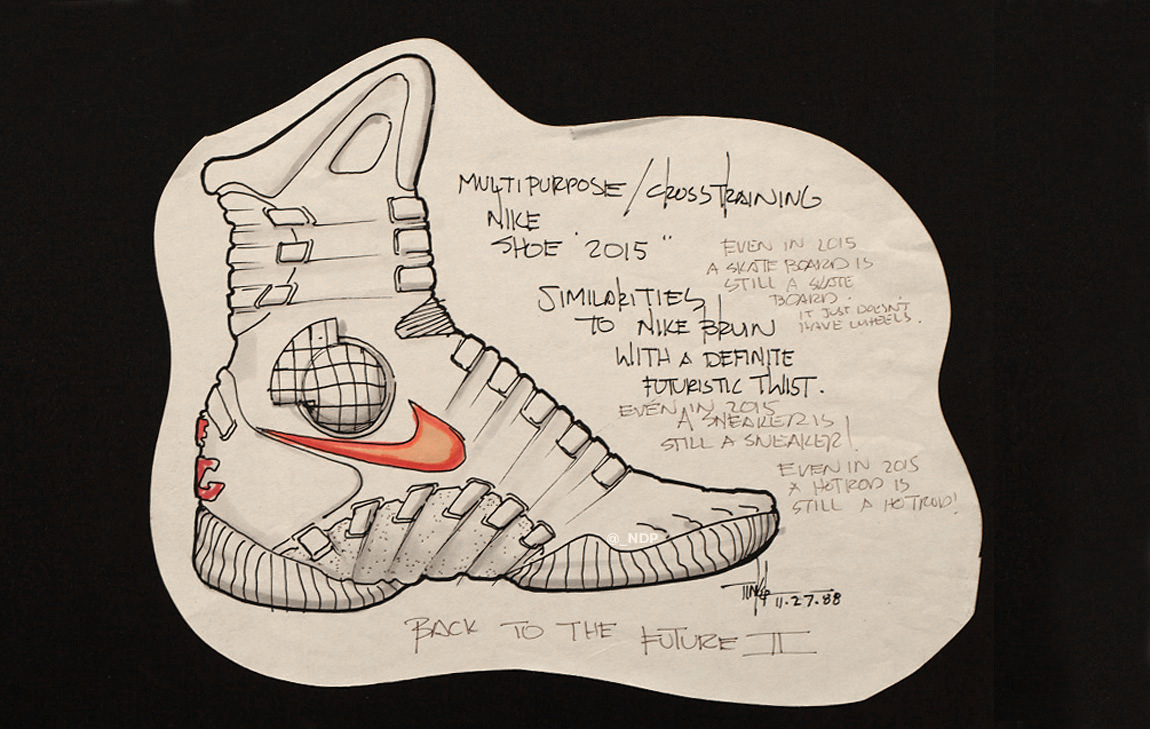 “I thought about the year 2015,” Hatfield recalls. “And I had a strong opinion that shoes might be somewhat intelligent and able to turn on and become alive in the future.”With that initial insight in mind, that shoes would incorporate power in some way, Hatfield sketched a veering, sleekened high-top sneaker with “power laces.” One sketch even featured “growing Air bags.” Please note: WE WILL NOT BE STOCKING THE NIKE MAG. Check out the Nike Twitter for more details concerning the launch. 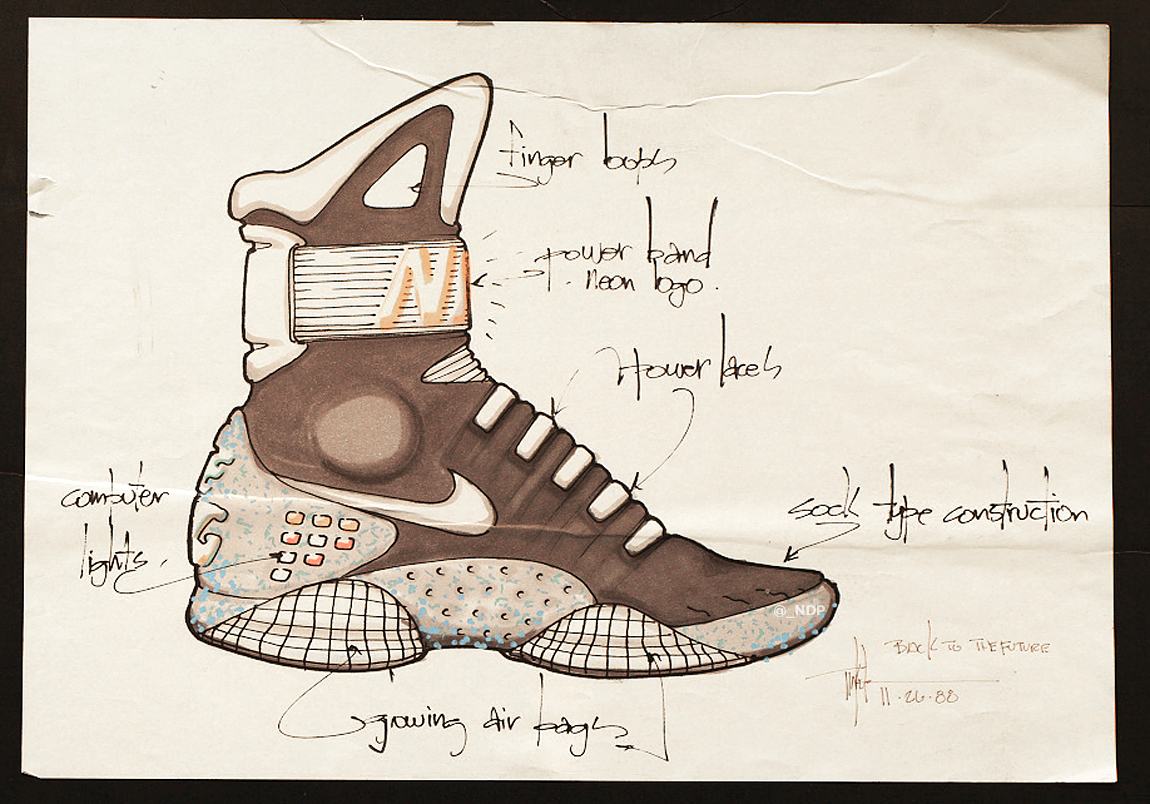 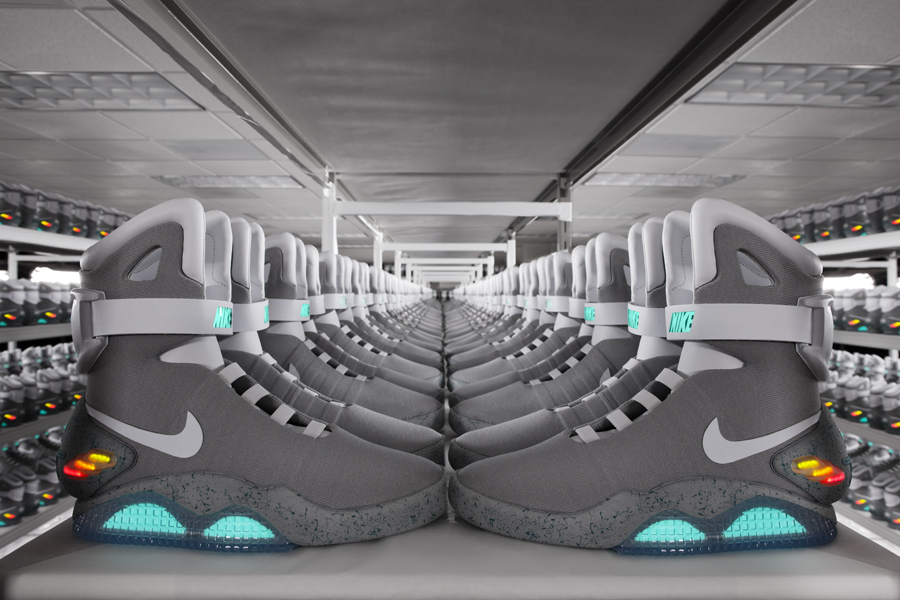