https://www.youtube.com/embed/X4cJFXJ_4l8 Puma have been plugging away recently to bring back some of the best shoes from their back catalogue, and one of their latest re-issue projects involved reviving the Clyde. For those who may not be aware, the Clyde was one of the original signature basketball shoe's of any athlete, and was created in collaboration with Walt Frazier. 'Clyde' was given the affectionate nickname shortly after joining the New York Knicks in 1967, due to wearing a similar hat to that of Warren Beaty who played Clyde Barrow in the movie of the same year, Bonnie & Clyde. Walt also had a habit of stealing the ball from players, and just like his namesake in the movie, adopted the strap line 'I steal for a living'. Although having already worn PUMA for several years, it wasn't until 1973 that he was finally awarded his signature shoe, with his nickname planted on the side of the low-top in bold gold foiling. 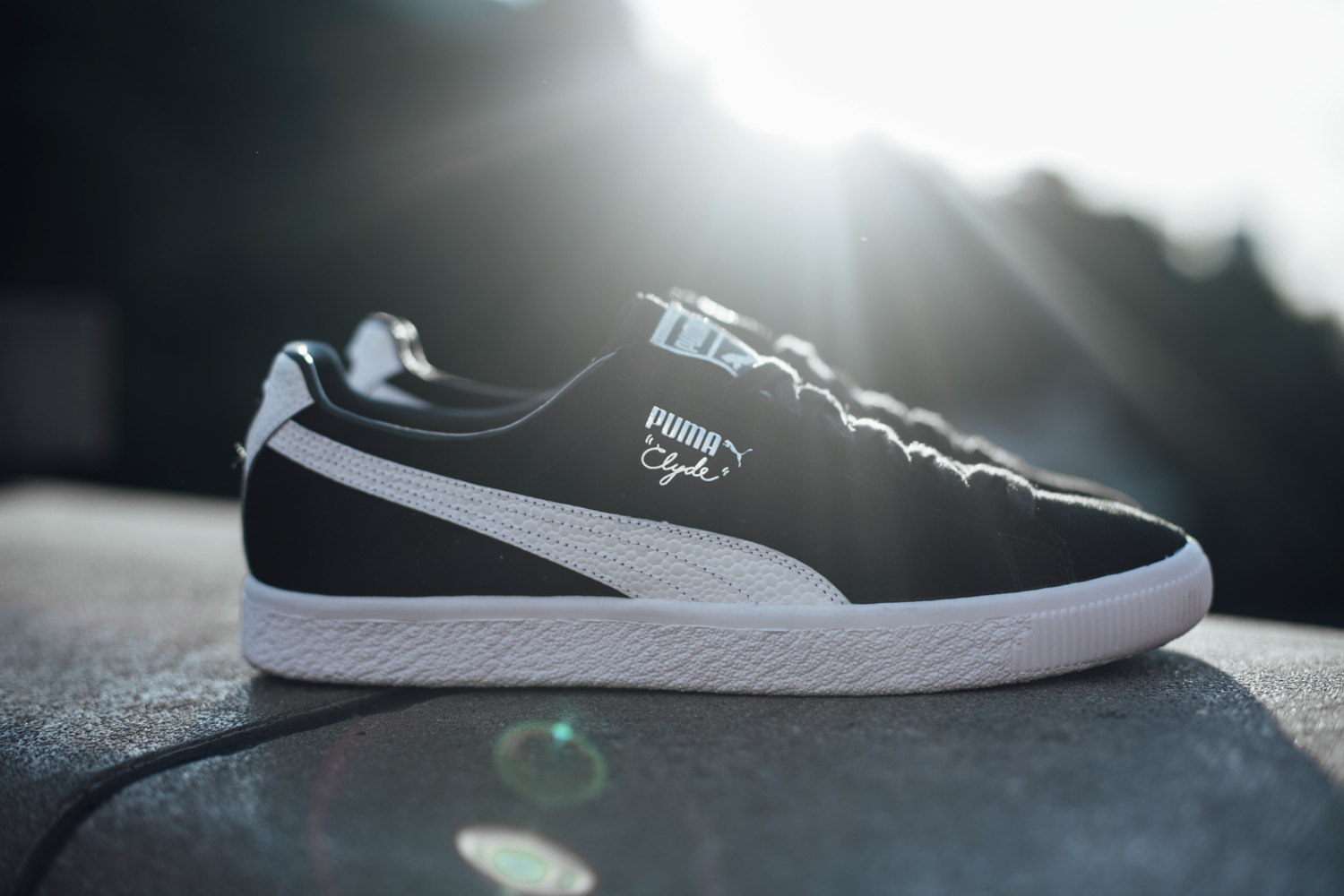 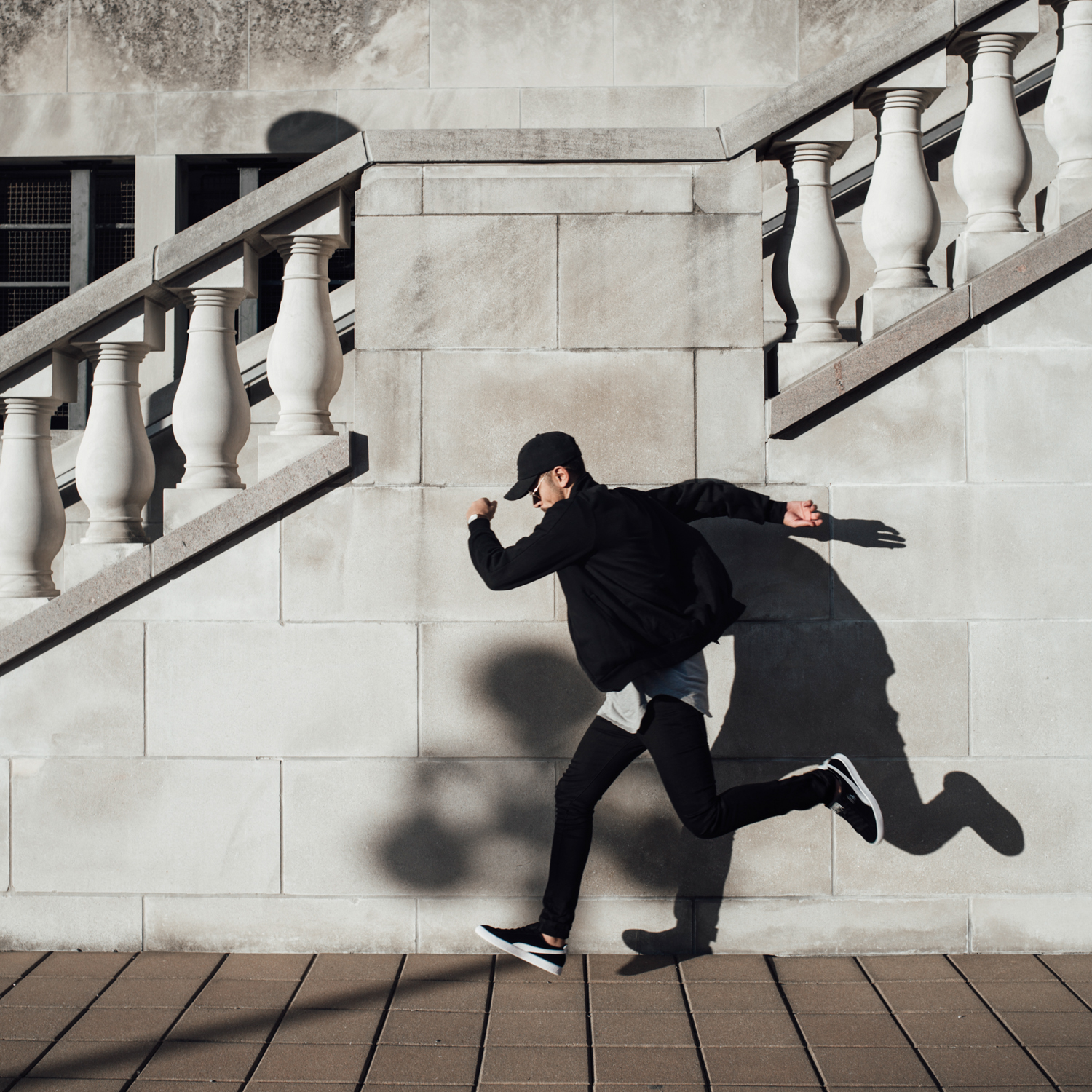 The 'B&C' Pack consists of three colourways that give a nod to 2006's release which took inspiration from the film Clyde took his nickname from. Using the original black and white release as a starting point, the other two colourways in the pack include a deep steel grey, and slightly more vibrant wine red. A reptile printed leather features on the formstripe branding that sweeps across the side, as well as the heel tab running down the back of the shoe. The Puma Clyde 'B&C' pack launhes online and in selected size? stores on Saturday 1st October, priced at £60. 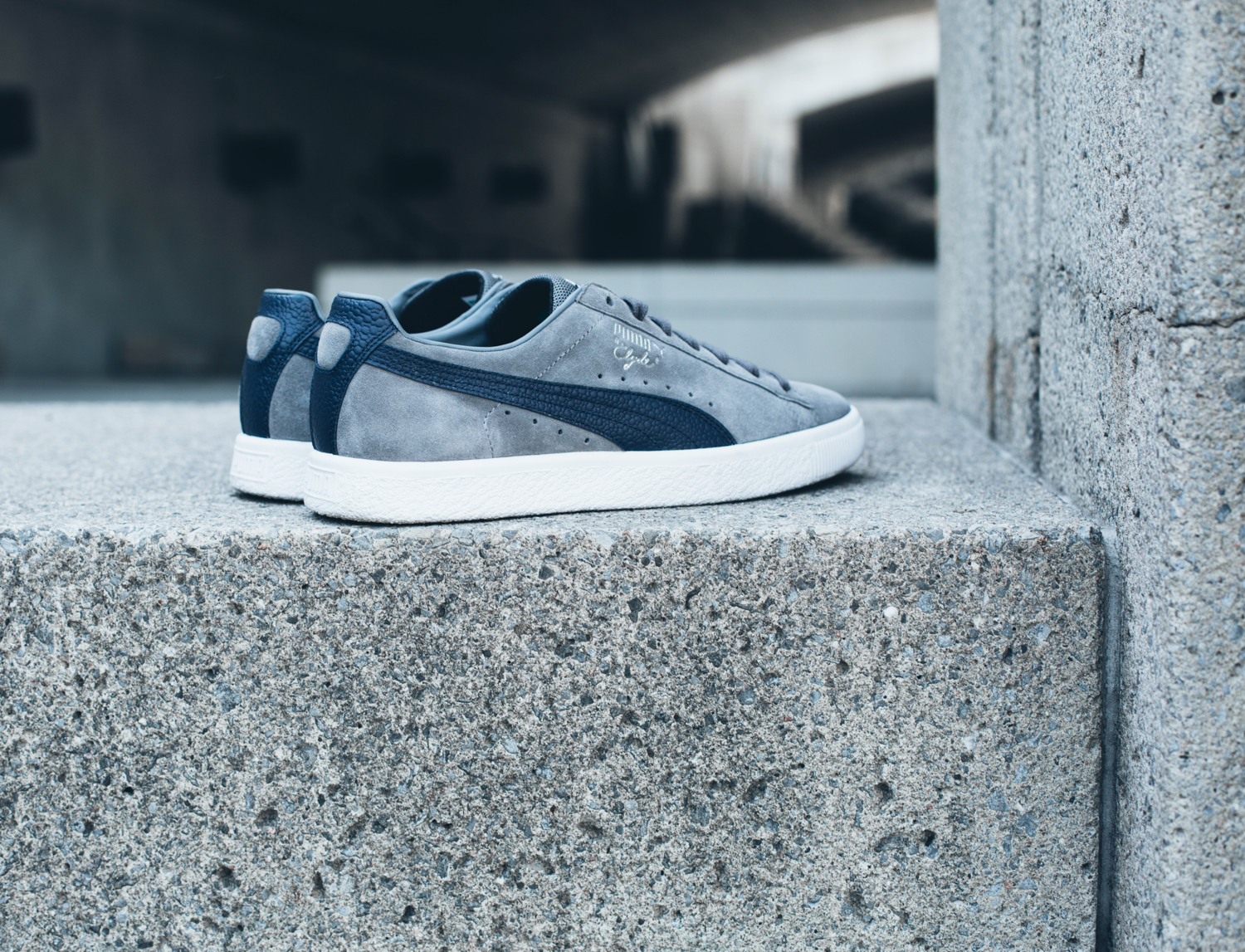 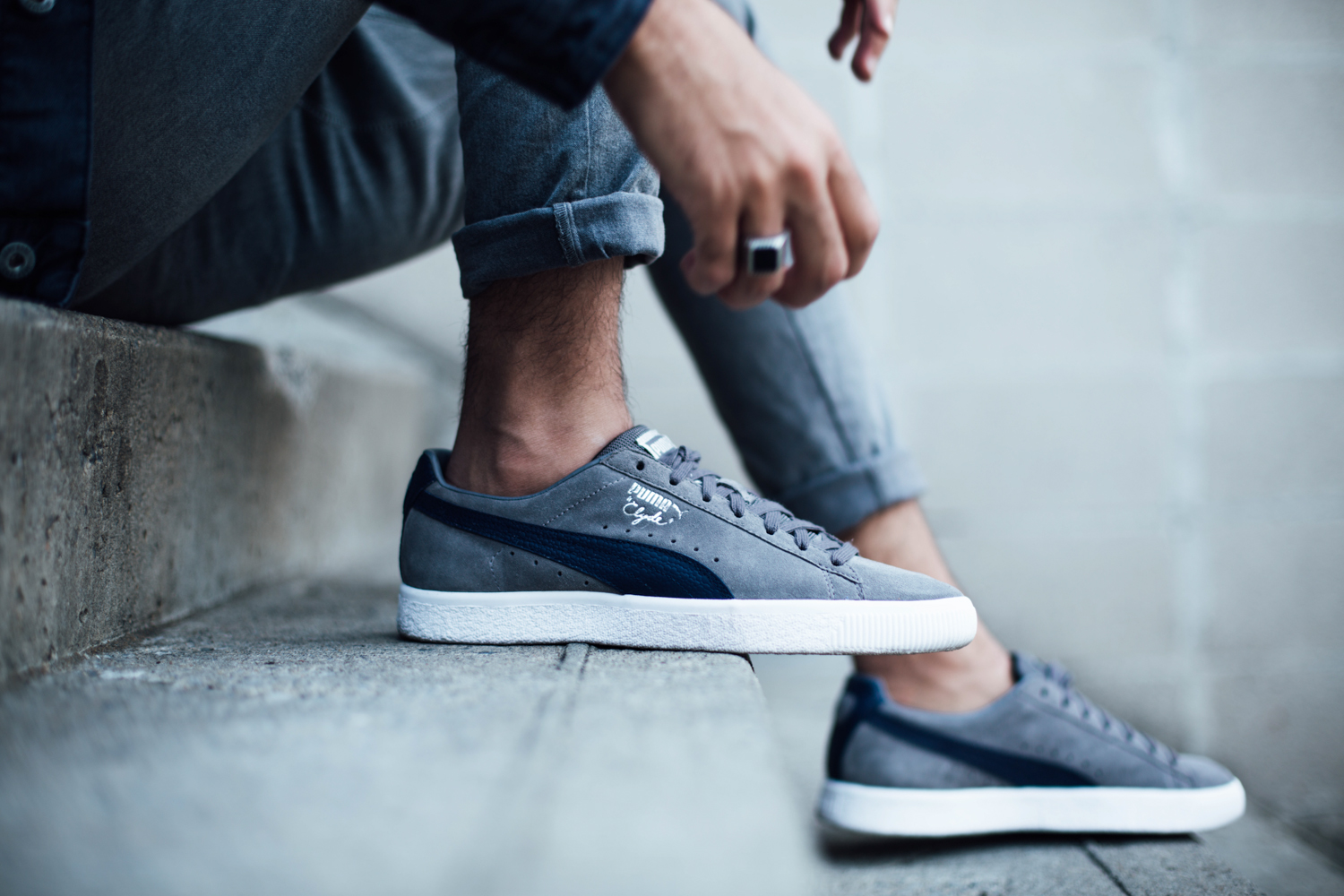 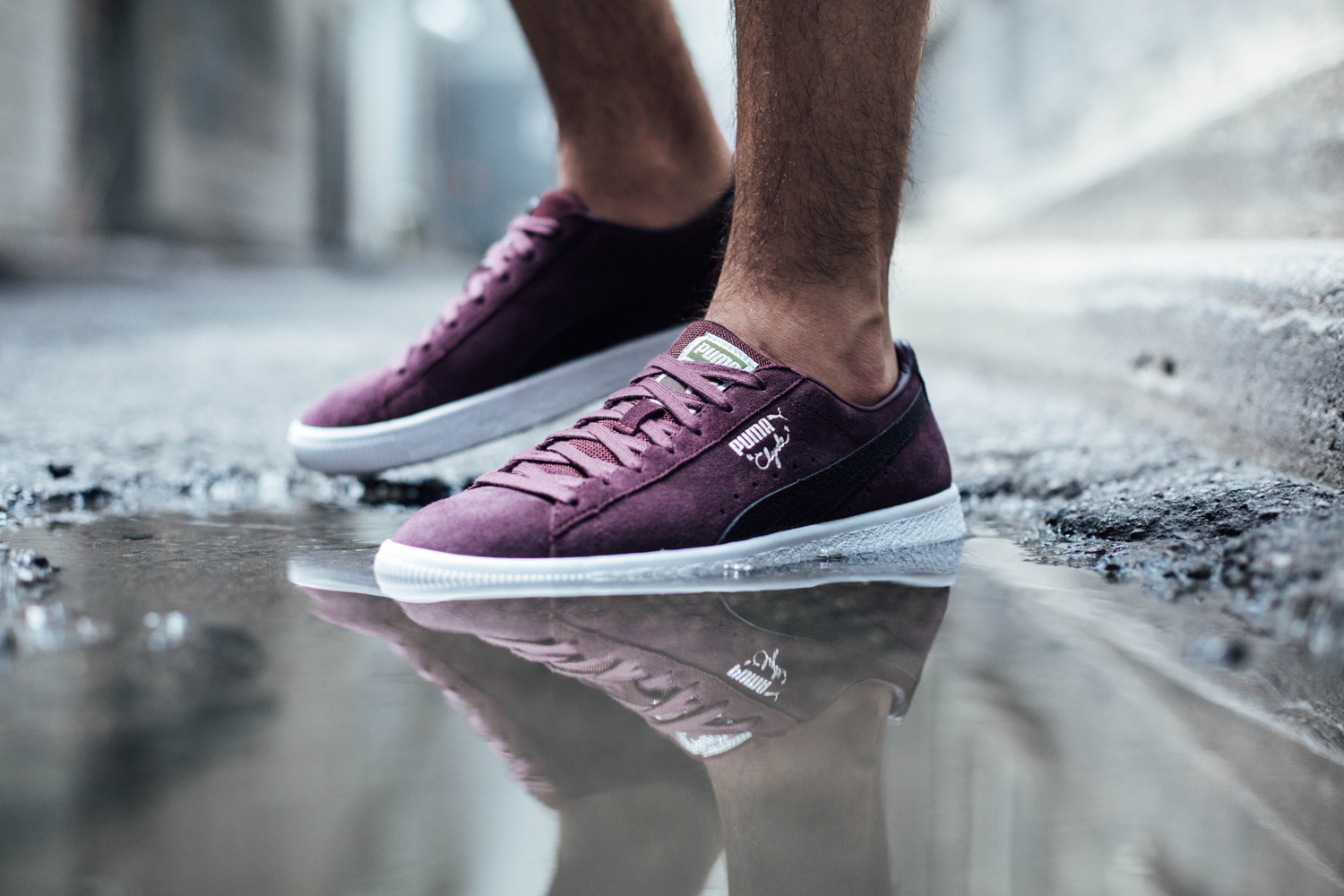 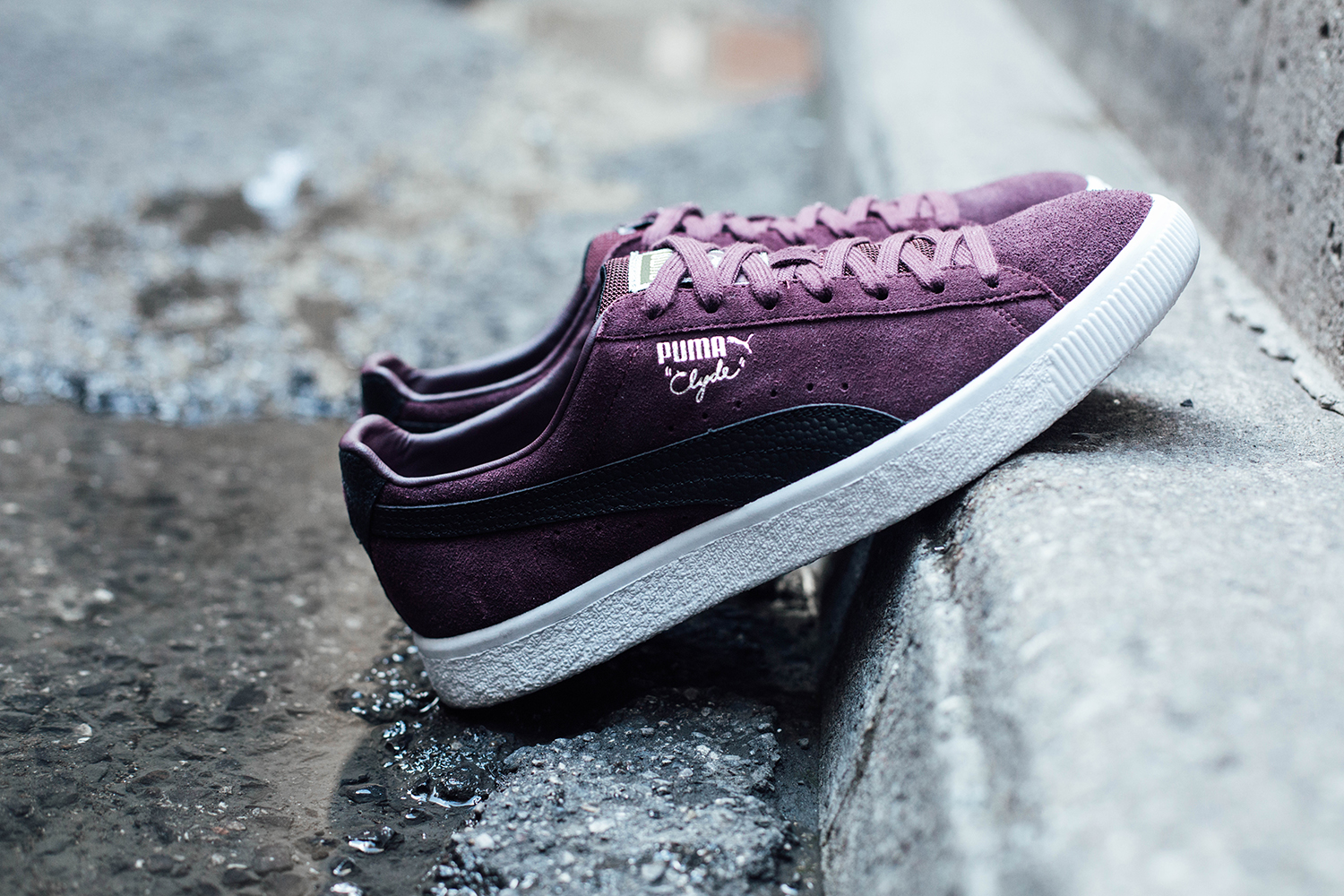