Nike's birthyear of 1972 saw two marketplaces in particular as target's for take over. Running was already a category Phil Knight and the team were dominating throughout the US during their period of importing Onitsuka product as Blue Ribbon Sports (and even more so once Nike began producing their own running shoes), and the other was basketball. After a trip to Japan to begin production on their first line of Nike footwear, among the various shoes designed and briefed in were two basketball silhouettes. The Blazer, named after the home basketball team the Portland Trailblazers, was a suede covered mid-top designed to give support around the ankle. The Bruin was a low-cut variation built for speed and quick pivoting on the court.

The Bruin originally required an auto clave process of production, which entailed the shoe being baked inside an oven in order to harden the glue used to seal the midsole to the upper, as opposed to a regular cold cement process. Very much Nike's 'tech' basketball shoes of the time, they challenged the status quo of the traditional canvas high-tops by offering something wildly different. The basic design of the shoes meant that the colours could be customised to suit both college and NBA team uniforms very easily, making for maximum brand exposure on the court with the bold white fat belly swoosh sitting on top of the bold colours. 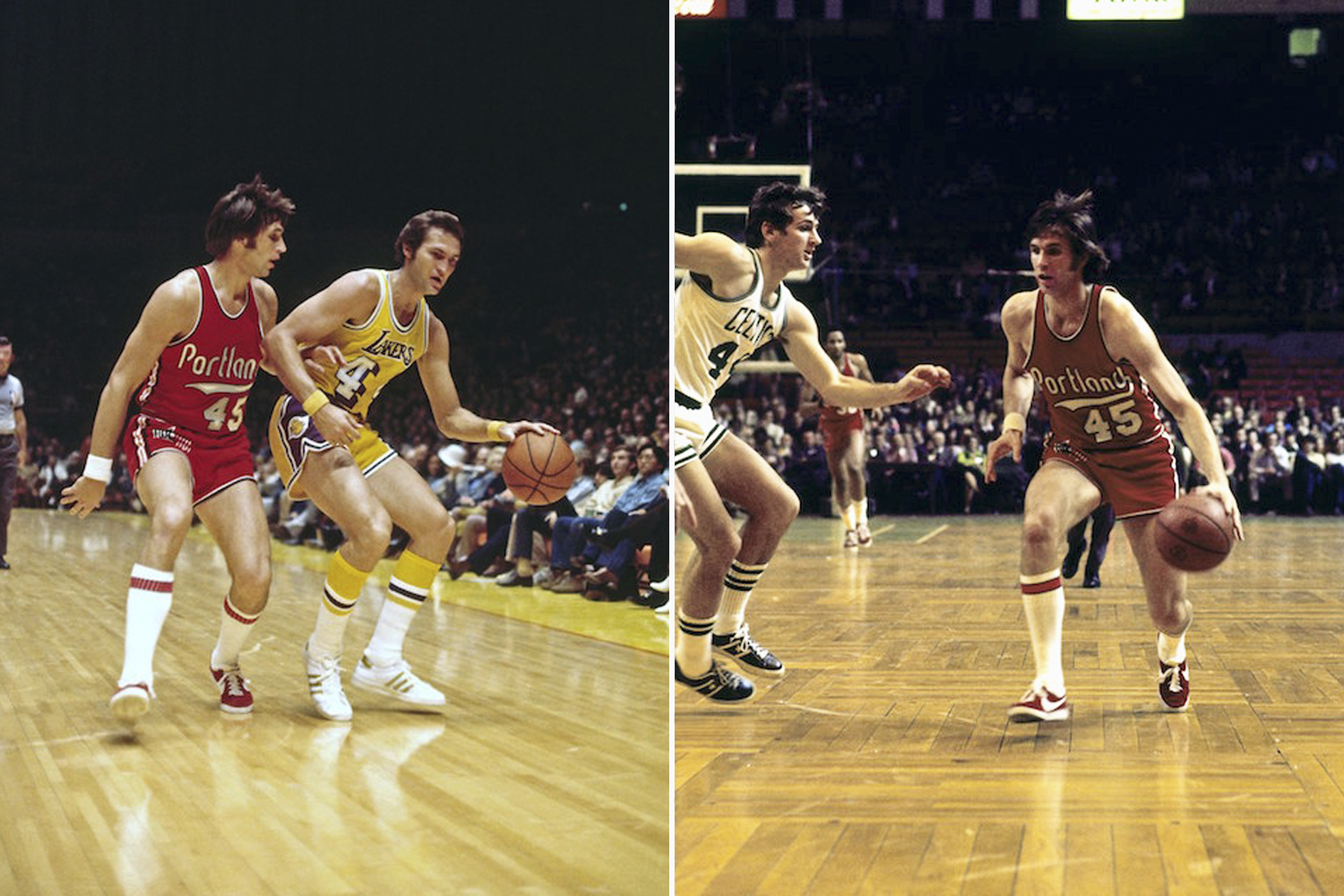 Fast forward 17 years and the Bruin would find itself in a starring role on the silver screen alongside a futuristic high-top that would ignite the imaginations of fans everywhere. Marty McFly donned a white and red pair of Bruin's when he traveled into the future to the year 2015 to prevent his future son from being imprisoned, and just last year Nike brought back the iconic colourway in a limited Nikelab release as a nod to the October 2015 reference in the movie. Looking even further into the future, the Bruin would later cross categories and find its way into Nike's skateboarding line via a collaboration with Supreme. In 2009 the New York born brand created four colourways emblazoned with bold 'WORLD FAMOUS' text on the heel of each pair This was also the first time a branding alteration had been made to the midsole, with the signature Box Logo imprinted into the rubber. Other notable collaborations on the SB version are 2009's Fluff Magazine version which released along with the enormous photography book by Marcell Veldman, and 2015's partnership with Liverpool's Lost Art skate shop. 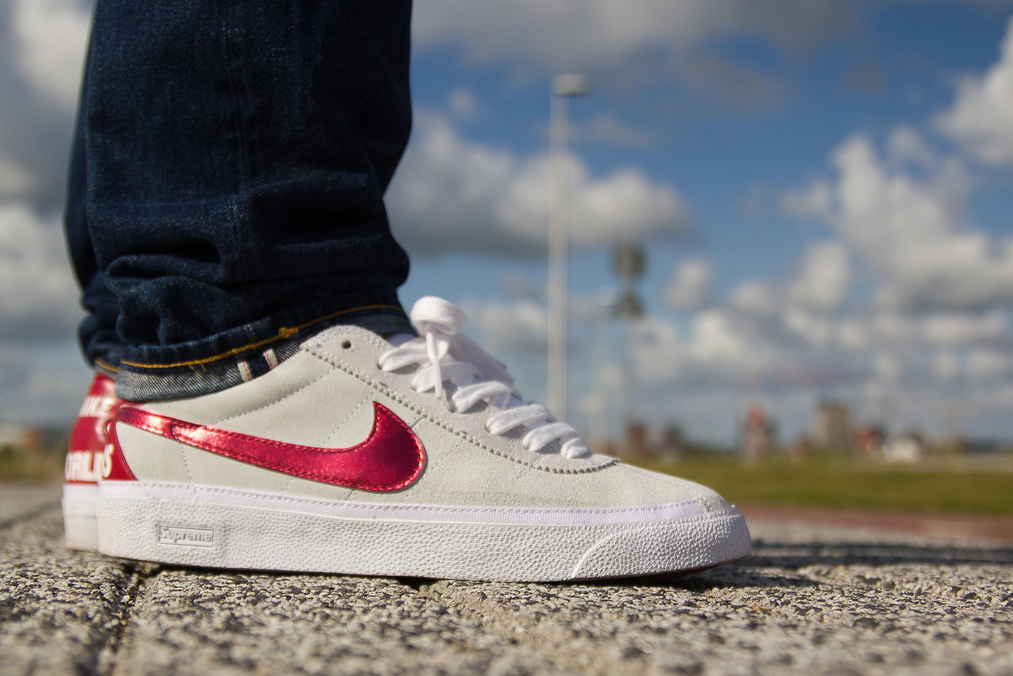 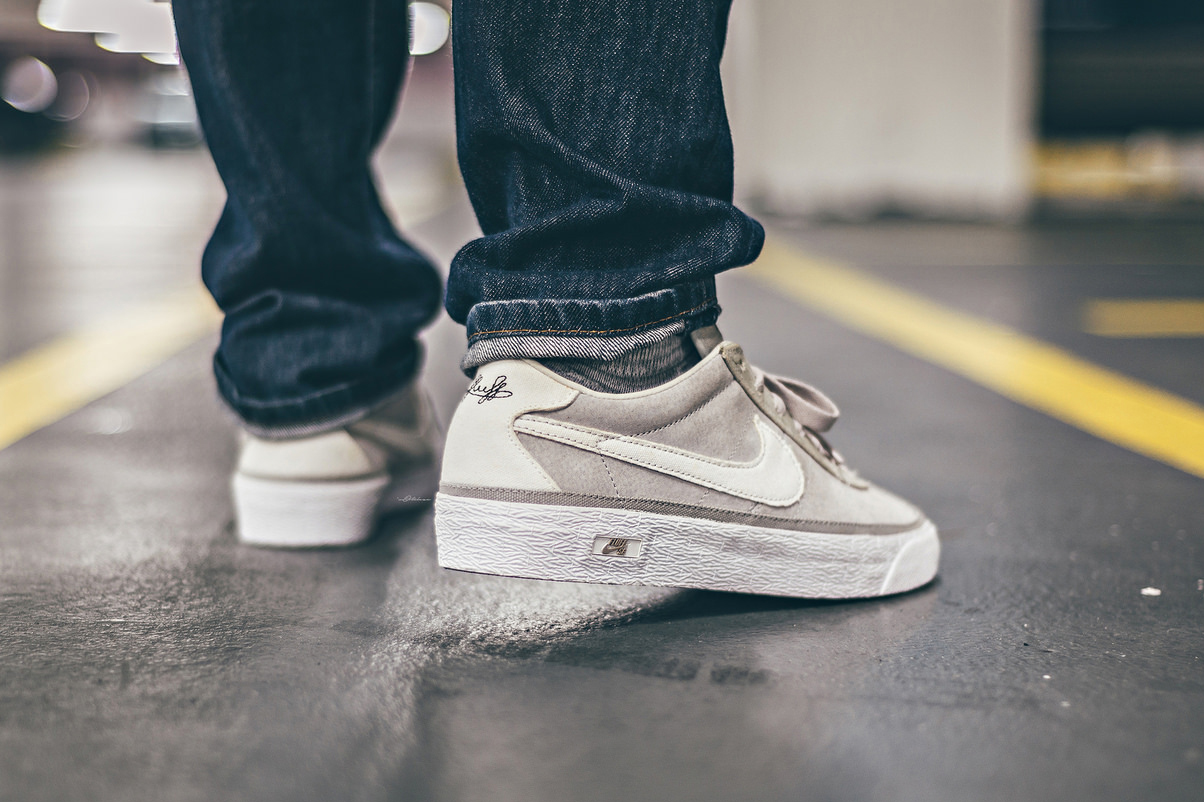 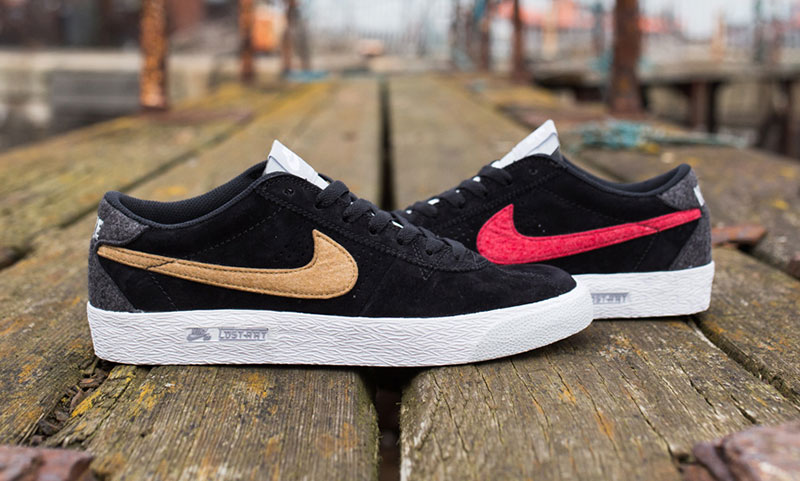 The Bruin returns for 2016 in two clean, no nonsense OG colourways of grey and navy, complete with signature white swoosh across each side. Premium suede uppers cover each version, with leather hits used around the serrated eye stays and heeltab. A cupsole has been used in place of the original auto clave tooling, but this doesn't spoil the overall look and distract from how good this re-issue of the Bruin Suede really is. Both colourways of the Nike Bruin OG are available online and in all size? stores now.