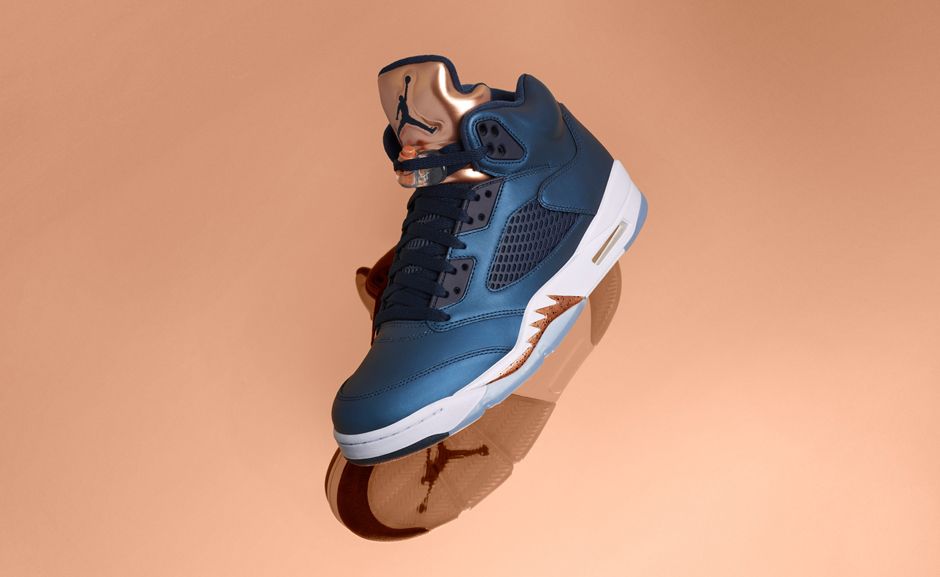 Following in the footsteps of the OG Black Metallic release earlier in the year, the Air Jordan V returns in a brand new colourway paying homage to this summers Games. Serving as a 'bronze medal' of sorts, this third incarnation follows in the footsteps of the initial OG Black/Metallic version and a gold tongued variation. The V first debuted on the feet of Michael Jordan back in 1990, in a year that saw the Bulls finish third in the Western Conference. This time around, design inspiration for the V came from the Mustang Fighter Jet, removing the serrated teeth from the menacing paintjob and applying it as a midsole detail. The other obvious outstanding details on the original V include a plastic mesh sidepanel for improved breathability, and a full reflective 3M application to the protruding tongue, the first time the material had been utilised on an Air Jordan model. For this edition a premium, almost iridescent navy leather spans the length of the upper, the tongue has been revamped with a shimmering bronze coating, and the bronze extends further onto the midsole teeth. The Air Jordan V Retro 'Bronze' is now available online and in selected size? stores now 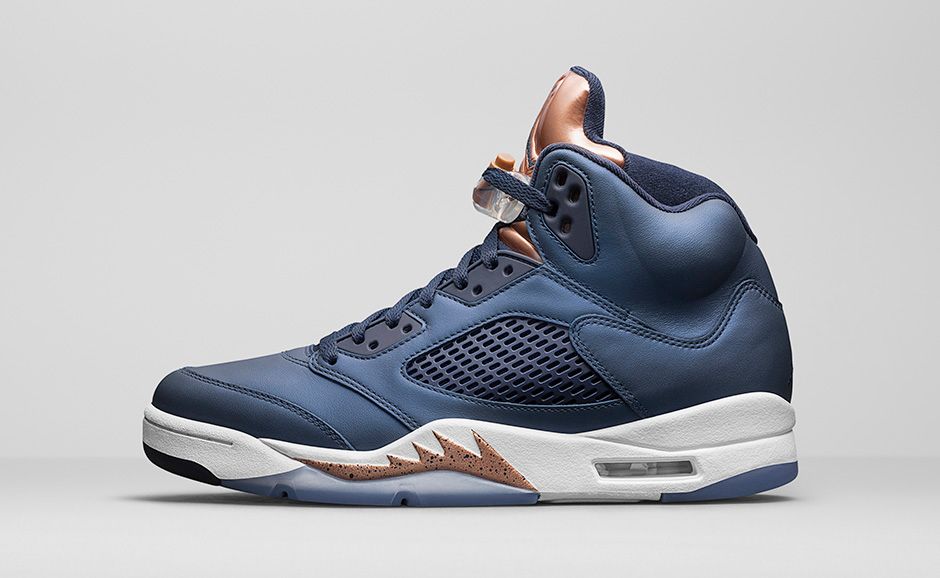 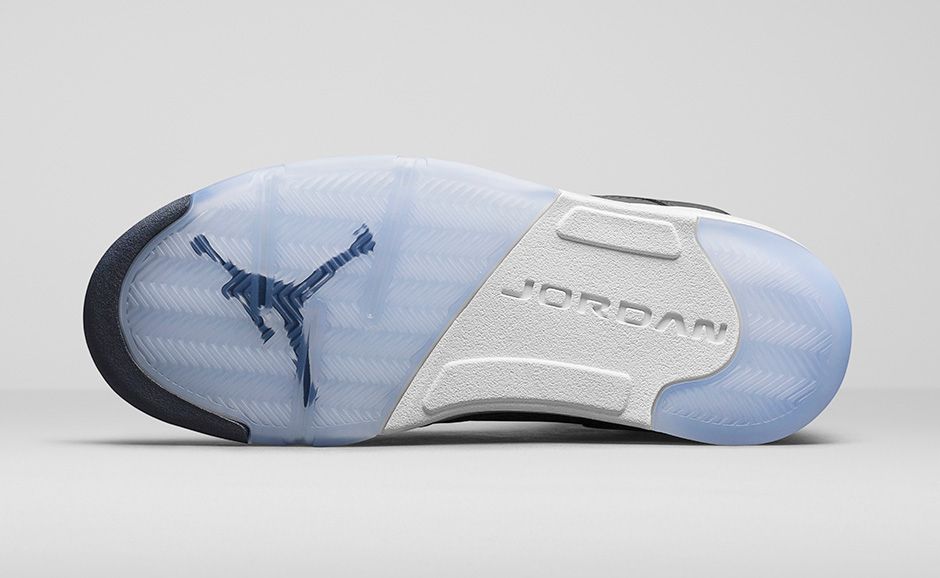 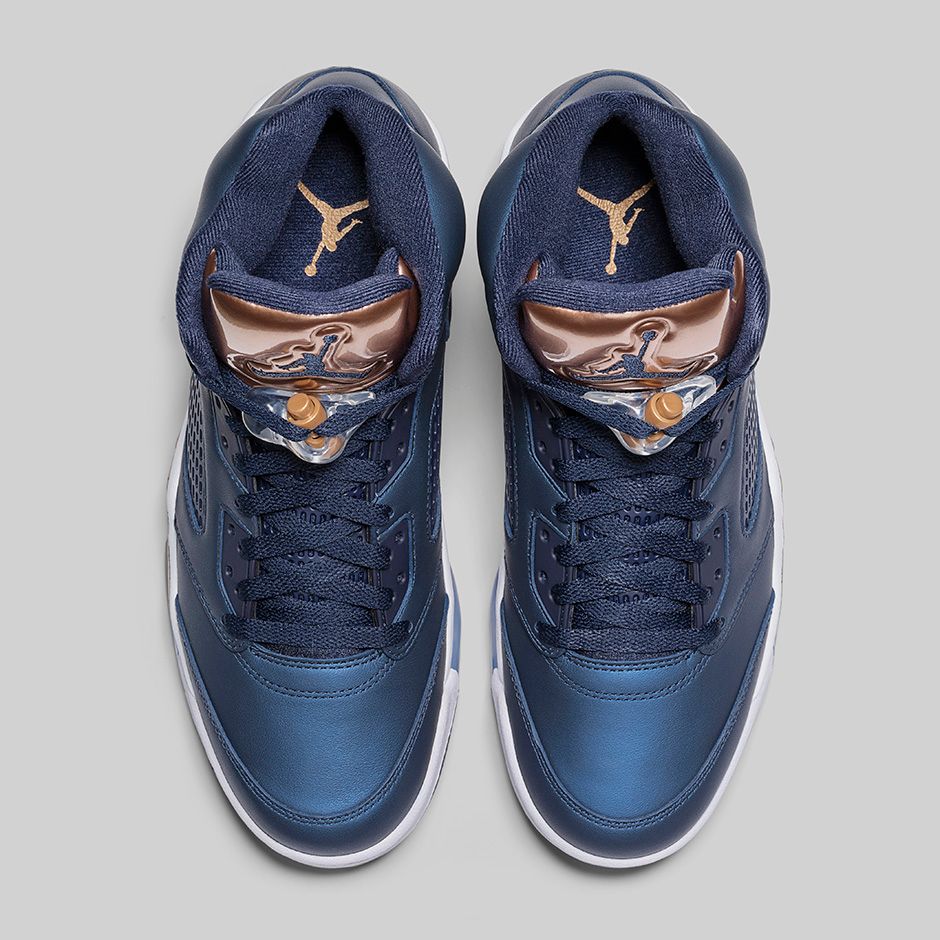 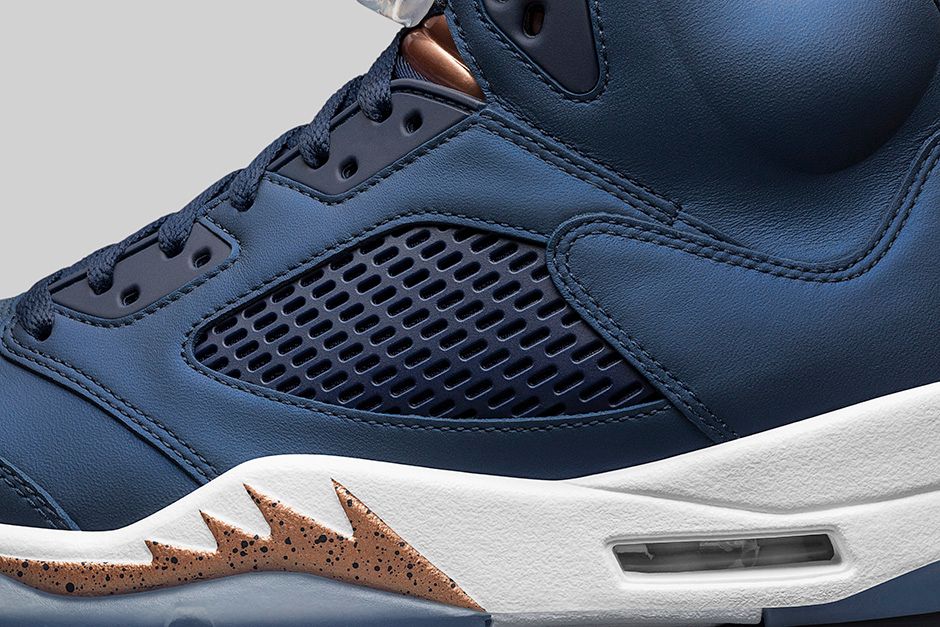 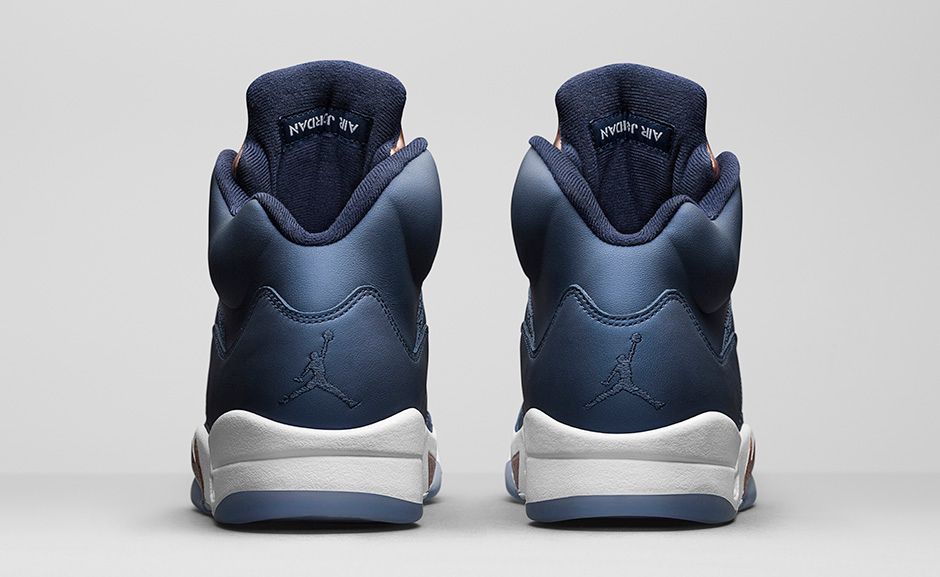 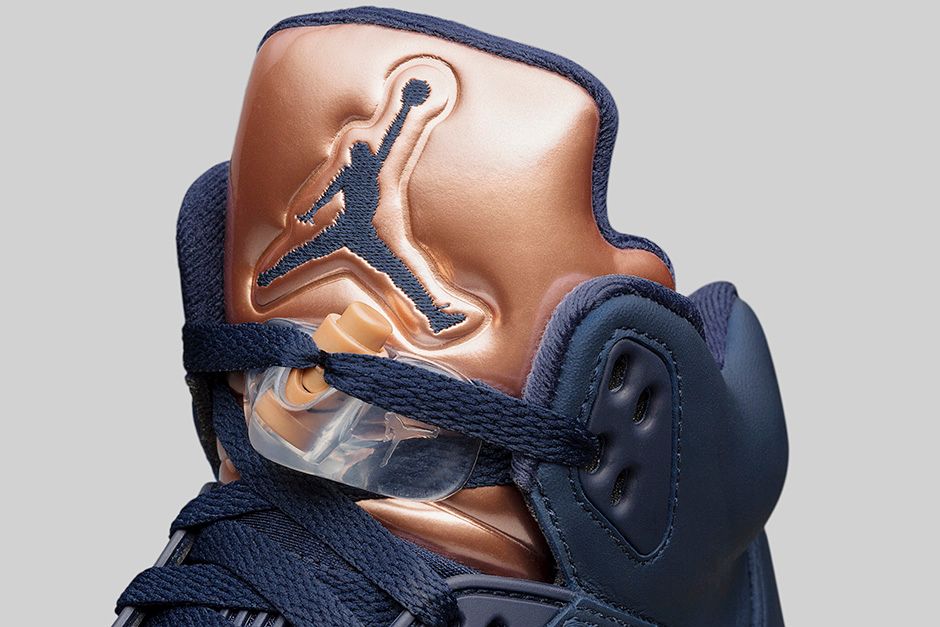