In the build up to the announcement of the Air Max 95 DW collaboration, we headed down to Dave White’s home and studio set-up in Dorset to take a look at the original paintings that form the graphic that adorns each of the releases, and to speak to Dave bit more about his past work. 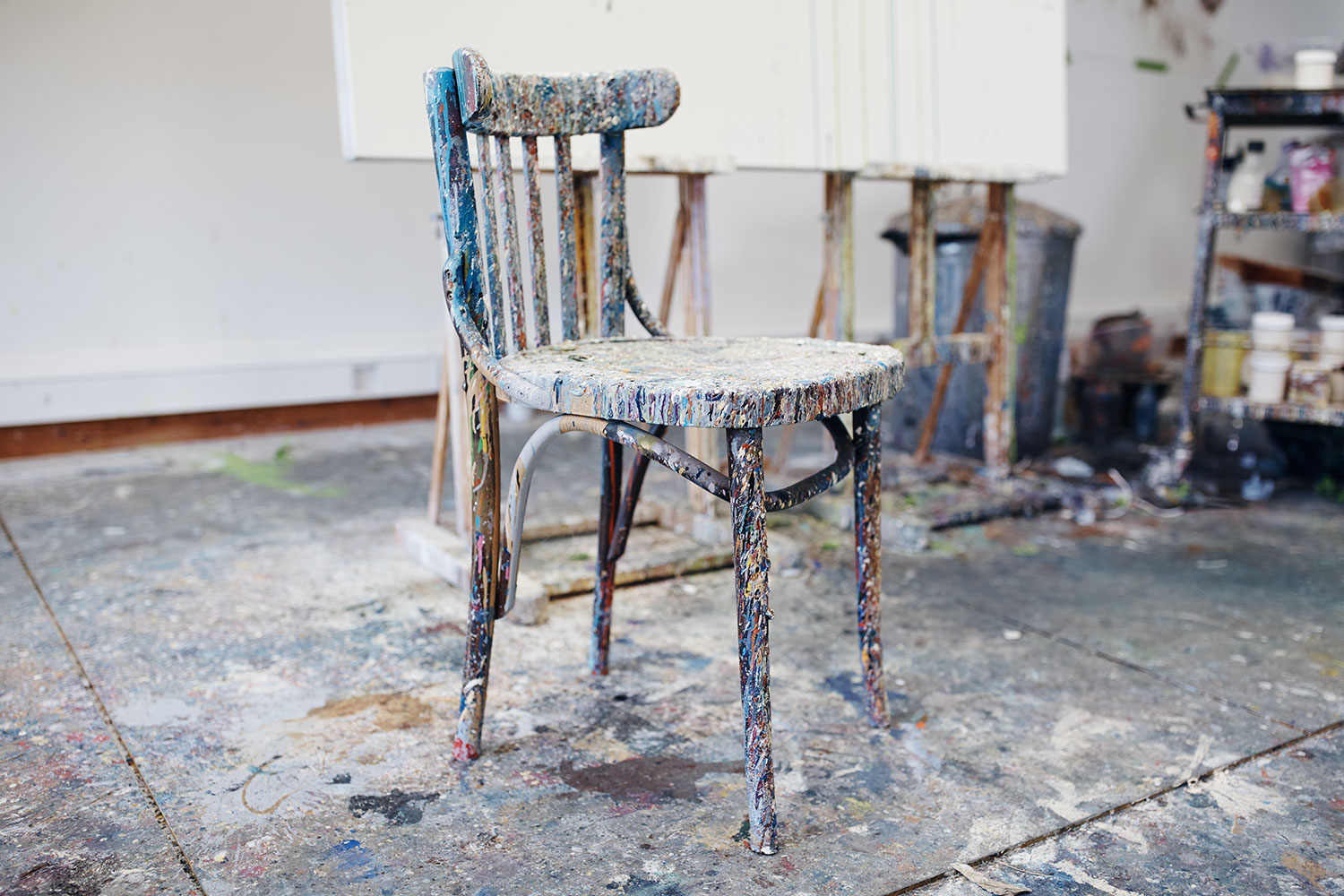 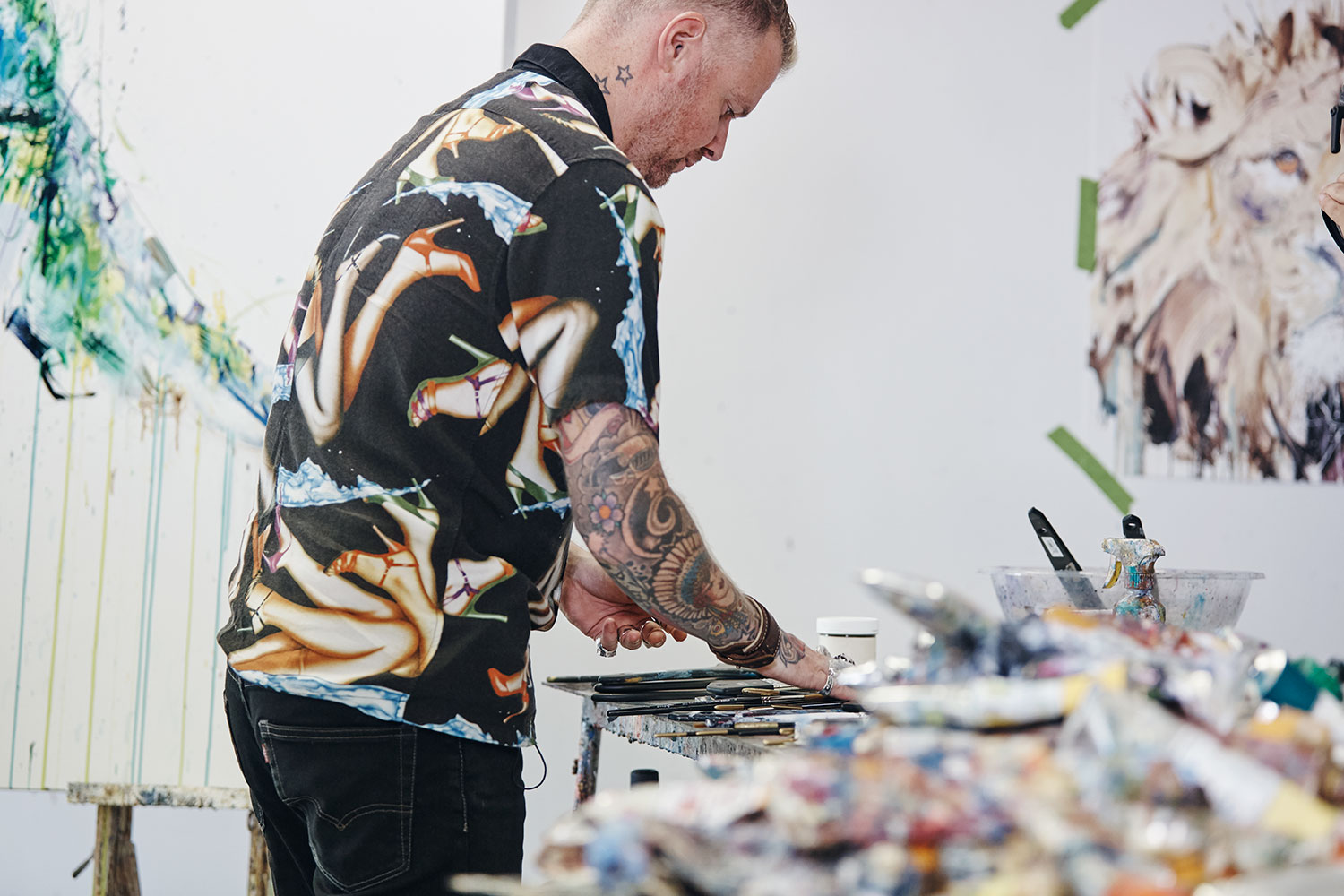 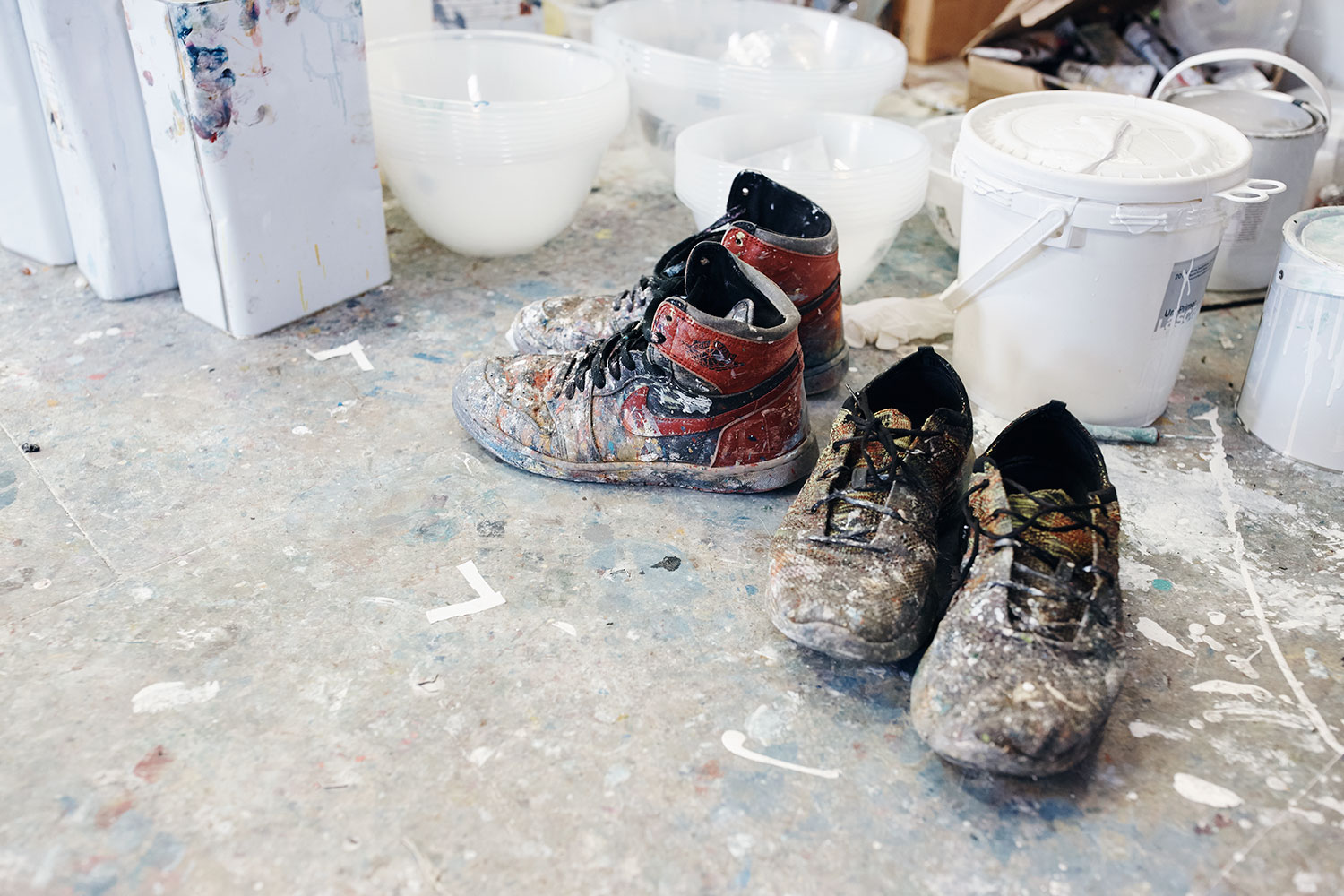 Having been a city boy for most of his life, circumstances at the time gave Dave the opportunity to live the dream by upping sticks and moving his working set-up out to the country back in 2012. Always a lover of nature and animals in particular, this move would serve as a great source of inspiration for future artwork collections.

Hip Hop and breaking would serve as entry points into the world of footwear. While most of his acquaintances at the time were getting more into the trefoil dominated casuals movement, Dave swayed in the direction of the swoosh favouring runners of the era such as Omega Flames, Equator’s and Elite’s. 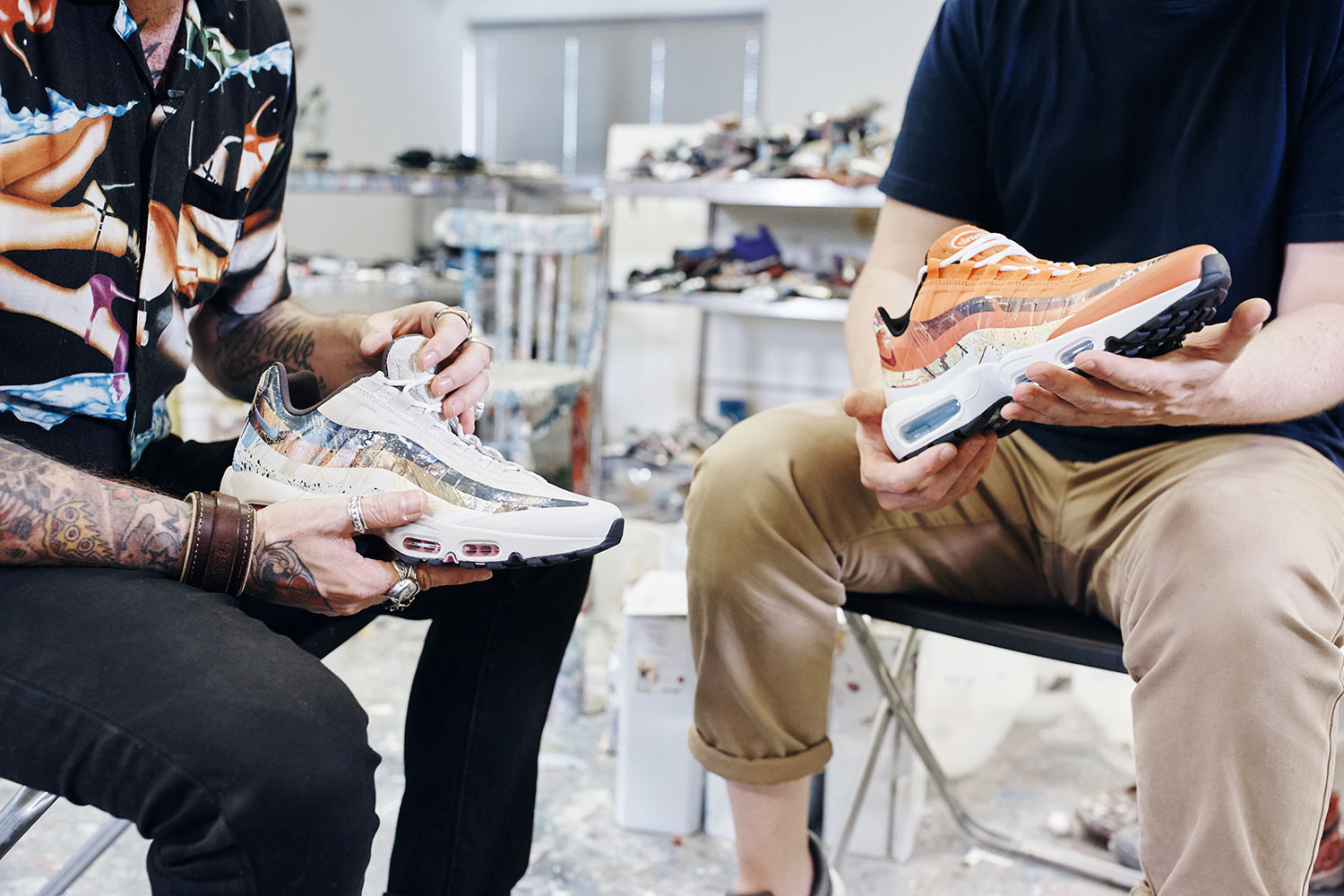 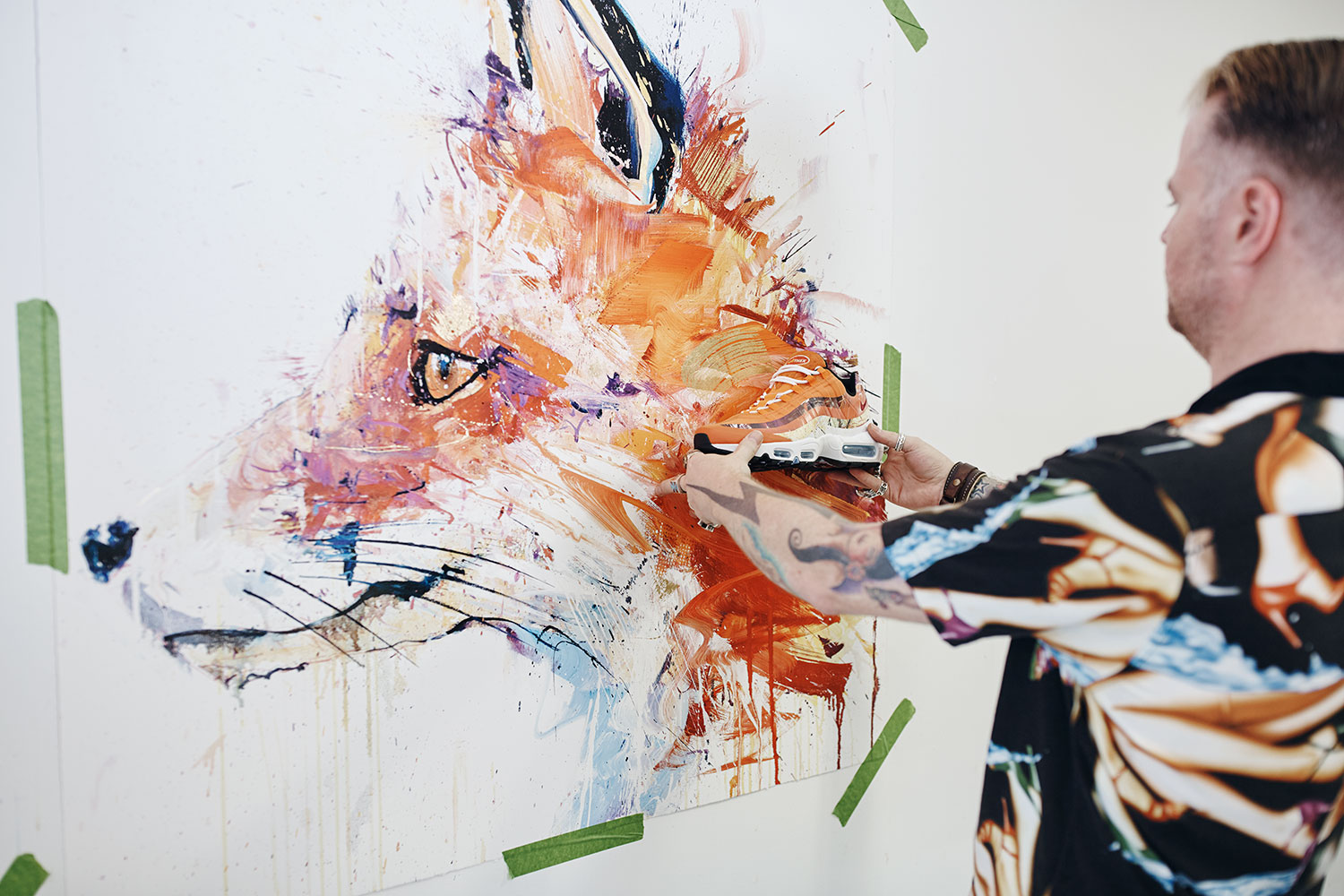 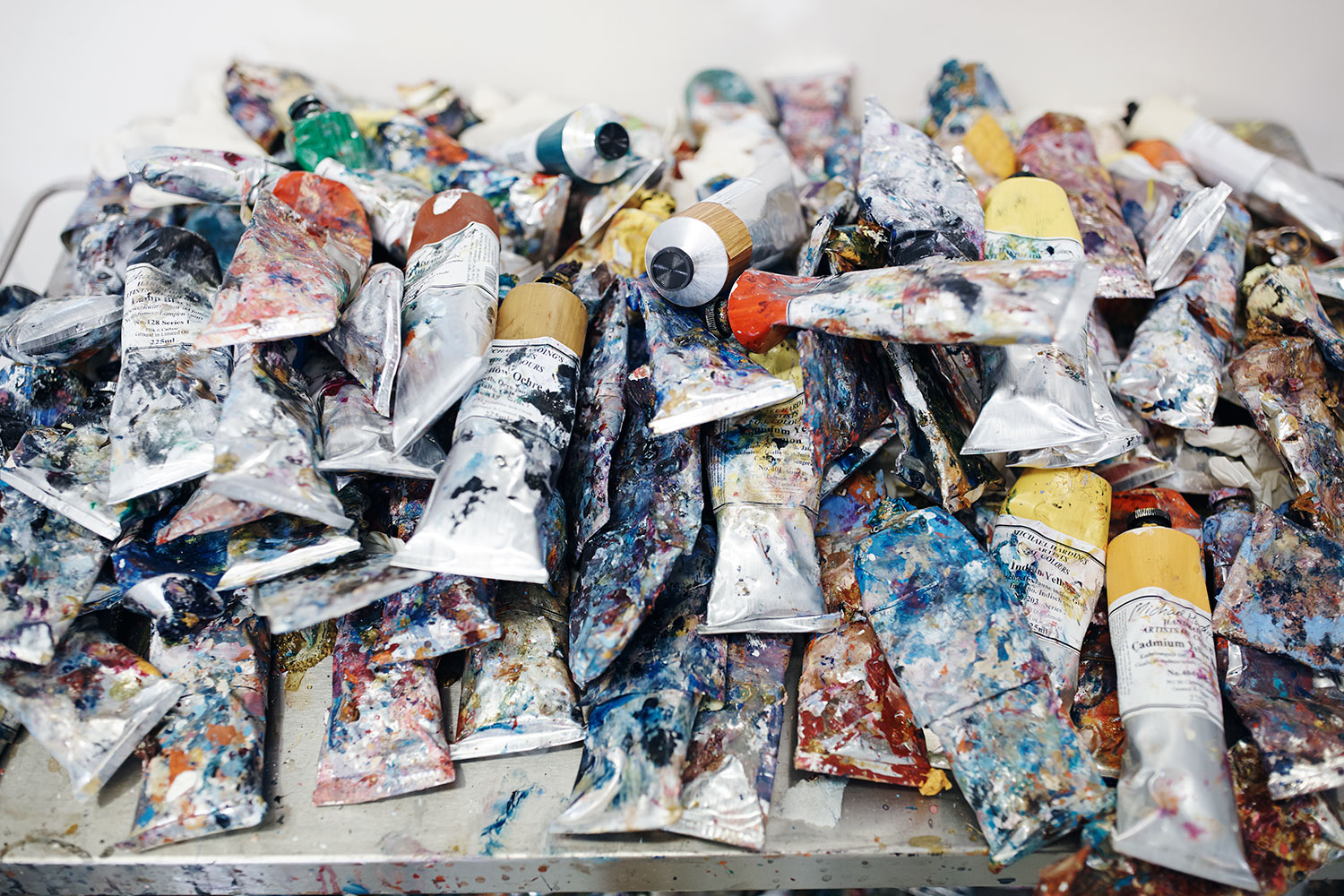 The animal orientated Albion series of artworks lent itself perfectly to the textured planes of the Air Max 95, an upper created using various layers of material to form a gradient effect. The paintings are created using the same principle by using multiple layers of paint to create an overall effect of action and movement that captures the essence of the animals being portrayed.

size? Brand Director Paul Ruffles sat down with Dave White to talk briefly about previous projects together, and the methodology behind our latest release. 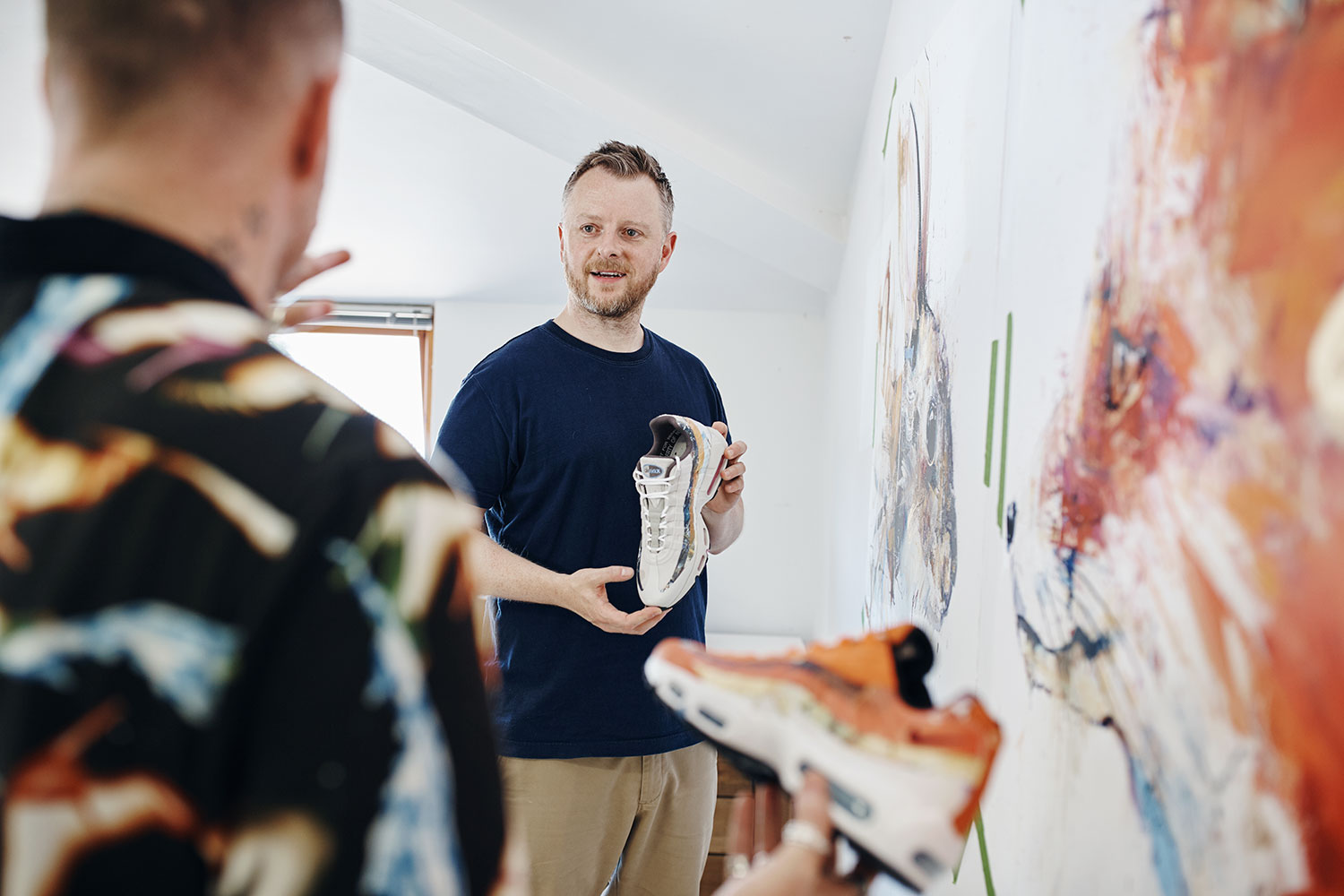 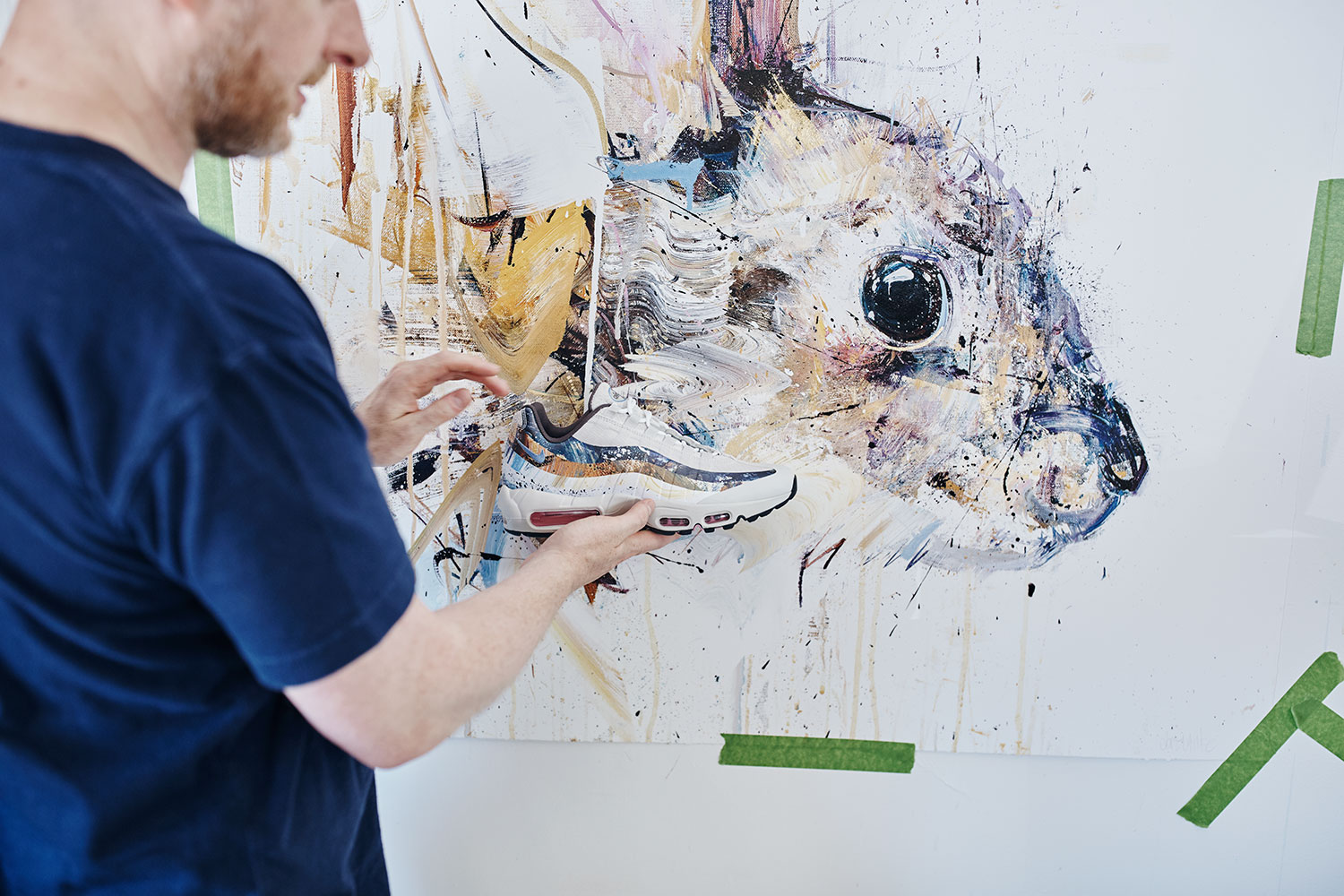 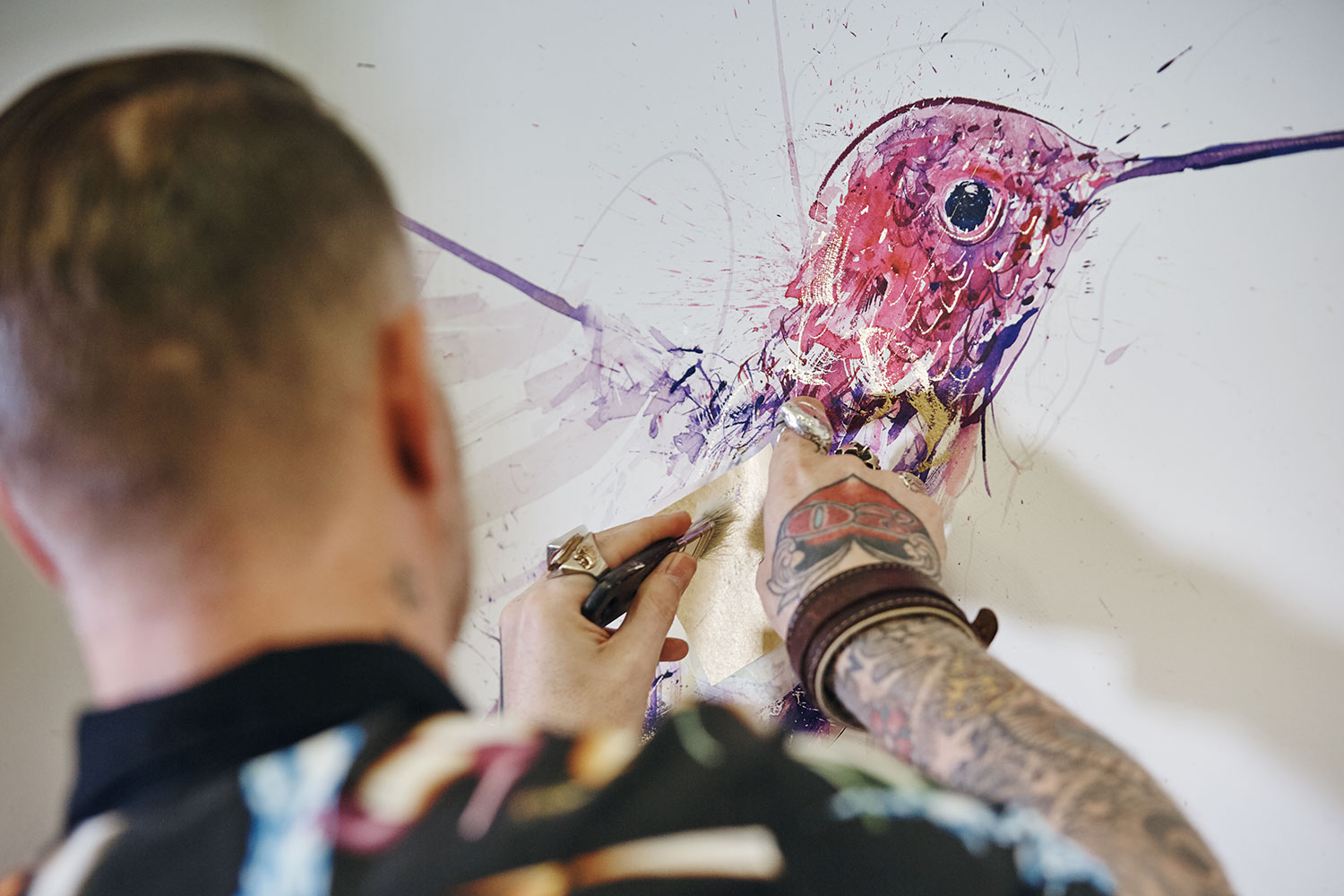 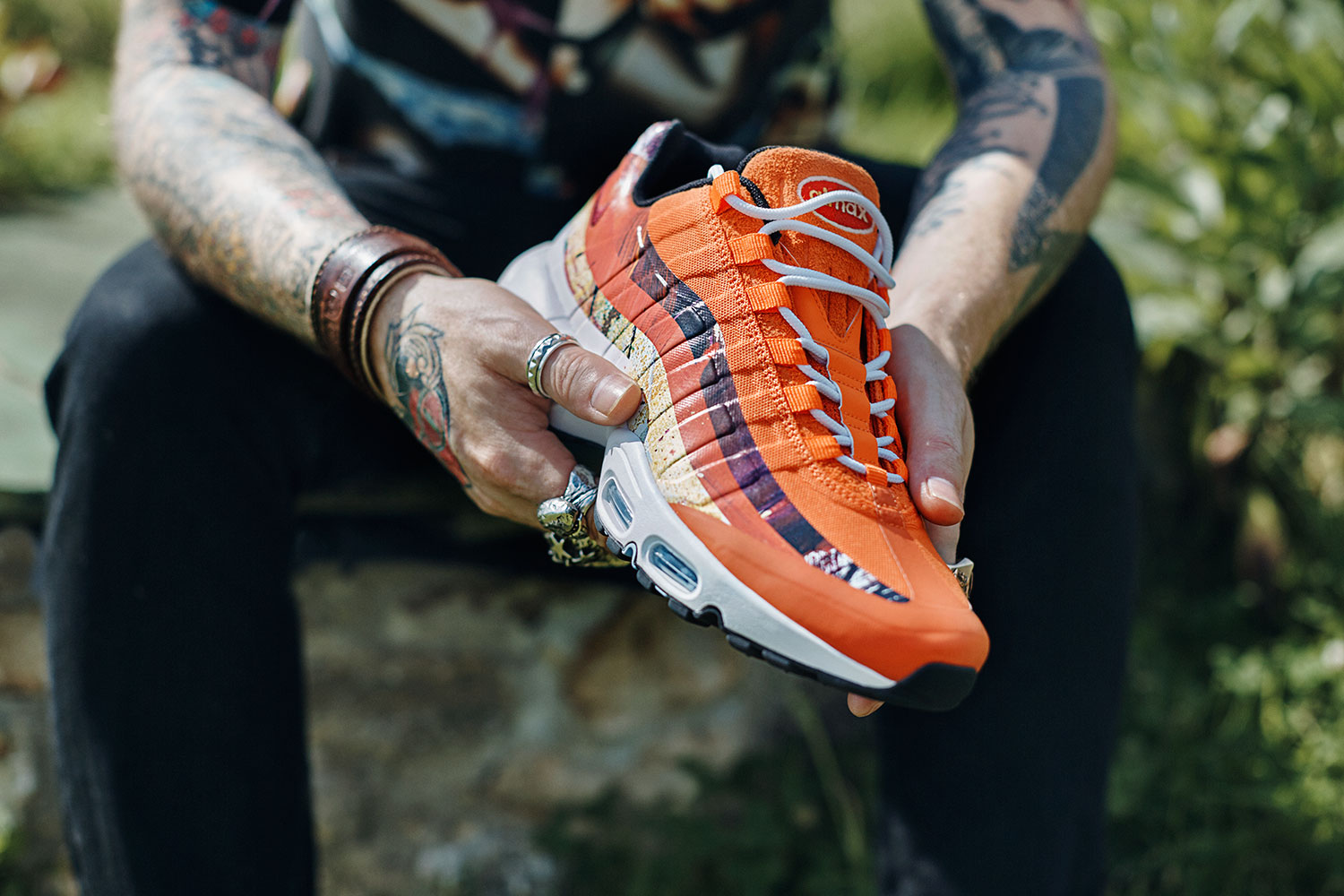 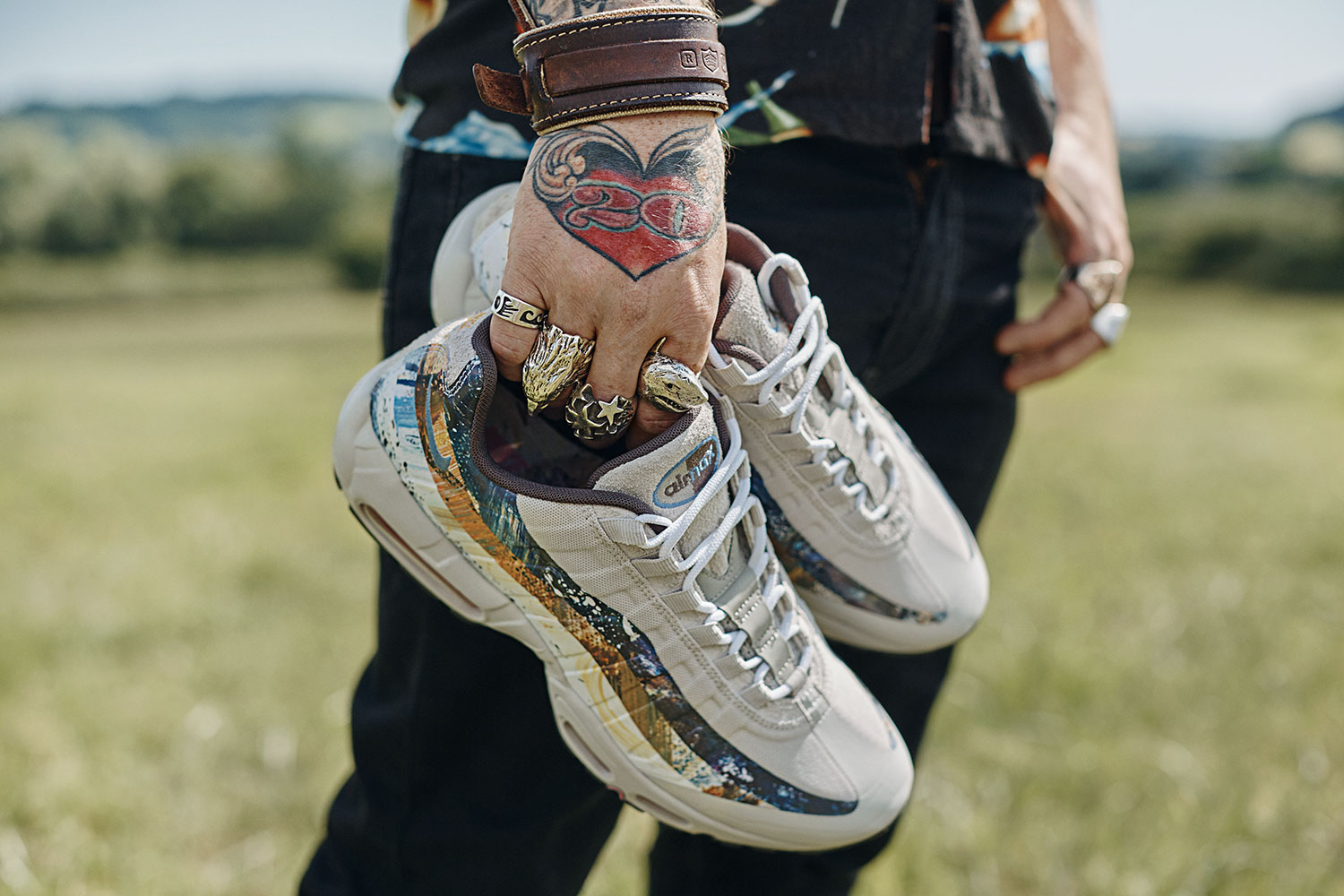