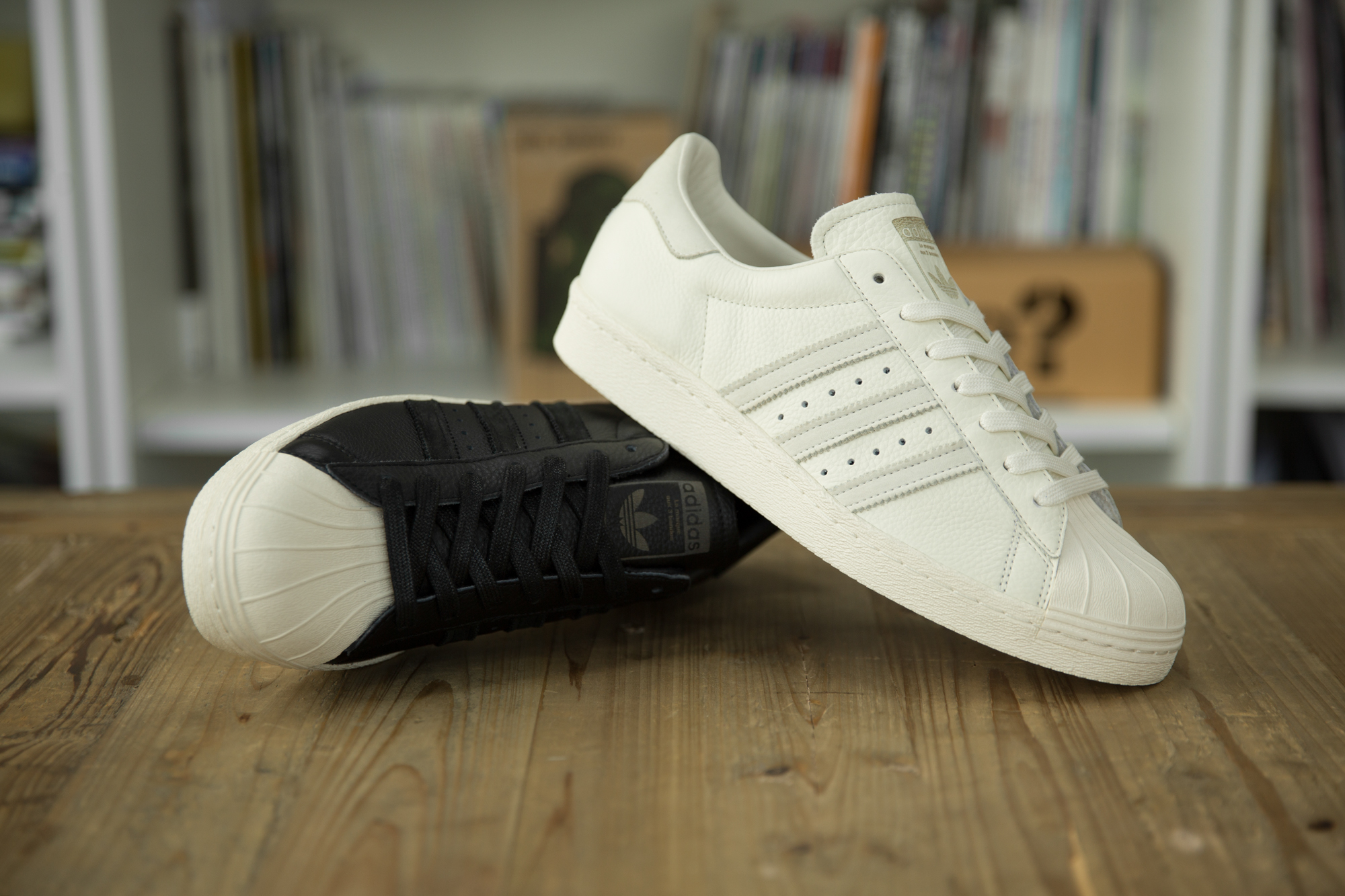 Our collaborative work with adidas Originals on exclusive product has always been geared towards producing the highest quality product possible. Great attention is paid to selecting the finest materials that truly do justice to the original styles, especially if we're working on a product with historical relevance. For our latest size? Exclusive release with adidas Originals we've reworked 2 colourways of the Superstar 80's Leather. 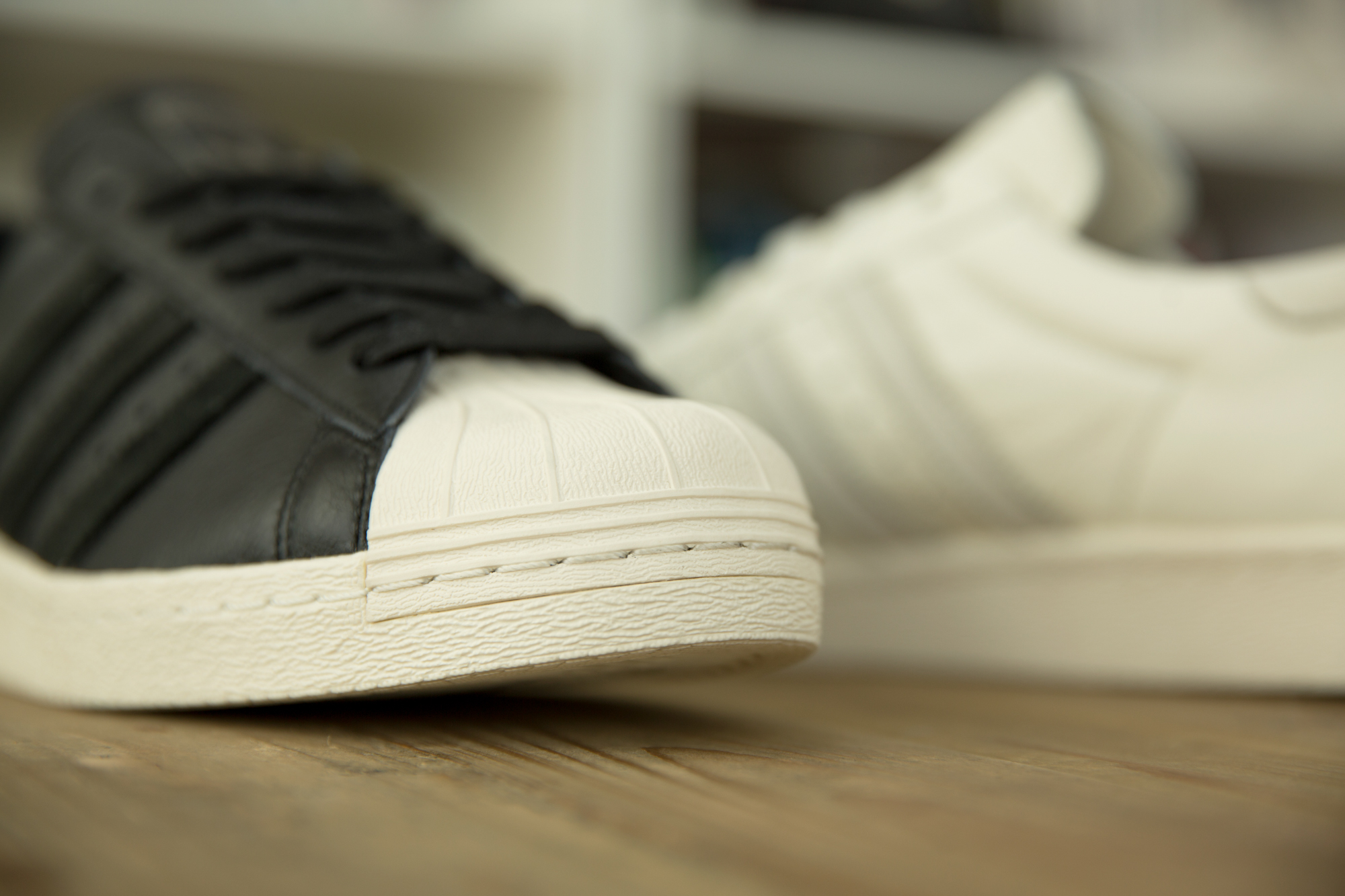 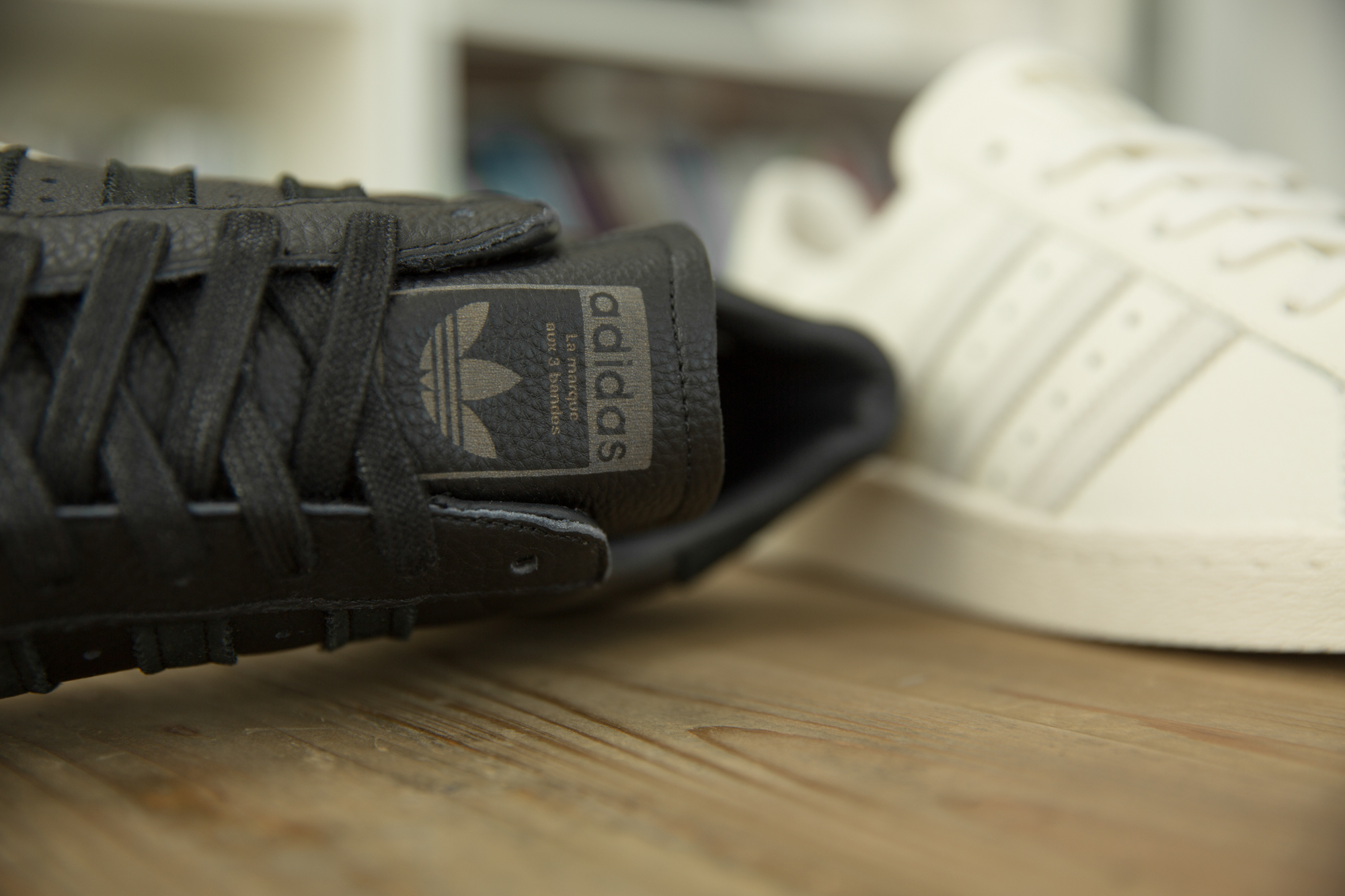 Revered among some of the all time greats released by adidas Originals, the Superstar is one of those shoes that has stood the test of time through multiple reinventions. Forever maintaining it's status as a cult classic, it's life began as a basketball shoe back in 1969 and in the successive years found itself on the feet of NBA greats Kareem Abdul Jabbar and Jerry West. Players were beginning to opt for leather made shoes over canvas due to the increased support and protection they provided, and the Superstar built on this notion with the introduction of it's iconic rubber 'shell-toe'. In the years following the Superstar began to transcend the court sidelines and become an off court favourite due to it's clean look and simple styling elements. Hip Hop in particular adopted it as it's own and it steadily began it's rise to iconic status, and a legendary on stage co-sign by Run DMC sealed the deal. The trio also famously wore the Superstar in their Rock Box visuals, the first time a Rap video had ever been played out on MTV which was an incredibly historic achievement at the time. 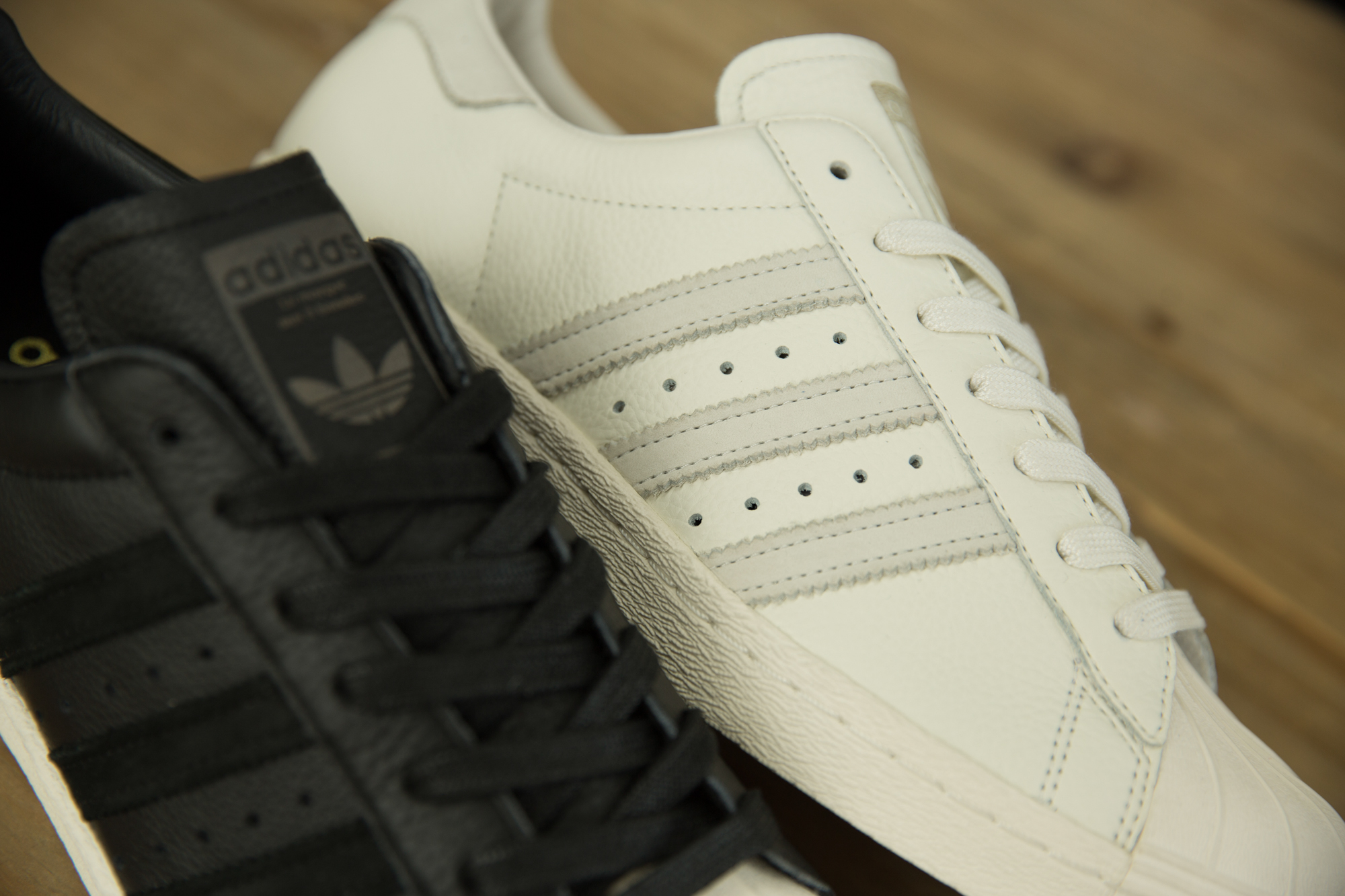 Our first foray into the world of Superstar see's a pairing that focuses on material selection over brash colourways. Each option is wrapped in a premium tumbled leather that sets a high benchmark for the rest of the creation. Nubuck hits sit on the heeltab and side stripes, and a laser engraved trefoil seal is etched into the leather tongue. The size? Exclusive adidas Originals Superstar 80's will be available online and in selected size? stores on Friday 9th September priced at £80. Look out for links posted at 8am over on our Twitter page that will take you directly through to the products. 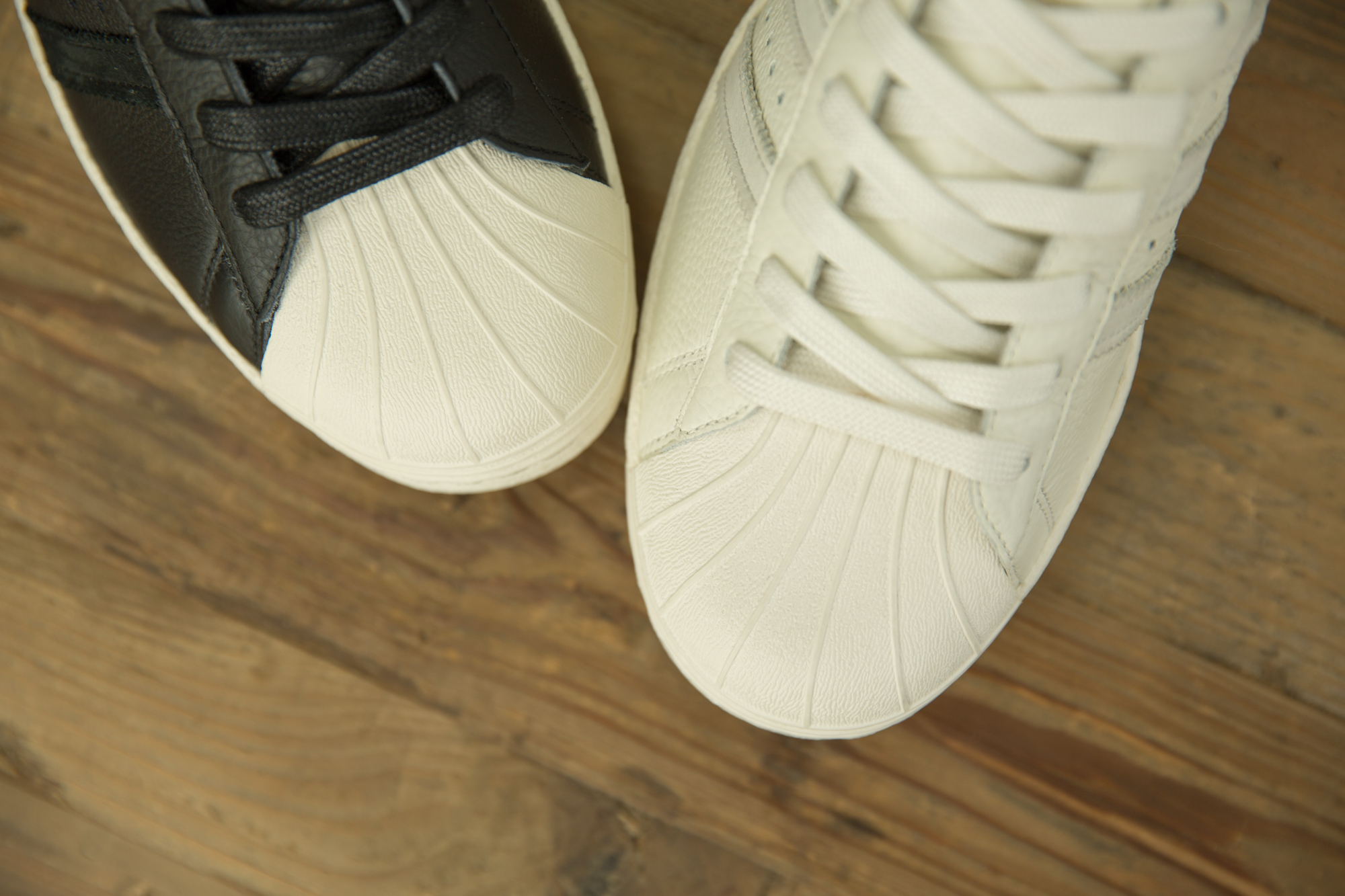 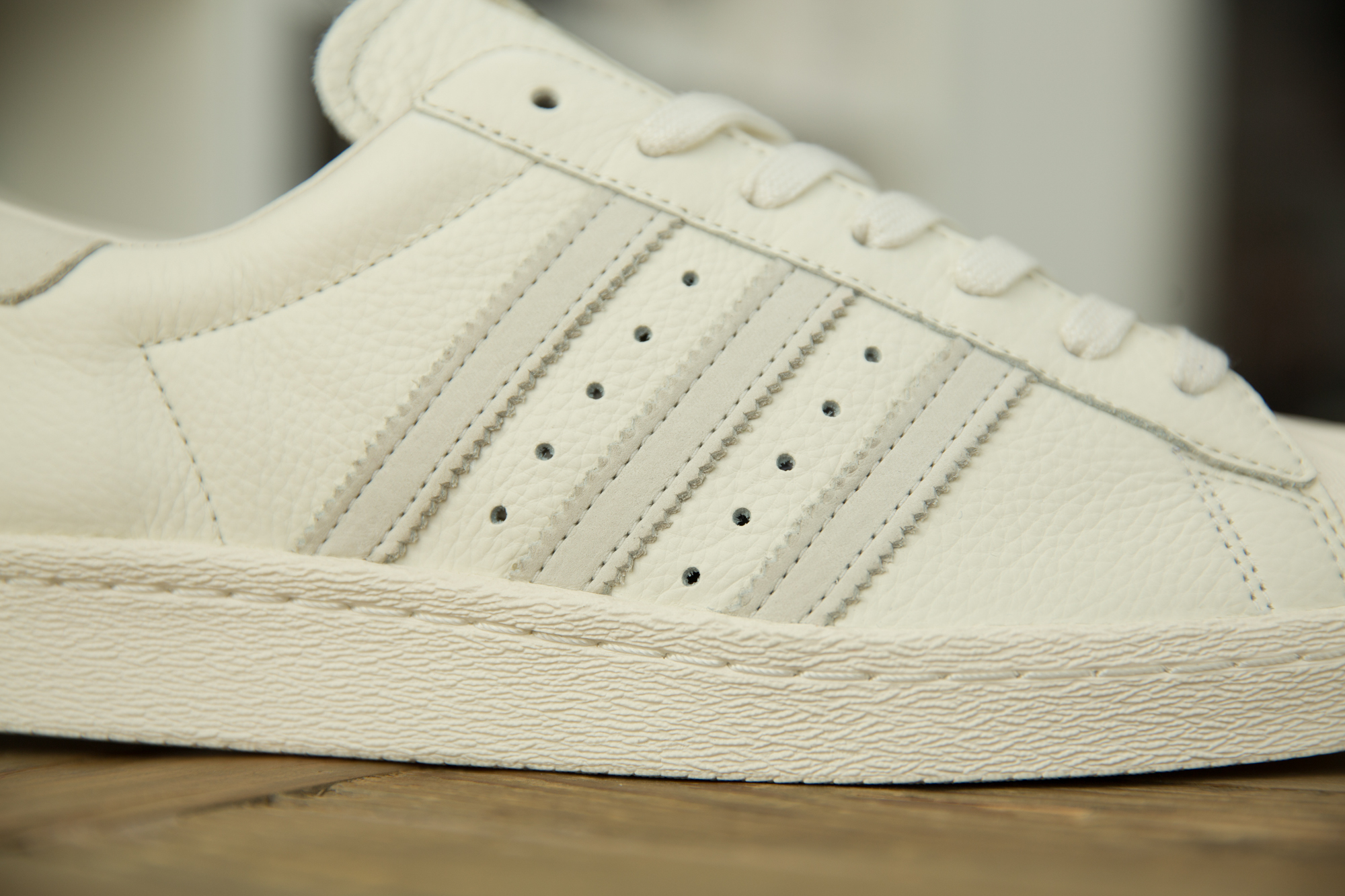