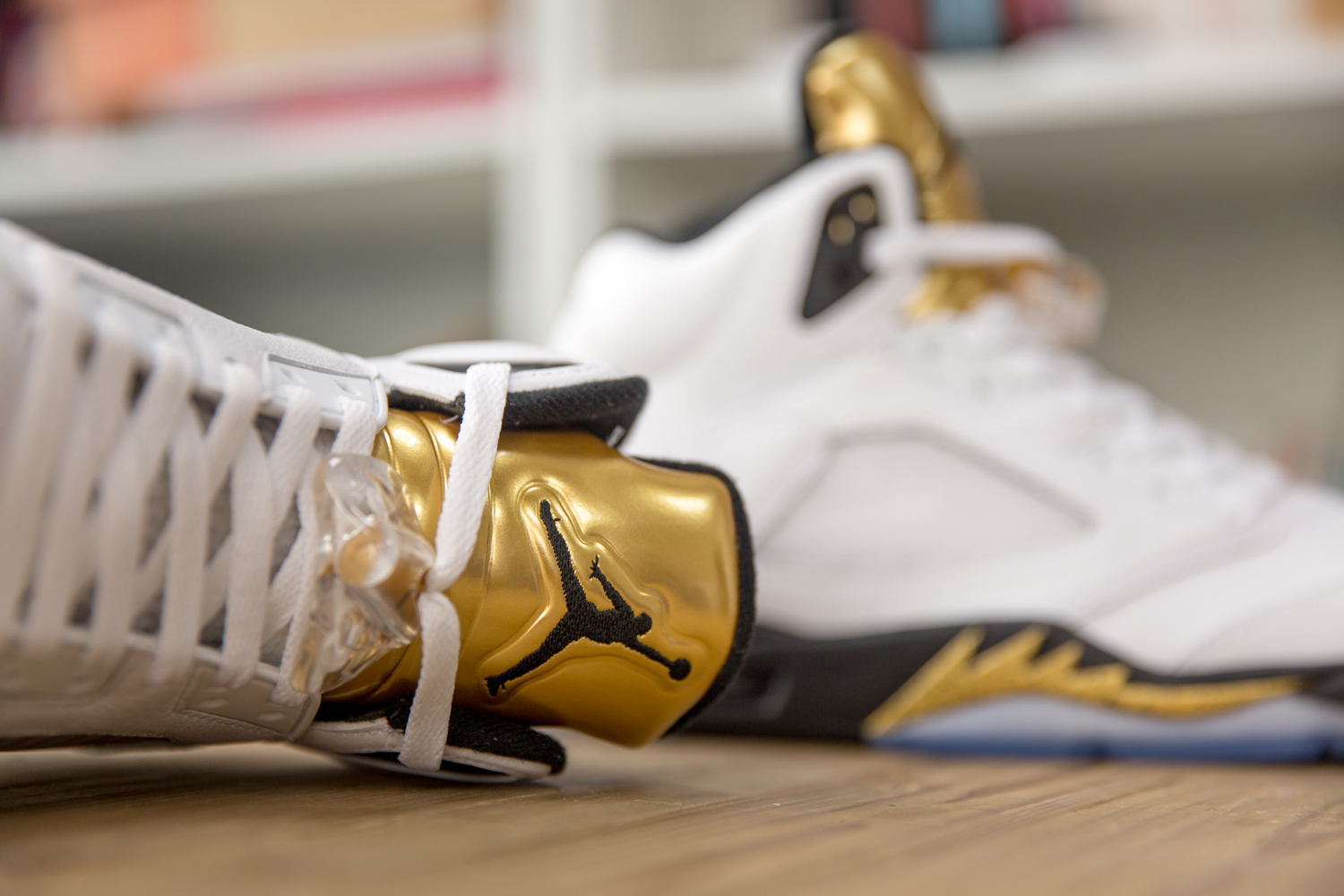 Following in the footsteps of the OG Black Metallic release last month, the Air Jordan V returns in a brand new colourway paying homage to this summers Games. The initial OG Black/Metallic version served as a 'Silver Medal'  of sorts, and as well as this new gold rendition a third Bronze variation is due to release in the not too distant future to complete the line-up. The V first debuted on the feet of Michael Jordan back in 1990, in a year that saw the Bulls finish third in the Western Conference. This time around, design inspiration for the V came from the Mustang Fighter Jet, removing the serrated teeth from the menacing paintjob and applying it as a midsole detail. The other obvious outstanding details on the original V included a plastic mesh sidepanel for improved breathability, and a full reflective 3M application to the protruding tongue, the first time the material had been used on an Air Jordan model. For this edition the tongue has been revamped with a shimmering gold coating, and a gold base layer sits on the midsole teeth, overlapped by black paint splatters. The Air Jordan V 'White/Metallic Gold' will be available online and in selected size? stores on Saturday 20th August priced at £160 in mens sizes, and £90 in women's. Look out for links posted at 8am over on our Twitter page that will take you directly through to the products. 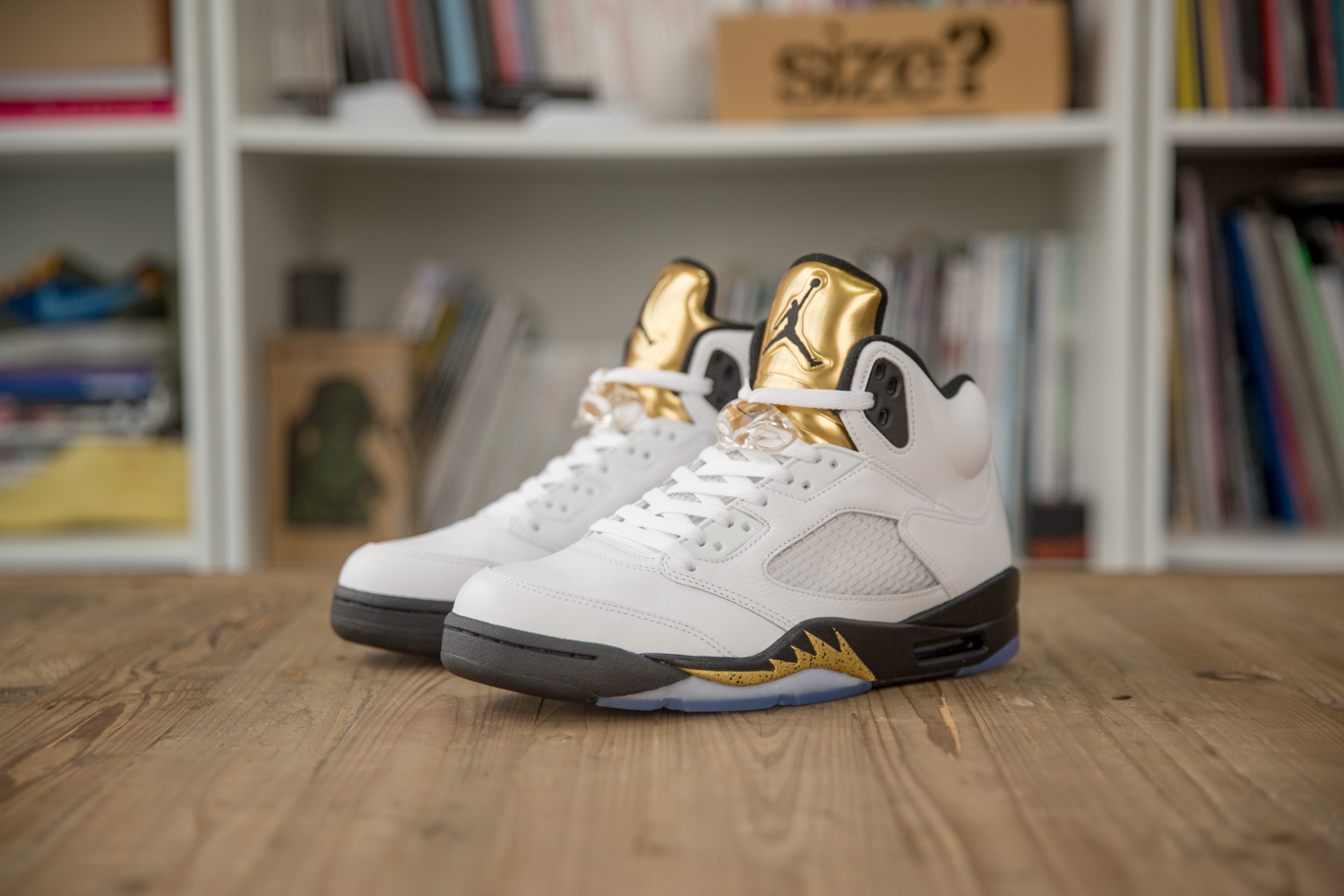 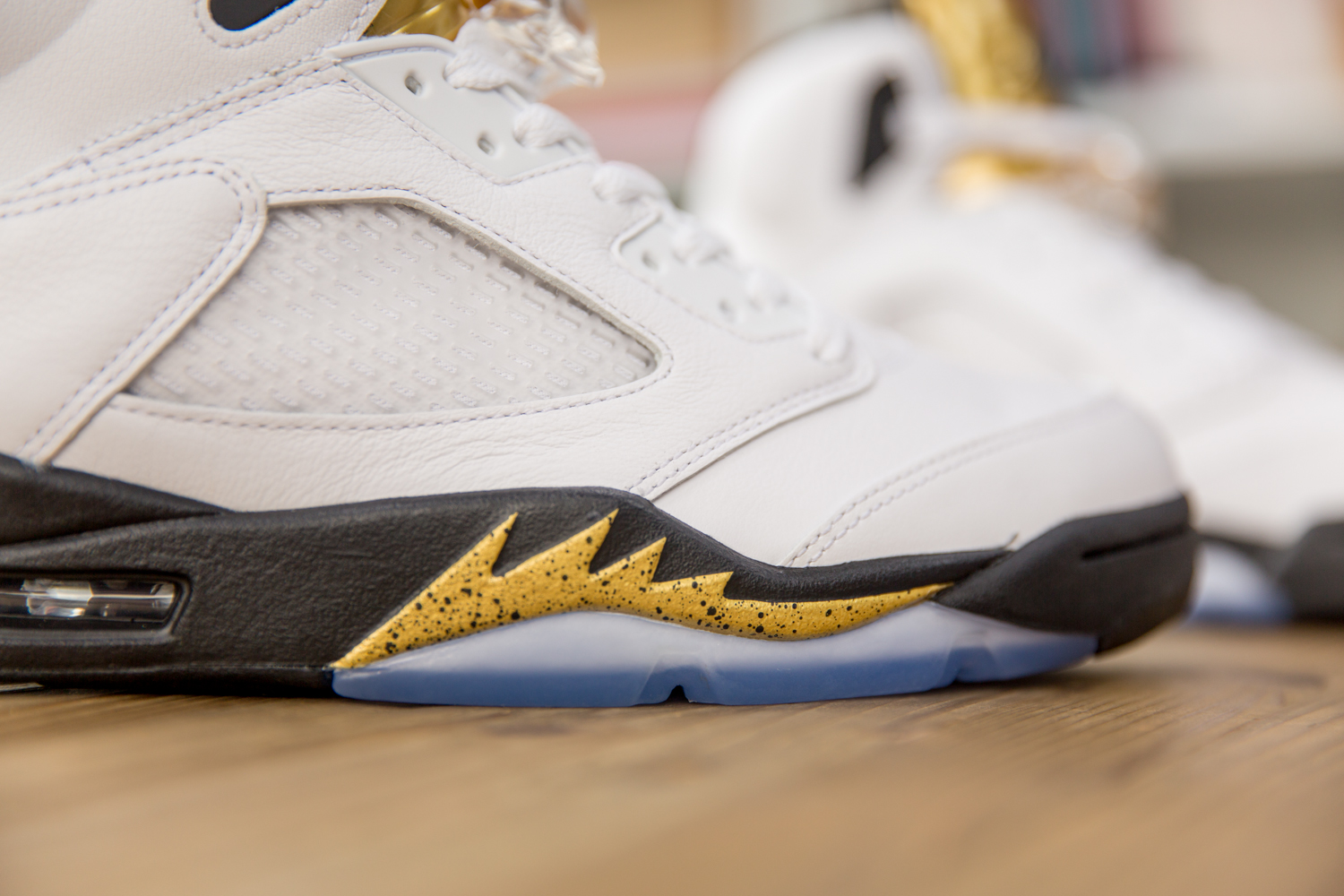 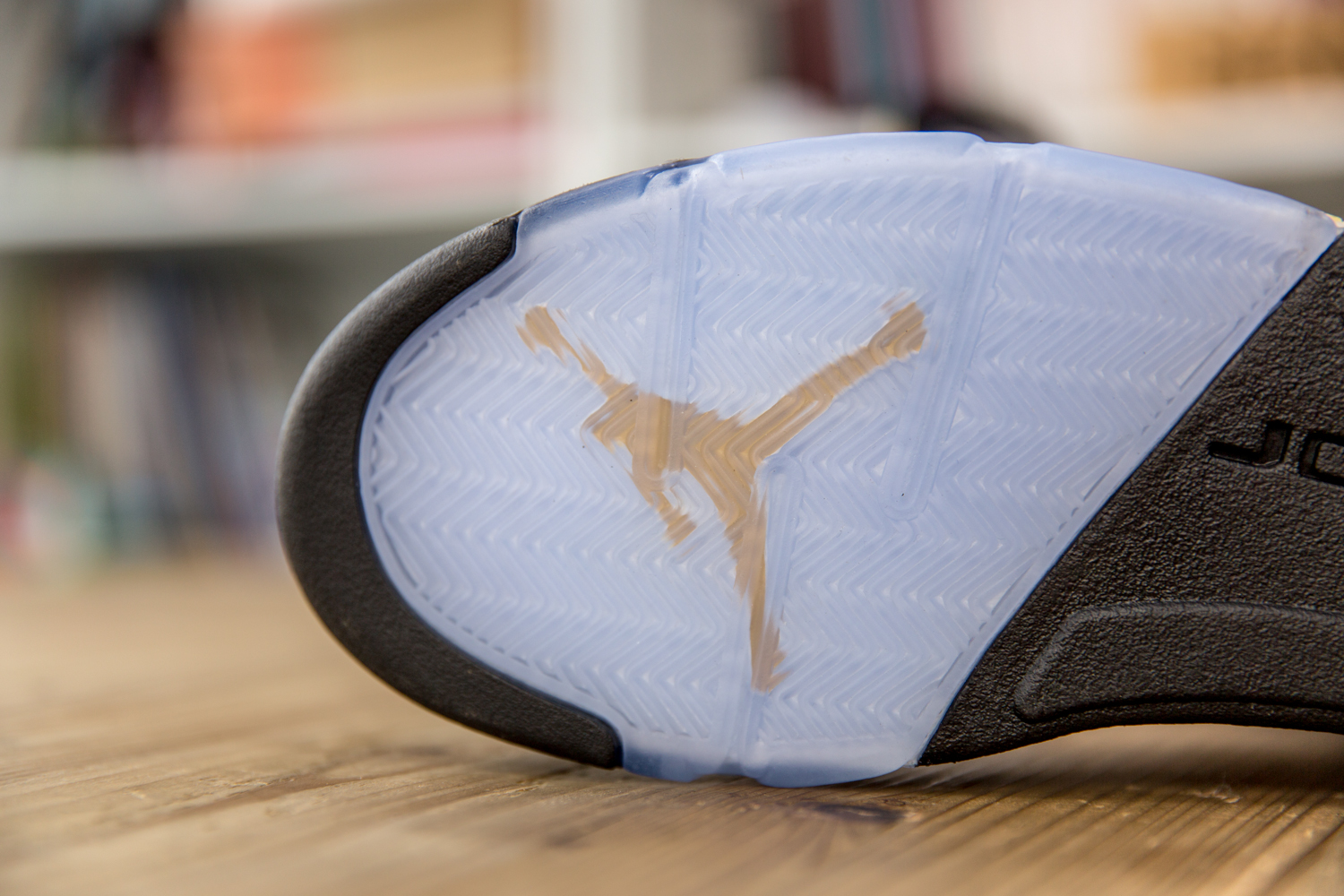 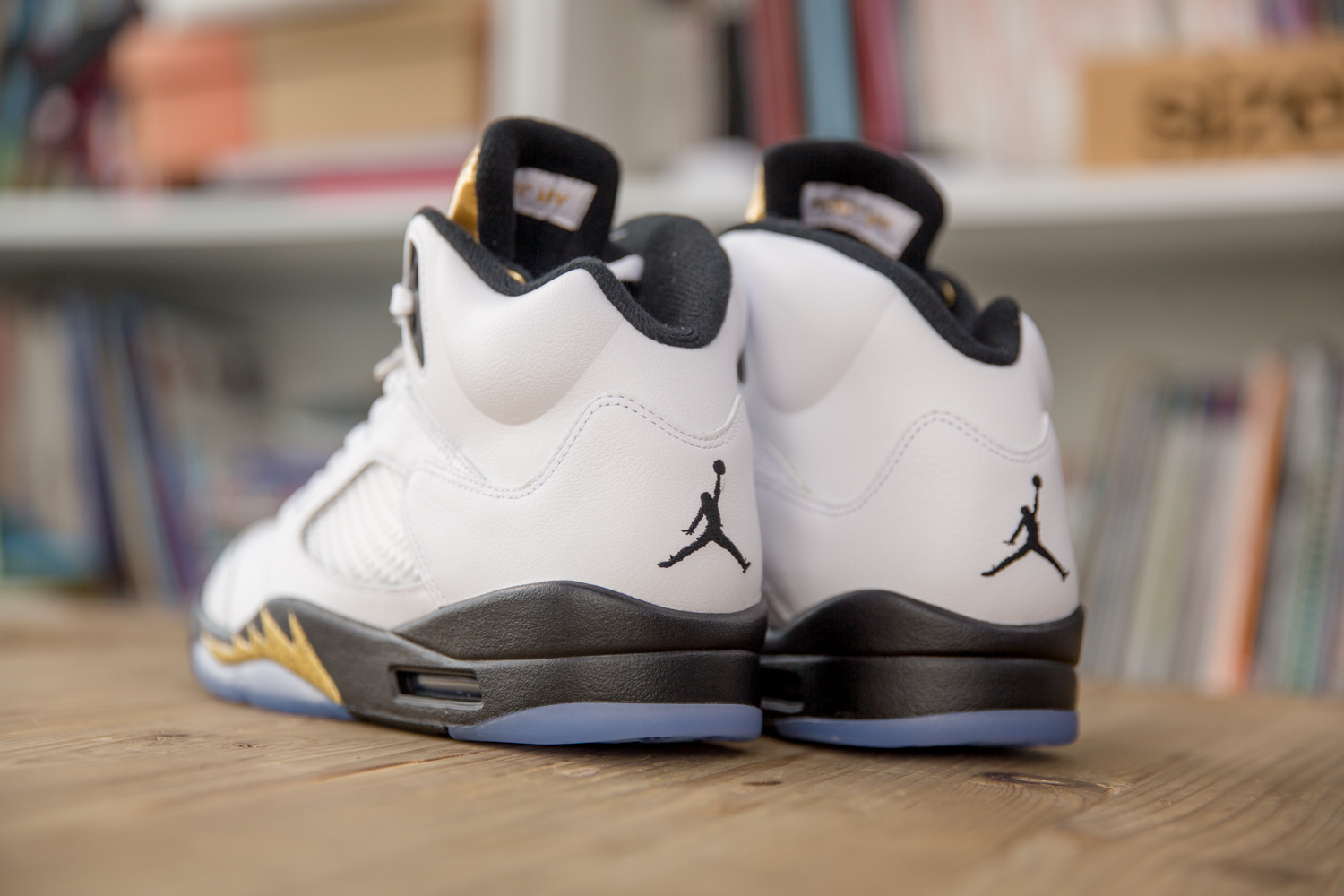