Home  /  Fresh News   /   A Retrospective Look at adidas in the Olympics

A Retrospective Look at adidas in the Olympics

There are literally thousands of different shoes that have hit the track, field, and gymnastic arena in the Olympics 120 year history, so we've taken a small glimpse at some of the significant adidas related shoes throughout the past century that have helped athletes achieve their dreams and return home with Olympic glory. 1928 - Amsterdam These were the first games where Dassler's shoe's were being worn during competition, and his work didnt stop there as he continued to develop closely alongside athletes in order to fully optimise the performance of his 'Waitzer' running shoe. An evolution of his previous endeavours, in 1926 Dassler created the first ever full leather soled running shoe with additional hand forged spikes. 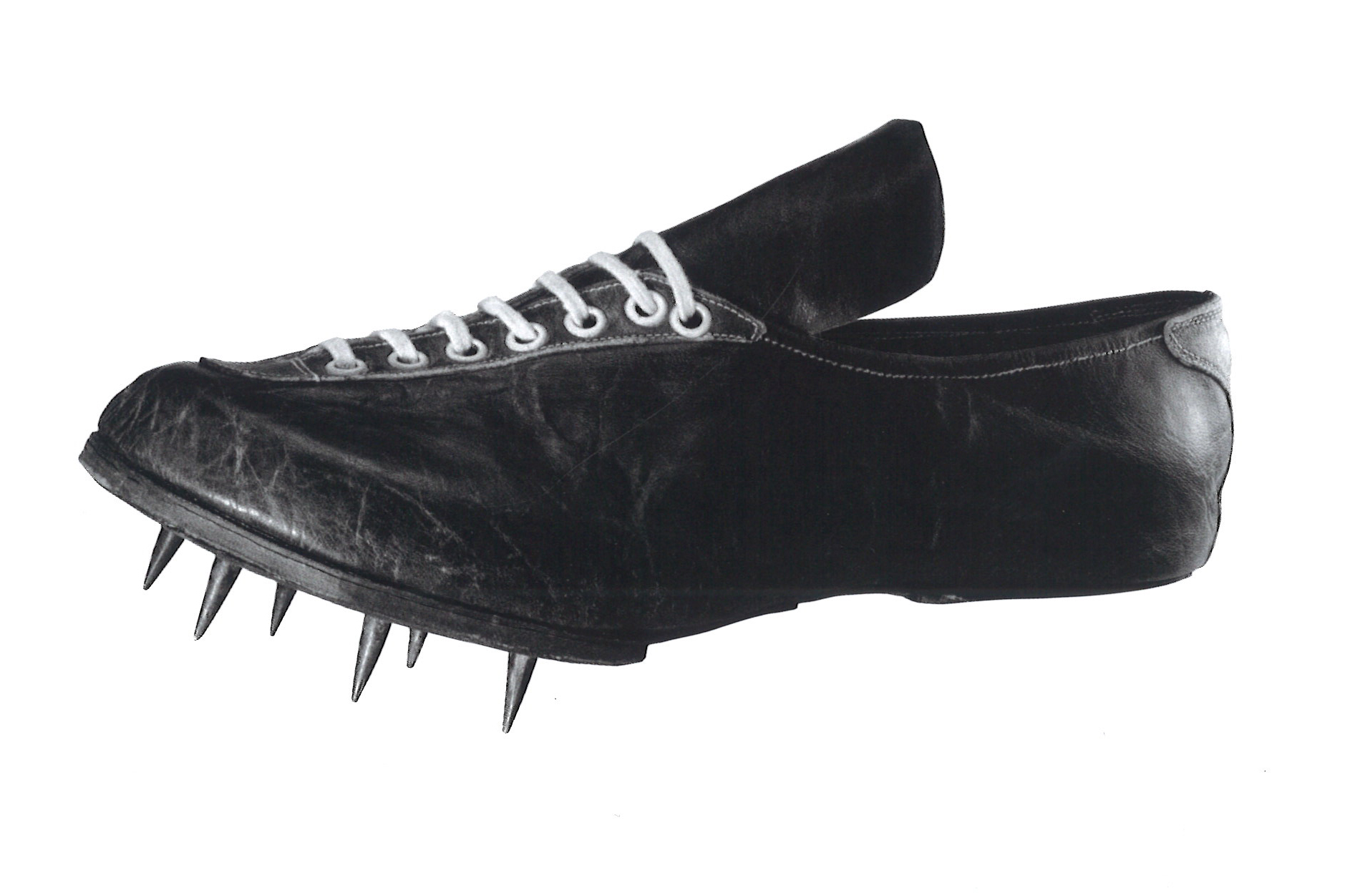 1936 - Berlin This was the year that saw Jesse Owens return to America with four gold's around his neck after stealing the show in Berlin, winning the 100m & 200m sprint, 4 x 100m relay and long jump. Dassler created three different shoes for Owens, setting four Olympic records in the process. 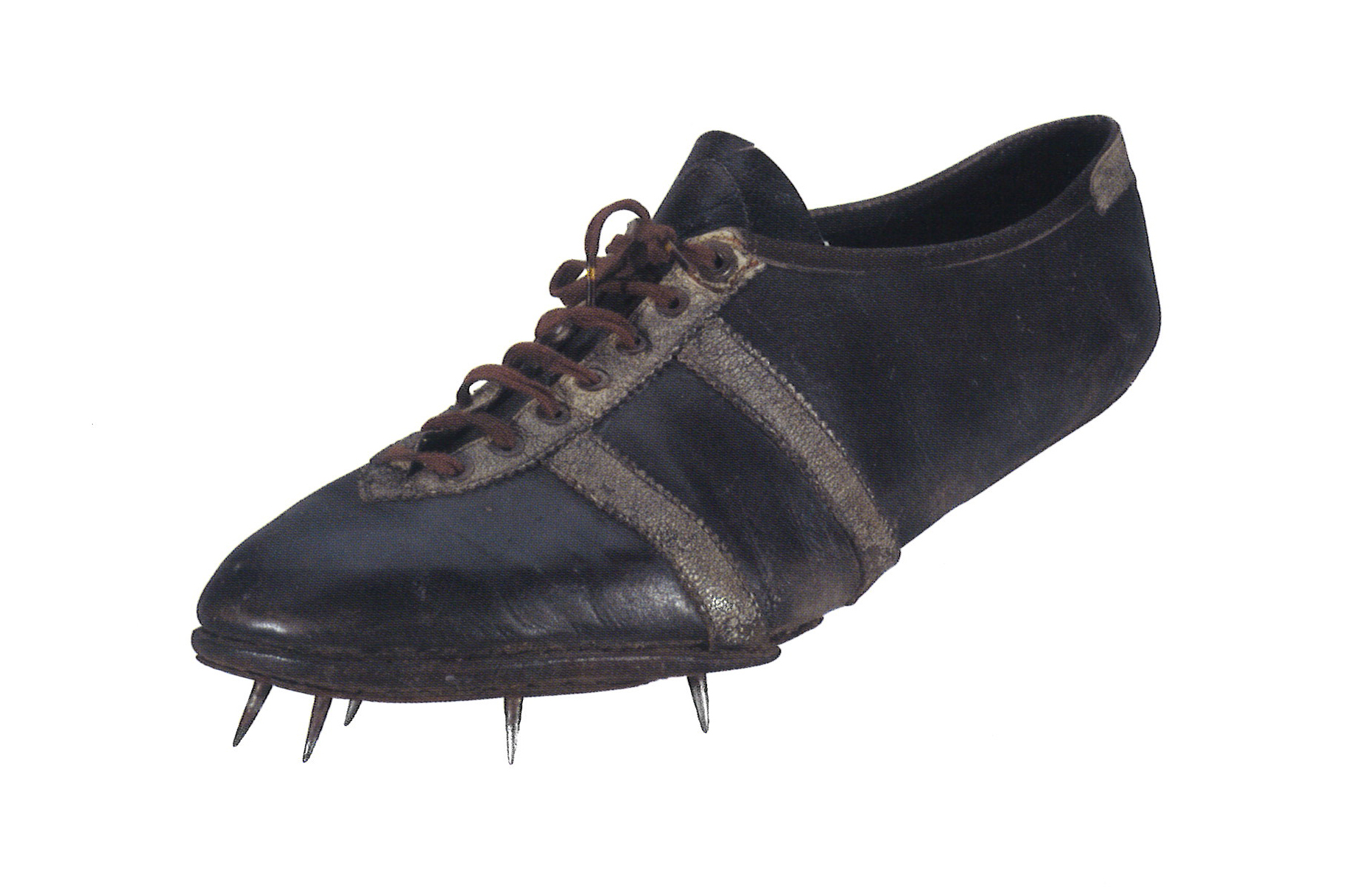 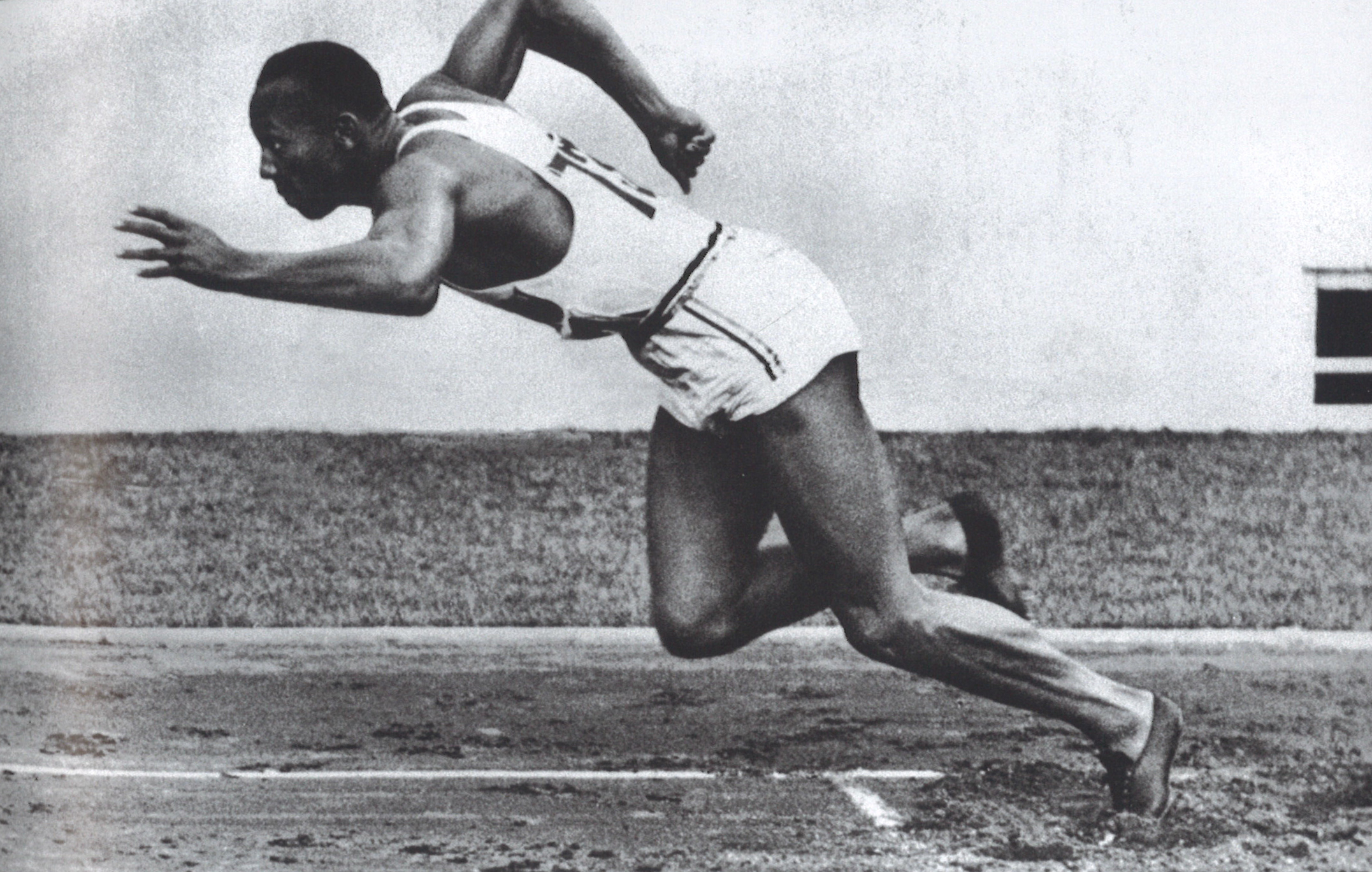 1952 - Helsinki Czechoslovak long distance runner Emil Zátopek shone in the games hosted by Finland that year, taking gold in the 5k, 10k and marathon discipline's, all while wearing these distinctive red leather runners with white striped accents. The strips around the heel counter were designed to help hold the foot in place to stop it from slipping inside of the shoe. 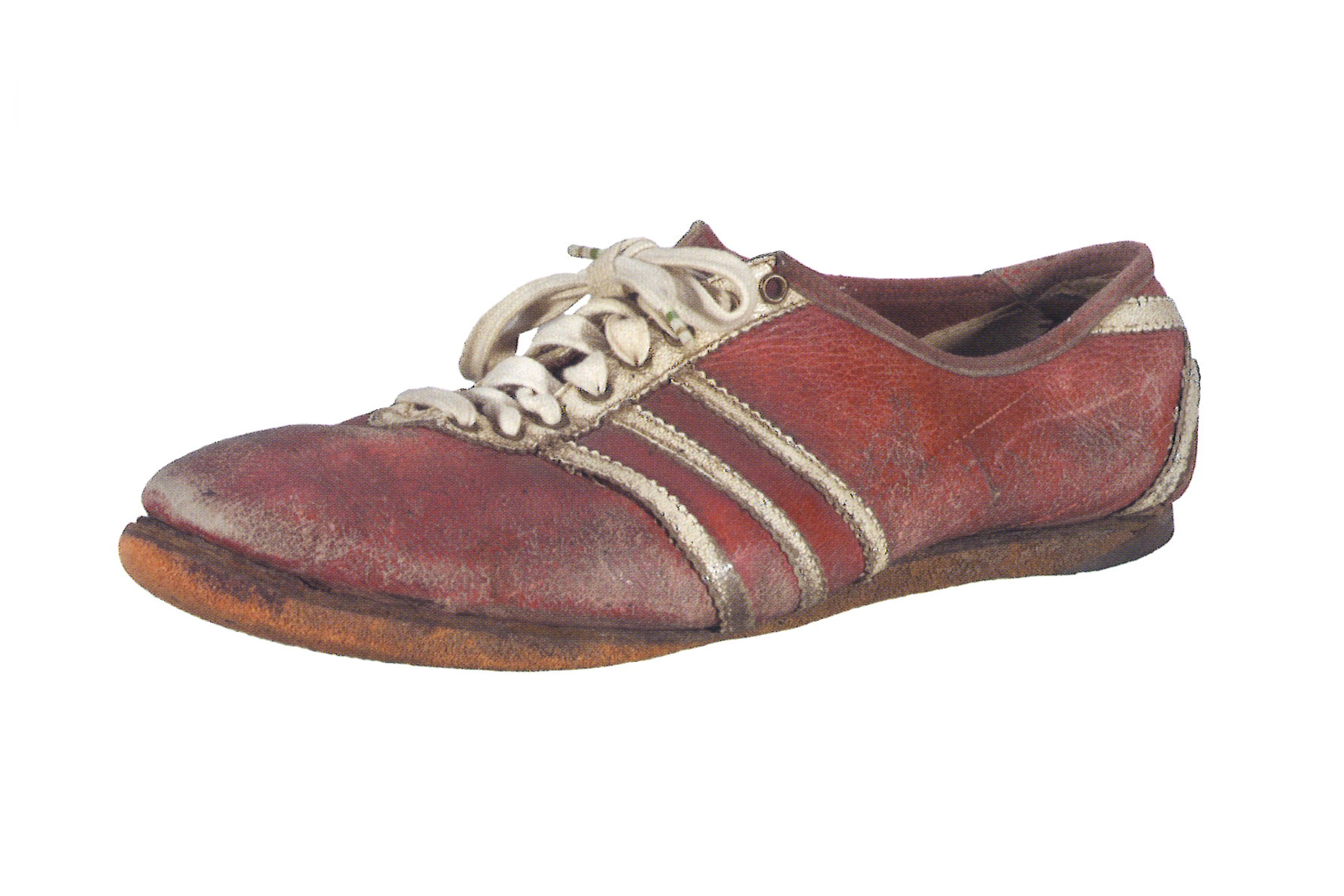 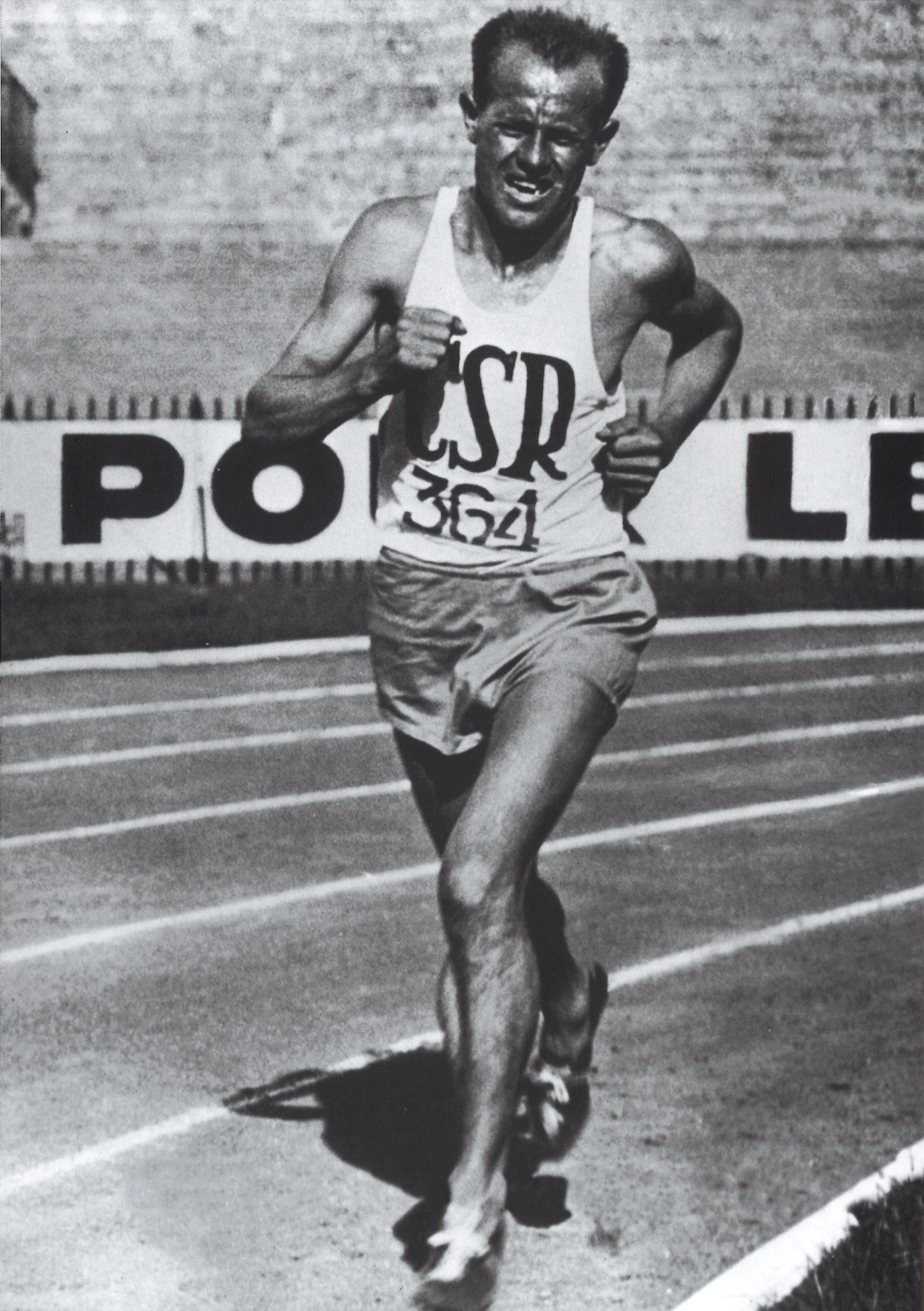 1968 - Mexico This years high jump competition would take an eventful new turn with the introduction of young upstart Dick Fosbury, who would unknowingly go on to revolutionise the sport. As a standard, the Barrel roll technique of literally jumping as high as you could over the bar was the norm up until 1968. Fosbury introduced a technique whereby you leapt over the bar, backside first, which was later christened the 'Fosbury Flop', and it's since been taught as the default position for high jump. Fosbury worked closely with Dassler, and would often insist on wearing a different type of spiked shoe on his takeoff foot in order to perfect his technique when leaving the ground. 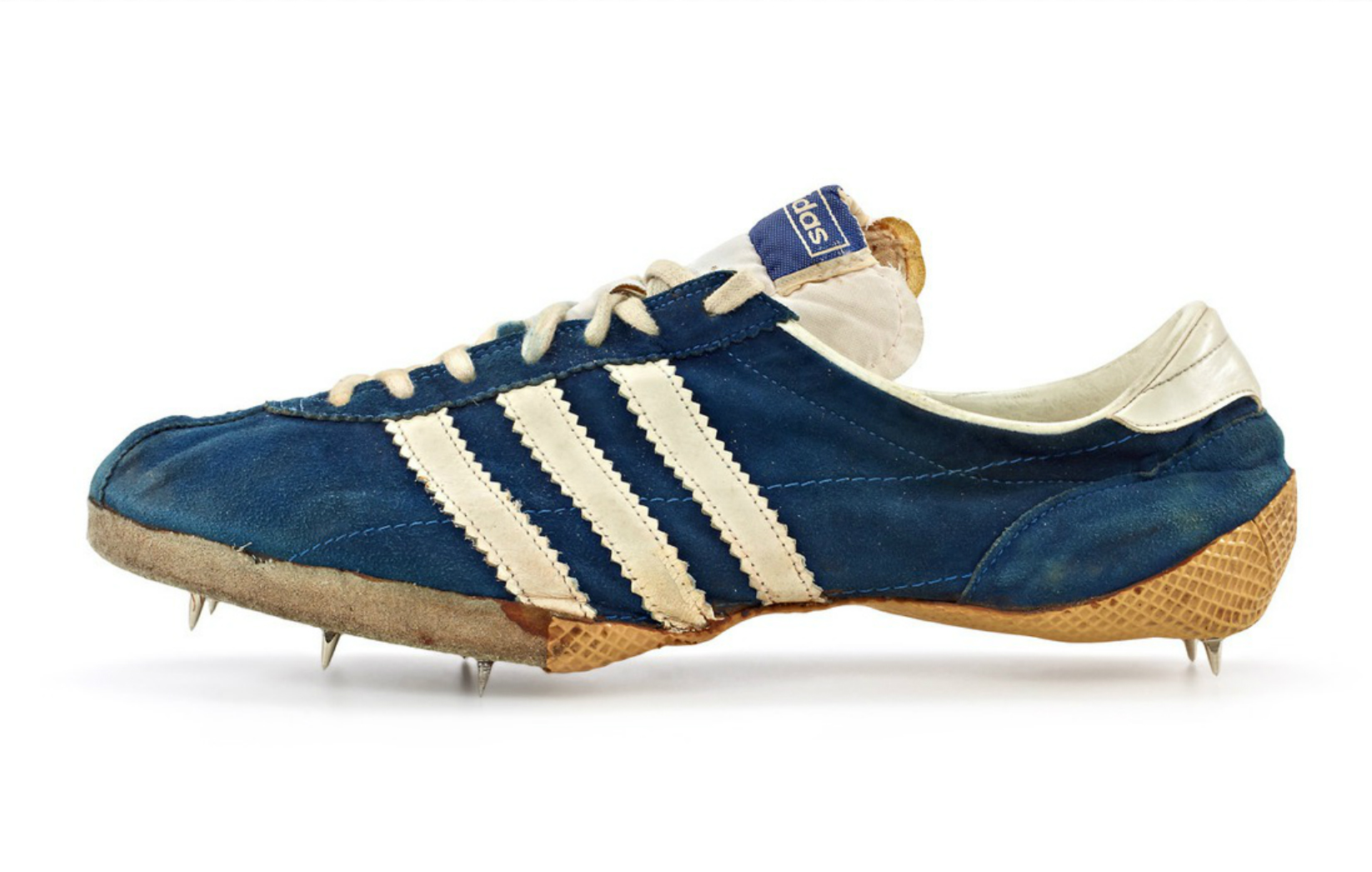 https://www.youtube.com/watch?v=-OtkrNq1fZg 1980 - Moscow Both the Moscow Games and the following 1984 Los Angeles Games were wildly successful for Englishman Daley Thompson. Billed as one of the greatest Decathetes of all time, Thompson scooped gold in the disclipline two games in a row, a feat that had only ever been achieved 30 years previous by American Bob Mathias. 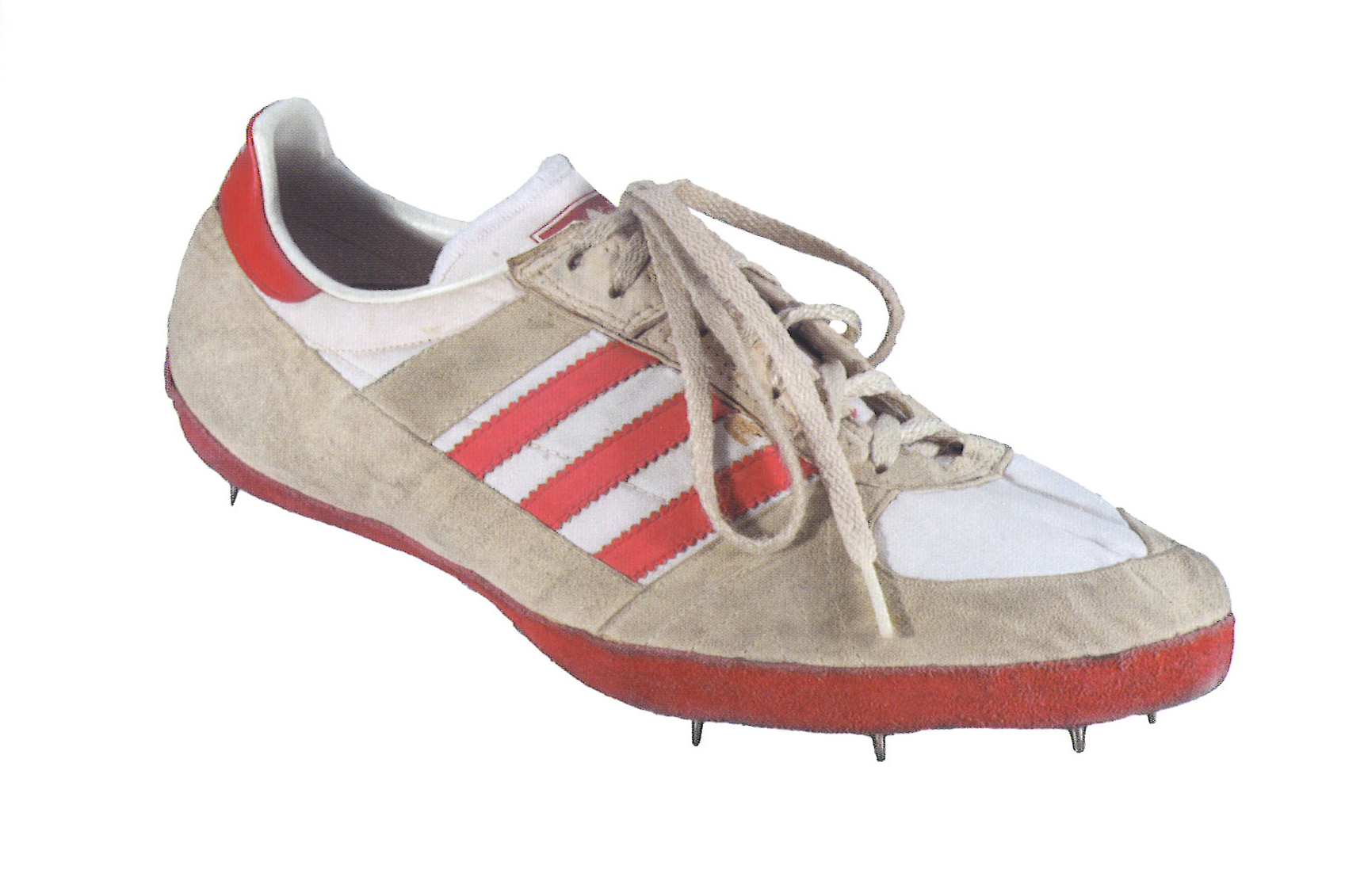 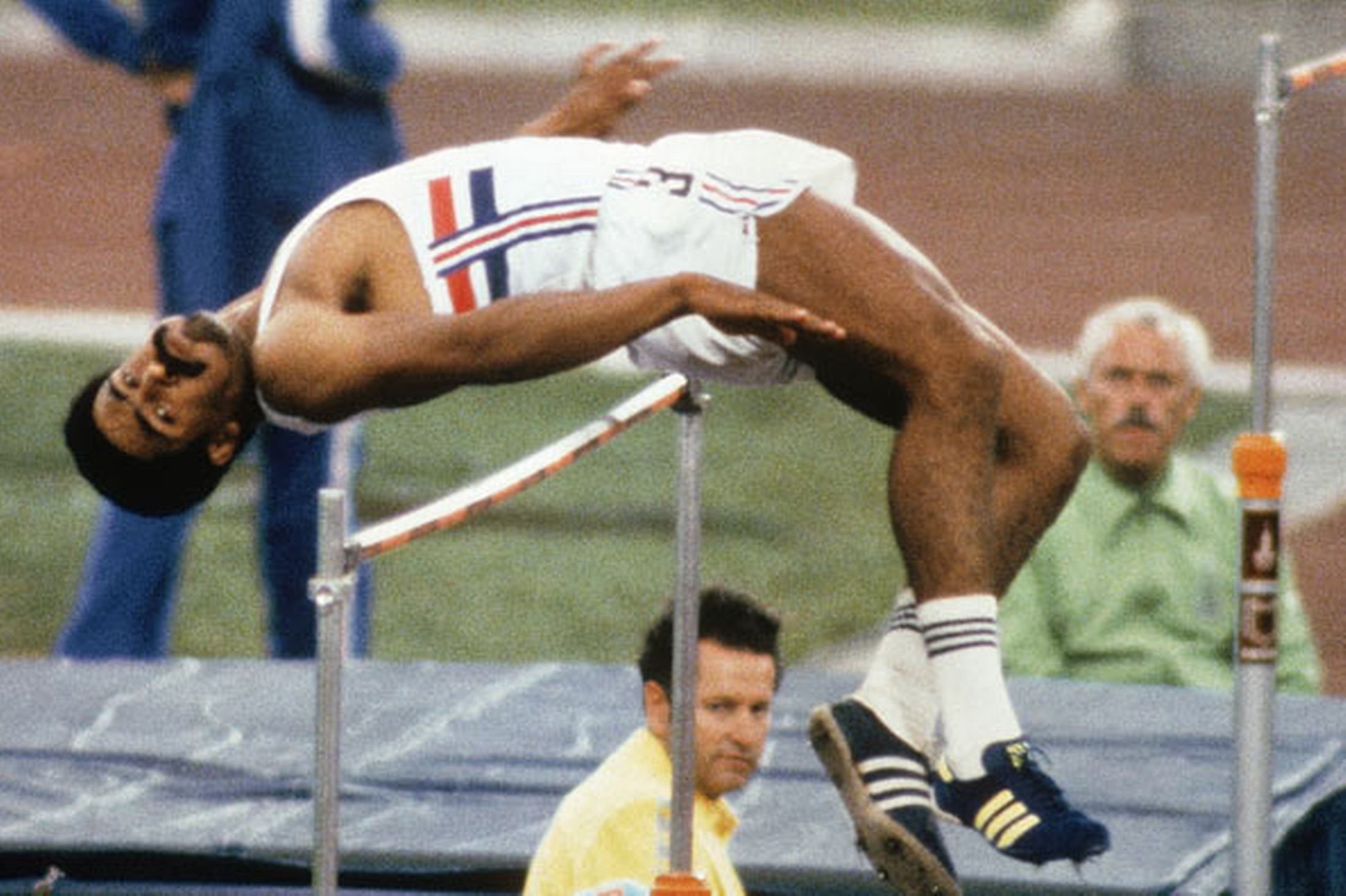 1996 - Atlanta In a race predominantly ruled by the US Track team each time the games rolled around, Canadian Donovan bailey disrupted the status quo in 1996, setting a new world record in the process. Bailey originally ran the 100m distance back in 1991 part-time, but didn't properly begin competing and taking things seriously until 1994 (while also working as a stockbroker at the time). Bailey was inspired to properly return to running after he'd seen athletes he used to previously beat in races back in his college days winning at a competitive level. 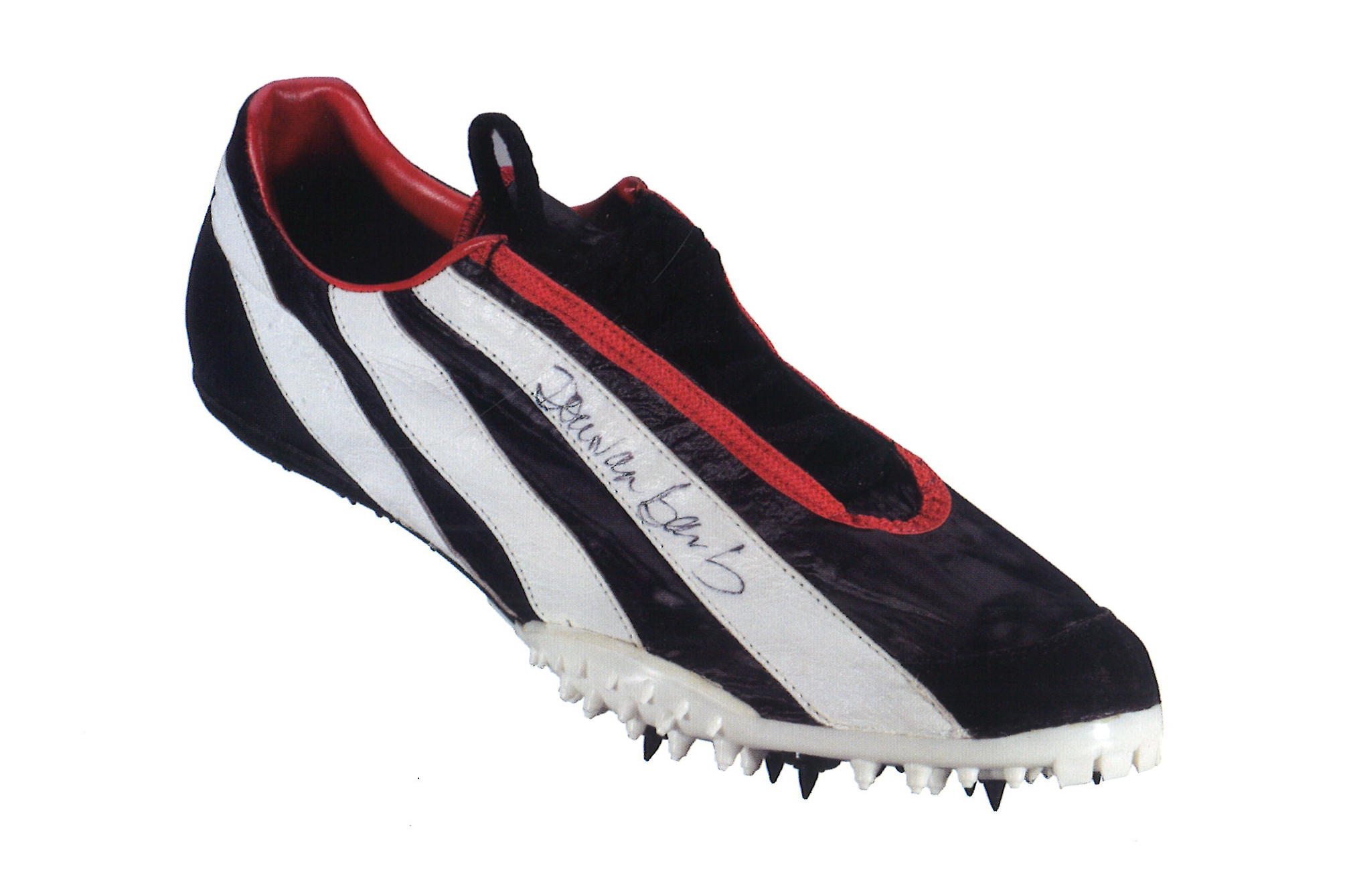 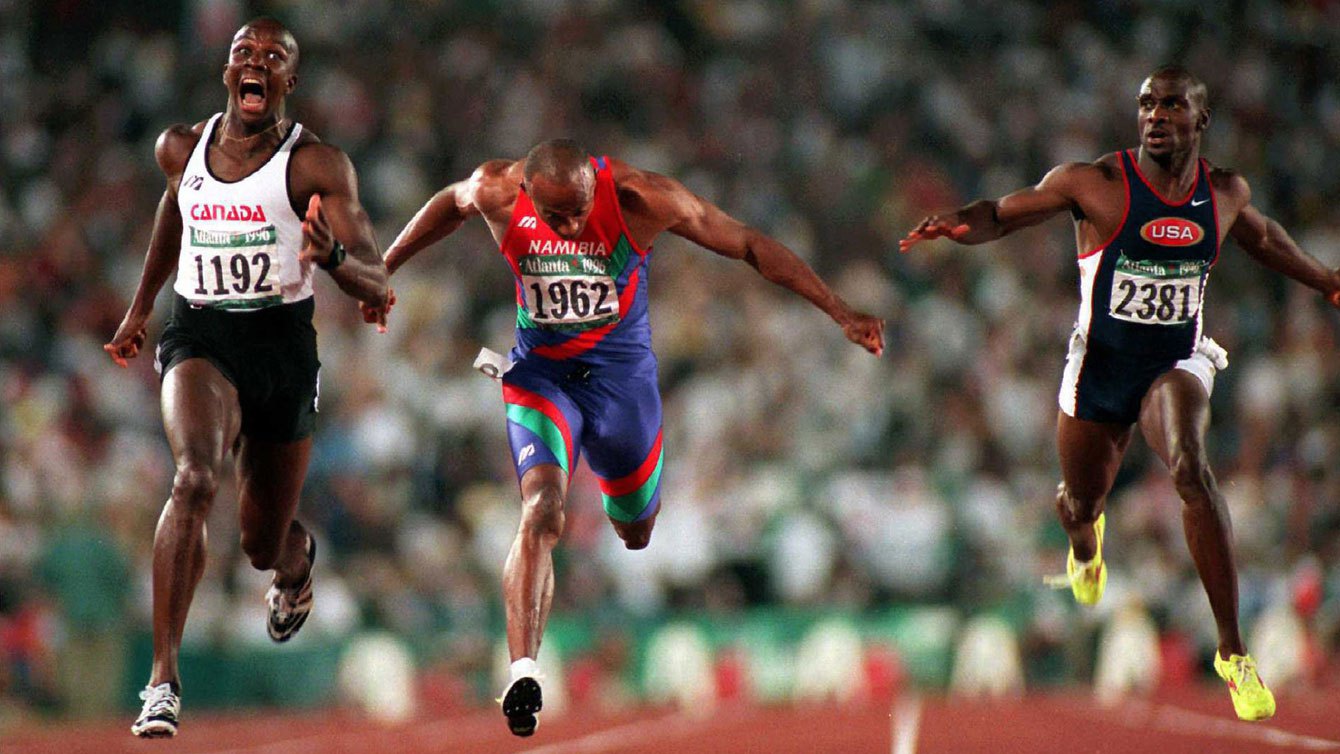 2004 - Athens Although they may not have taken home the gold this year in the 4 x 100m relay (GB just pipped them to the post at the finish line) Team USA put in a valiant effort, visually fronted by Maurice Greene's one of a kind, bespoke 'Stars and Stripes' track spikes that had the world talking. The upper sat atop a never before seen adidas spike sole plate, making it ultra lightweight in order to improve performance. 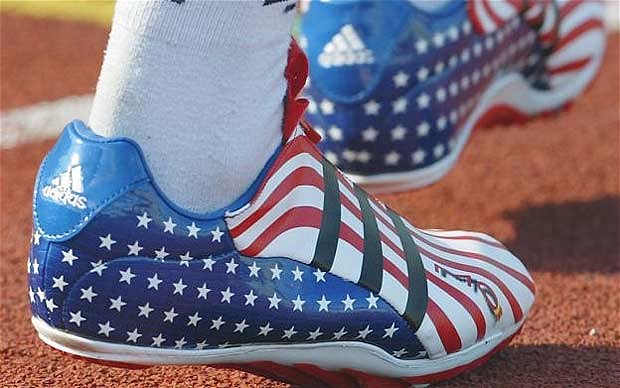 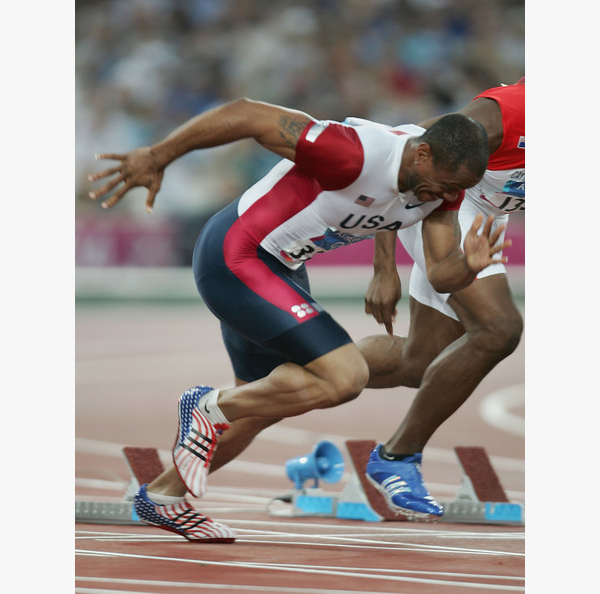 2008 - Beijing The colour themed approach to Olympic footwear packs seemed to first begin with adidas in 2004 with their blue & iridescent colourways. Fast forward to Beijing, and the concept had fully grown to accommodate almost every competitive piece of footwear needed, presented in clean white with black side stripe branding. 'Adistar' was the title moniker for the collection, which encompassed everything from track spikes and cycling SPD's, to gymnastics pumps and rowing shoes. 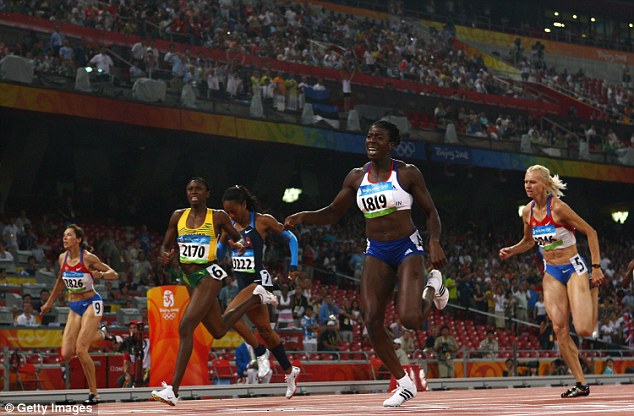 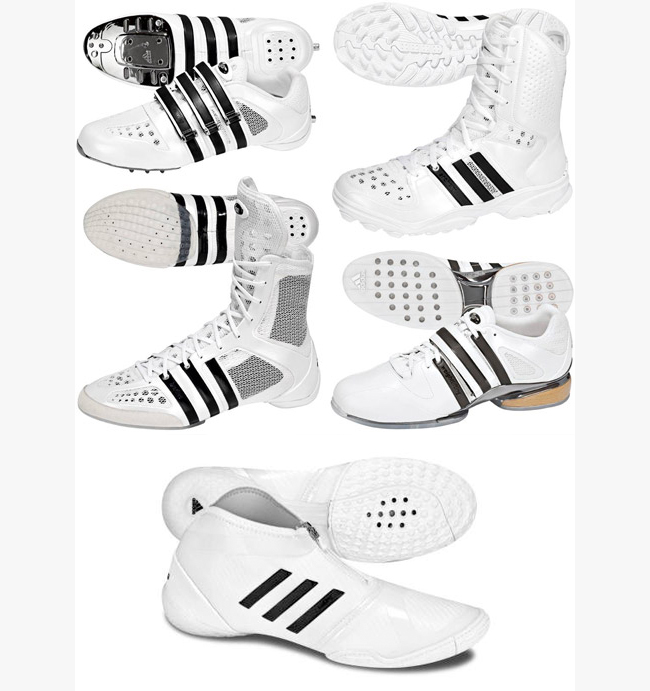 2012 - London Vibrant colour was at the forefront of the brand palette at London 2012, and adidas once again ensured every athlete was supported with adequate kit. Creating 41 event specific shoes, each were dressed in pillar box red with white branded accents. Running alongside the athletic performances, adidas teamed up with 10 artists and customisers to reinvent a shoe everyday of the games, using the sporting highlight of each day as a theme to work from when creating. 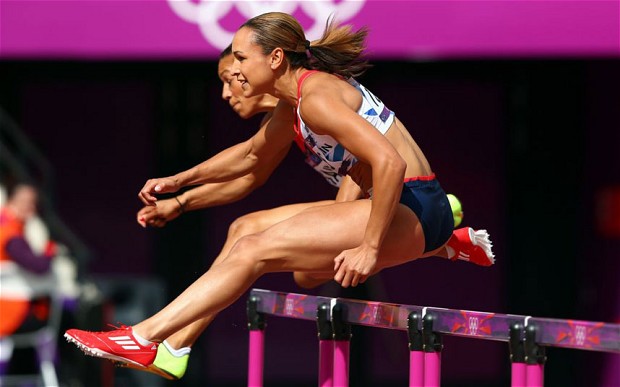 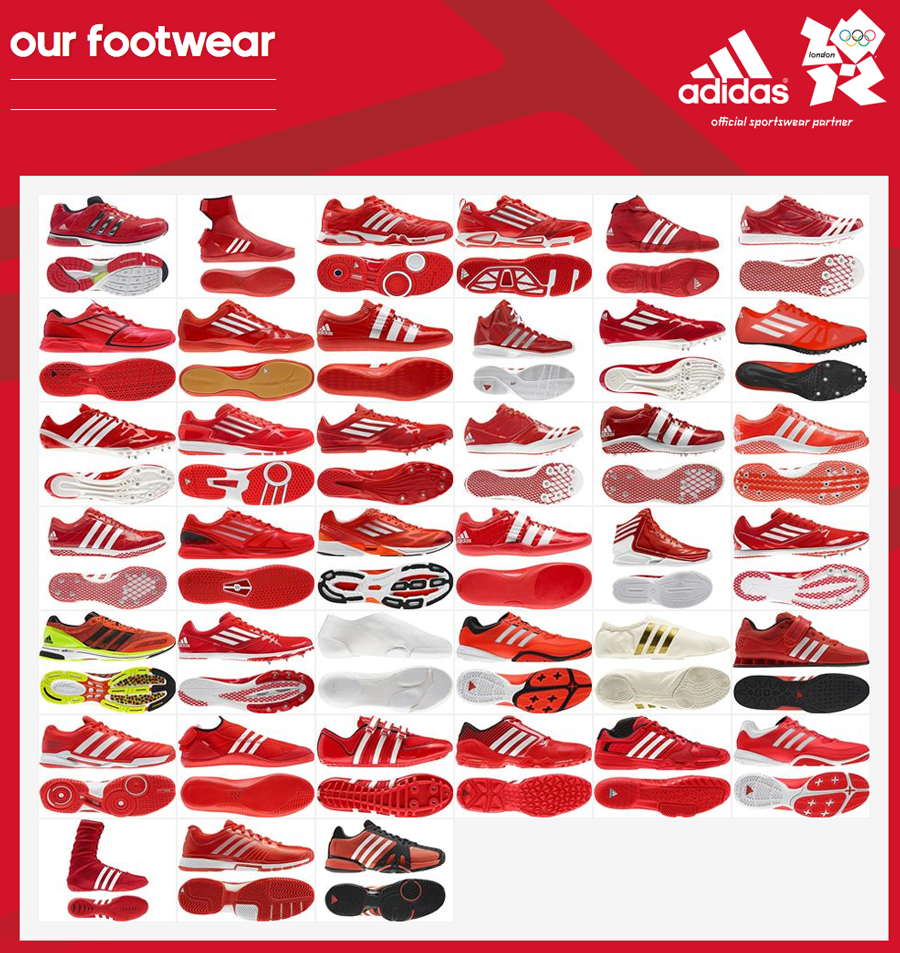