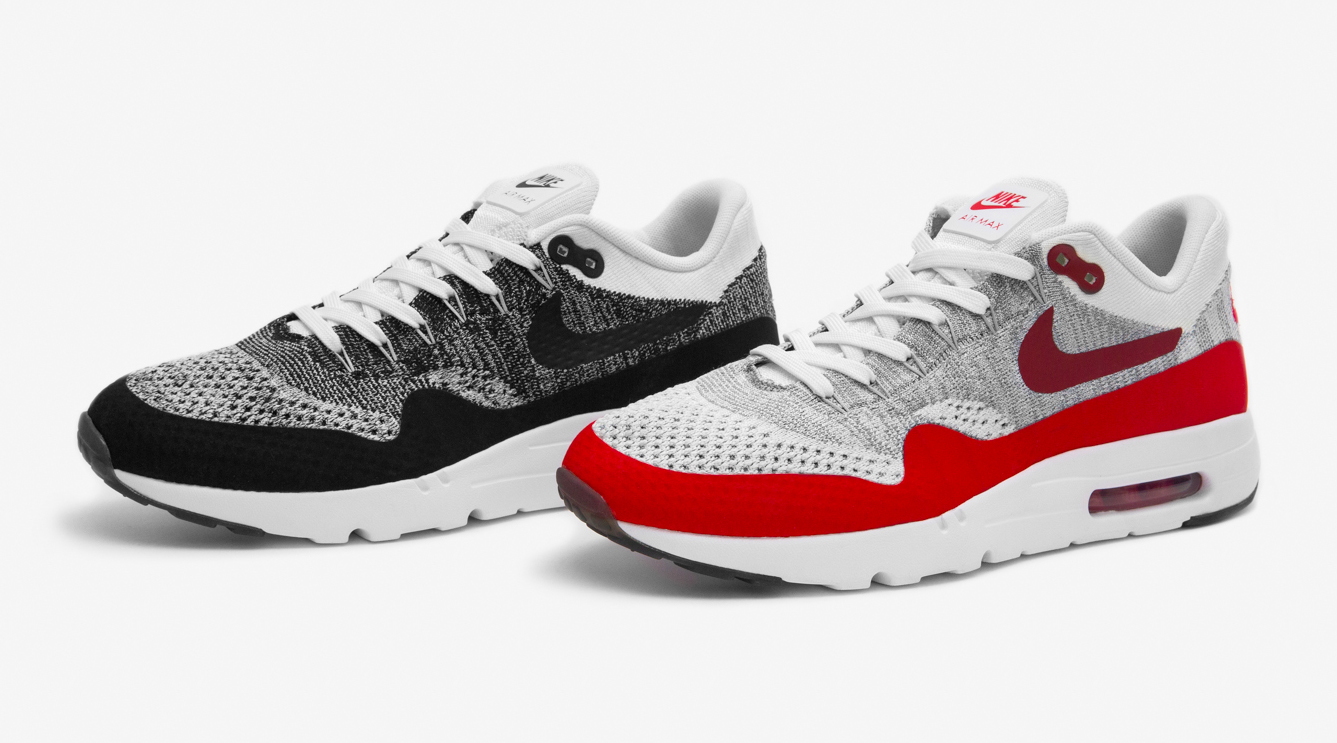 1987's famed red & white release from Nike gave us all quite an eyeful when it first stepped on the scene. The Air Max 1 was the first shoe to feature a visible air unit, a transparent bubble where you could actually witness the technology at work. 'Air' had been present inside the midsole's of several of Nike's releases in the years previous (notably introduced in the Tailwind in 1978) but this was the first time you were able to experience it with your own eyes. The story goes that designer Tinker Hatfield drew inspiration from the eccentric Centre Pompidou in Paris, where the clear architecture allowed you to see the inner workings of the cultural destination. His architectural past chimed with this idea, and the aesthetic of the Air Max 1 was born. 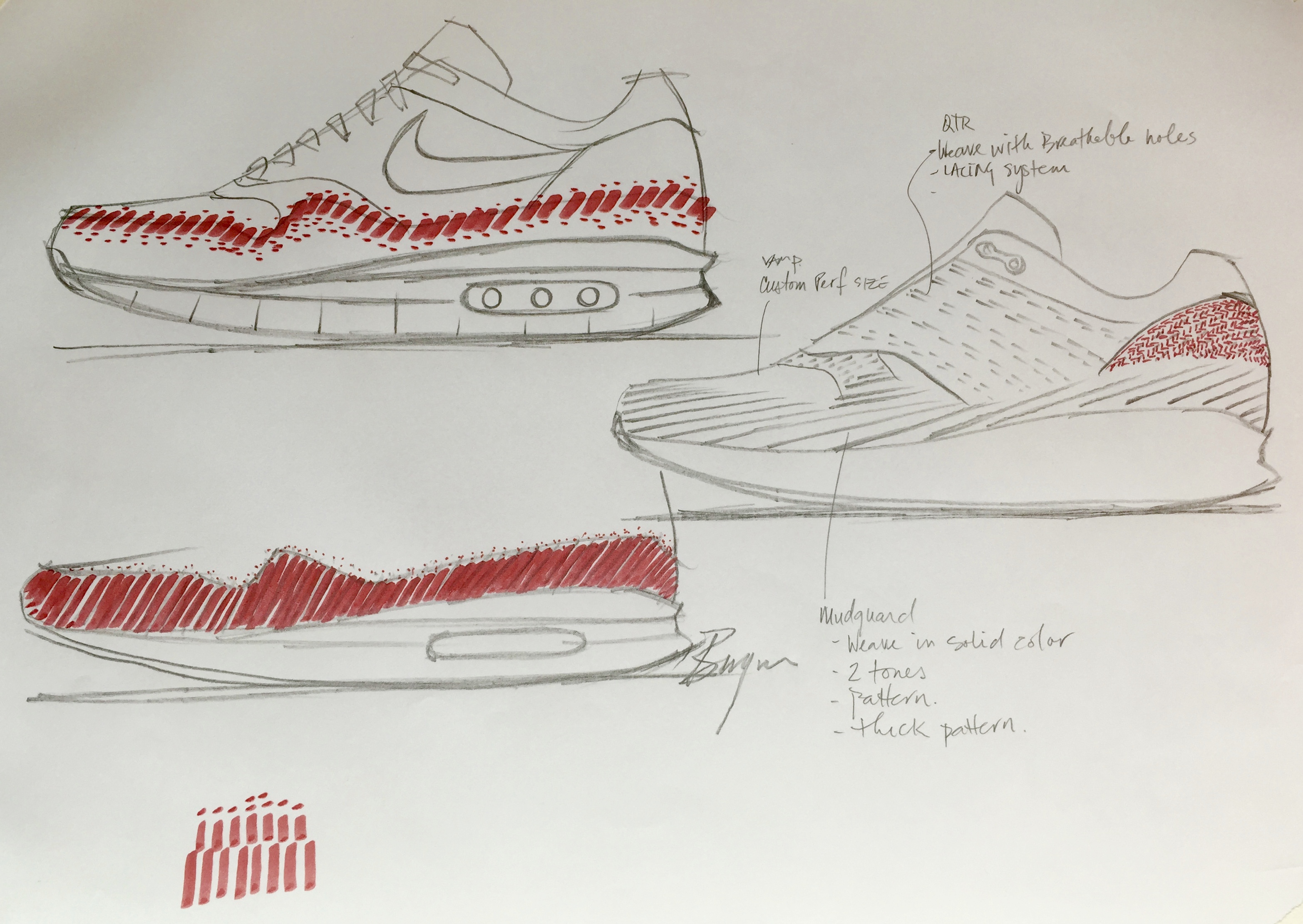 Produced in time for the 2012 Olympic Games, Nike debuted one of their most progressive technologies designed to reduce material waste in production, and in turn create one of the lightest shoes on the road. The Flyknit material is produced using a precision knitting machine, whereby flexibility and strength can be adjusted by altering the thickness of the woven panels. We took a brief look back at the development of Flyknit technology last year, and how it's transferred into the brands other performance categories, and it's now found it's place on one of the most iconic Nike shoes of all time. 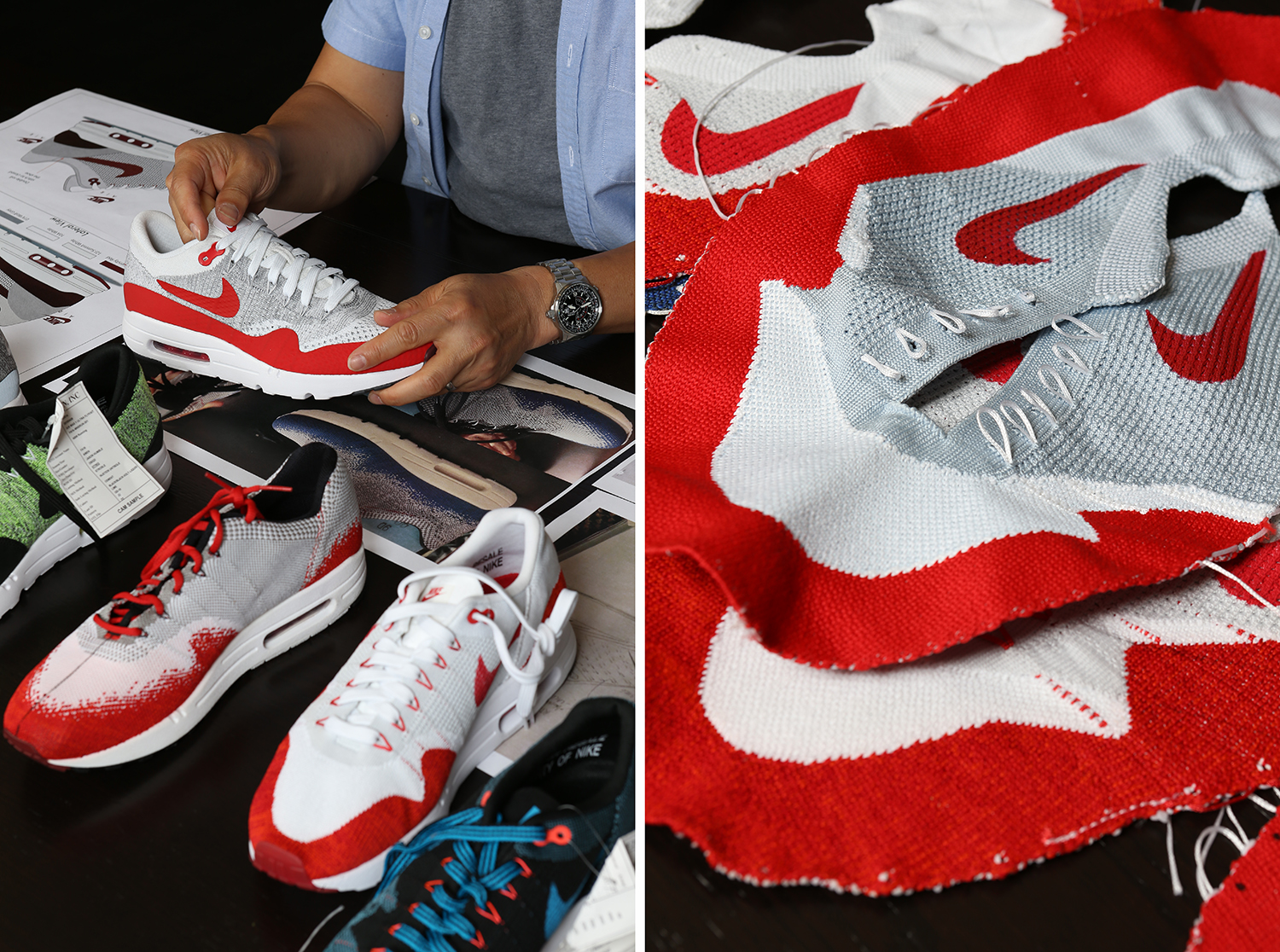 Nike footwear designer Ben Yung was responsible for the Air Max 1 Flyknit project, bringing to life the concept of reinventing an icon, and bringing it up to choosing to update it with some of the most innovative processes possible. 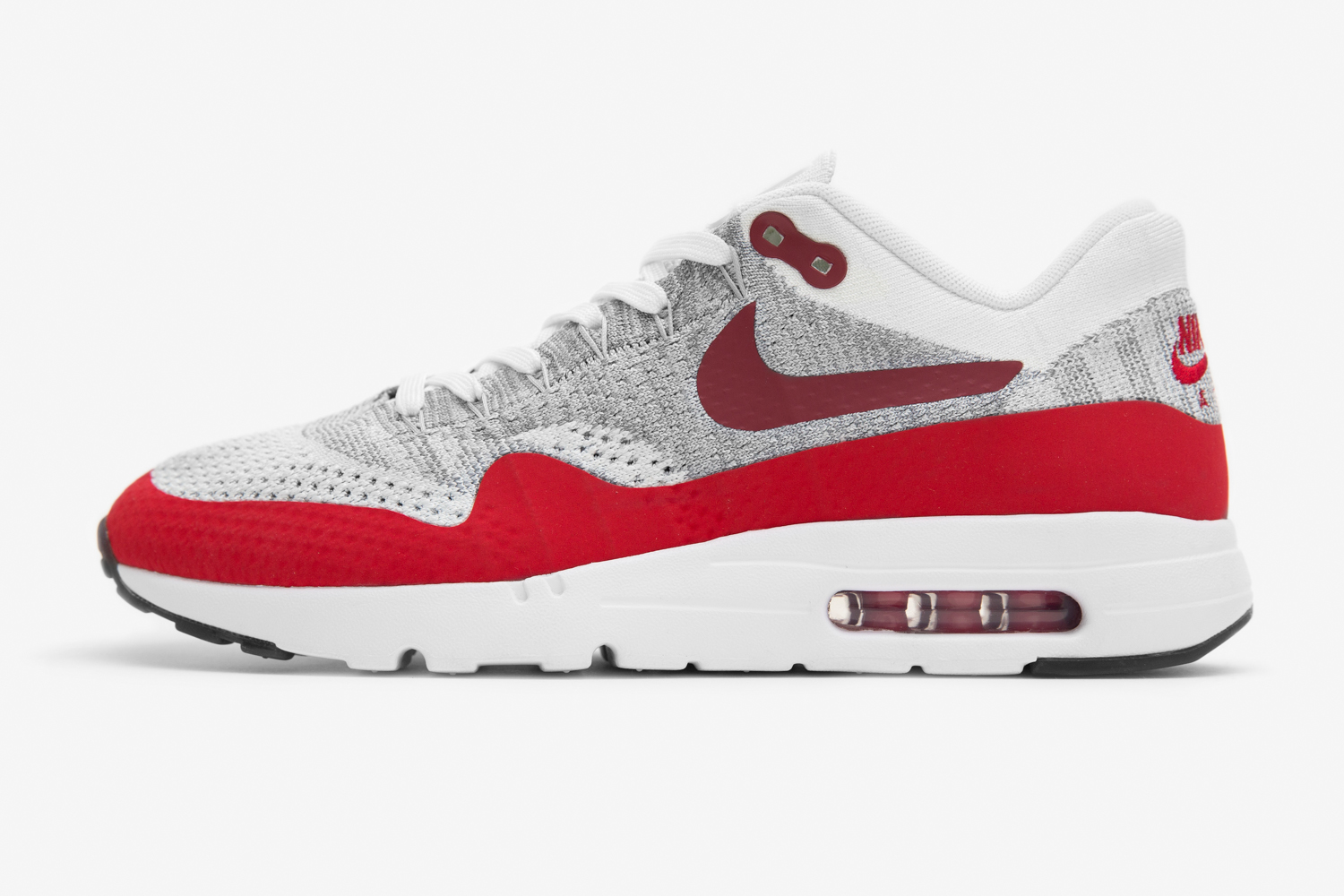 This latest version of the Air Max 1 see's several modern updates applied to the original shape. Firstly, the midsole unit has been replaced with a much lighter mould, slightly hollowed out and losing any unnecessary extra baggage. The signature bubble is still sitting proudly in the back half of the sole though, you just can't lose that visible air! 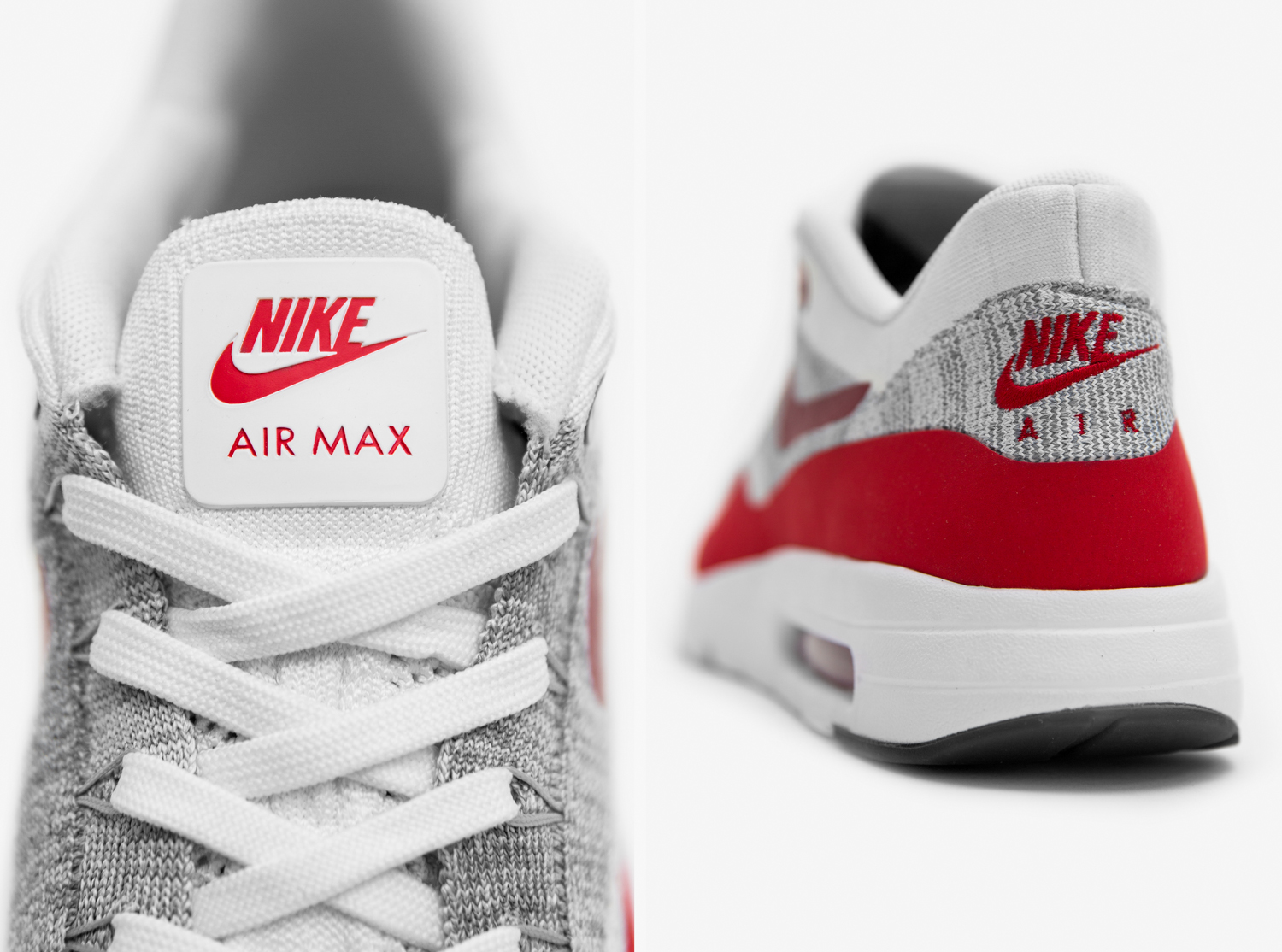 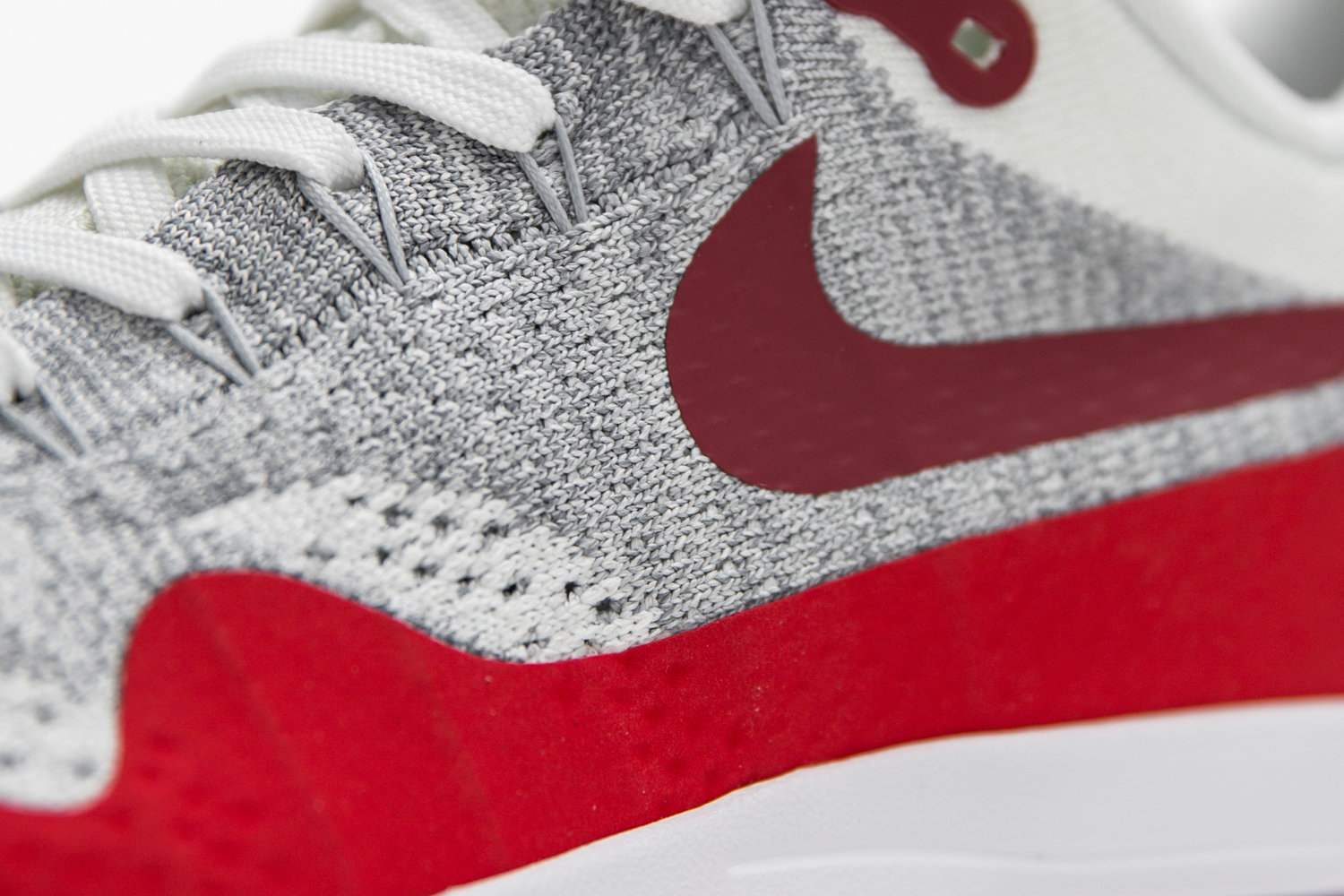 The most obvious update is the complete overhaul of the upper, replacing the original nubuck and mesh selection with woven Flyknit. Utilising the advanced technology at their disposal, each of the panels on the original is switched out for alternating patterns of white and grey knit. A  hyperfuse mudguard wraps around the base of the upper to maintain the overall shape, and the same material has been used on the swoosh branding across the sidewall. Flywire cables integrated together with the lace eyelets help to add that additional support needed with the reduction of upper materials. 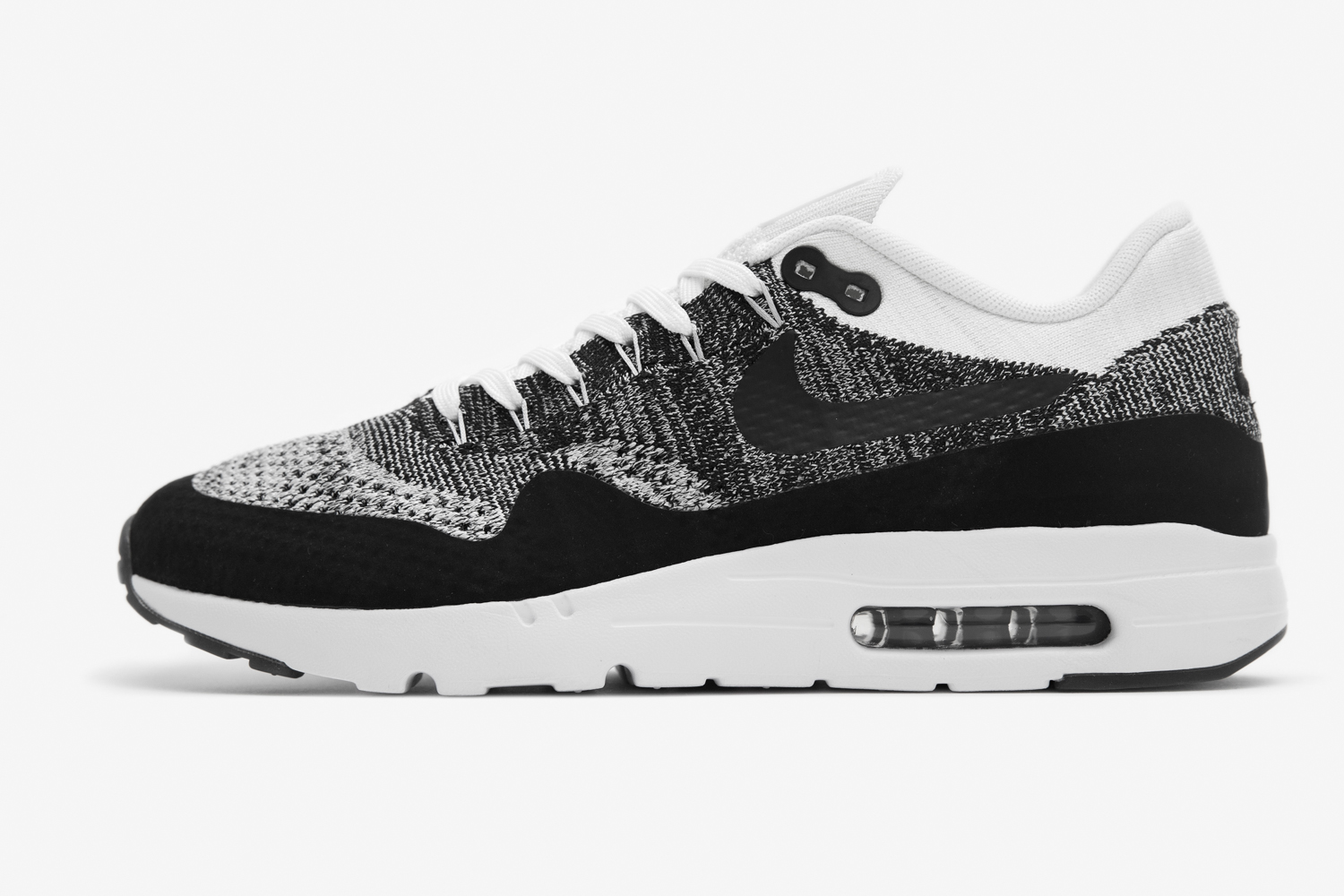 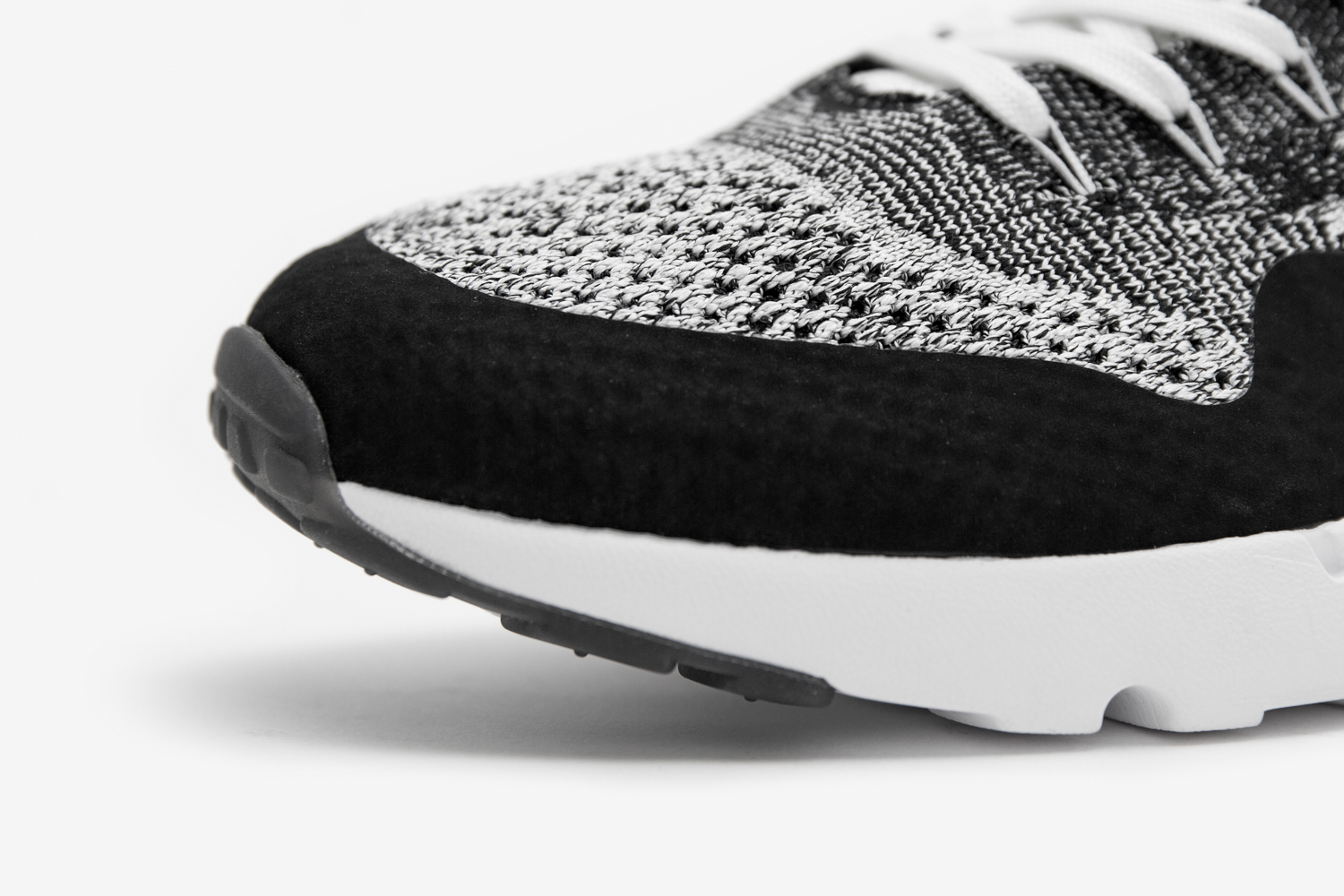 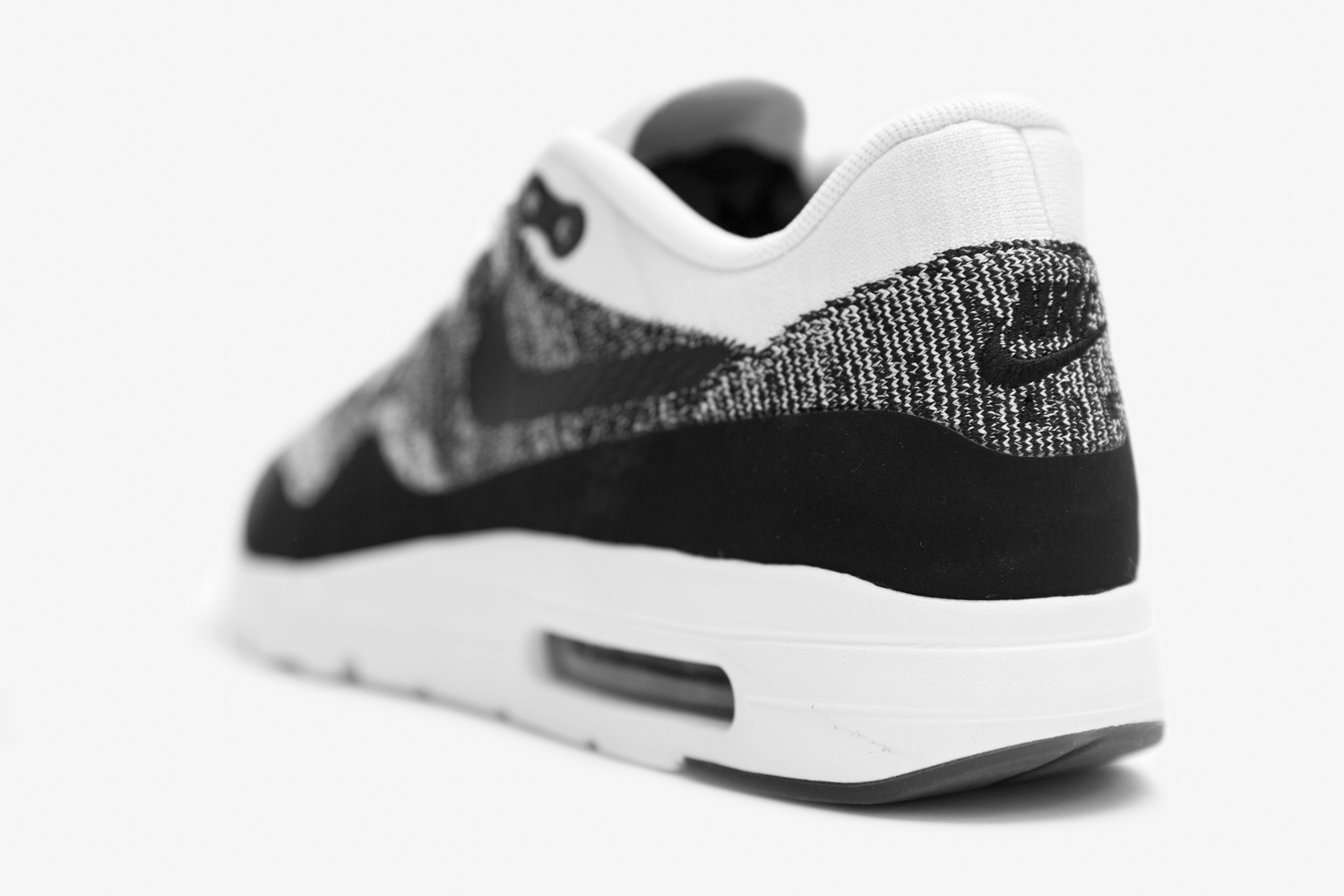 The Air Max 1 Flyknit will be available online and in selected size? stores on Thursday 28th July. Look out for links posted at 8am over on our Twitter page that will take you directly through to the products. Save Save