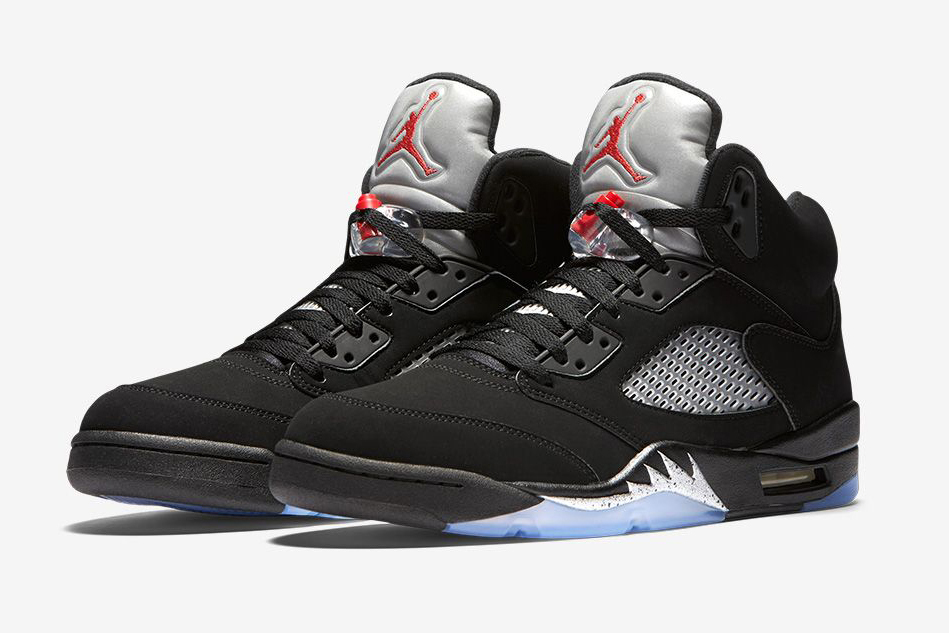 The return of the 'Metallic' V from the Air Jordan bloodline marks the first outing of the OG shape in 2016. We've seen a few low variations drop since the beginning of the year, including an alternate version of the 'Fire Red' alongside a host of new colourways and material changes. Recent bring-backs of the Air Jordan I, III & IV respectively have instantly sold out due to the addition of the fabled 'Nike Air' on the heeltab (re-added to the tongue-tab on the I) which has been requested by collectors the world over who wanted a true retro likeness to the OG's released the first time around, rather than just the standard Jumpman branding. The V first debuted on the feet of Michael Jordan back in 1990, in a year that saw the Bulls finish third in the Western Conference.This time around, design inspiration for the V came from the Mustang Fighter Jet, removing the cerrated teeth from the menacing paintjob and applying it to the midsole. The other obvious outstanding details on the V included a plastic mesh sidepanel for improved breathability, and a full reflective 3M application to the protruding tongue, the first time the material had been used on an Air Jordan model. The Air Jordan V 'Metallic' will be available online and in selected size? stores on Saturday 23rd July, priced at £160 in mens sizes, and £95 in womens. Look out for links posted at 8am over on our Twitter page that will take you directly through to the products. 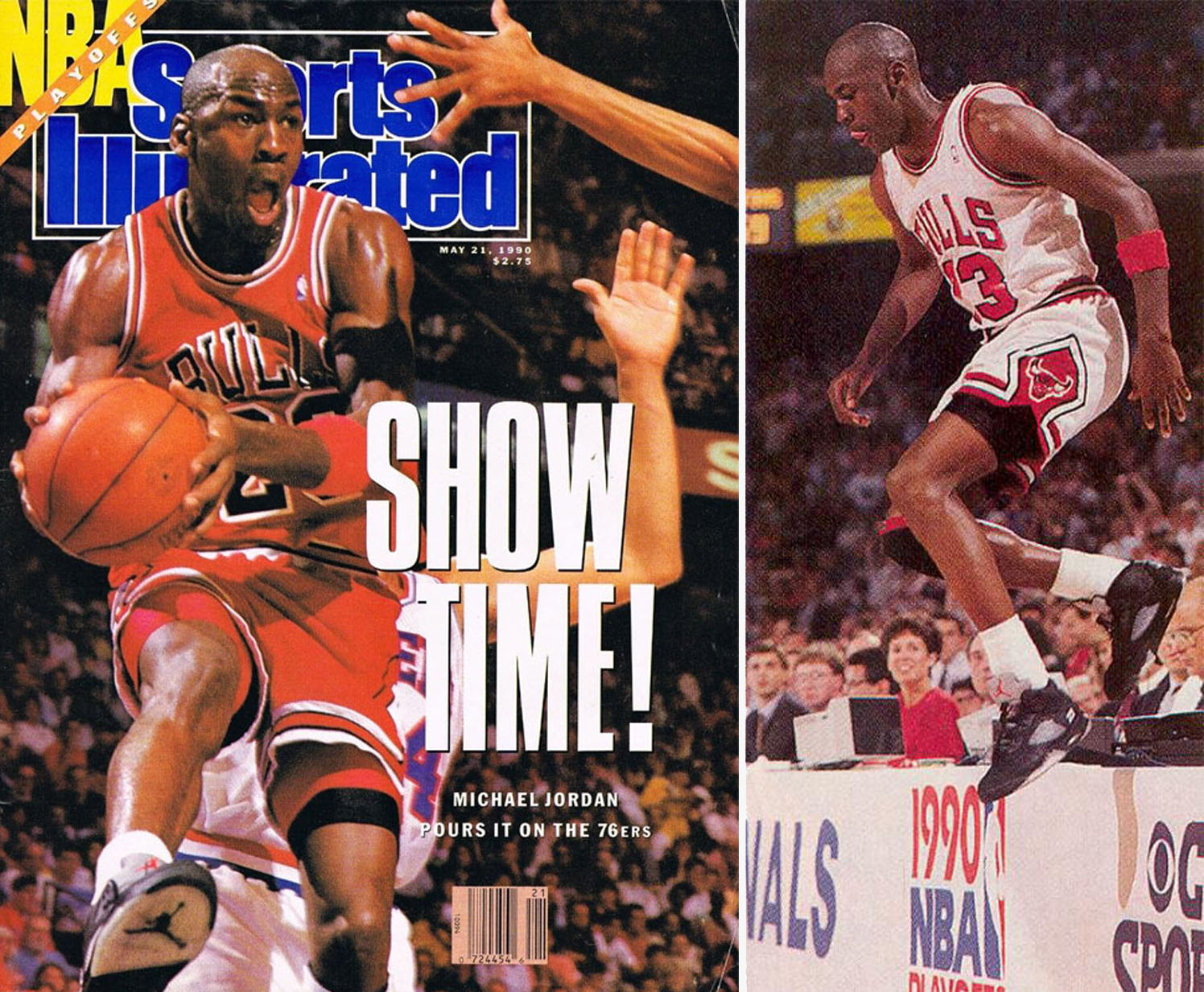 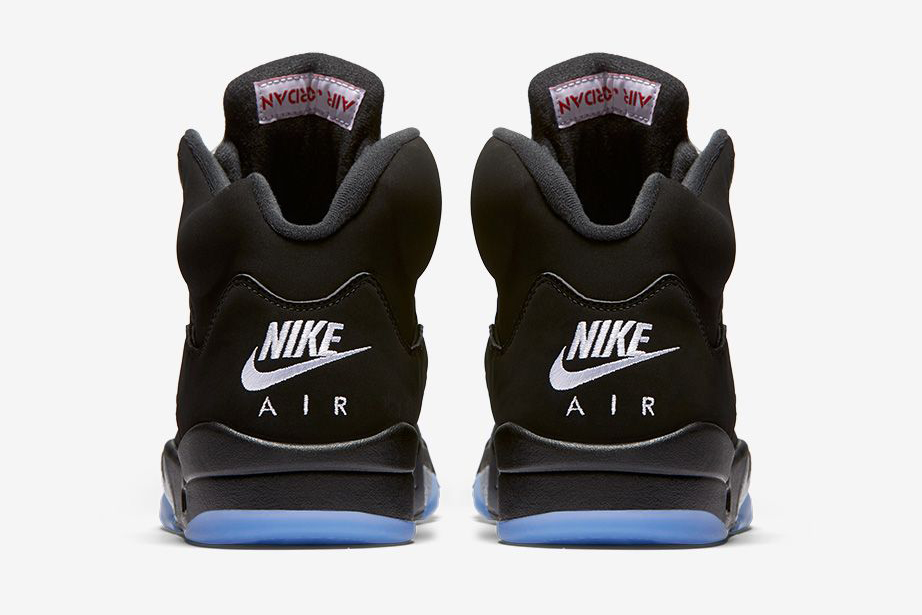 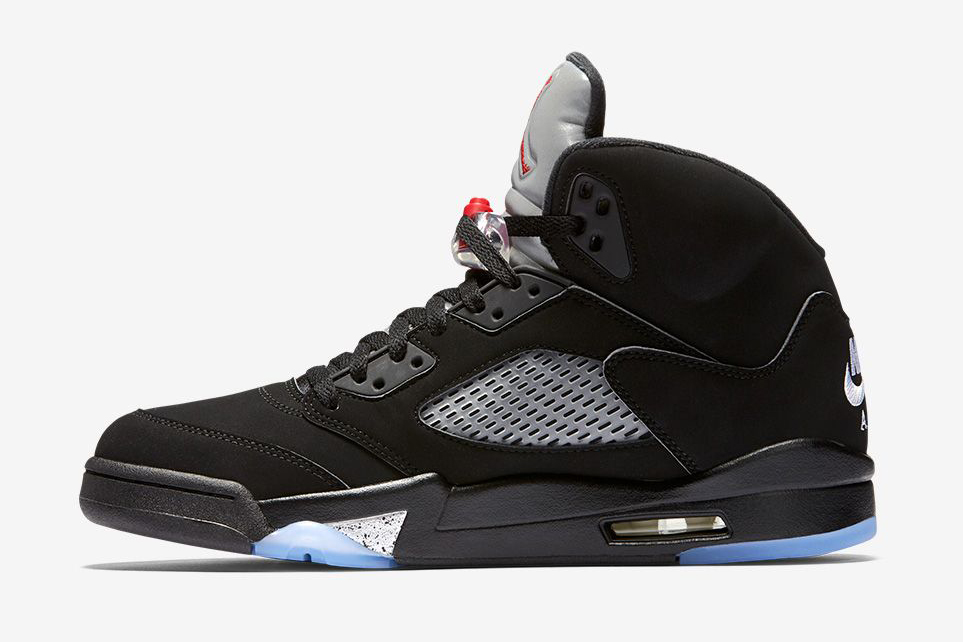 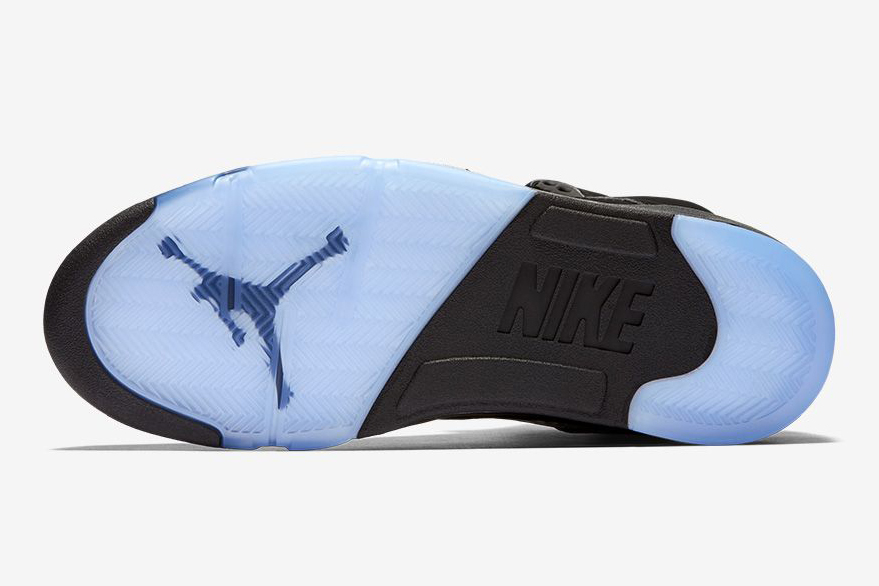 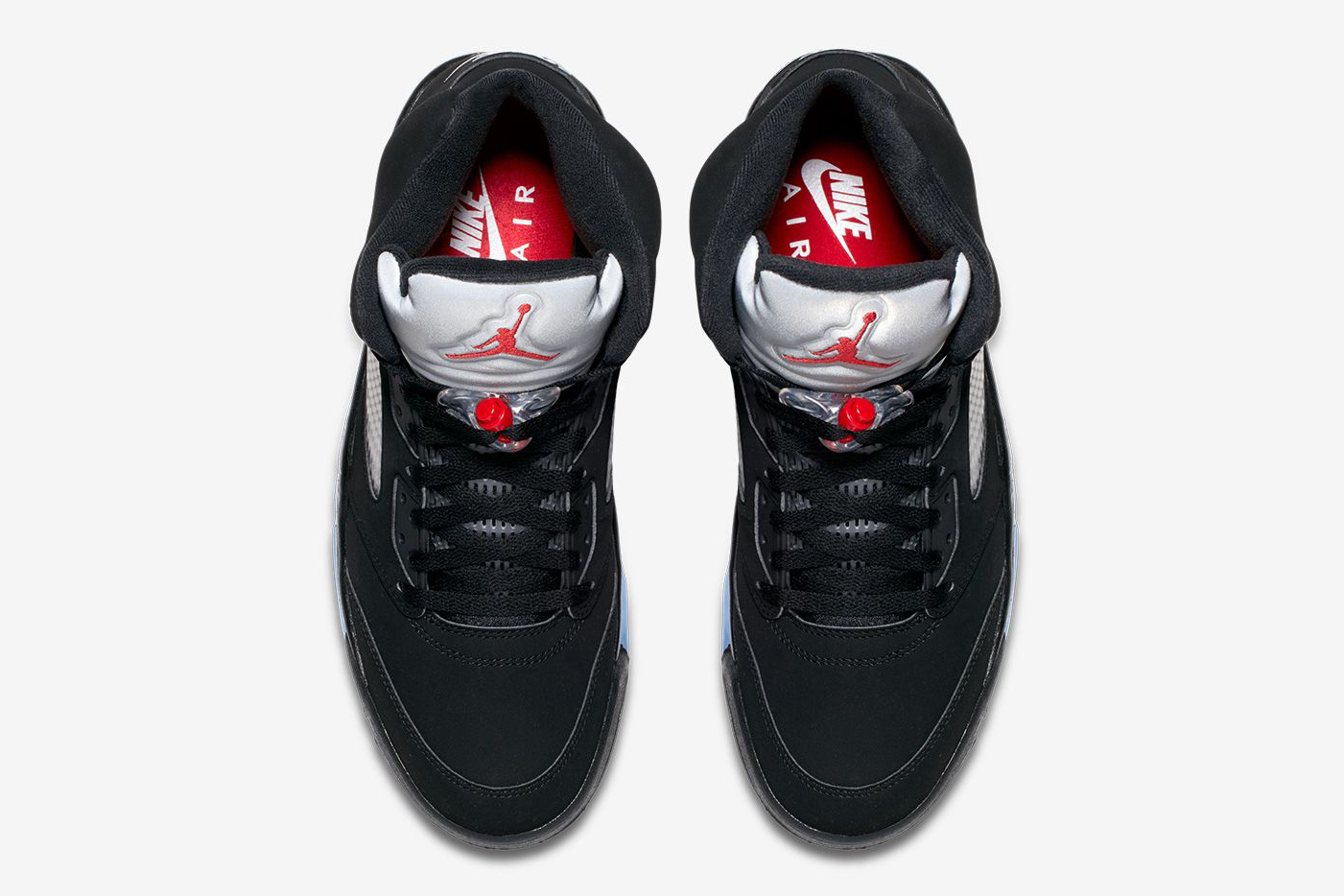 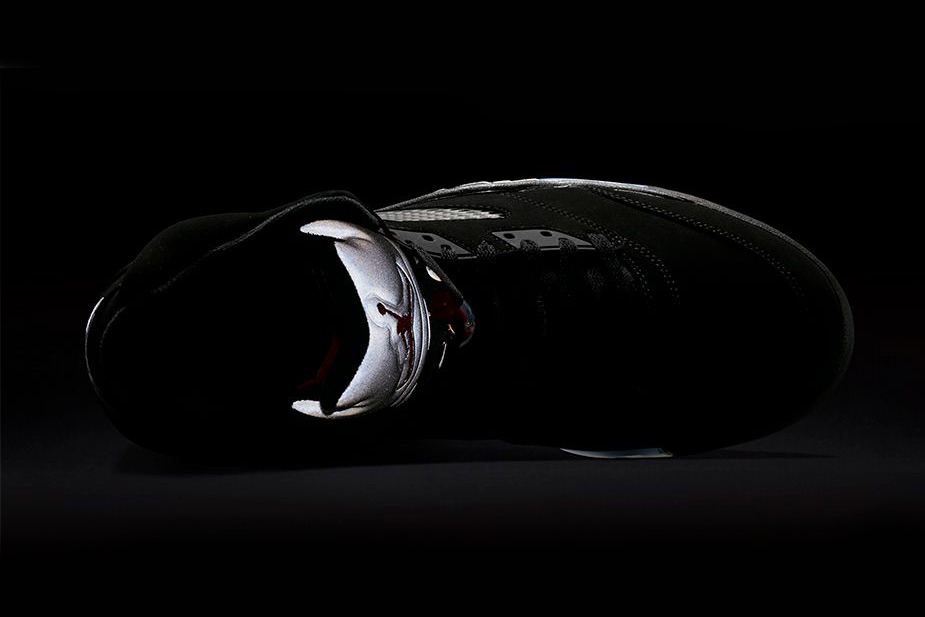