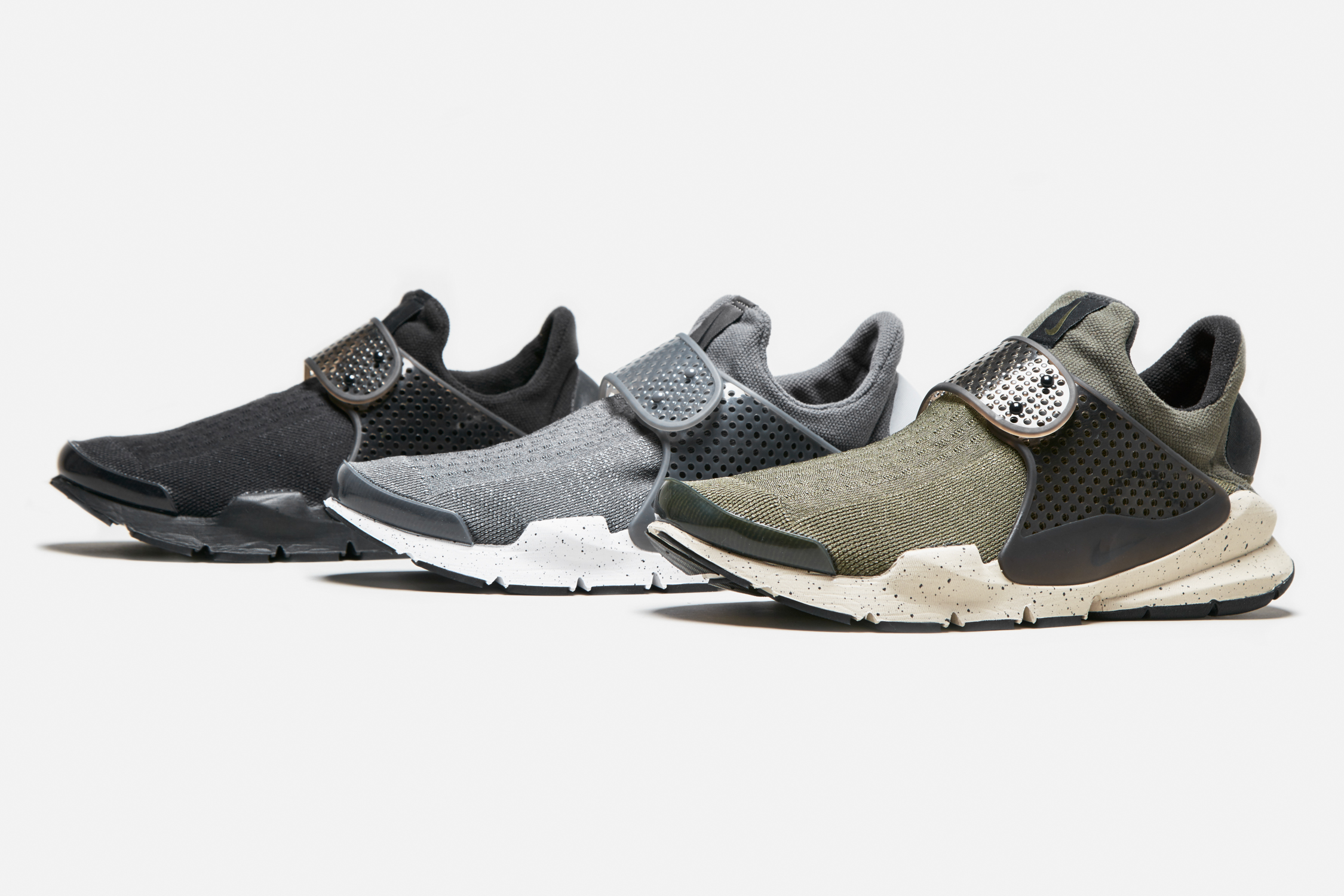 2004's laceless sock concept has seen a great resurgence since it's welcomed comeback last year, helped in part by a selection of great new colourways. The Nike Sock Dart returns in three more options, including Wolf Grey, Cargo Khaki, and the version everyone has been waiting patiently for, the consumer dubbed ‘Triple Black’. Throughout the years, the evolution of Nike as a company designed around experimentation and risk-taking has found itself with three important figureheads at the helm of pushing forward in the world of footwear design. Originally only operating internally under the HTM pseudonym, Nike CEO Mark Parker, revolutionary designer Tinker Hatfield and Japanese design icon Hiroshi Fujiwara have spent the past 14 years testing the limits of what can be categorised as ‘footwear’. Experimentation with material construction and midsole alterations have always been the key variables in their design process, and when you’re working alongside the boss, anything goes. 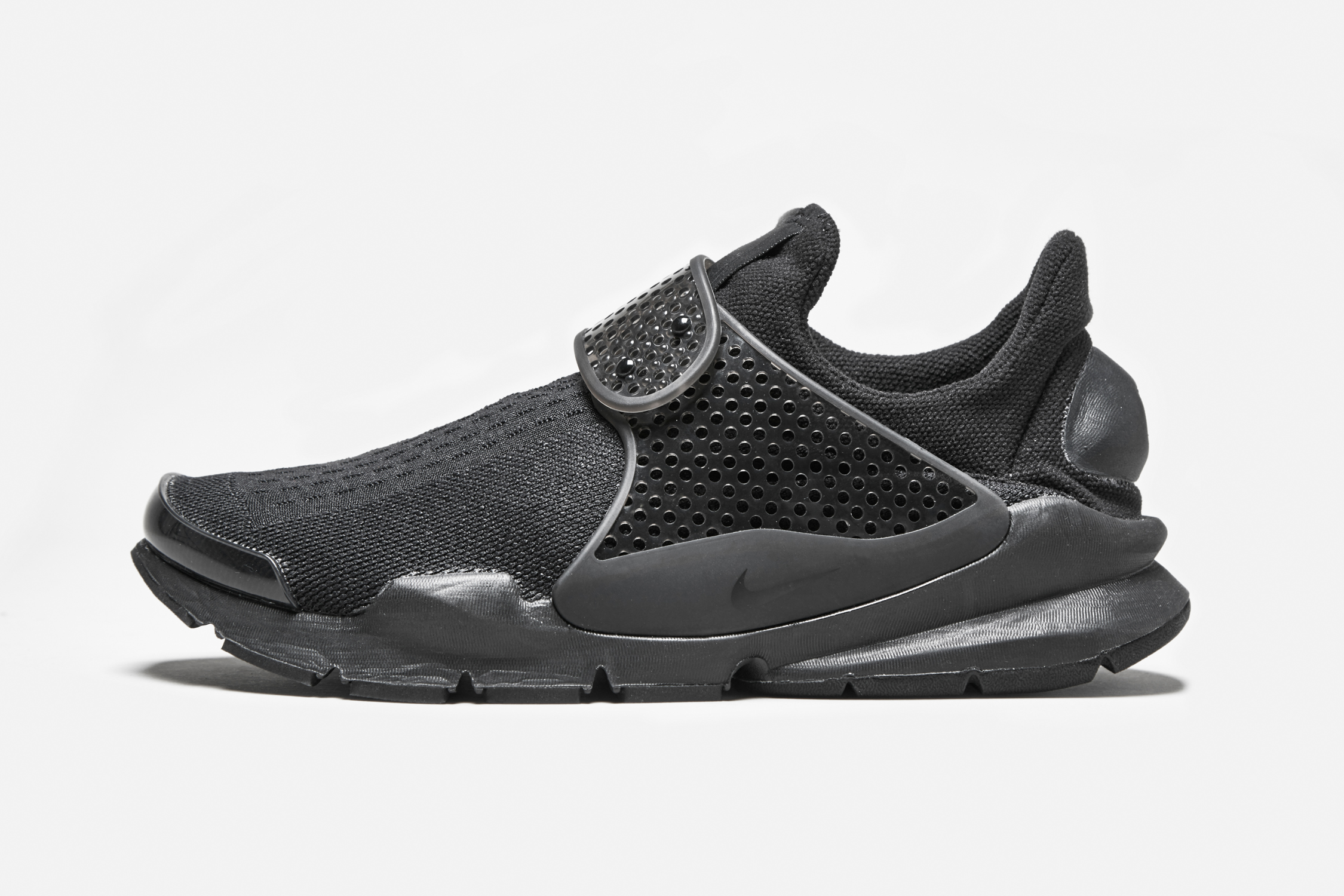 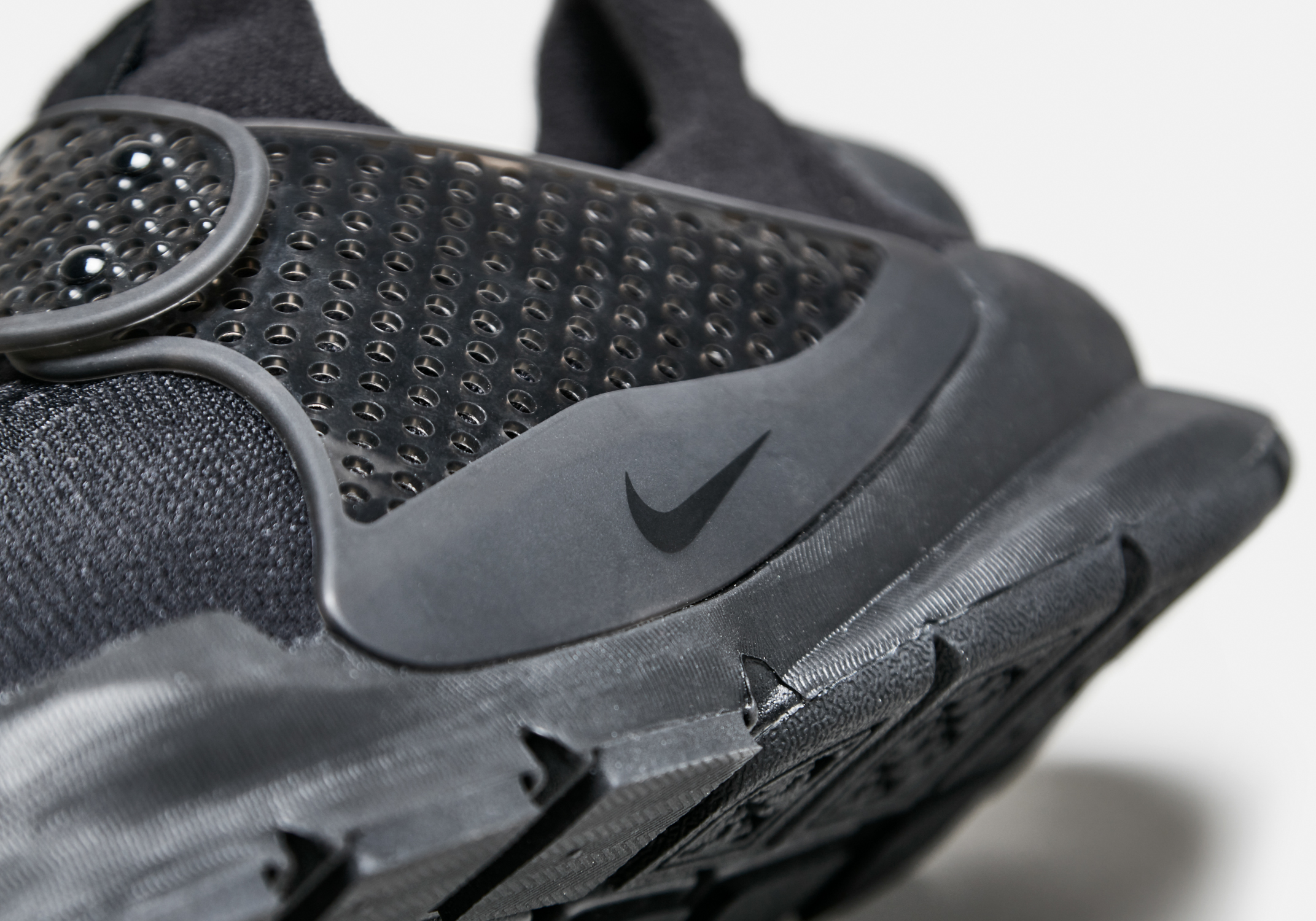 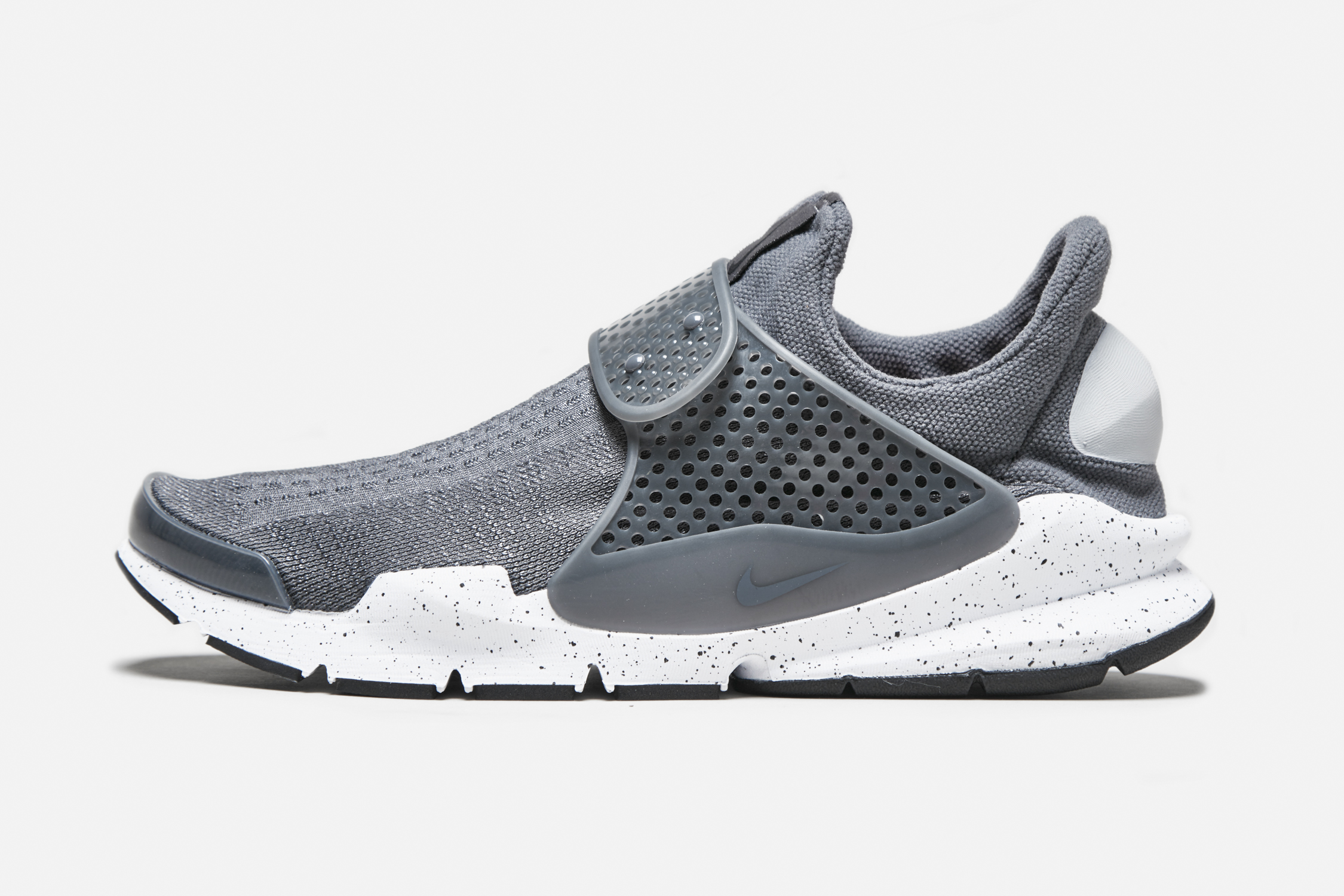 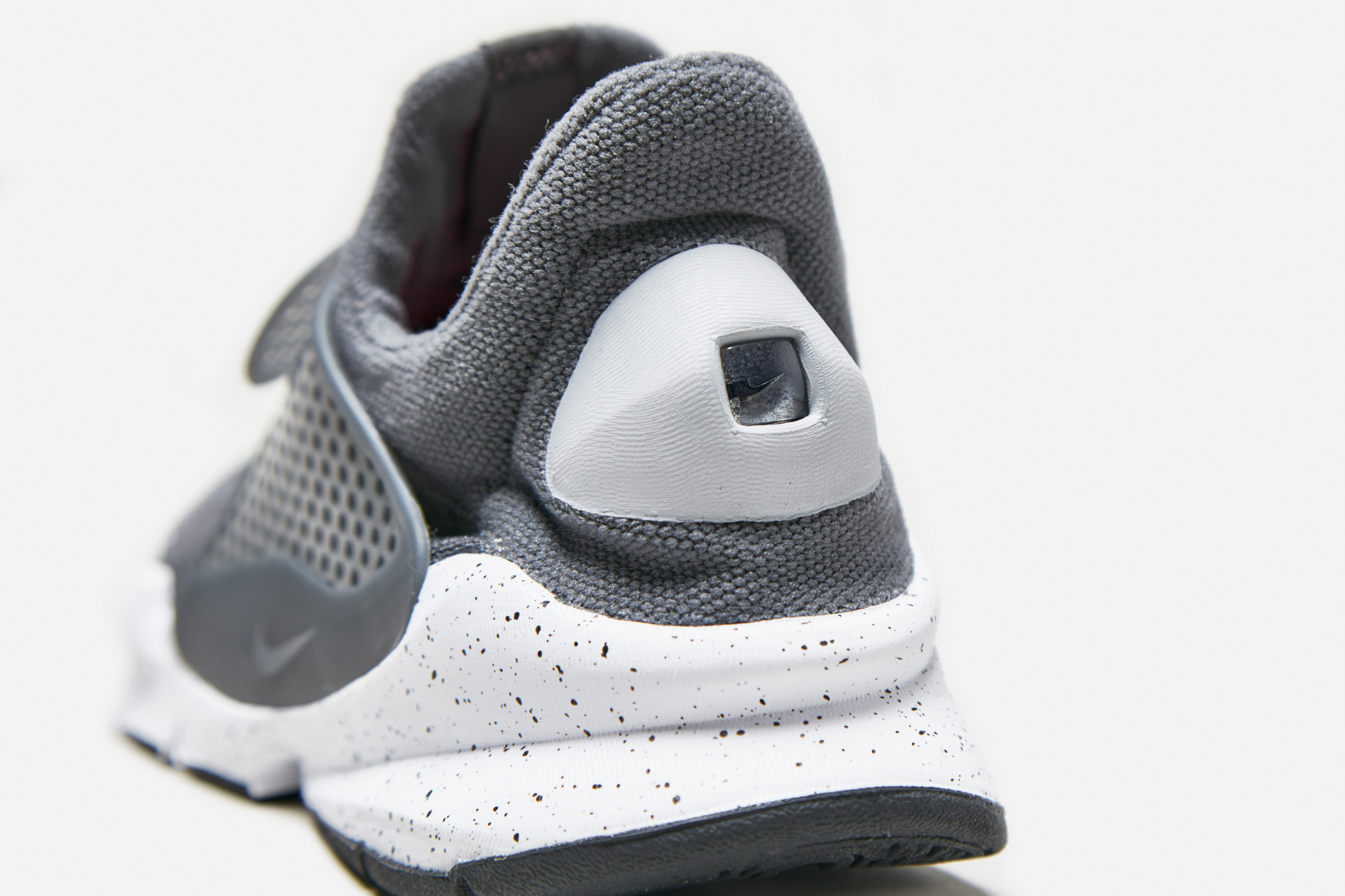 The Sock Dart also gave a slight glimpse into the future with it’s material application, debuting a knitted fabric with selective elasticity dependent on how it was constructed in certain areas (an important precursor to modern day Flyknit Technology). As with the Presto and Mayfly, lightweight Phylon was again used in the midsole tooling to lose as much weight as possible, and combined with the minimal upper it made for an incredibly comfortable ride. All three colourways of the Nike Sock Dart are available online and in selected size? stores now 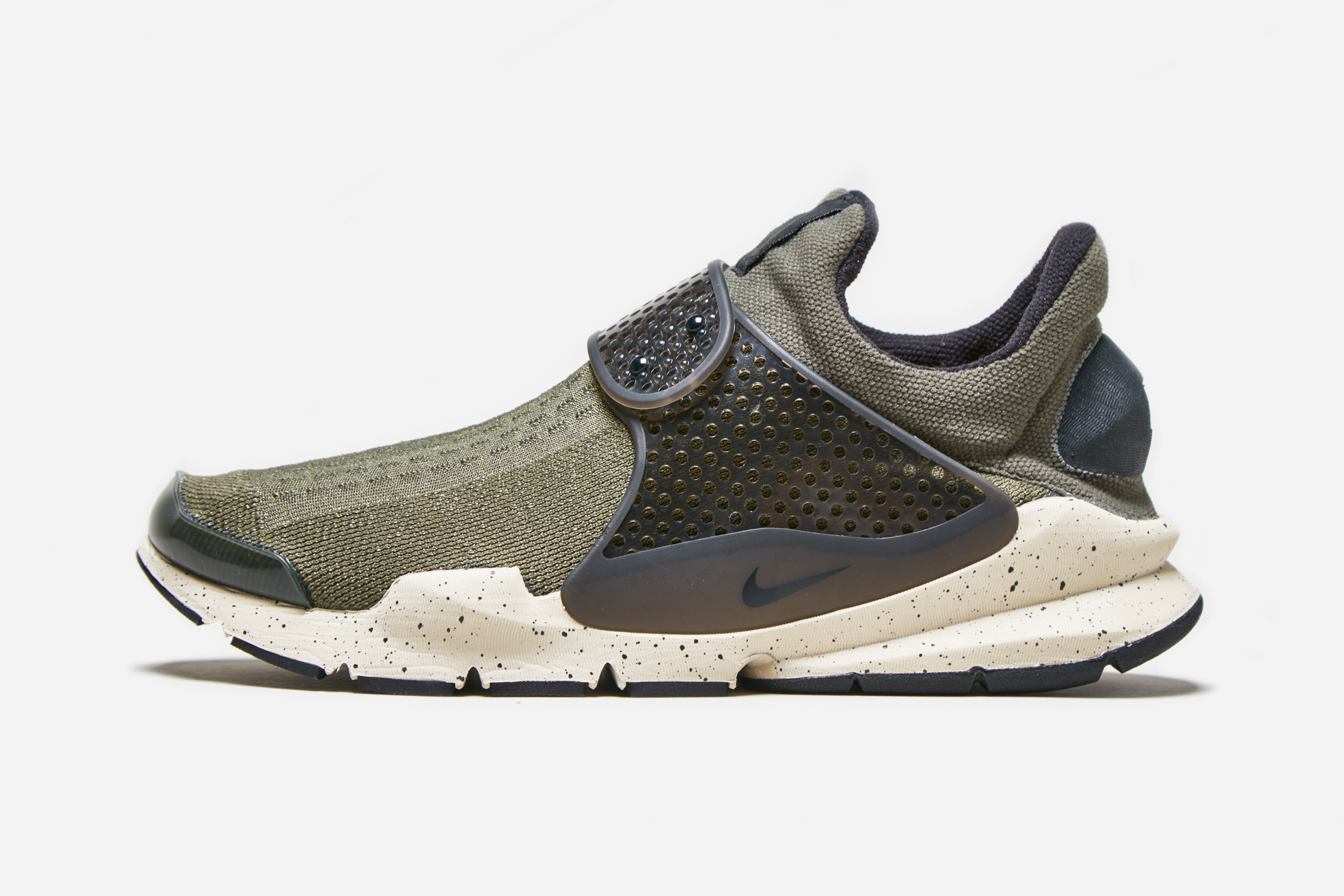 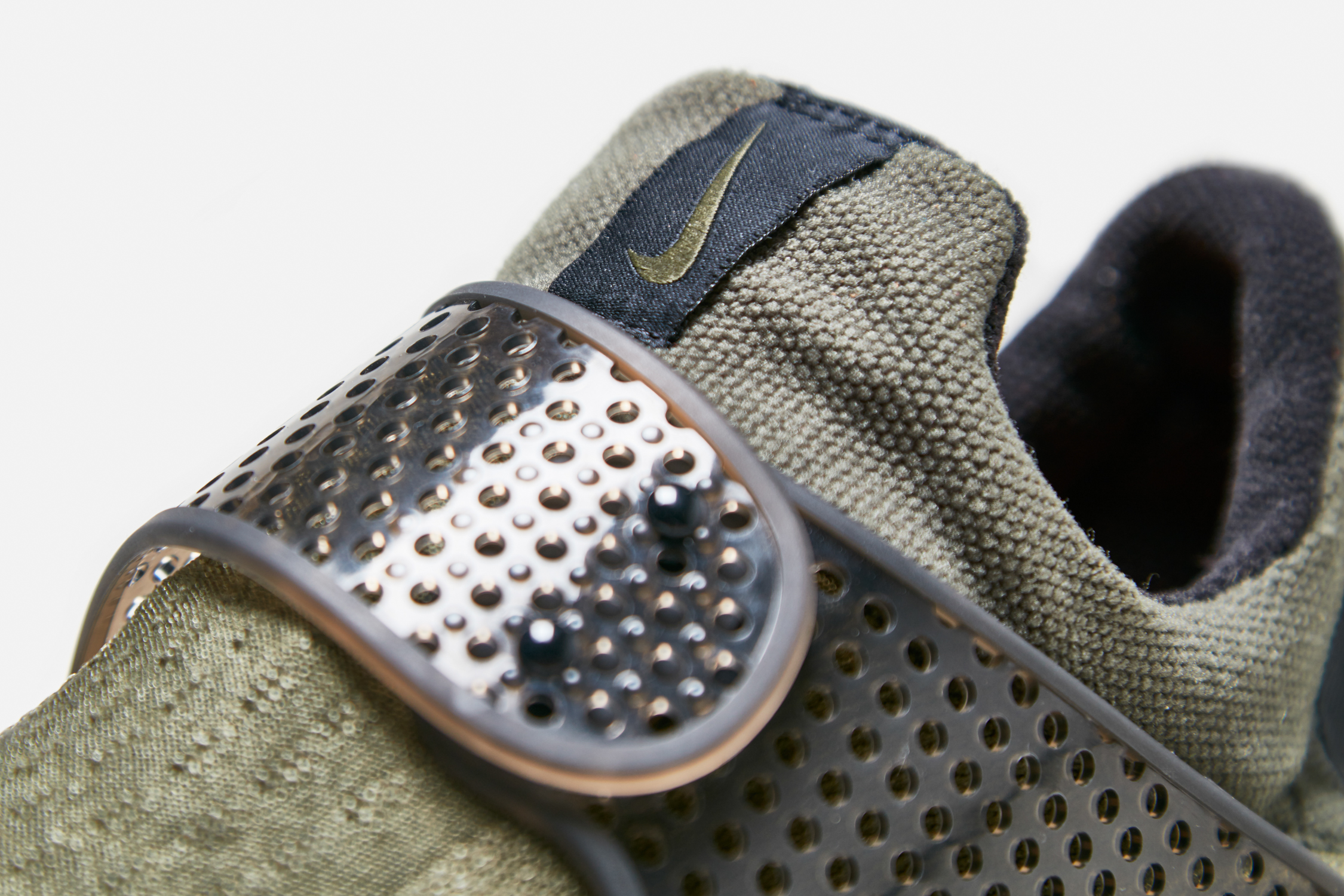 To fit the ladies there are also three new women's sized colourways (which many of us are wishing went into larger sizes!) in Maroon, Bone and Coastal Blue, each with tonal straps and gum coloured hits on the outsole. All three of the women's colourways are available in sizes 3-8.