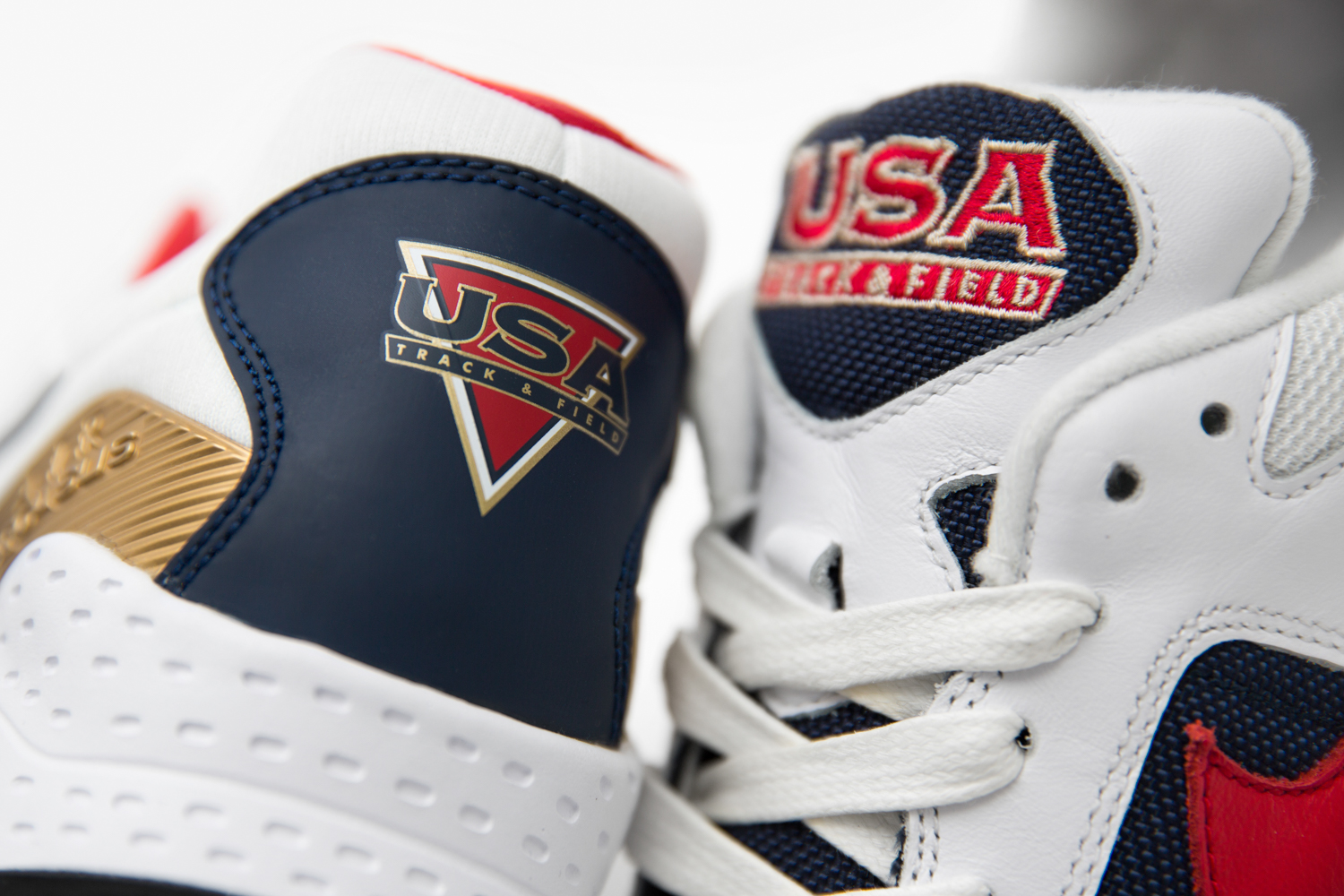 Building anticipation for the Olympic Games held in Rio next month, Nike present a collection inspired by the past, whilst also looking forward into the future. Reincarnating previous shoes from Olympic campaigns gone by, they've also produced new reinterpretions of the Air Pegasus 92, Air Presto and Classic BW with new material and construction updates that still encapsulate that Olympic spirit through their colourways. Nike Air Pegasus '92 - Barcelona 1992 - Shop Now The Pegasus '92 celebrated the games held in Barcelona, in a year that saw Team USA scoop a total of 108 medals, 37 of which were Gold. One of USA's most memorable performances included their triumphant world record setting win in the 4 x 400m relay. The Pegasus was dressed head to toe in a combination of thick leather and mesh, with bold 'USA' callouts scattered throughout. 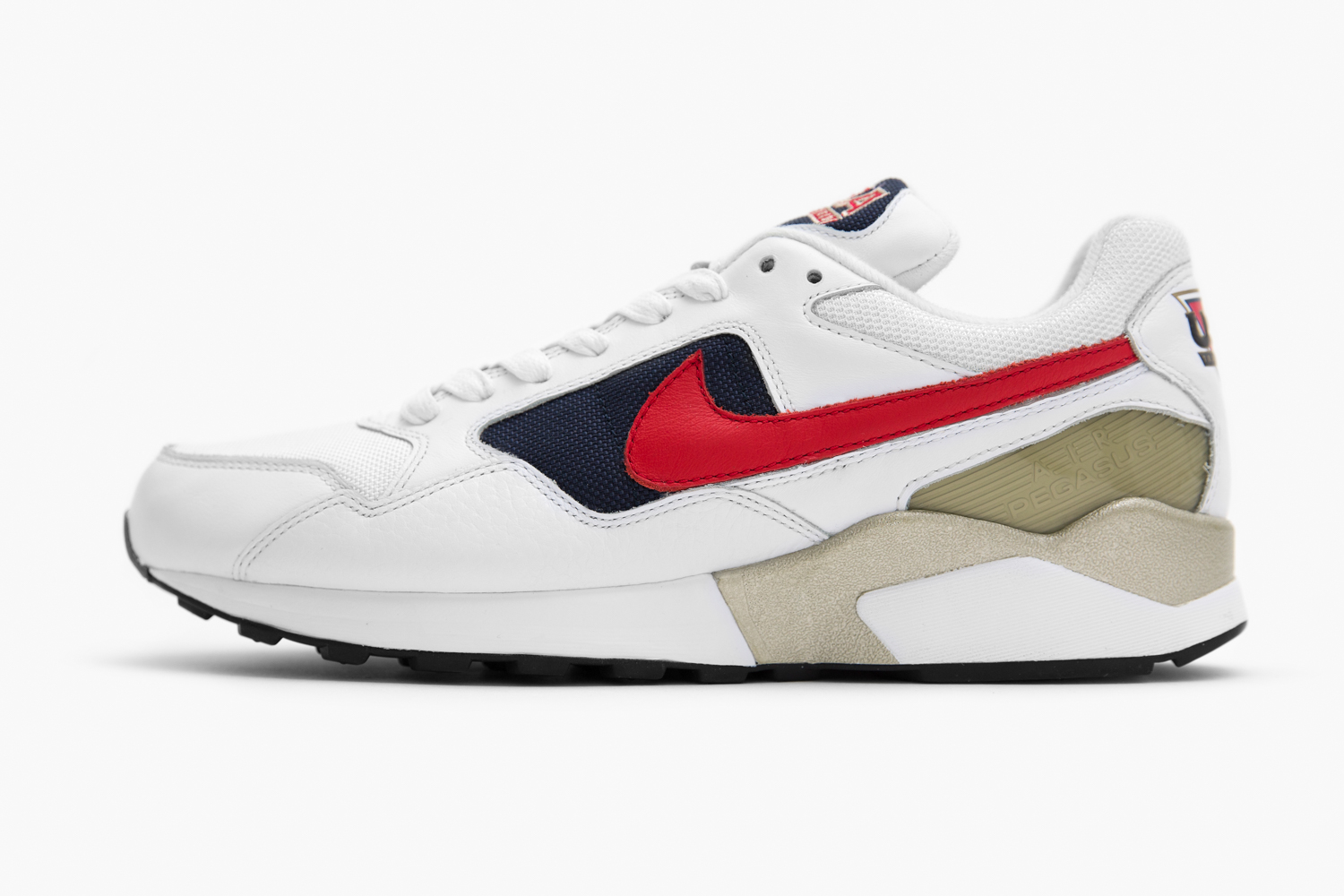 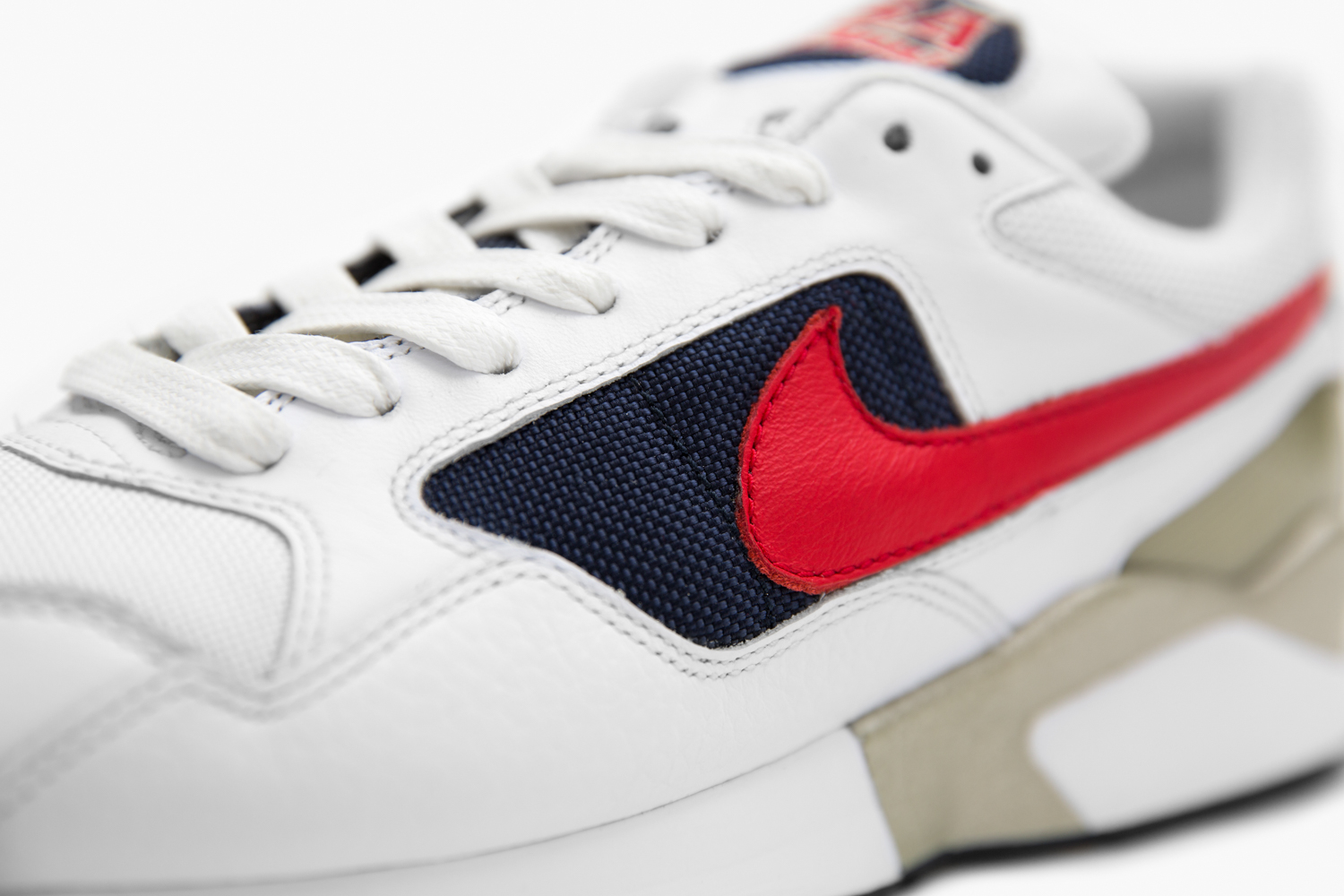 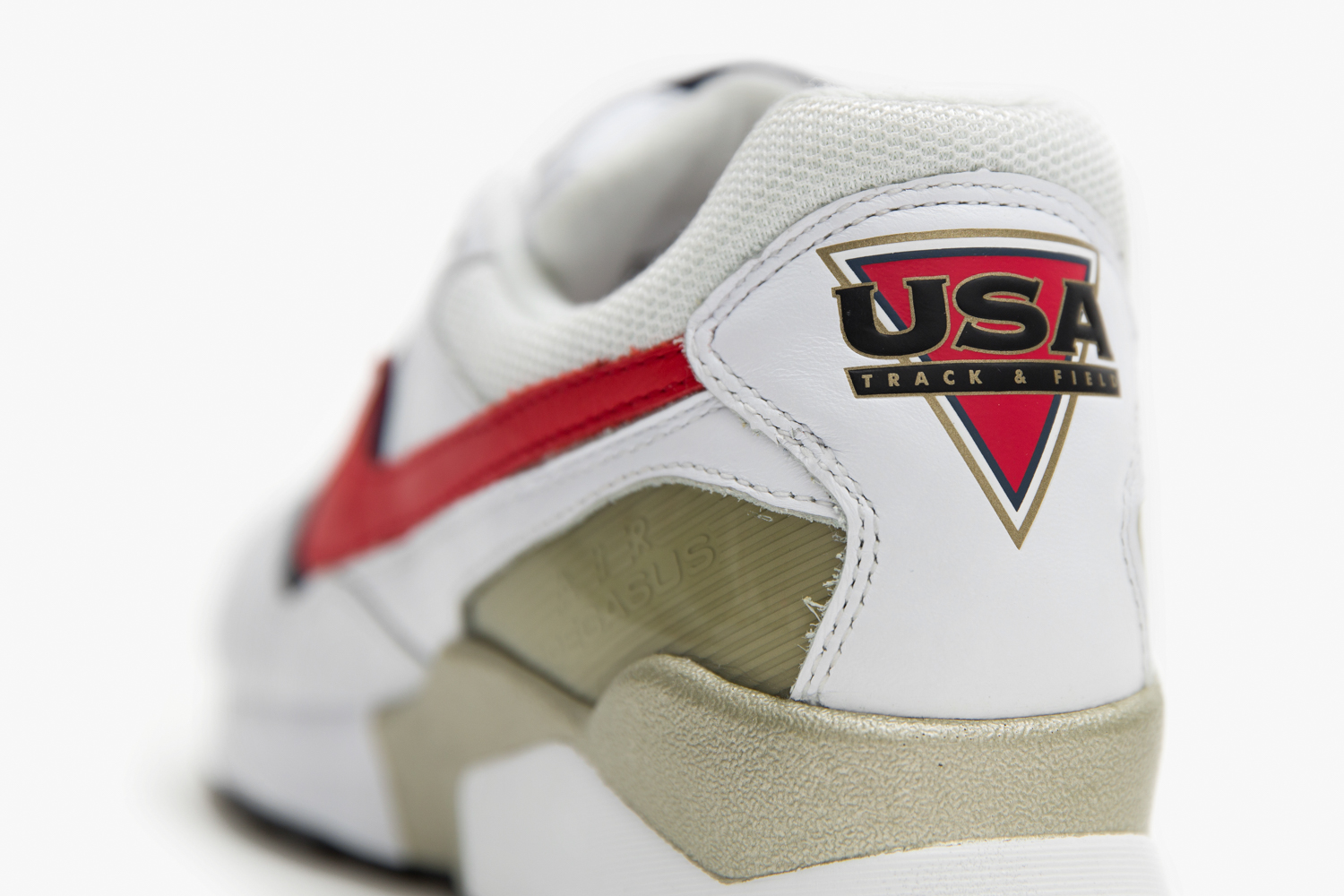 Nike Zoom Air Pegasus 2016 - Shop Now The new Zoom Pegasus channels aspects of it's aesthetic form from it's older brother, but in a much more lightweight, sleeker form. The addition of Zoom throughout the midsole improves on the comfort of the interior Air used in it's predecessor. The upper has also been modernised, stripping the layers of leather back to a one-piece flattened form with de-bossed lines to show the ghost elements missing from the 92 version. 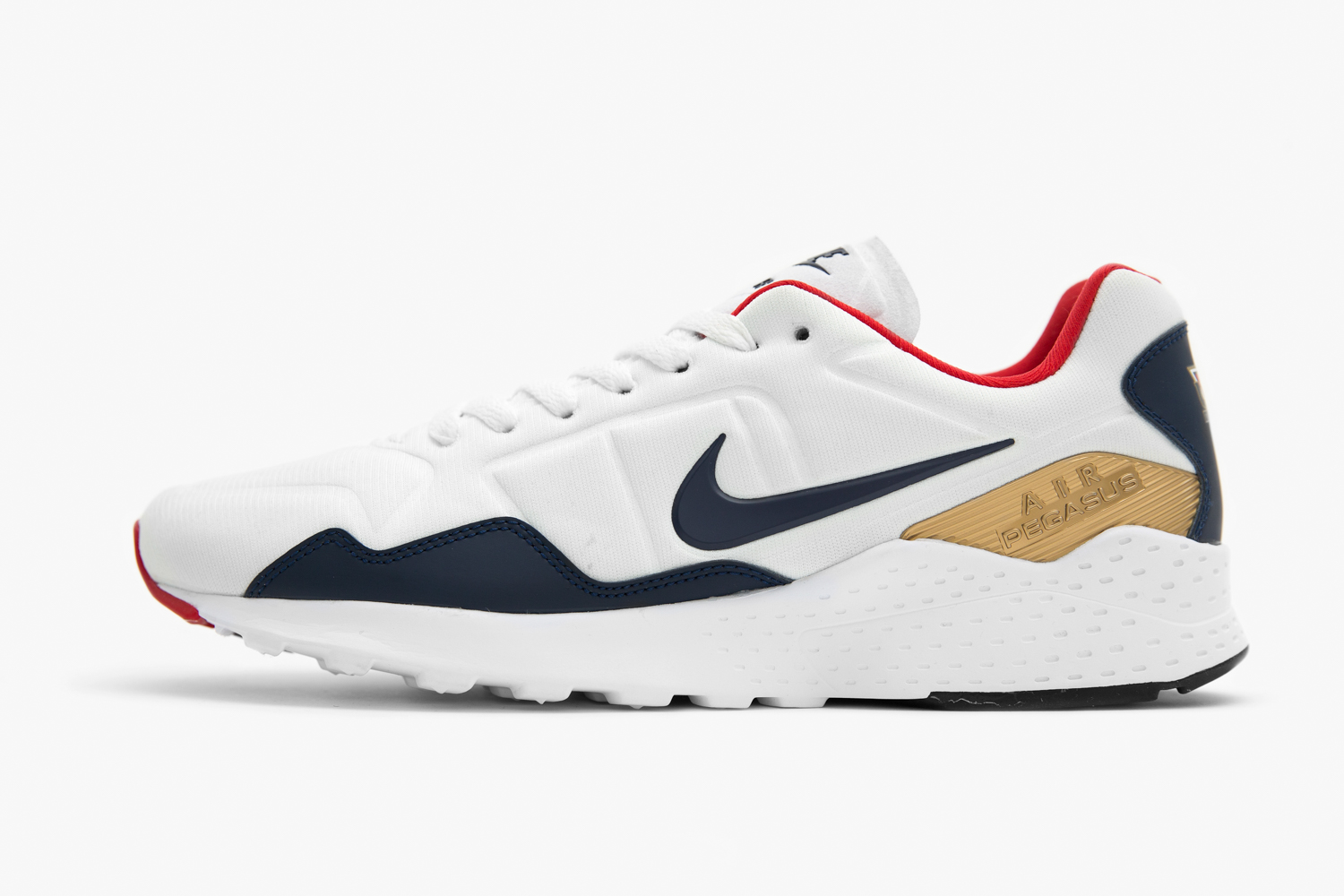 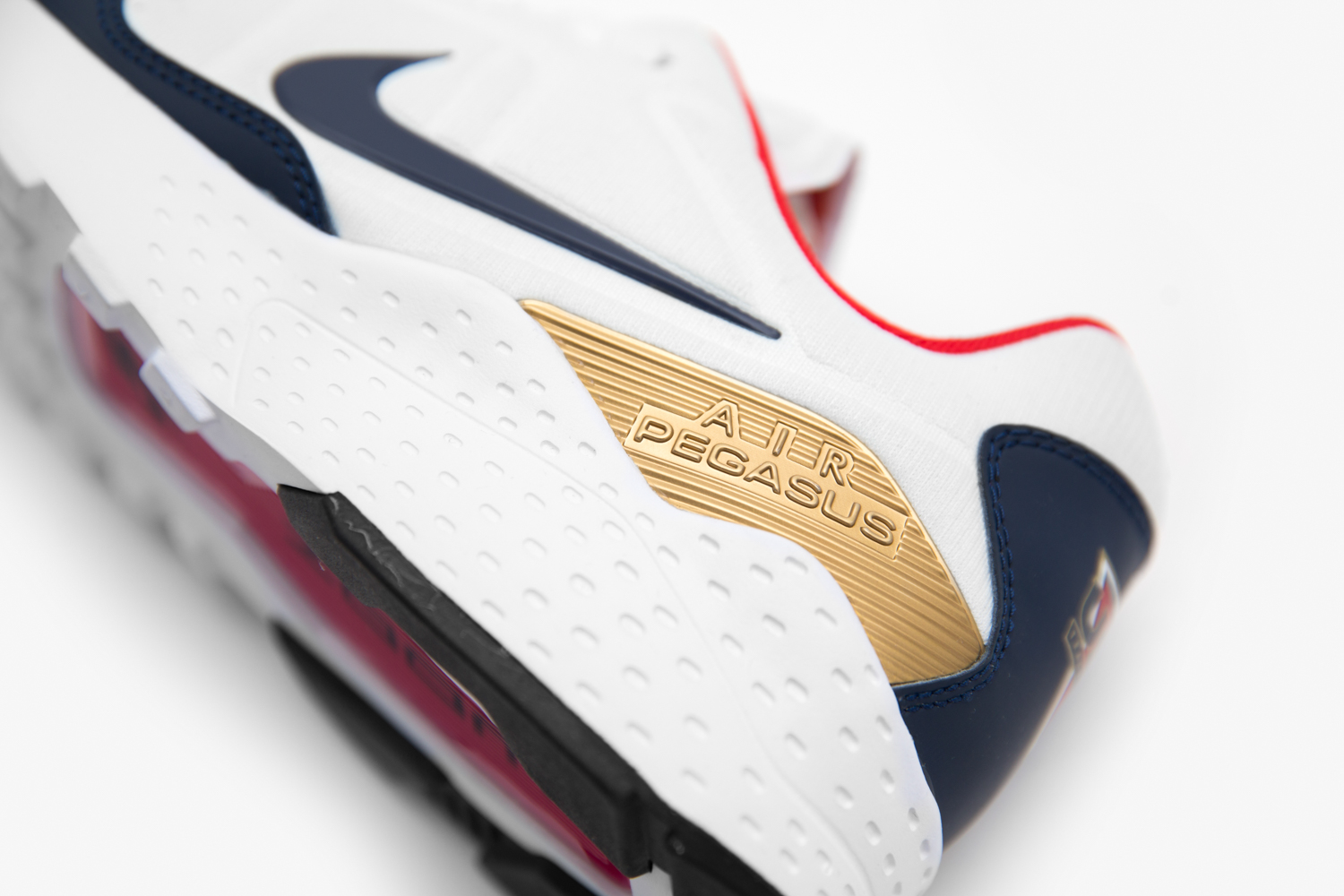 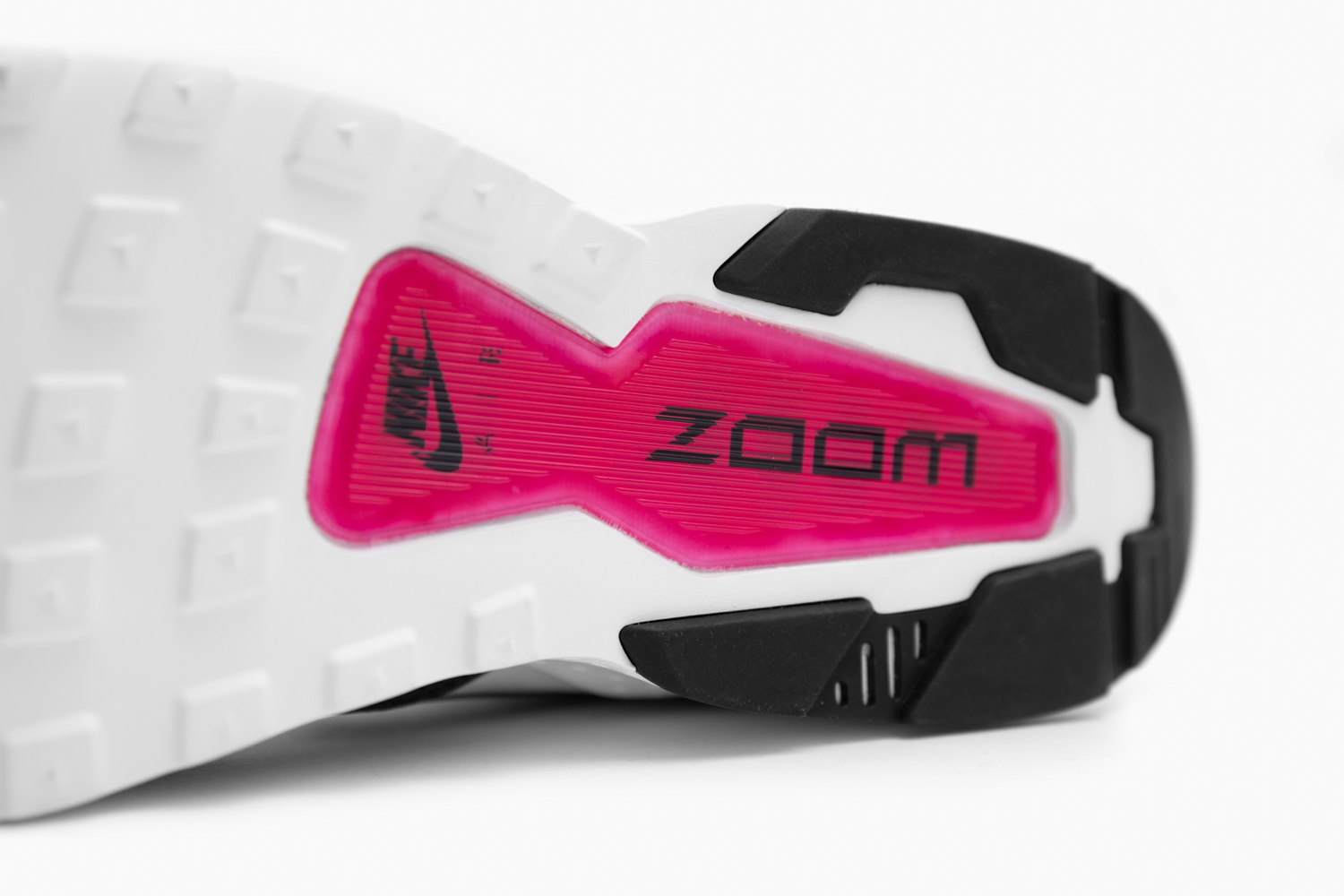 Nike Air Classic BW - Atlanta 1996 - Shop Now Next up, Atlanta, where the USA dominated on home turf by topping the medals board once again, with 101 medals including an incredible 44 golds (the second placing country that year was Russia with 26 Gold). Michael Johnson placed first in the Mens 200m and 400m, with several other key athletes placing first in other track & field events. The Classic BW was Atlanta's choice of shoe, originally created as an Athlete Only pair at the time of the games and finally releasing to the public in 2004. Draped in navy & black, the 2004 release came with a Nike branded flag patch on the heel. Although it doesn't appear to be present on this retro, a USA branded patch can still be seen on the tongue to keep the theme strong. 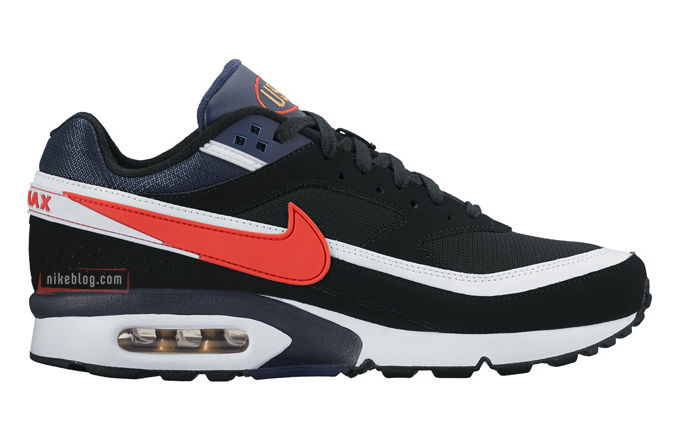 Nike Air Classic BW Ultra - (Available July 28th) The Classic BW Ultra's upper is formed along the similar lines to the Zoom Pegasus we mentioned earlier, flattening the 3D elements of the upper and replacing the panels with a single plane with de-bossed details. The dark shades of the original have been flipped to the other end of the scale, with a bright white covering with red, gold and navy hits sitting on top. 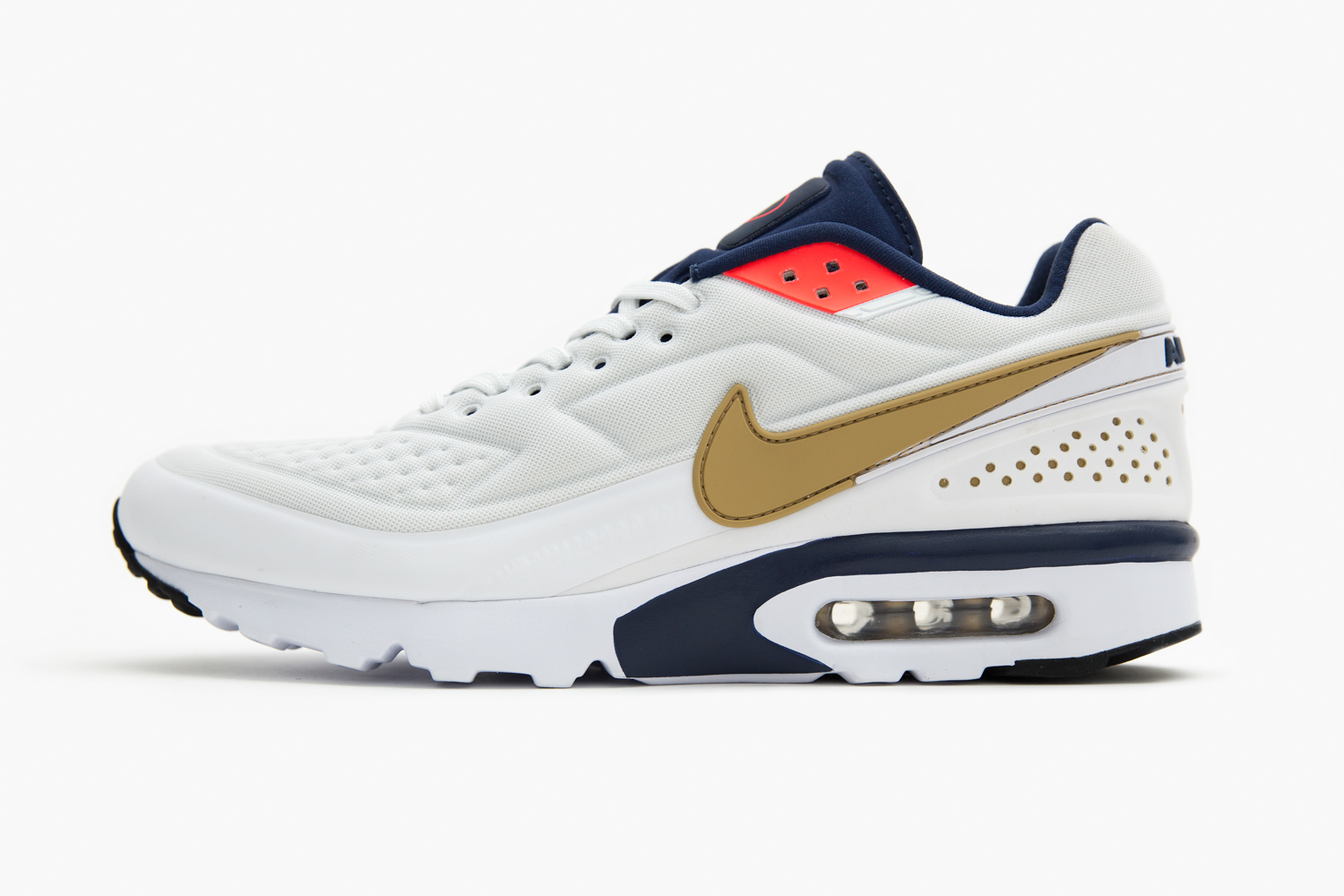 Nike Air Presto - Sydney 2000 - Shop Now The year 2000 took the games to Sydney, where Australian talent Cathy Freeman famously wowed the home crowd by taking gold in the women's 400m. Team USA once again swept the board with 37 golds, smashing the Track & Field events with Maurice Green and Michael Johnson, who also set a record for being the oldest track athlete (under 5000m) to win an olympic gold  in the history of the games. The innovative Air Presto was Nike's shoe of the games this time around, with special USA and Australian versions produced for the teams. Cathy Freeman was also seen wearing a pair of the 'Abdominal Snowman' from the 'Original 13' while holding the torch at the opening ceremony, and cyclists in both the able-bodied and paralympic teams were also spotted wearing various pairs. 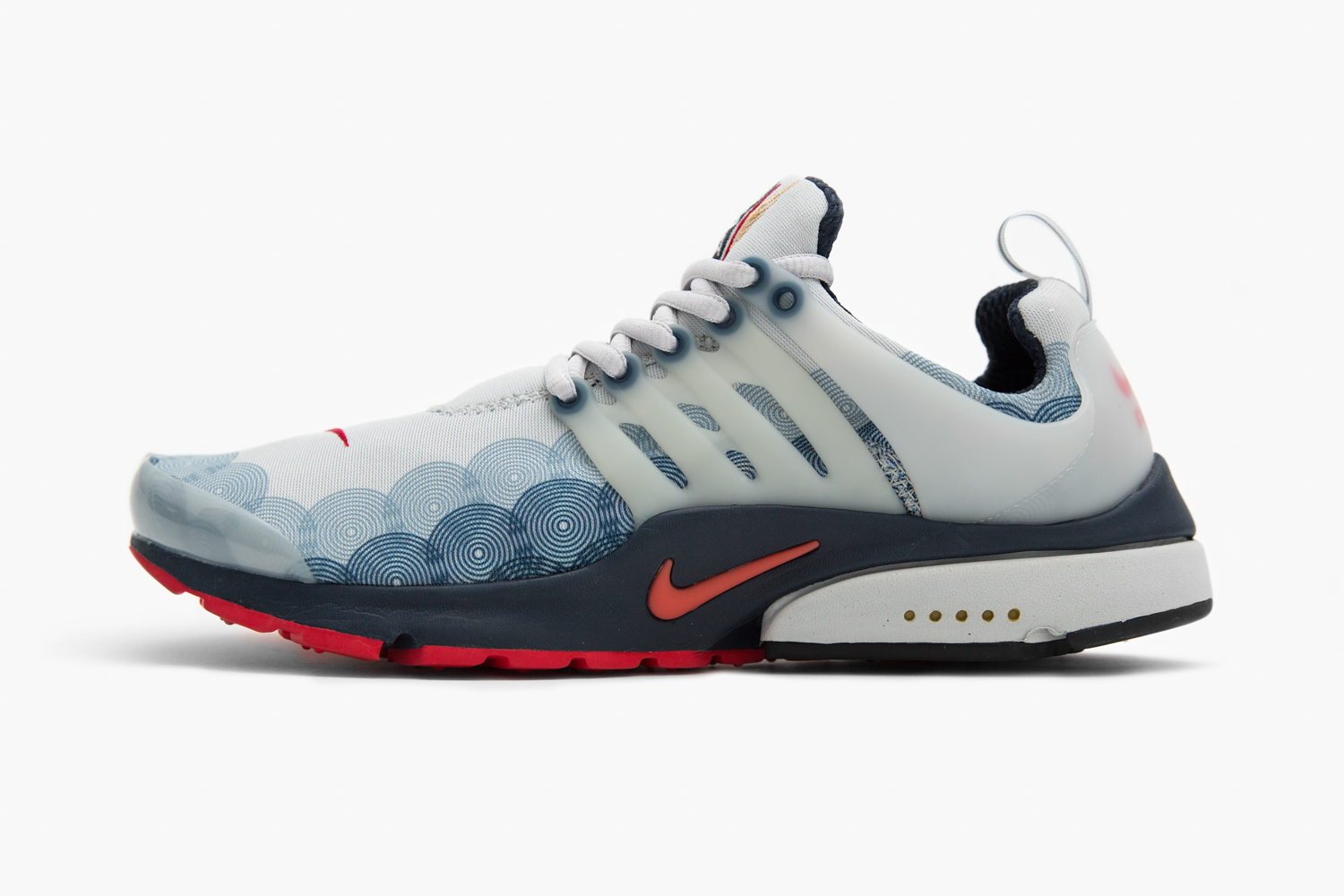 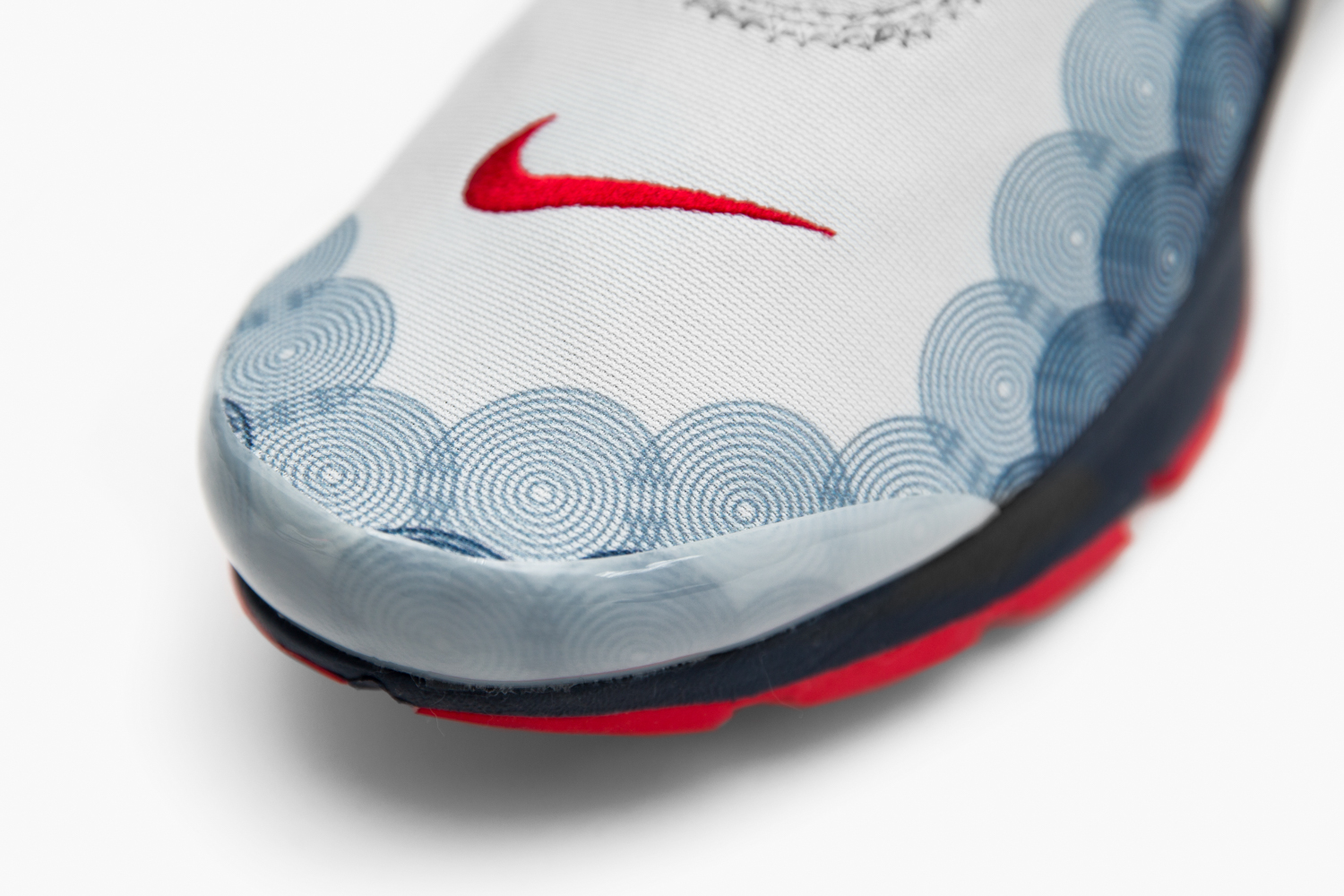 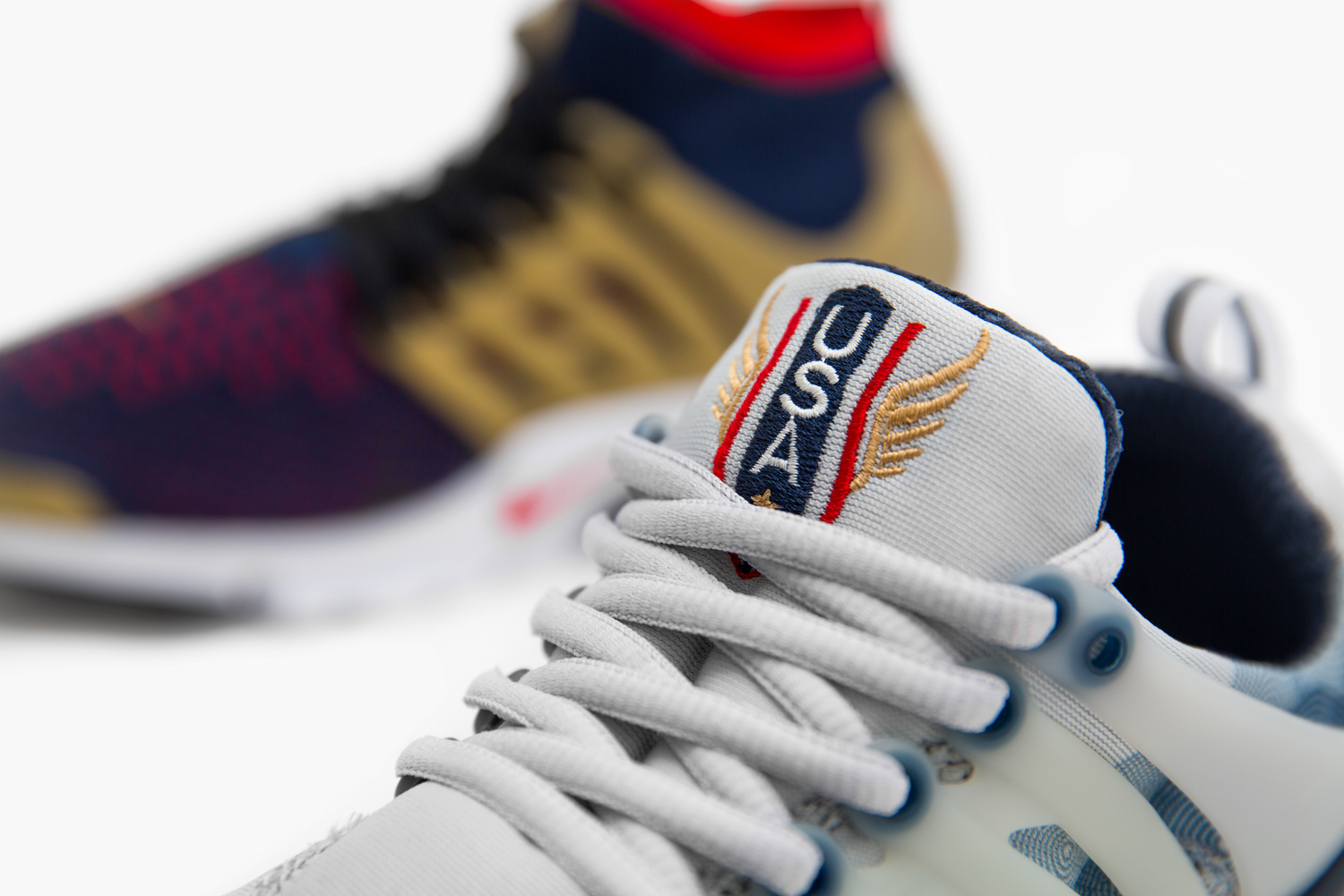 Nike Air Presto Ultra Flyknit 2016 - Shop Now The updated version features many of the original characteristics that made the Presto a favourite among those who appreciated eccentric design details, but have been fully updated with an all over Flyknit upper and lightweight Ultra midsole unit. The olympic themed colourway has been continued onto this model, with the traditional palette of the Stars & Stripe's sitting alongside the gold to represent past victories at the games. 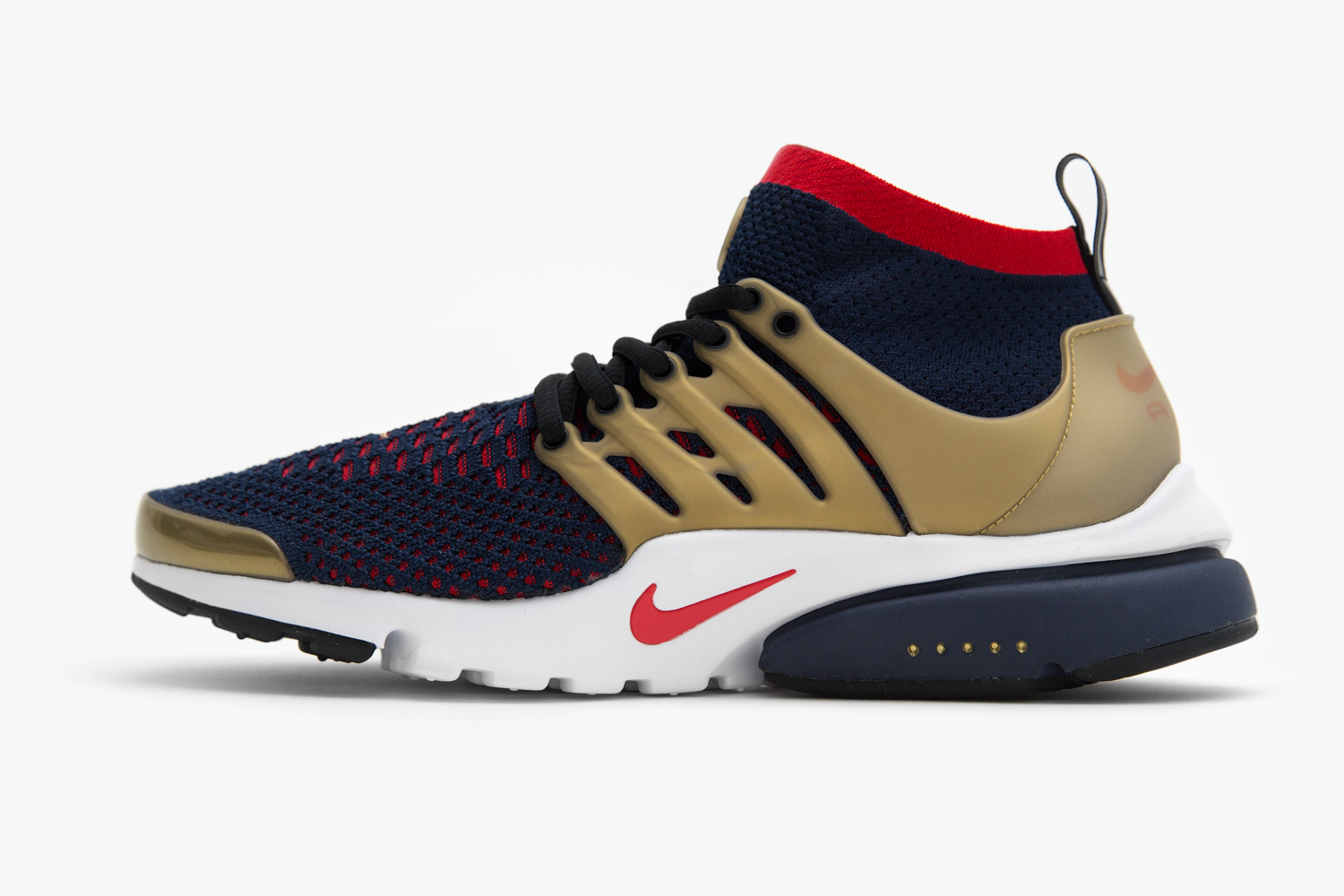 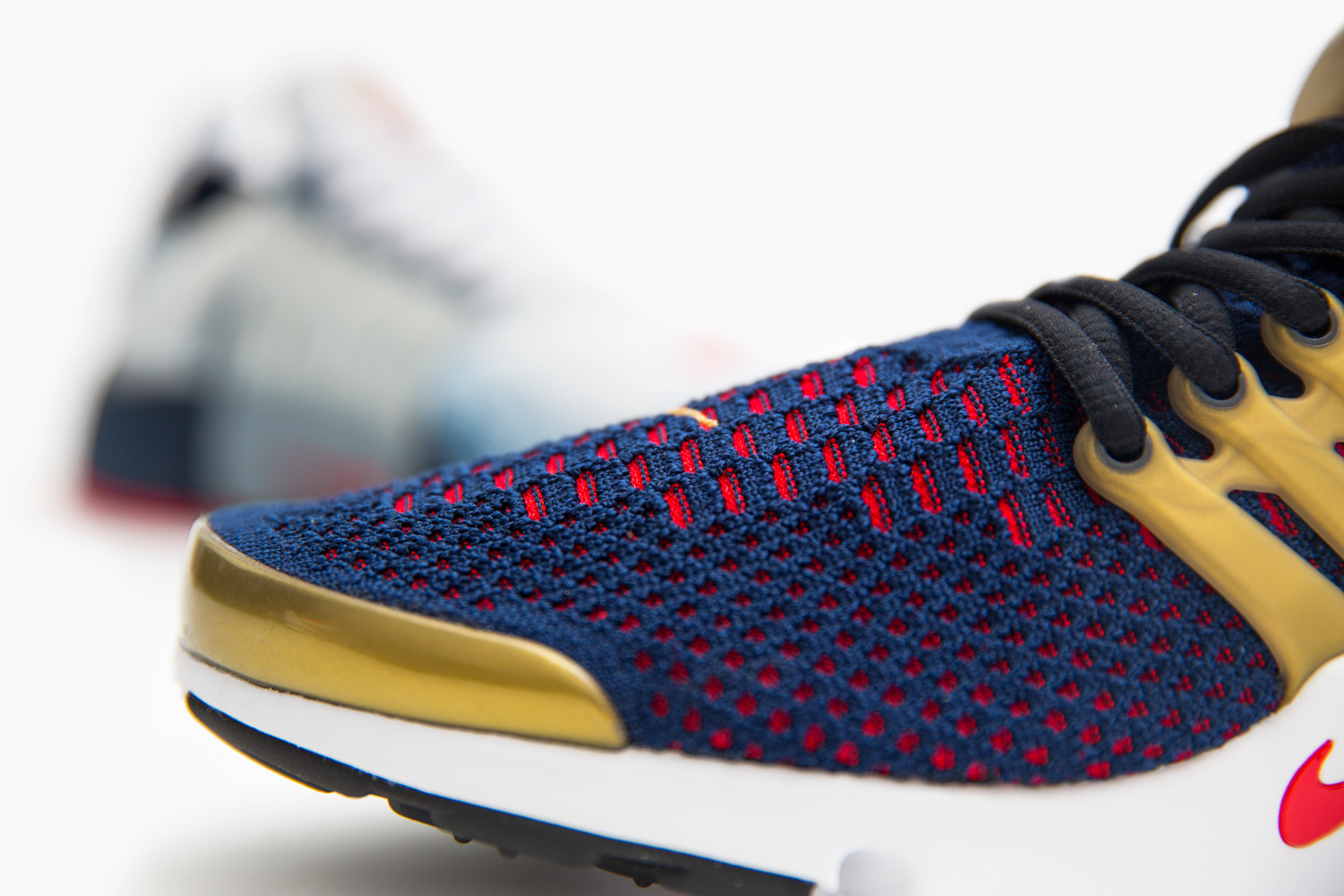 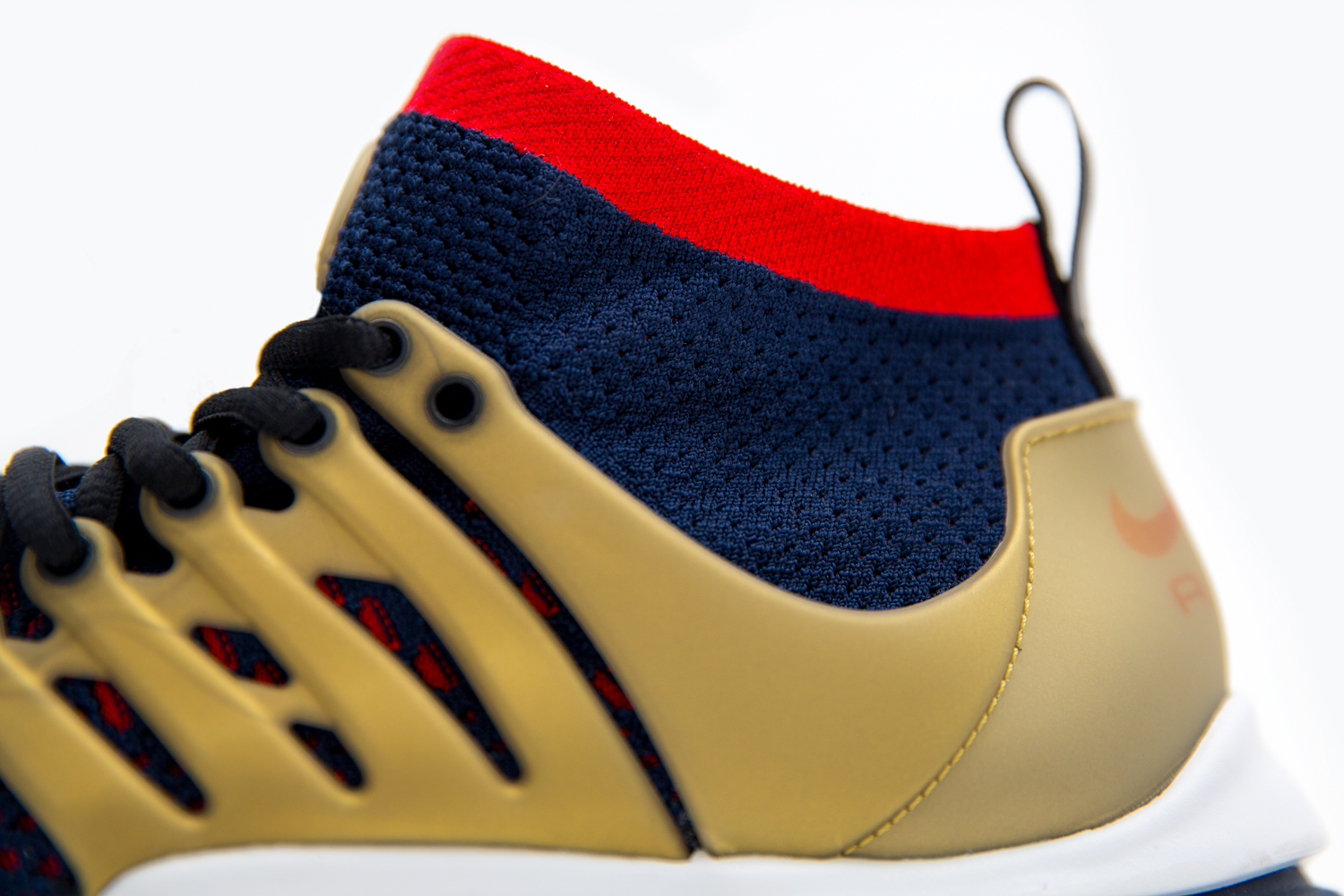 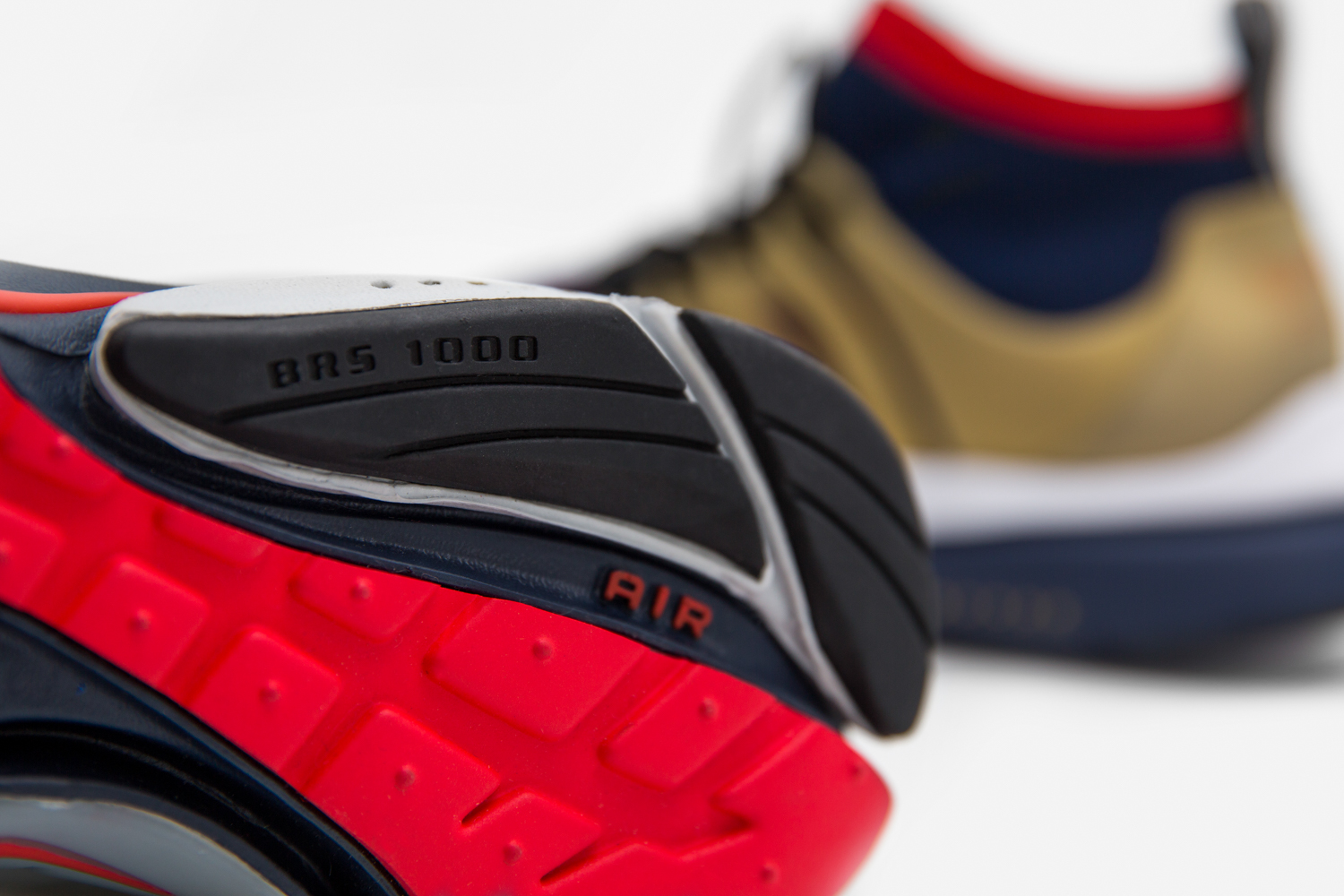