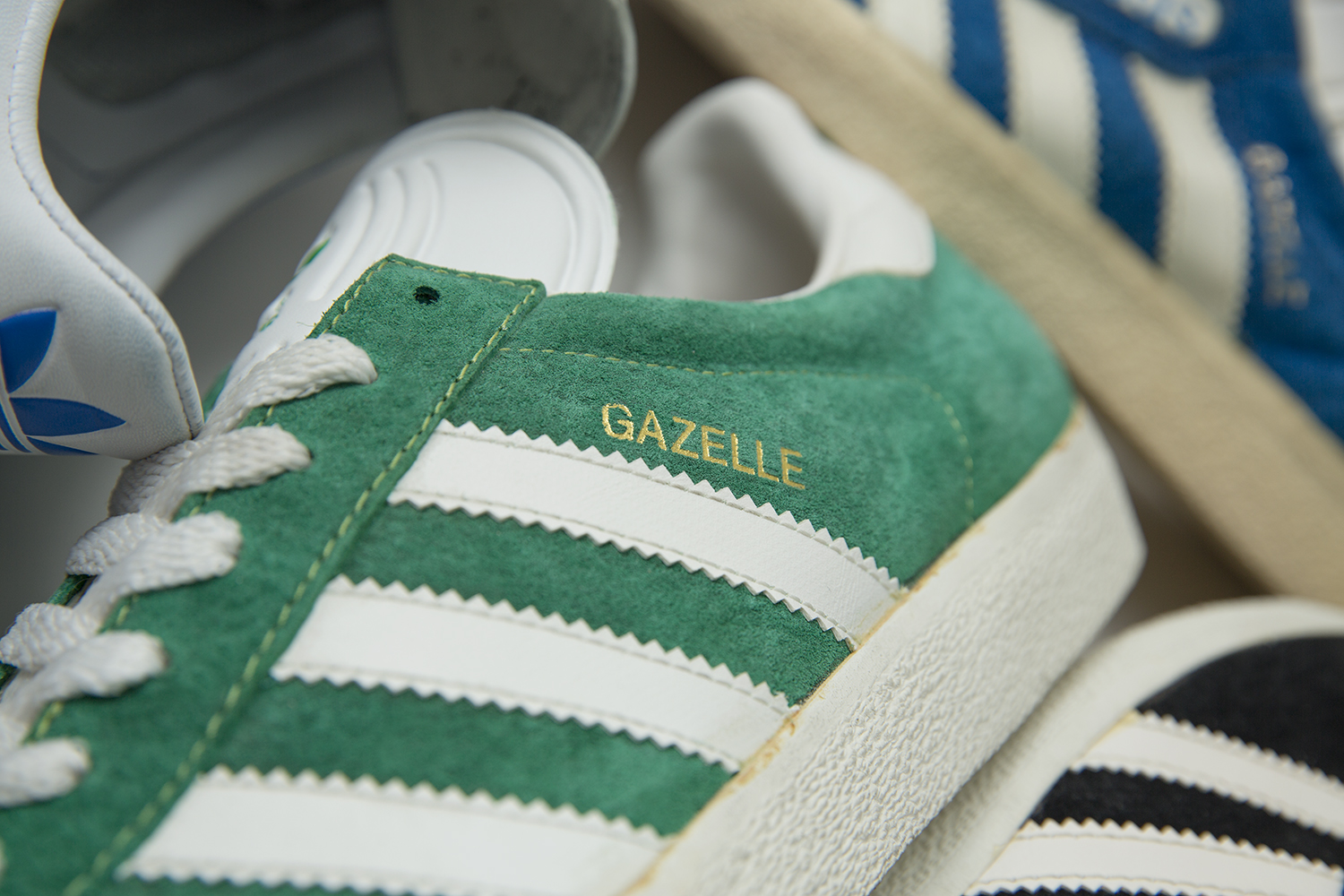 In celebration of adidas Originals' reissue of the timeless Gazelle, we're pleased to announce a new ongoing series which takes a look into our archive collection stored away here at size? HQ; The Lock-Up. A combination of vintage deadstock that we've saved from previous warehouses over the decades, shoe's found while traveling the globe, and even glimpses into some of the personal collection's of our staff, the lengthy list includes a wide range of different product from the mid 1970's up to the mid 2000's and beyond. We're aiming to showcase a wide range of different styles, rarely seen colourways, and hopefully even unveil shoes that you may have never seen before. We'll kick this series off with a look at a few different iterations of the adidas Originals Gazelle from the past three decades. The earliest pair of this particular style in our collection dates back to 1987, and was produced in Yugoslavia before production moved to Asia in the 1990's. The brand panel placement on the upper is something you don't often see appear on any Gazelle alteration, and it almost brings to mind images of the Samba Super of the same period. 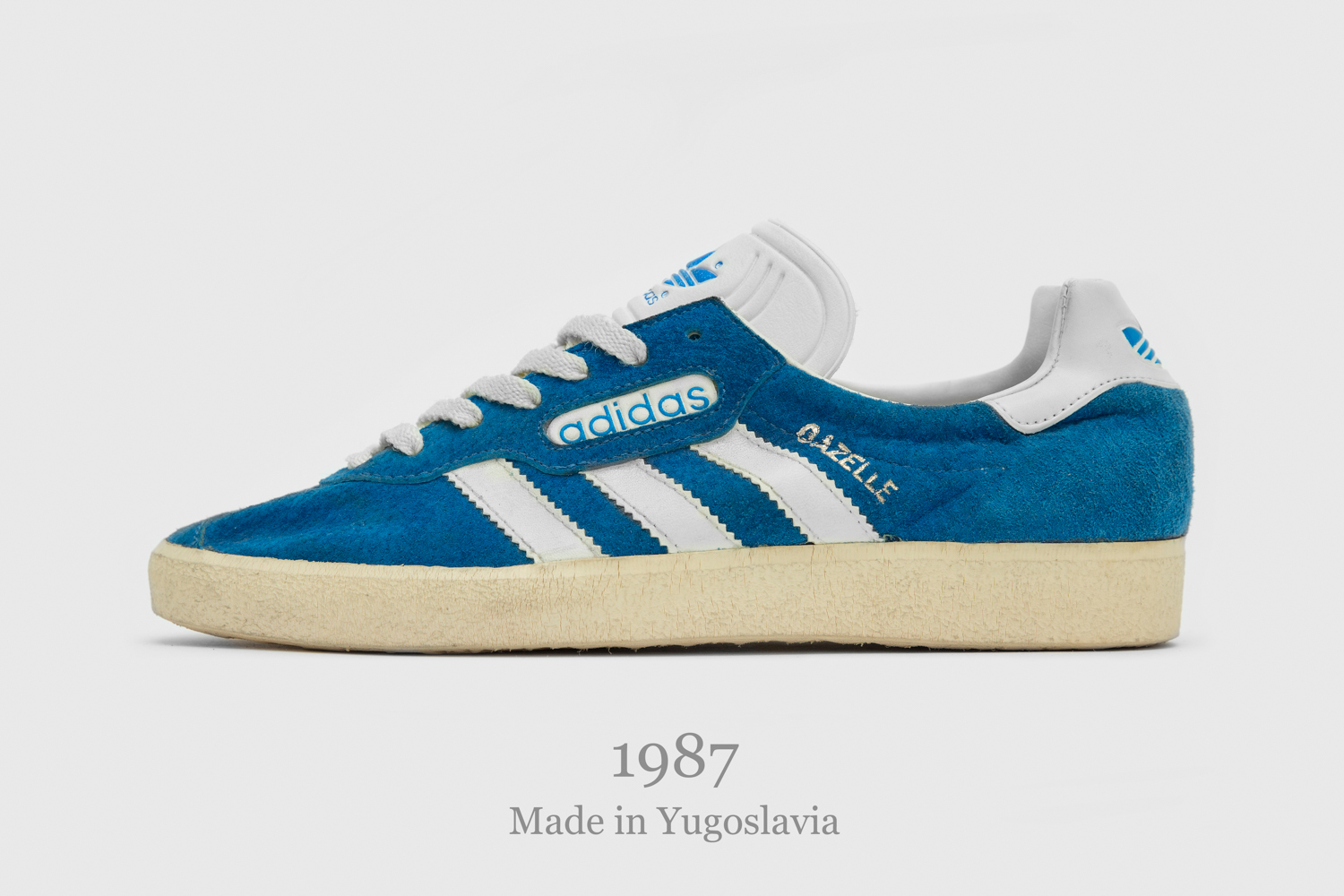 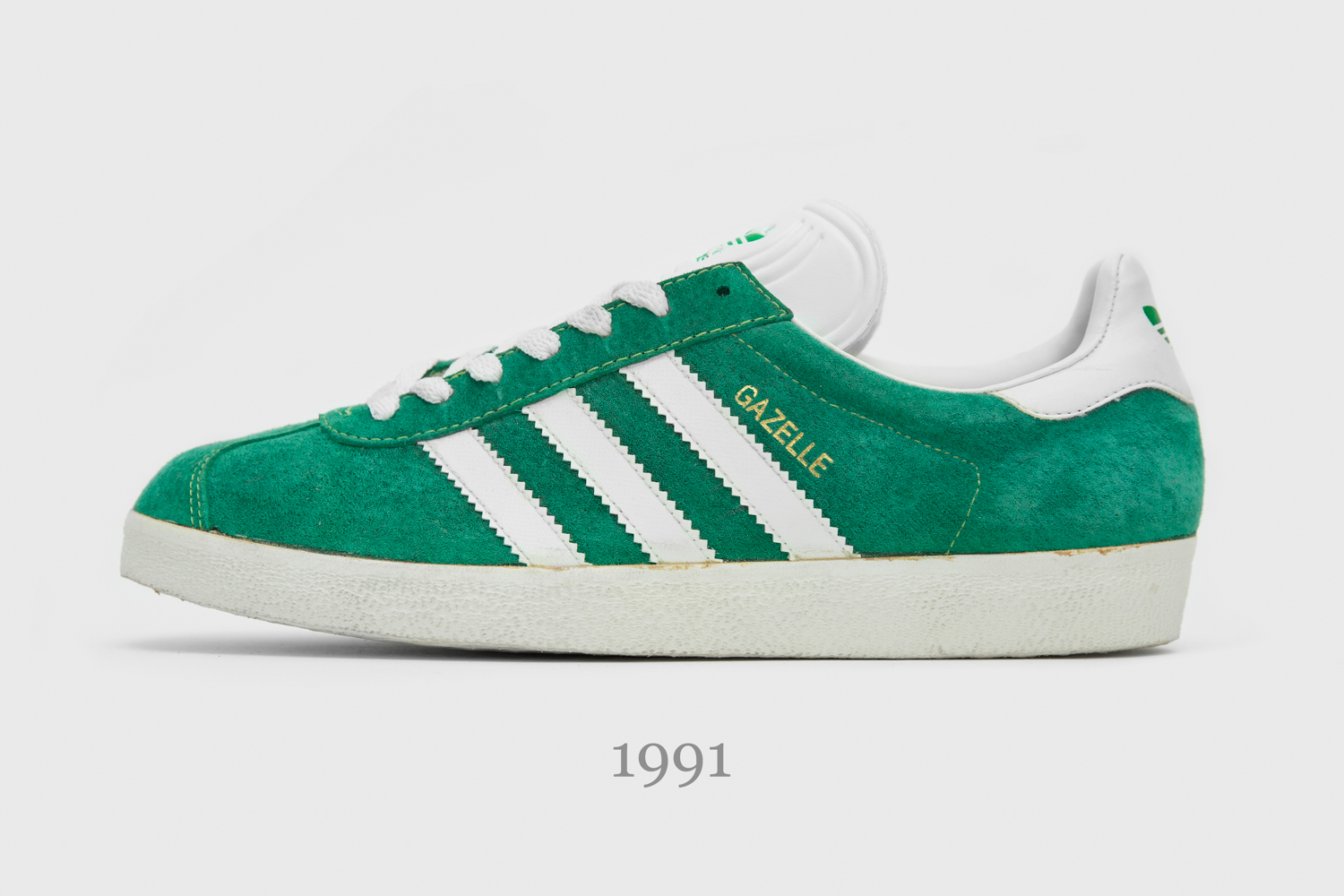 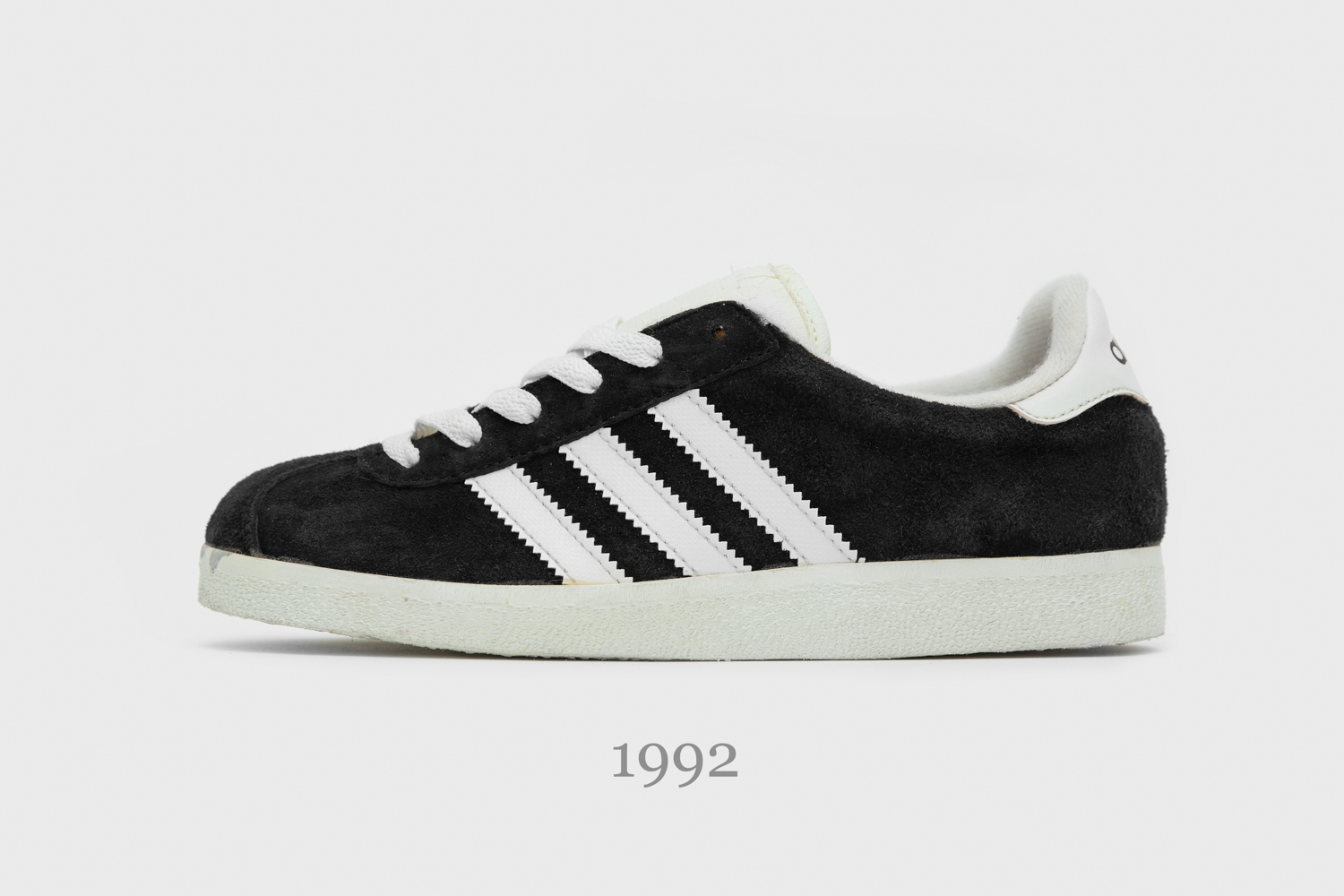 The Gazelle has maintained it's strong identity as a cultural icon since it's introduction as a lightweight training shoe in 1966, and not undergone too many abstract transformations across this whole period. After this recent 2016 update, the closest style visually to replicate the original shape seems to be the Gazelle 2. With it's clean, no-nonsense profile, the uppers have traditionally been produced in suede, with leather accents used on the stripes and rear heeltab. The leather tongue will always be branded with the iconic trefoil, with subtly embossed three stripe details present throughout. 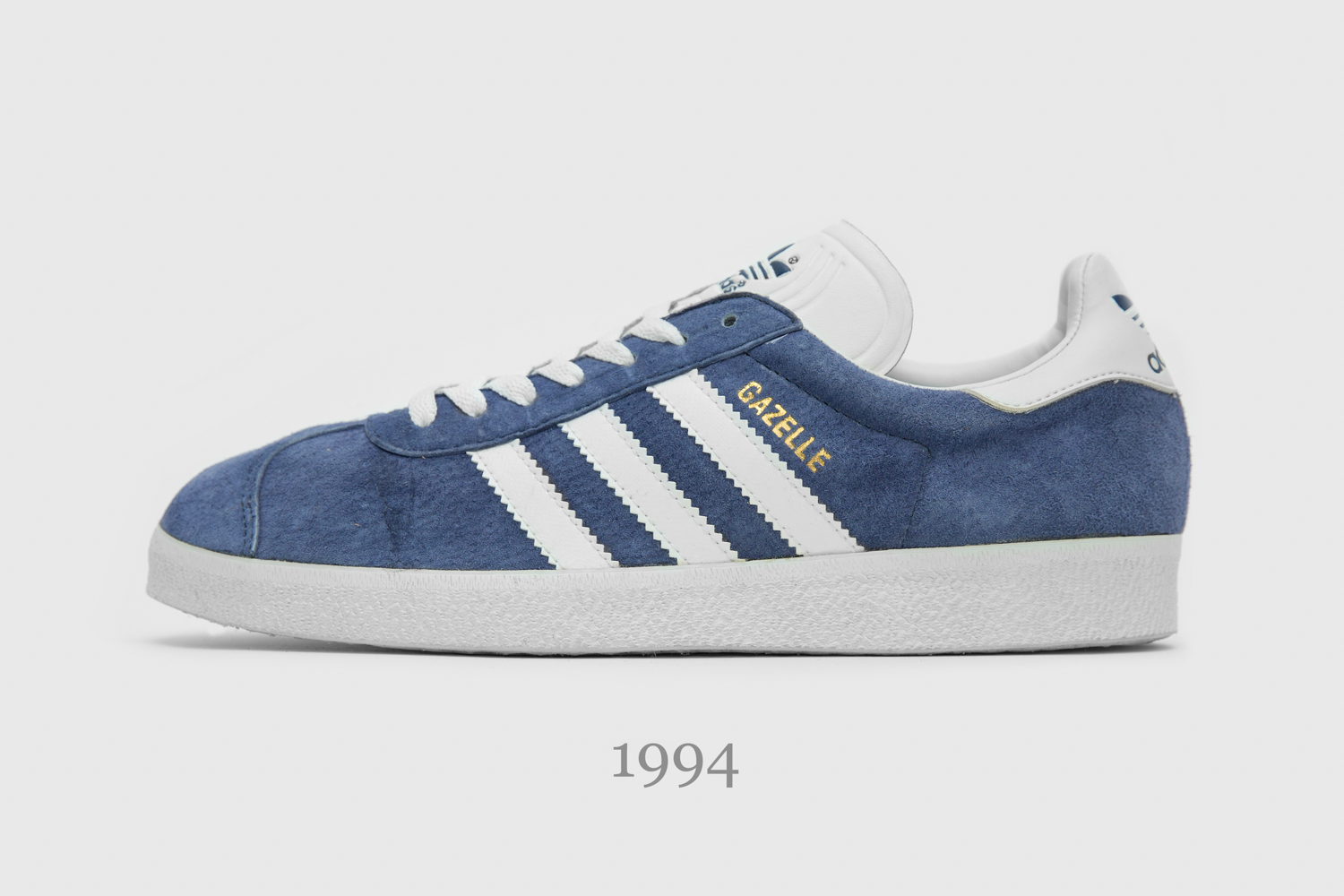 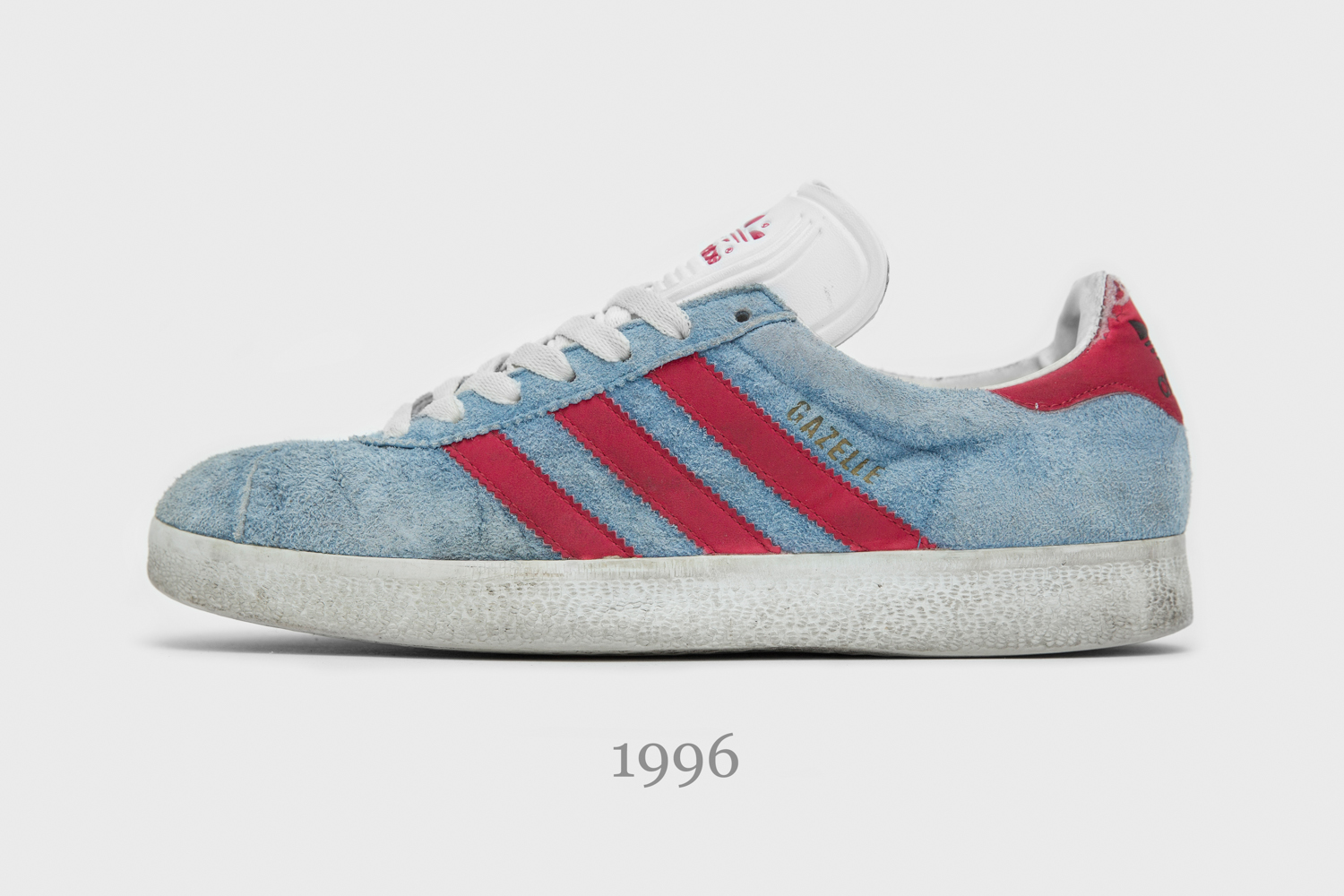 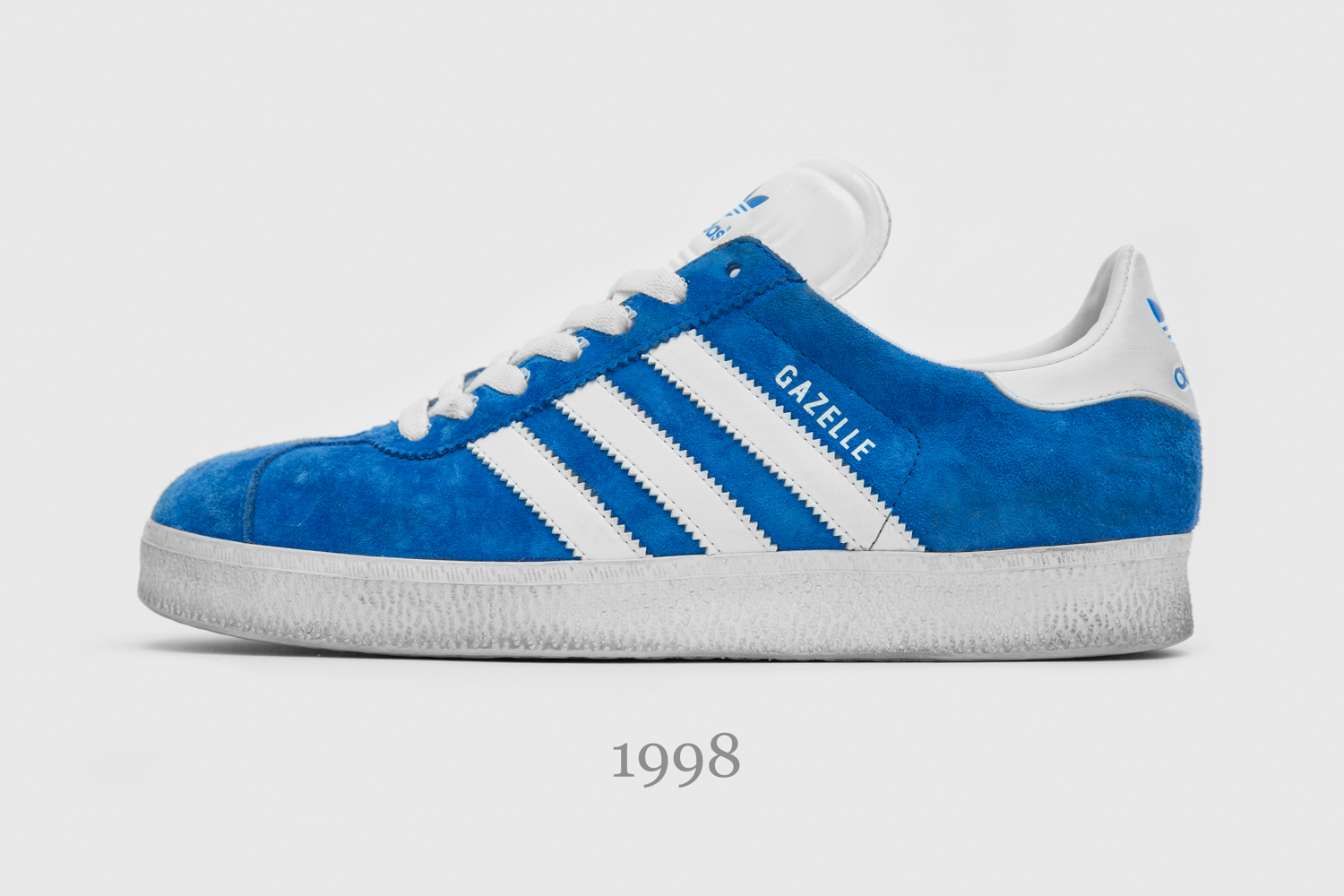 The hexagonal, dimpled outsole has always remained as a staple feature of the tooling, designed to enhance traction when being worn for training exercises. The pattern has retained the same shape, slightly rotating over the years and gradually getting smaller. The 'Gazelle' sidewall branding has come and gone over various releases, either visible in the classic gold foil, clean white, and sometimes even appearing on top of the stripes. 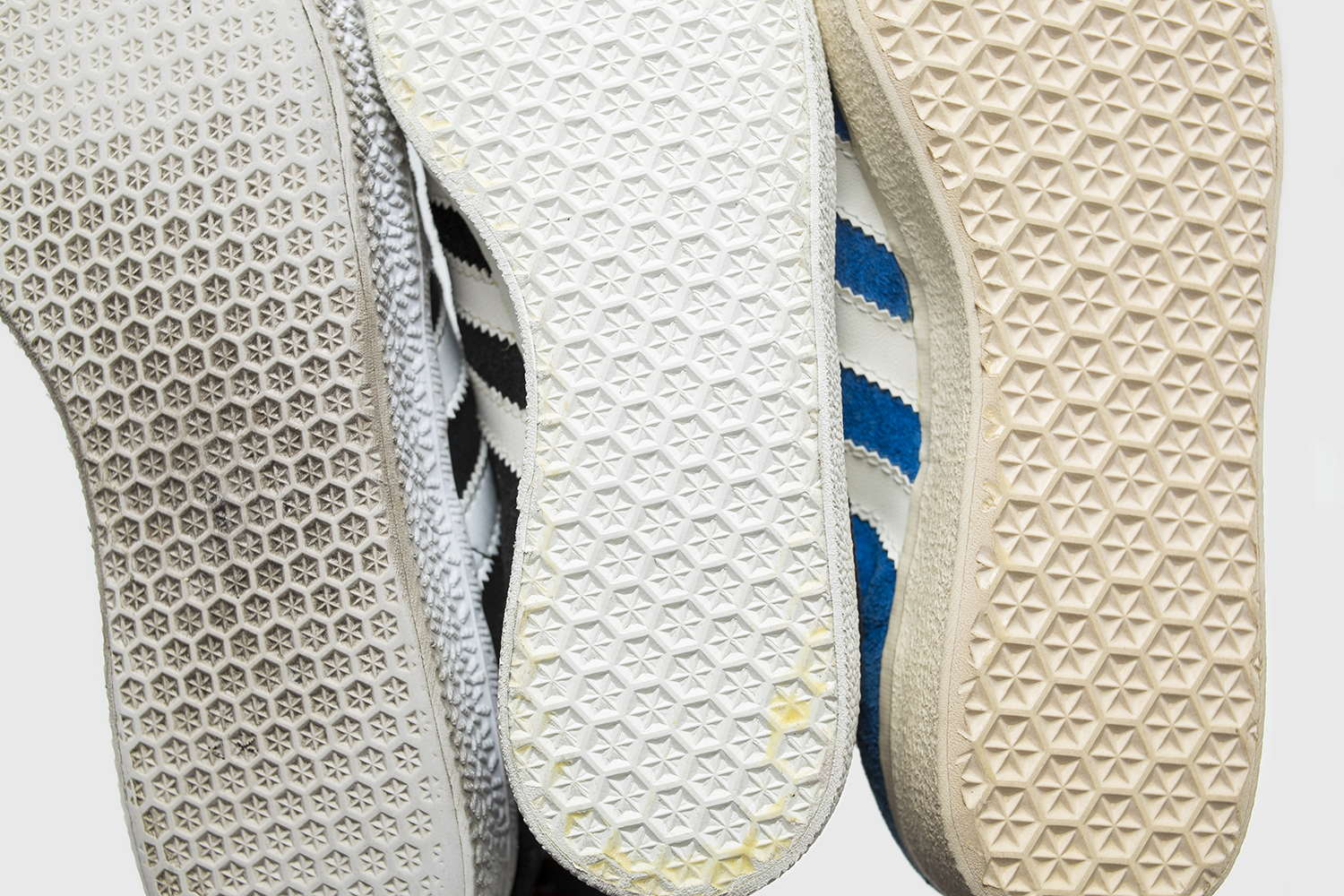 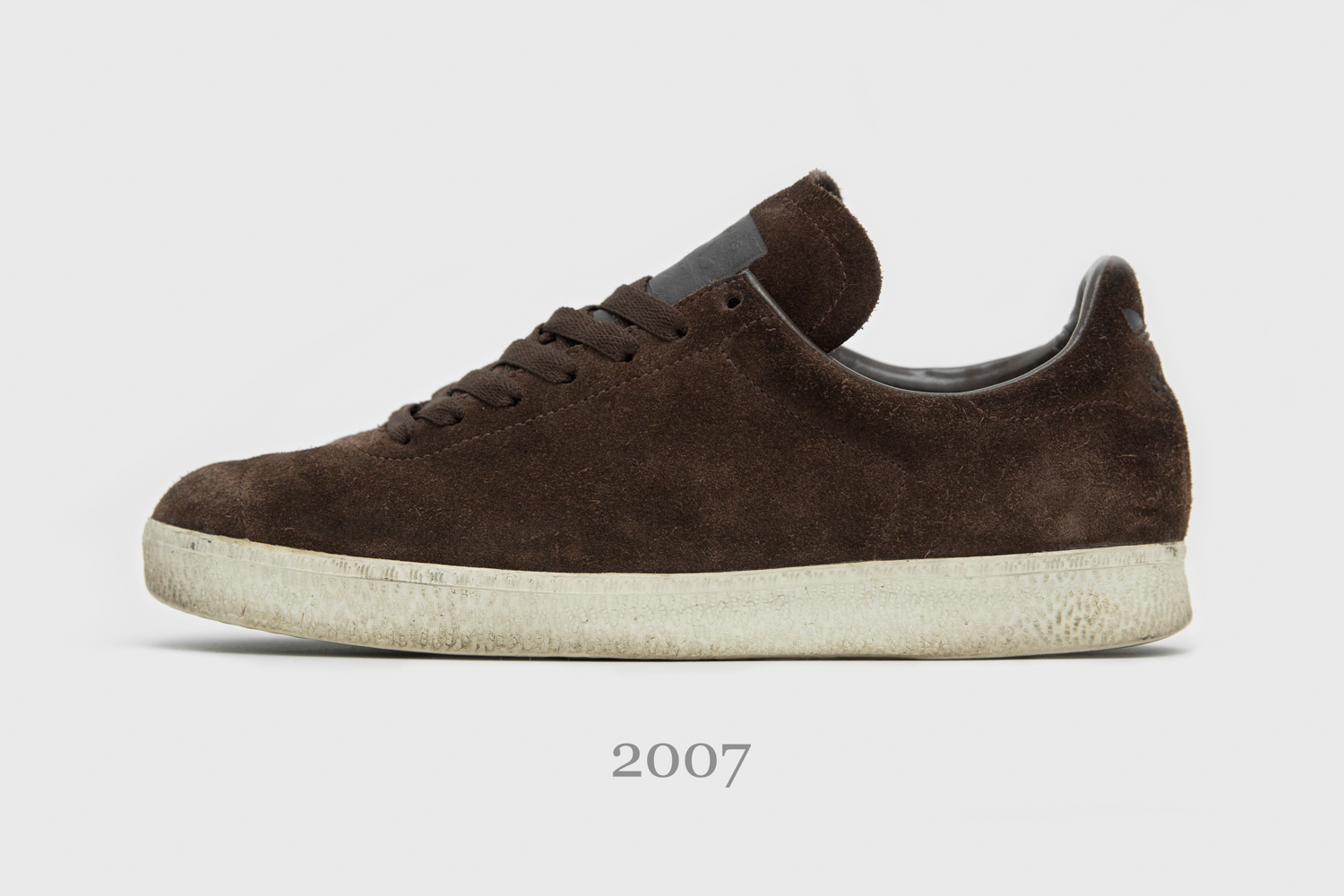 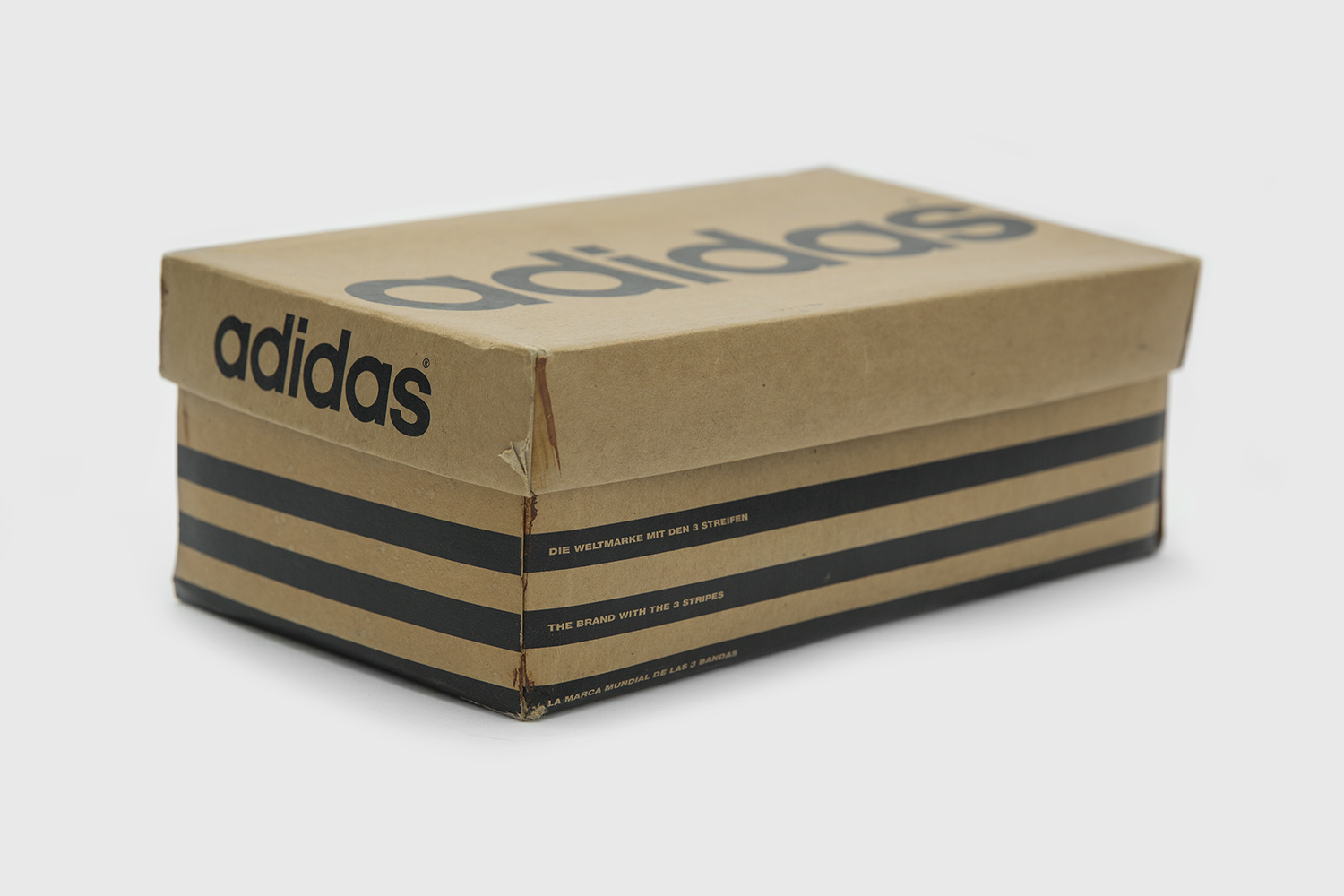