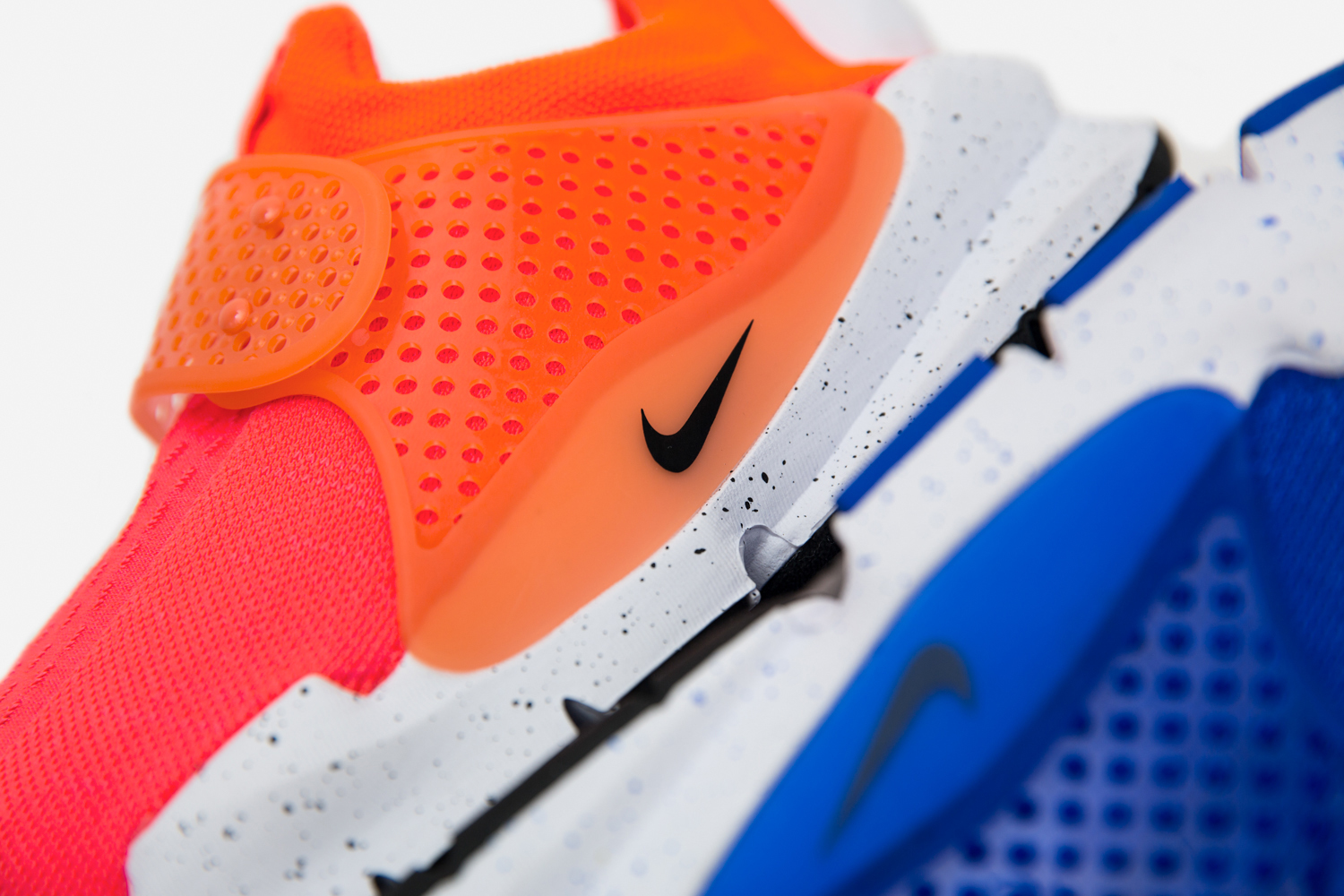 Following the success of last months Black & Hasta renditions, the Nike Sock Dart returns in two vibrant Crimson & Blue colourways. In keeping with the last set, the rubber straps on both blend in tonally with the knitted uppers to create a solid block of colour, sitting atop speckled midsoles. Throughout the years, the evolution of Nike as a company designed around experimentation and risk-taking has found itself with three important figureheads at the helm of pushing forward in the world of footwear design. Originally only operating internally under the HTM pseudonym, Nike CEO Mark Parker, revolutionary designer Tinker Hatfield and Japanese design icon Hiroshi Fujiwara have spent the past 14 years testing the limits of what can be categorised as ‘footwear’. Experimentation with material construction and midsole alterations have always been the key variables in their design process, and when you’re working alongside the Boss, anything goes. 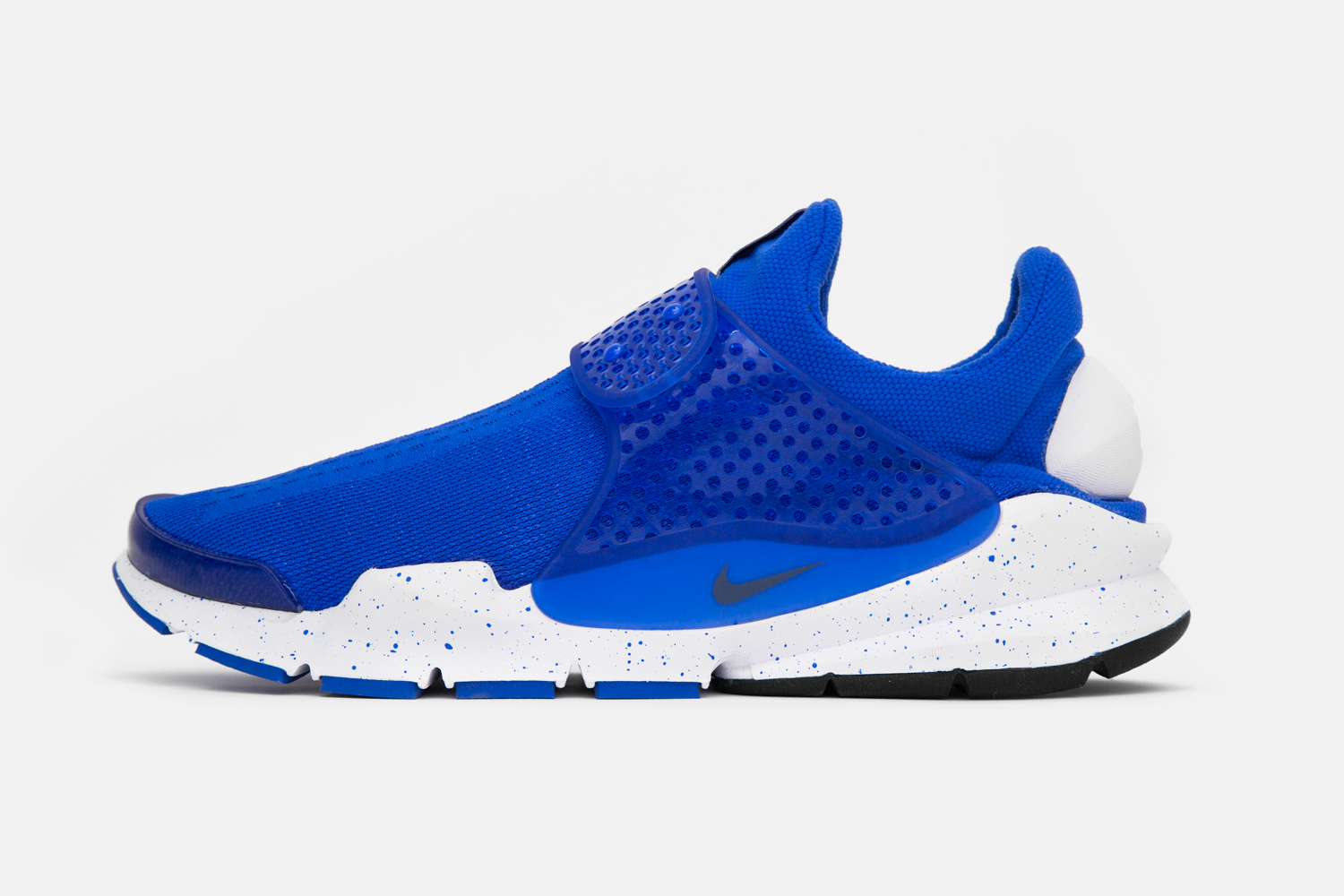 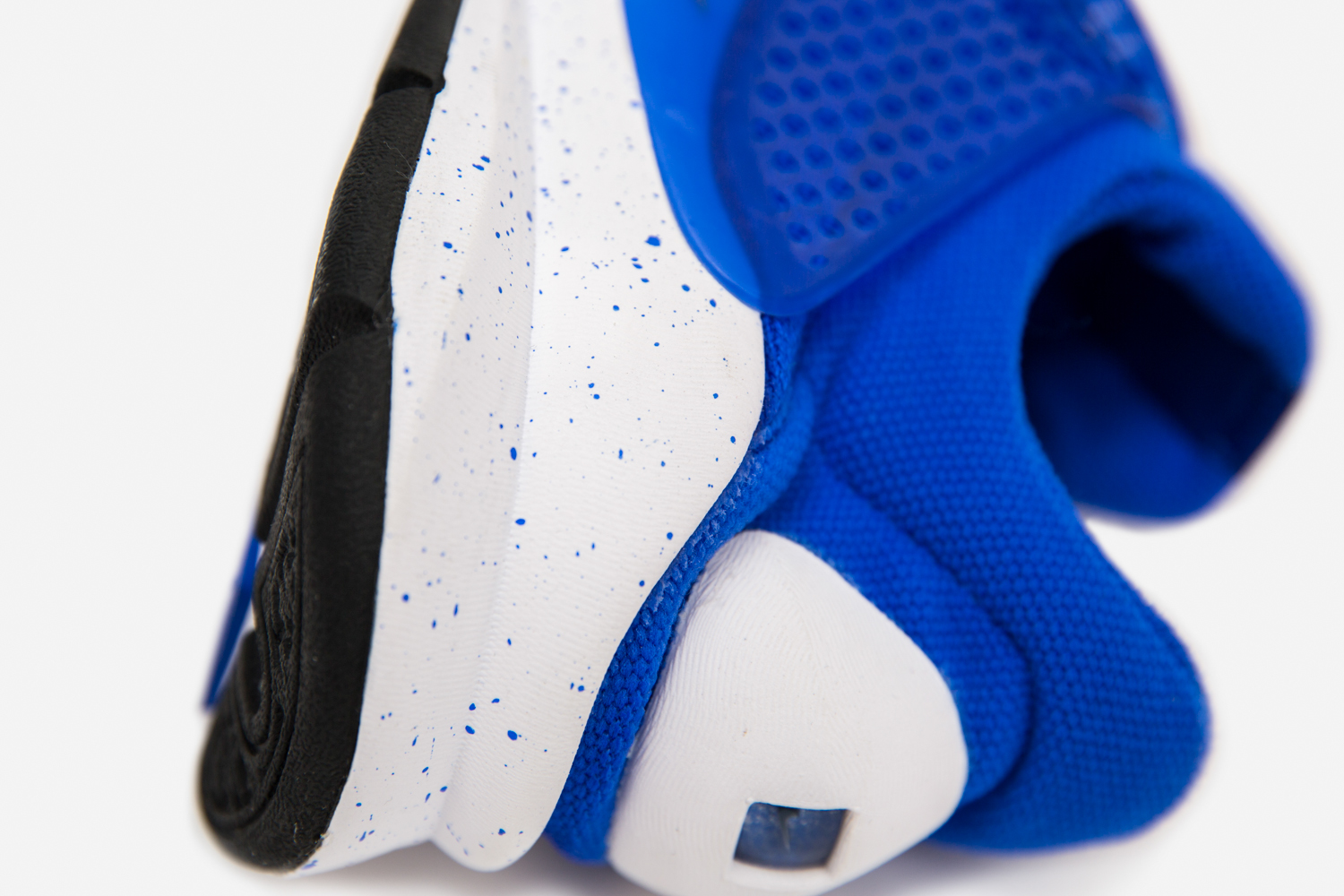 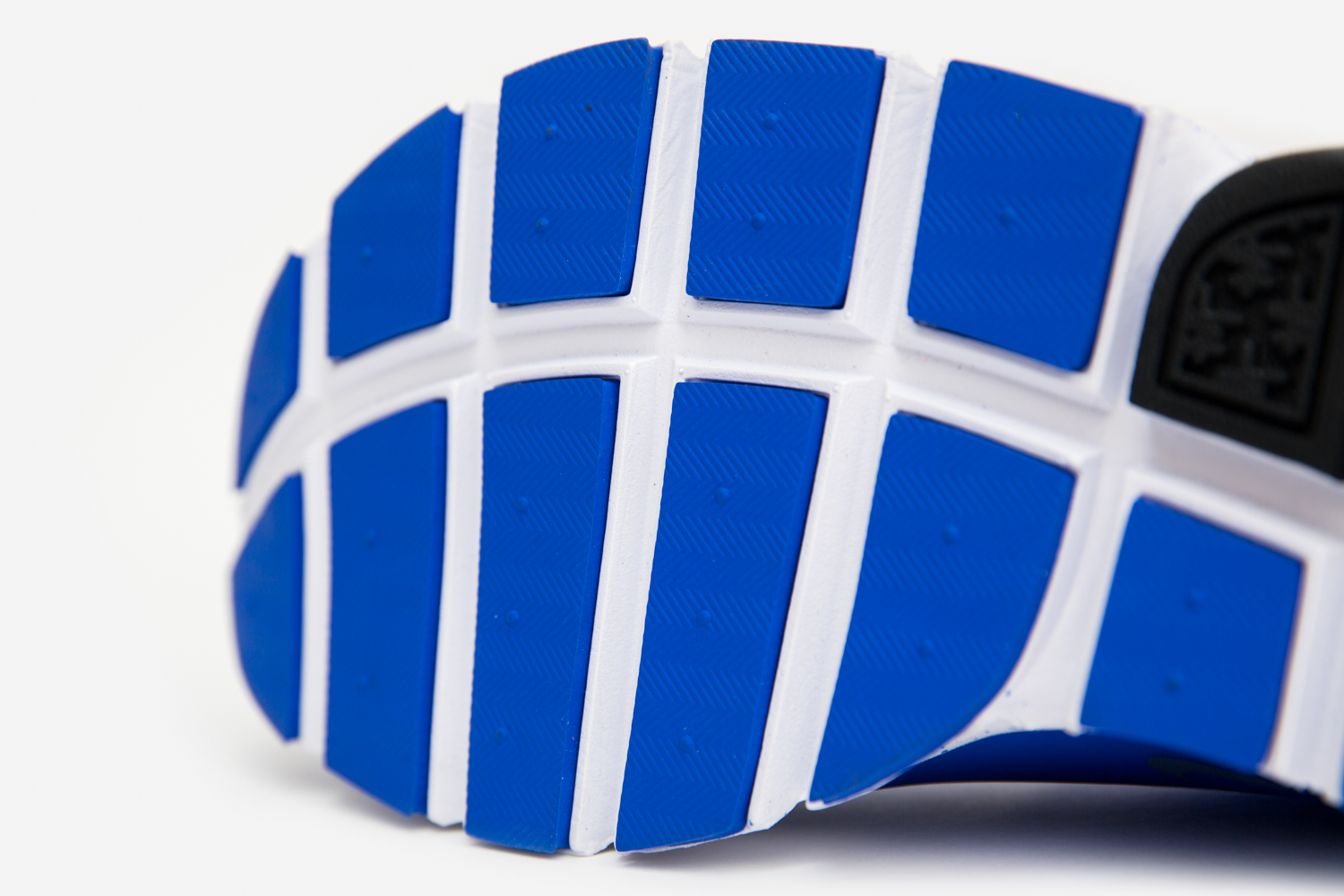 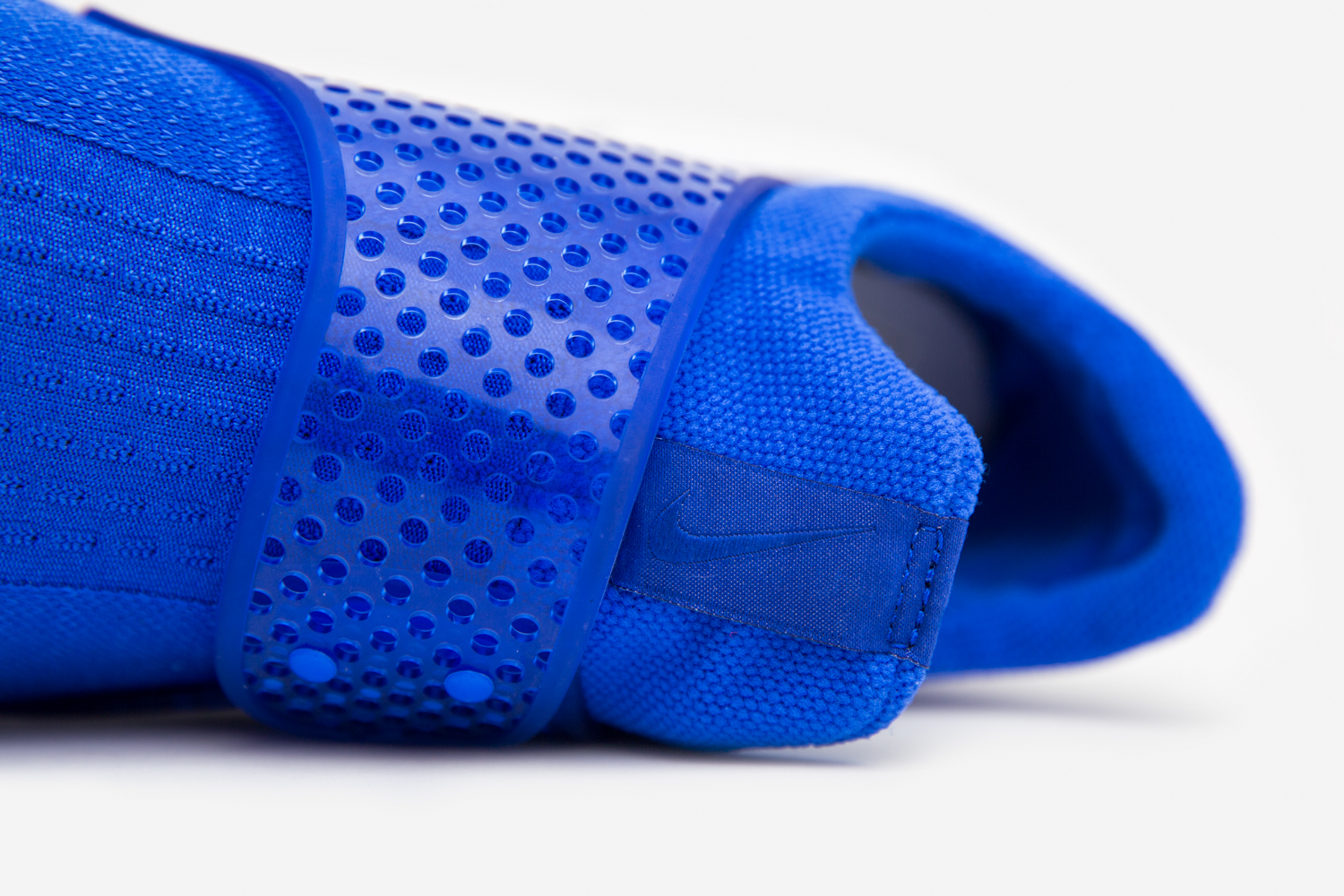 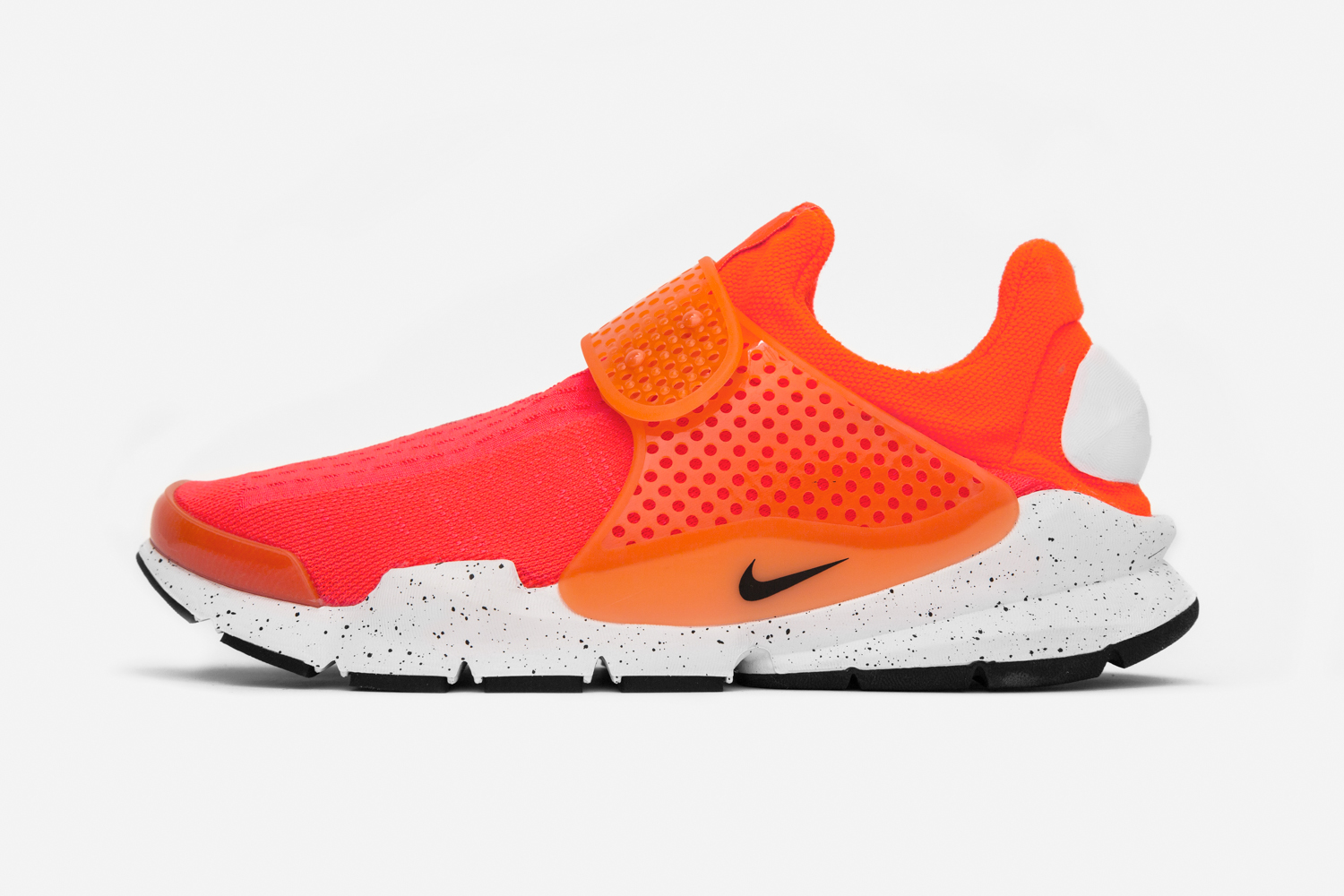 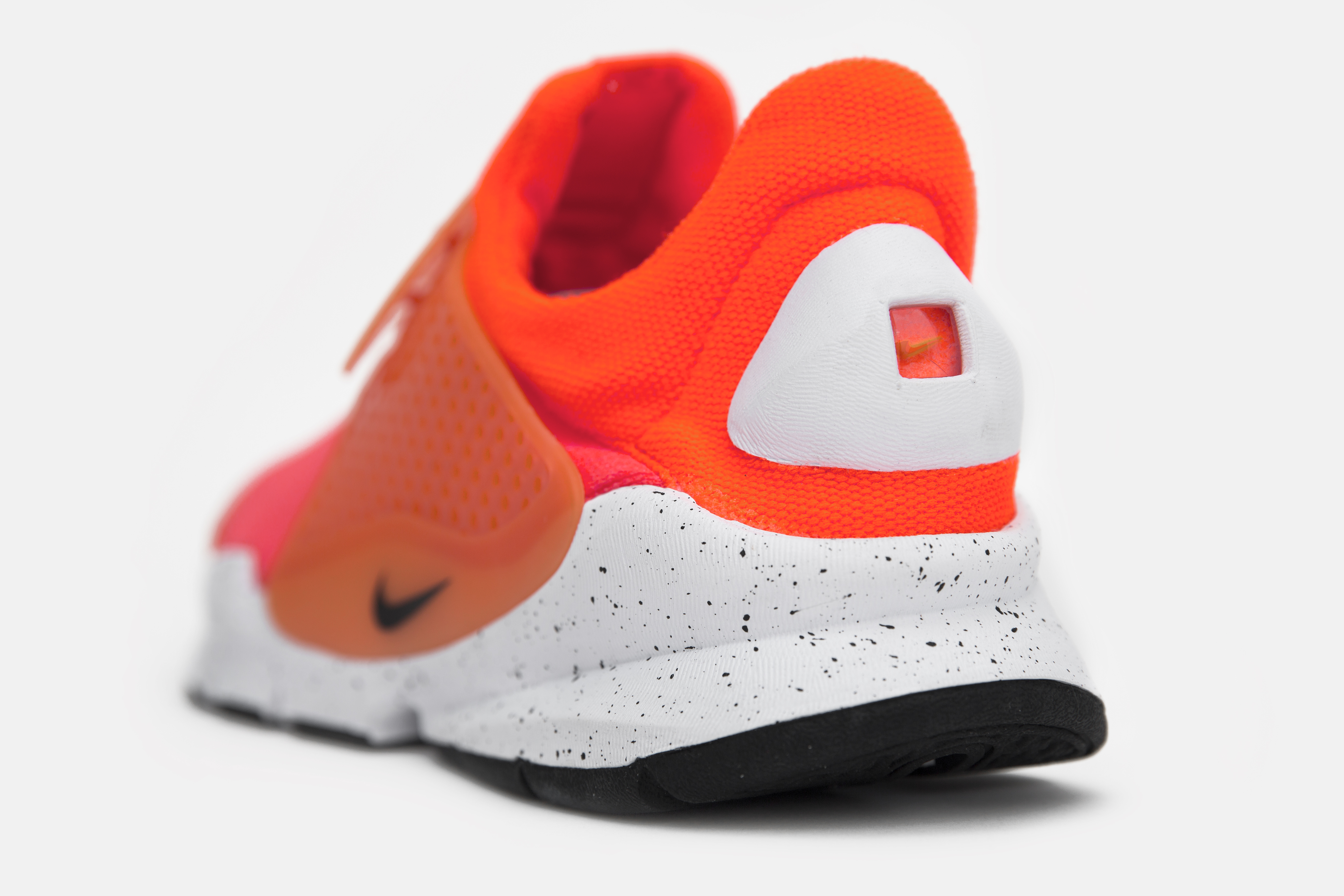 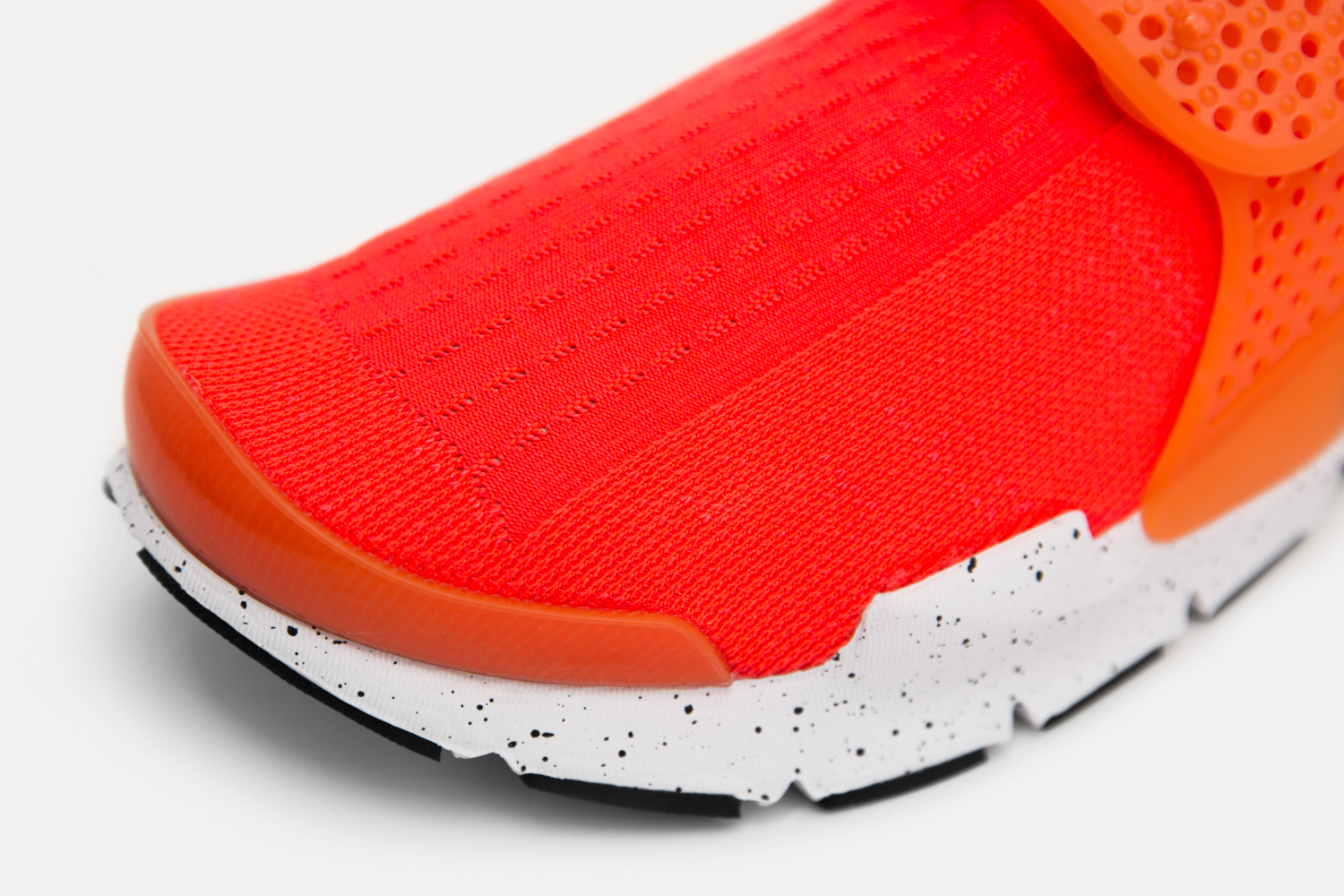 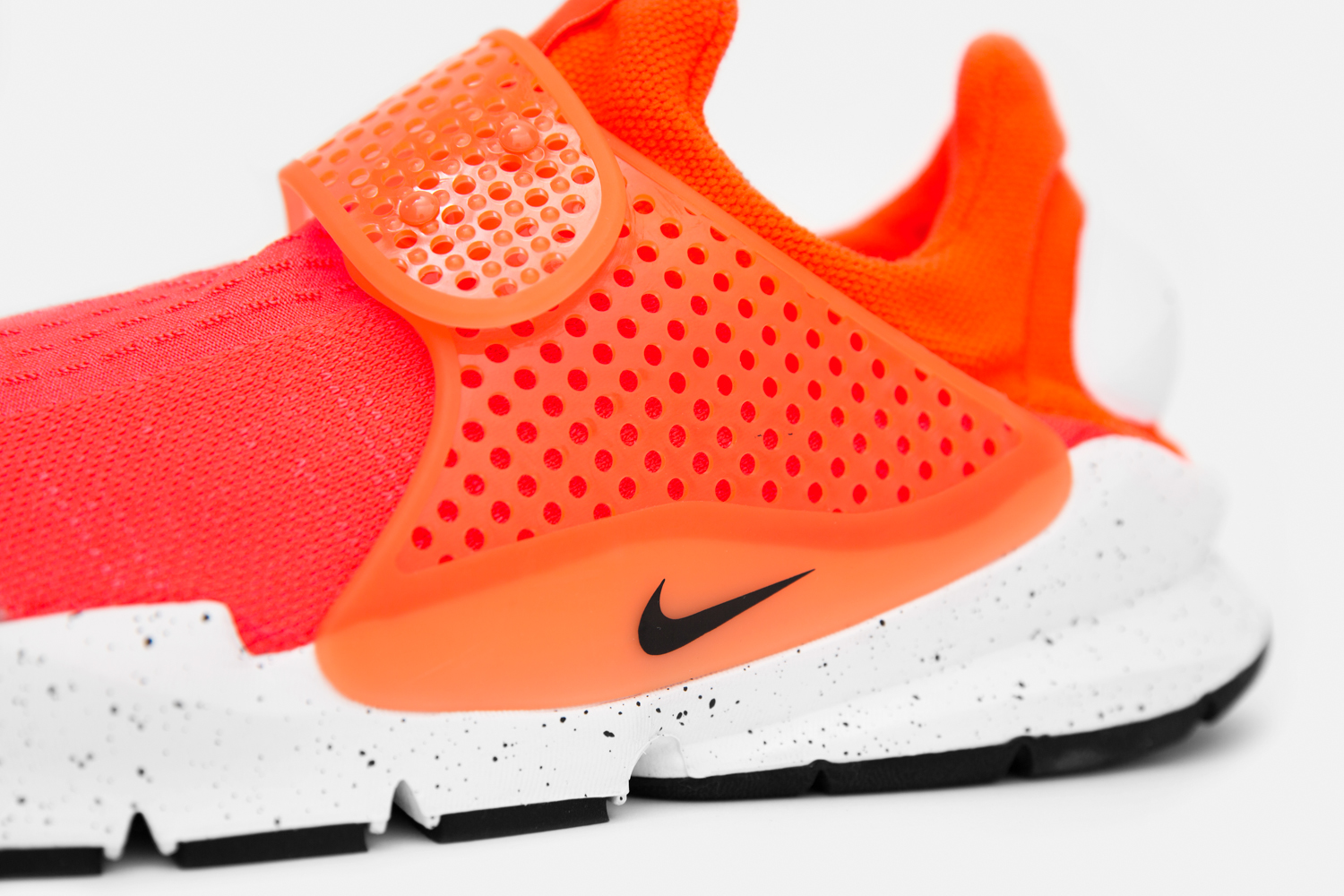 The Sock Dart also gave a slight glimpse into the future with it’s material application, debuting a knitted fabric with selective elasticity dependent on how it was constructed in certain areas (an important precursor to modern day Flyknit Technology). As with the Presto and Mayfly, lightweight Phylon was again used in the midsole tooling to lose as much weight as possible, and combined with the minimal upper it made for an incredibly comfortable ride. Both colourways of the Nike Sock Dart will be available online and in selected size? stores on Friday 20th May, priced at £95 and available in sizes UK 6-12 (not including half sizes). Look out for links posted at 8am over on our Twitter and Facebook pages that will take you directly through to the products.