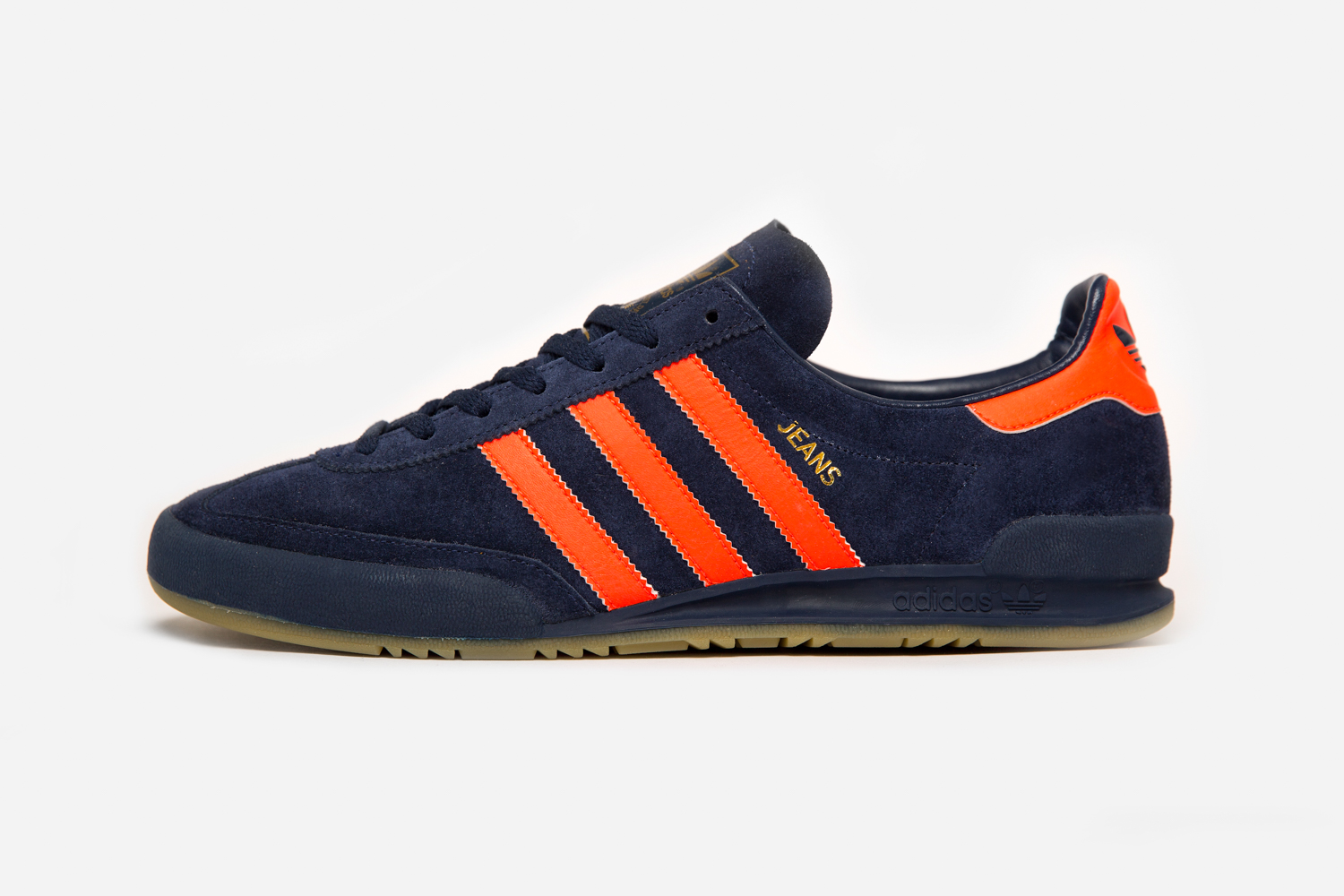 The next instalment in our exclusive collaborative Archive series with adidas Originals is the Jeans MK II. Initially revealed in our 'The Preview' series, the silhouette takes inspiration and reference from a classic city series pallet. 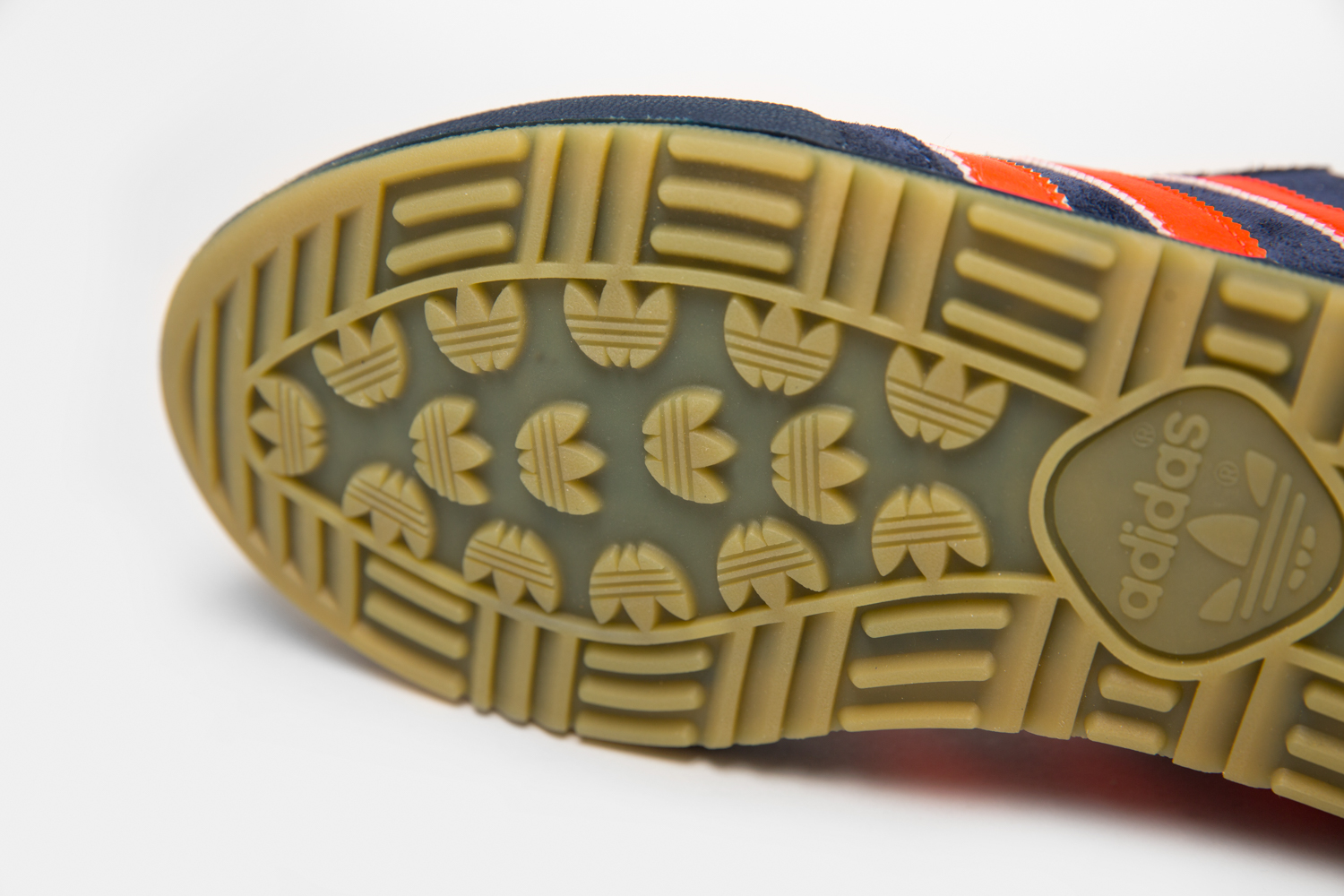 Originally a leisure shoe, the Jeans were first released in 1976. After several tweaks along the way, new features have been added and additional elements have been implemented. This latest version, referred to as ‘Jeans Mark II’, features a heel stabiliser, toe protector and a softer midsole wedge. 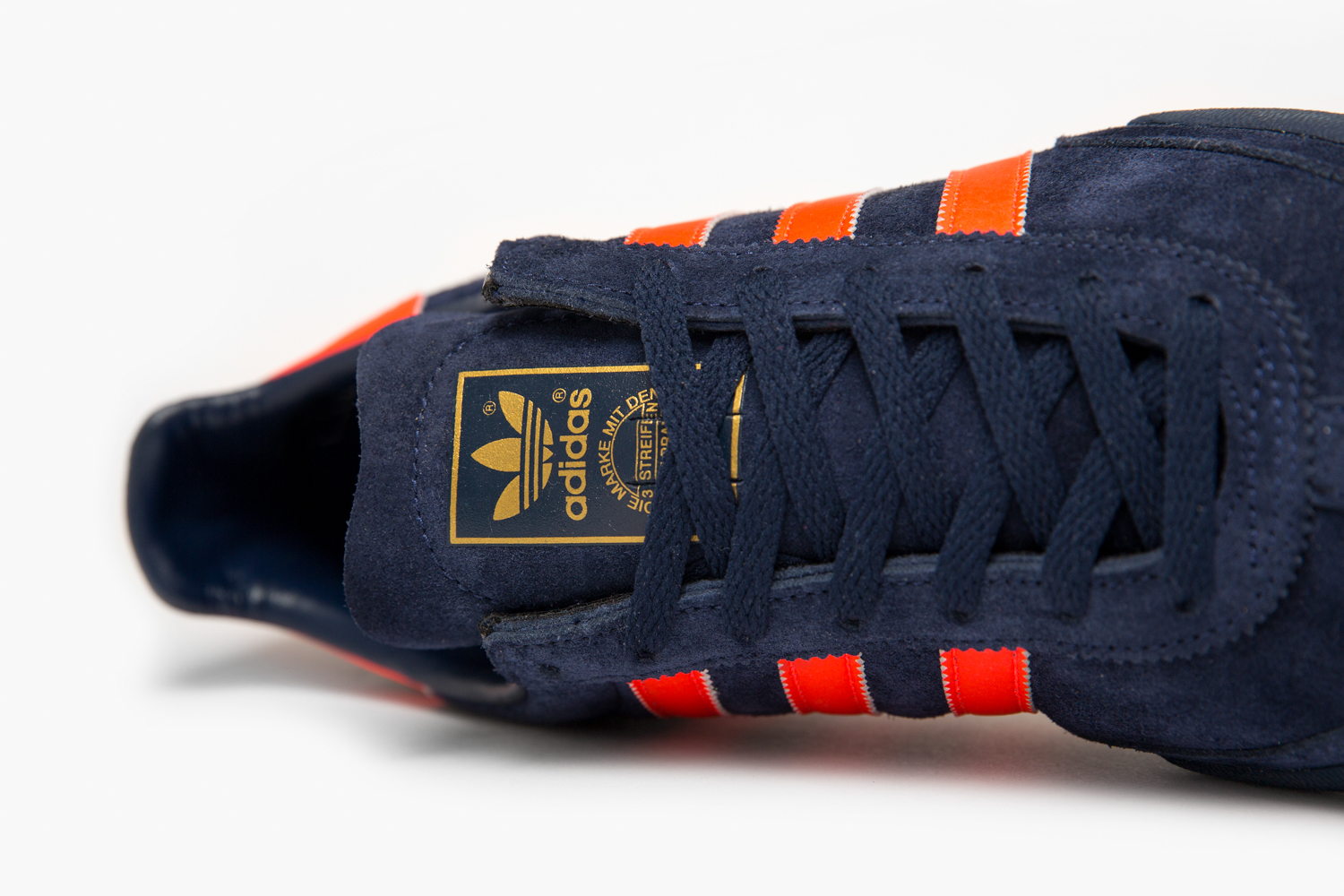 For our latest iteration, the upper comprises of a soft navy suede whilst sitting alongside vibrant orange three stripes branding and heel panel. 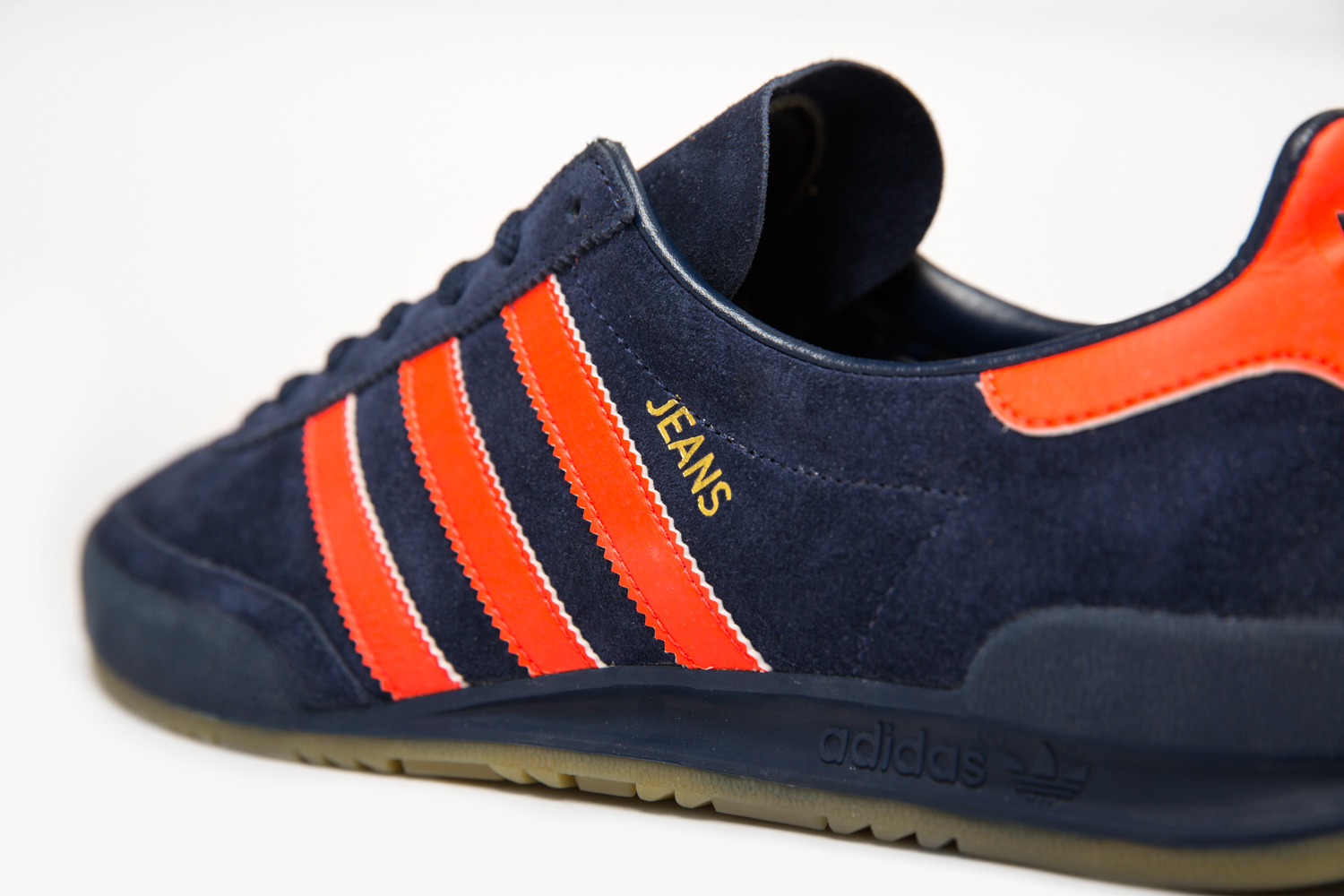