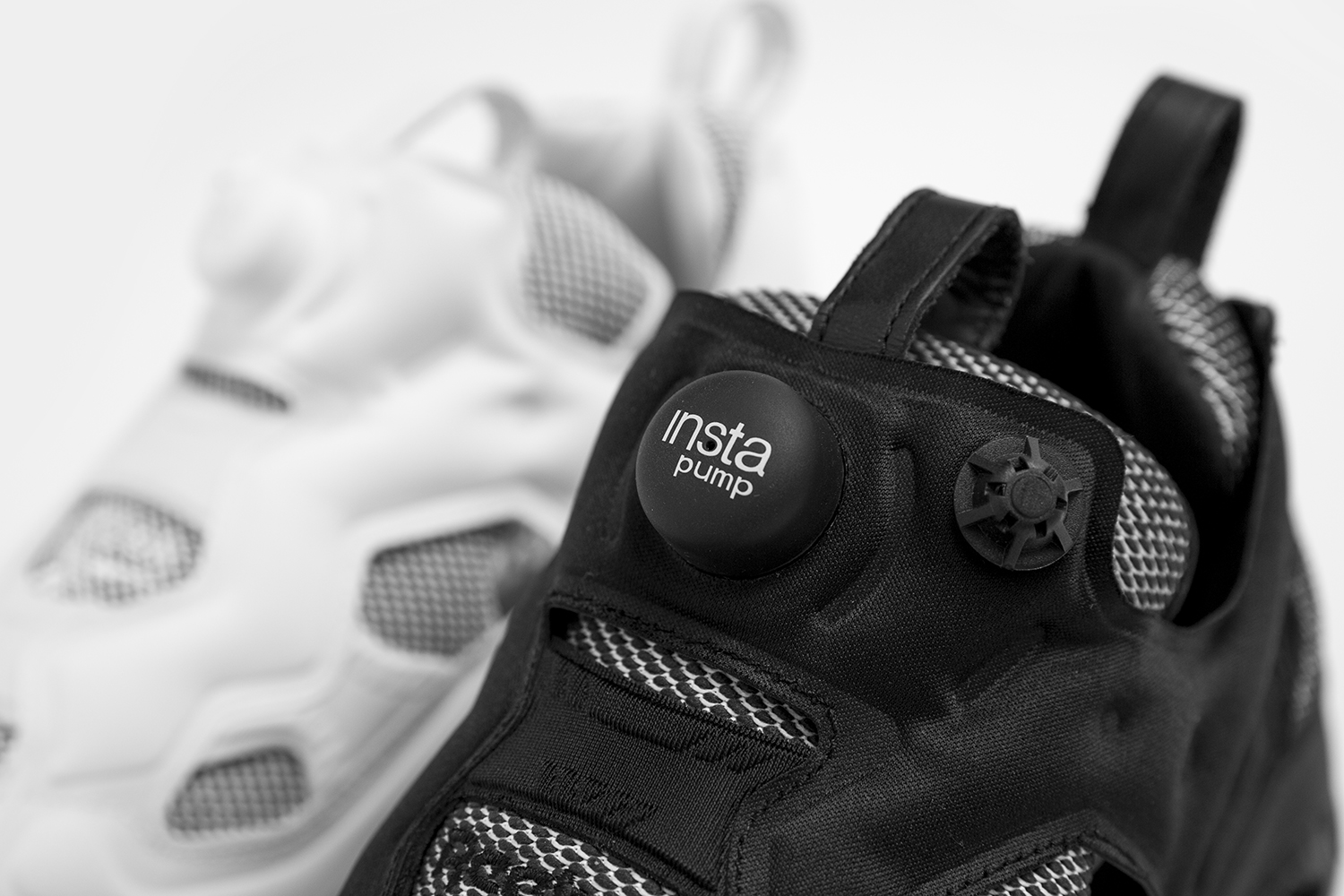 Sitting in the position as one of Reeboks most famous, if not extremely obscure releases, the Insta Pump Fury was an incredibly innovative piece of design when first introduced in 1994. It fused together several different breakthrough technologies that Reebok were working on at the time including a full length carbon fibre support, a split midsole, and of course the unmissable air bladder that wrapped around the dorsal area of the foot. 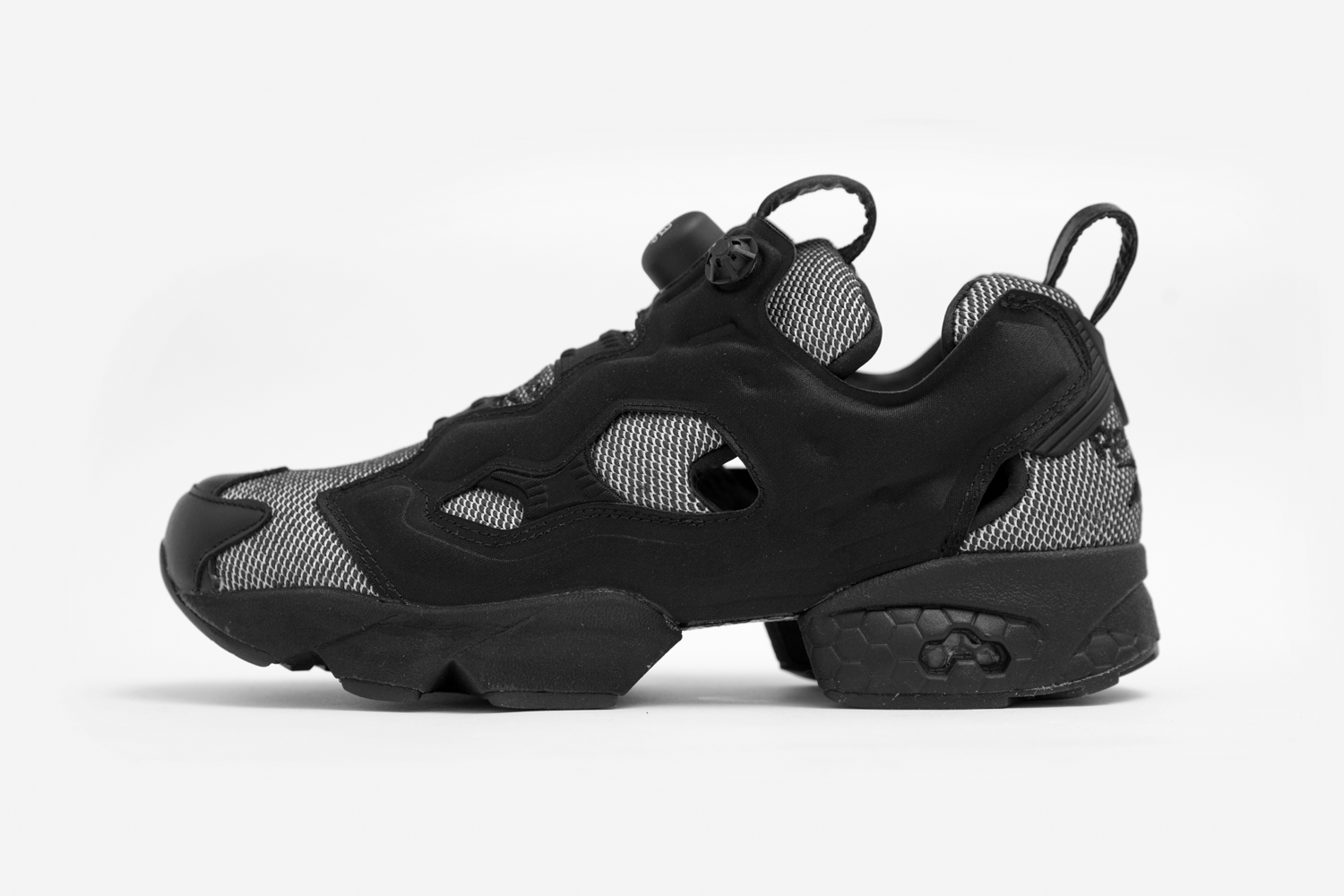 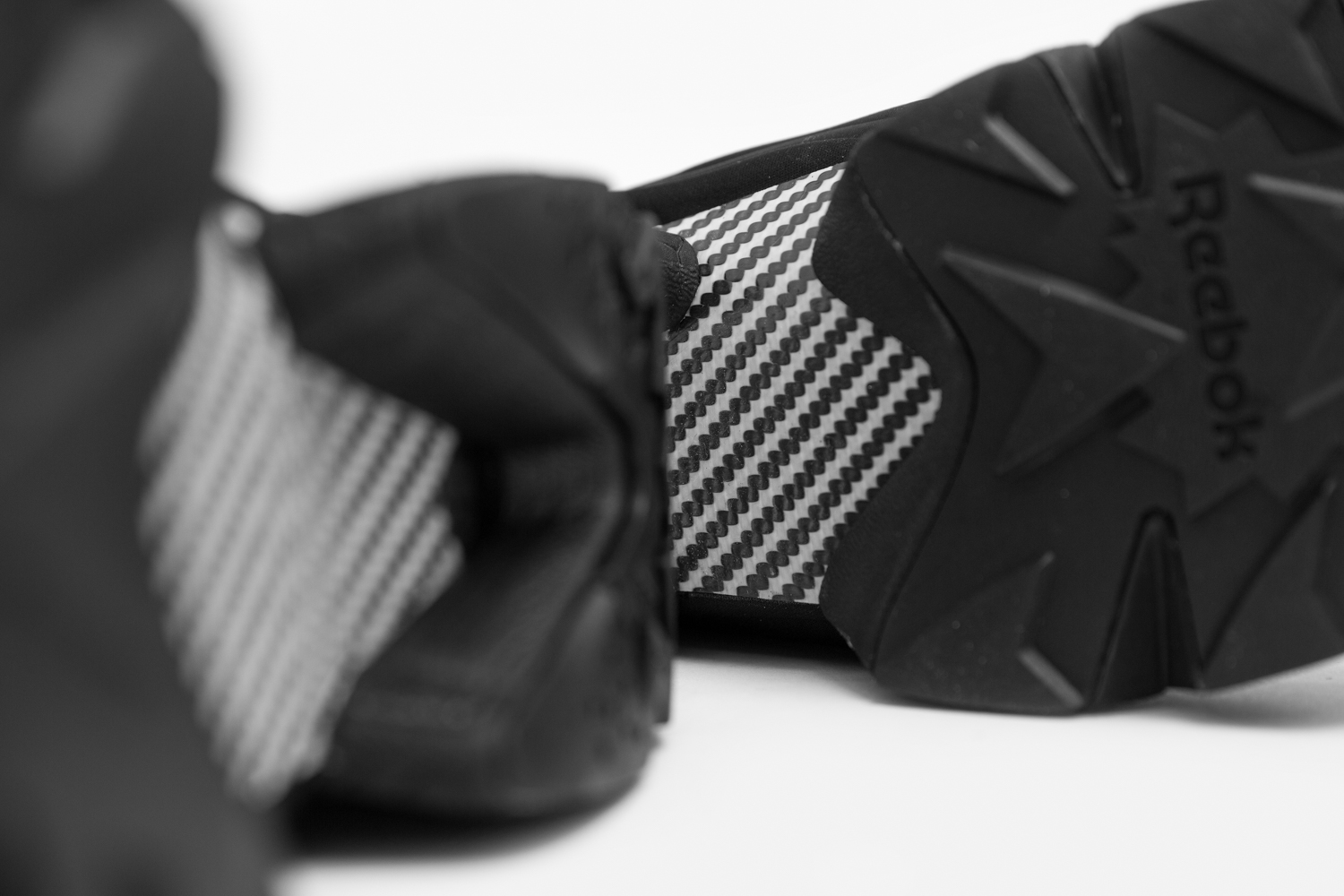 The concept behind The Pump system was to create a shoe that would perfectly fit around any foot shape to give that perfect fit. Once the shoe was on, the bladder was inflated by pumping the logo button down several times, so air would slowly fill the space, compressing around and hugging your foot. First introduced in the tongue of Reeboks basketball output in the late 80’s, the tech soon found it’s way onto the feet of runners come 1994 once development had been completed by designer Steven Smith and his team. 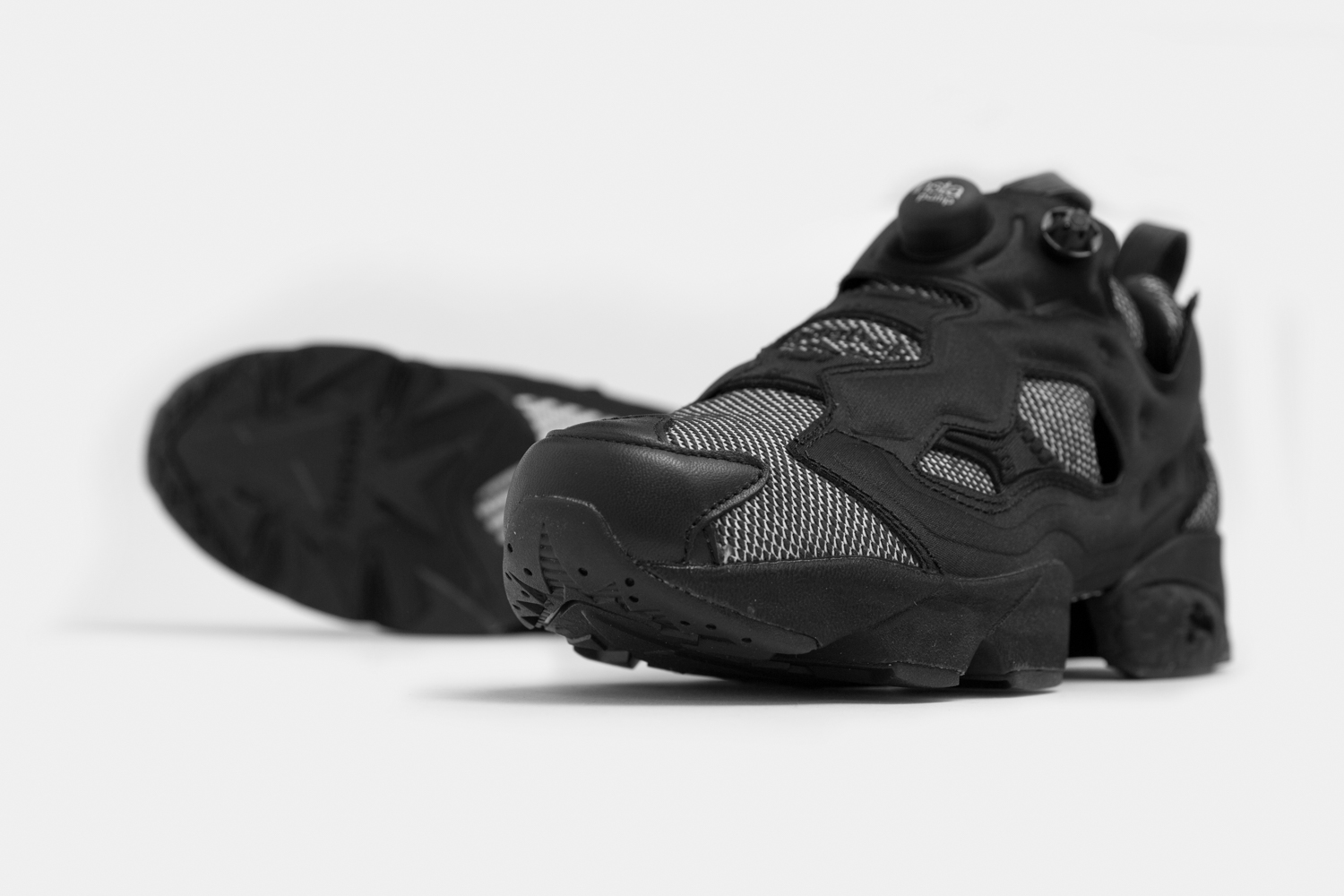 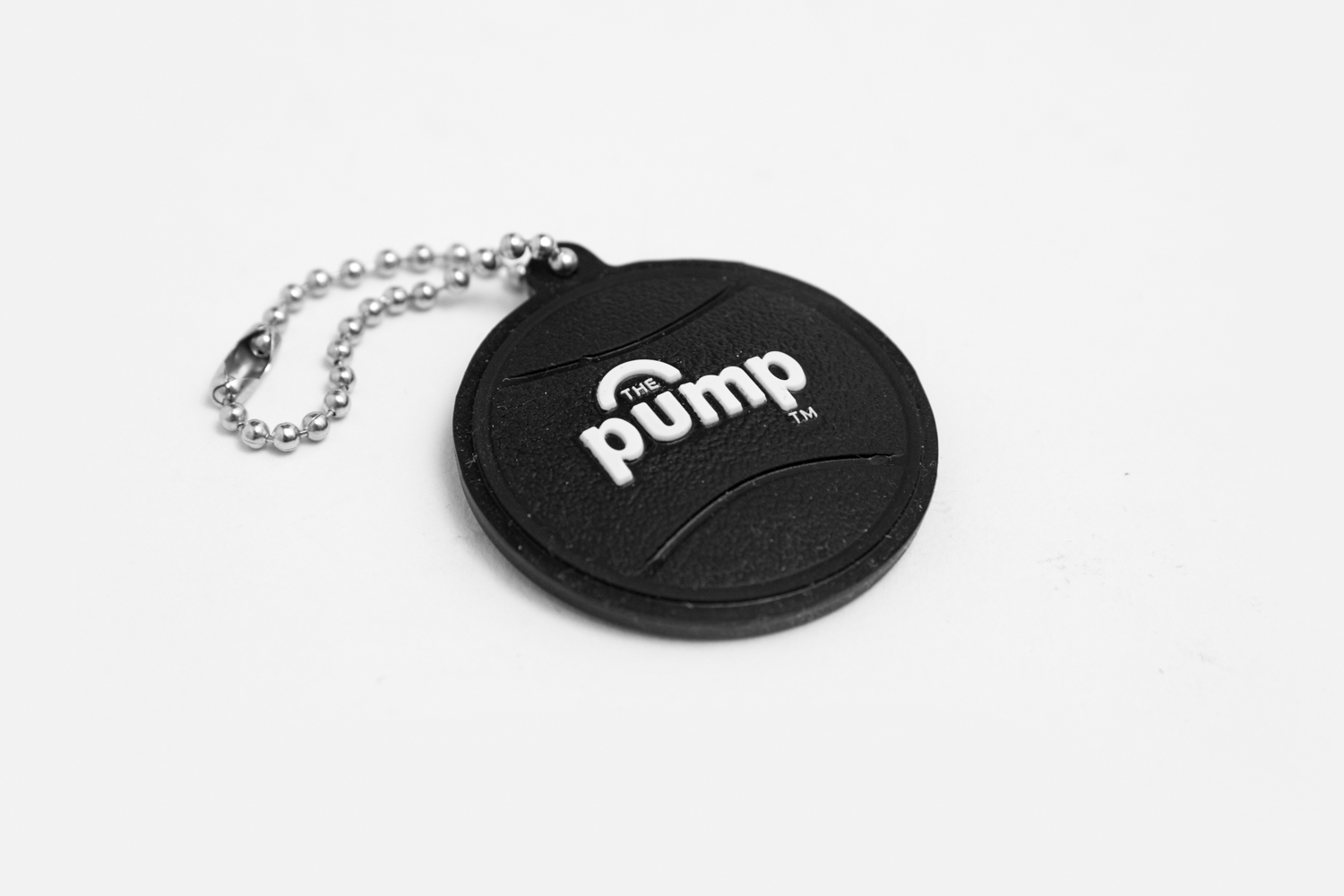 Smith cites that the significance behind the abstract split midsole was to help reduce the weight of the unit by a third, replacing the missing section with a thin layer of carbon fibre which would maintain support across the bottom of the foot.

In the latest stage in our continued partnership with Reebok, we’ve created two exclusive monochrome versions of the Insta Pump Fury, each perfectly opposing the others colourway. The main air bladders on each shoe are created in the same hardwearing material as the original 1994 release, with the embossed detailing casting sculptural shadows across the clean surface.

A bespoke, circular knitting technique was used to create the patterned weave on each underlay, giving a hazy texture which sits boldly alongside the rest of the flat, tonal elements of the shoe. The styling is finished off with leather accents on the mudguard and both tongue and heel pull-tabs.

Both colourways in the size? Exclusive Reebok Insta Pump Fury will be available online and in selected size? stores on Friday 29th April, priced at £125. 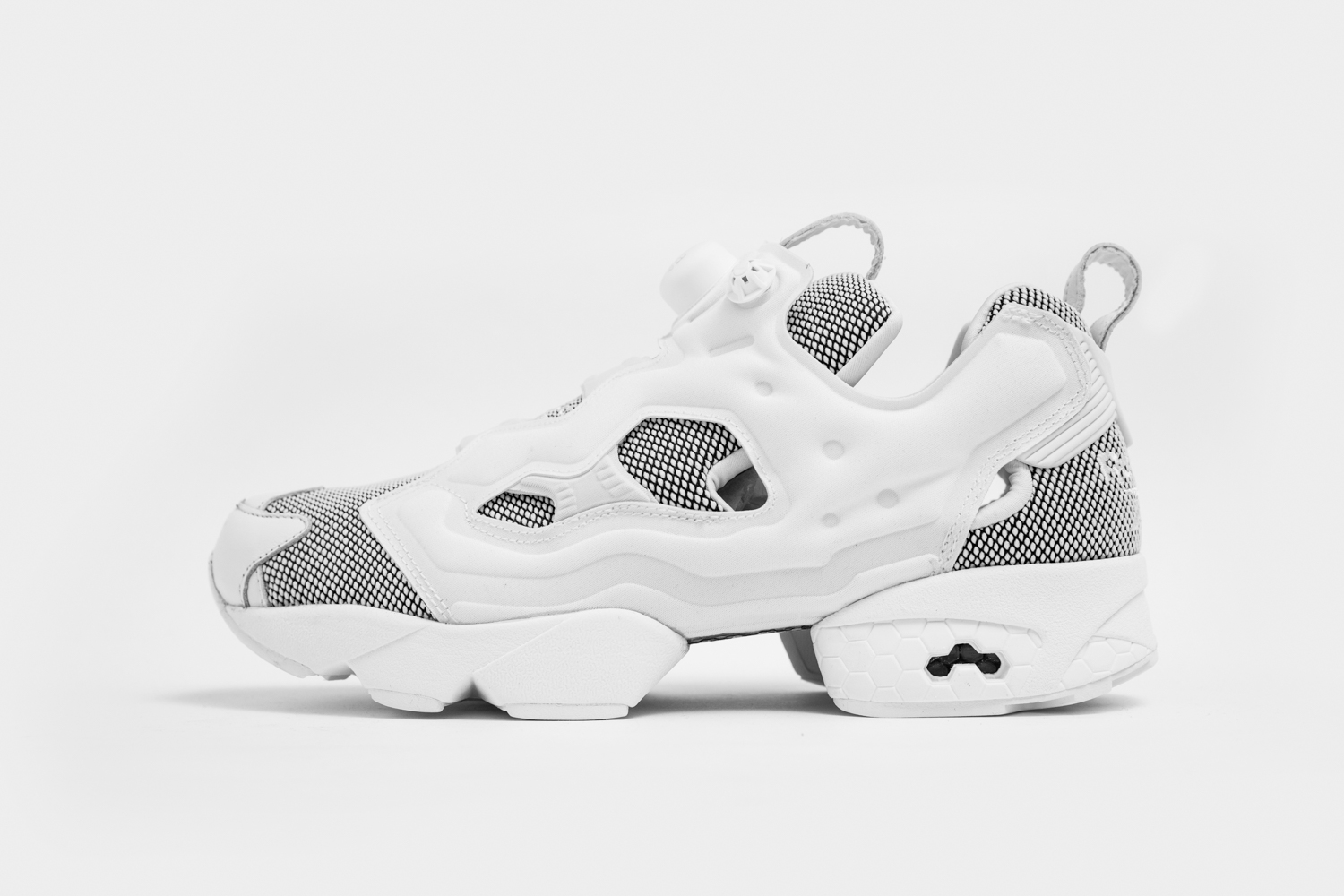 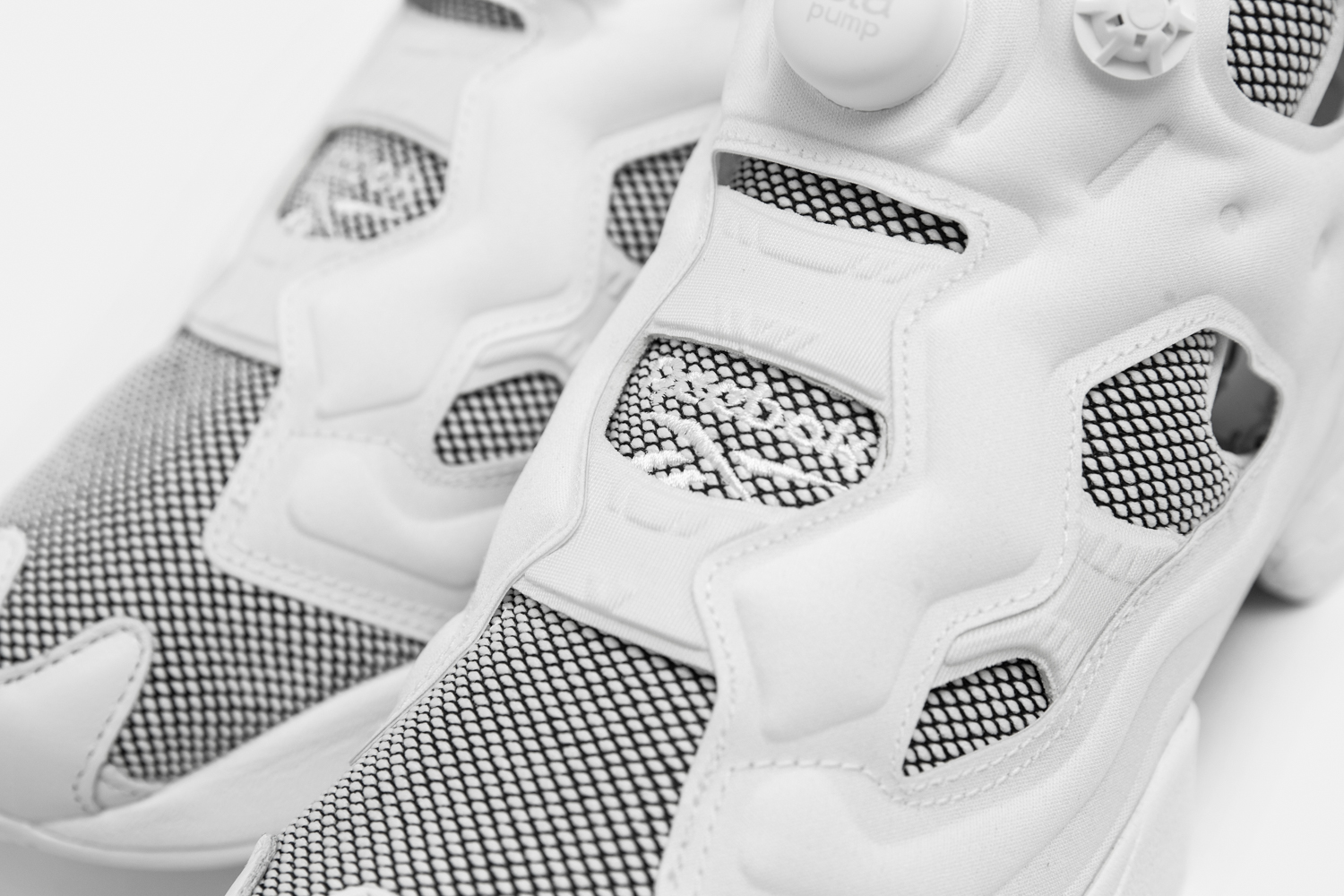 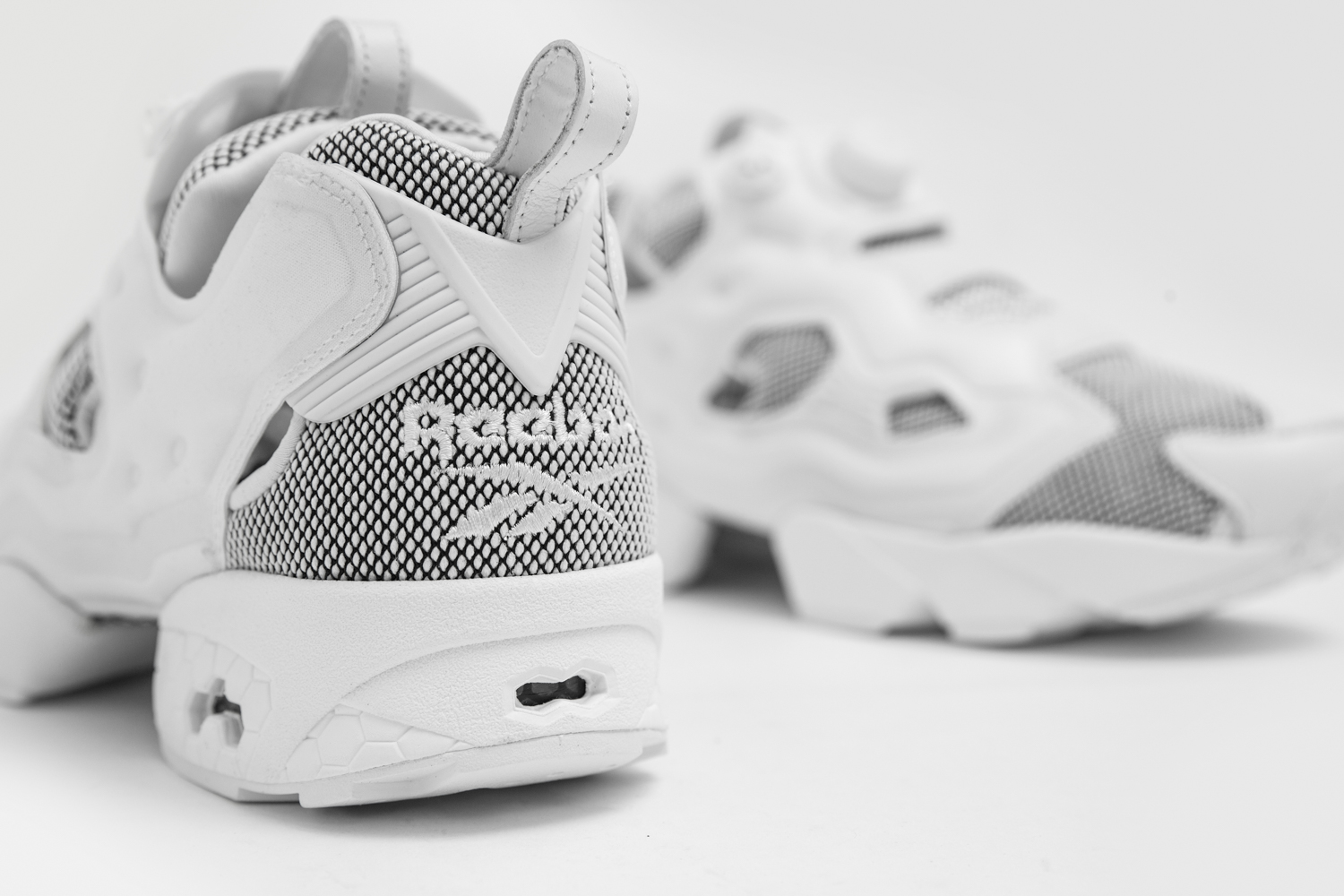