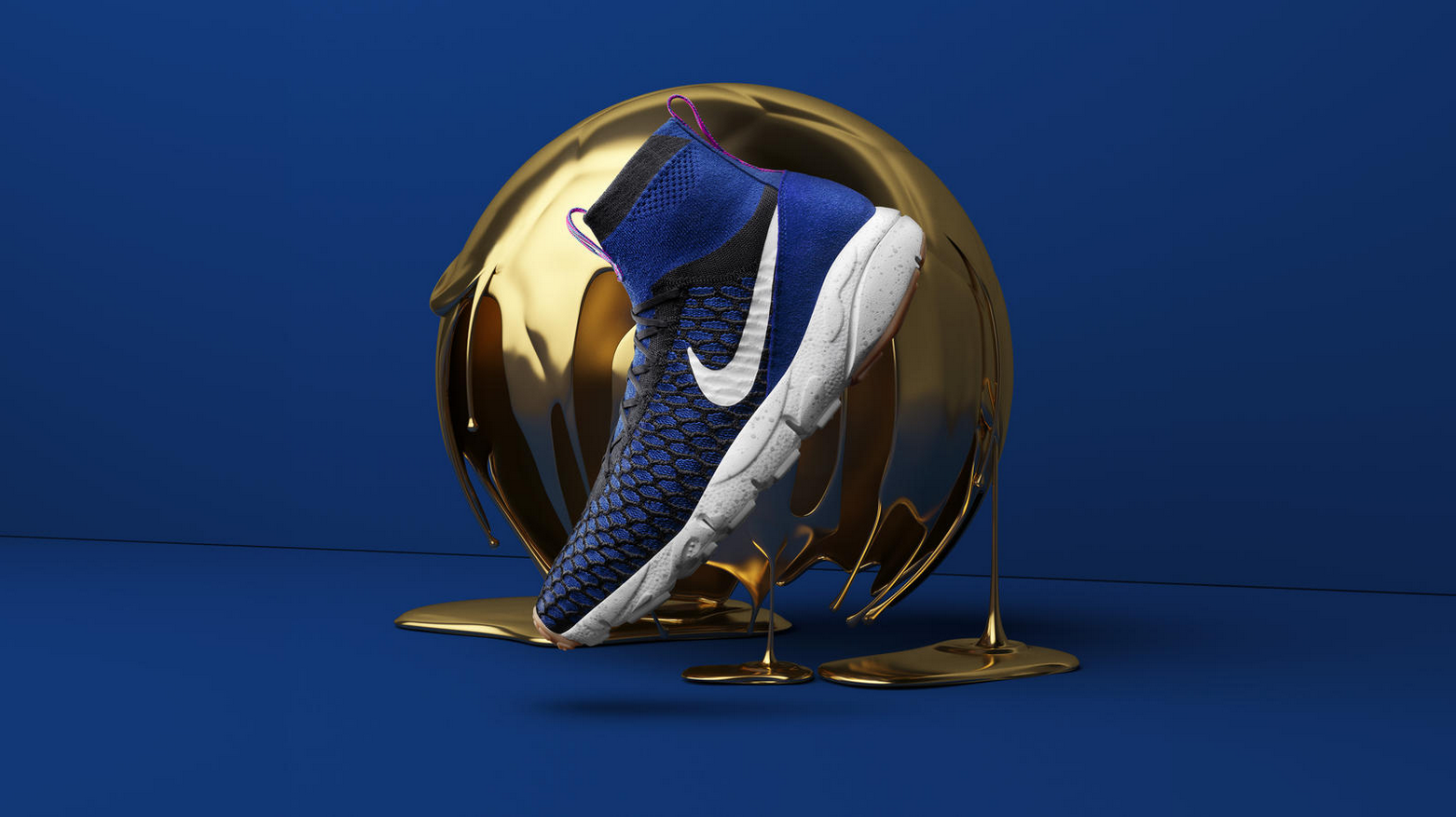 In preparation for 2016's summer of football activity, Nike have re-imagined some of their most successful boots from the field as a collection of retooled, street-ready options. The first style we'll be receiving from the collection is the Air Footscape Magista. An amalgamation that takes strands of DNA from 1995's eccentric Air Footscape and 2014's revolutionary Magista football boot, the resulting combination makes for a very interesting visual. The majority of the upper is constructed using Flyknit technology, with a slightly more raw-knit surface than the on-pitch version. Completing the overall shape is the Magista's noticeable ankle collar which made it a major topic of discussion between boot aficionado's upon it's arrival for the World Cup in 2014. The rear end is finished off with premium nubuck panels, embossed swoosh branding and red chevron detailing on the pull tabs. The midsole tooling on the Magista borrows it's form from the Footscape Motion, a developed version of the 90's obscurity of the same name. The Motion element of the name denotes the ridged grooves running along the forefoot, added to enhance movement and improve comfort. A lightly speckled midsole decoration sits alongside hit's of gum on the outsole panels, a very clean contrast to the deep navy gradient on the upper. Keep an eye on our social media channels for more information on when the Nike Air Footscape Magista will launch.