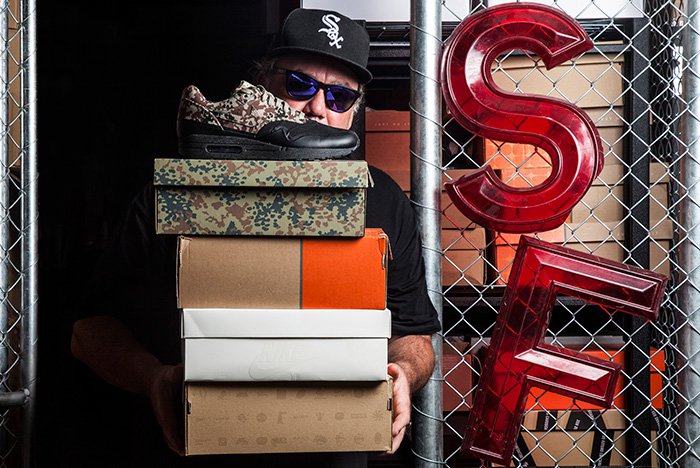 If you’re reading this article right now, then Woody needs no introduction. Across the years, the Sneaker Freaker founder and don dada has put together a huge collection of Air Max ranging from crumbling OG models to uber-rare collaboration releases, unreleased samples to fresh GR colourways. He’s always had a soft spot for the AM1, and it’s fitting for Nike to choose our bossman to represent the Air Max 1 as part of the Masters of Air celebrations for Air Max Day this March — he can talk all day on the subject! So take a seat, loosen your laces, and let’s go back, waaaaay back, to where it all started… In your opinion, what is it about the design of the Air Max 1 that has cemented itself as an icon? To me it’s all about that shape. The chunky heel with the air bag peeking through is just perfect. There’s a brilliant simplicity in Tinker’s Air Max 1 design, which slowly disappeared from the later Air Max editions as Nike ramped up the tech look, especially the 95 and beyond. The design has aged pretty gracefully too — it’s never had a dry period where it was out of step for any reason. From my own perspective, the 90 sometimes looks a bit too full-on, and the 95 is what it is, but the Air Max 1 is just right. Mature cats like me can appreciate that flex for sure. 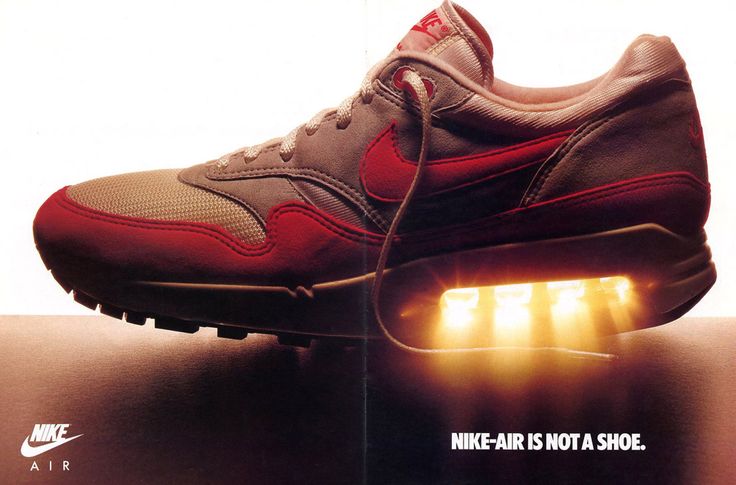 Aside from the performance roots of the shoe, sneaker culture embraced the AM1 after it was superseded. Why do you think people are just so crazy with this shoe? There’s no doubt the shoe is huge in Amsterdam, which partly explains why Patta and Parra are so associated with the model. Berlin is pretty crazy too. They’re both real strongholds for that street-level Air Max aesthetic, and that pretty much perpetuates the appeal across multiple generations. The simplicity of the design, as I just mentioned, makes it incredibly versatile. The Air Max 1 just handles colour-blocking with ease. It’s pretty much impossible to mess it up. And it looks good with all kinds of denim, whether it’s skinny-ass black jeans or rugged selvedge. And you know it’s perfect with shorts, especially camo. The AM1 is famously inspired by the Pompidou, what are some other interesting facts about the shoe you think people should know? The Pompidou reference is pretty cool, but I love the intrigue behind the very, very first edition from late-1986 which nerds like me call the ‘Big Bag’ Air Max 1. I’ve never seen a pair in real life, and there surely can’t be many left in the world now. For whatever reason, the bigger bag was vulnerable to cracking and Nike had to quickly re-engineer the midsole, which they did. Aside from that curiosity, I think the connection with the Beatles is interesting. The ‘Revolution’ TV campaign was a masterpiece in editing visuals to music that had a lot to do with MTV’s influence. Nike licensed the Beatles’ song Revolution for a reported $500,000 to sell the campaign. It’s hard to fathom by today’s standards, but using music by the Beatles to promote Nike was widely considered blasphemous in 1987 and the whole thing ended in a lawsuit, which was settled in secret. 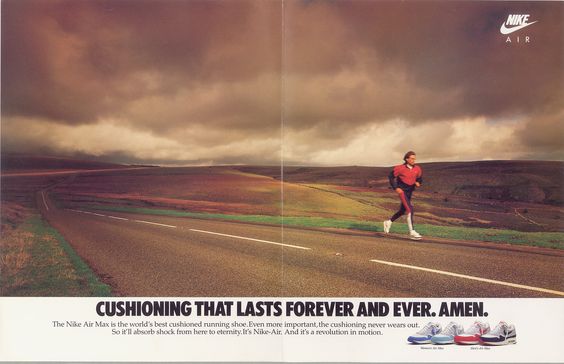 What are your earliest memories of the Air Max 1? My earliest Air Max memories are based in the local sports store where I grew up. I used to stare through the window at the shoes and bug out on the futuristic shapes. Sometimes I’d head into the city on the train and check out the spots and play pinball. We didn’t think about sneakers in the same way back then, there was no ‘retro’ style and the product offering was pretty minimal. And shoes were mad expensive so any purchase had to be carefully considered. It was all about performance models that were updated every year, so the evolution of style was a discernable characteristic. All these amazing shoes were incredibly desirable but they were out of reach, even if I could see them through the windows. Atmos really paved the way for the resurgence of the Air Max 1 back with their ultra limited colab editions. How difficult was it getting hold of those shoes back then, let alone finding out information about releases before eBay, proxies and even Sneaker Freaker! It was always difficult tracking down shoes in that early period, which was pre-internet and pre-social media. But it was arguably more fun, because you had to travel. All the Atmos Air Max have been massively popular. I bought my Safari pair in London. I walked into a store in Covent Garden and they had one pair in a 10.5, which was too tight to mention, but I’ve managed to cope over the years by taking the inner soles out and ignoring the pain. London was always worth a visit back then, especially to Meteor and Sports & Things. New York was better for sheer variety, but Tokyo was always my number one spot. Harajuku was popping like crazy for sneakers back at the start of the 2000s. You would walk down all the small streets and there were a few legit spots alongside a dozen reseller stores with shrink-wrapped shoes stacked floor to ceiling. It was fizzing with sneaker heat! Is there a particular release that stands out as a favourite? I think the Atmos Safari is an all-time classic and it’s pretty cool that they’ve been re-upped this year. The colour selection on that shoe is just perfection. The Viotech edition is bananas as well. The Kid Robots are another classic, unfortunately they’re not in my collection. The mix of pink, black and mustard was pretty ambitious but it worked. Prices on those are crazy and to be honest, they virtually qualify as vintage these days, so young’uns probably don’t even remember them, but they were fresh. There’s so many, I don’t know whether I have space to name-check them all. The Powerwall series, Urawa Reds, the Curry, all the OG colours and the Elephants — so many hits! 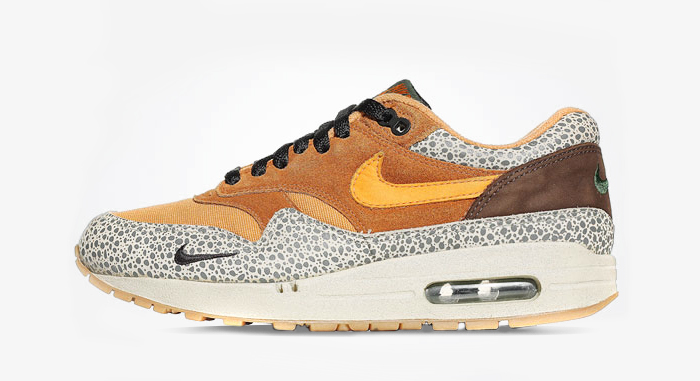 Air Max has been reinvented time and again over the years, with new materials and construction methods. Is there a particular variation that you like the most? You know, it’s easy to sit here are reel off a few classics, but I like to explore the weirder side and find unexpected gems. I’m quite partial to TNs, I love the Air Max2 and Air Max2 Light, even if they’re so old they’re not wearable. But in more recent times, I fell pretty hard for the Air Max 2013, I was all over the red-on-reds. That full-length air bag is a work of art. I busted out a few pairs on Nike iD as well – all-turquoise and all-beige – that I thought were pretty sweet. No diss to the 2014, but I thought the 2015 edition was another home-run. The Infrared pair with the tech mesh was blinding. It’s good to step out in some oddball stuff every now and then just to keep people on their toes. If you had the opportunity to create a Sneaker Freaker x Nike Air Max 1, what would you do and how would it look like? Oh, man. How would I even start to answer this let alone put it down on paper. I would agonise over every single detail. I think that… it would look unlike anything that ever existed before in the history of Air Max. How’s that? Lastly, which pair will you be wearing to celebrate Air Max Day this year? I’m gonna wait and see, do a quick BOM weather check, think about my ensemble then probably just say fuck it and wear my Atmos Safari. Or maybe the Berlin Max 1s? Decisions, decisions!