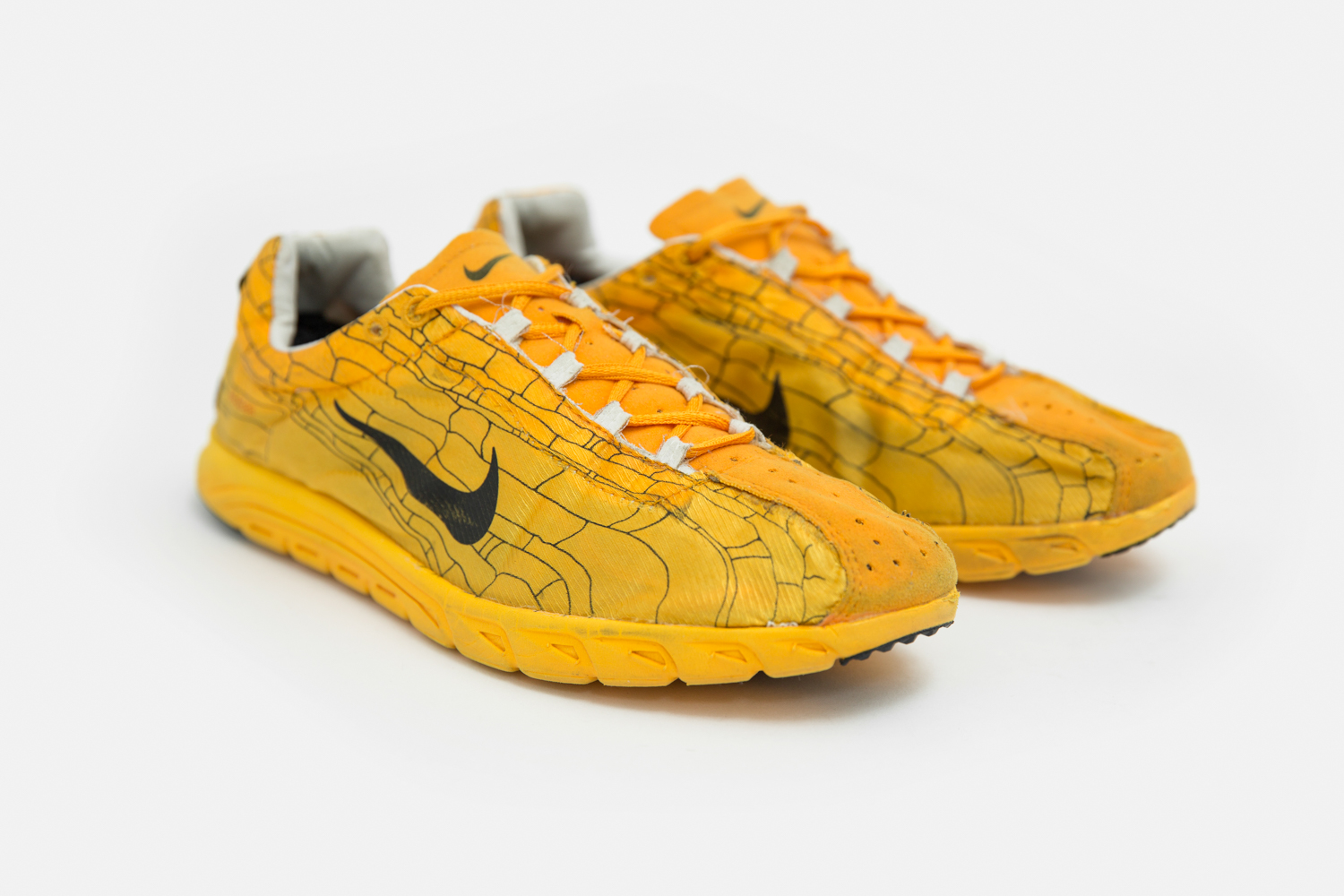 Footwear concepts have taken inspiration from a multitude of subjects over the years, from the chickens feet that influenced New Balances revolutionary arch support system, to the Air Jordan XIII's Panther inspired outsole. Not many products though can openly say they’re designed with a limited lifespan akin to that of an airborne, aquatic insect. The Nike Mayfly is that shoe. 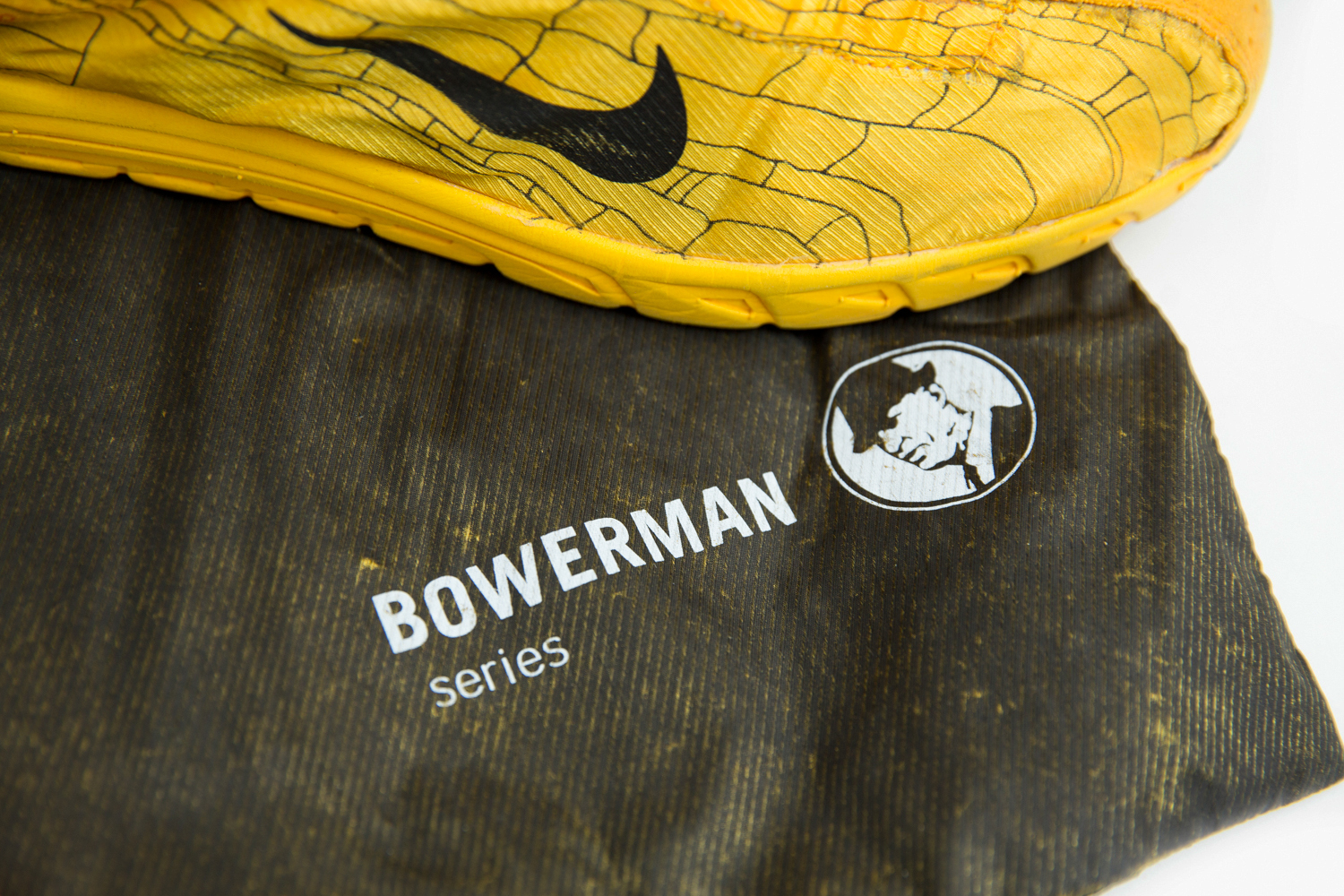 Created back in 2003, the Mayfly was designed purely as a race day shoe, with the aim of lasting you out for 100km of intense pavement pounding before its life would end, much like it's aerial counterpart which is born, breeds, and dies all within a 24 hour period. The patterned detailing on the upper continues the running theme of the 'One Day Fly', reflecting the textured membrane that makes up it's wing, also accentuated by the Parachute Nylon material used for the main skin. 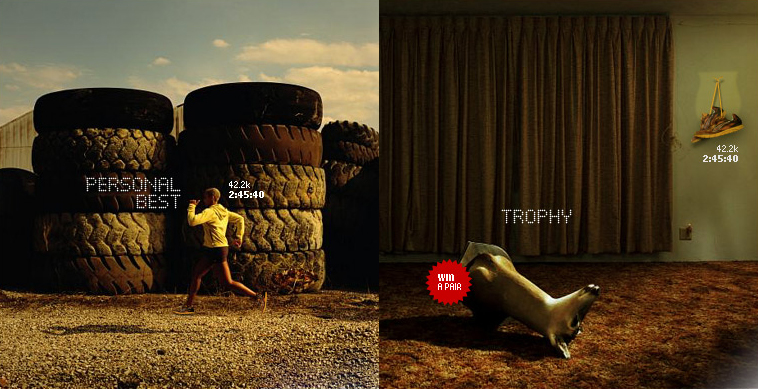 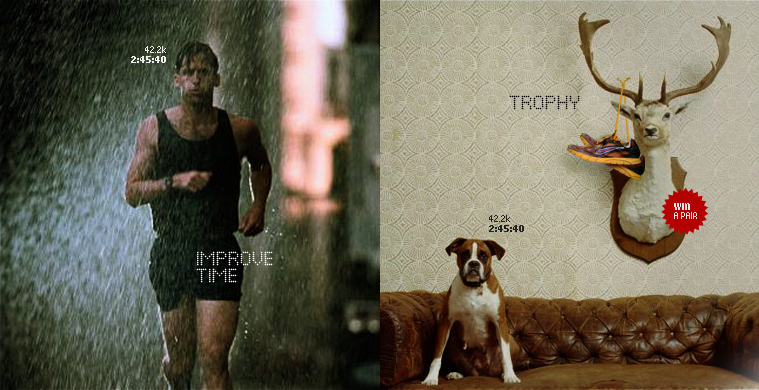 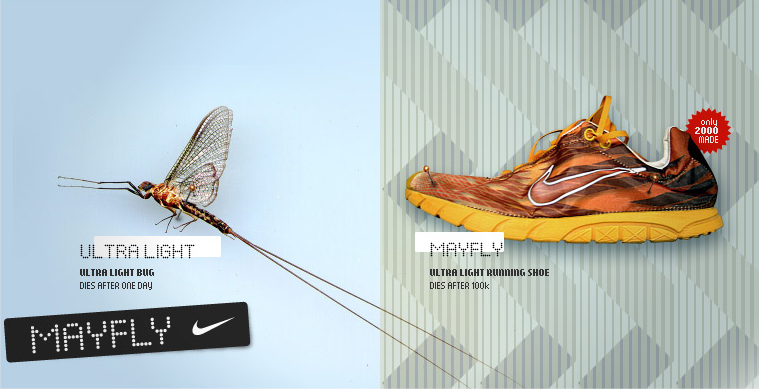 Initial prototype versions of the shoe are said to have been mocked up with materials found on FedEx postal packaging, designed to retain a certain level of strength and stay waterproof to a degree. The final shoe is incredibly light, weighing in at just 135 grams. Constructed out of a one layer, single piece nylon that forms the upper, separate suede sections created the toebox area which then extended upwards to shape the tongue. Nylon looped eyestays helped to pull the shoe together when laced up to ensure it stayed on your foot during an intense race. During the research and development stage, Long and Middle distance runners Paula Radcliffe and Sonia O'Sullivan were drafted in to assist with testing, and the aesthetic elements of the shoe are definitely akin to the kinds of track spikes the ladies would wear on the indoor circuit. The midsole is created out of injection moulded Phylon, a super lightweight material which also finds itself in the tooling of the Air Presto and Sock Dart. It's featherweight properties go hand in hand with the checklist of neccessities considered when building this minimal marathoner. 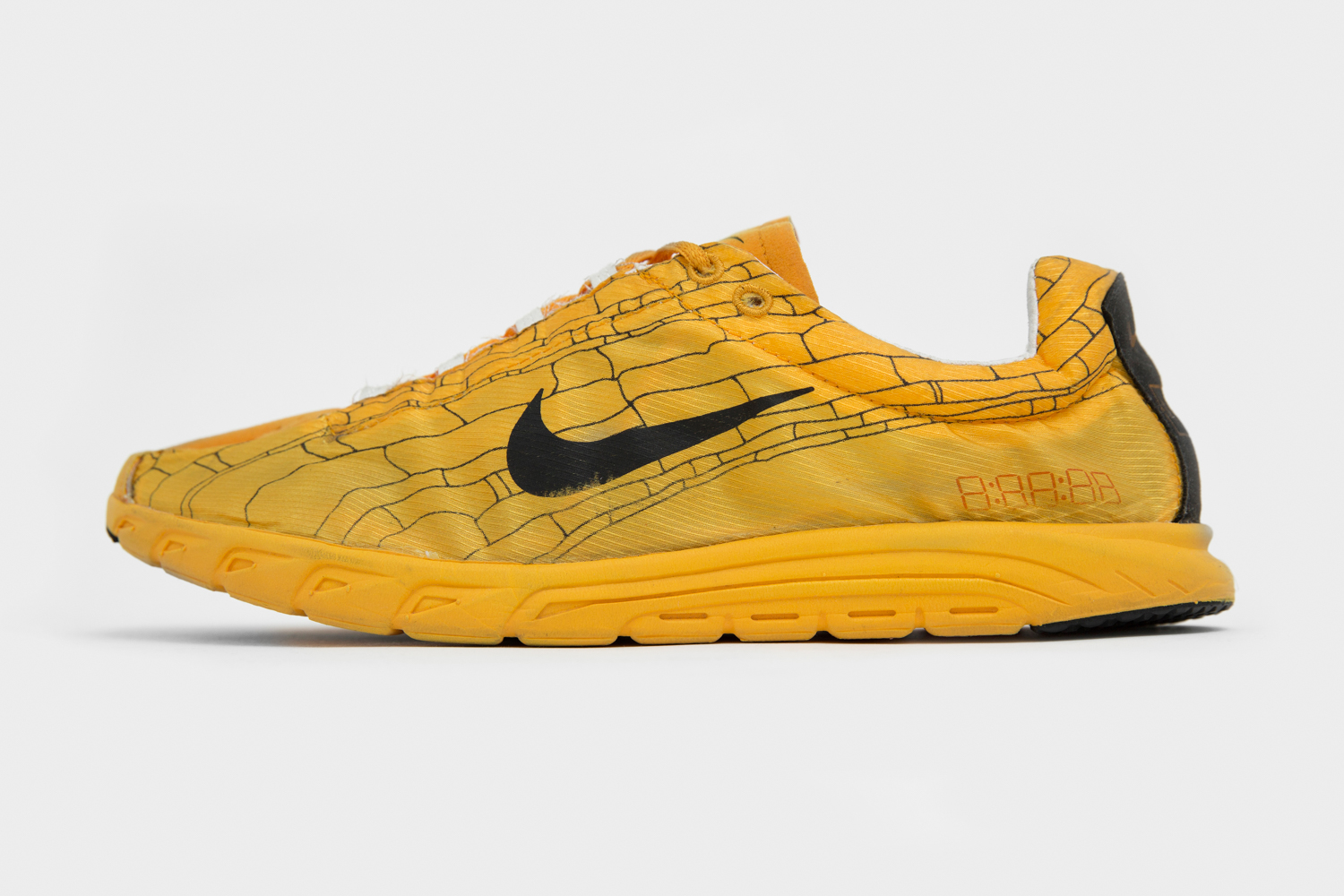 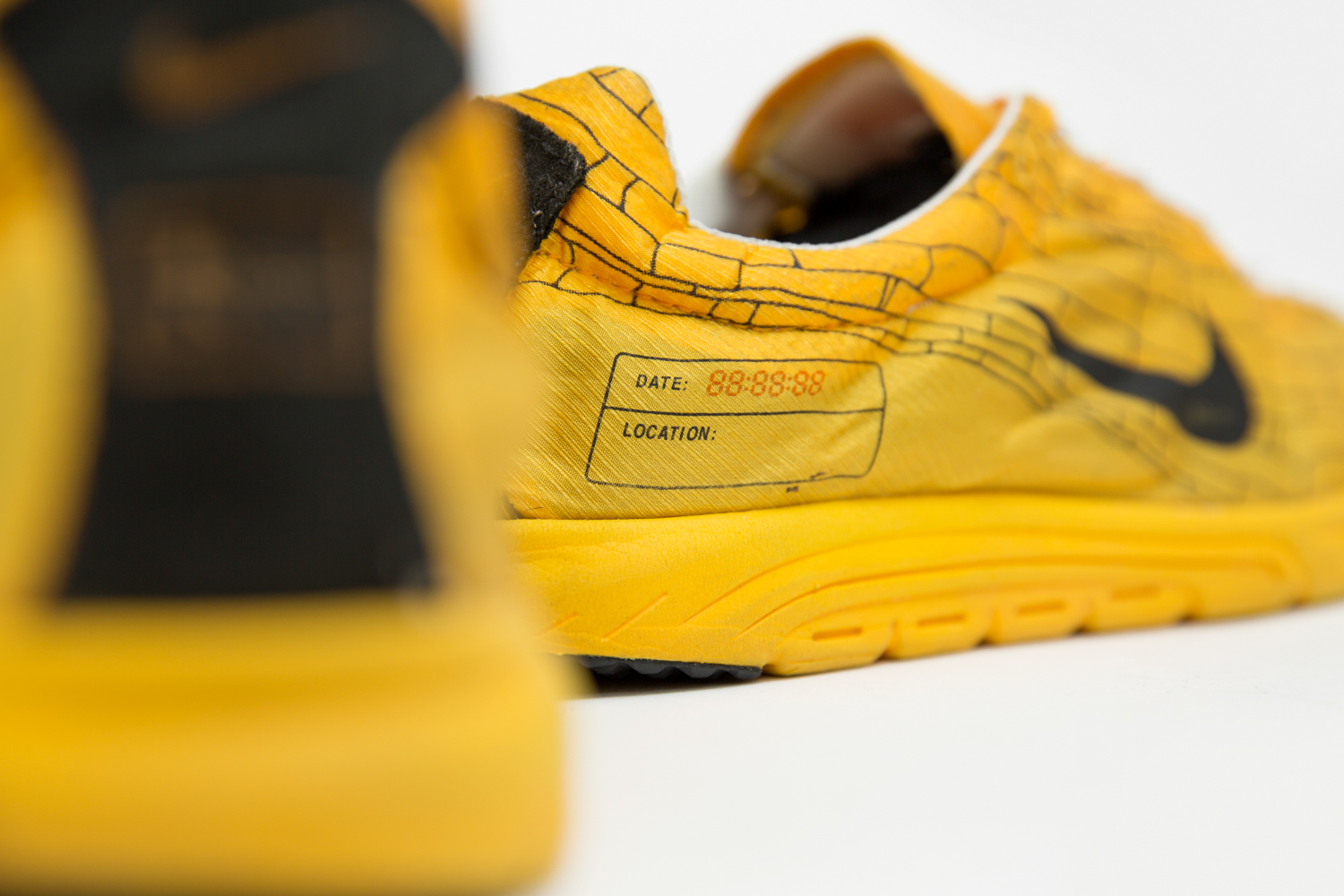 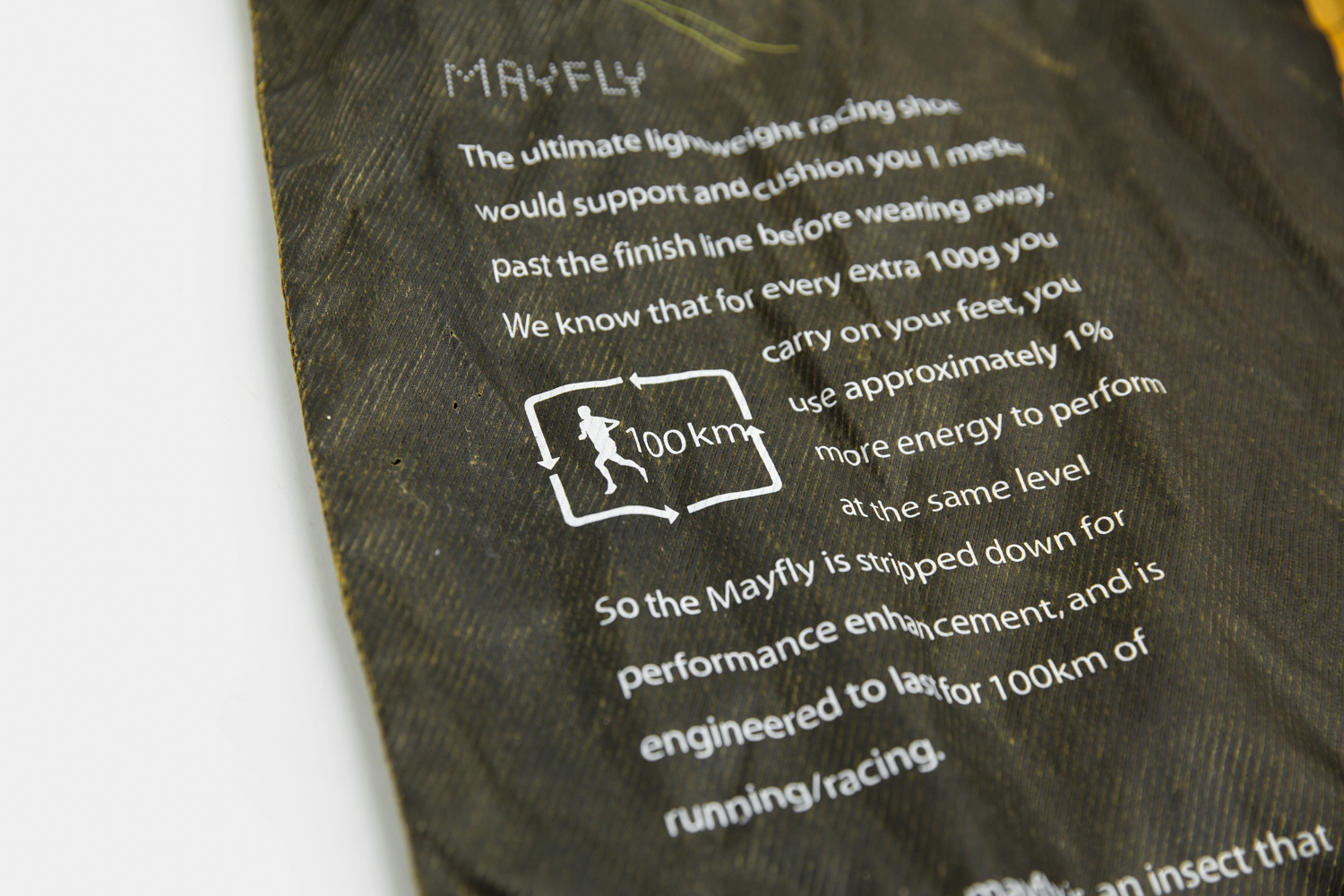 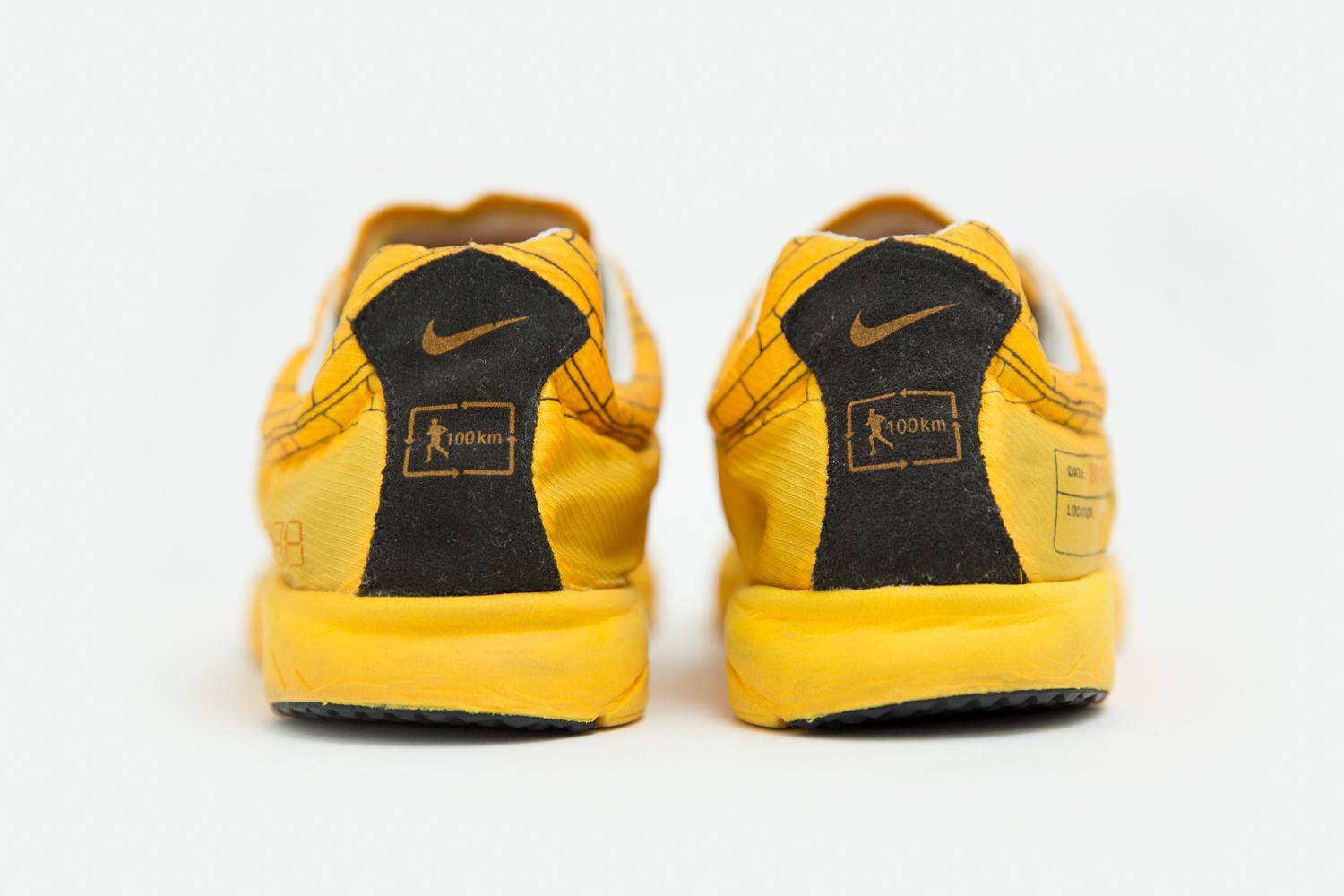 The slanted shoe box, although aesthetically pleasing as it is, looks like an absolute nightmare for those particular about their storage! After the lifespan of the shoes had come to an end, Nike encouraged runners to pack their shoes up and mail them back to HQ to be recycled using the impressive Grind program, an initiative created to turn used shoes into a new medium which can be used to create surfaces for outdoor basketball courts and running tracks, vastly reducing waste product globally. Once the shoes reached retirement condition, Nike printed graphics on the upper to allow you to write the location of the race and the time you ran it in to showcase your performance. 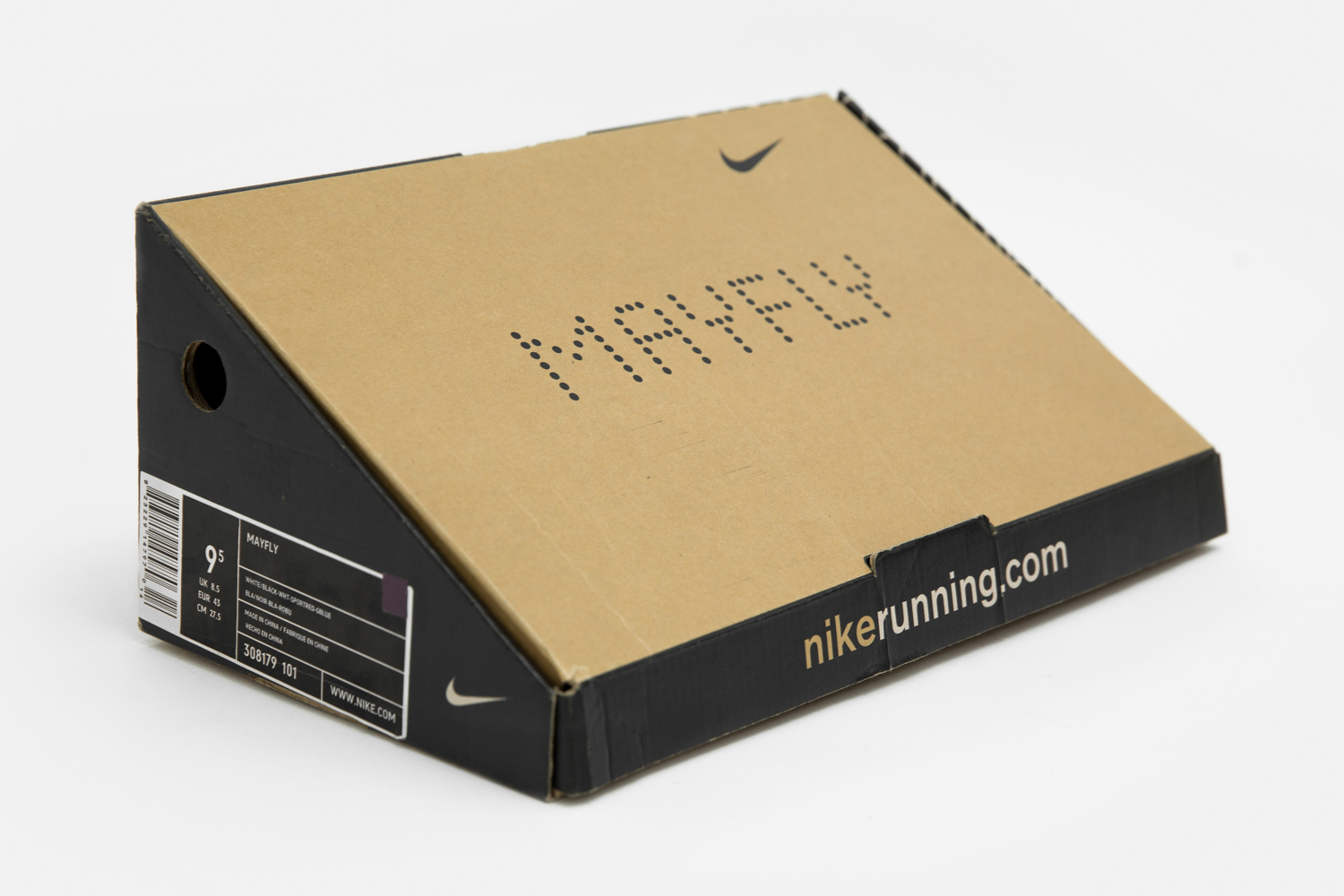 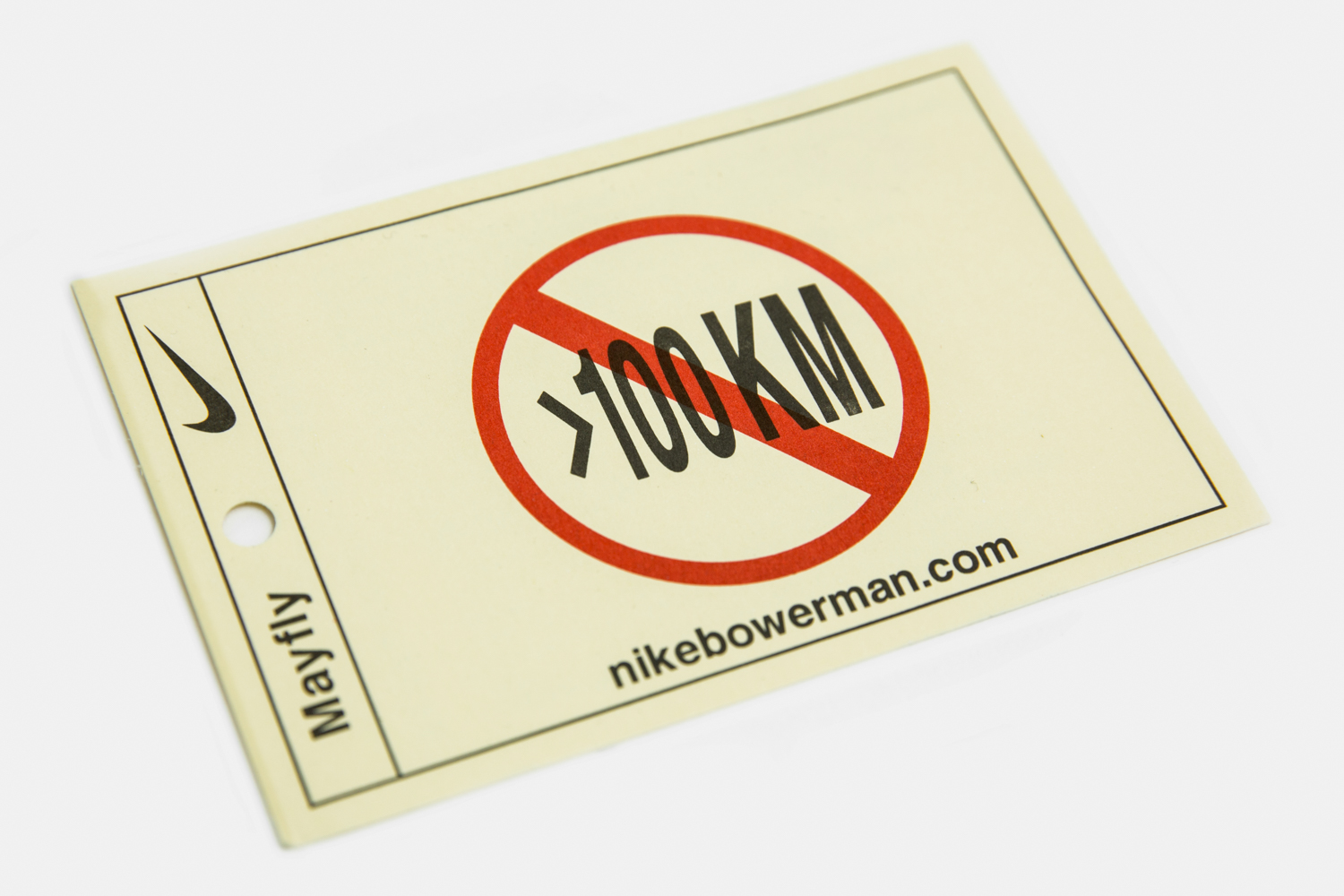 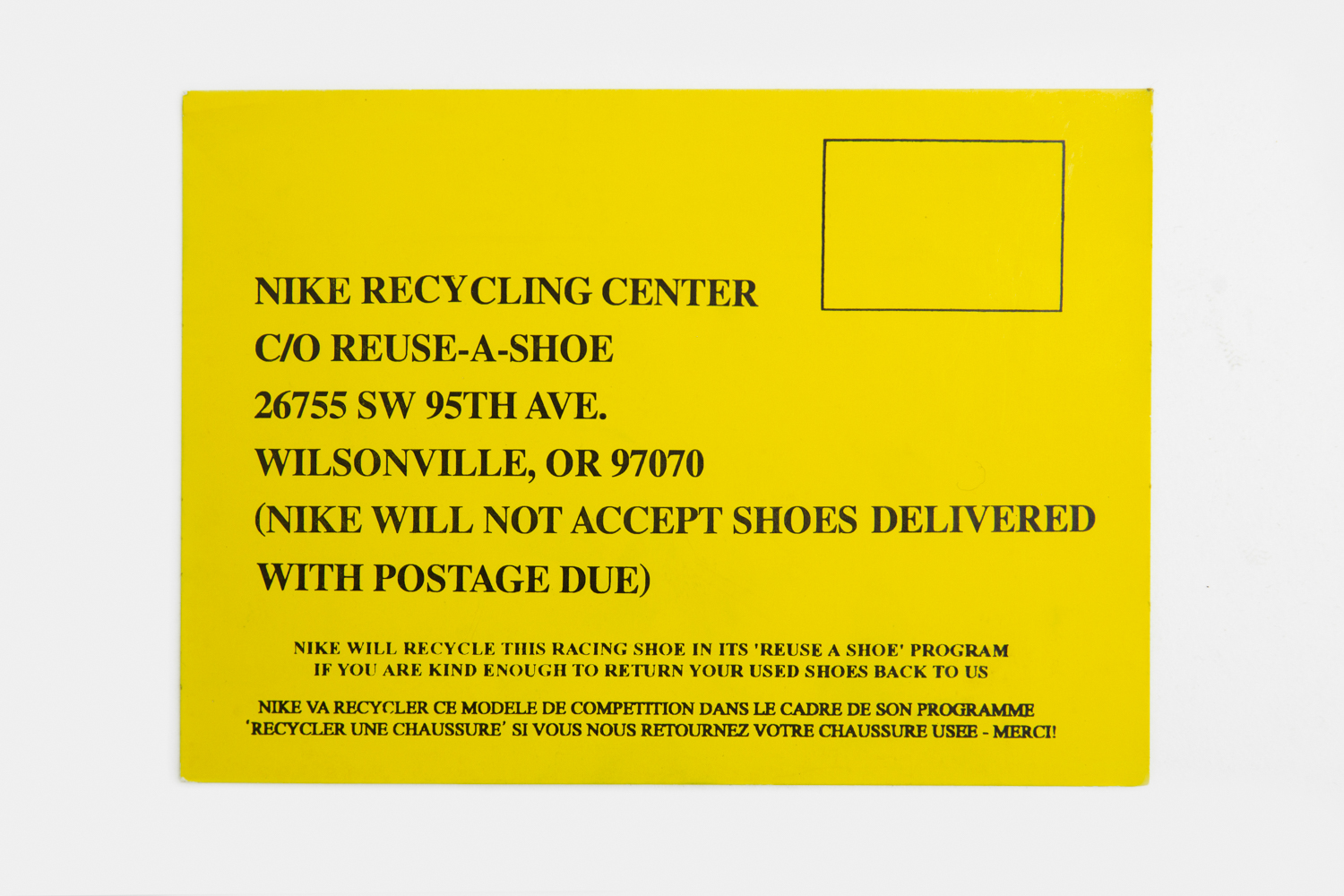 While the original rendition will always be a favourite among aficionado's of Nike's more obscure output, alternate versions have since been created which have placed the Mayfly into the hands of the lifestyle crowd. Firstly, graphic applications were plastered across the upper rather than the classic linear wingprint from the original yellow & black, these included a full Union Jack print, Red Tartan, artist editions with Art Toy manufacturer Bearbrick , and an extremely limited Geoff Hollister Running Club sample paying tribute to one of Nike's original employees who started off at the company back in 1972. 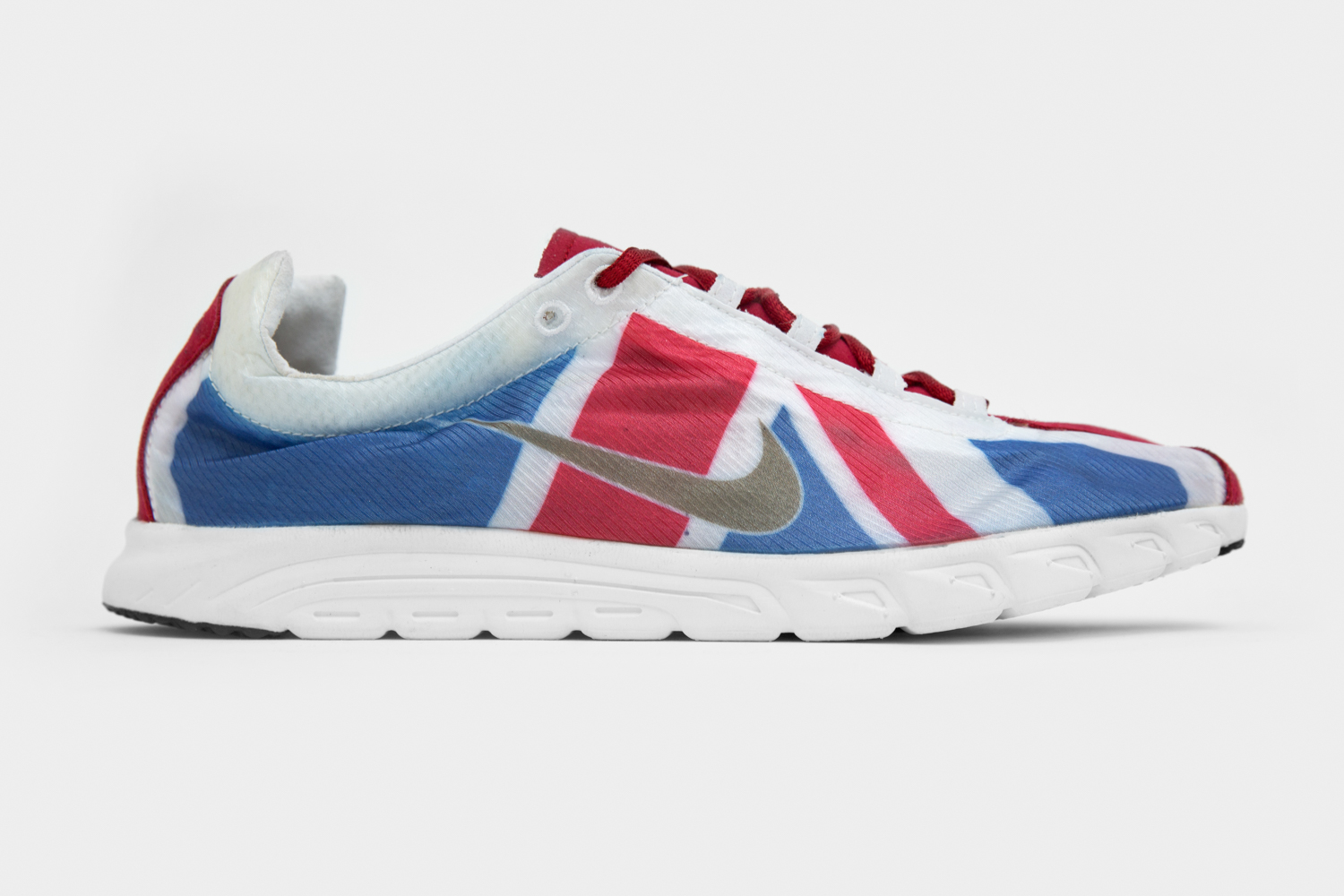 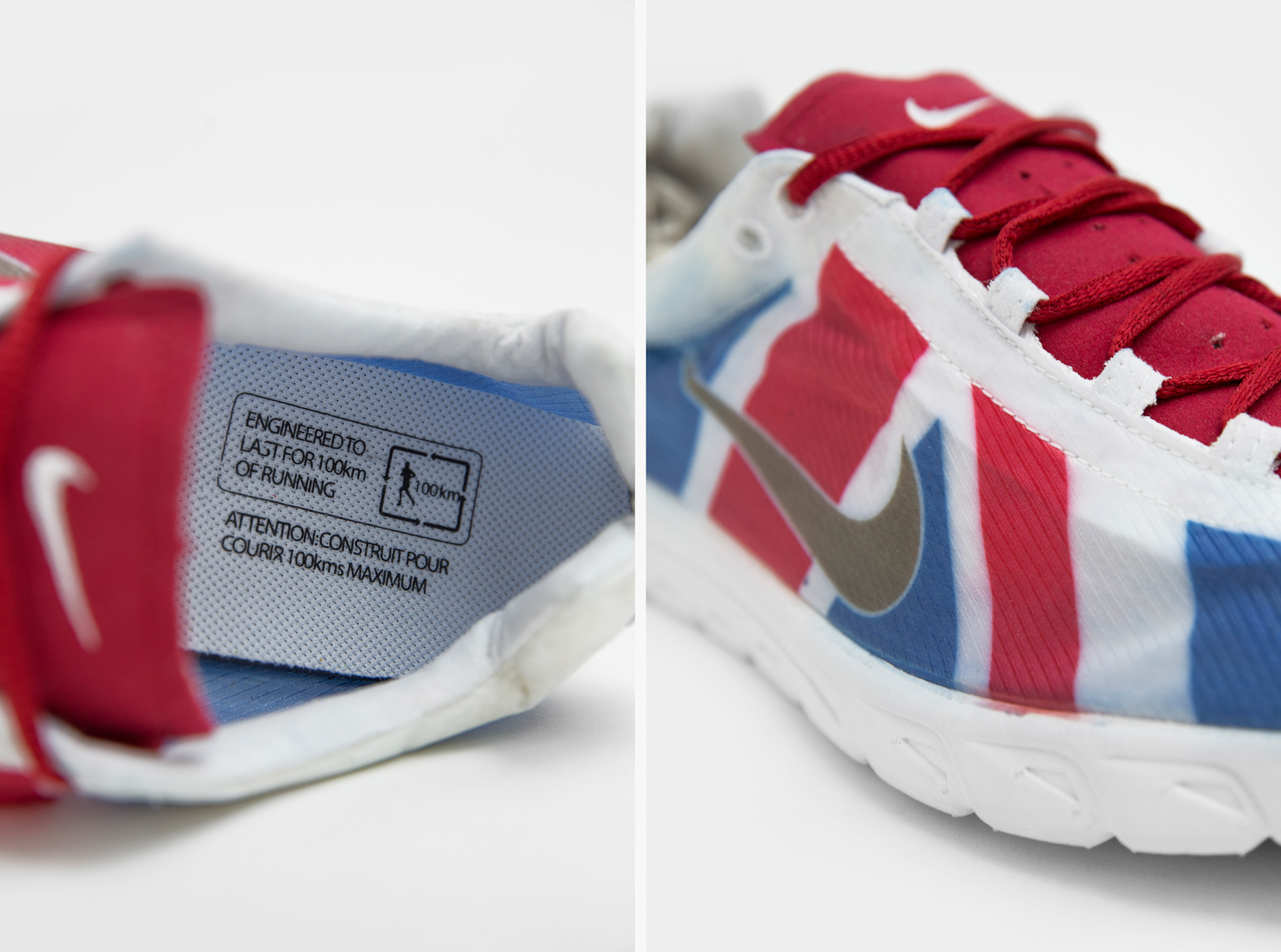 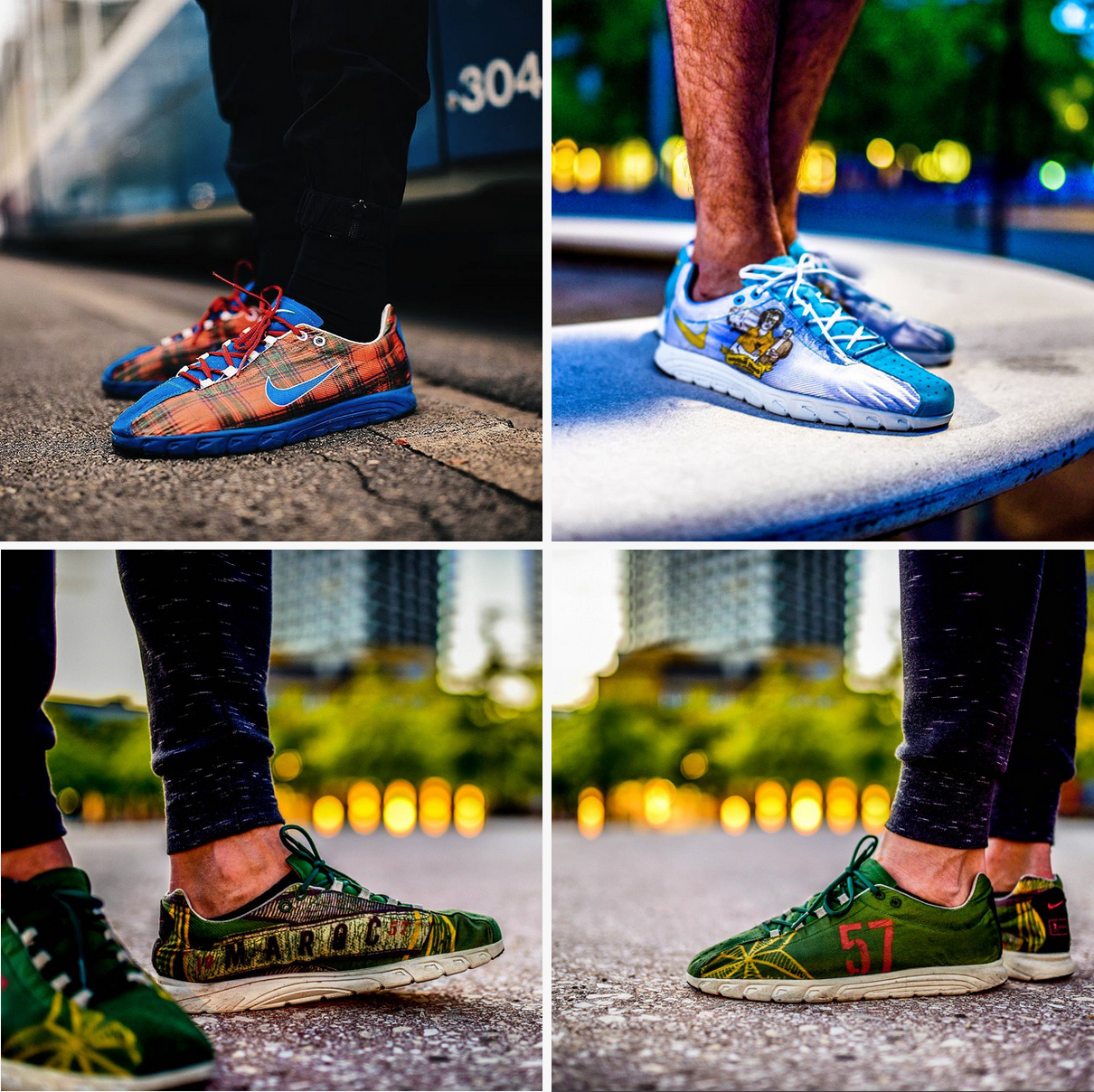 (On foot imagery via Needlehorse and Team Mayfly) Nike Mayfly NSW (2012) The next memorable rendition came in the form of a limited NSW collection in 2012. This release saw two tonal versions created (one black and the other a mint green) both of which were given a premium treatment made with a combination of soft nubuck and tan leather that sat inside the shoe on the sockliner and insoles. The graphic output on this upper was lightly lasered into the nubuck in the original membrane graphic, and the NSW and Nike Swoosh branding were debossed into the supple medium. 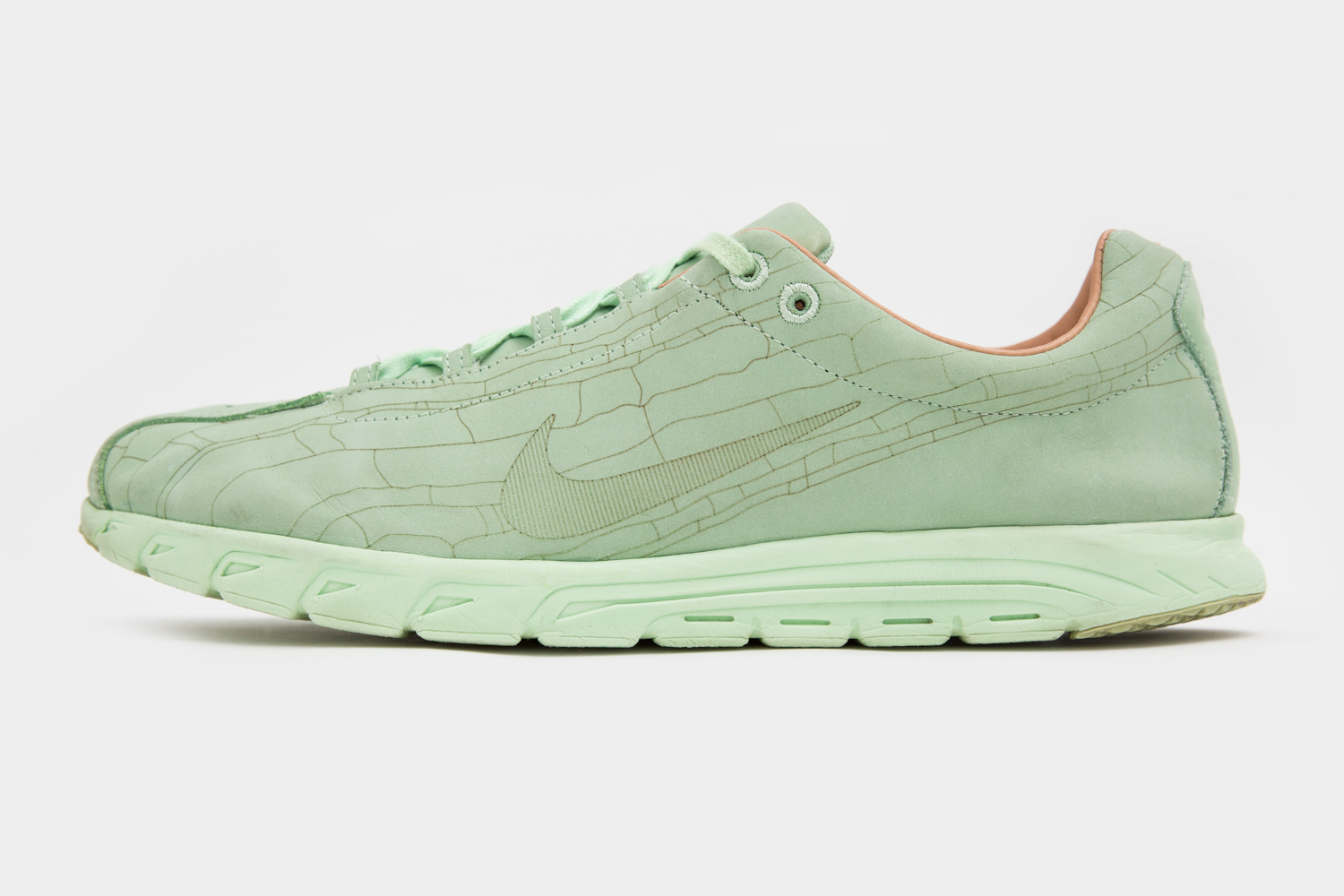 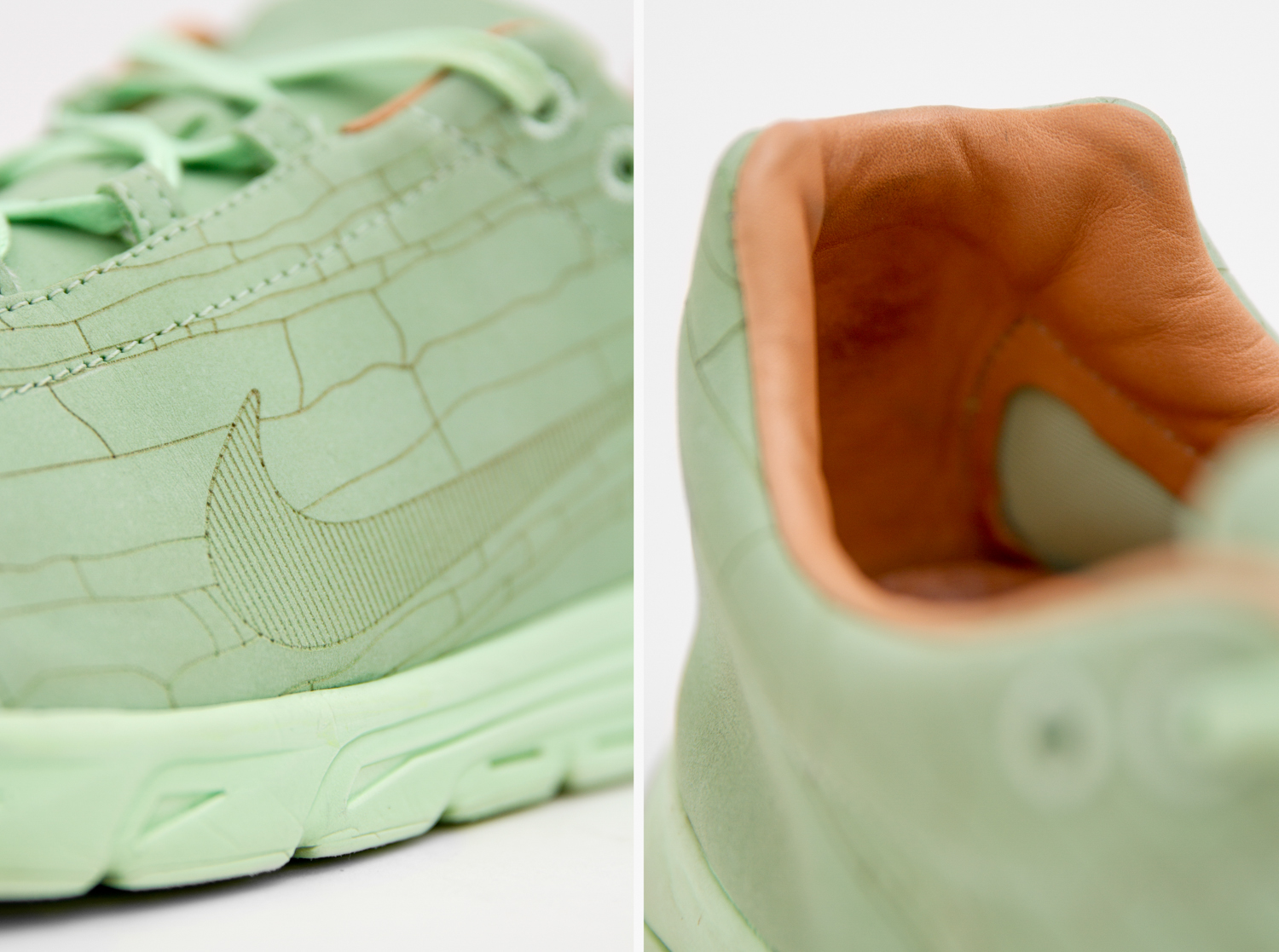 Nike Mayfly Woven (2013) Although arriving 10 years after the original, one of the most celebrated versions of the Mayfly is 2013's Woven edition. With a choice of gold, navy or black, the swoosh branding was completely removed from the side and replaced with an extremely technical handwoven decoration around the entire length of of the upper. Upgrading it's original parachute nylon with a premium suede makeover and leather detailing on the rear panel and sockliner really took the final finish up a notch. For those who missed out on these original versions, new colourways have been slated for release this year so be sure to keep an eye out for their arrival. 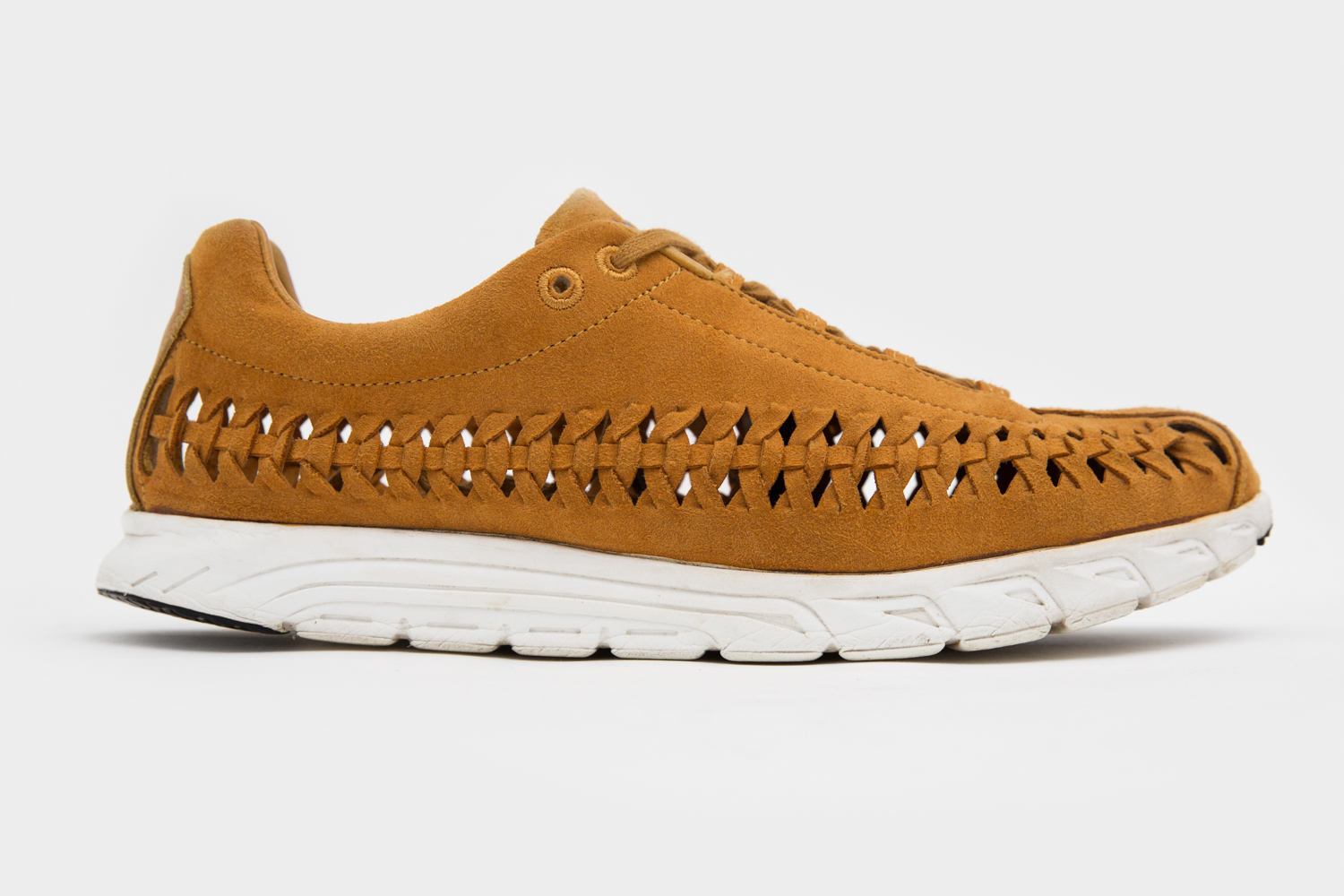 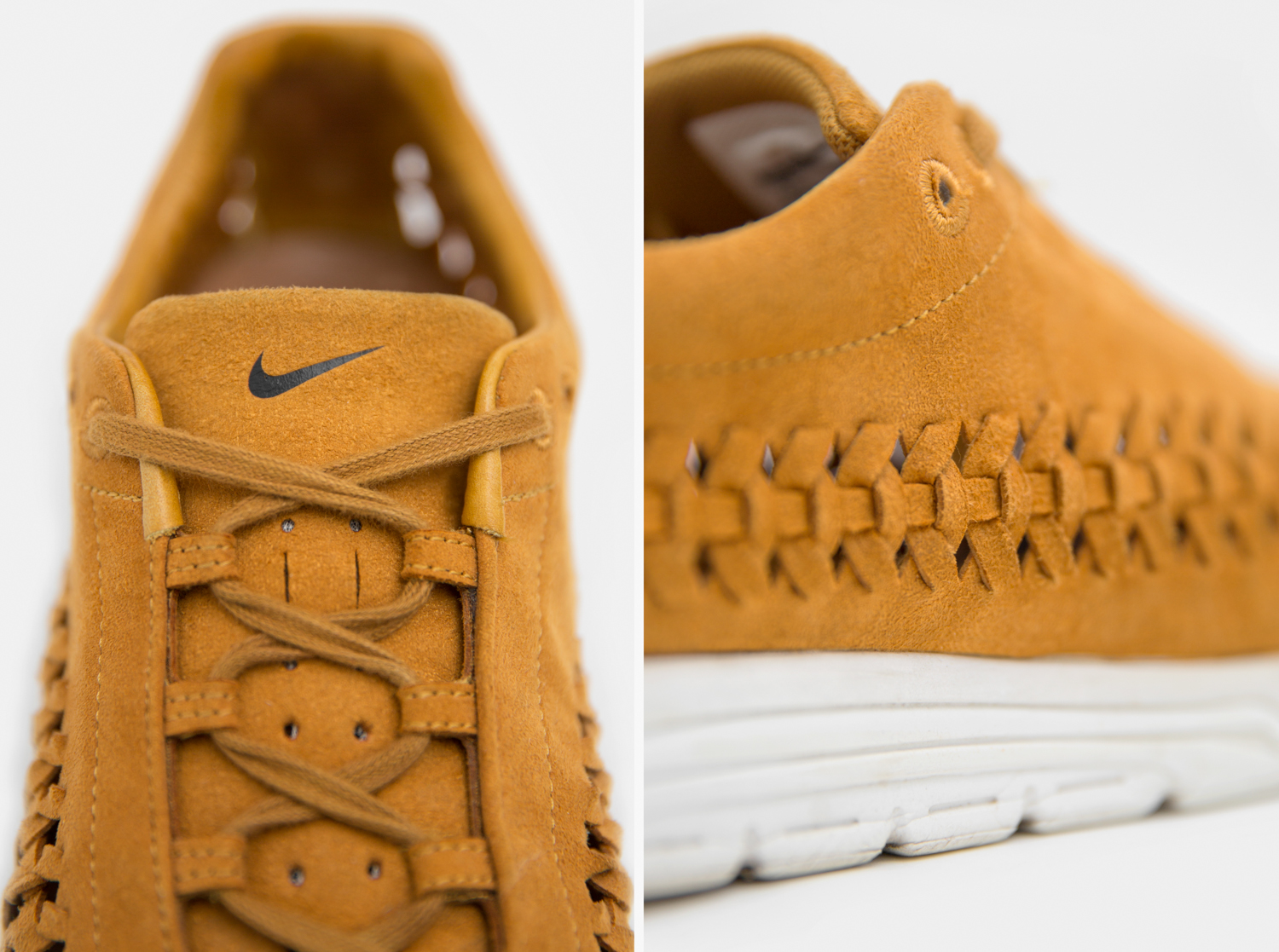