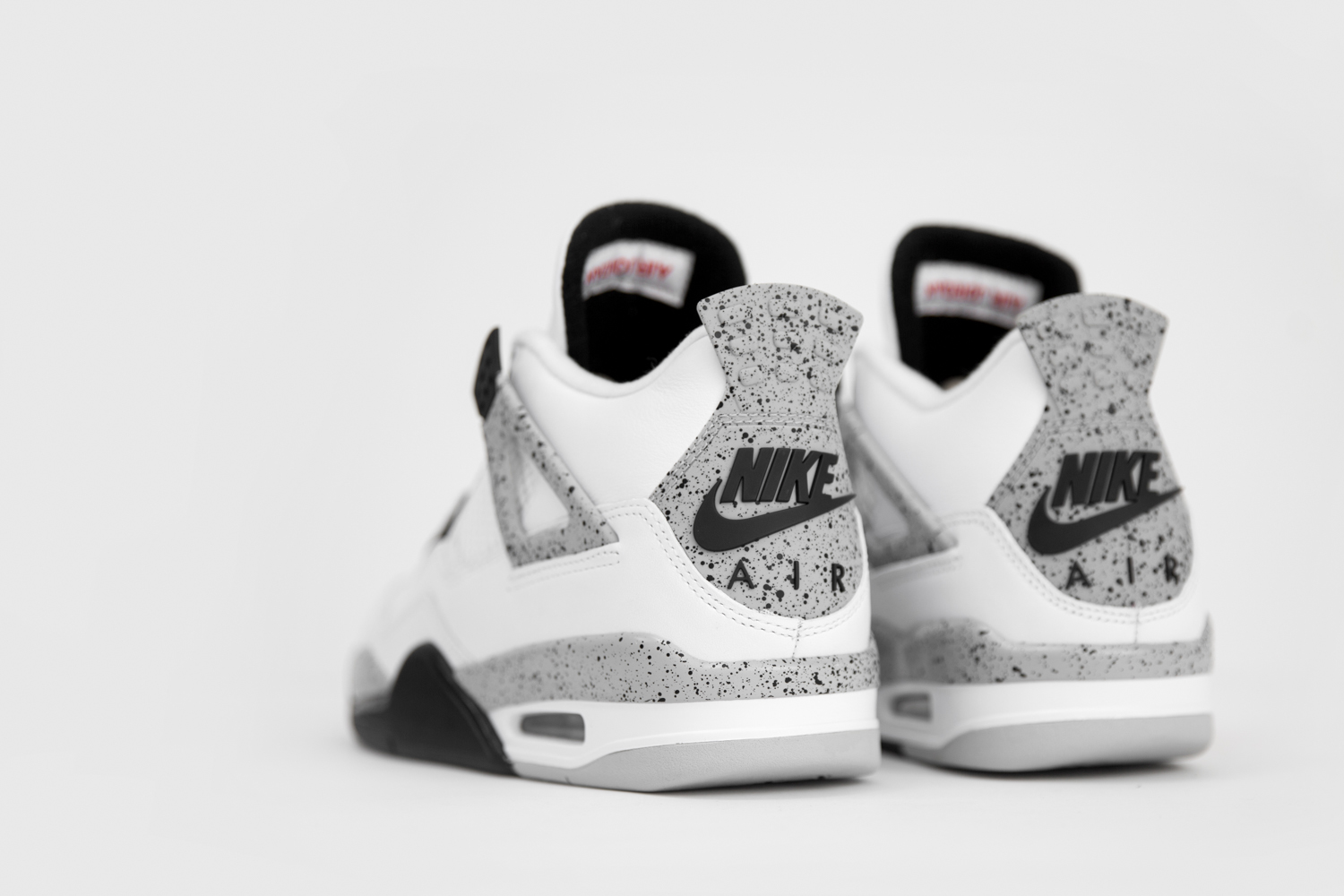 After 16 years out of the limelight, Jordan Brand have finally reunited the Air Jordan IV with its iconic 'Nike Air' insignia on the heel tab. The first classic colourway of the IV to adopt this throwback edition is the White/Cement Grey.

We last saw this colour-up release back in 2012 with the Jumpman branding on the reverse along with its kin the Black/Red, White/Fire Red and Military Blue.  For years, fans have been crying out for the return of those seven letters and a Swoosh to create a truly authentic rendition of the 1989 classic. We were teased with something special in 2013 with the release of the White/Cement Grey Jordan 3 'Retro 88', which was definitely a sure sign of the way things would be heading on future releases.

The Cement Grey element on this release is much closer to that of the original colourway, with recent retro's being ever so slightly darker, and with less black speckling on the plastic panelling.  Also on the outsole, the Nike logo is now present in place of the Jumpman, again another nice detail paying homage to the original. 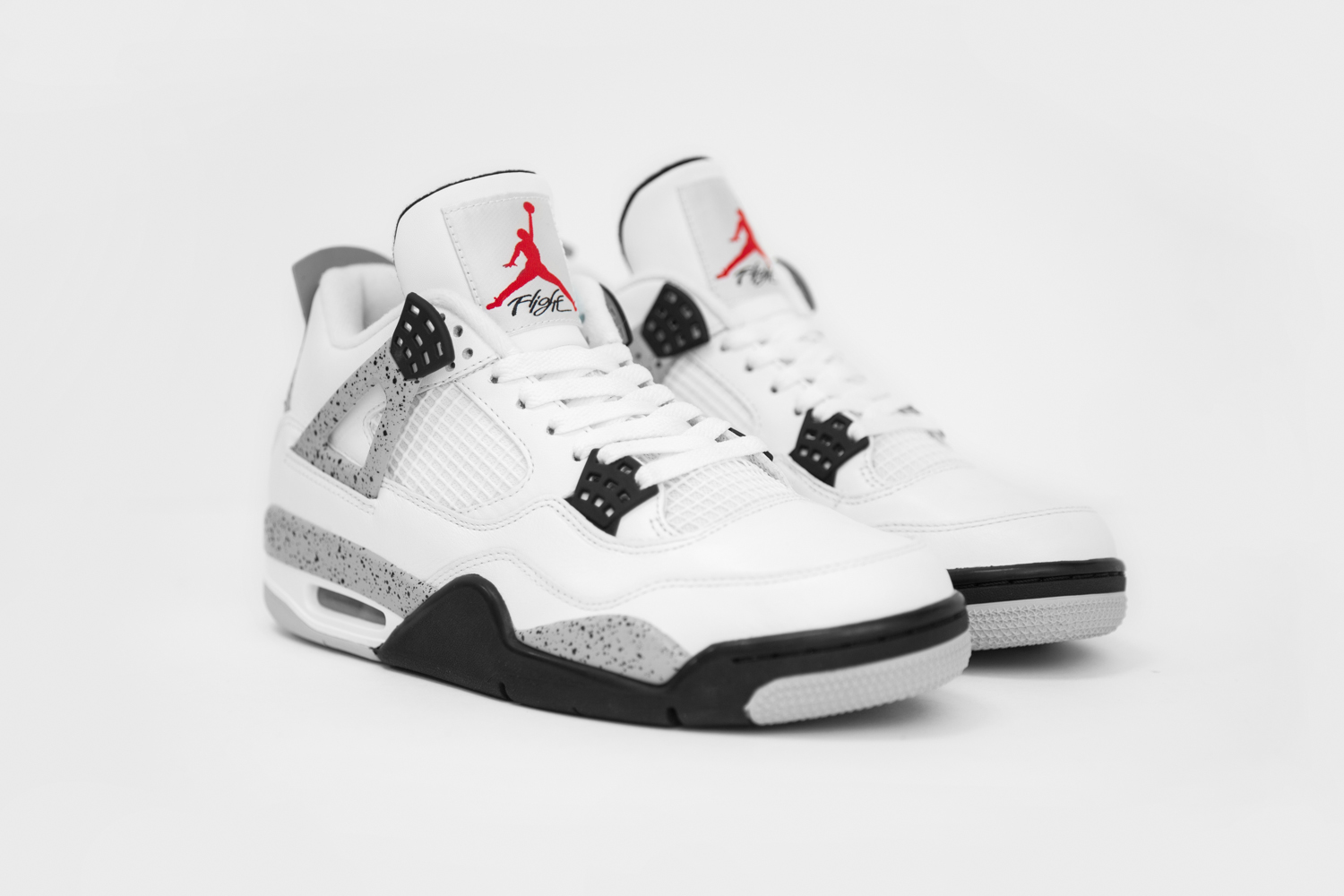 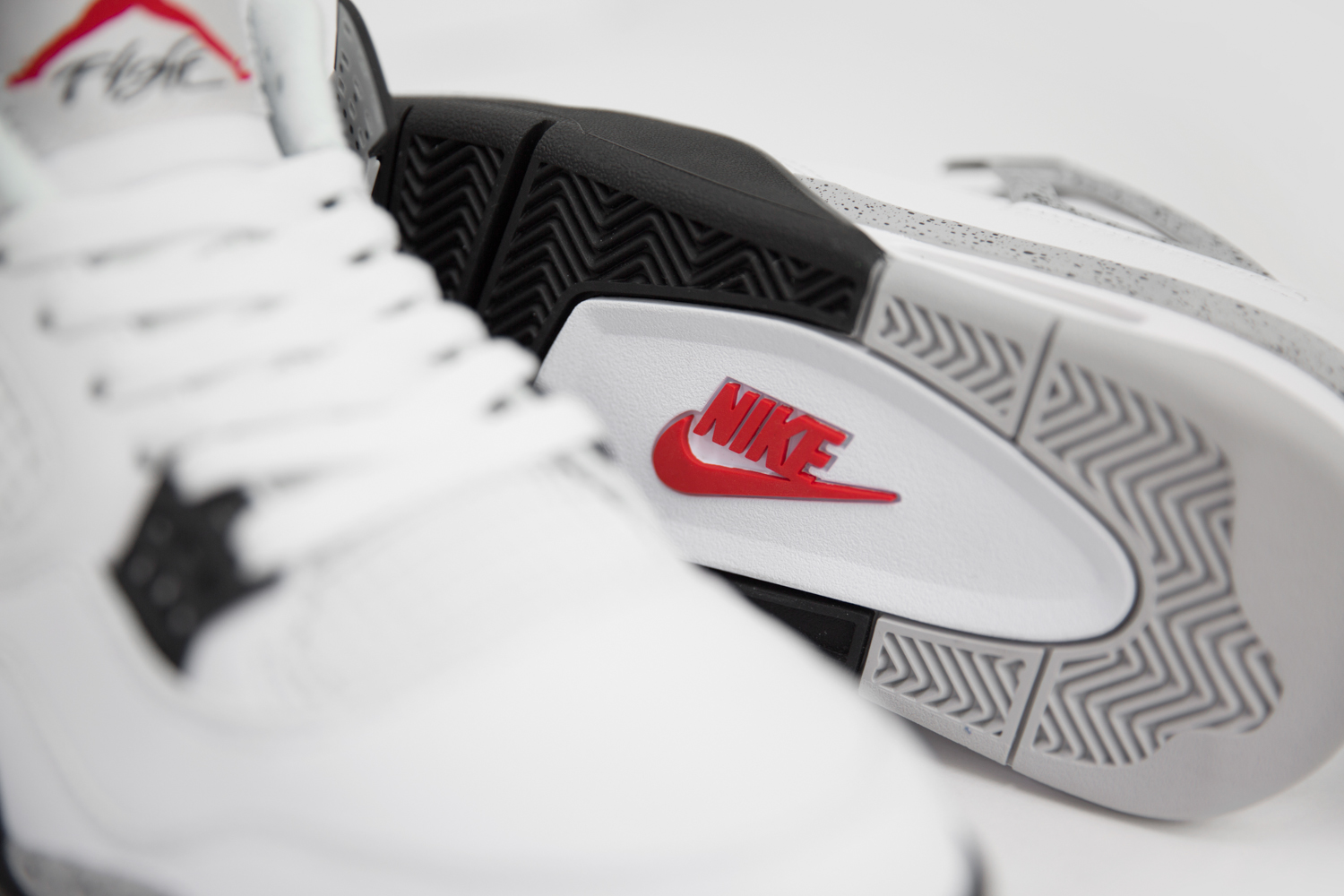 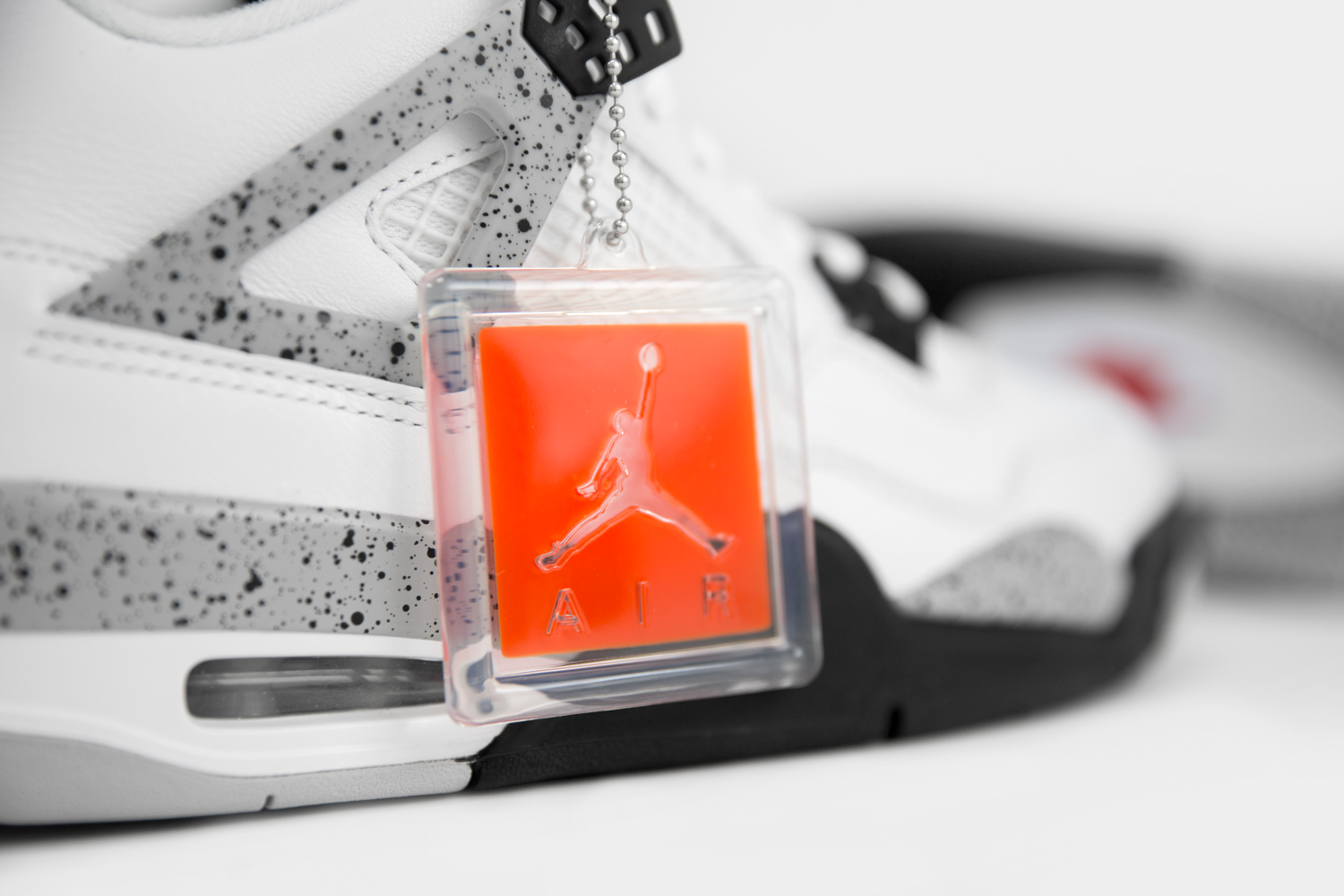 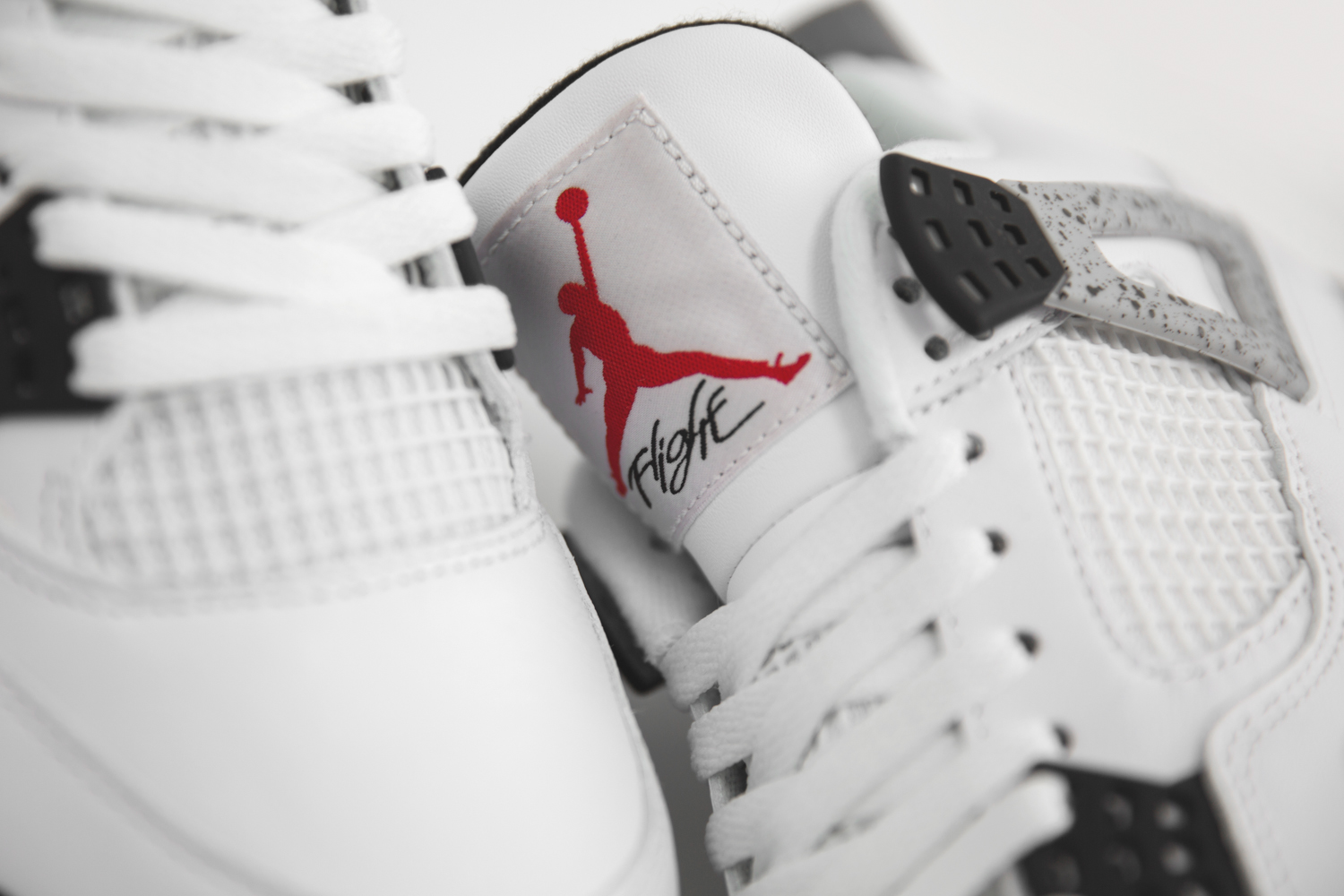 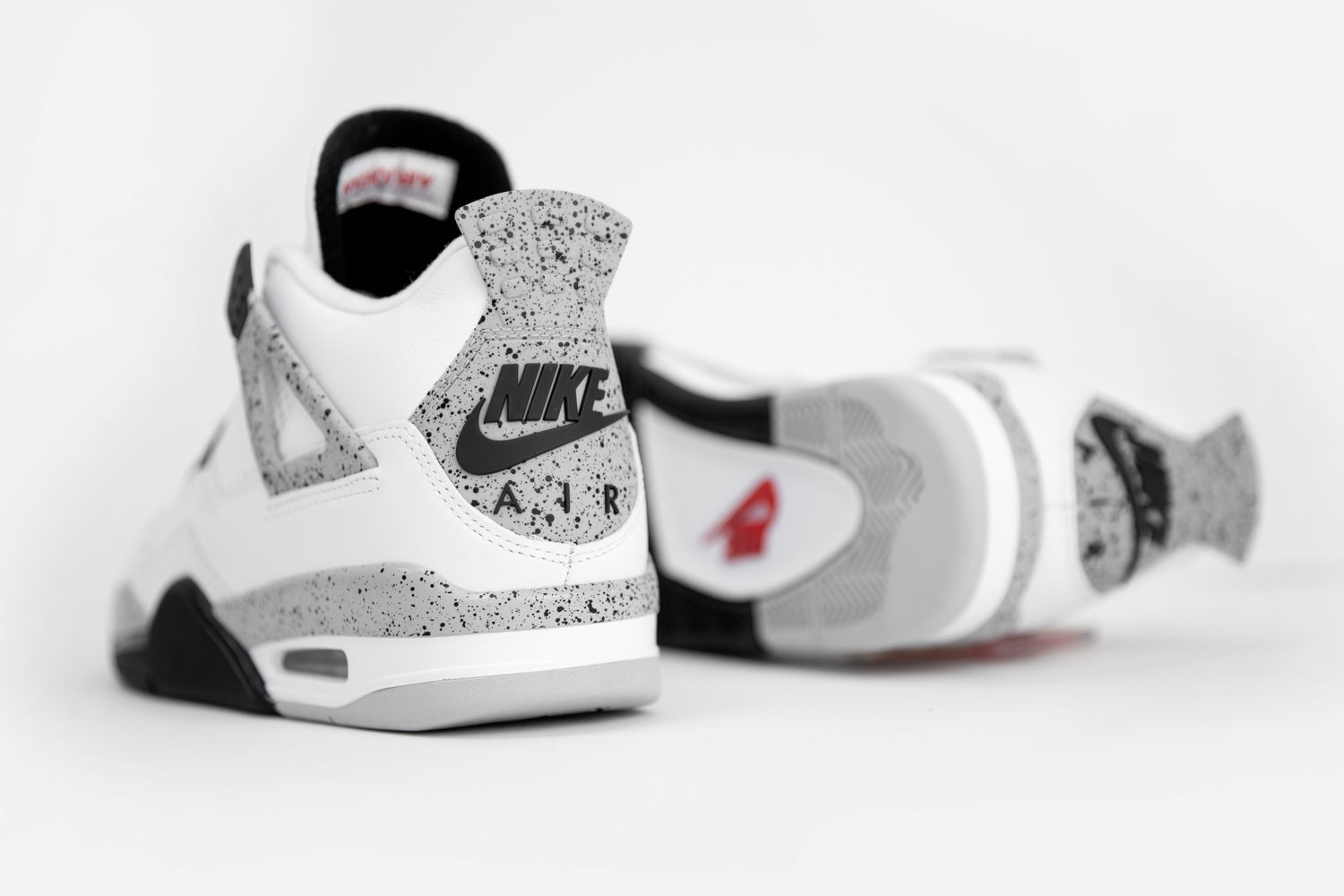