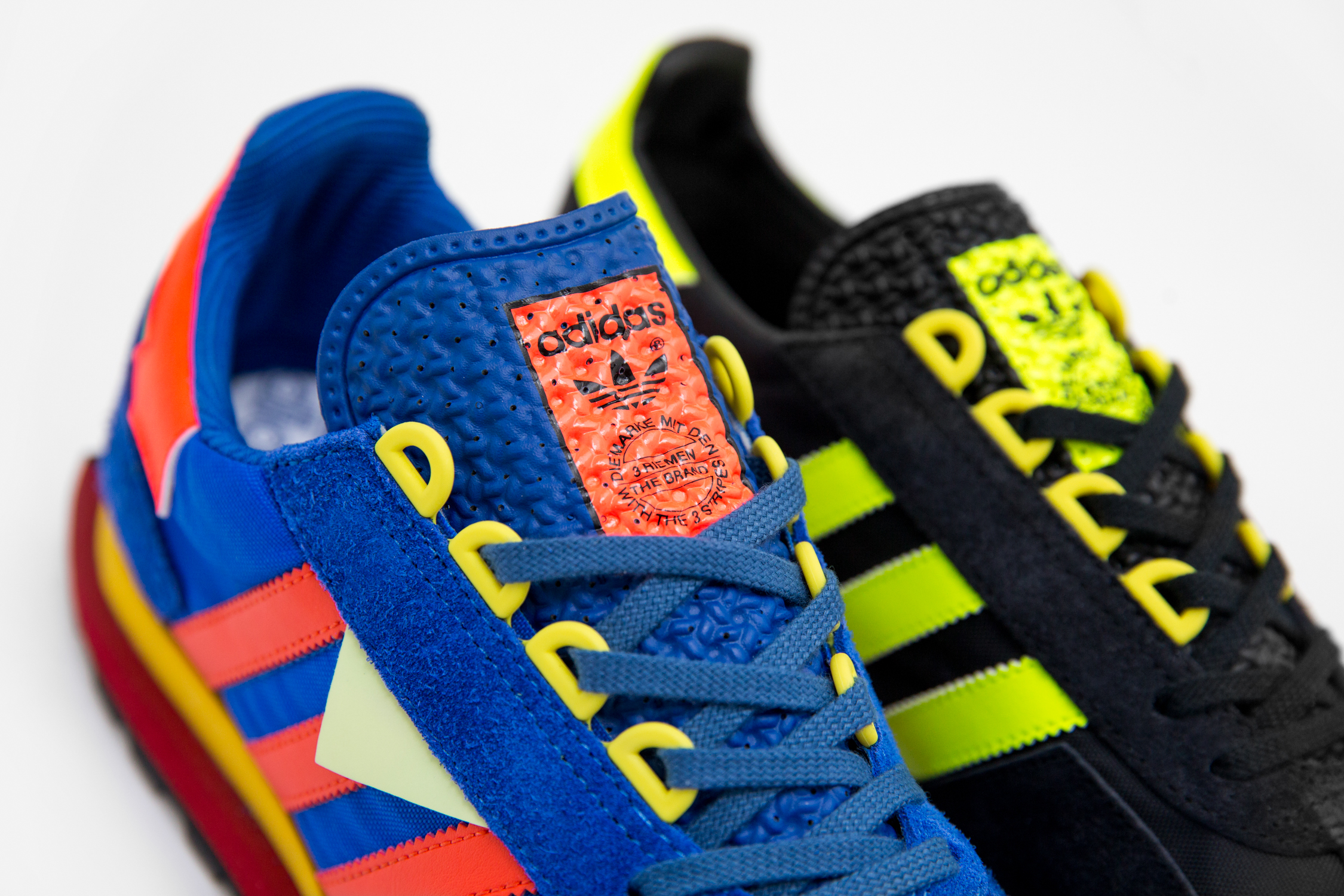 There have been many shoes released into the world with automotive themes running through their colour-ups, Concepts with their rendition of the NB 998 last year, Jordan Brands Motorsport series, but not many can say their actual shape is inspired by the form and function of motor vehicles. 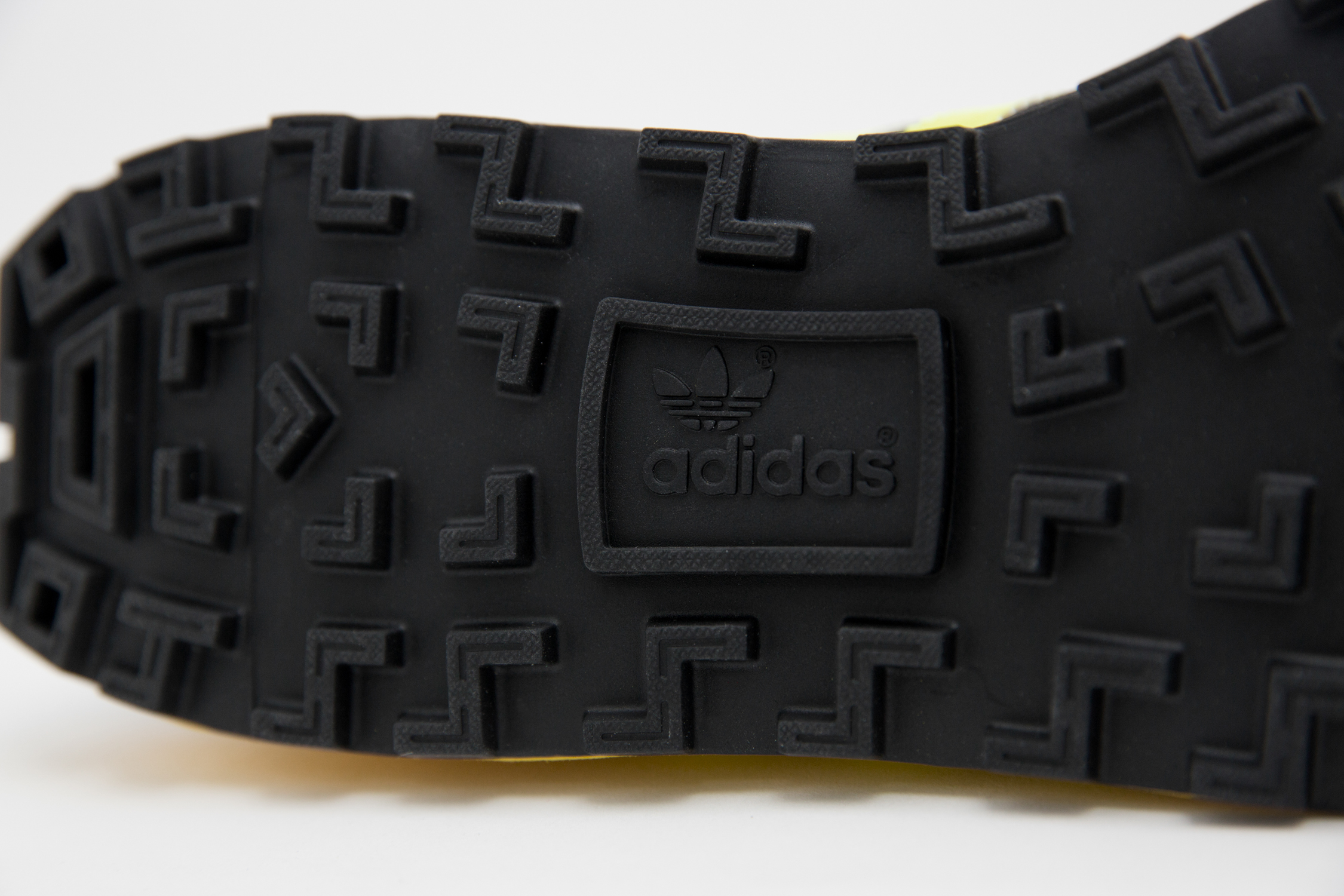 This initial prototype version of the adidas Racing 1 was one of three initial precursor designs to come before the final production model, and there are quite a few noticeable differences between the two.  The prototype features more of an abstract shape on the suede mudguard around the toe box area, with die-cut sections missing from the front area, and more of a pointed edge finish on the rear section. The safety orange heel panel follows the form of the sidewall to a jagged point rather than the rounded off version on the final archetype.  The midsole comprises of a 2-piece layer with the final outsole mounted on the bottom, still featuring the curious shaped rear spoiler protruding off the back. 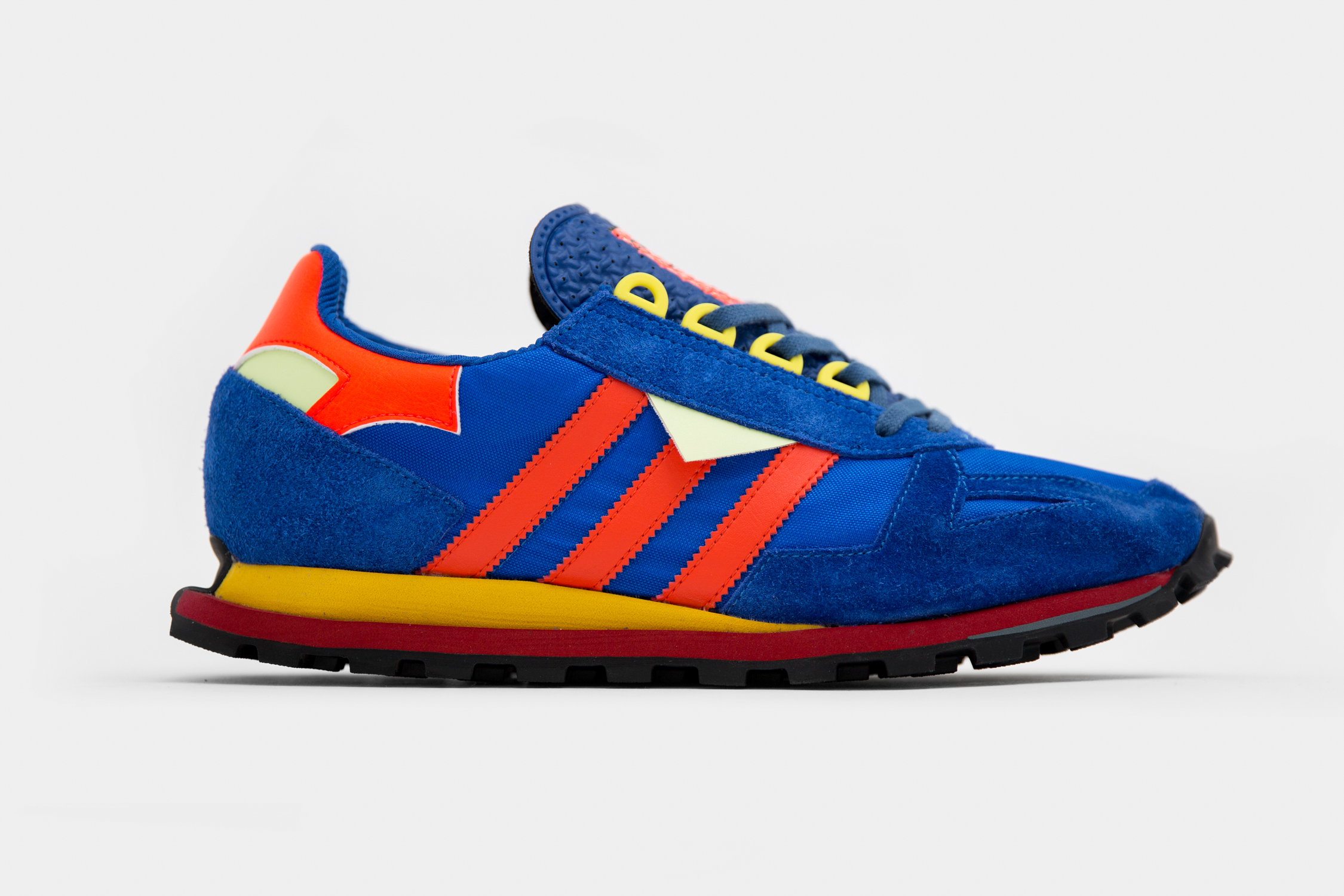 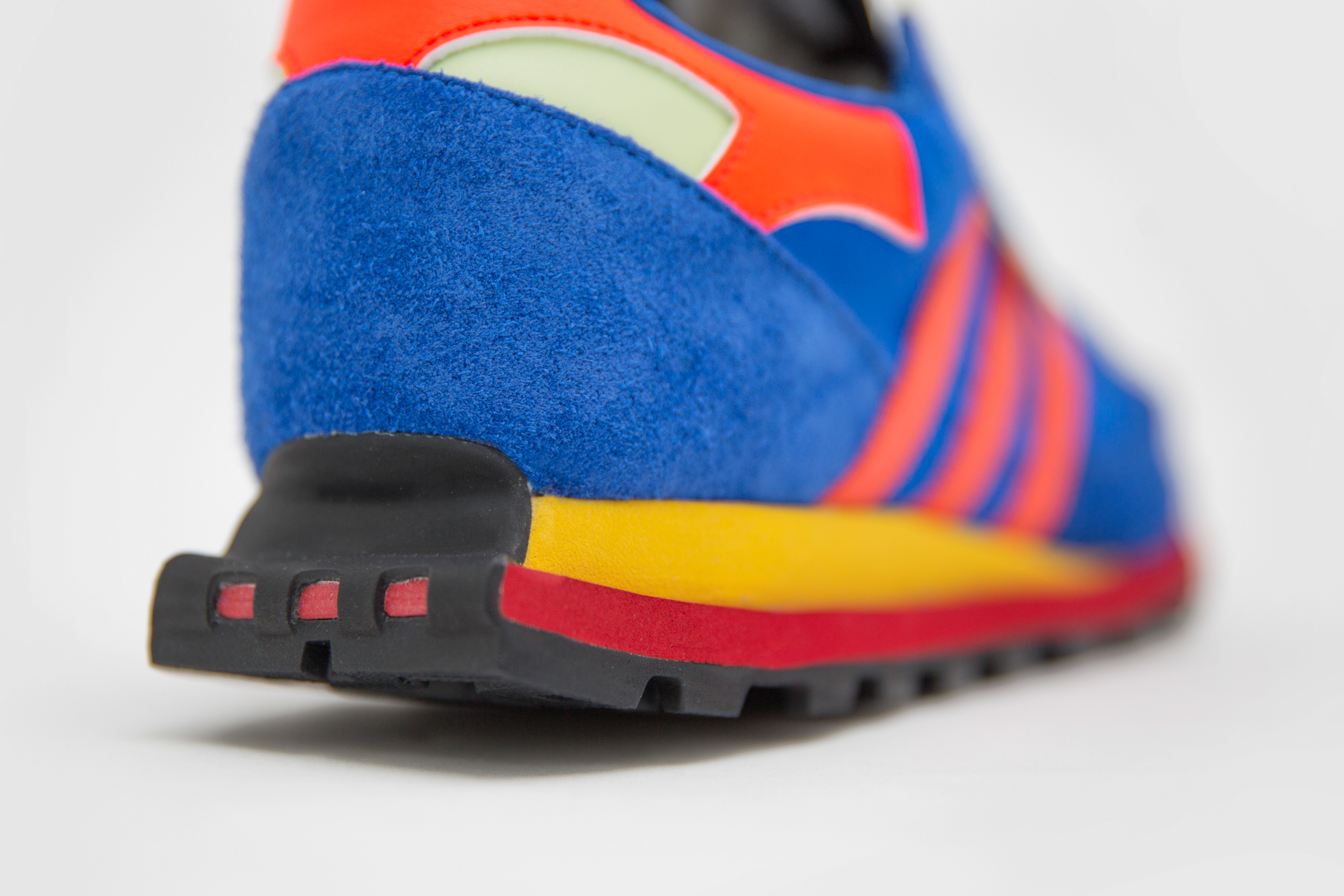 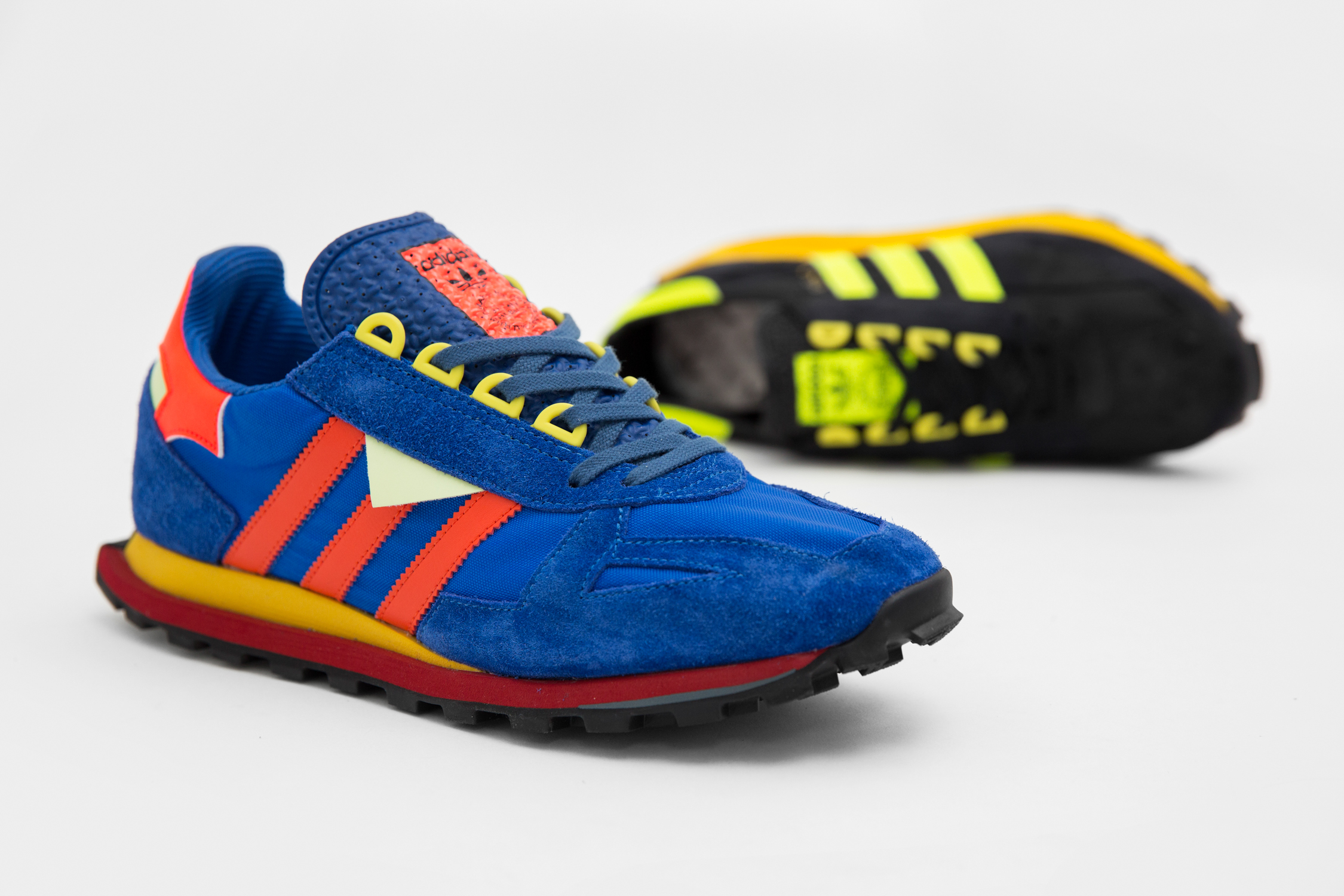 The final production model seems a lot sleeker than its workshop predecessor, the lines on the suede panels are much cleaner and flow across the upper.  The midsole became a one-piece EVA molded construction, with the heel spoiler still intact at the rear.  Not only a defining visual element of the shoe, it acted as an additional stability and comfort mechanism.  The material options of nylon and suede carried over, with the vibrant orange stripes changing up to a neon yellow, and the navy replaced with a solid black to accentuate the branding.  The glow-in-the-dark detailing on the middle tab and rear underlay were also removed for reasons unknown, perhaps the glaring yellow was vibrant enough on its own to be seen at night? 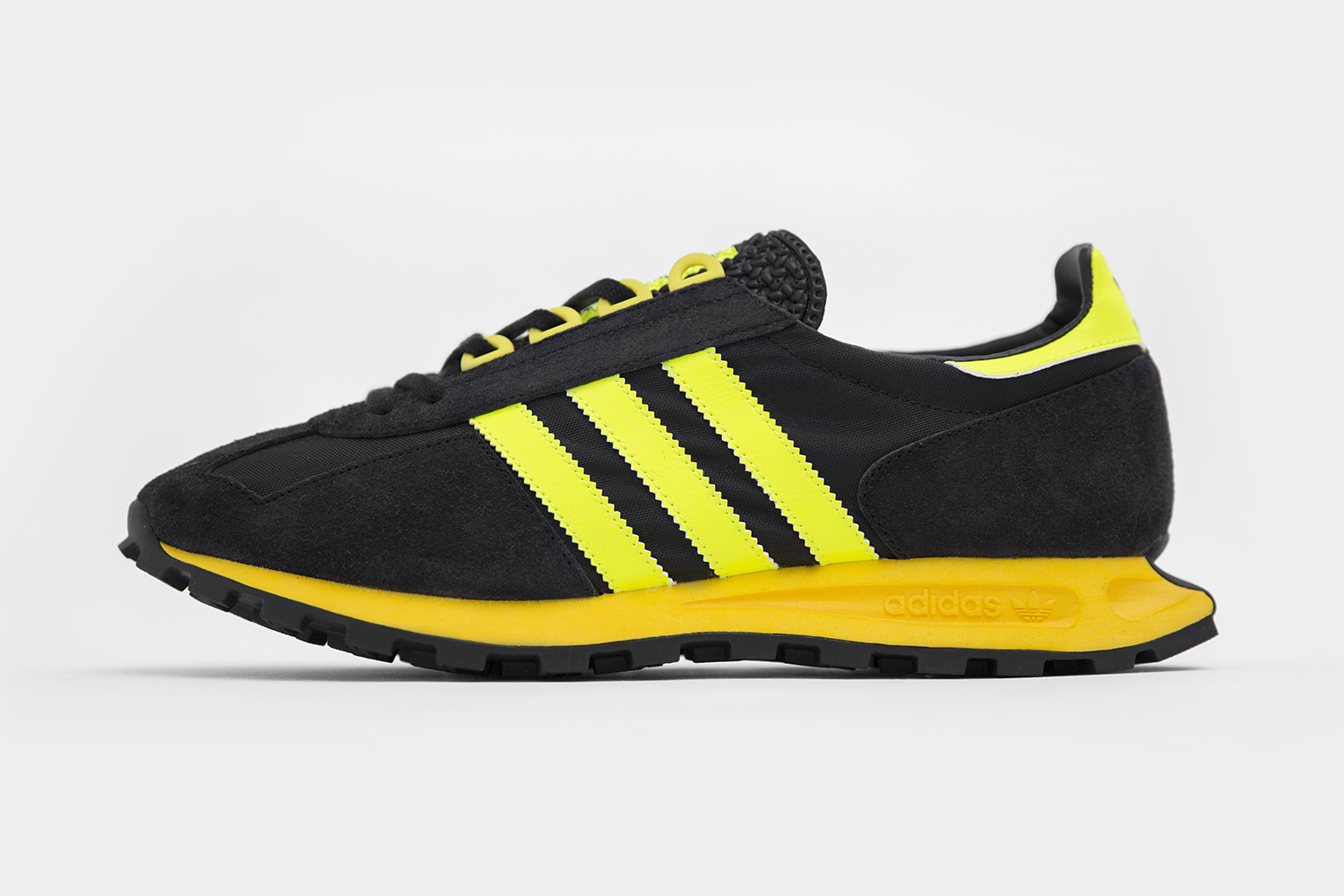 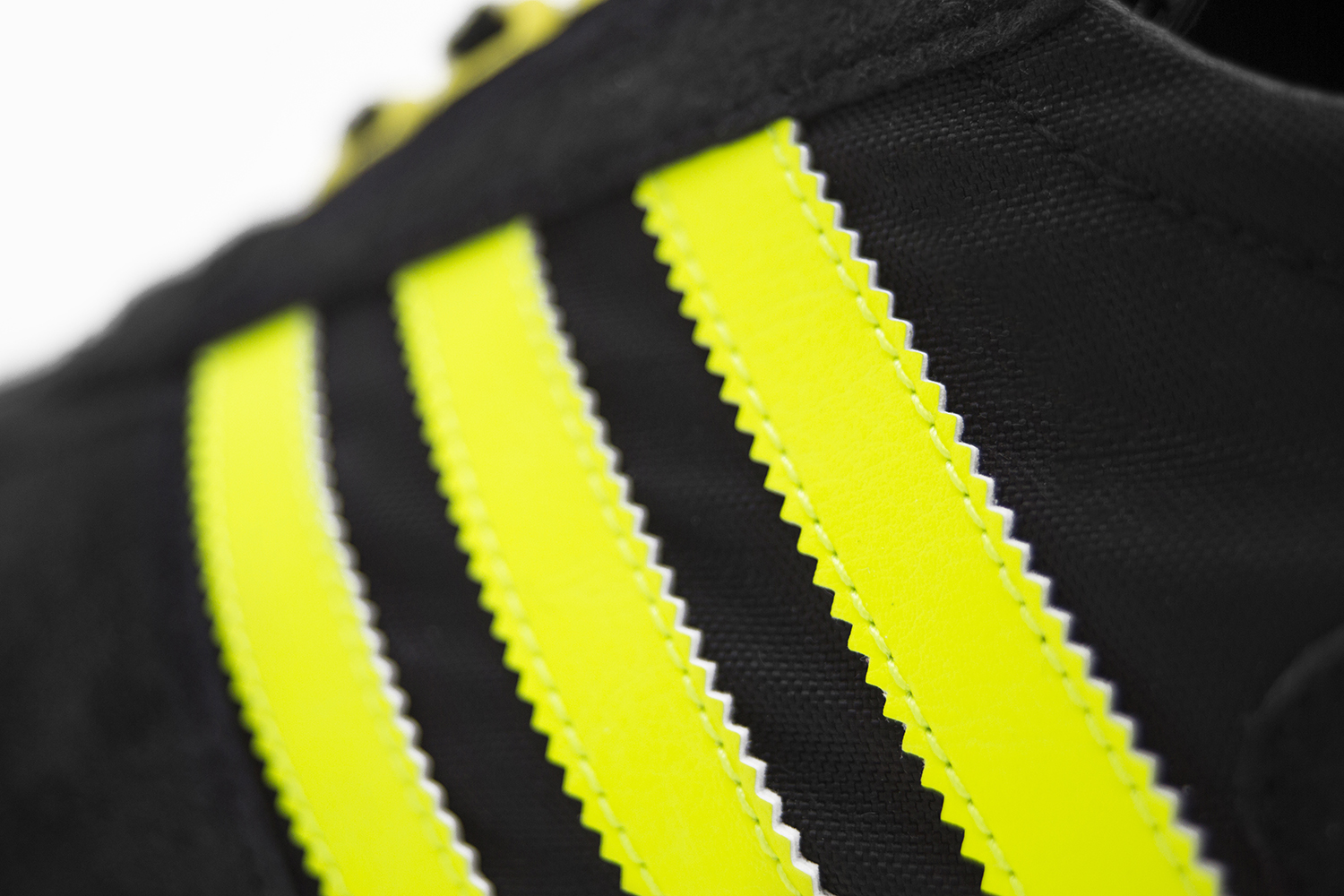 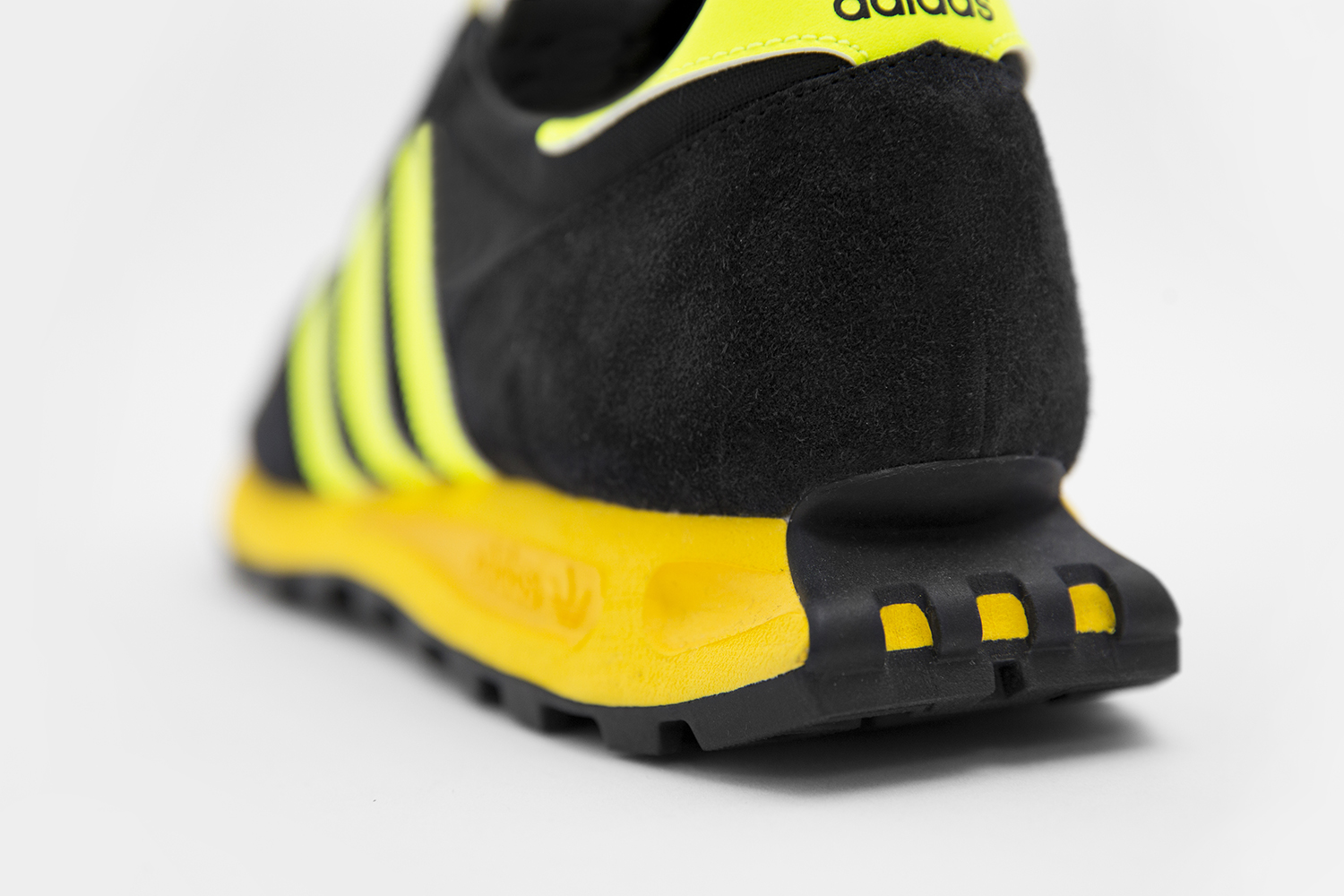 The presentation box for the prototype is also a nice detailed touch, reminiscent of the white boxes each shoe is housed inside at the adidas archive in Herzogenaurach. 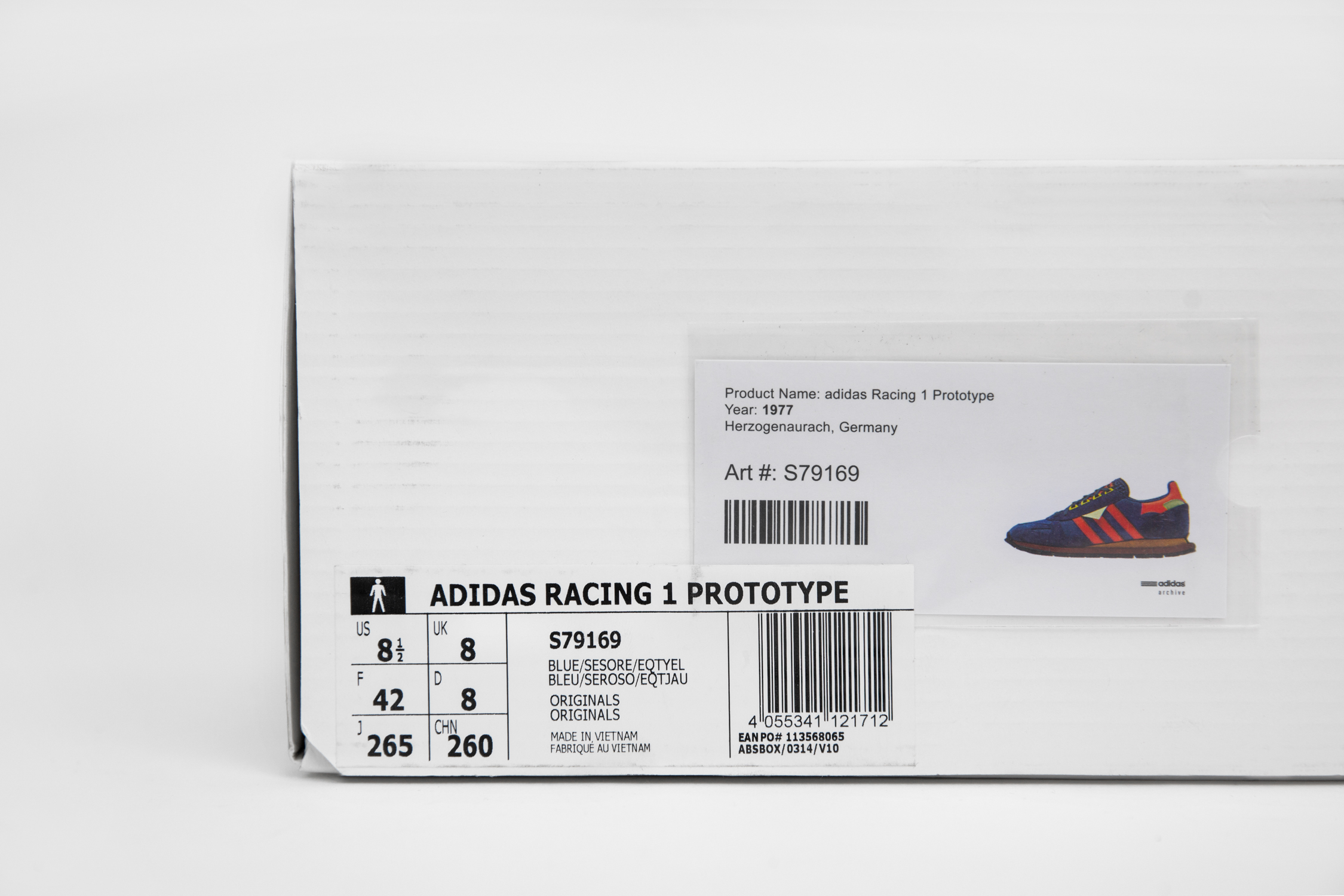 The adidas Originals Racing 1 and Racing 1 Prototype are both available online and in selected size? stores now.