Home  /  Fresh News   /   The story behind the Nike Air Huarache

The story behind the Nike Air Huarache

Following on from the successful implementation of the Air Max into the industry, Nike designer Tinker Hatfield threw caution to the wind, pushing the boundaries even further with this water sports inspired runner. Sneaker Freaker took an in-depth look at their story. 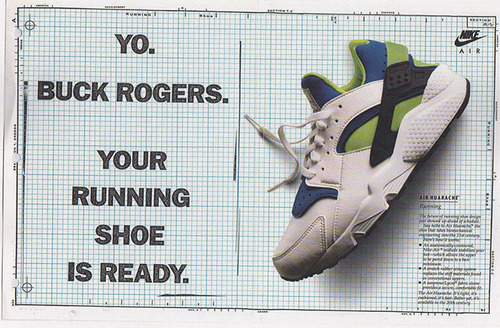 The Huarache arrived in the midst of a golden era at Nike, when bigger was better and bolder was best. The insanely fresh two-colour fusion accenting, thick rubber heel strap and lycra-lined neoprene collar made a provocative statement of futuristic intent. Mammoth midsoles with ‘AIR’ bumper plates and a coalition of silky mesh and synthetic ‘tumbled’ leather sealed the deal. No surprises then, to learn that the shoe was designed by none other than Tinker Hatfield. The booklet that came with the OG Huarache described it as ‘A radical departure from conventional shoe design’, and Nike weren’t kidding. 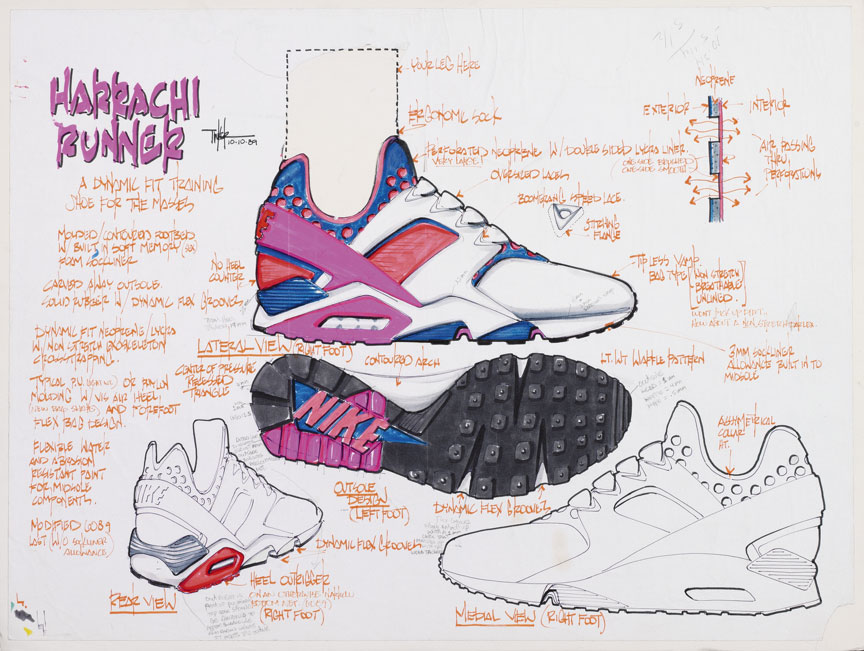 Still glowing white-hot from his success with the first Air Max, not to mention a line of shoes worthy of Michael Jordan’s rapidly escalating blue-chip status, Tinker let it all hang out once more and the end result was another righteously chunky trailblazer. Originally named Harrachi Runner and later changed, the actual concept was inspired by a water-skiing experience. Noticing how snugly the rubber booties conformed to the contours of his ankles, a lightbulb went off and another quintessential Hatfield hero was born. Along with the Sock Racer and the Mowabb, the Huarache became a key member of Nike’s fleet of stretchy-sock sneakers, an idealogical template that is still apparent today in models such as the Free Flyknit. 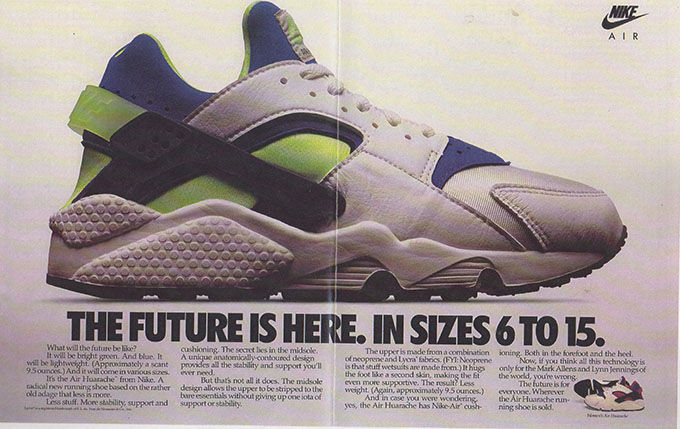 As with the original Air Max, quite a few Nike execs thought the Huarache was too ostentatious to find a commercial audience. Retailers initially umm-ed and ahh-ed, and the shoe almost didn’t get to fly. Fortunately for all of us, Nike marketing director Tom Archie was ballsy enough to go maverick, commissioning 5,000 pairs without a single order in the system. That original batch of Huaraches was taken to the New York Marathon and sold out in just three short days. Validated by the approval of athletes, the shoe went into full-blown production in 1991 and over 250,000 pairs were rinsed at retail by the end of its rookie year – another home run for the underdogs in the face of chronic conservatism. 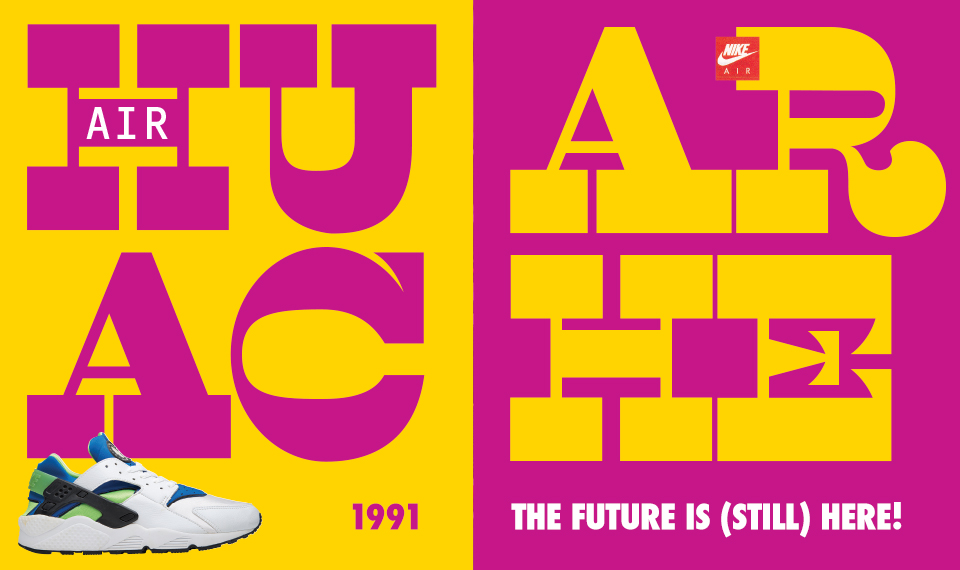 Some subsequent Huarache spin-offs were created, notably the velcro-strapped Air Trainer Huarache and Air Flight Huarache basketball edition in 1992, followed by the Air Huarache Light, International and Plus versions in 1993. The Air Huarache Racer arrived in 1994 and the Light Burst appeared a decade later. Whilst no longer a fresh-faced radical on the running scene, the Huarache’s enduring street appeal is testament to the shoe’s quirky persona and brawny street smarts. Retrod countless times in the past 20 plus years, Nike’s tactical approach has nurtured the shoe’s appeal, ensuring that Hua-heads have always had something to fiend over. Source: Sneaker Freaker 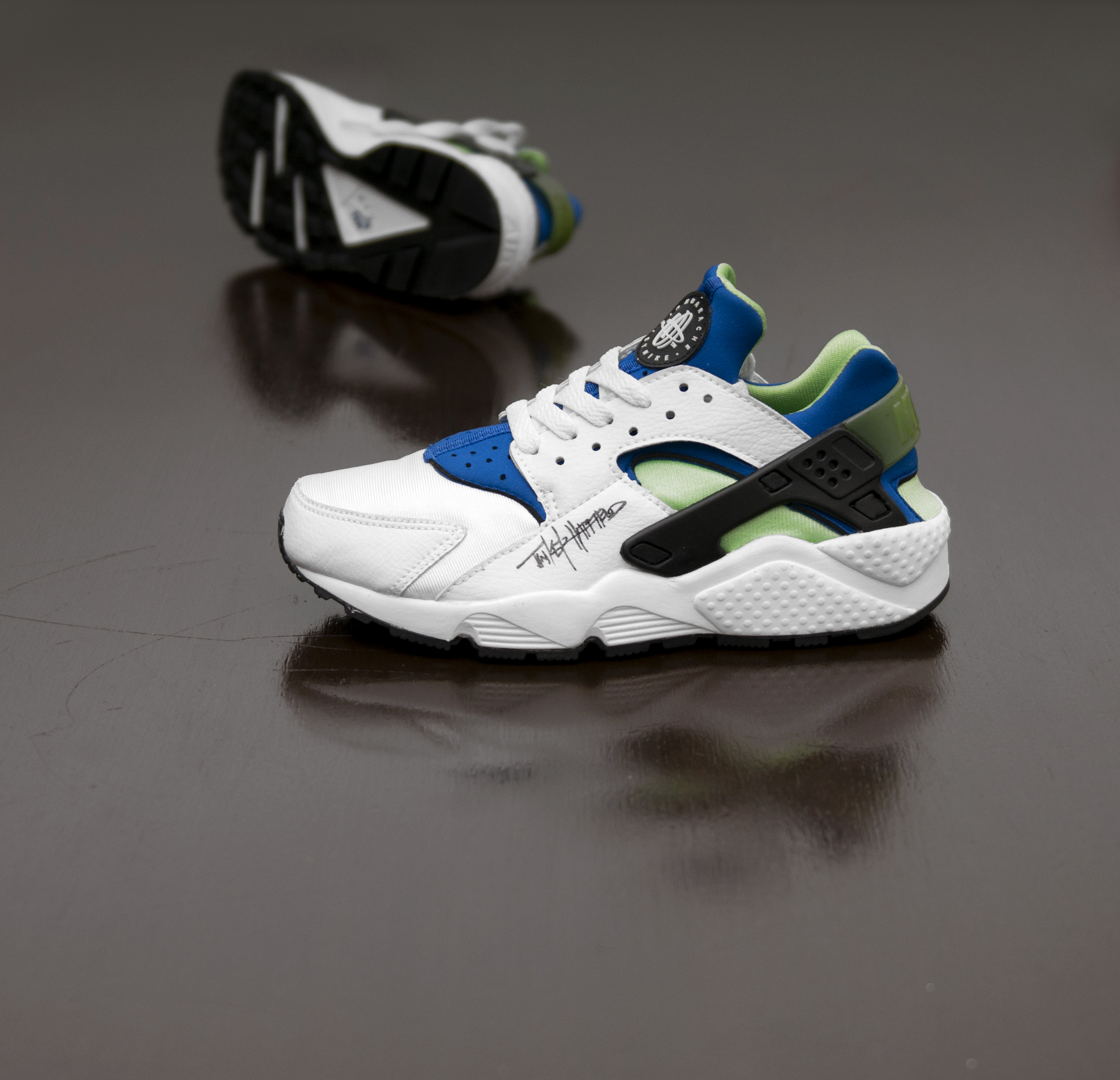