Back for their next instalment of the size? exclusive Archive Series, adidas Originals present the Stan Smith Mid. Since its debut as a tennis shoe, the Stan Smith has made its way from the tennis court to the street, becoming adidas’ best-selling shoe of all time, with over 40 million pairs sold. American tennis icon Stan Smith began wearing what was the world’s first ever leather tennis shoe in 1971, when he won the US Open on grass and the Davis Cup on clay with the American team. In 1972 he won Wimbledon wearing the classic adidas shoe. Originally introduced and developed for the French tennis player Robert Haillet in the mid-1960s, the name of Stan Smith was added to the tennis shoe, alongside Haillet’s, at the start of the 70s, before it was designated as the signature sneaker of the American sporting icon in 1972. For its latest archive iteration, we've opted for a mid silhouette, in-keeping with the season. Using a soft tonal leather for the uppers, reminiscent to that used upon iconic hand-crafted work boots, they're each complimented by a contrasting off-white mid sole. The adidas Originals Archive Stan Smith Mid – size? Exclusive is set to release this Friday (20th November). They will be available at 8:00am via direct links on our Facebook and Twitter pages and in size? stores from their respective opening times, priced at £85. 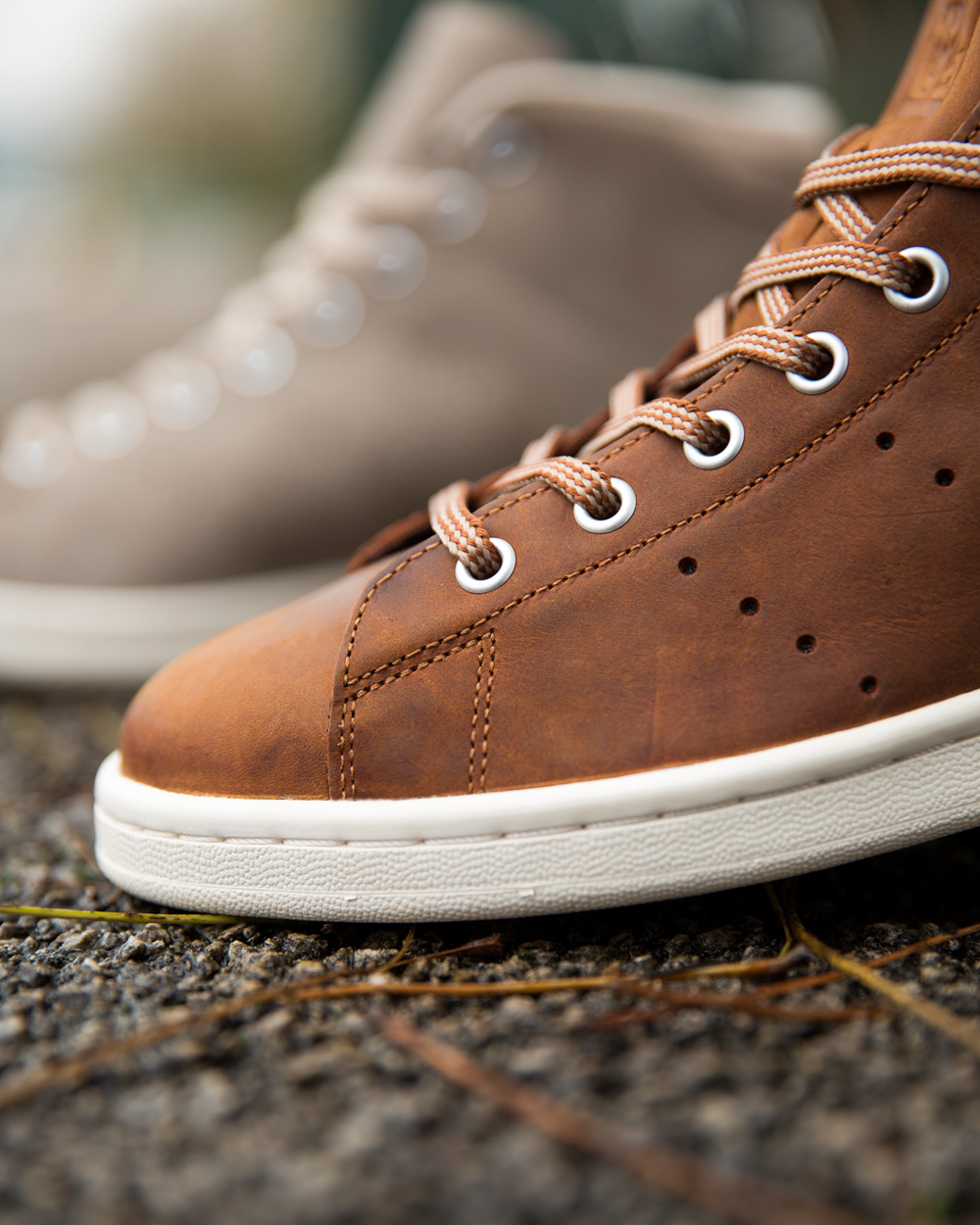 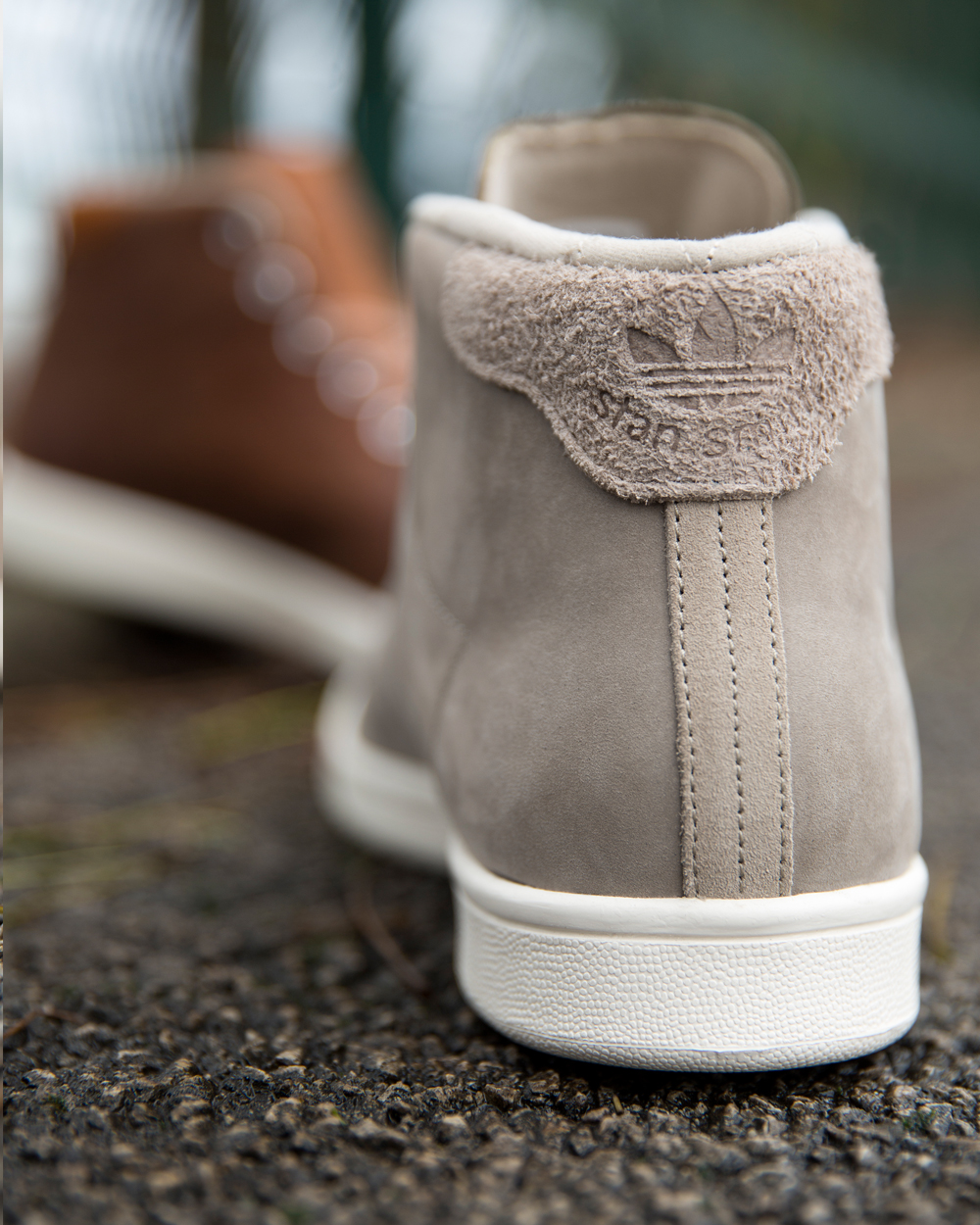 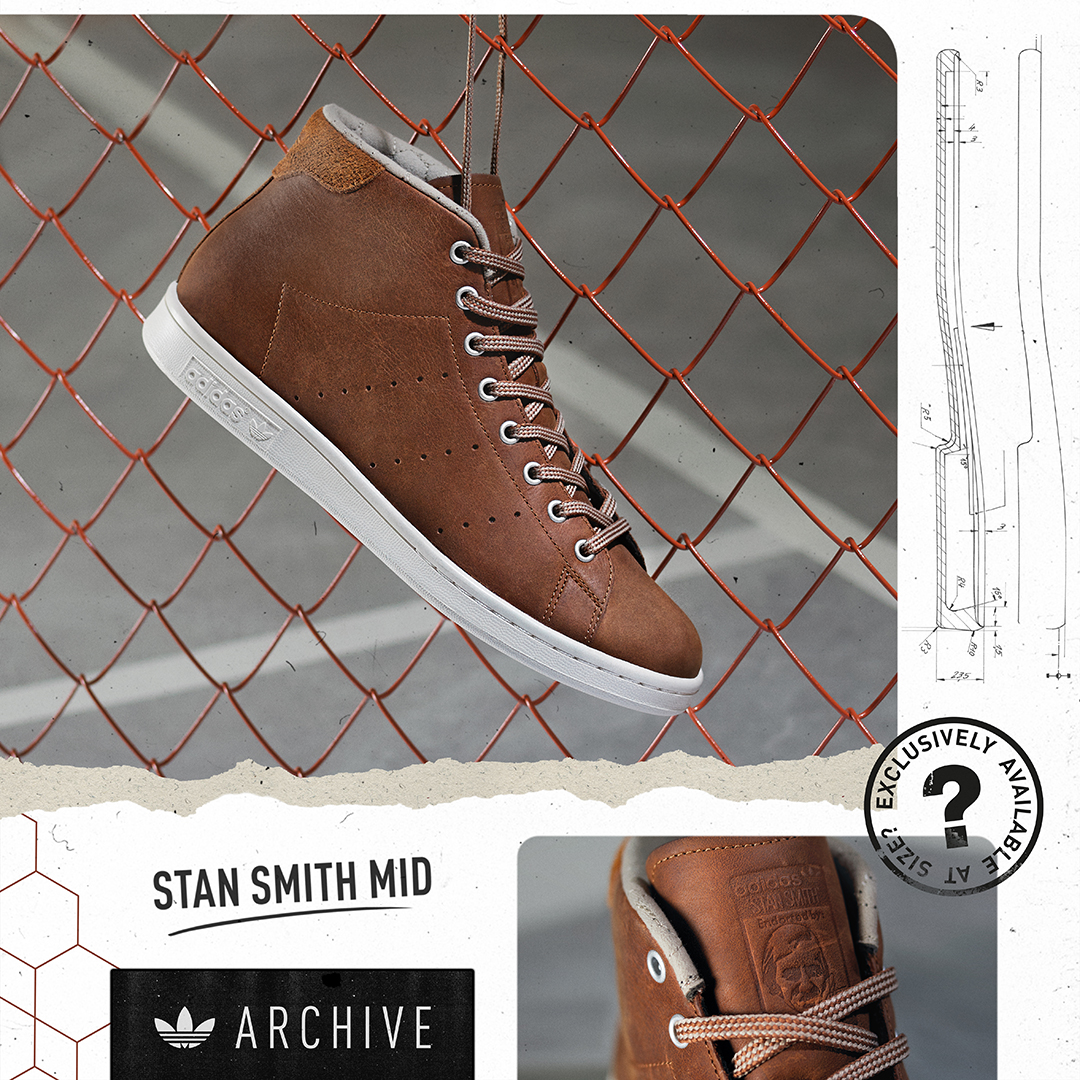 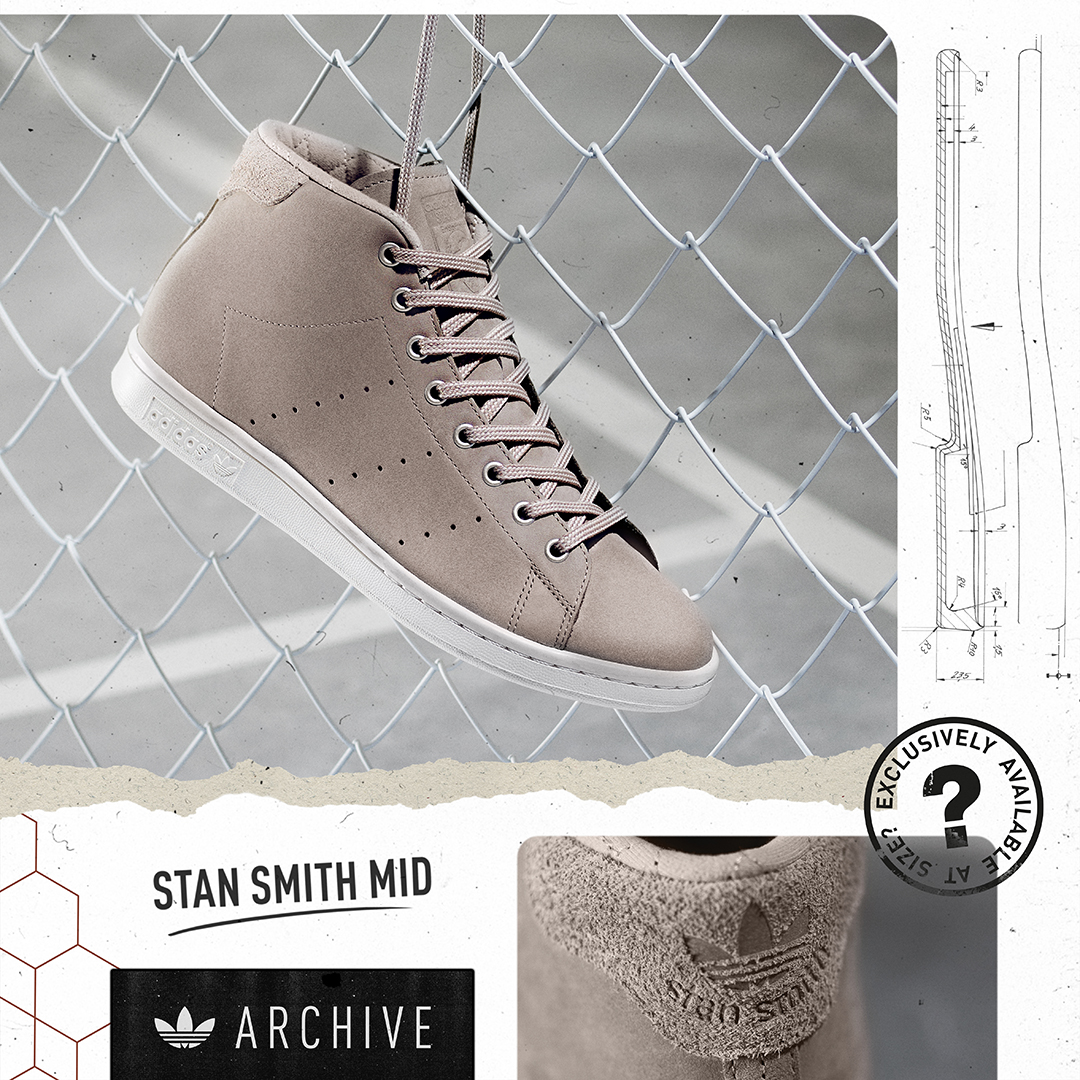