The History of Nike Tennis

Over 40 years of progressive NikeCourt tennis designs highlight Nike’s commitment to its iconoclastic athletes’ on- and off-court styles. 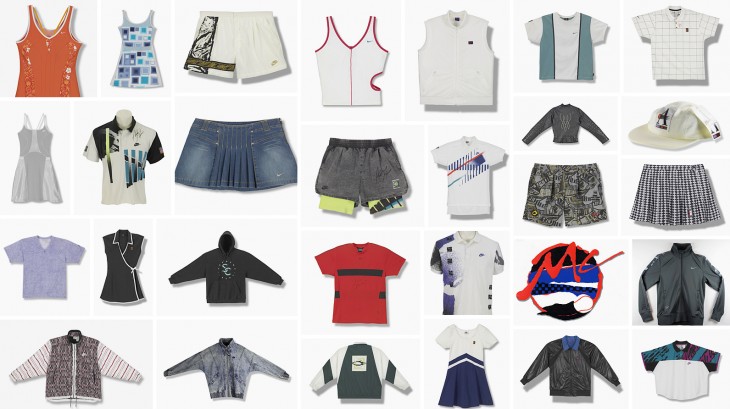 In 1973, Nike was revolutionising the running world with its Nike Waffle Racer and Nike Boston shoes whilst the international tennis world was attempting to maintain its middle-of-the-road all-white dress code as the sport’s iconic Battle of the Sexes upended perceptions of the game and its players. In short: An athletic coup was brewing and the two seemingly disparate entities (the famously audacious brand and the four-century-old pastime) were on a direct collision course. The decisive encounter took place in the appropriately unlikely location of Seattle, Washington, which from 1972 to 1973 hosted the Rainier International Tennis Classic, part of the now defunct Grand Prix tennis circuit. Here, Nike envoys encountered a young Romanian player known for his cheeky antics, unconventional, style and winning – the same captivating mix the brand celebrated in its star runner Steve Prefontaine. Soon after the tournament, Nike signed the athlete, who wore the brand’s tennis shoes as he claimed the sport’s top ranking. This ruffled traditionalists’ feathers and hinted at the NikeCourt DNA that would take firm root five years later when the brand partnered with an even more rebellious player. In 1978, when John McEnroe signed with Nike, the Queens, New York, native expressed his impudence solely via his tournament titles, temper and tough demeanour. With Nike, his insurrection evolved to include a signature line of counterculture apparel and footwear that embodied McEnroe’s outsized talent and rebel-with-a-cause attitude. 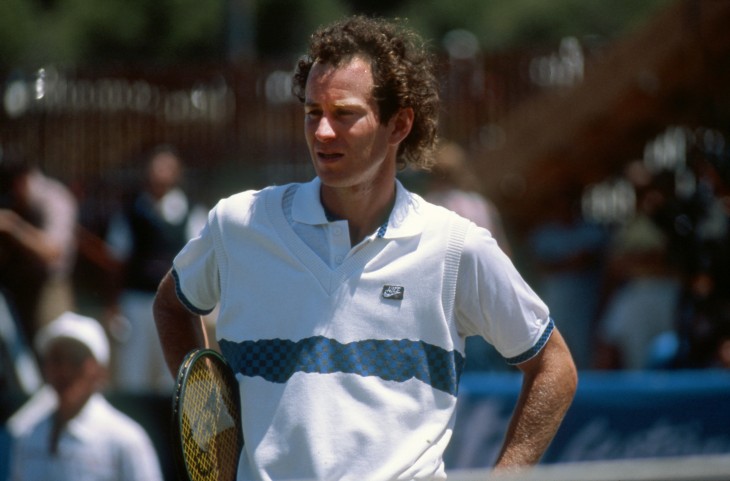 Principal to the collection was a McEnroe logo: a red swoosh and revolutionary “Mc” emblem backed by a black-and-blue checkerboard, which paid homage to the taxis of the star’s hometown and evoked the bruising he often delivered opponents. Corresponding apparel also championed the athlete’s divergence from conventional tennis attire. Black, blue and red separates from the McEnroe line, paired with the player’s preferred shoe: the Nike Air Trainer 1, transported the player and sport’s influence beyond the court. 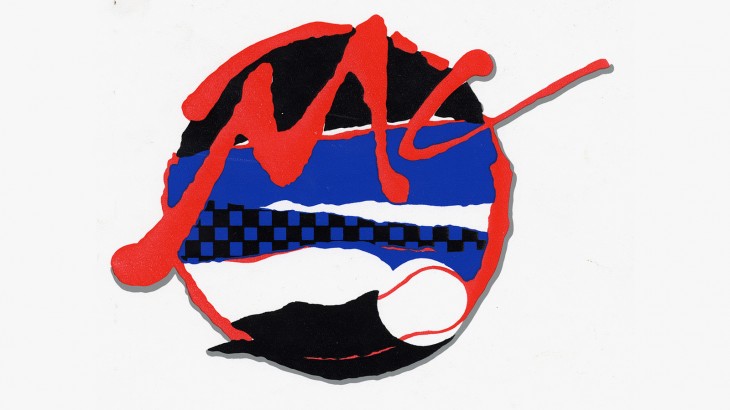 Nike’s brash approach to tennis design persisted even as McEnroe matured. In fact, thanks to the brand’s new athlete, Andre Agassi, it evolved. Whereas McEnroe represented Nike’s entrée ability to amplify performance and personality, Agassi grew to exemplify the brand’s long-term commitment to its athletes’ evolution, both physically and stylistically. 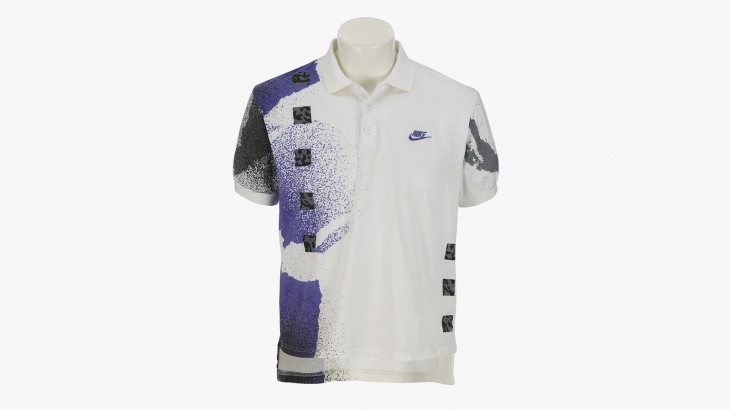 At the time Agassi signed with Nike, in 1986 at the age of 16, he personified brazen ’80s culture. He had an authority-eschewing attitude and unabashed appearance typified by long hair, an earring and bright colors. After all, he’d grown up in Las Vegas. This same anti-country club sentiment was reflected in Agassi’s aggressive baseline power game. Instead of attempting to temper the athlete’s arresting character and aesthetic, Nike amplified them, starting with the debut Agassi collection. The uncommon apparel featured nearly glowing fluorescent hues, patterns, stripes and denim. In a nod to the era’s form-fitting attire – and Agassi’s youth and athleticism – the collection also layered bright Lycra under regular shorts. Then there were the shoes: the Air Tech Challenge II in florescent orange with teal green details, a colorway deemed "Hot Lava." The overall look and Nike’s valiant approach to tennis – bolstered by Agassi’s wins – was widely lauded by the media and captured in the campaign that accompanied the shoe: “Irreverence. Justified.” 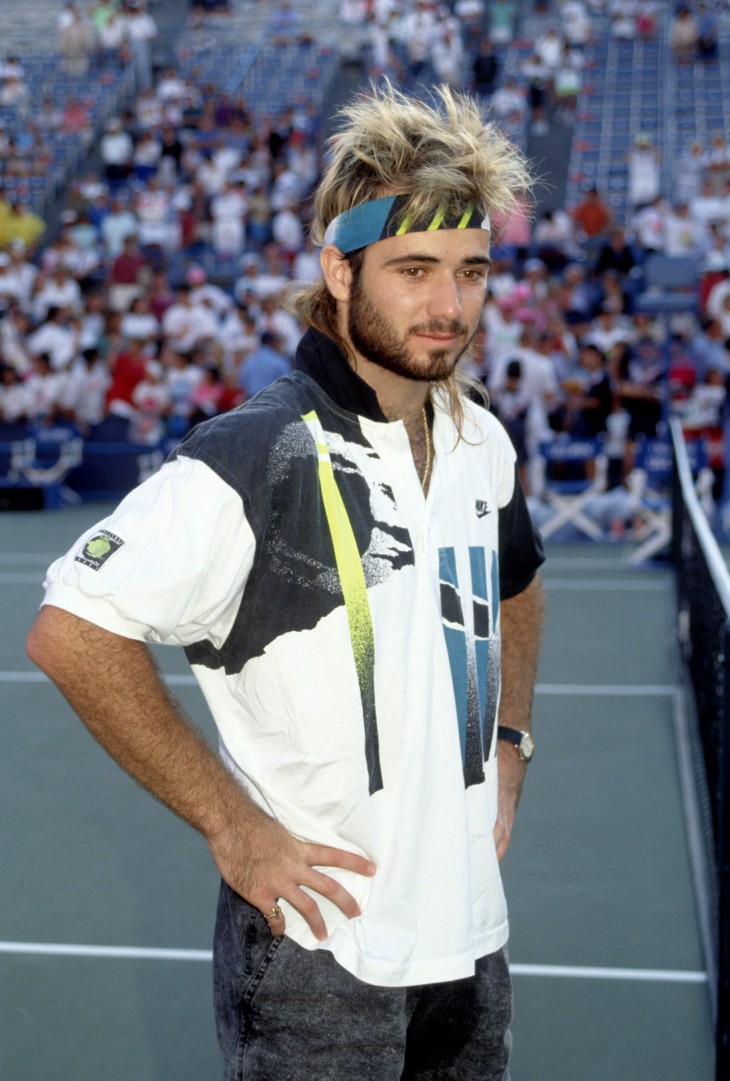 As leisure tennis players worldwide summarily replaced their whites with denim apparel and neon shoes, Agassi was already pushing the game further, honing his play from loud and impudent to disciplined and intense. His competition style followed suit, and Nike next outfitted Agassi in what is often described as his “pirate look.” 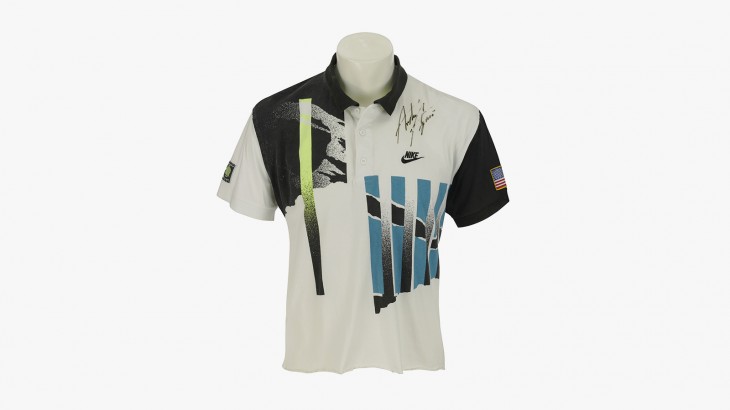 Striped shirts, printed shorts and bandanas were accessorized with a goatee and that trademark earring – plus basketball-inspired black socks. 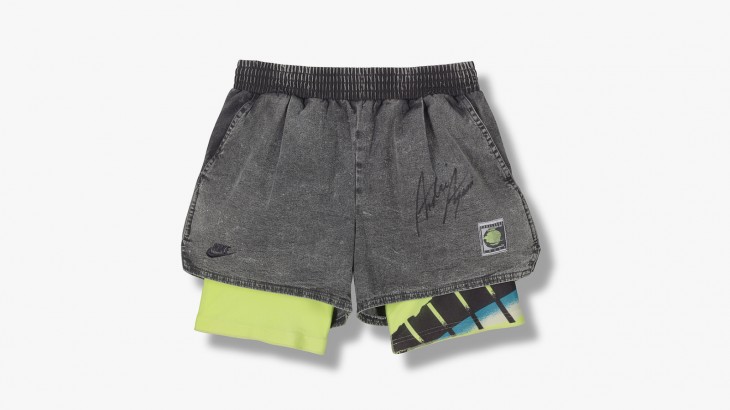 Later, Agassi further honed his presentation, a move Nike reflected with a white-and-black aesthetic featuring alternative skate and surf undertones. But despite Agassi’s maturation, the athlete retained his irreverent essence, a manner starkly contrasted by the arrival of another Nike player, Pete Sampras. 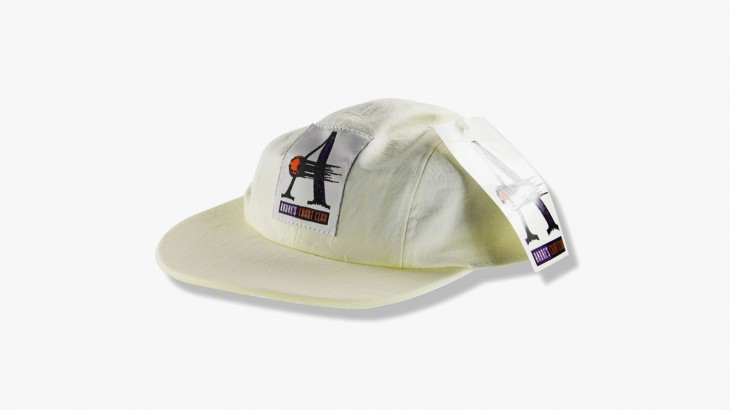 A California native, Sampras signed with Nike in 1993. The antithesis to Agassi, he was disciplined and stoic, possessing a preference for traditional attire with an understated, modern twist. Consequently, the signature designs Nike developed for Agassi and Sampras visually echoed the athletes’ contrasting approaches, amplifying their epic on-court battles. 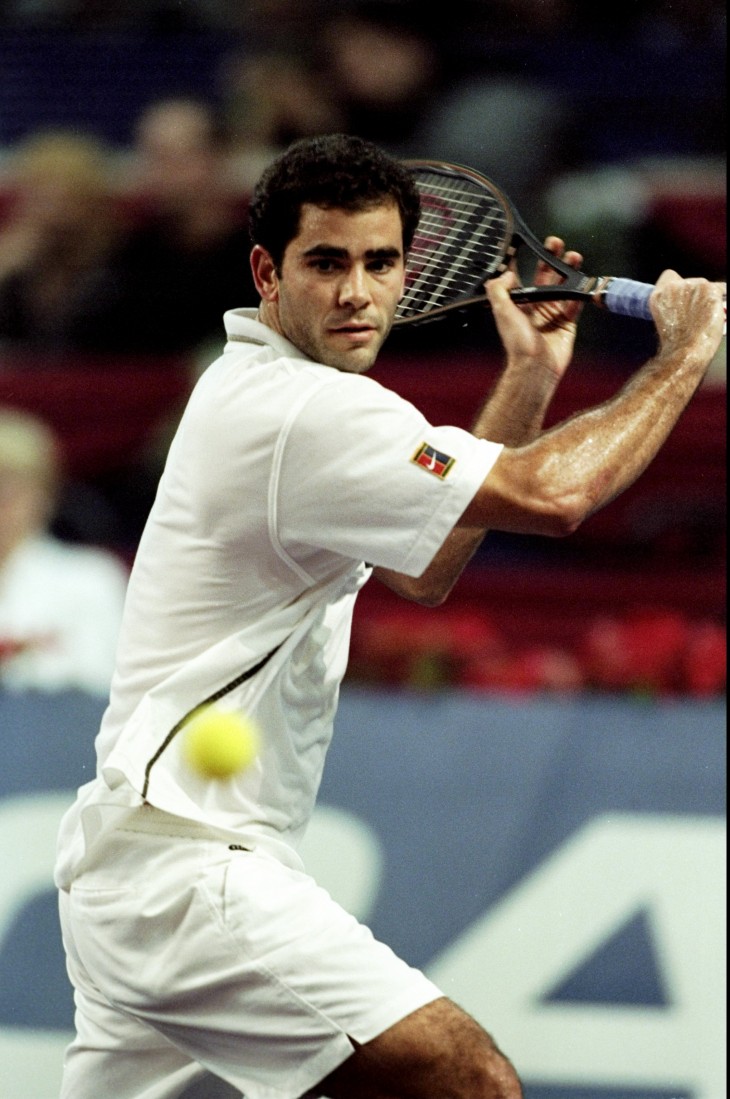 Dividing fans, the Sampras-Agassi duality served as a discerning prelude to the way in which the next era of Nike tennis athletes would vary — from intrepid mavericks to gallant purists to commanding sophisticates, and everything in between — and how the brand would craft the players’ respective designs to emulate this reality. 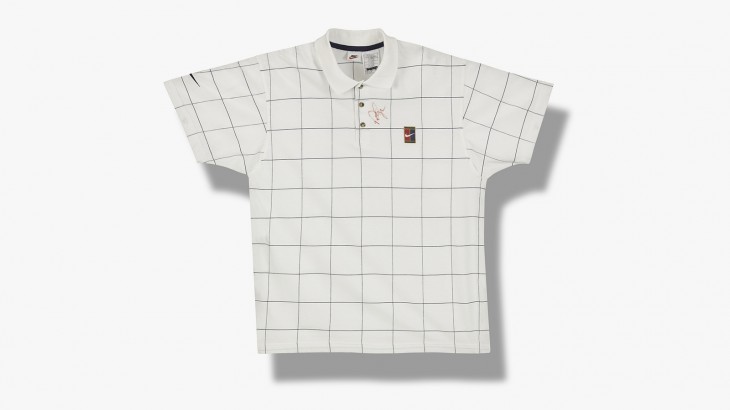 This breadth was quickly evidenced in legendary rivals Rafael Nadal, from Mallorca, and Roger Federer, from Switzerland. Federer signed in 1997 while Nadal joined the Nike roster in 2000. Nadal was the flashy, expressive ying to Federer’s sophisticated, unflappable yang. Federer remained cool in conservative, polished cuts, whereas Nadal was bold and flashy in brilliant colors, sleeveless shirts and capri-cut pants. At the same time — while it was amplifying its male athletes’ showdowns — Nike was also developing an entirely new, equally arresting side of tennis design: the female side, which began in the 1980s with key sponsorships and grew with the 1993 signing of baseline master Mary Joe Fernandez, the first female athlete to the wear Swoosh head-to-toe, followed soon after by a roster of the era's top players. 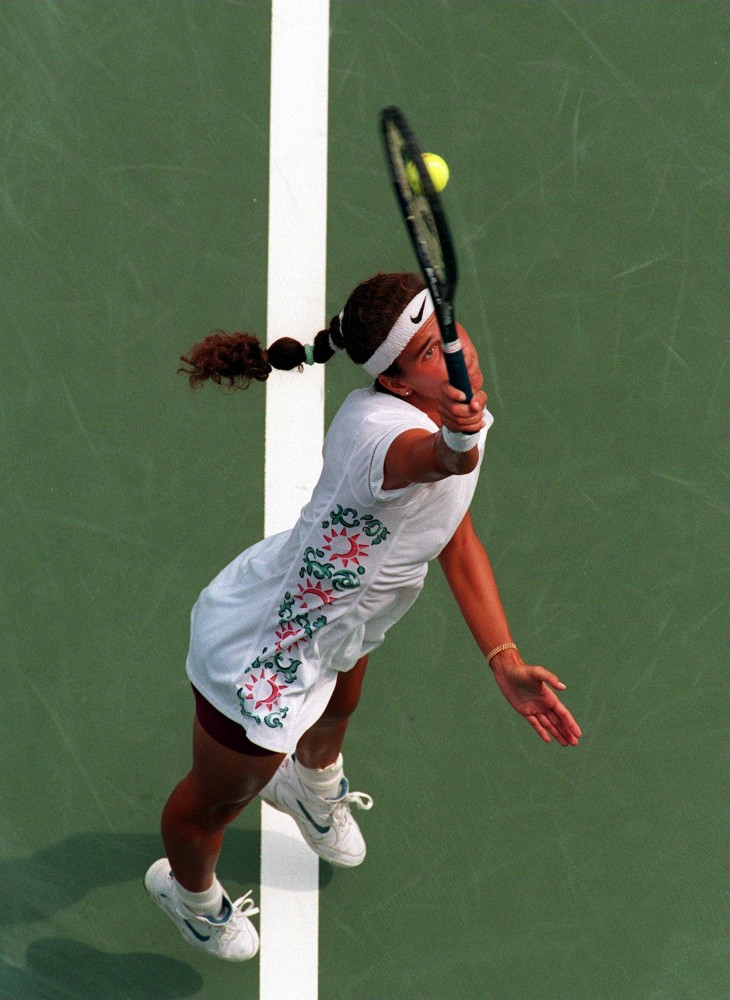 The women’s initial designs injected expected tennis silhouettes with custom detailing. Floridian Fernandez wore whites embellished with floral embroidery and embellished patterns while her contemporaries debuting varying styles — from blue and white hues to  black and white separates to graphic, contemporary takes on classic European prints, such as argyle. Working with these athletes, Nike recognized the boundless creative possibilities of partnering with women, who provide the brand new opportunities to translate its innovations and reformist approach into one-of-a-kind court creations. The signing of the young Russian player Maria Sharapova in 2000 offered an ideal opportunity to fully explore this potential. 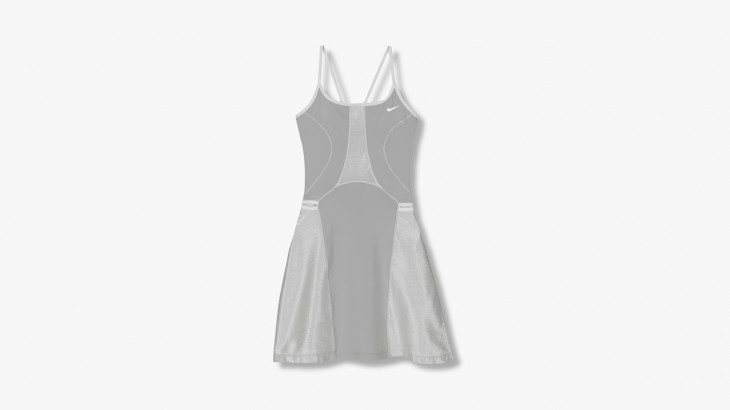 Uniting Sharapova’s forceful baseline play with her innate glamour, Nike developed a line of signature Sharapova dresses that reinterpreted the established eveningwear staple of elegant woman: the little black dress. This inspiration was expressed in shorter-than-standard, yet-still-sophisticated silhouettes that seeded the return of the forgotten tennis dress. And as Sharapova’s performance and character evolved, so too did the bespoke level of her Nike designs, as exemplified by a 2007 Sharapova corset dress. The avant-garde garment featured innovative embroidery pleating and a personalized colorway. Black, white and soft lemon yellow, it played off the athlete’s signature gold graphic orchid logo. 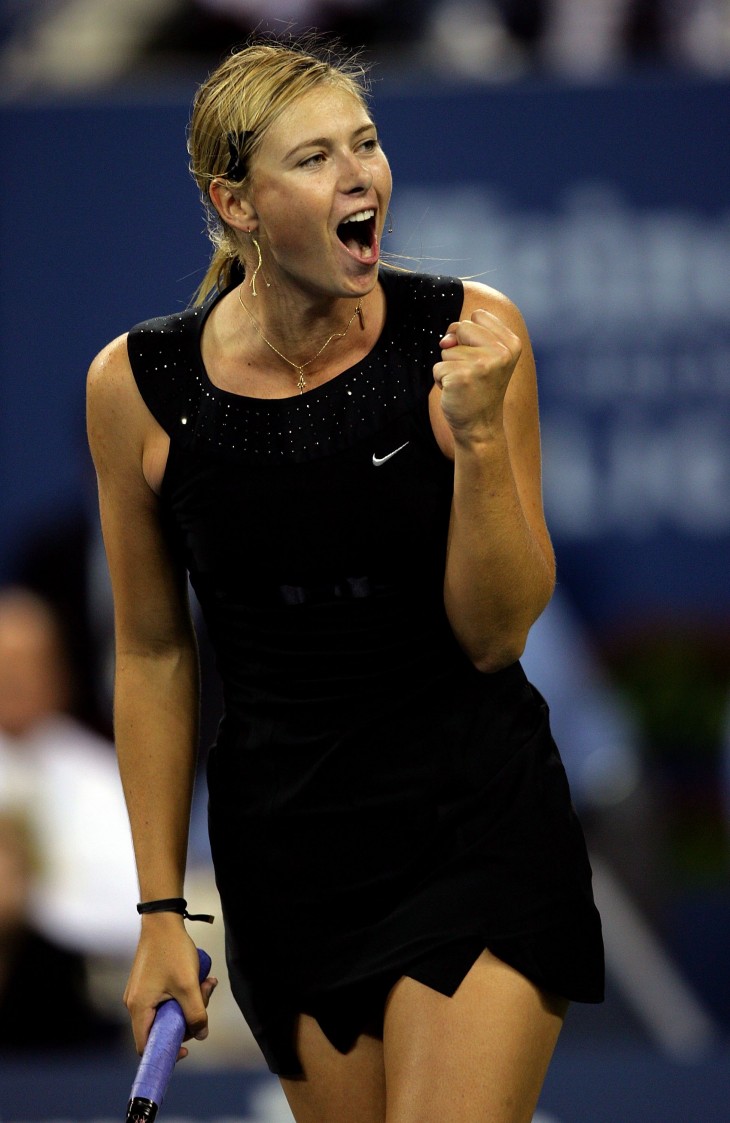 Concurrently, in 2004 Serena Williams arrived at Nike with a bang. Starting with the first Serena dress, which captivated spectators with its white satin skirt and silver bodice, each of the champion’s on-court Nike ensembles has been nearly as impressive as the performances that have earned Williams tennis’ top female ranking. 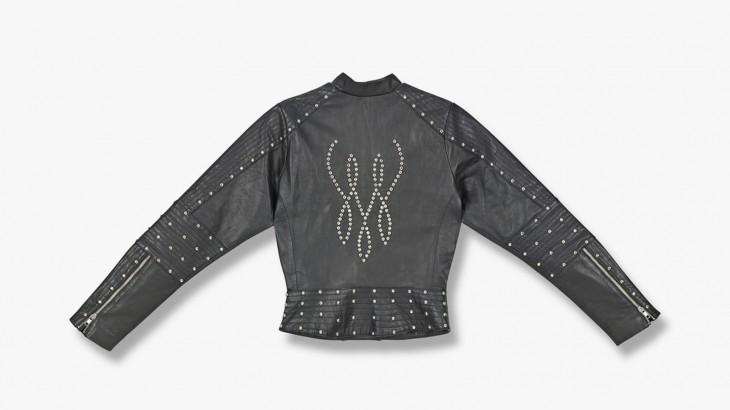 Moreover, the seminal collaboration draws upon Williams’ longstanding love of fashion and her fashion design background, underscoring the unprecedented way in which Nike partners with its athletes to design for performance and style. 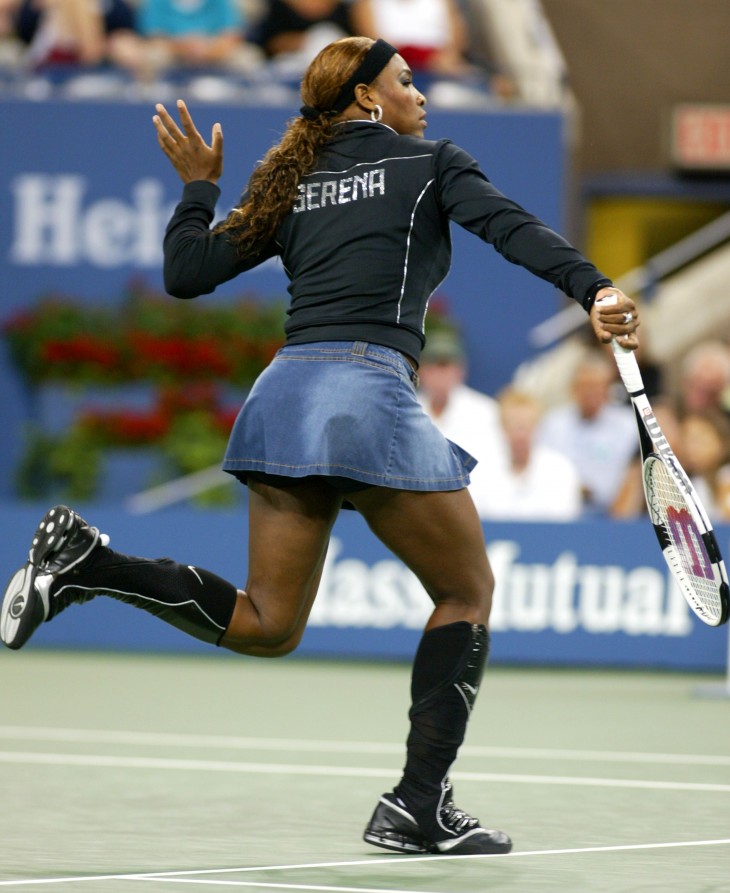 Since the day Nike introduced its first tennis shoes to today, NikeCourt designs have represented the pinnacle of form and function. The line’s always-progressive clothing and apparel demand attention at the same time they strive to communicate and celebrate each athlete’s character, both on and off the court. Because modern tennis isn’t constrained by chalk lines; it’s an omnipresent, assertive mindset that governs the court and the street. 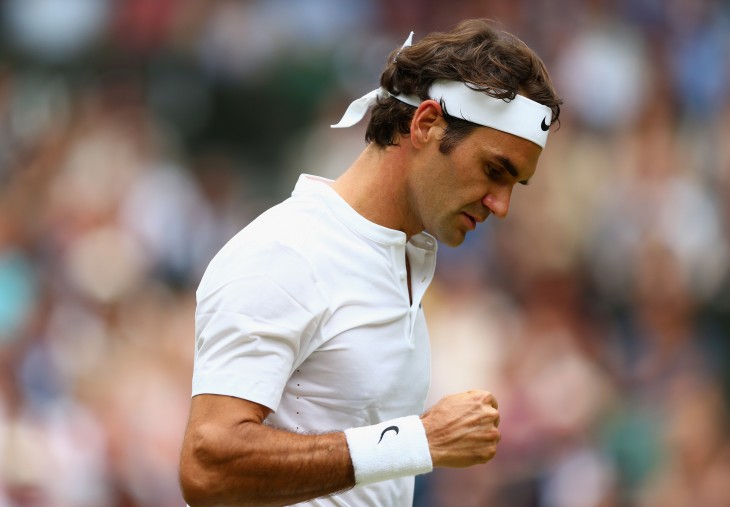 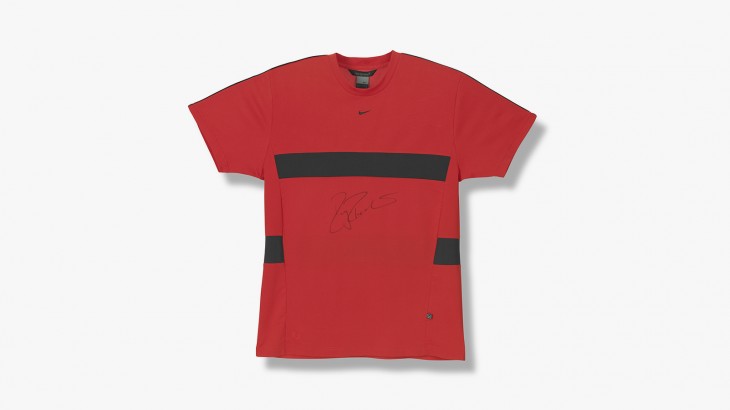