Art, design and footwear all seem to run parallel at size? - from campaigns to products, all three elements come into play. Here, we take a look at some of our favourite artists who have had an influence on the industry. 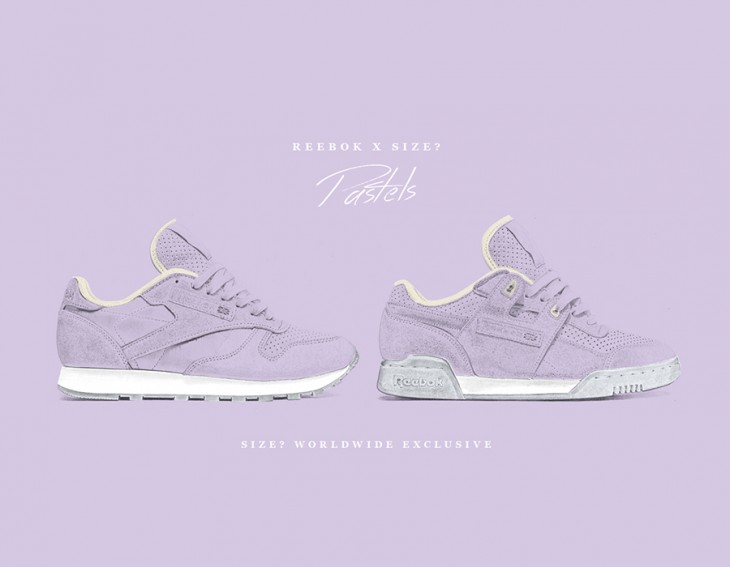 A little under a two years ago, Manchester-based artist Steph Morris transferred her creativity of pencil-drawn portraits to accommodate her love of footwear. Initially taking a leap of faith from her usual subject matter, Steph’s work was instantly well-received with her social media following, and so the journey began.

Previous working on detailed portraits featuring the likes of Kayne West, the Queen as well as a 6 x 4ft representation of a Great White shark, her transition to footwear has been an easy one to say the least with a mix of clean lines and subtle shading throughout. 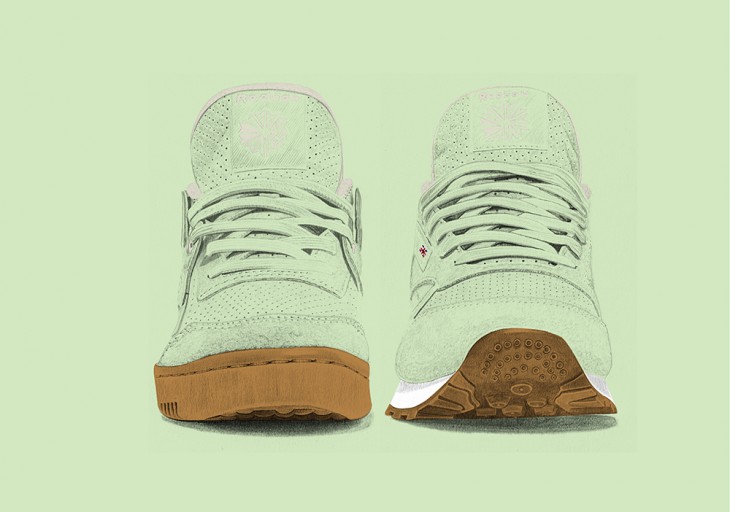 Here are a few questions from when we sat down with Steph...

What challenges do you face when creating a piece? Definitely time and concentration. People often forget that each piece takes around 15-20 hours in total to complete. It’s often straining spending so much time giving 100% concentration to a piece of paper. But I’ve learnt to control this through proper planning and being as organised as I can. I always listen to music or have a film on in the background when I draw – it stops me getting distracted. I’ll often have a coffee break if I’m feeling like I need to stretch my legs, but it’s straight back to it, no mucking around. 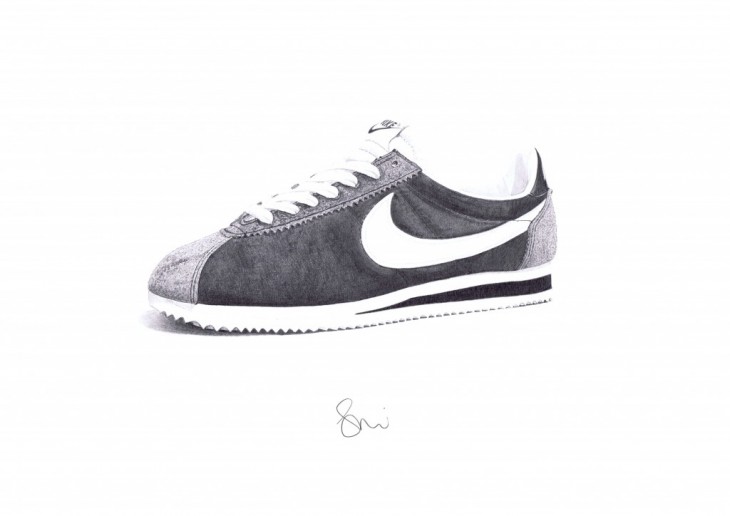 With so many artists creating footwear-inspired art nowadays, what do you do to differentiate yourself? To be honest I had no idea that footwear-inspired art was as big as it is when I started. I never saw a certain piece of art and thought  ‘I could do that’ – it was literally an accident. My style has always been highly detailed hand illustrations, something that I’ve been practicing for years. I see a lot of footwear related artwork on Instagram these days copying the likes of The Limebath and SY Illustrations (who are killing it I must add). It’s a shame that so many other people’s work is being reproduced by your average Joe Bloggs. Luckily my style keeps me away from all of that as my only tool is a pencil – I make sure that does the talking. 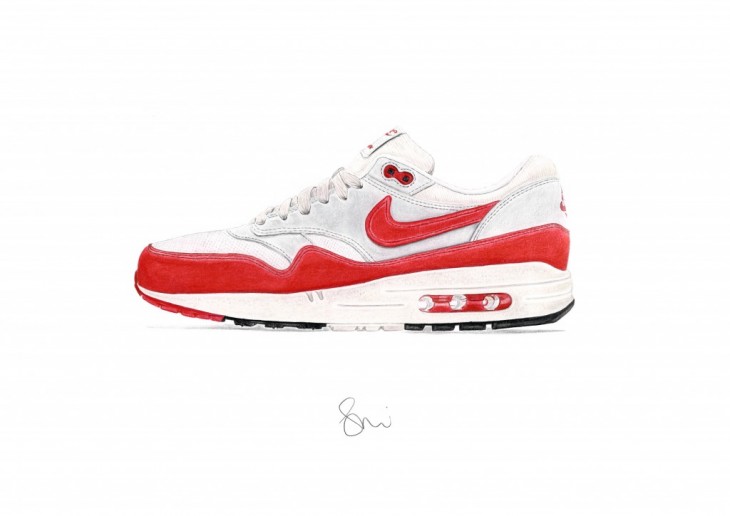 https://www.youtube.com/watch?v=rcSBr4ZKmrQ Known worldwide as the man behind Obey, Shepard Fairey has become synonymous with Andre the Giant, the portrait and image that got the ball rolling all those years ago in the early 90's. Not content with just setting up in towns across America, Shepard began printing his designs onto clothing – T-shirts in particular – causing his Obey brand to explode into a worldwide phenomenon it is today. These T-shirts – and later his entire collection – became another platform onto which Fairey could project his message and ideas. His designs are often political, ranging from critical appropriations of cultural political situations to using colour schemes of Soviet-style propaganda and they have now become synonymous with the brand. https://vimeo.com/64039197 Dave White Long standing friend of size? Dave White has worked with us on many projects over the years, from installations to collaborations. https://www.youtube.com/watch?v=Hl0ZARxUNNc Stemming from his love for the Air Max 95, Dave took his artistic talent and transferred it to trainers, painting what went on to become that iconic canvas. https://vimeo.com/17594317 https://vimeo.com/17520849