Star Quality: A Brief History of the Converse One Star by Gary Warnett 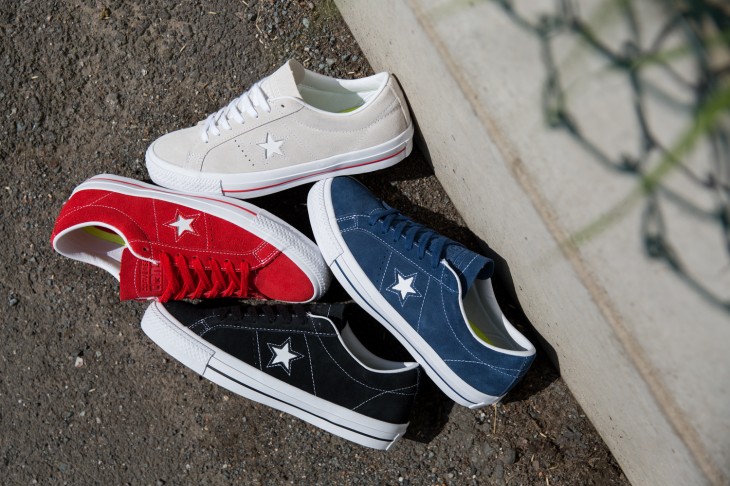 It’s curious to think that suede on a shoe was once considered a bold move. Those basics that we take for granted weren’t basic when they debuted; they had a purpose before being retired. But some shoes just couldn’t stay away. By 1969, the canvas and rubber of Converse’s All Star formula had begun to look a little archaic. After all, the All Star is 98 years old this year; a model that evolved from a non-skid creation that was made for multiple court sports before settling with the then-young game of basketball, which was just 26 years old when the Converse Rubber Shoe Co. introduced the model in 1917. For its earliest form, this hi-top design (not the first basketball shoe — Spalding pioneered it, and pioneered several other designs too, including basketball caps at the turn of the 20th century) didn’t bear the star logo. Instead, a ‘C’ on the circular patch was applied that would disappear in favour of something more recognisable. The familiar star was added around 1921, reportedly at player-salesman Chuck Taylor’s request. That Taylor deal could be considered one of the industry’s original collaborations. 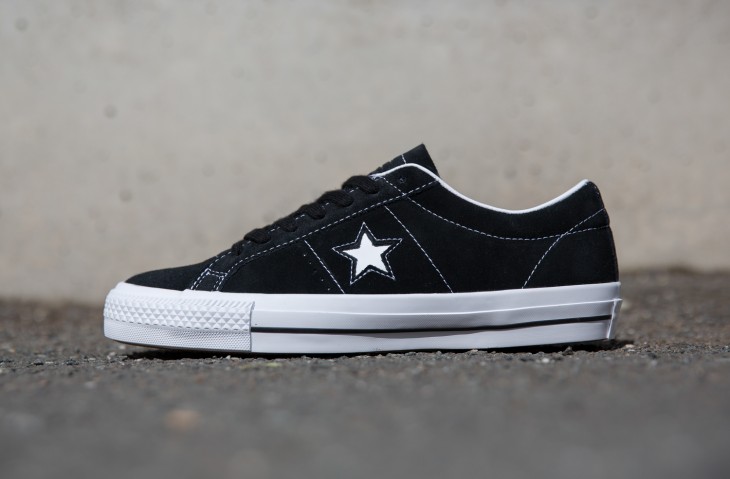 In a world of NASA-inspired foams, propulsive cushioning and seamless uppers, that anyone could play in something so no-frills seems ludicrous. But, as the official shoe of the NBA, the Converse All Star got plenty of time on the court. By the late 1960s, the game started to change. NCAA regulations would ban the bombastic slam dunk manoeuvre from 1967 to 1976, when a new breed of players were coming through. But you can’t defeat progress, and the same year that fuddy-duddy lawmakers scrapped the crowd pleasing move, the ABA was born — a new league that was significantly flashier than the NBA. At the close of the 1960s, PUMA had brought out their Suede and adidas, relatively new to the game, handed the Superstar— a shoe that took the All Star’s protective rubber toe cap to the next level — to select players. Converse needed to change too. In 1969, the Leather All Star was released. With its shock absorbent foam cushioning, contour cut silhouette, a padded tongue, absorbent insole, moulded sole and a new foot formed last, plus two parallel stitched stripes around a cutout star, it was a significant upgrade. Emphasis was placed on a low-cut hoops shoe around this era, preempting the fuss around the cutdown of the Nike Zoom Kobe IV by decades. Available in a suede variation and hi-top editions in the early 1970s, this version of the shoe has been reissued under the One Star Academy and Jack Star 60s name, and was the inspiration for former CONS skater Anthony Pappalardo’s pro model. This new All Star would be the shoe of choice for a few league players and some future legends in their college days. A similar upper would be used on a tweaked sole for the All Star Tennis as well. 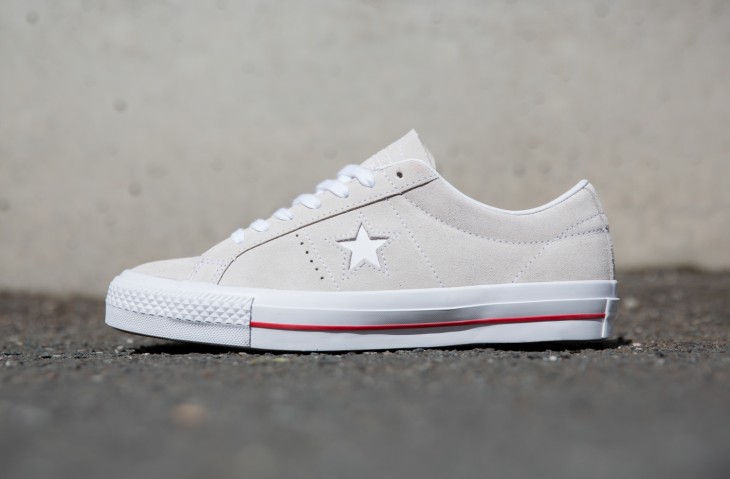 Then there was the One Star. Except, it bore the unimaginative name of the All Star. This was the new pinnacle Converse basketball offering, but it would be short-lived. After its 1969 predecessor spent several years on the market, the new All Star appeared in 1974 (it’s worth noting that a similar stripe-free shoe might have made a brief appearance around 1971). Similar to its predecessor, but shorn of the stripes (possibly for its resemblance to rival brands), a single star stood out. This was the One Star as we know it, in seven suede colourways, black or white leather and a hi-top option (plus another tennis edition). With its Chuck-like sole, but a far more contemporary upper, those who understood good footwear gravitated to it, alongside a few rookies and professionals. According to walking hoops shoe encyclopaedia Bobbito Garcia, in his classic book, Where’d You Get Those?, the shoe would be on the market for a year, before vanishing in 1975. 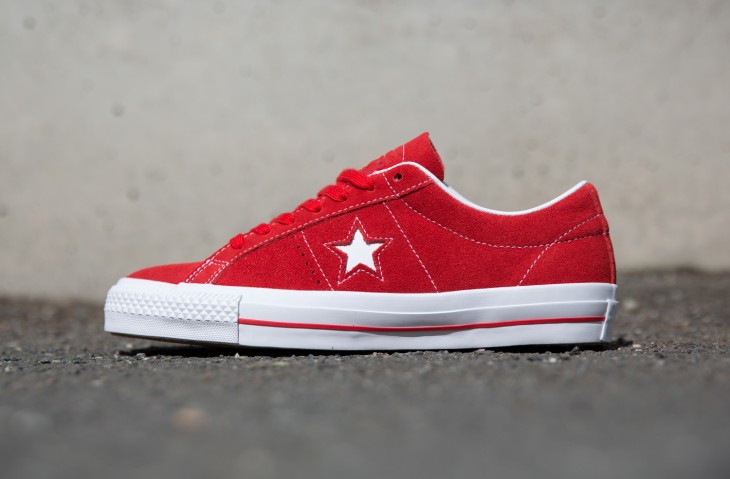 Converse’s signing of Julius “Dr. J” Irving in 1974 would lead to the development of new designs like the Pro Leather, plus the debut of the familiar star chevron branding. Even the canvas All Star II of the era would bear the star chevron over the regular patch. The One Star was a relic. In the late 1980s and early 1990s, consumers began to look backwards. It started with a more discerning audience — Japanese collectors, connoisseurs, skaters, clubbers in a jazzier mood and visible style leaders like the Beastie Boys were actively seeking old sports footwear. Sports shop basements were raided and mark ups were made in boutiques worldwide as the mood for “old school” shoes snowballed into a craze. Brands like adidas and PUMA reacted by quietly reissuing the same staples that pushed Converse to release something different two decades earlier. According to a 1997 New Yorker article on “cool hunting” by Malcolm Gladwell, it was a Converse executive called Baysie Wightman who pushed to bring back an older style that caught this wave after some retail research in 1992. In 1993, the 1974 All Star returned as the One Star. That same year, in a piece in The Independent, 6876 founder Kenneth Mackenzie, then working for legendary retailer Duffer of St George, predicted that the One Star was the next shoe to blow up. He wasn’t wrong. It would be a plaid-clad artist, who routinely railed against corporate appropriation, that would inadvertently elevate the One Star. The slacker style of an aesthetic and sound christened grunge embraced the Chuck as a no frills antidote to expensive, technical shoes that had a rock and punk legacy. Photogenic, and oft-imitated, Nirvana frontman Kurt Cobain was frequently spotted in Chuck Taylors, but in his last days, his sole shoes were One Stars. After his passing in April 1994, an intrusive and heavily distributed shot of Cobain’s body made the black and white shoe a focal point. It’s a connection that shifted units through association, and one that would be made official when Converse put out a special Cobain edition 14 years later. 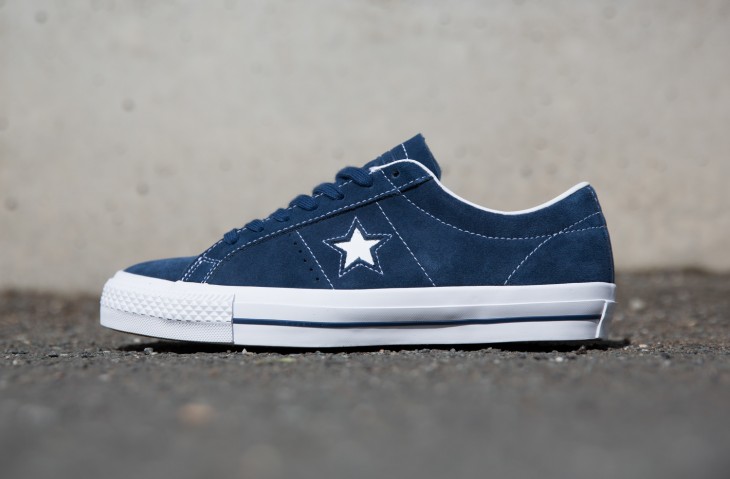 Talk to anyone who skated in the mid 1990s, and they’re liable to get wide-eyed at mention of this model. The feel, the materials and the accessibility made them right for the moment. Skate veteran Greg Finch, the founder of Orsman (who also puts in hours at Life’s a Beach and Palace), wore some back in his native South Africa, “I skated them and I remember them being fantastic.” Converse would advertise in publications like the short-lived DIRT (a Sassy spin off for males) and Thrasher with lo-fi ads promoting “Authentic 1970’s Converse One Star”, alongside a phone number, blurring the lines between deadstock and retro. Pioneering (and much-missed) streetwear stores like Bond International and Glasgow’s Dr Jives would stock them, as the brand actively courted the discerning skate fraternity. One of the founders of DIRT, photographer and filmmaker Spike Jonze, would play a significant role in popularising the shoe, through that publication, in Girl’s 1996 video Mouse and in a One Star commercial that he directed. Crooked Tongues alumni and shoe connoisseur Charlie Morgan was paying attention to those ads, “I saw them featured in DIRT magazine which was one of the greatest magazines ever. That ad hit me. The Kurt Cobain thing was one of the reasons I liked them too. For me, it was more of a shoe than the All Star — there was more to it.” 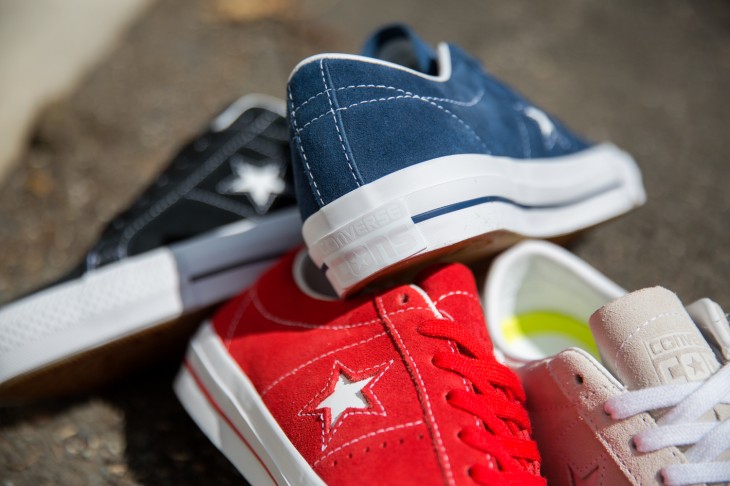 Despite his age, Guy Mariano was a veteran skater by 1996, but his section in Mouse remains a favourite to this day. Many of those who ran off to practise their switch flips immediately after the tape ended had his shoes on their mind. Mariano wears several styles in this much studied three and a half minutes, including Vans and the Pro Leather, but the One Star really resonated. In the past, Eric Koston has mentioned boxes of Converse being sent to Girl HQ in the mid 1990s, and Guy Mariano was part of a rebooted Converse skate team, as evidenced by 1995 ads where he wears something a little chunkier than a One Star on his feet. Another legend, Matt Hensley, would wear a pair, as would another west coast favourite, Larry Moore. Gareth Skewis, of Palace, Slam City Skates and LFT FLD is a One Star enthusiast who watched the shoe’s moment in the skate world intently, “At the same time that Vans Old Skool or 36 were popular, the One Star was big,” he says. “I associate a Pro Leather more with the FTC Penal Code 100A video, Rick Howard and Mike Carroll. Mariano wearing them in ’96 was quite late, but they would have been filming over the previous couple of years.” Skewis still keeps an eye out for pairs from that period, “I got some deadstock, baby blue, made in the USA One Stars bought for me from New York a few years back.” No talk of the One Star’s 1990s highlights would be complete without mention of the One Star Thick. Long before any socks and slides promos, it would be the product of Wightman’s cool hunt in Boston that led to a laceless version of the shoe, as well as a straightforward One Star reissue. Boutique owner DeeDee Gordon (who, herself would go on to start her own trend hunting business) predicted the rise of the slide in a cholo girl style. Converse created the One Star Thick in response and it became a female streetwear staple of the era alongside a cargo skirt or maharishi Snopants. 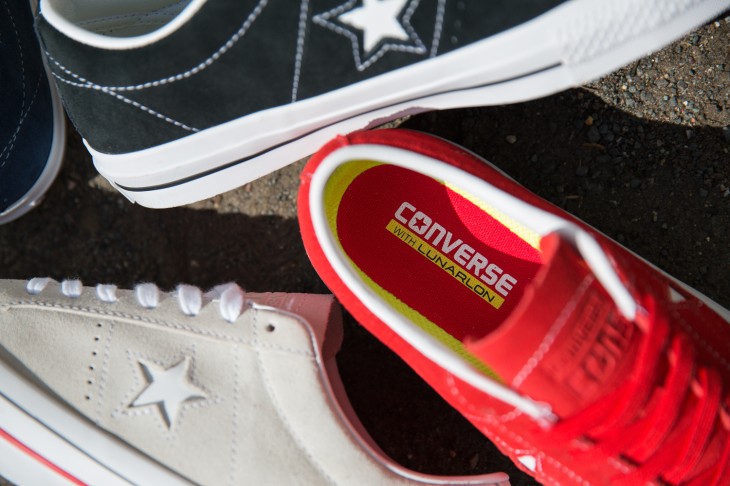 These foundations gave the One Star a second life as a lifestyle design that connected with cultures like few other shoes could. Looking back, it’s unsurprising — the simplicity was key to its versatility, the colours tapped into the spirit of the era and that stylistic union of Chuck sleekness and the PUMA Suede’s more premium feel was appealing. During multiple booms of the 1990s, the design was both in demand and an affordable grab from sale racks. Its inclusion in the top tier Converse First String line (complete with a remix from NUMBER (NINE), whose founder Takahiro Miyashita has made no secret of his grunge fixation) and on the feet of a new breed of skaters like Sage Elsesser (Supreme’s Cherry was a huge push back into the skate industry for the Chuck) and newly-pro Polar team member Aaron Herrington have maintained that lengthy connection to fashion and skate. With previous issues with comfort (that shape could be extremely unforgiving) solved through a CONS skate-centric edition that uses Nike’s Lunarlon in the footbed and a new tooling, plus other editions set to drop beyond the skate division, history is repeating itself without the blisters this time round. The cyclical nature of trends, plus a new generation’s fascination with grunge style — from the stripe tees to the sunglasses — look set to resurrect the shoe that went from a relative commercial dud to an icon throughout the last 40 years. The Converse One Star launches online and in size? stores this coming Wednesday. 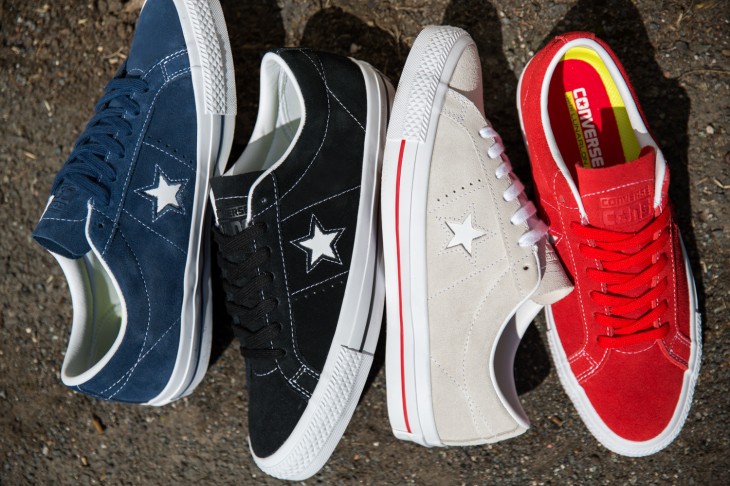