This is the collection of Leon Witherow, a renowned sneaker collector and global authority on Air Presto. An Australian based out of Amsterdam, Leon has gone to great lengths to attain some of the rarest and most sought after pieces in existence.

We are proud to showcase his top ten Prestos which are currently on display in the Sneaker Cube at Niketown London. To see more of his collection also check out @prestology on Instagram. 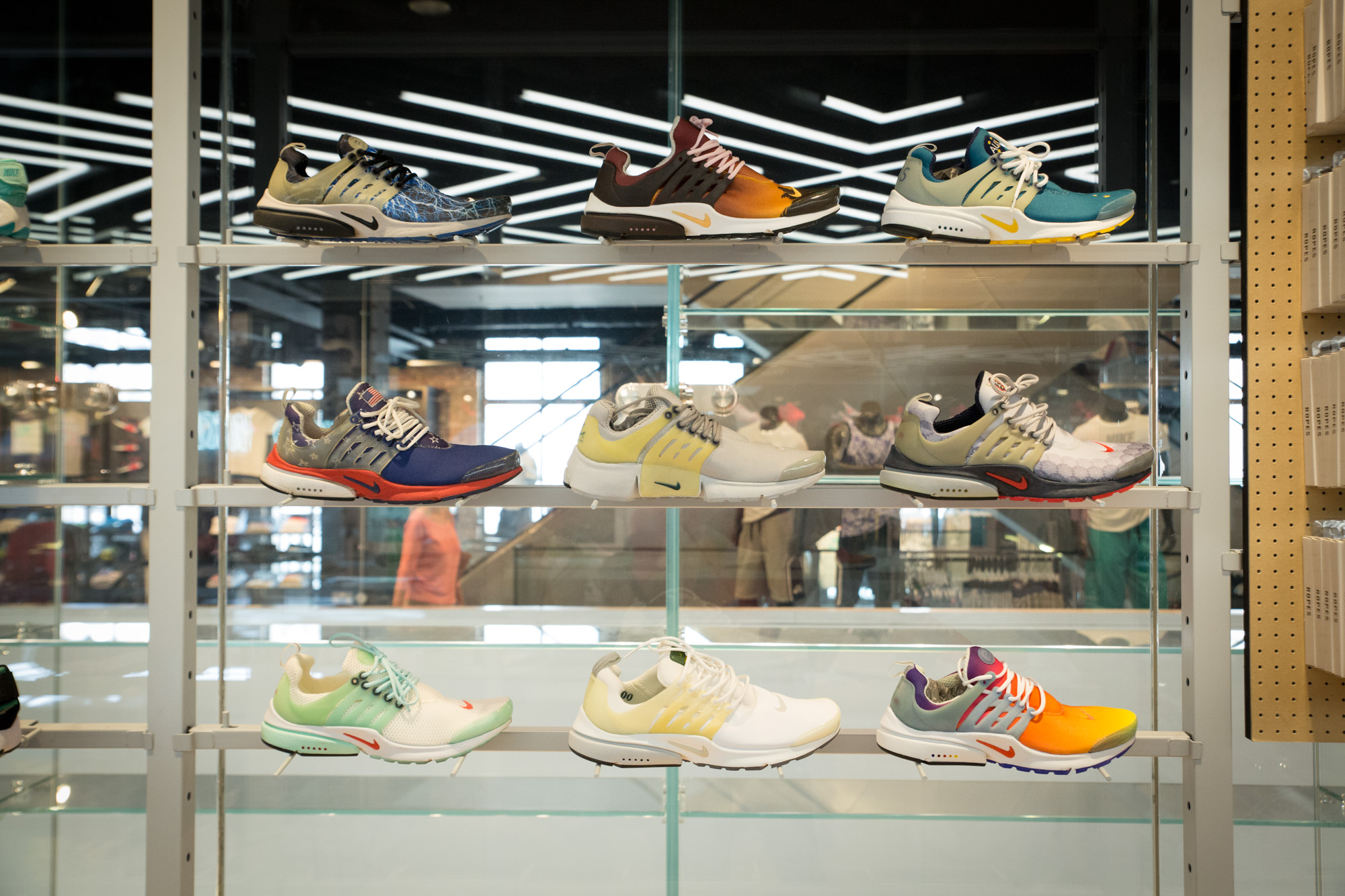 All Proceeds of sales went to the ‘Fresh Air’ Fund, which organises vacations for low-income families in the USA.  This pair, designed by Sarah Jessica Parker, were part of the first run of the legendary Nike Artist Series.  This specific pair is number 78 of 1000 produced. 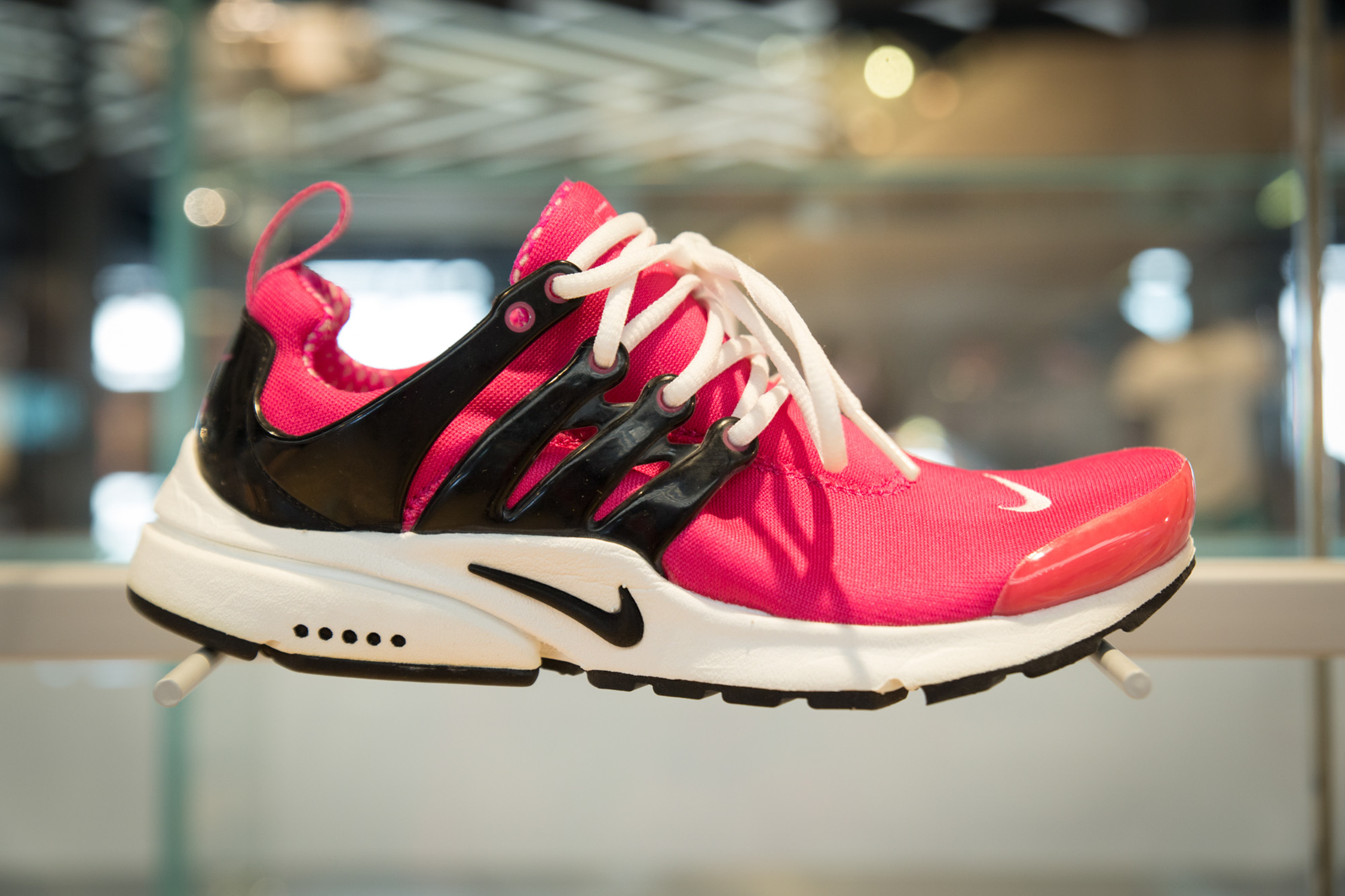 A fitting tribute to a legendary Nike athlete – Hicham El Gerrouj.  It was the first time the Presto had been incorporated into a multi-model pack of shoes.  The pack also included a Huarache & Air Max 1. 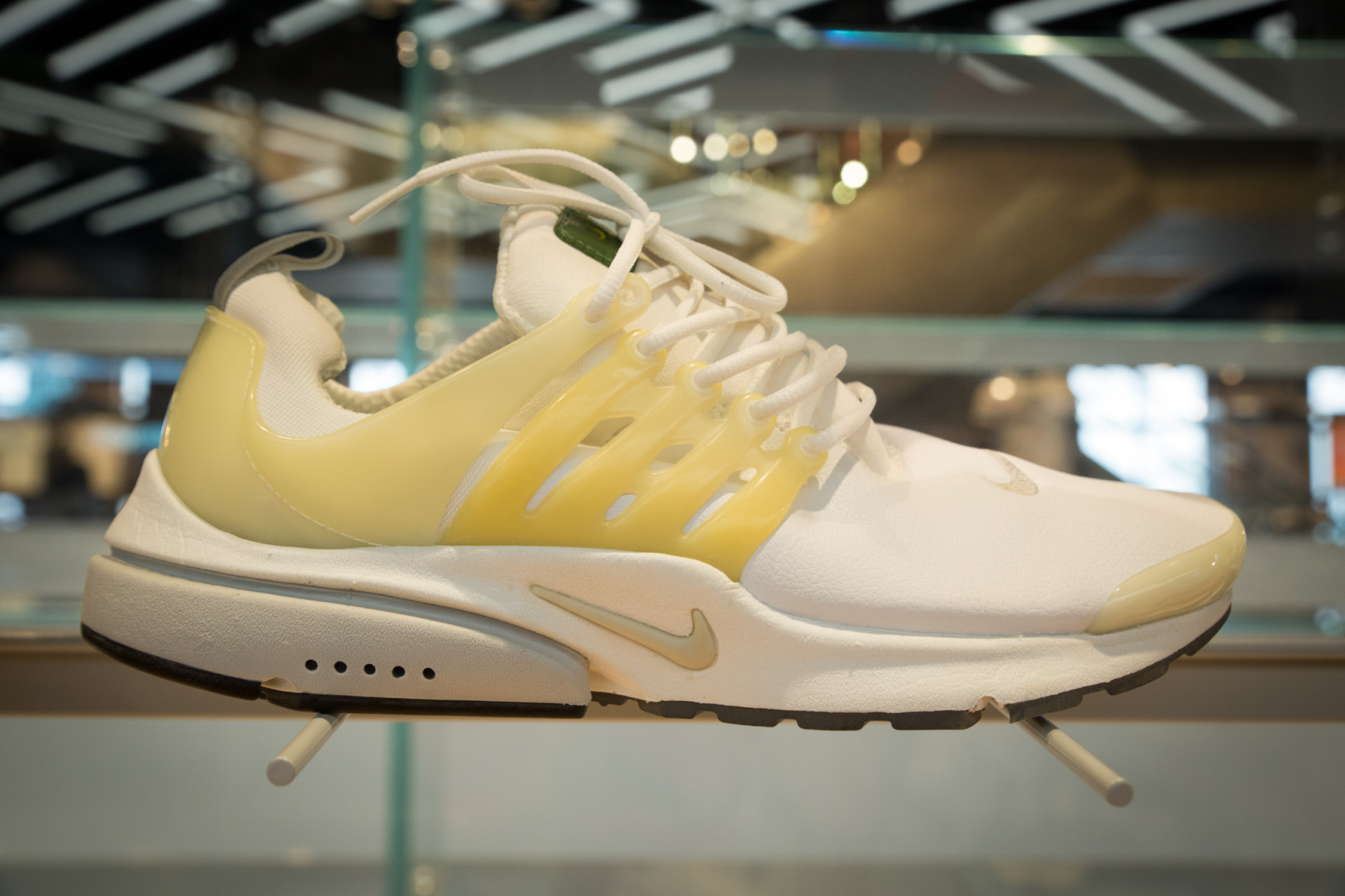 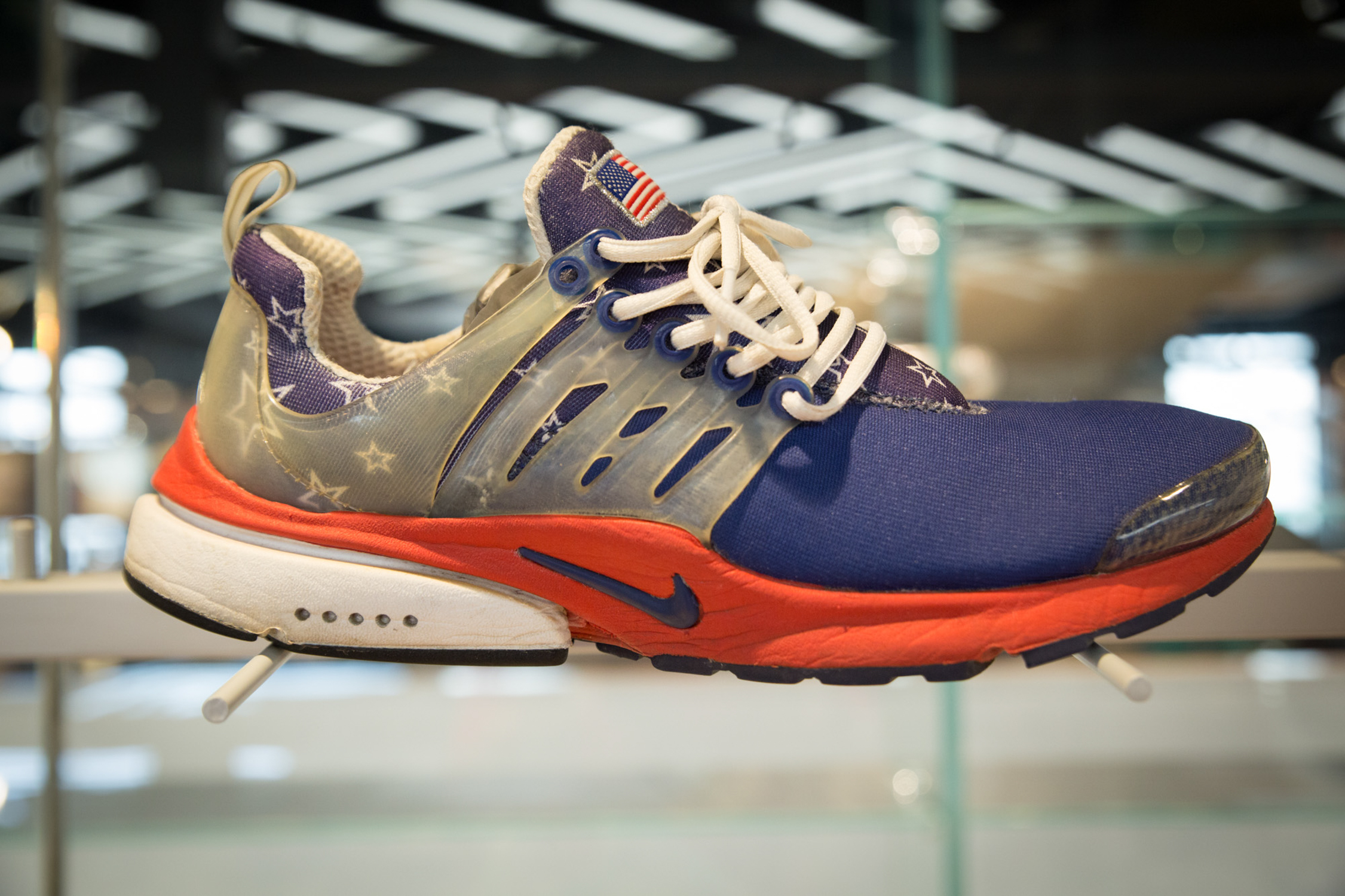 This pair was commisioned for, worn by and signed by Eric Clapton during his 2001 world tour, the rarest pair in Leons collection.  They were originally auctioned off for charity, with the proceeds going towards the creation of a welfare center in Antigua that same year. 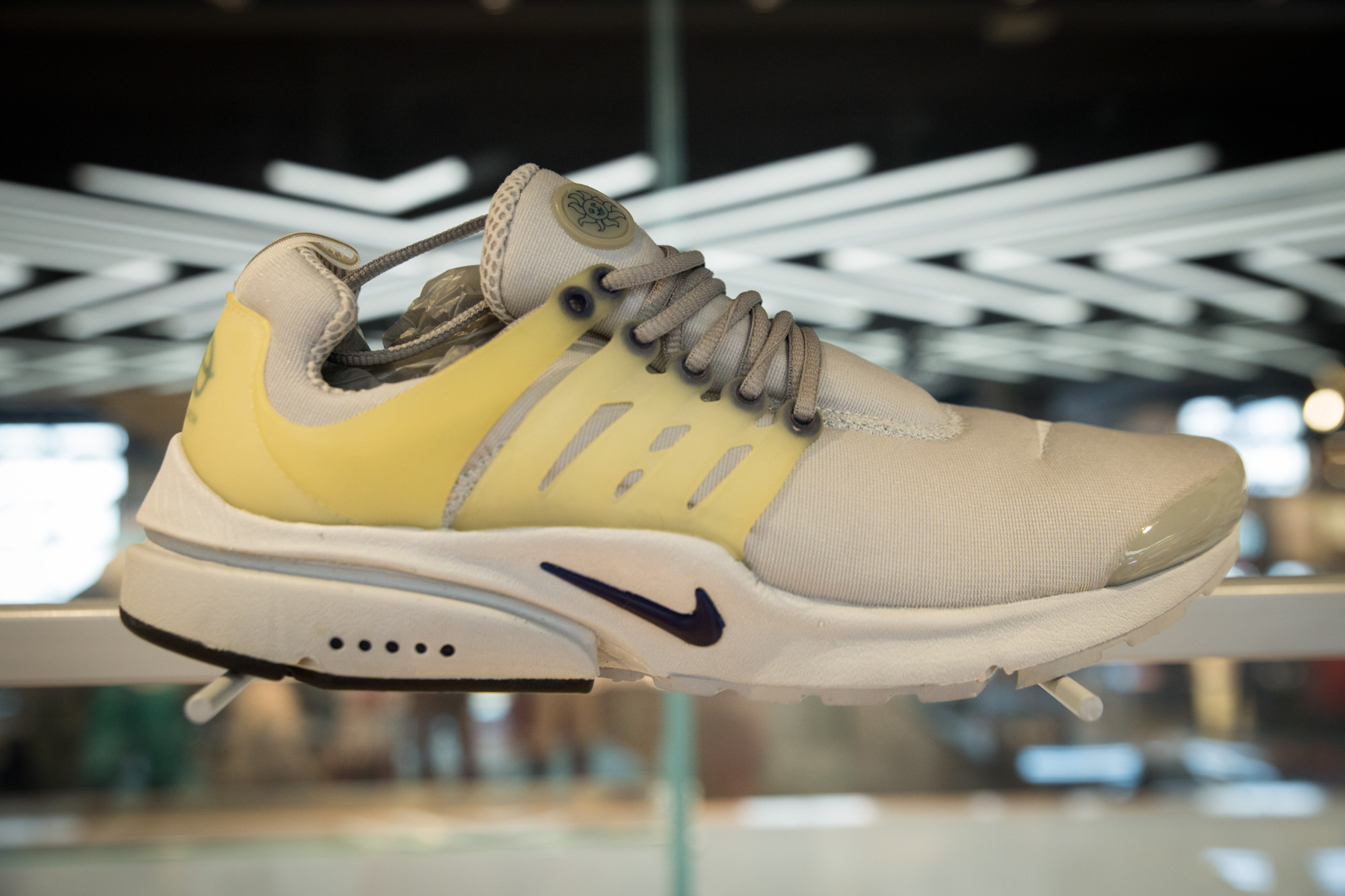 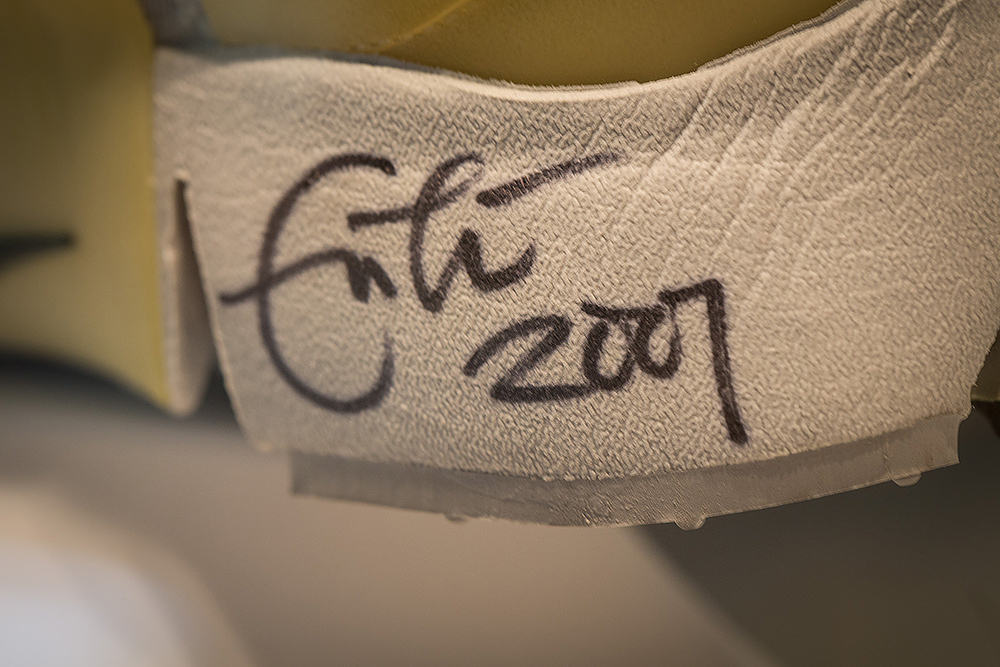 This pair was created only for athletes and VIP’s of the Sydney 2000 Olympic Games.  The two pairs Leon owns were both found in discount bins at thrift stores. 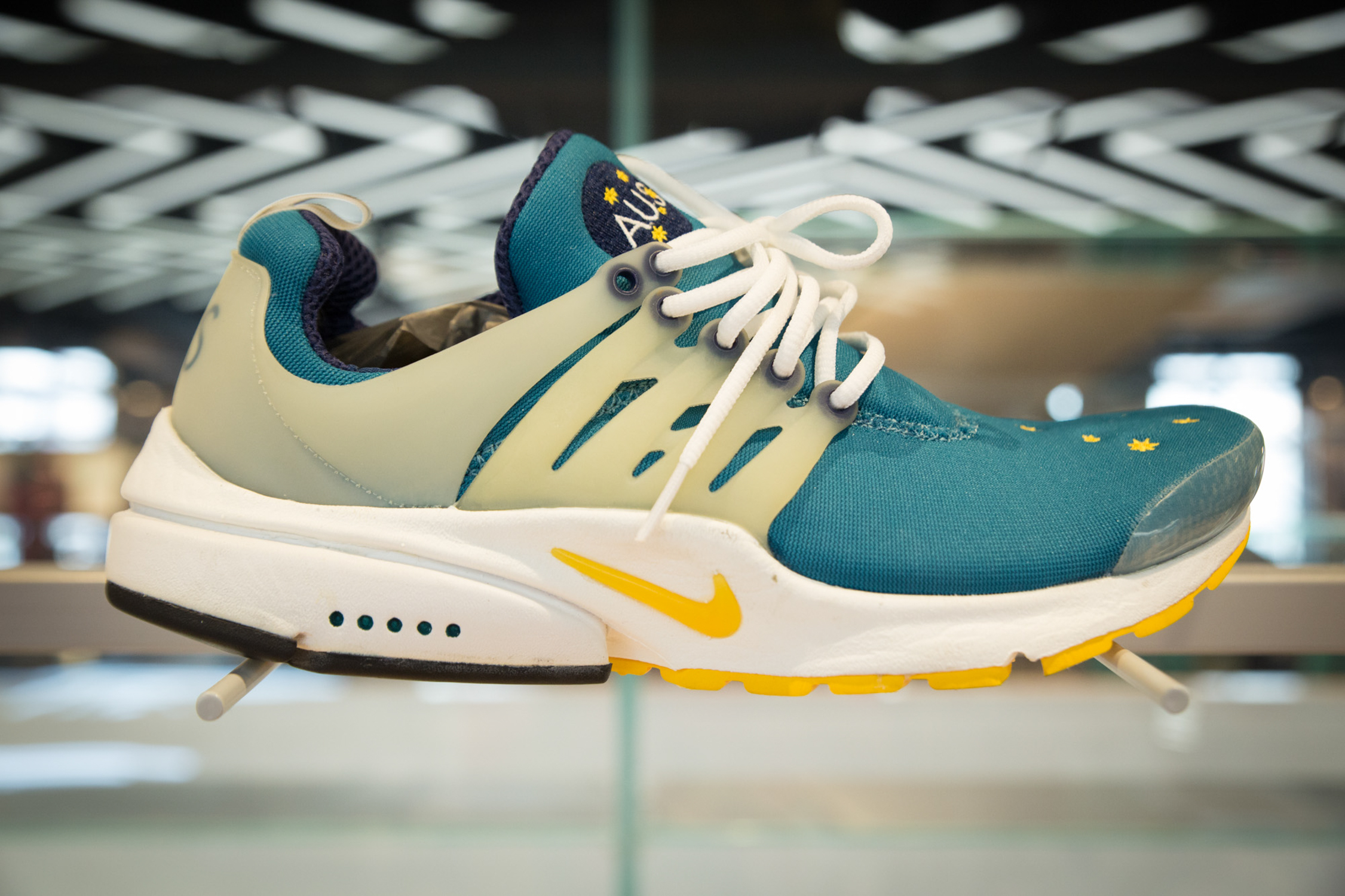 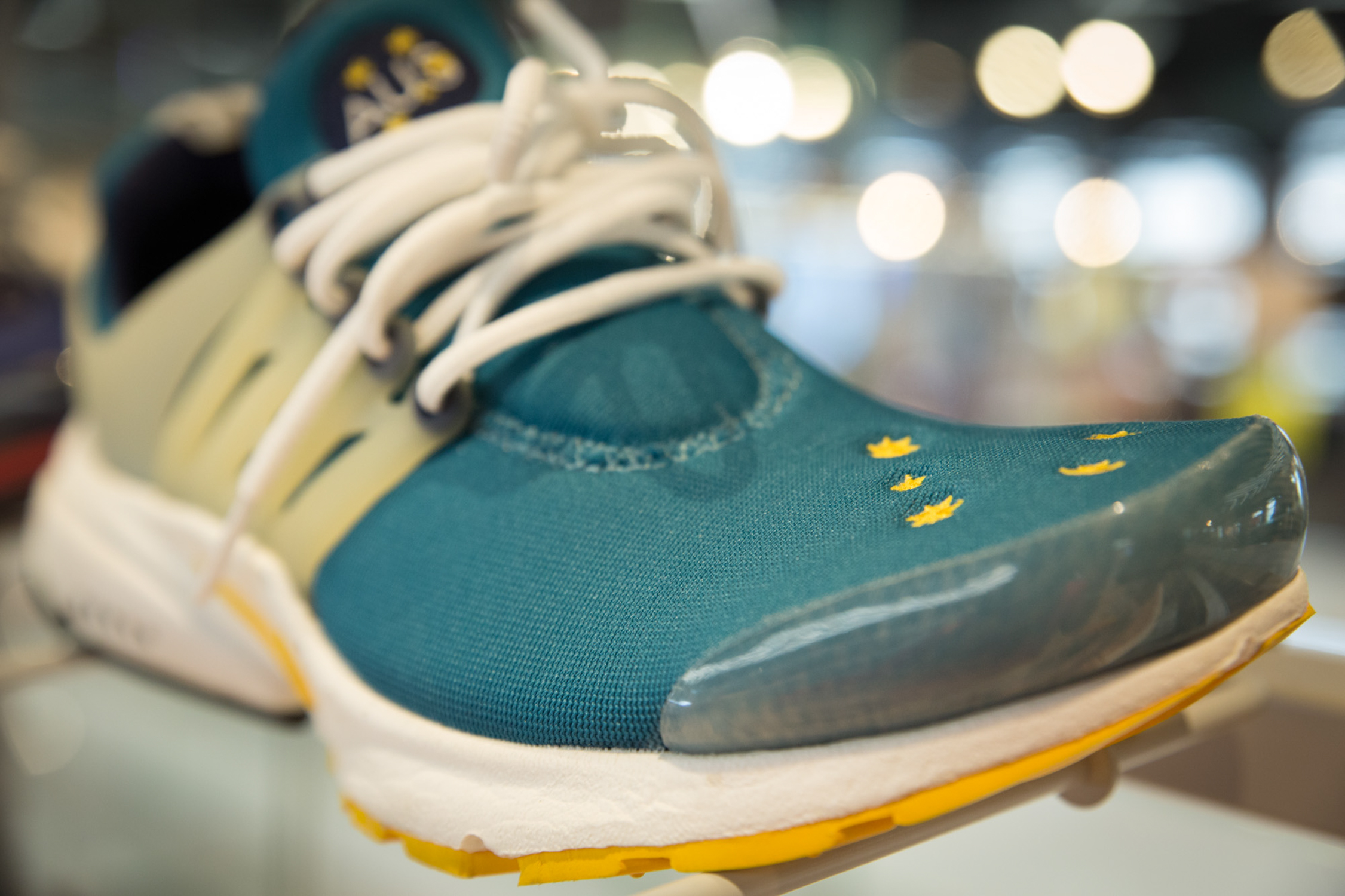 Early press photos show this pair with a dark blue upper which was changed to the current grey, so the pair has an air of mystique around them and celebrates the USA Olympic team of the 2000 games. 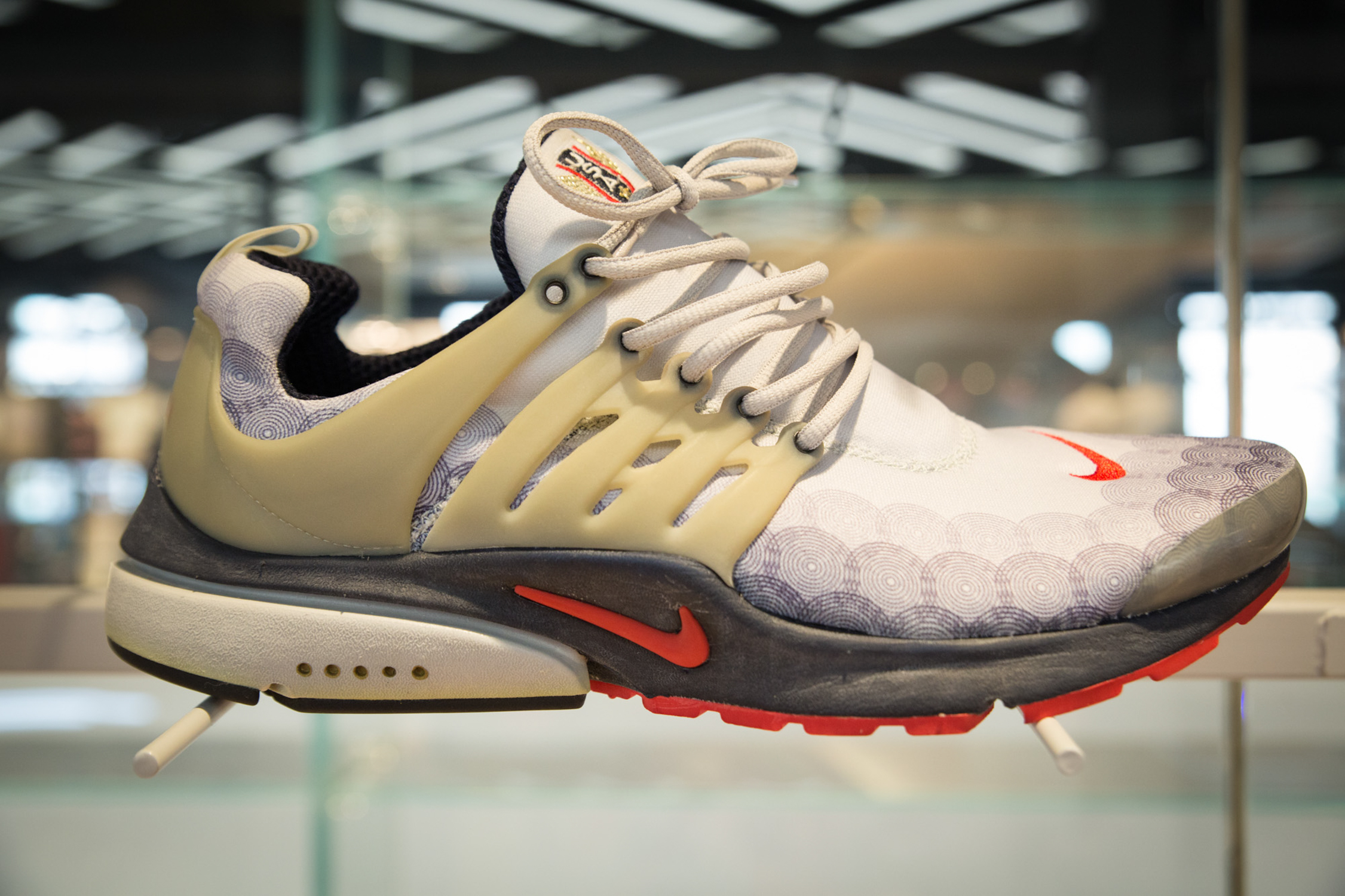 The colourway represents Nikes ‘Be True’ philosophy, and was only available at retail from stores in Japan. 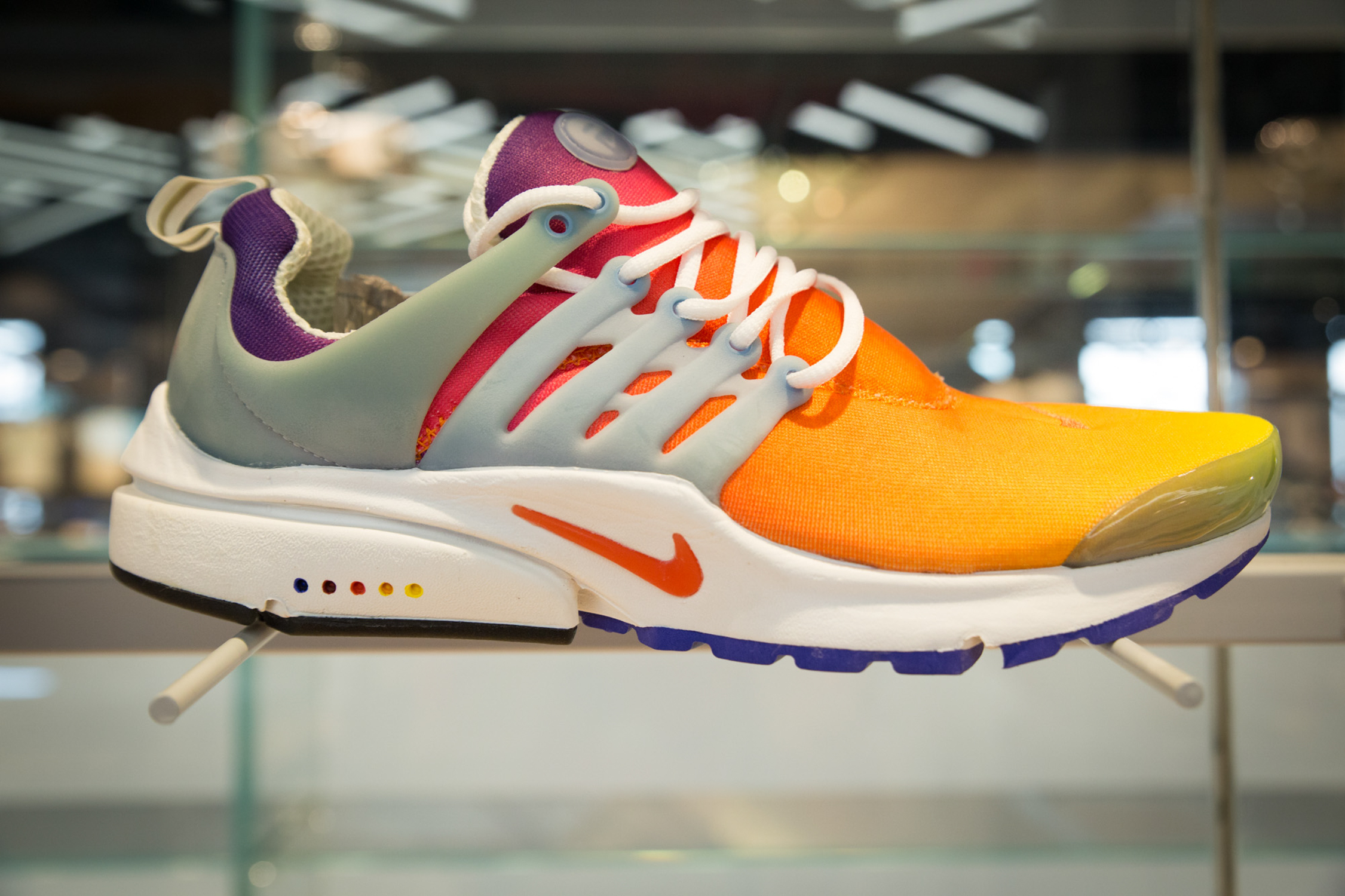 One of the original 13 colourways, the Lightning graphic adorned across the upper has made it one of the most recognisable Presto’s of all time. 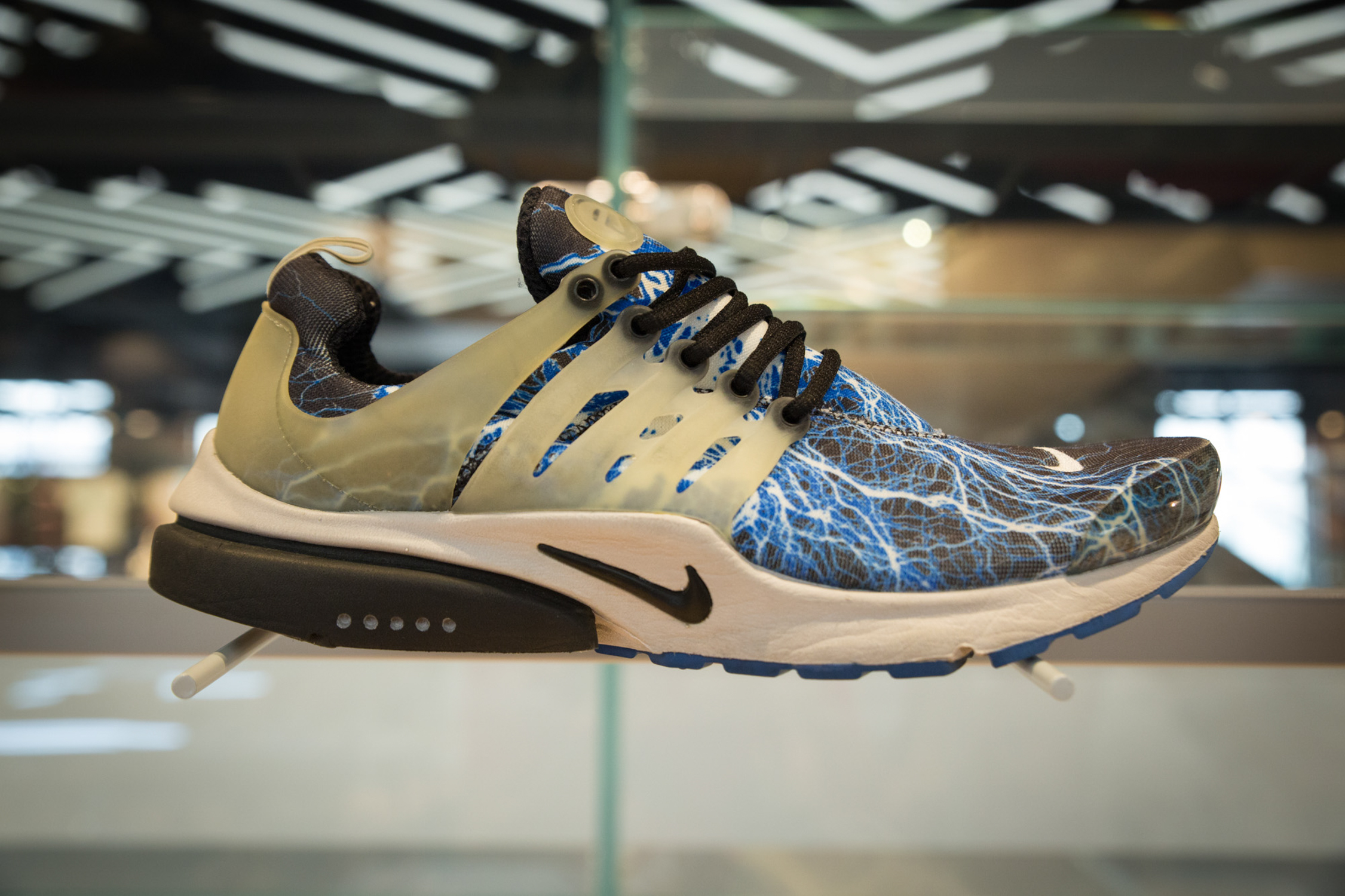 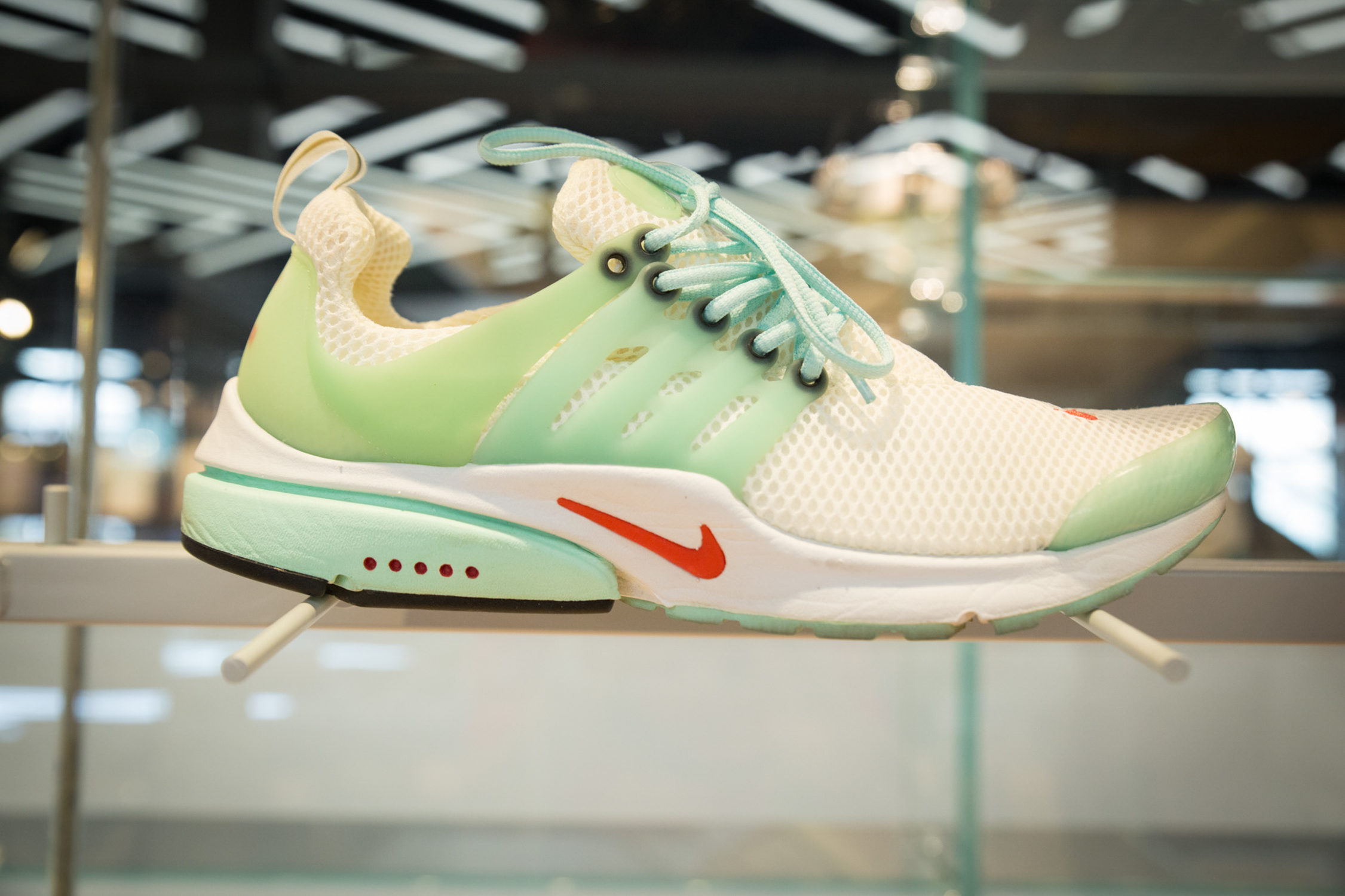 This pair is Leons ultimate grail shoe, spending 8 years trying to track a pair down.  With only 48 pairs available from Niketown Honolulu, it was the first of many legendary collaborations between Nike and Sole Collector magazine. 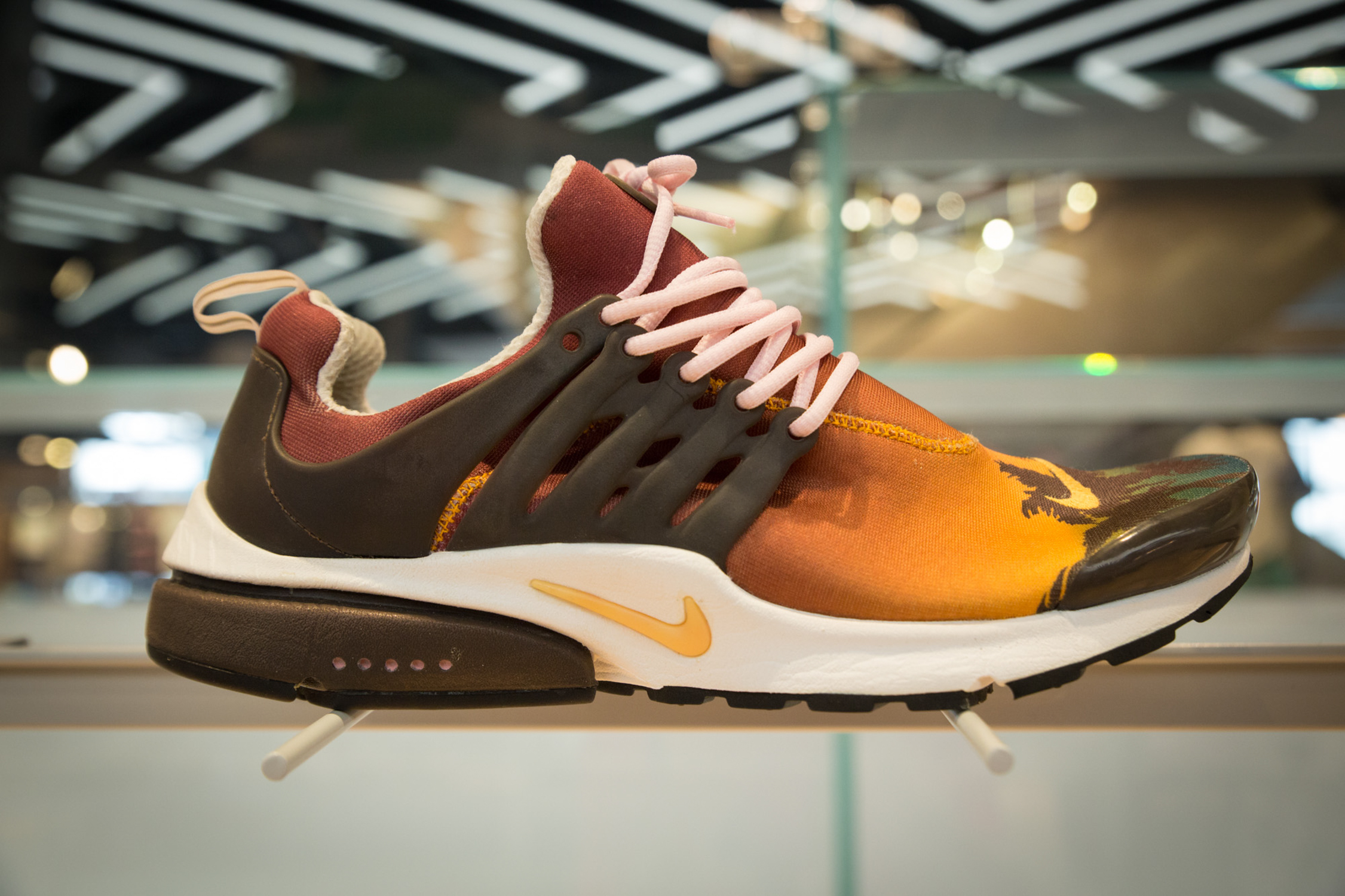