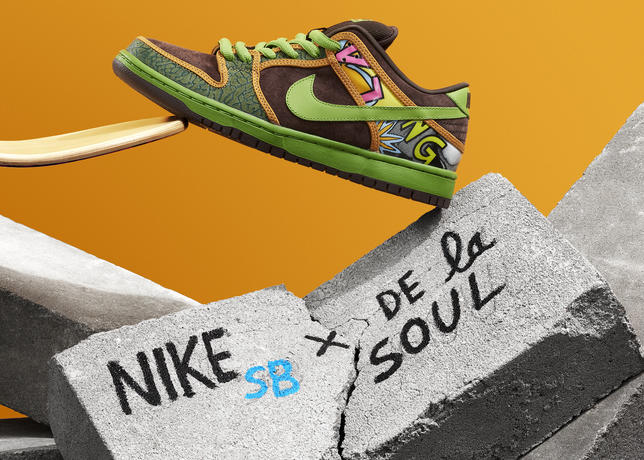 The De La Soul Dunk Ain’t Dead.
In 1989, Long Island trio De La Soul boldly announced their arrival on a burgeoning hip-hop scene with oodles of clever wordplay, a perfect grip of eclectic samples and a unique point of view the likes of which the genre had never seen before. The result was 3 Feet High and Rising, the group’s classic debut album that largely bucked hip hop trends of the day in favour of a sound one could only characterise as more peace medallion than dookie gold chain. 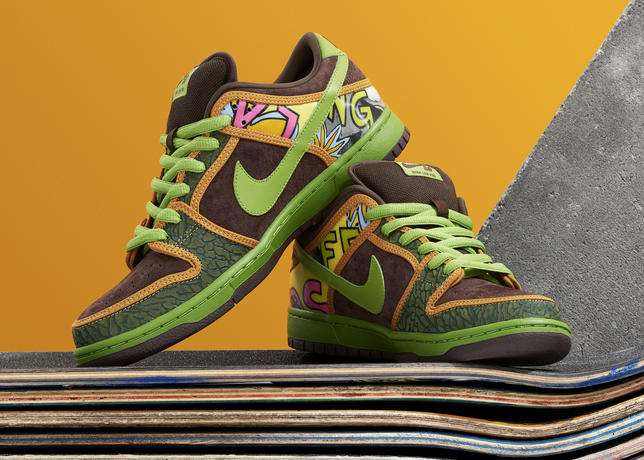 Posdnuos, Trugoy the Dove and PA Mase (aka Plugs 1, 2 and 3) eschewed the typical braggadocio-style of rhyming from that era with a more laid-back leftfield approach, simultaneously expanding any perceived limitations in hip-hop as well as the audience make-up of those who listen to it. Transmitting live from Mars, The DA.I.S.Y. Age (short for Da Inner Sound Ya’ll) had officially begun. As long-time fans of both the group and their music, a fresh-faced Nike SB released a Dunk Low Premium SB in honor of De La’s debut opus in 2005. A key release in SB’s crucial early years, the collaboration quickly became one of the brand’s most successful and sought-after releases. 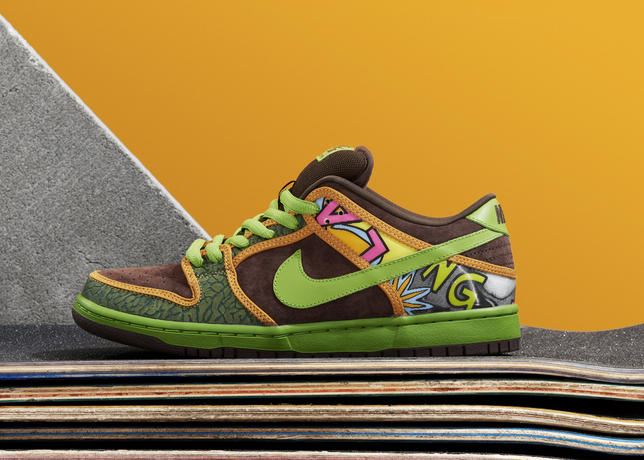 In 2015, Nike SB have announced that the DA.I.S.Y. Age has returned. Commemorating the 10-year anniversary of the original high, the legendary De La Soul Dunk is back in an all-new low version, complete in premium baroque brown/altitude green leather with vinyl holographic uppers once again featuring 3 Feet High’s iconic album cover artwork. Don’t sleep on this incredible encore performance. The Dunk Low Premium 'De La Soul' will be launching online this coming Saturday (16th May) at 8:00am BST via direct links on our Facebook and Twitter pages, in size? Manchester & Milan and in our dedicated Nike SB spaces in size? Carnaby Street, Amsterdam and Paris from their respective opening times. They will be priced at £85 in UK sizes 6 - 11. 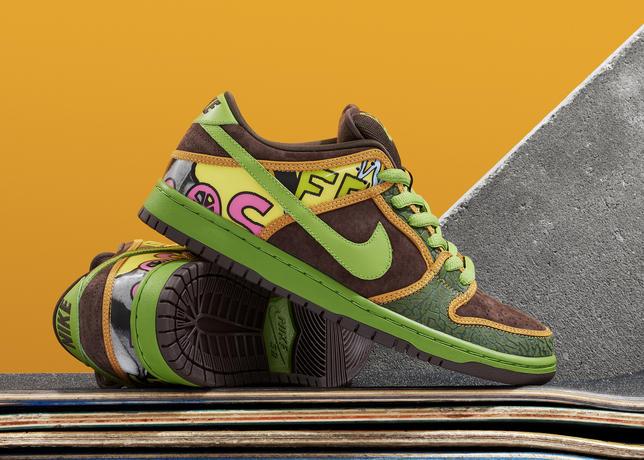