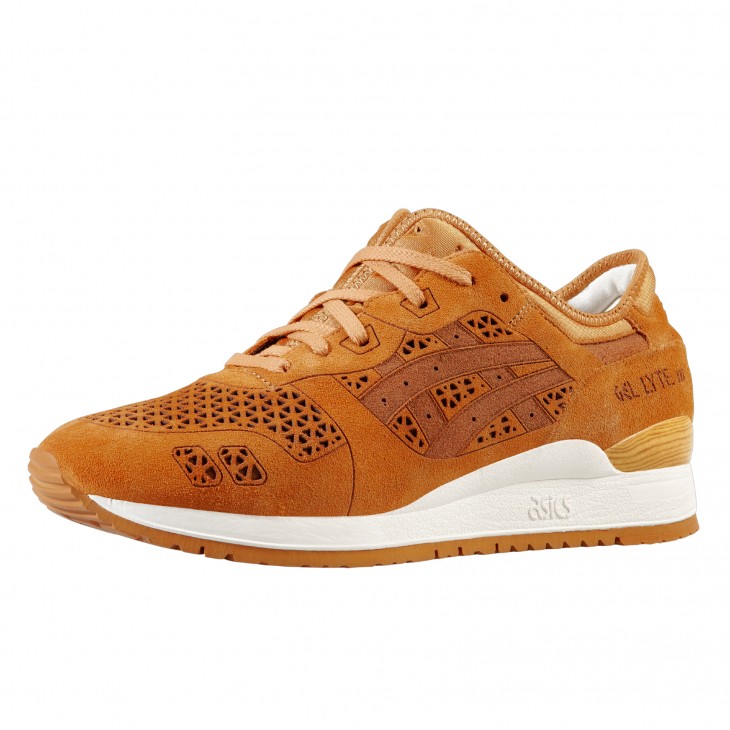 In April 2015, ASICS Tiger will unveil its Laser Cut Pack as they continue to commemorate the iconic GEL-LYTE III’s 25th anniversary. Created by Shigeyuki Mitsui back in 1990, the GEL-LYTE III broke the mold of conventional shoe design by combining the highest levels of technology, function and style. Features such as its unorthodox, yet functional split tongue and low to high density midsole made this shoe a revolution in the highly competitive footwear design industry. Following in its cutting edge footsteps, the Laser Cut Pack (GEL-LYTE III LC) is the first ASICS Tiger lifestyle shoe to feature innovative laser cutting technology. 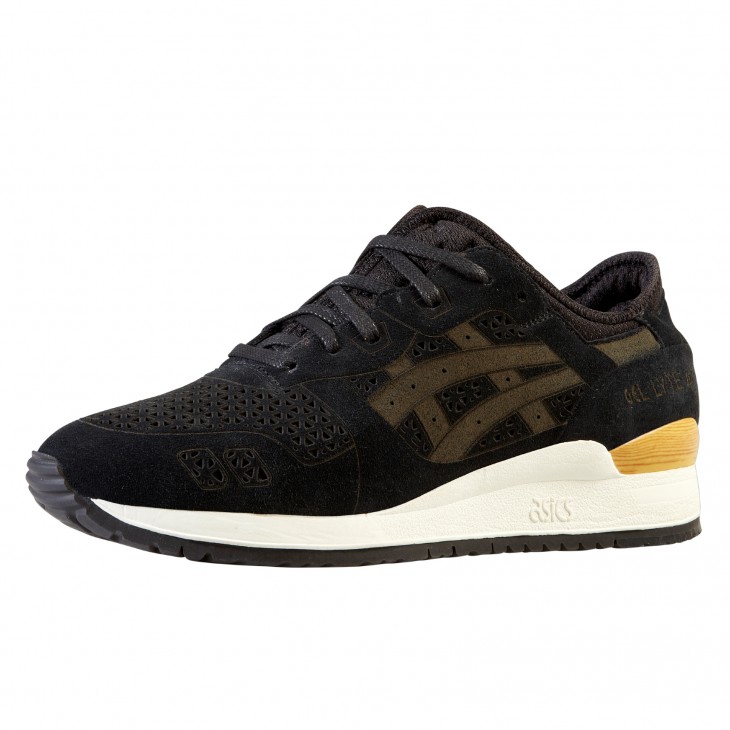 Using laser cutting, ASICS Tiger has created a one-piece suede upper that not only makes this GEL-LYTE III unique, but also eliminates stitching and reduces the need for additional components. The ability to carve the material with sheer precision gives the GEL-LYTE III an added layer of dimension, and provides a refreshing new look to this beloved everyday staple. The Laser Cut Pack comes in three colourways – black, burgundy and tan and features a wood inspired heel counter. 2015 will continue to celebrate the 25th anniversary of the GEL-LYTE III with highly anticipated collaborations with key retailers globally. 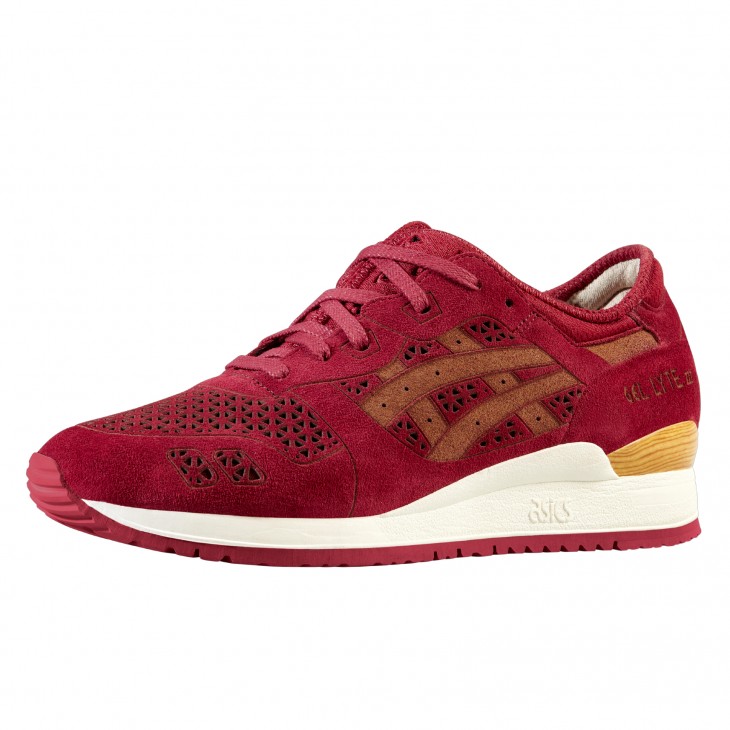 The GEL-LYTE III Laser Cut Pack releases online this coming Friday (17th April) at 8:00am BST via direct links on our Facebook and Twitter pages and in size? stores from their respective opening times. They will each be priced at £115 in UK sizes 5 - 12 (including half sizes)