2015 is set to be an exciting year for ASICS Tiger with a brand rename, the 25th Anniversary of the GEL-LYTE III and a new 'EVO' series of footwear.  On Thursday night we were invited to see what they've got planned at the ASICS Tiger relaunch event. Held in the impressive Boiler House space at the Truman Brewery, guests were transported to the home of sports lifestyle and technology, recreating a Shibuya side street in 90’s Tokyo. Whilst enjoying traditional Chicken Katsu and Takoyaki, there were short introductions from senior ASICS Tiger employees talking through the history of the brand and the discussion of several limited collaboration's set to launch throughout the coming year. Also in attendance was special guest Shigeyuki Mitsui, the original designer of the GEL-LYTE III who still continues to oversee design at the ASICS Tiger HQ in Kobe, Japan. He shared with us the various inspirations behind his original concepts, his delight at how the shoe has crossed over from performance running to fashion, and his thoughts on the GEL-LYTE III celebrating it’s 25th year on the market. Those attending were tasked to put their gaming skills to the test in the ASICS Shibuya Arcade. Using green-screen technology, an interactive 8-bit running game was set up where the user was transported into a side-scrolling street filled with obstacles, with Tokyo’s iconic cityscape featuring in the background. Alongside this celebration of the brands heritage, ASICS Tiger have created a new ‘EVO’ series of footwear. Using the basic skeleton and design concepts of an archive shoe, they’ve evolved the upper and midsole by updating it with several new technologies developed within their comprehensive research facility in Japan. To kick off, they’ve experimented with two of their most recognisable running silhouettes, the GEL-LYTE III and GEL-Kayano. 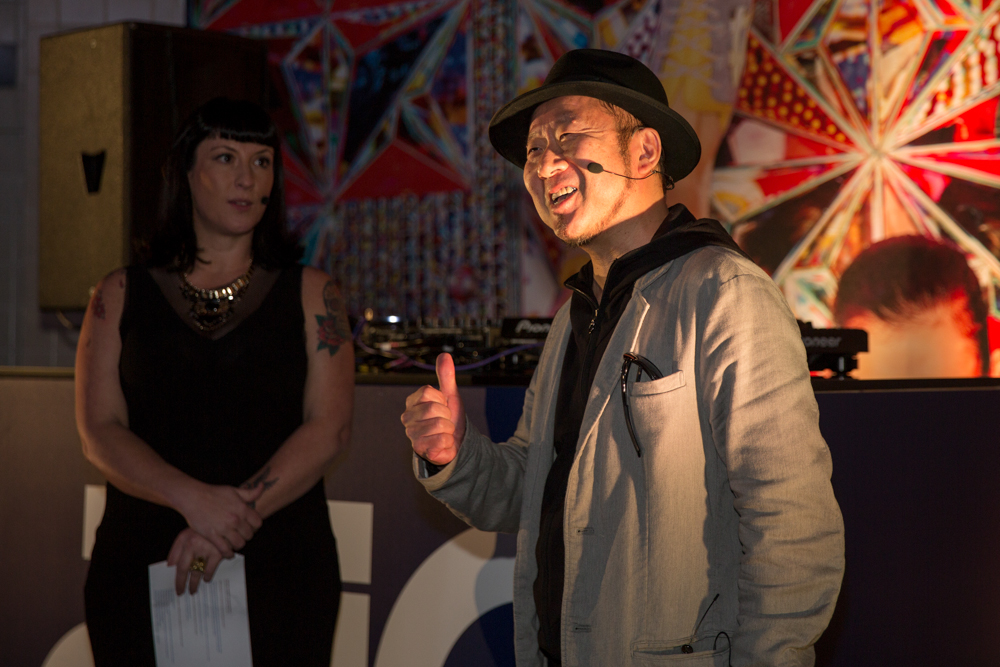 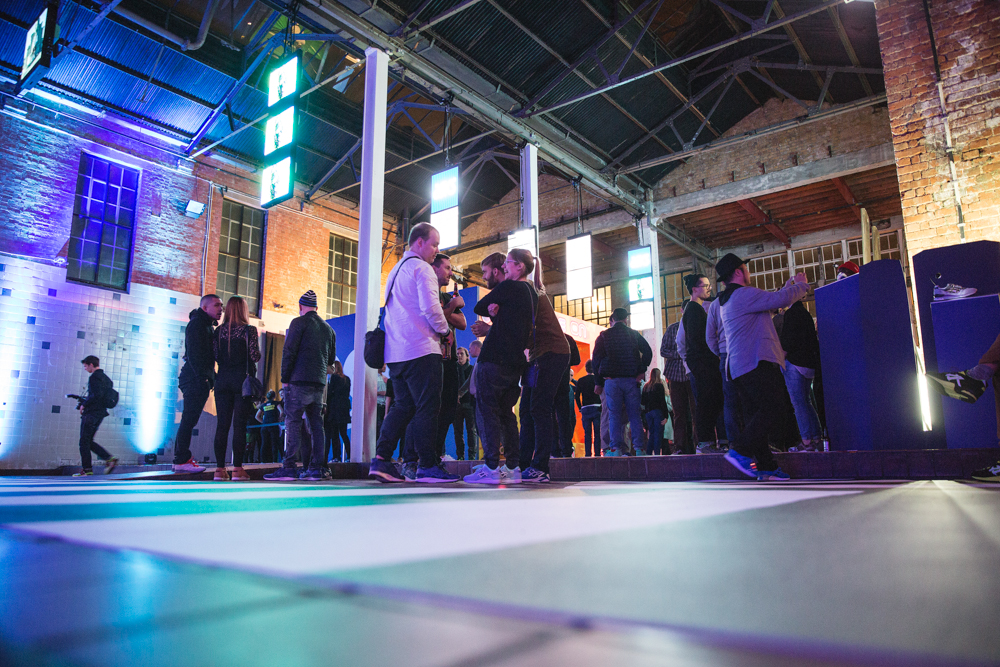 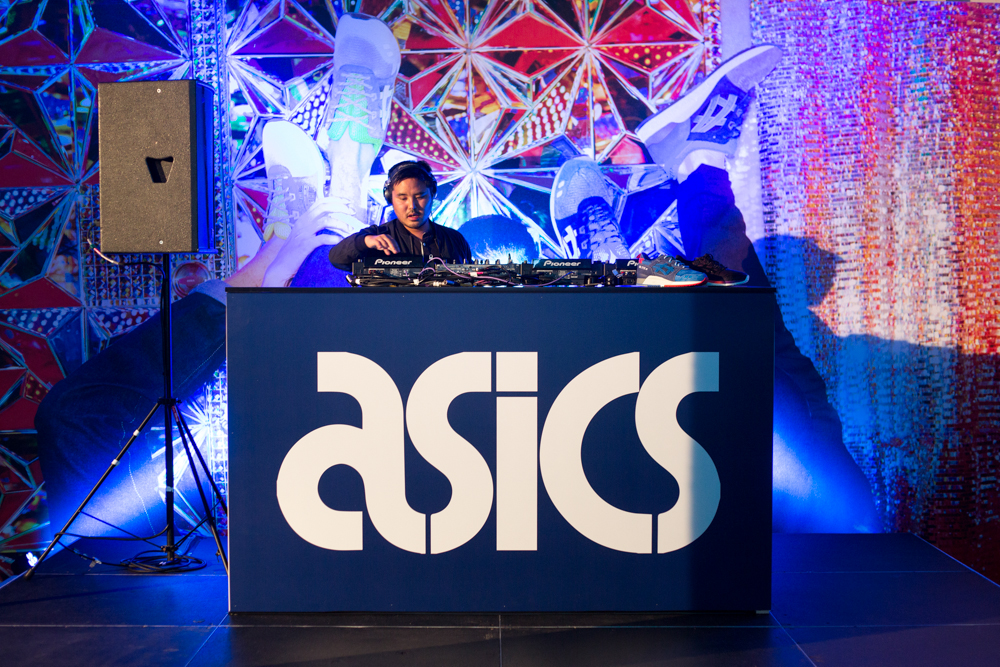 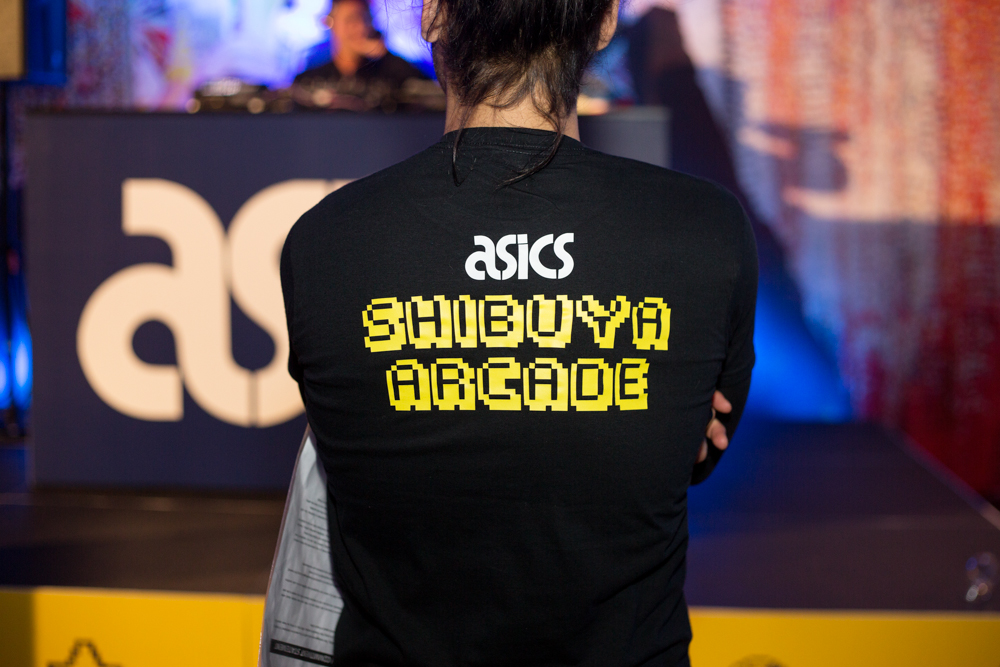 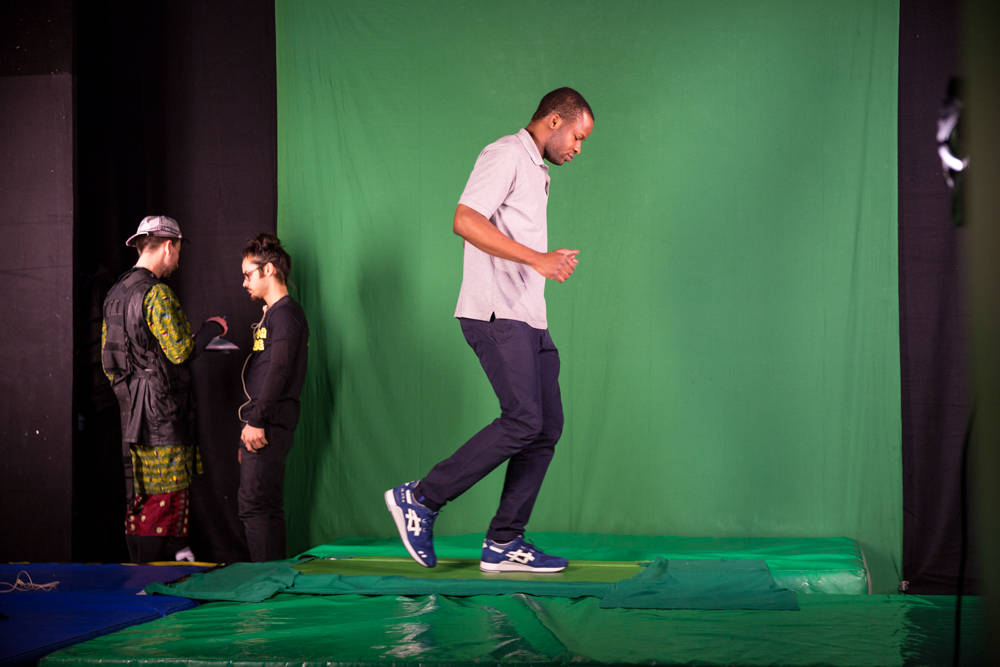 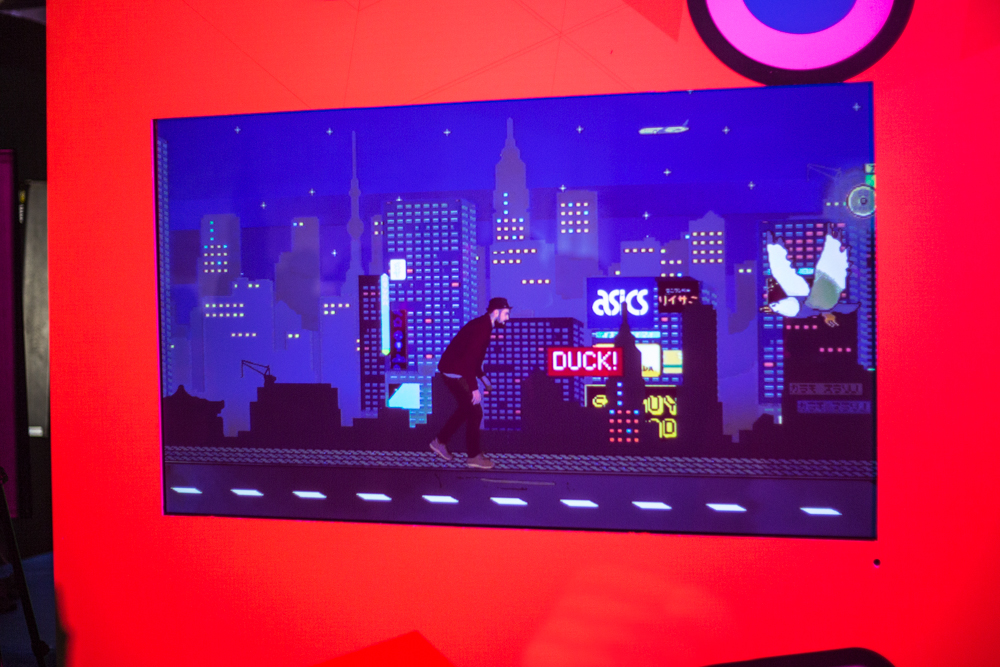 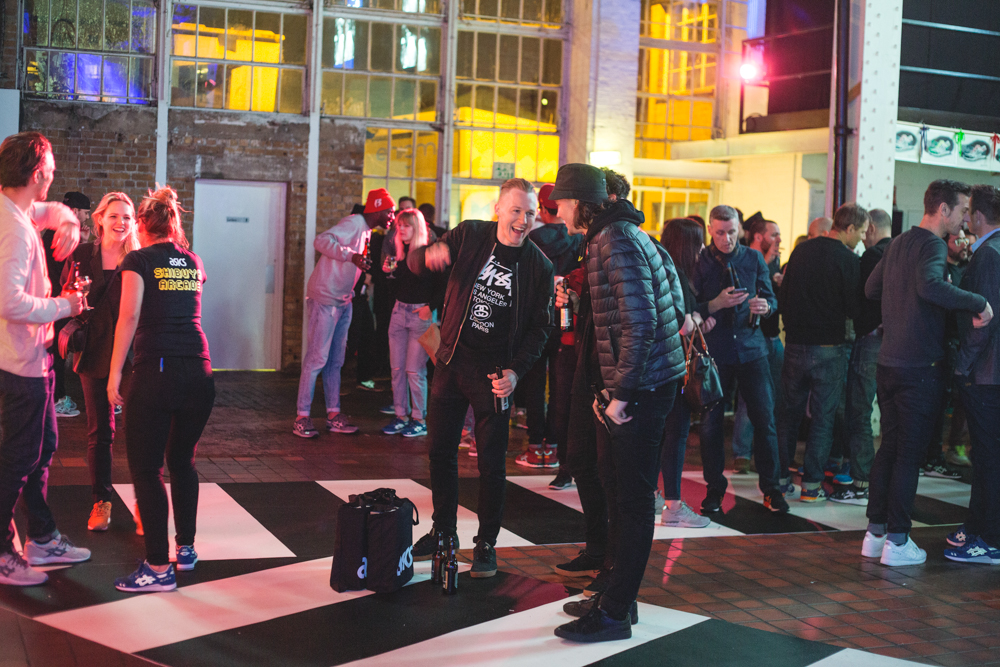 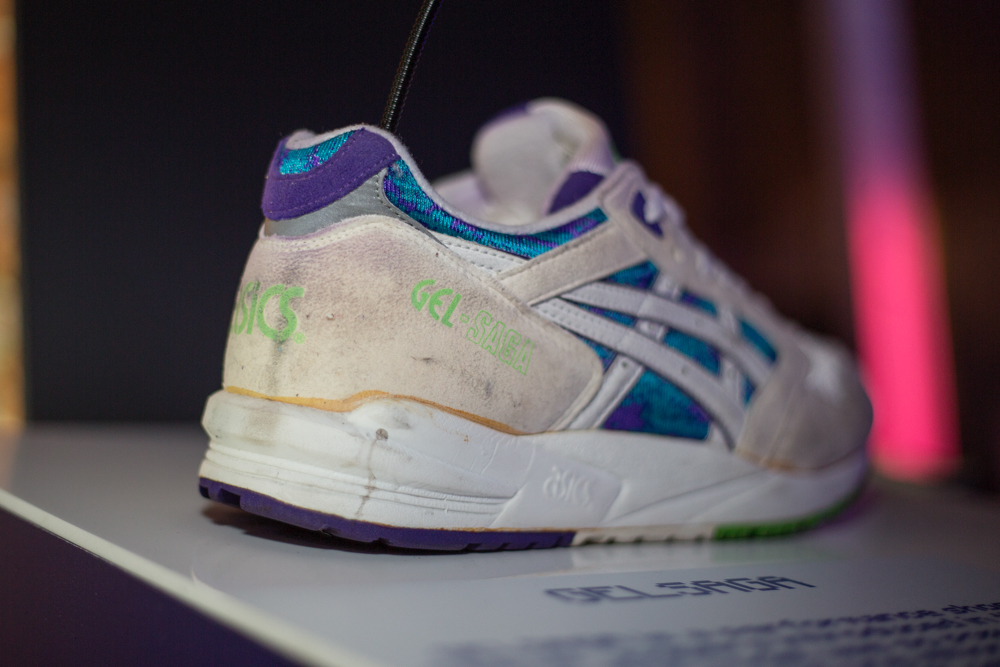 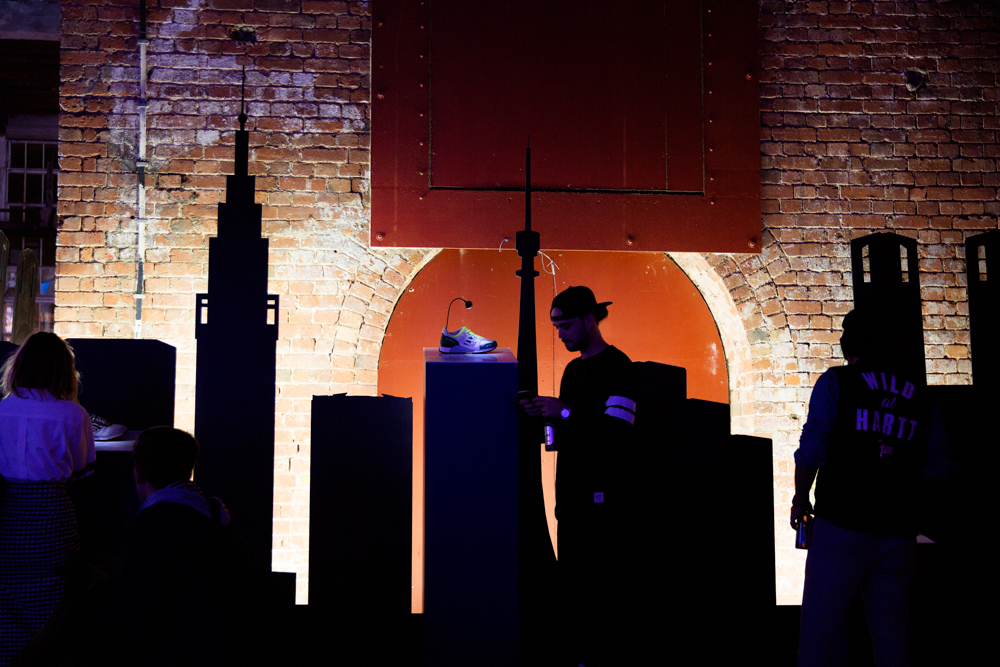 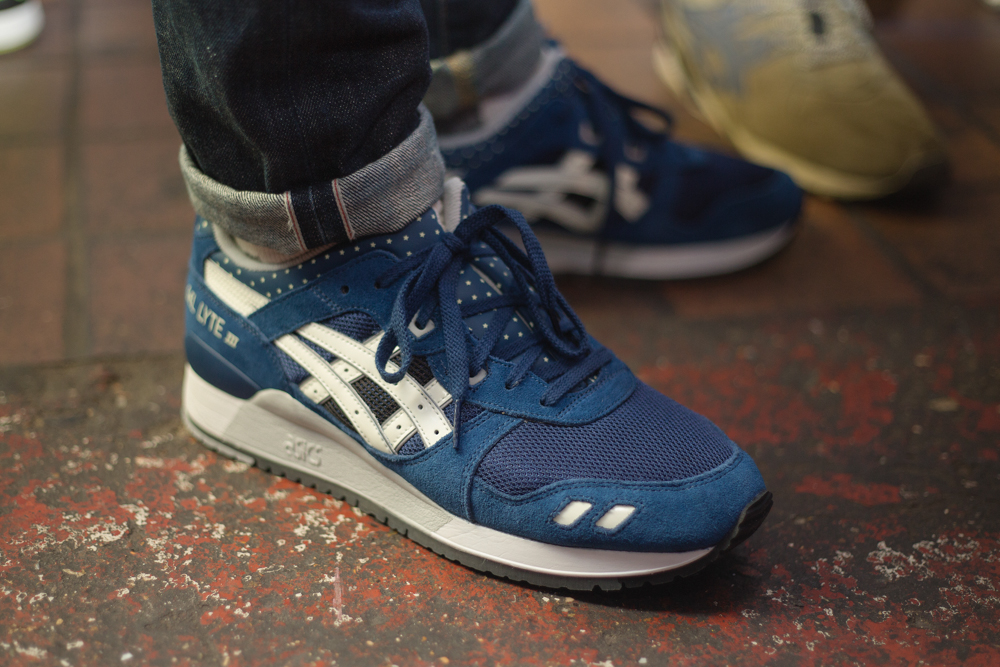 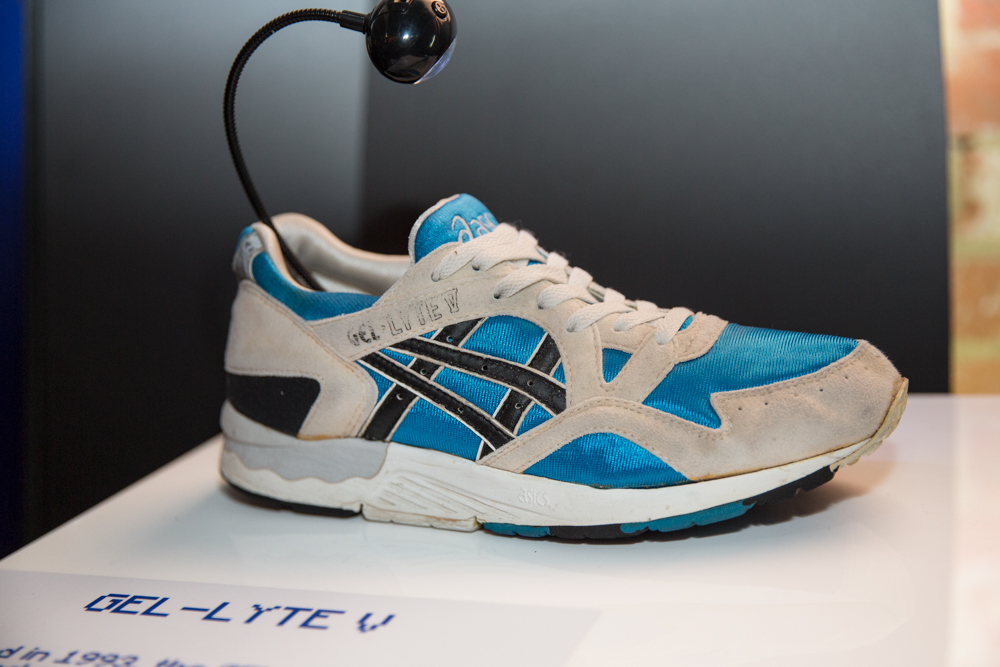 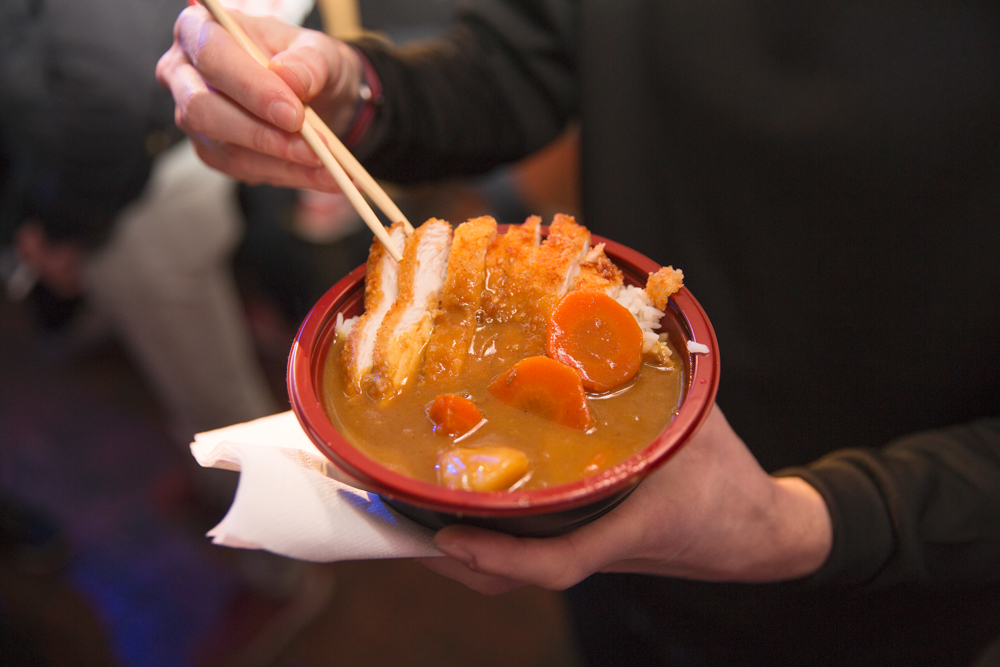 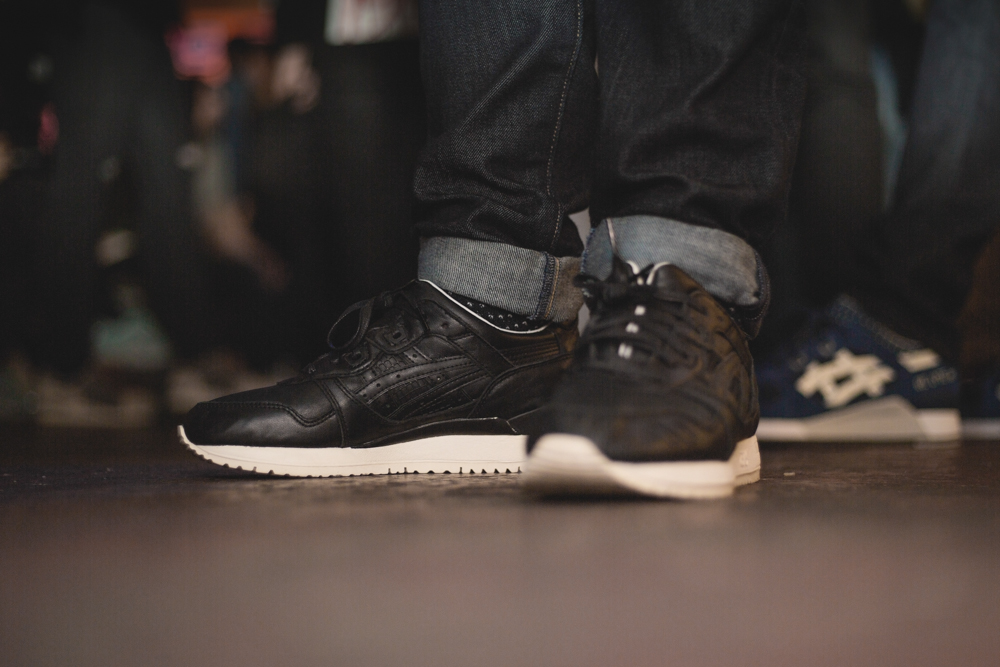 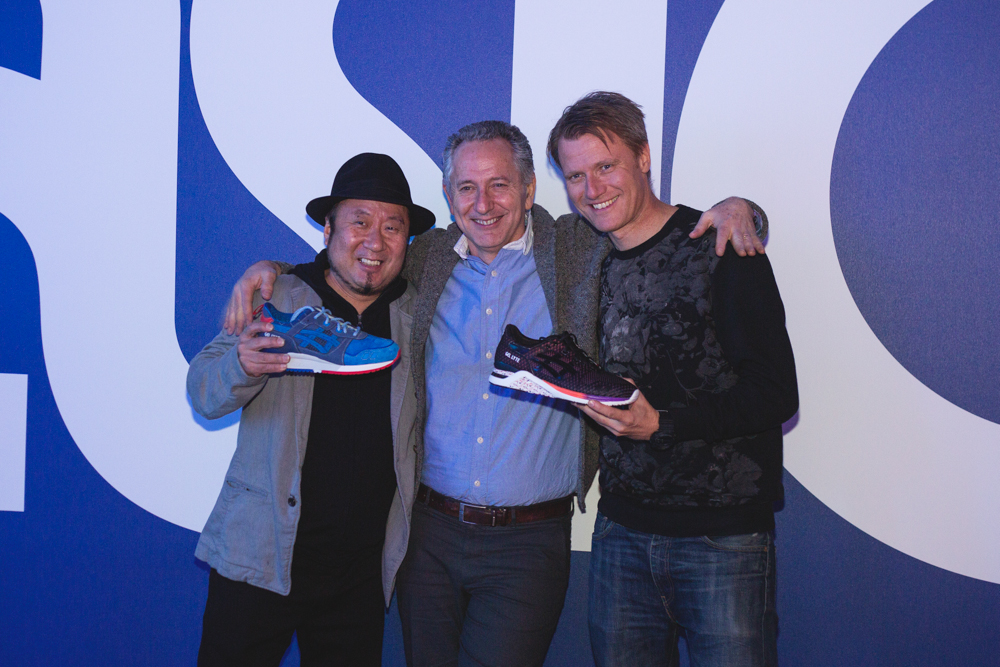 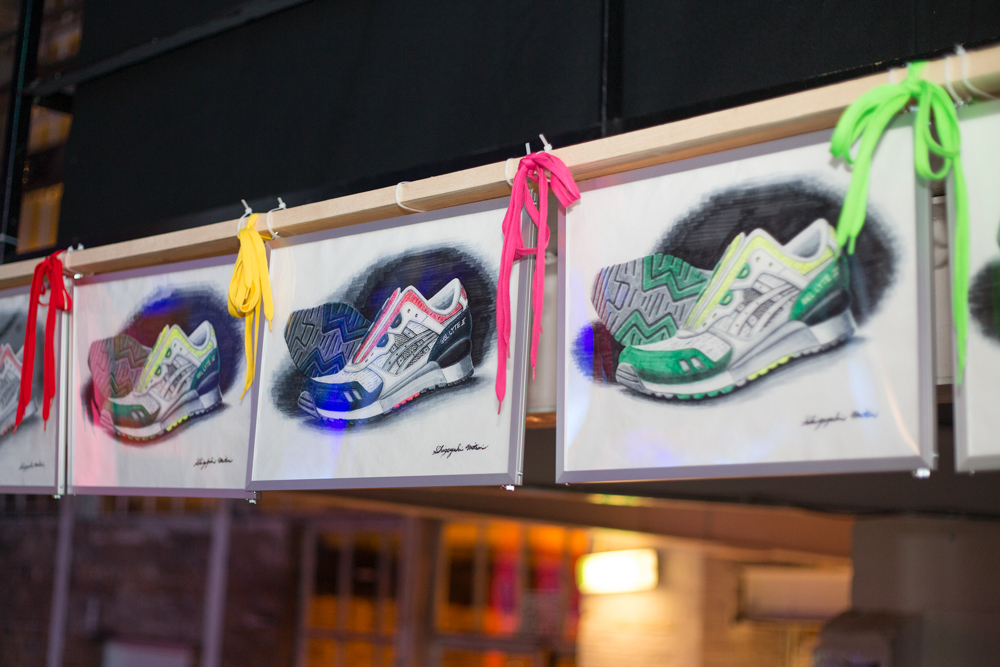 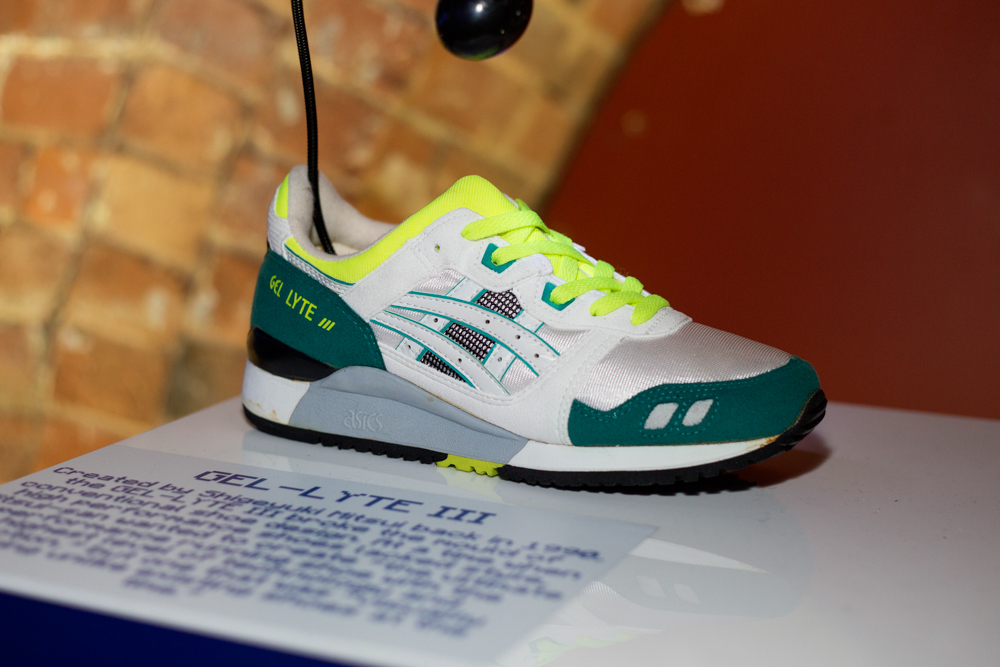 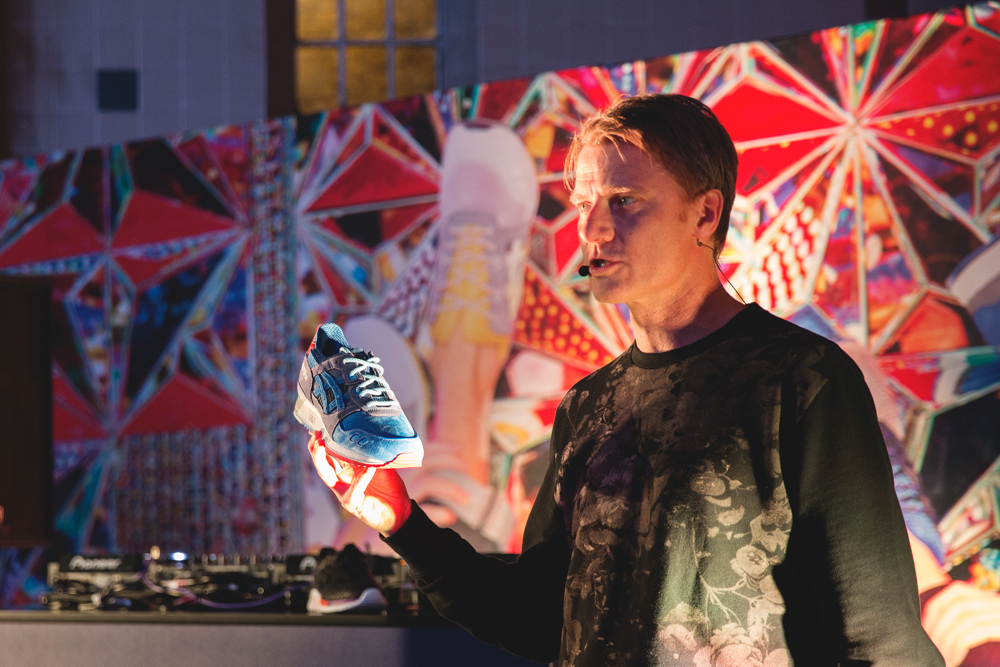 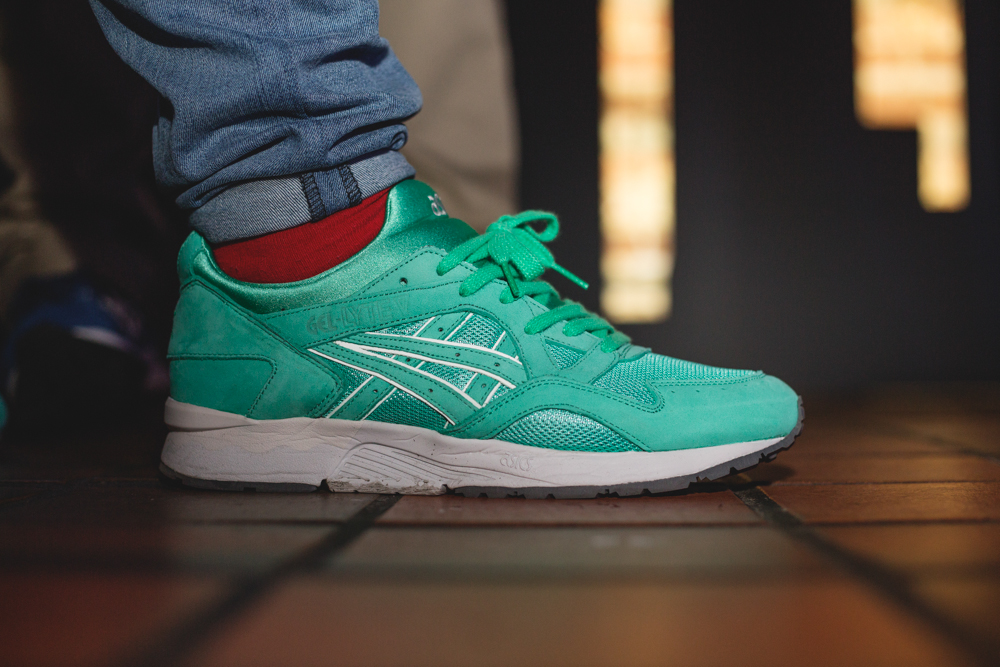 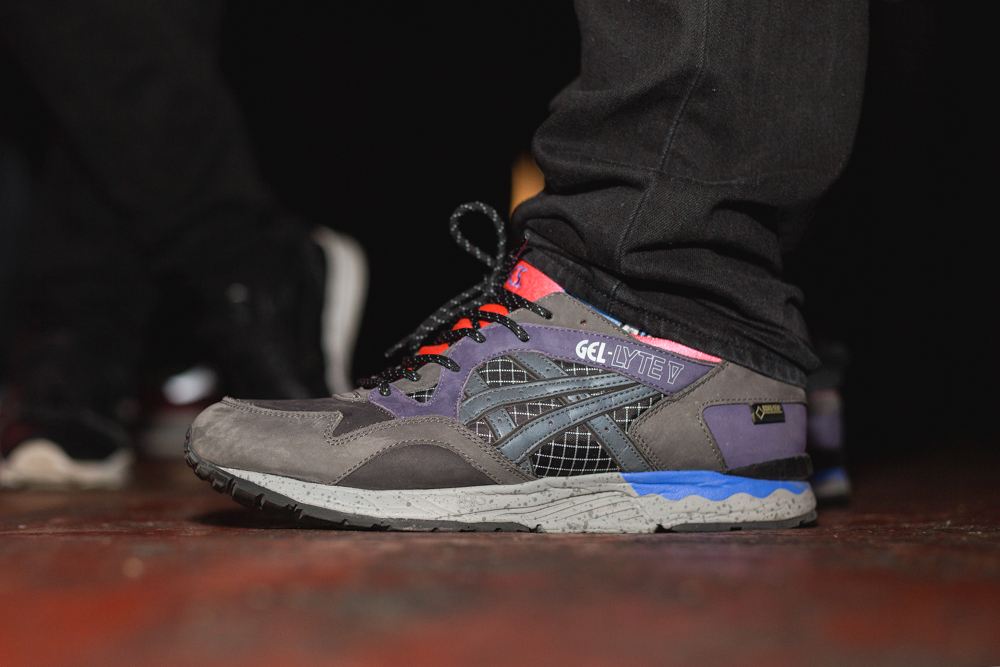 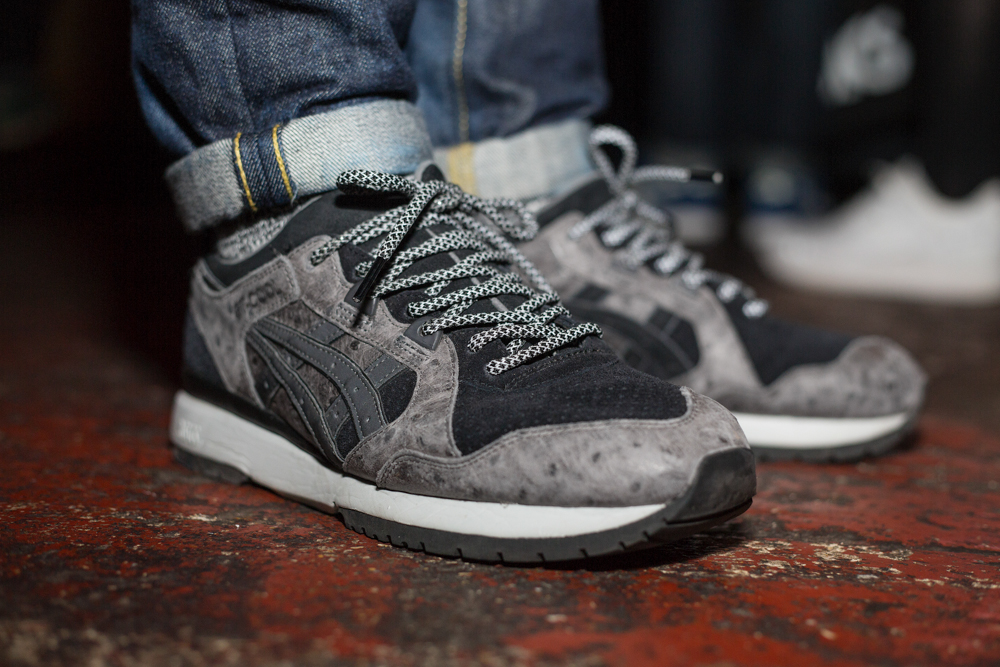 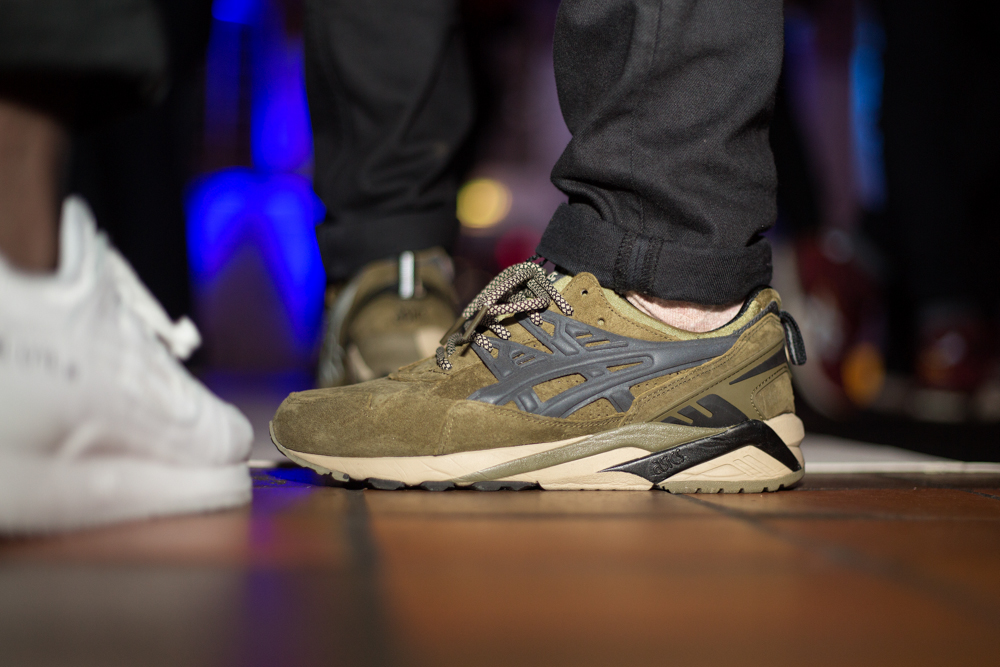 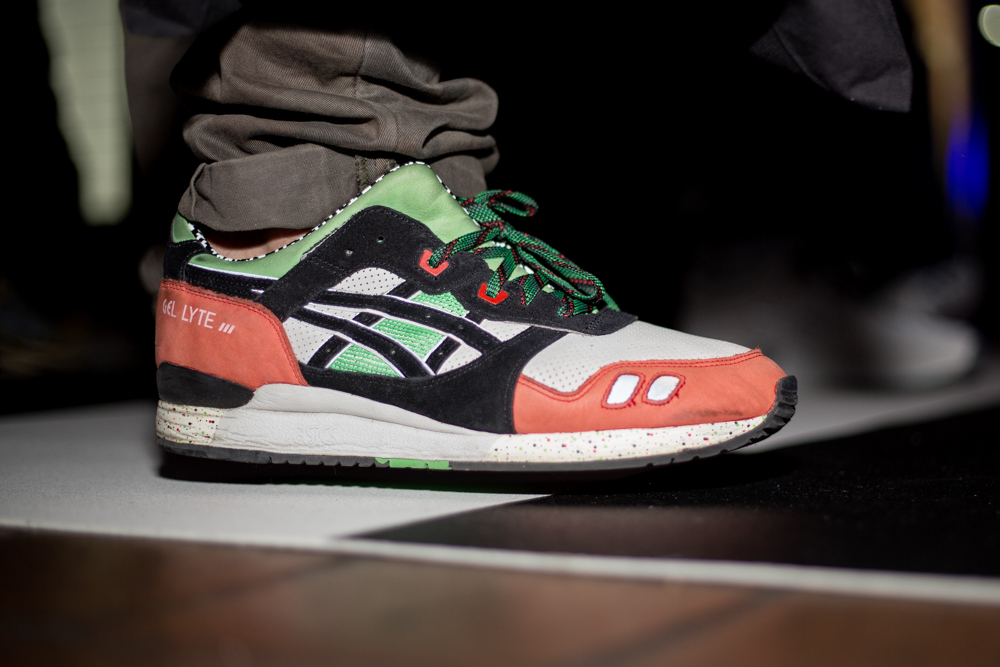 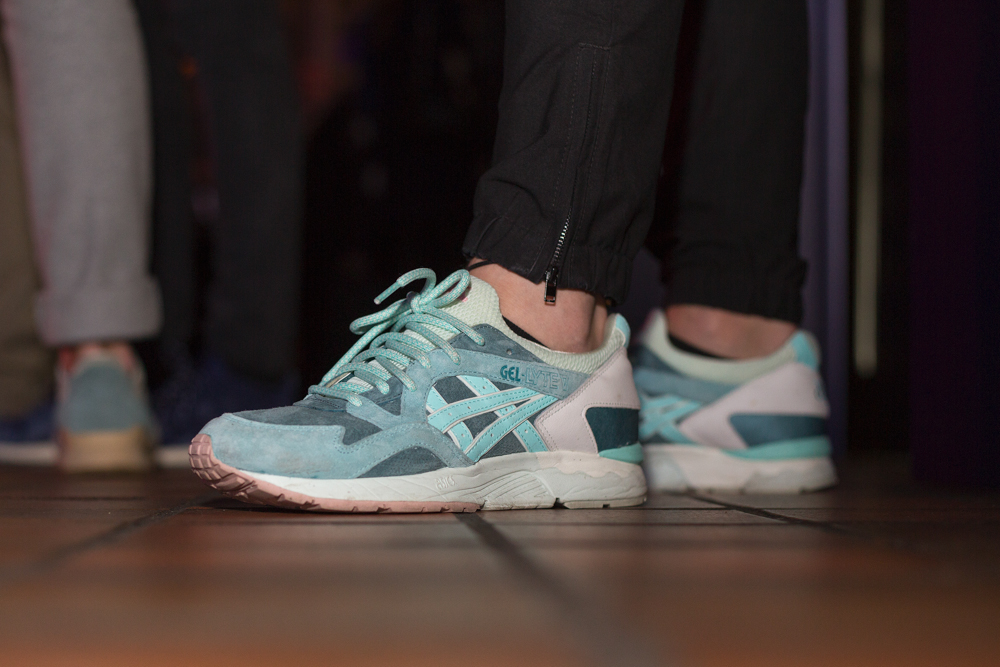 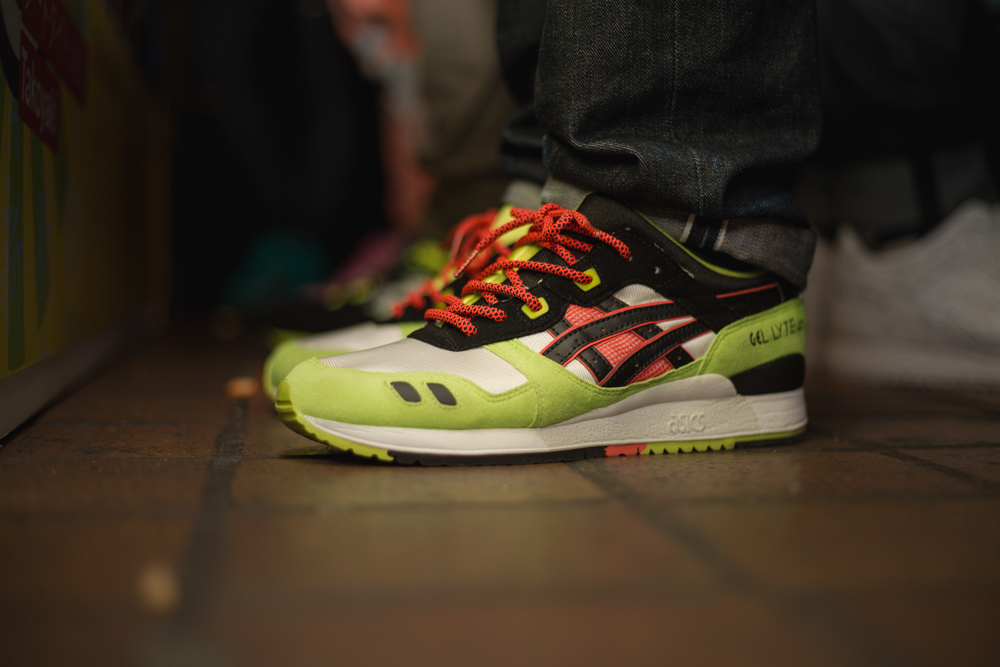 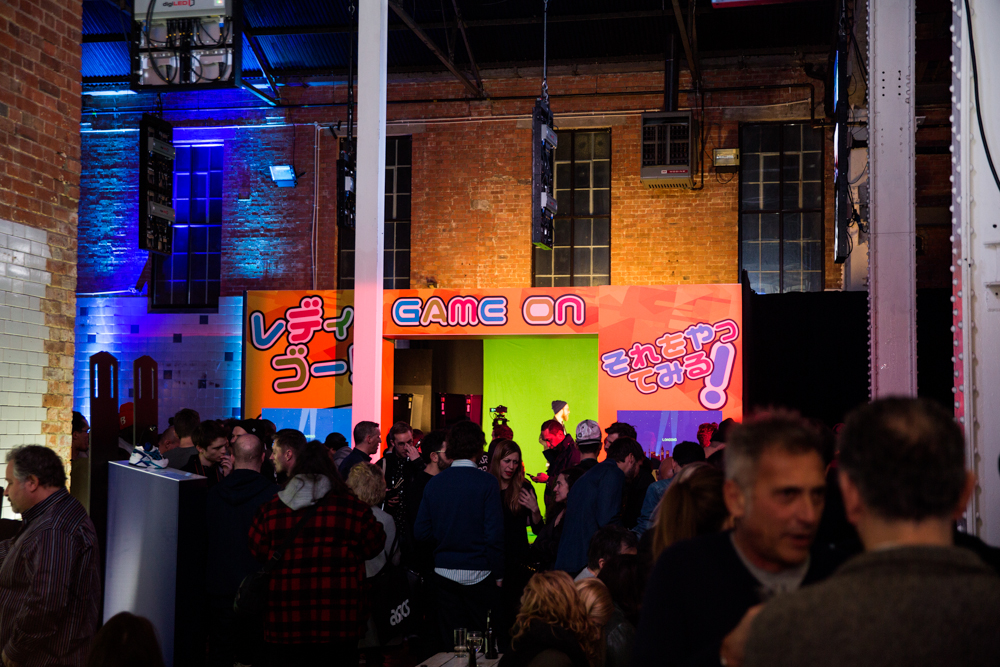 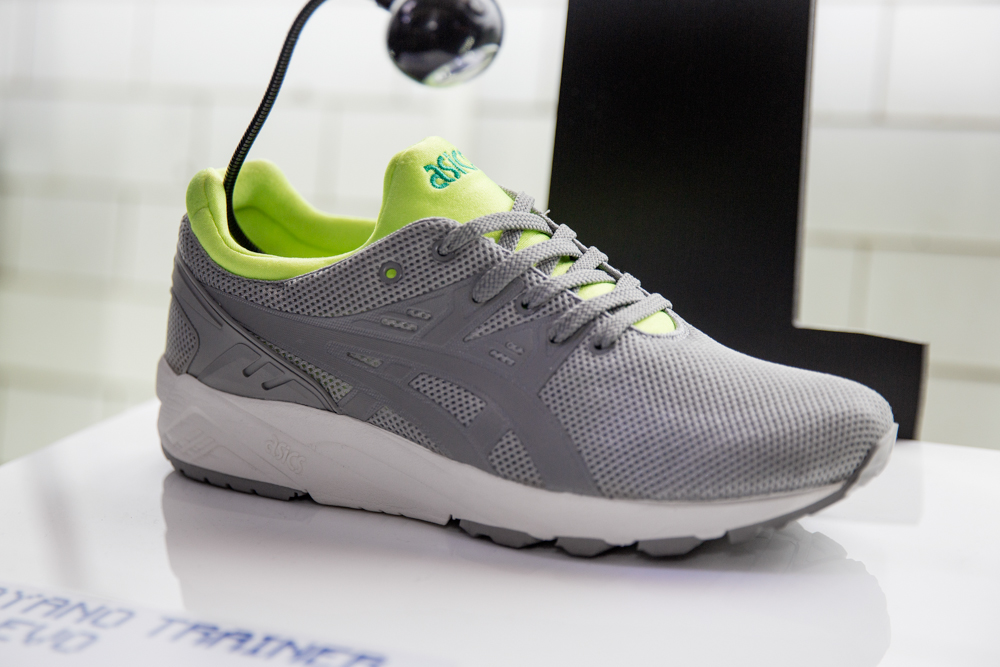 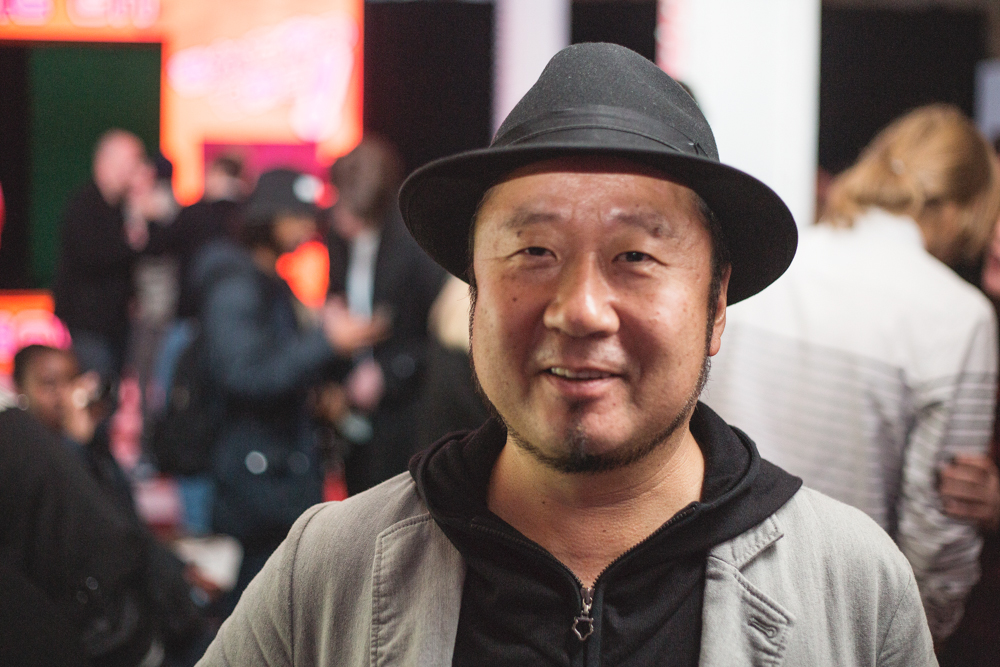