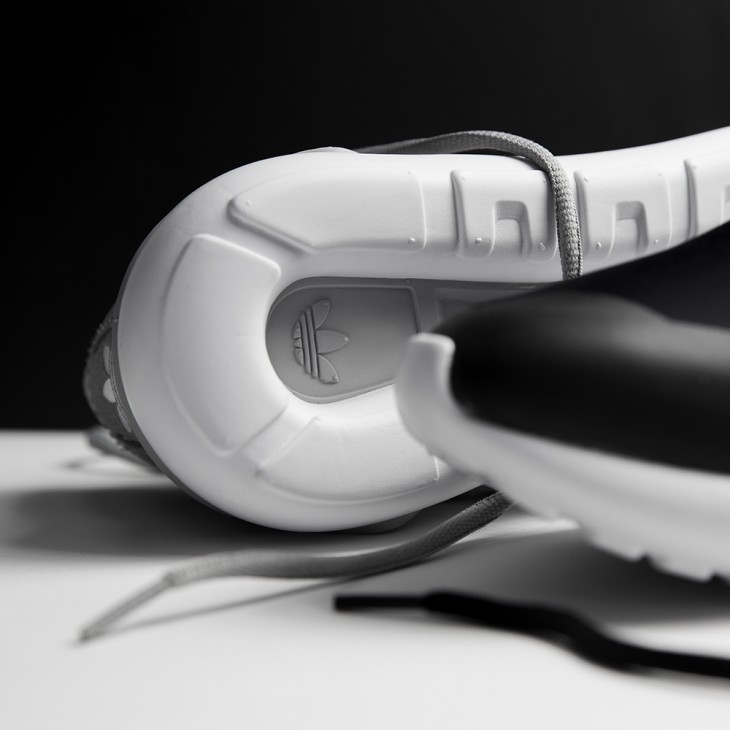 In line with the up and coming release of the highly anticipated adidas Originals Tubular, our friends over at Sneaker Freaker sat down with Vice-President of Global Design at adidas Originals, Nick Galway to learn some more about the silhouette. adidas Originals has a new sneaker model to set (neoprene) tongues wagging, it’s called ‘Tubular’. Its name derives from the outsole construction, which is inspired by inner tire tubes. We caught up with adidas Originals’ Vice President of Global Design, Nic Galway, a key member of the Three Stripes creative lab for 15 years and the driving force behind Tubular, to find out everything you need to know about the latest sneaker to nail the holy streetwear trifecta of fashion, function and comfort.  Hey Nic, tell us about Tubular and your involvement… Tubular is very personal to me. I first started looking into the concept around four to five years back, and have been the creative lead on both the Y-3 and Originals projects which utilise the concept. How do you describe Tubular? I set out to create an easy technology: forward thinking and progressive but rooted in the collective memory of the brand. The concept of the sneaker is to suspend a dynamic sock-fit upper over a dual density tubular tire sole. adidas Originals is generally driven by heritage, but Tubular is definitely a modern take on this idea of purely ‘Fashion’ sneakers. What do you think Adi Dassler would have made of Tubular? Adi was an innovator. He was the head of this great company but his heart was always in the workshop working on concepts and innovations. There was no marketing brief for the Tubular. It was a result of a visit to the archive and a wish to innovate sneaker design. We did not set out with the goal of creating a traditional fashion shoe, but rather to challenge the boundaries between sport and fashion. I don’t know what Adi would make of today’s world, but I am sure he would approve of adidas’ pioneering spirit.

There’s a nod to the ZX franchise and a direct link to the sole of the Y-3 Qasa, which we at Sneaker Freaker regard as a modern masterpiece. Was that the starting point for Tubular? Thanks for the high praise on the Qasa, that means a lot. I first started looking into the concept around four-to-five years back. From the start I wanted to create a futuristic silhouette grounded in the heritage of the brand. Around the same time I had a meeting with Yohji Yamamoto, where he said everything in sneaker design was starting to look the same. Following that discussion, I started working on a number of prototypes. Two of them really stood out, one became the Qasa and the other was inspired by the ZX 7000.  This second prototype had a very strong, progressive Originals feel which everyone who saw it really liked, so I showed it to the Originals team and together we created the Tubular Runner. Tubular is described as a ‘minimalist design’. The colour blocking is tonal but it seems a bit more complex than minimal. How do you see it? I think minimalism on its own can be a little cold or sterile. For products such as computers or phones I can find this compelling, but for wearable product I prefer a little more personality. You are right in many ways, this is a contradiction but I believe that products come to life when there is a tension. The construction of the Tubular is very simple, a neoprene sock suspended on an EVA tube, but the personality of the sneaker is deeply rooted in the collective memory of Originals. True. We love a neoprene bootie. The midsole height is fairly generous, was it a challenge to keep the shoe stable? I am a big fan of neoprene bootie constructions also. When combined with lacing and modern welding techniques, you are able to create product with a dynamic glove fit that gives unrivaled comfort, this is then combined with the iconic ZX heel stabilizer to lock the foot in place. We experimented with different heights of the tube, the one we selected had a really great balance of step-in comfort and every day use. The result is very nice indeed. And one final question – vintage adi-heads have a different shoe in mind when you mention Tubular. We’d love to see the OG Tubular back on the street. Any chance? It’s a great shoe and of course without it we would not be having this discussion. The original shoe was way ahead of its time, technology is only just catching up and many of the features of the original shoe would still be challenging today. I would never say never, but if we do bring it back one-to-one then we will do it right. Stay tuned for the latest information regarding the release of the Tubular, in the meantime, you can see our latest selection of adidas Originals here. [Source: Sneaker Freaker]