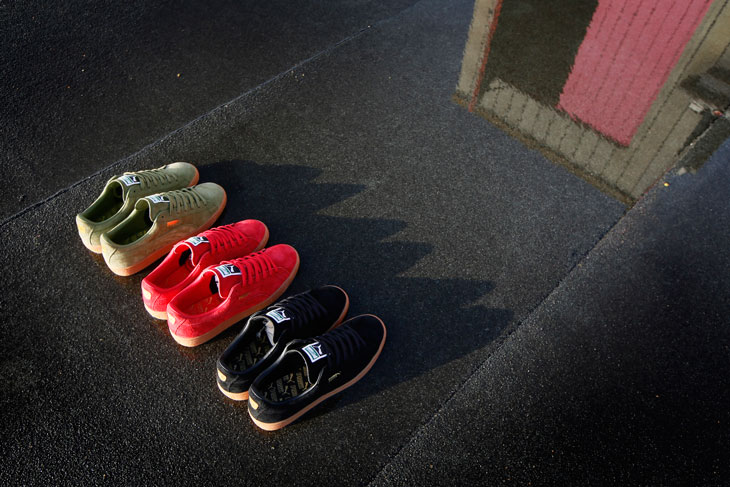 With a lifelong love of footwear, a legendary creative background and decades of industry experience, Chris Law’s enthusiasm for the PUMA States is infectious. The Drop Date caught up with him for a chat about his history and experiences with the shoe. Chris, with your reputation as a connoisseur, it’d be crazy not to ask a few obvious questions straight off! When did you first see a pair of PUMA States – and which ones became your first pair? The first time I became obsessed with the PUMA States/Suede silhouette was when I saw the film ‘Beat Street’ in 1984. To this day, they fascinate me. The first time I bought some States was when the menswear shop Burtons started to get them in stock and sell them at about £30 a pair. I bought them all: green/white, navy/white, red/white and black/white. This would have been around 1991. I never had them back in ’84, as we didn’t have access to what would have been Suedes: my mates and I wore Dallas, Californias, Boris Beckers and, another killer, the women’s Navratilova tennis shoe – that was amazing. But I’d always wanted the classic look. Around 1993, the Suedes were reissued and the States died out a bit. The States had a slightly slimmer outsole back then: the forefoot ribs ran right to the bottom and the Suedes had the extra 2-3mm where the colour dam had been put in. Either way, PUMA States will always have that special place in my heart. How many pairs have you owned? Do you wear all of the ones in your collection – or are there any that stay in their box? It’s hard to say, as some have come and gone. I would buy what I could, even if it wasn’t exactly my size, so many of mine were slightly too small! I sold some of those off due to moving countries so many times – it’s hard to be a tortoise with a heavy shell – so practicality had to take a front seat. However, I’ve still got quite a few, around 30 pairs maybe, mostly Suede and States dating back over the past decade or so, and a few (not enough) Yugoslavian-made editions, along with the Japan-made Suedes and Clydezillas. 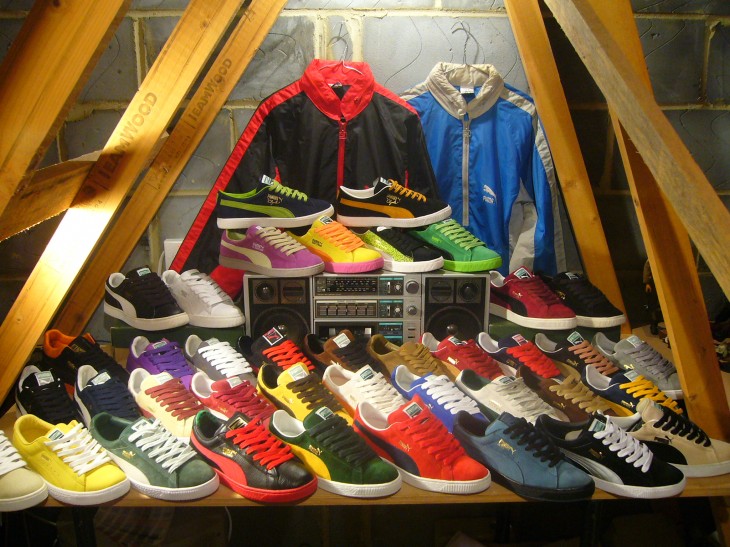 The States became an unofficial identity card for many of us back in the ‘80s and ‘90s: when they were a little harder to find, there was a good chance you’d have something in common with anyone seen wearing them. As a result, the shoe is now associated with a number of subcultures, such as hip-hop and skating. Where did they fit into your own experiences and interests?  I’ve always been fascinated with (and still am) how footwear and youth cultures go hand in hand. As a 13 year old, I mixed the NYC b-boy look along with the Casual look. I was a bit of both: split cords, track tops and a back perm was my look – and that hasn’t changed much, apart from the perm! During the early ‘90s, I liked the baggy skate look: mustard Blind jean cut-offs and long sleeve Insane tees. I had all of that in the mix too. 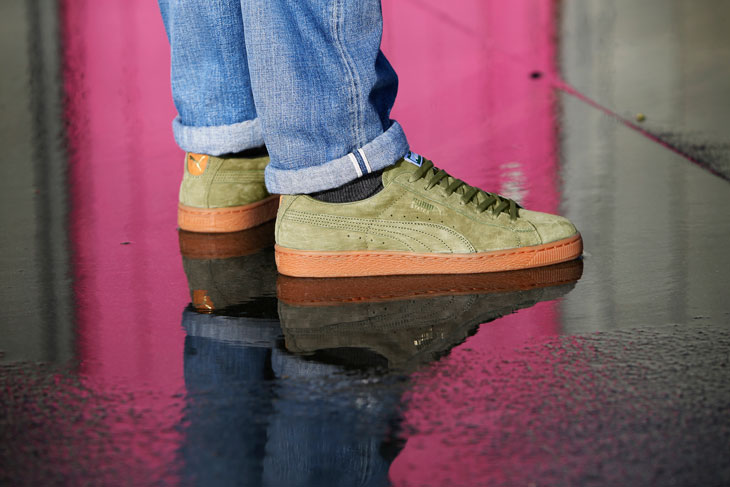 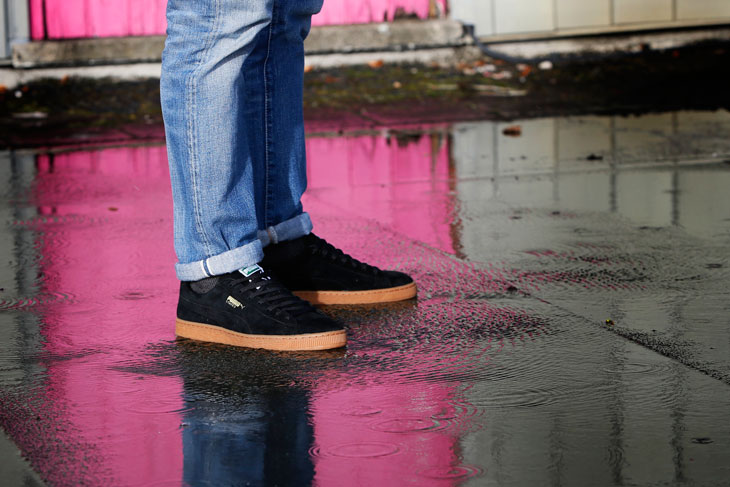 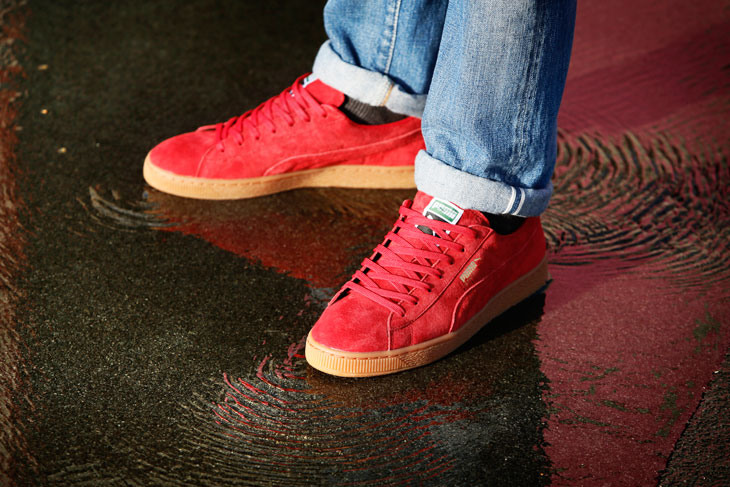 Seeing the PUMA States here as part of the new Winter Gum pack is a perfect example of how the model has become easily adaptable. Do you have any favourite SMUs or limited edition pairs from the past? I’m very partial to a bit of gum, so these are a nice addition – I’ve got various colours with gum outsoles. For me, the best SMUs have been the made in Japan Clydezillas and Suedes. The pattern and last is more refined in my eyes, so they have the closest look to the Yugoslavian-made ones of yesteryear. Also, I’d say my silly Beat Street ones I made back when I was working on the Crooked Tongues Clyde project. They’re fun, totally unwearable but it was more of a dedication to the artwork of the records that went with the culture at the time. 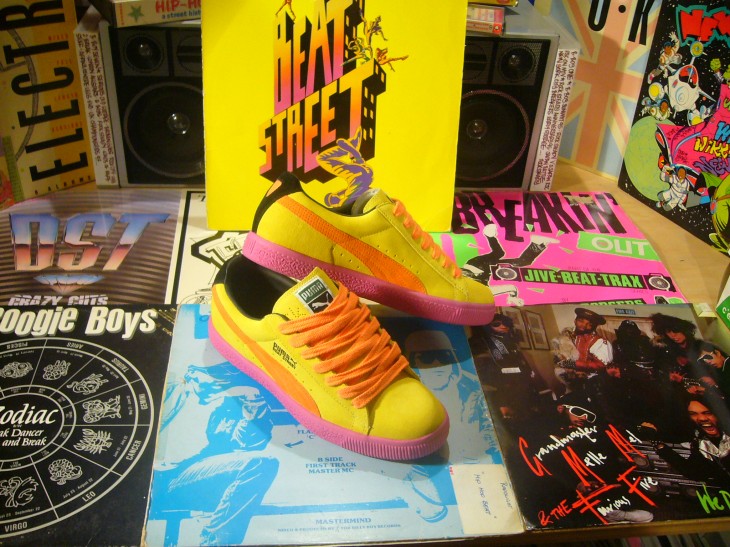 The States (and all associated brothers) will always be a desirable and respected shoe. It’s one of a handful of trainers that seems to have bypassed all trends and fashion cycles. What do you think it is that has made this simple design stand the test of time? I think it’s that simplicity, plus the association with old school hip-hop, that has secured their place in history. The PUMA Formstripe looks best on this shoe: it grounds it really well and the stance is spot on. The size? UK exclusive PUMA States Winter Gum Pack is now available online and in selected stores, priced at £62 and available in sizes UK 4 – 12 in black/gum & olive/gum and UK 6 - 12  in red/gum. 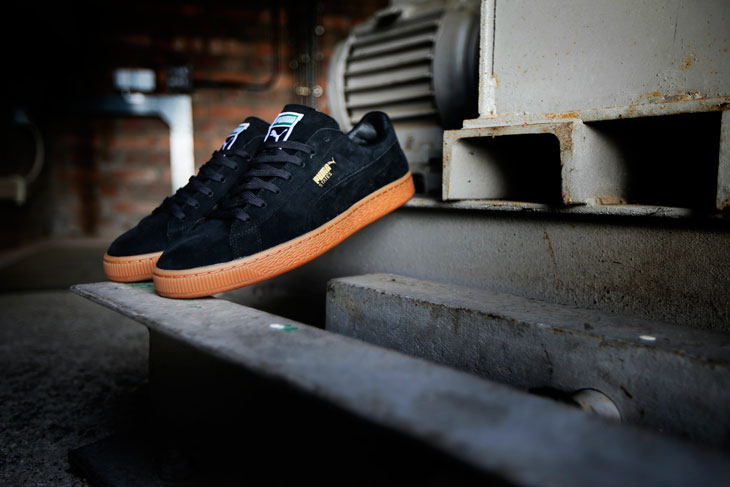 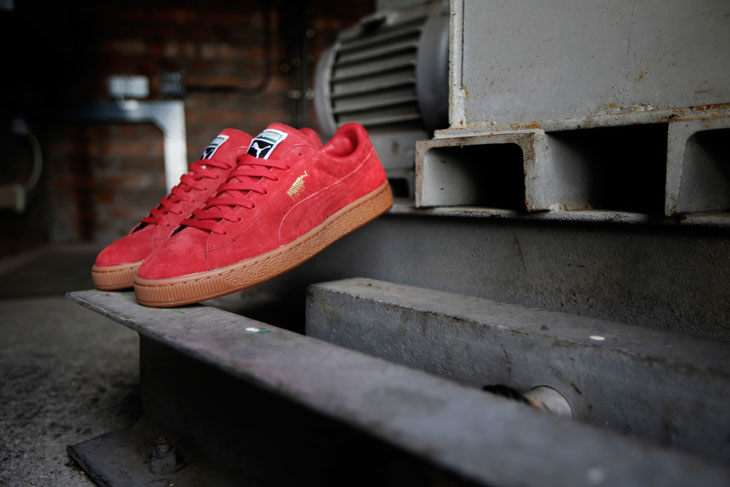 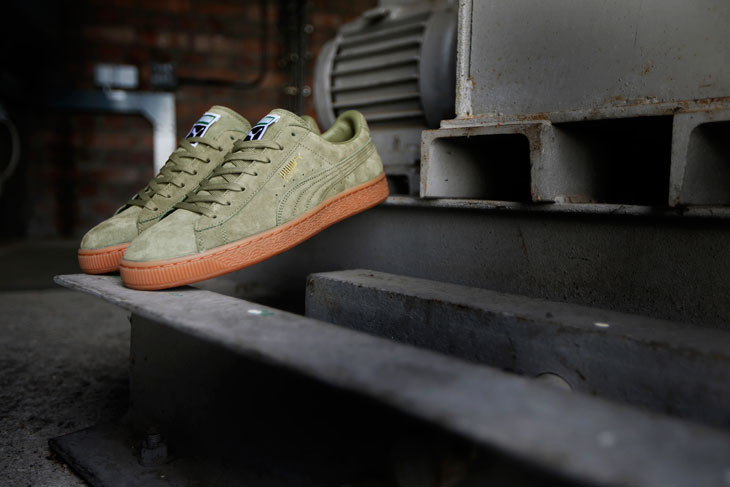