History Behind the Jumpman Logo via Nice Kicks

Jordan’s Jumpman logo is one of the most recognised marks in the athletic footwear industry. But what is the full story behind the logo? Sure, many sneakerheads know that it first was used on the tongue of the Air Jordan 3, but where did the inspiration come from for Tinker Hatfield when he was designing the iconic sneaker? Long story short, it happened even before Mike laced up in Nikes. Following his outstanding college career, Michael Jordan played for one more team before joining the Chicago Bulls – Team USA for the 1984 Olympic Games. It was in preparations for the Games that Michael Jordan did a photoshoot while wearing Converse that he was first photographed doing what would later be known as the Jumpman pose which was done for LIFE Magazine preceding the Olympics. 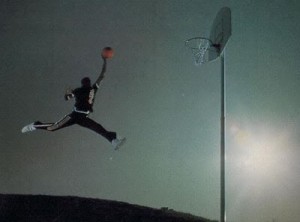 It wasn’t until a photoshoot with Nike to promote the Air Jordan 1 in 1985 that MJ did the Jumpman pose in a pair of Nike shoes. Wearing the “Black Toe” Air Jordan 1 and a black and red Nike Air Jordan Flight Suit with the Chicago skyline as a back drop, Michael Jordan soared into greatness with this pose. 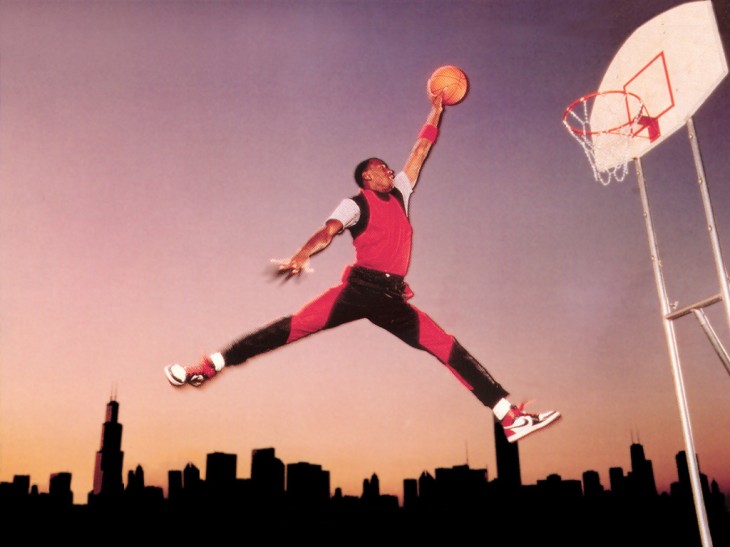 Michael Jordan recalled doing the Jumpman pose in a 1997 interview with HOOP Magazine: “I wasn’t even dunking on that one. People think that I was. I just stood on the floor, jumped up and spread my legs and they took the picture. I wasn’t even running. Everyone thought I did that by running and taking off. Actually, it was a ballet move where I jumped up and spread my legs. And I was holding the ball in my left hand.” 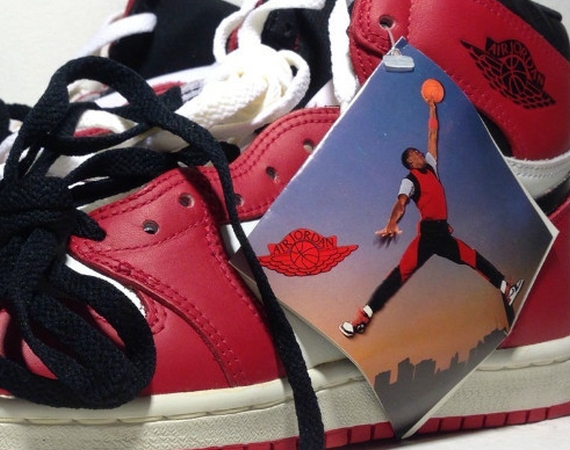 The first two Nike Air Jordans, did have a special logo for Jordan; however, it was the “Wings” logo that designers Peter Moore and Bruce Kilgore applied to the Air Jordan 1 and Air Jordan 2 respectively. One the Jordan 1 hangtag though, the image above was used as the first technical use of the Jumpman logo by Nike. 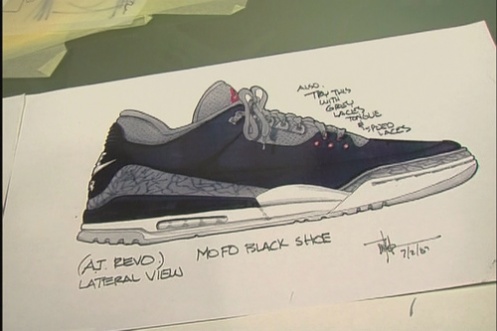 After two models in, legend has it that Michael Jordan was not terribly happy with Nike. An architect and budding footwear designer by the name of Tinker Hatfield was called in to work with MJ to work with him to better the relationship between Nike and MJ. While in the sketch phase and before any samples had been produced, Tinker Hatfield saw the image of the Air Jordan 1 photoshoot and a bulb went off. The Air Jordan 3 was revolutionary like many of Tinker’s designs. It was the first mid-cut basketball shoe, it was the first to incorporate a lifestyle texture of elephant print, it was the first to feature Nike’s Air cushioning in a visible manner, and most notably, the first Air Jordan to feature the Jumpman logo which was placed on the tongue.

More than a quarter century of Air Jordan shoes since the AJ 3 and nearly two decades of Jordan Brand as a separate brand within Nike, the Jumpman silhouette remains and continues to grow in its iconic status. [Source: Nice Kicks]