The early 90’s saw a glut of sock fit inspired shoes, mostly from Nike with the Huarache line which took the idea of fitting a snug liner to aid comfort and fit.

PUMA did the same but with the lesser known Blaze of Glory line, it was a cool shoe just hindered by the marketing and power of Nike and got lost in the mix. 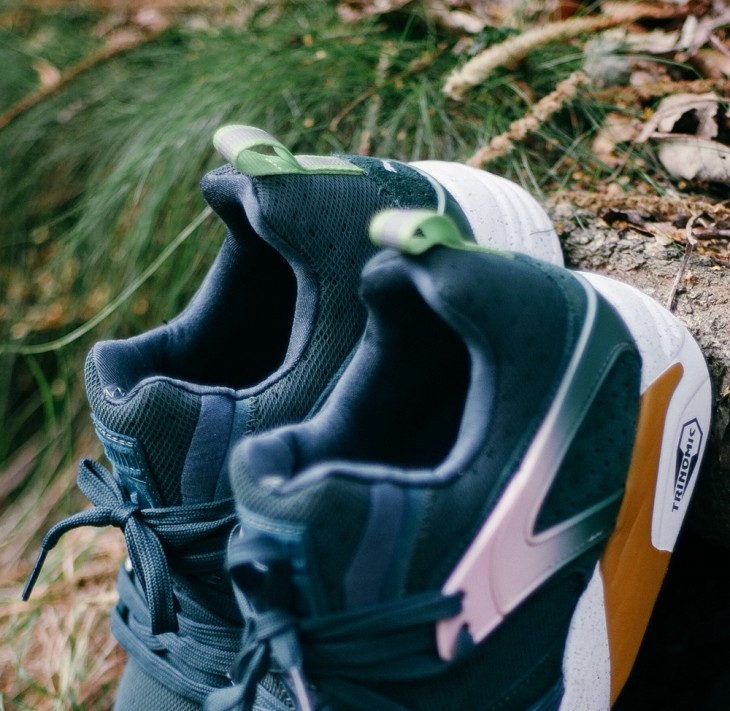 Fast forward nearly twenty years and both kicks are back doing the rounds. Puma recently teamed up with Sneaker Freaker with the now revered Shark Pack showing that the Blaze of Glory had aged very well indeed. Unlike Nike, who have gone for a lot of colourways on the Huarache, PUMA have been select on this show with only a few variants.

So when UK based size? announced the Wilderness Pack it was going to be interesting to see how they interpreted the Blaze of Glory. 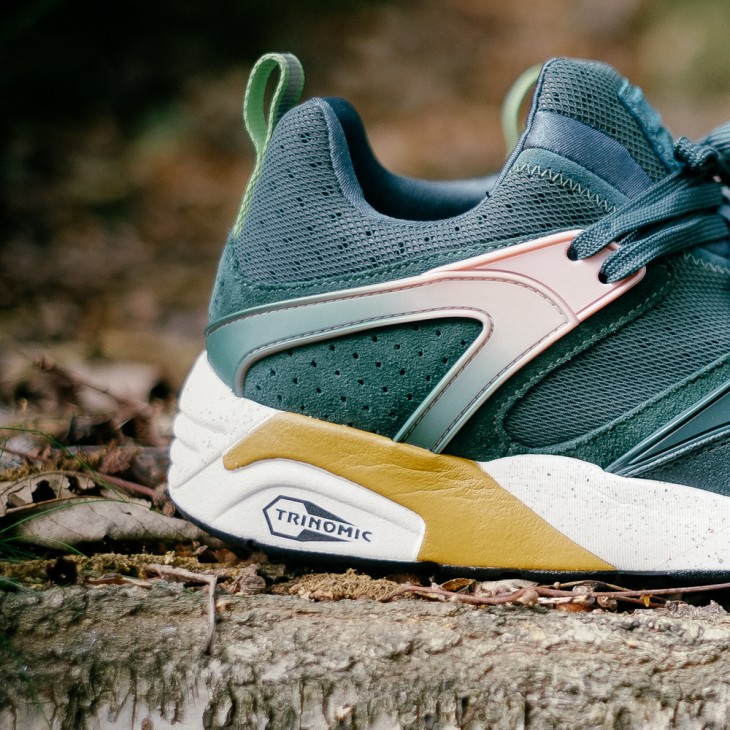 What they have done is a Jungle inspired shoe with nods to Amazonian wildlife, plants and colours. The colour way sits really well with the dark ponderosa pine green outer, Richard Martins designer at size? took the heat and danger of the jungle, added pinks and blue hues as seen on animals of the rain forest who use colour as a warning call.

You see “pretty but deadly” species in the jungle and this is that shoe, get close but not too close… 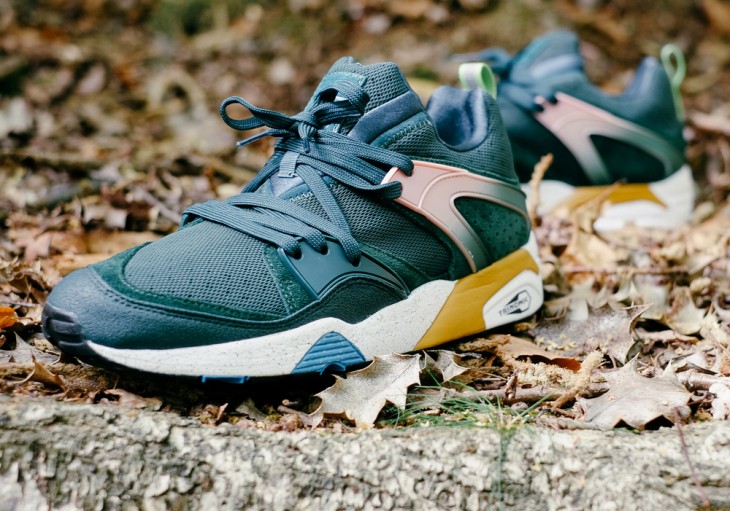 Clever use of materials too, nice tough fabrics with mixes of leather, suede and mesh uppers give this a real call of the wild when hitting the city streets. Topped off with PUMA’s fairly awesome Trinomic cushioning adding to the comfort. I love it when brands do a release which goes against the norm and opens a shoe up to a new audience, this is one of those, a shoe which is every bit as good as Nike’s neoprene legend but has its own discerning legion of followers.

You can also see more of Suberashi’s work here.