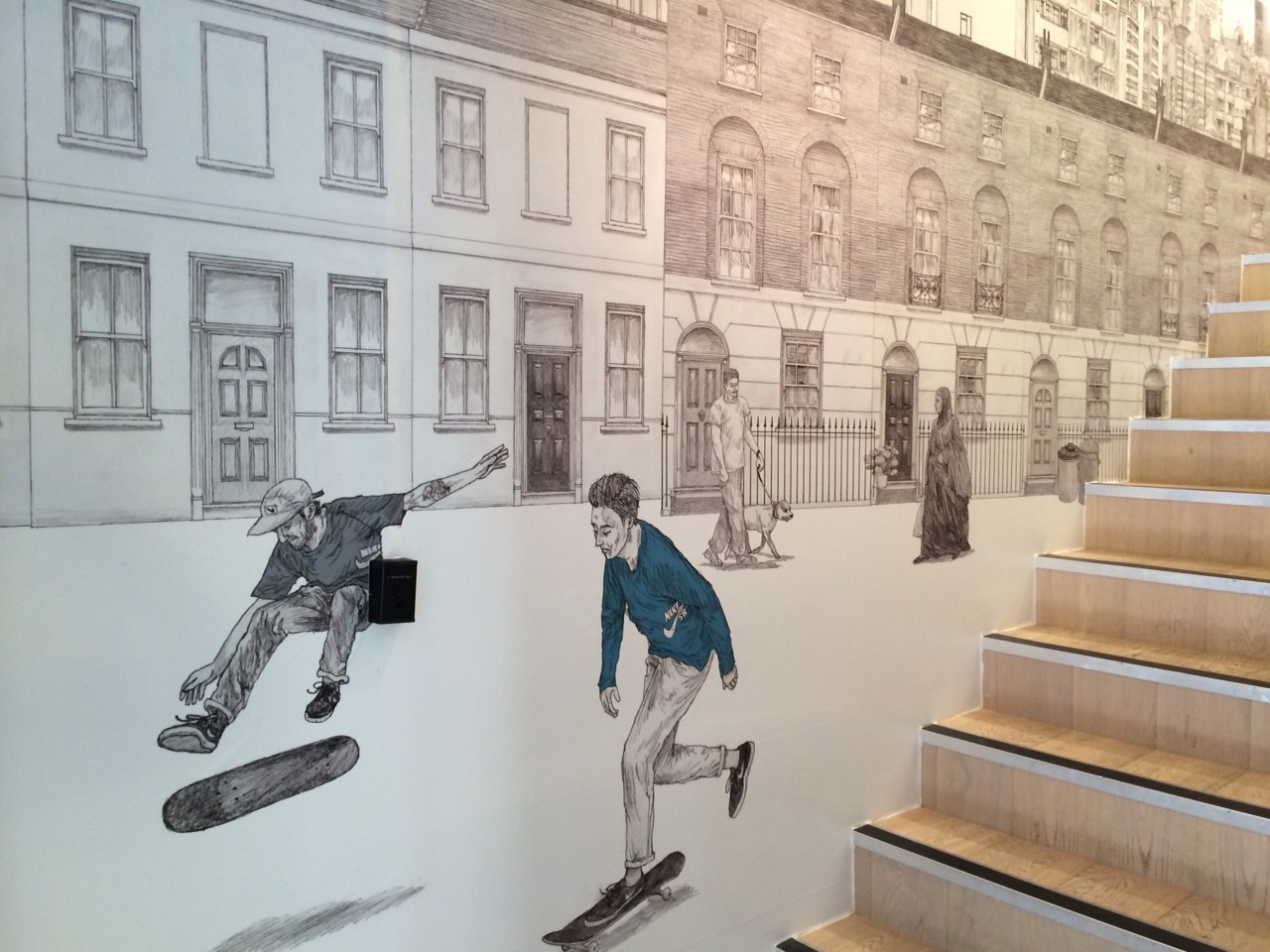 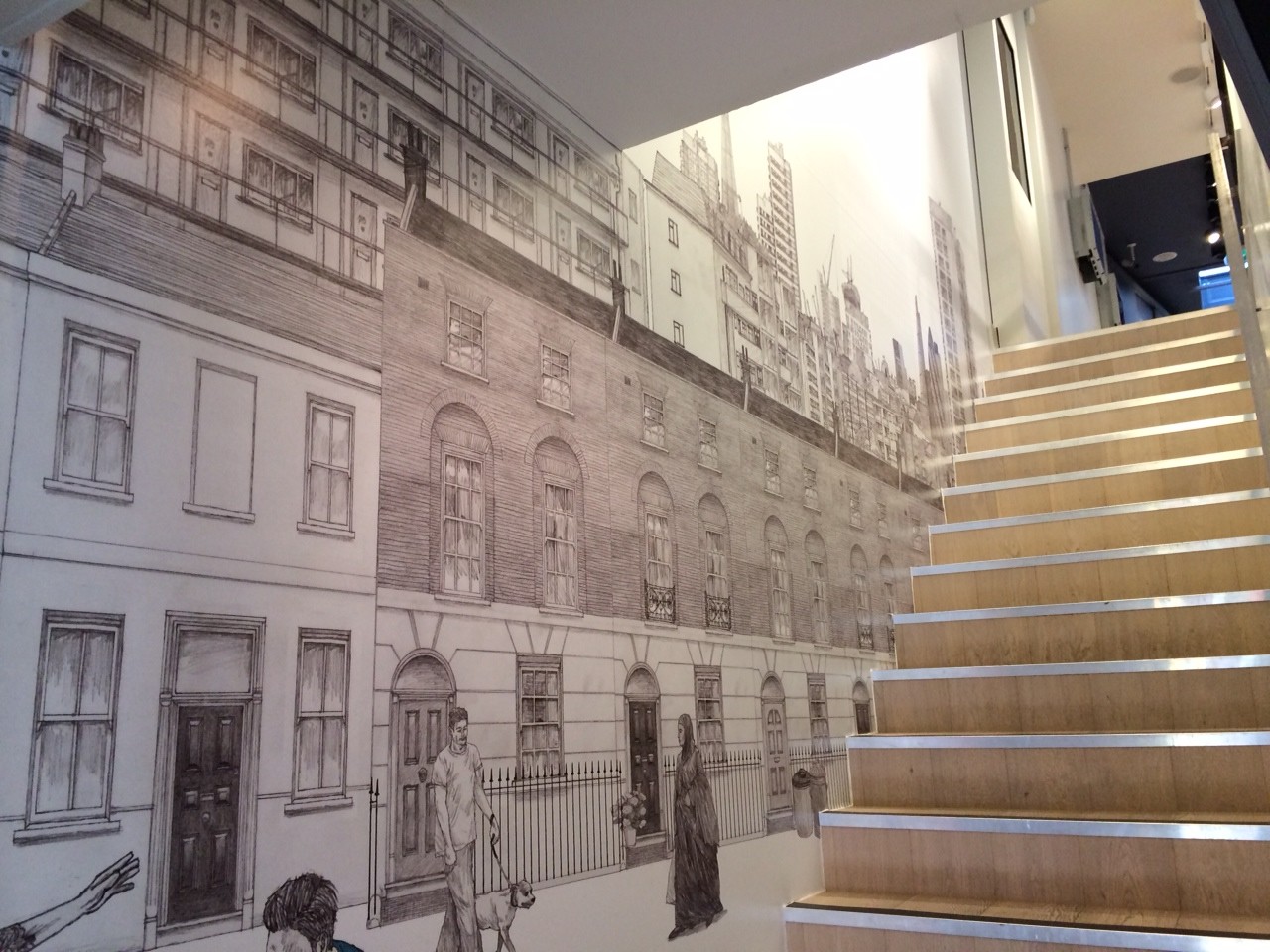 With clients ranging from BMW to Channel 4, Keith Watts is no stranger to working with pioneering brands across a variety of industries. From pencil illustrations to incorporating his work into short animations, Watts’ is widely praised for his own distinctive, raw style. For his latest artistic venture Keith has teamed up with Nike SB to put his own impression on the new 'Fit To Move' apparel collection. We sat down with Keith to discuss his illustrations, working process and connection with Nike and skateboarding. size? - Firstly, if you would like to introduce yourself... Easy one to start, I am Keith Watts. When did you first get into illustration? I think I was an illustrator before I knew what illustration was, I have always drawn, so I knew from a very young age that I would always be doing it.  It was at art college that I became fully aware of illustration and that I would be an illustrator. How did this collaboration come about? My style is well suited to stop frame animation and I’ve worked on a few motion pieces in the past including a self directed skateboard project with likdown, animating some of a 4 minute section of a scene video they were making.  Nike SB approached via Stem Agency who rep me as they knew I was a skater and thought the style suited the elements of the new range. What's the most challenging aspect? I thought the animation would be, but working with Sam at Wheelhouse from frames supplied by Nike SB made it a breeze. The difficult part was working on the 1.2GB photoshop file I had to create for the cityscape mural, I had to scan the 15 pages of drawings at double the resolution I normally use for a print job, compose the scene, and tweak elements to better fit the space. My mac had a midlife crisis throughout this, I spent 10 minutes every hour getting a save in before the next crash. Then it took 3 hours to save the final colour image (mostly to do with finding a format & compression options that would neither crash Photoshop nor compromise quality) & a further 8 hours to upload it to a file sharing site.  I've watched too many progress bars not progressing in the last few weeks but the end result is definitely worth the slog. What's your process in creating a piece? It always starts with a brief, a discussion or an idea rattling around in my head, sometimes a combination of the 3, the nike animation is a good example of this, I had been working on the animated skate sequences for a personal peice when the opportunity to pitch this to Nike SB presented itself. Generally I start by drawing from life wherever possible, I stood at the end of Shadwell DLR platform for 5 hours and drew most of the cityscape after my first meet with the guys at Nike.  I invented the foreground from photographic reference.  Once I've drawn everything I scan the components and put the peice together in Photoshop. What inspires your work? My surroundings, my interests, a good brief, lots of what I do is to a lesser or greater extent to do with the passing of time or our passing through a space, the nike job covers all of the above.  Reportage illustration seems like a good fit, for the most part, if we're putting a label on it. Are you a fan of skateboarding yourself? Yep, I grew up skateboarding, it's culture definitely nurtured my creative endeavours throughout my formative years and is still influencing me today, although it is harder to make time for it these days, with work & family commitments.  It's still one of the best feelings to get out for a skate, preferably early morning at an empty skatepark with a few close friends & no scooter kids. I've always worn skate shoes, apart from the early 90's when I wore PUMA States & adidas Gazelles, I choose simple vulcanised designs over the more tech offerings which seem to be making a resurgence at the moment. What would be your favourite pair then? My personal all time fave is the Half Cab. It's genesis is really interesting, the way people chopped their full cabs and a new shoe evolved out of that. Can you remember your first pair of trainers? I guess not, that would've been when I was a toddler and I don't remember that. If I re-phrase the question as what's the first pair of trainers I remember? It's a pair of the all black Reebok Classics with the H shaped thing on the side, the ones they just did the Palace collab with. This was when they were out in the late 80's, between my 1st and 2nd year of secondary school. Me and my friends realised that we would get away with wearing them instead of shoes for school so we all persuaded our mums to get them when we went to buy school uniform in the summer holiday that year. Finally, what's next for Keith Watts? I've got a lot of personal stuff on the boil at the moment, my blog the visual diary of Keith Watts is on tumblr and gets an update when I get time to draw something for it.  I'm involved in a clothing label, the days, which we will be pushing over the coming months.  We have a launch for it at Beach in brick lane on the 14th august.  I design for my wife's print project, yourtype aswell. I'll continue to try and get some work life balance in there somewhere, make the most of the good weather by spending some quality time with my wife & daughter, and get out for a skate for an hour or so when I'm not too busy with everything else. To see Keith Watts' collaborative artist installation head over to our dedicated Nike SB space in size? Carnaby Street. 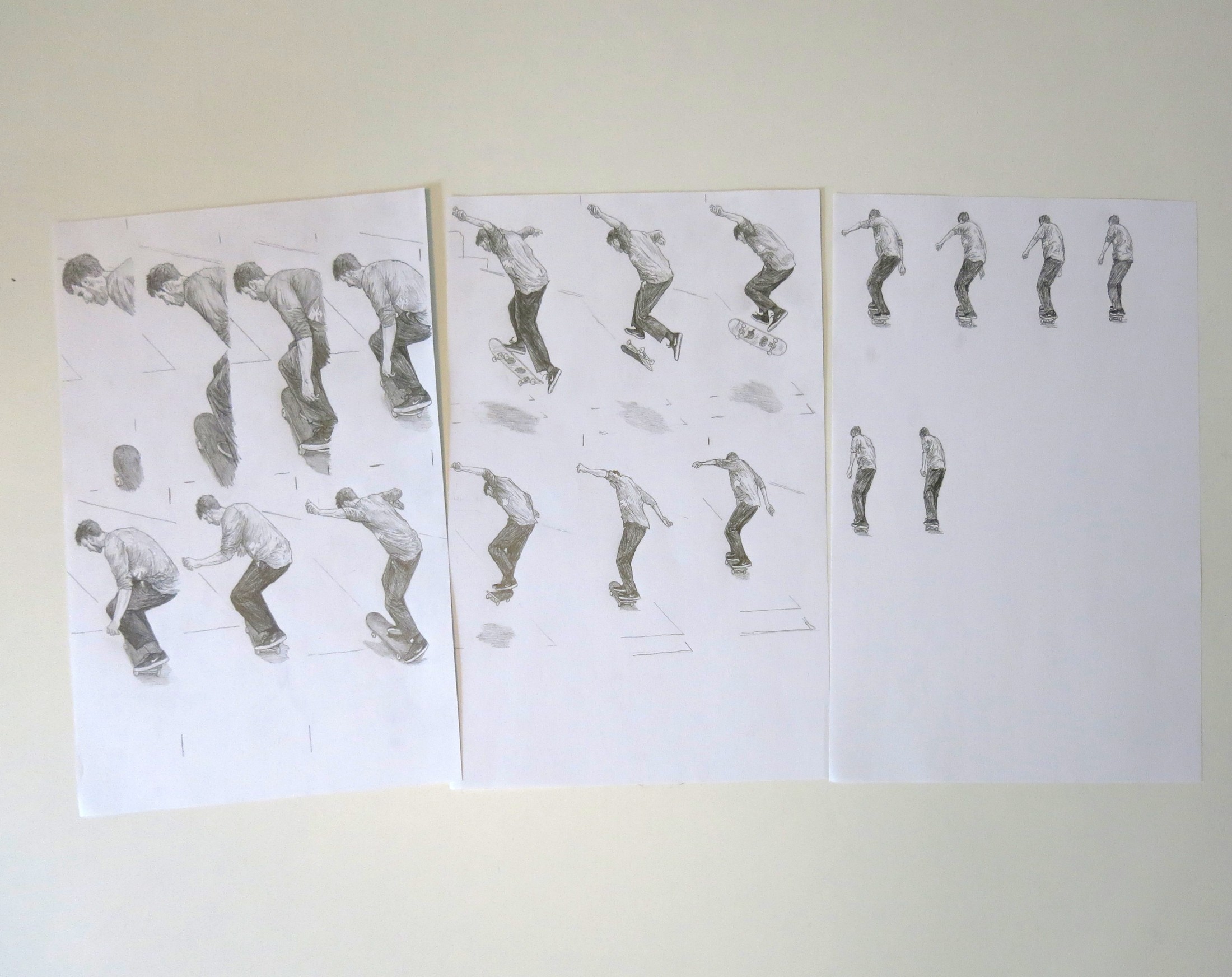 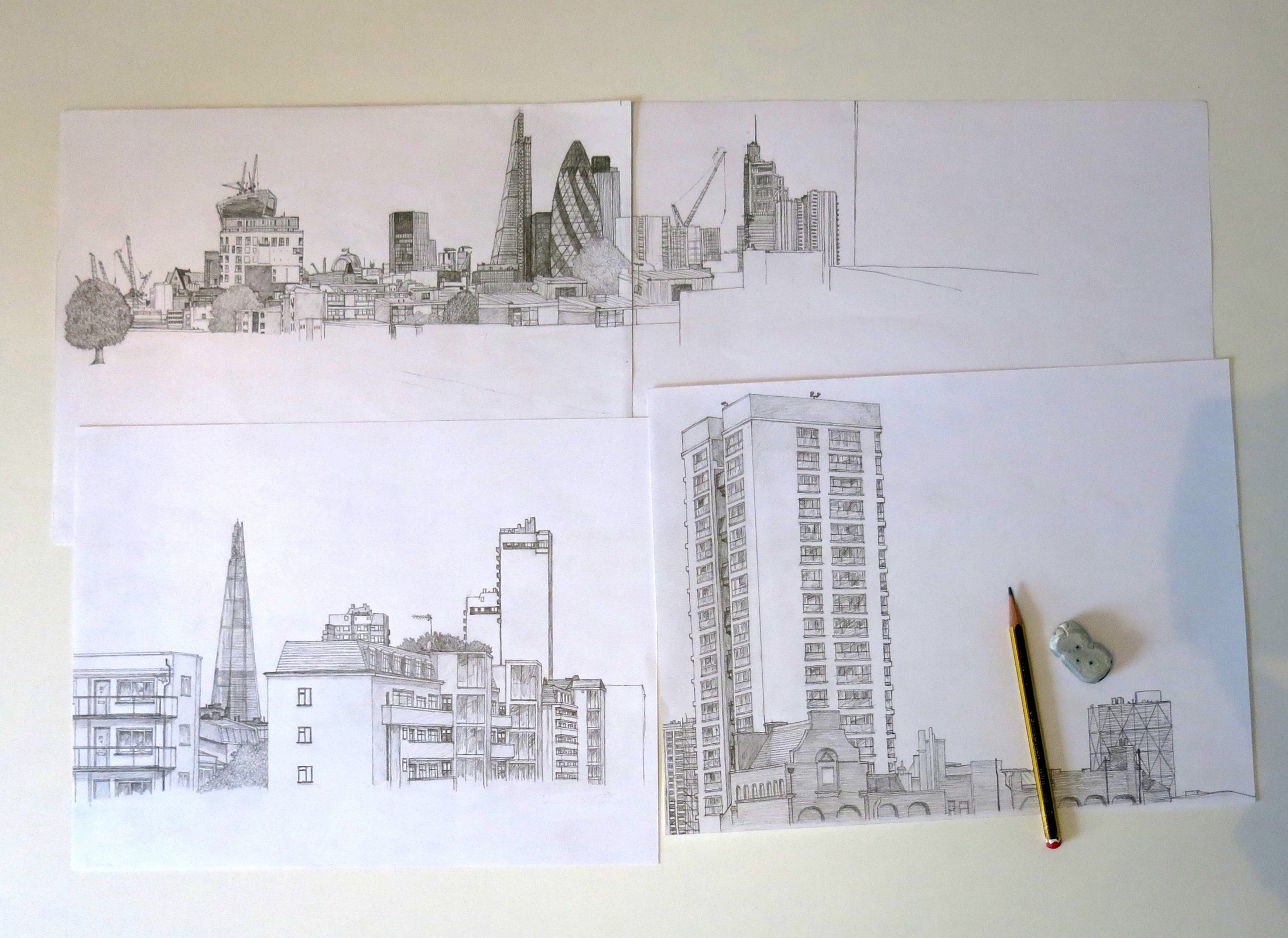 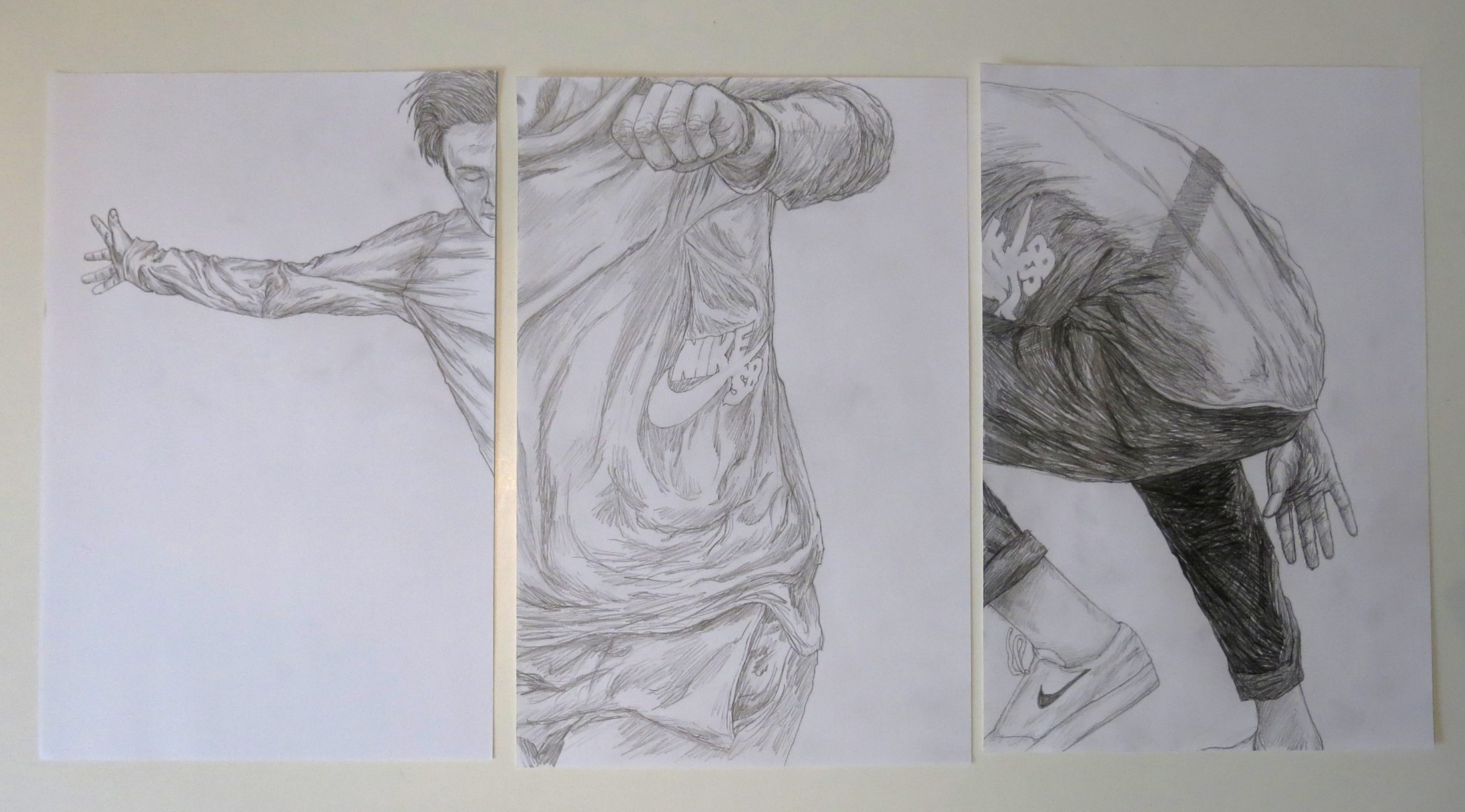