REBLOG! The Evolution of Skate Shoes 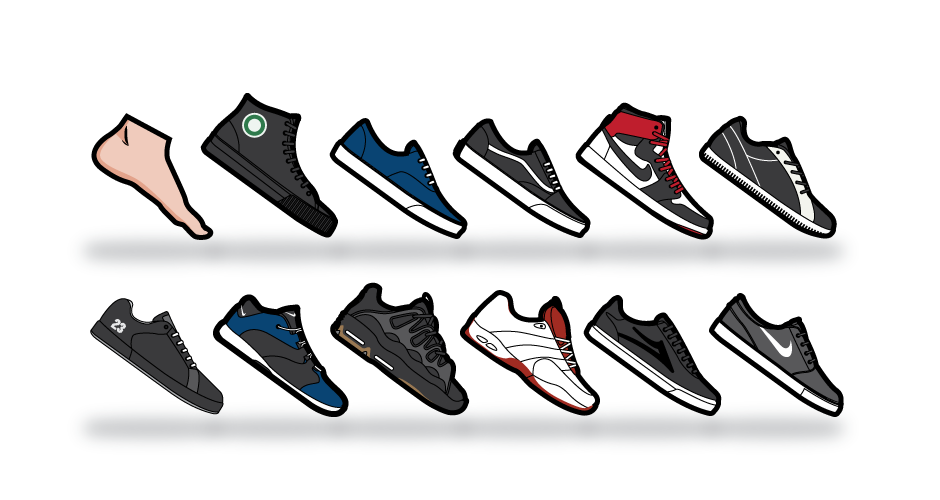 Before the days when skate shoes were worn for every occasion other than skating, when the culture first picked up, there was not one shoe on the market that was fit for purpose. Rumour has it, when the East Coast surf community influenced and developed their new pass time, they chose to use the same footwear for that too: just barefoot. Common sense soon prevailed, provoking a more sensible alternative, as the skaters moved onto PF Flyers and Converse in the 50’s and then onto Vans for the 70’s. To the current generation, these brands are synonymous  with being that affordable go-to pump. But without skate, it’s argued that none of the brands would have had such a rich, passionate following that inspired many of the silhouettes; the majority were all designed with skate in mind. Airwalk and Jordans’ came to the forefront throughout the 80’s, as skaters wanted more cushioning and padding to aid with tricks and innovation on the board. At this point, Nike also started putting an ear to the ground when it came to skating, with their first foray into the market coming in 96, five years before they released their in house SB brand. It wasn’t a huge success, but it sparked a real interest internally at Nike, leaving them to go back to the drawing board and have another go. Osiris and Lakai came in the meantime, working hand in hand with the baggy jeaned hip-hop scene throughout the early 2000’s. By this point, Nike had regrouped and launched the ‘Nike SB’ brand, adding numerous high profile skaters to their roster and giving the majority signature shoes. Alongside skate specific Blazers and Dunks, Nike’s vast catalogue forced themselves right back into the industry and set the bar to which we are currently at today. For a more in depth look at each of the shoes through the decades, take a look here. 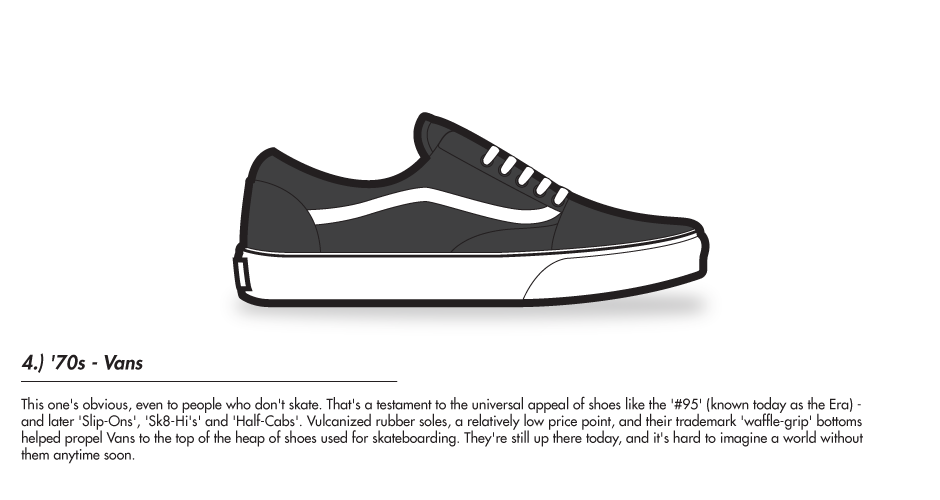 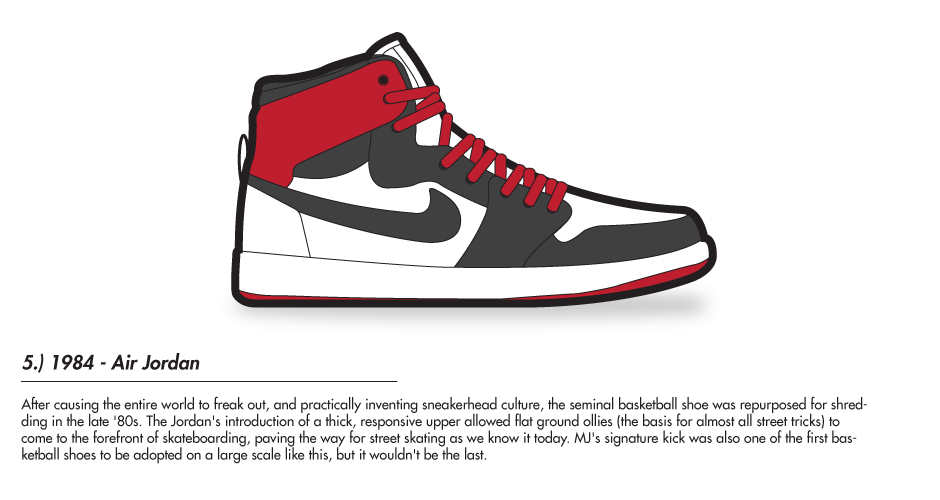 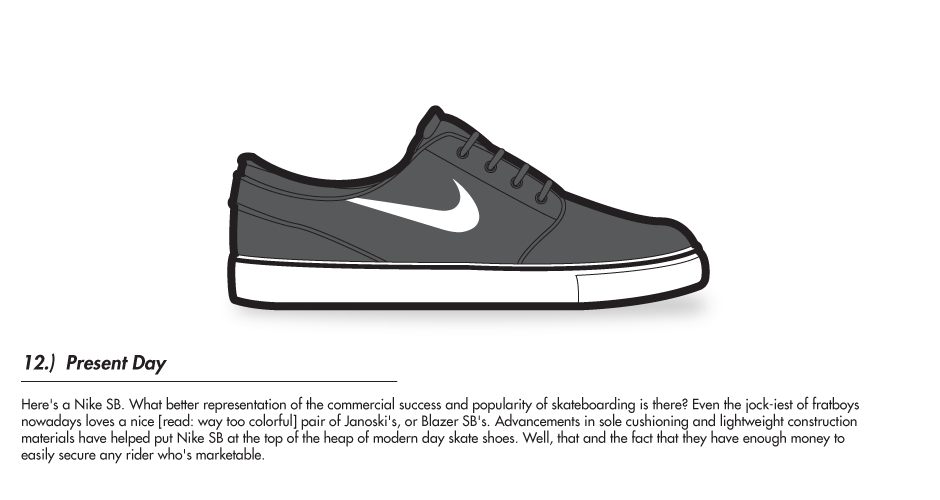