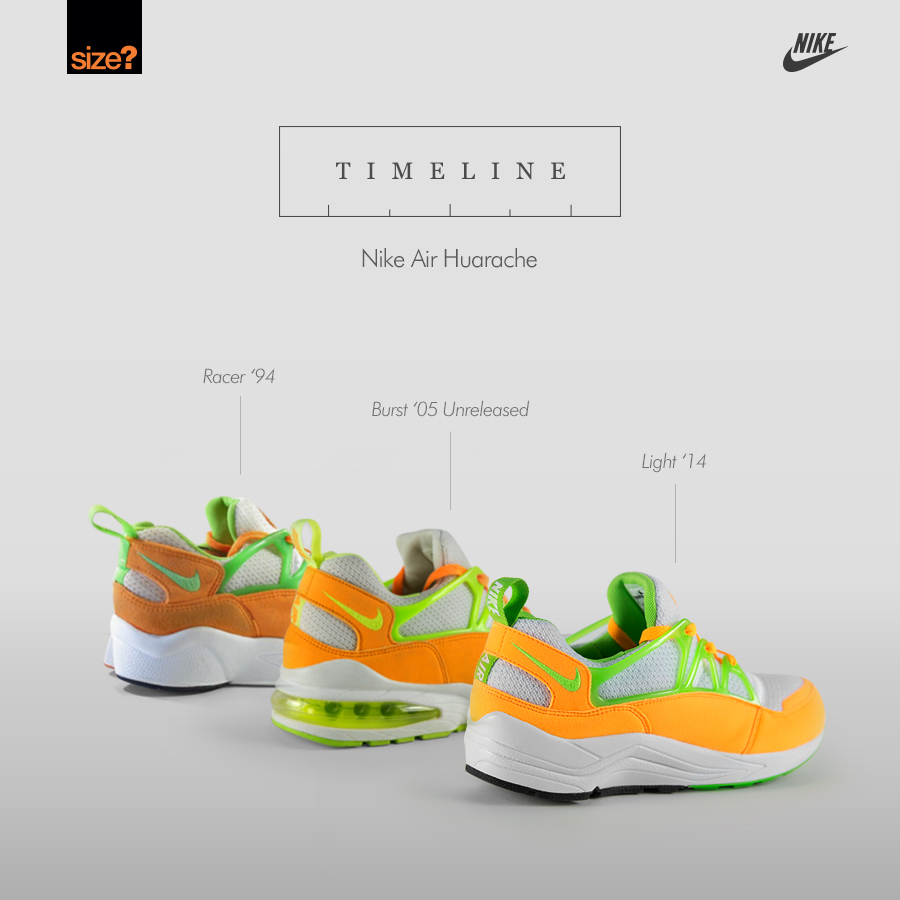 Contrary to all rumours and speculation, Nike are releasing the Air Huarache Light in ‘Atomic Mango’, inspired by the iconic Huarache Racer OG colourway from 1994. With the current resurgence in all things Huarache, the Light, upon its original sole unit took an already clinical silhouette and made it even lighter. Arguably, the Huarache Light proved the foundation of many of today’s commonplace runners. Even in ’94 the sole unit was still way ahead of its time. The upper is made from a white micro perforated mesh, caged in a clear fluorescent lime, reminiscent of its predecessor.  The attention is drawn to the predominantly atomic mango nubuck detailing on top of the white Huarache Light outer sole. Pictured above are two previous iterations of the colourway, the original Huarache Racer released in 1994 (originally detailed as White/Fluorescent Lime-Citrus), one of many sample variations of the Huarache Light Burst (2005, detailed as Citrus/Hot Lime - White) and the current 2014 release with the Light midsole. Nike Air Huarache Light 'Atomic Mango'. Available online now HERE, also available in all size? stores from this morning*. Priced at £90 and available in UK sizes 5.5 - 13 (including half sizes) *Please contact your local store before travelling. 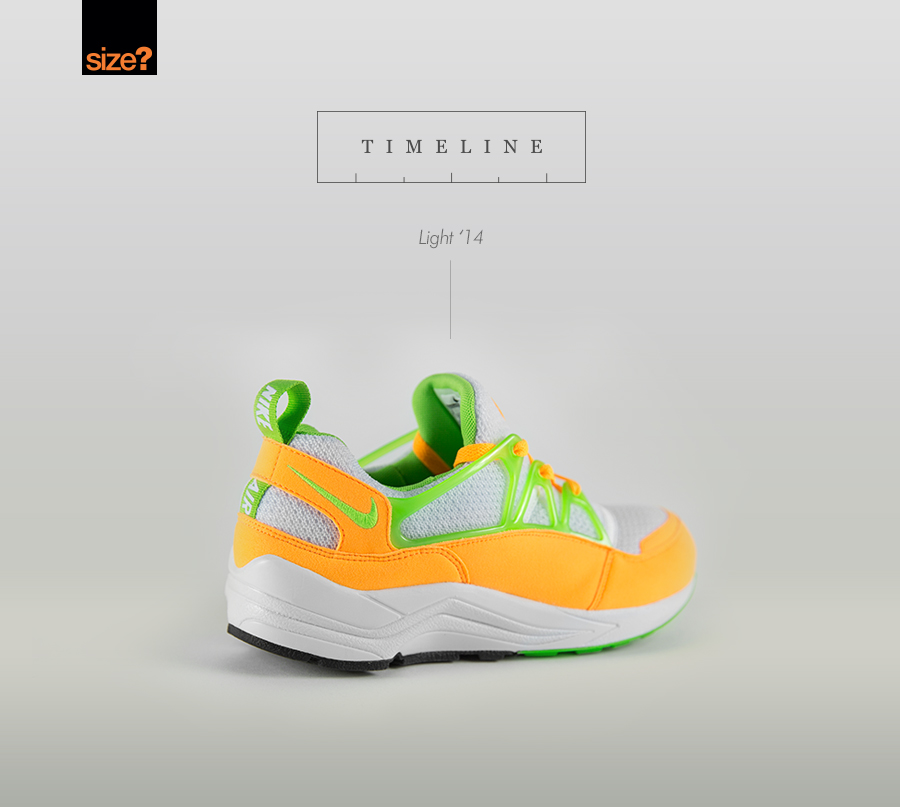 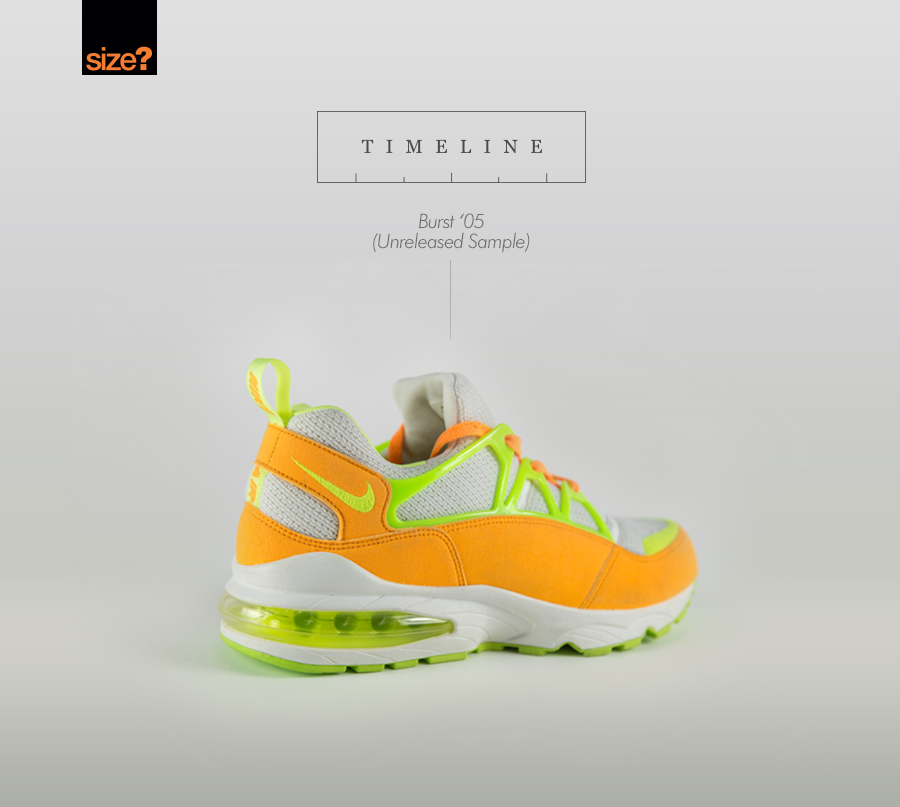 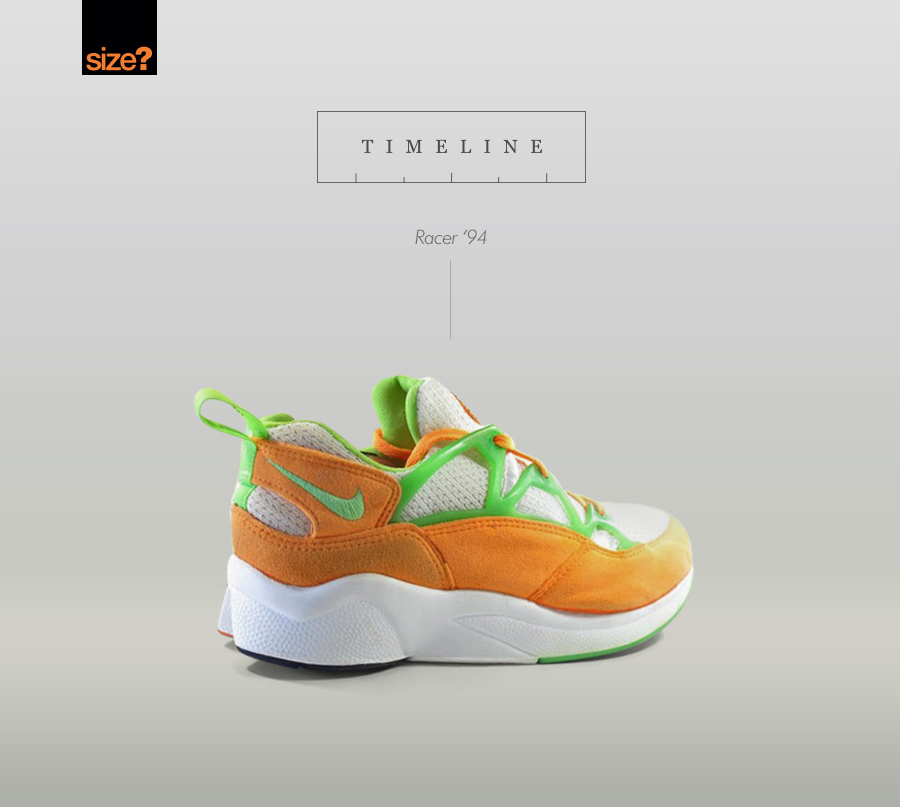