PUMA's rich archive in 90's running was at its peak when the revolutionary Disc System changed the scene in 1993 and this weekend we’re seeing an original colourway of the Disc Blaze getting a well deserved re-issued. Respecting the materials used on the OG Disc Blaze the same approach has been applied, flipping the white upper to a black and dark shadow offering. Contrasting fresh pops of Hawaiian ocean and blazing orange are used on the lining, TPU and out-sole respectively. Continuing the reverse pack storyline started with the XS850 re-issue & R698 drop earlier this year, the accompanying Blaze Of Glory arrives in a contrasting OG colour treatment of black and hawaiian ocean with a hint of blazing orange. 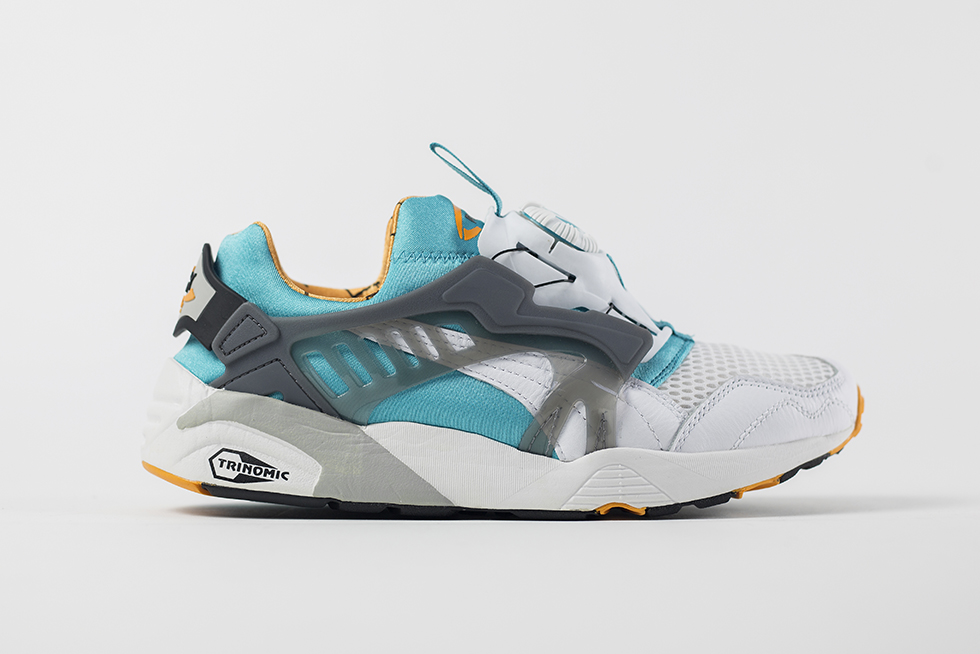 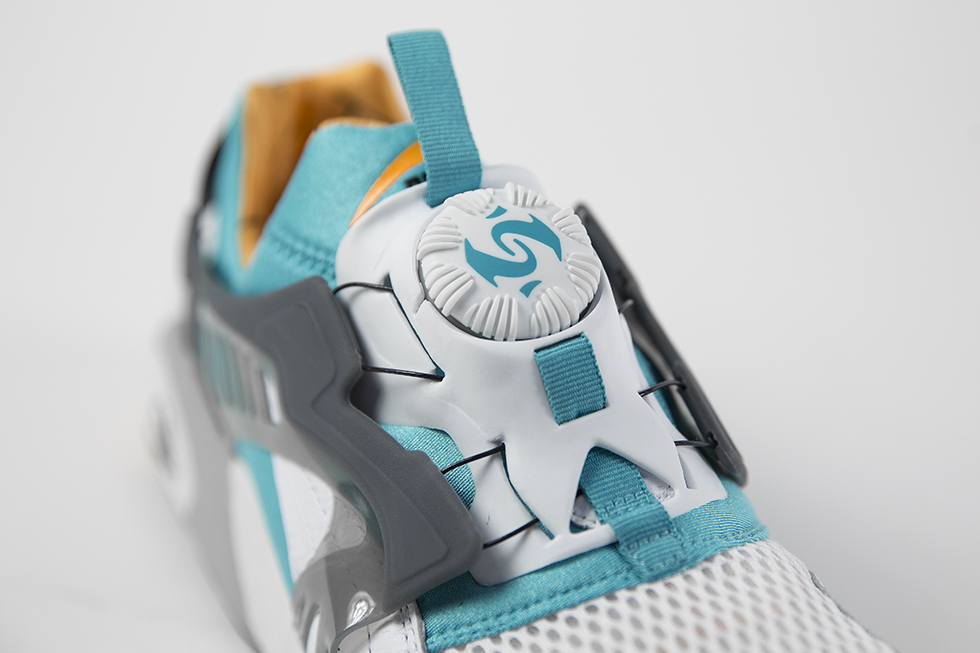 The human foot is a unique and complex construction. In order to achieve the highest possible performance and comfort, it is essential that a shoe fits the individual foot to support and control, without limiting the natural freedom of movement. The ground-breaking PUMA Disc System met this challenge and formed the perfect synthesis of foot and shoe at the time. The Disc Blaze was the most successful style in the range which harnessed Trinomic technology and its famous disc closure system: when you twisted the disc, the internal wires tightened the upper, increasing stability. Available now HERE and in our size? Manchester, Carnaby Street, Harrods, Birmingham, Leeds, Covent Garden, Liverpool, Meadowhall and Paris. 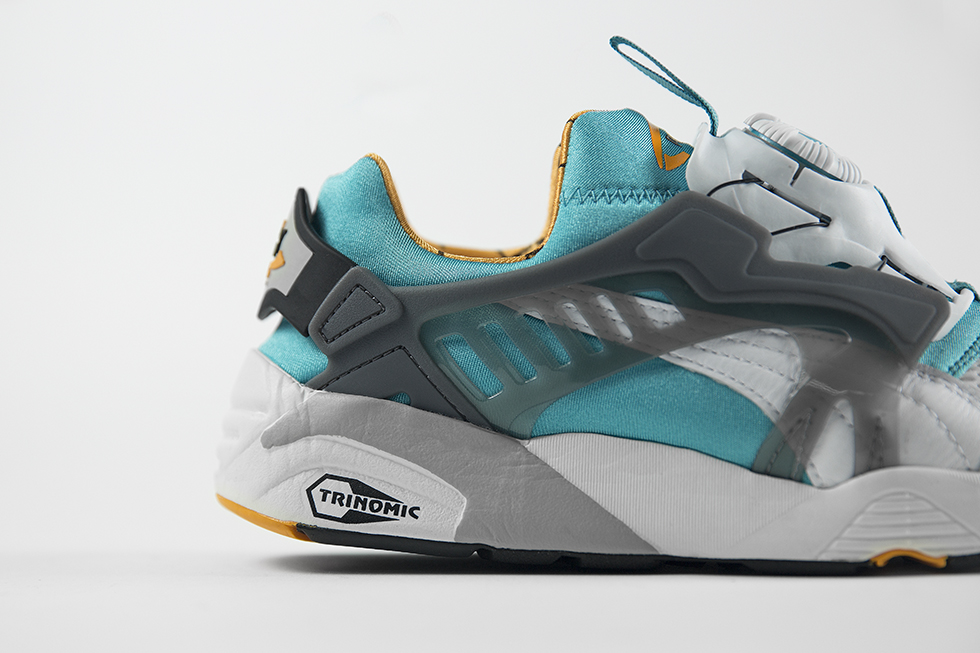 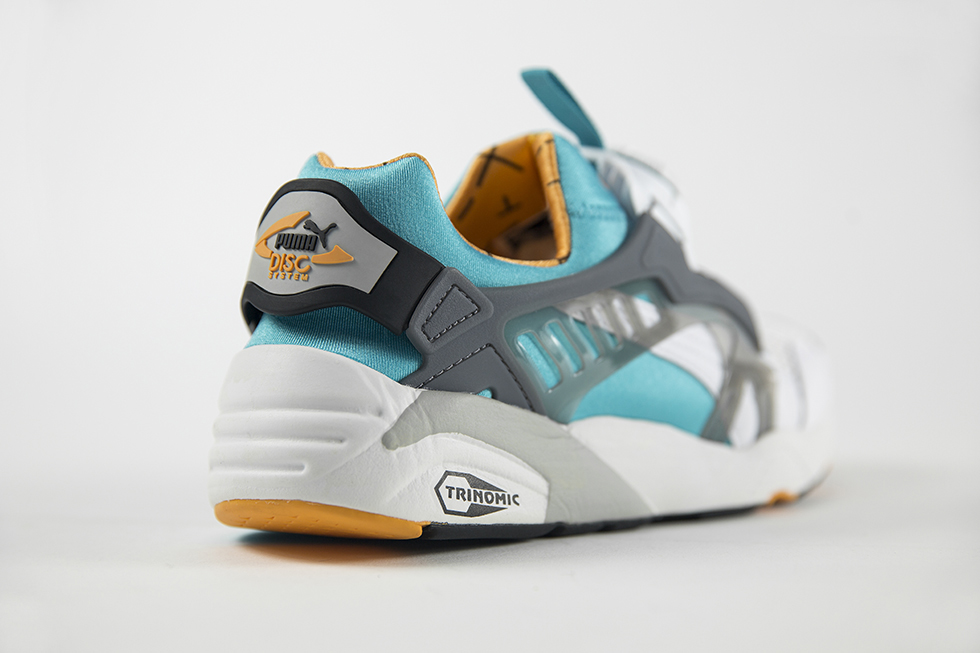 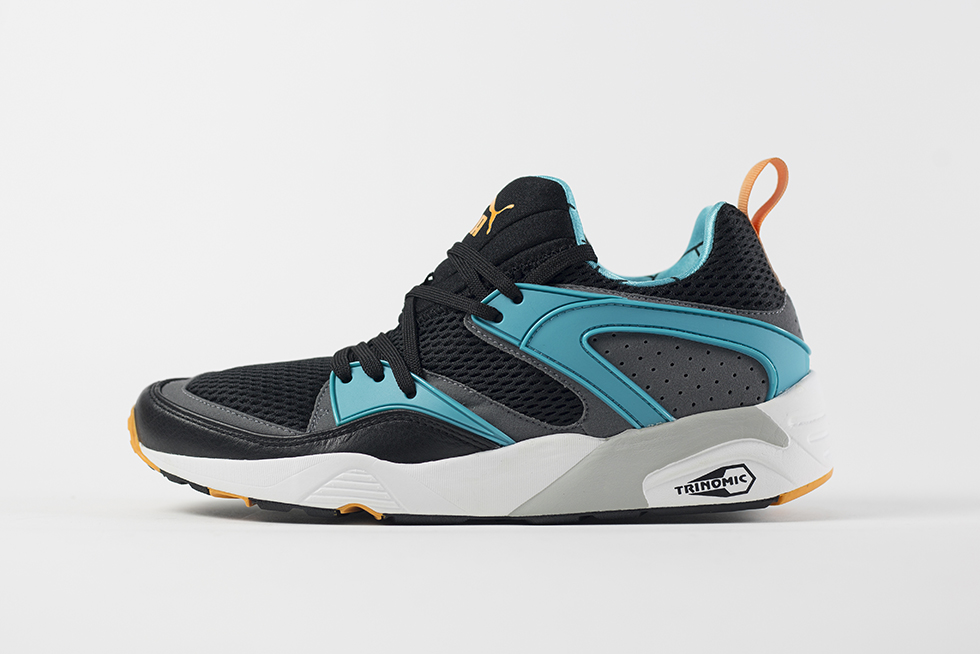 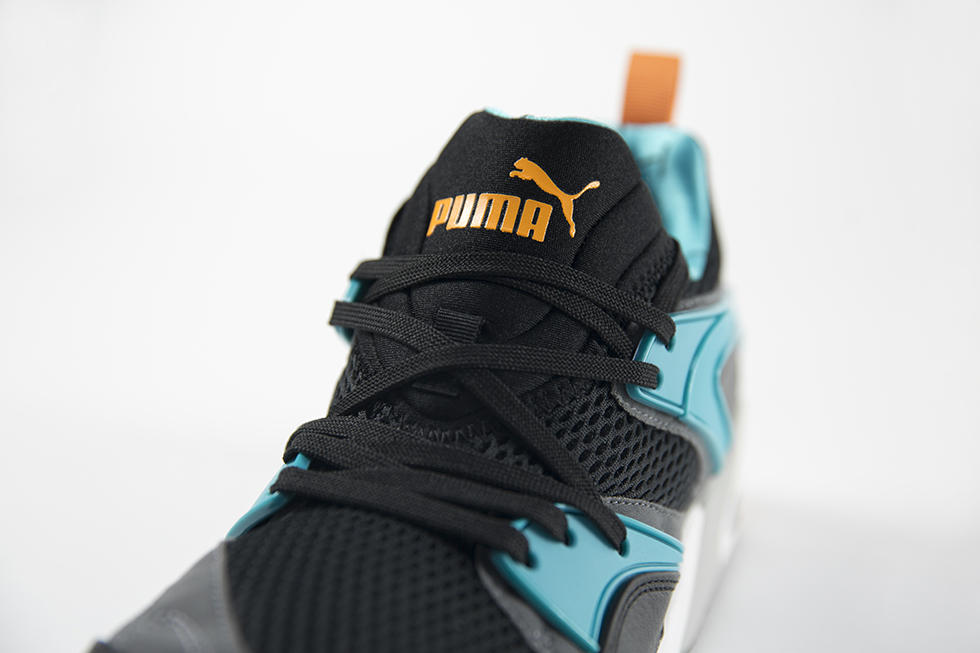 The Blaze of Glory stole the track in the 90's, decked out with Trinomic technology and fully harnessed with PUMA’s trademark mixed material of plush and plastic. With its elegant stance, the Blaze of Glory looks up-righteous from any angle. It has 90's tech written all over it due to the fact that like the R698, it also features the towering Trinomic sole unit. With a neoprene sock lining, laces aren’t strictly necessary; but all the same, it’s the plastic-strap lacing system that really gives this runner a distinctive flavour. Available now HERE and in all of our size? stores. 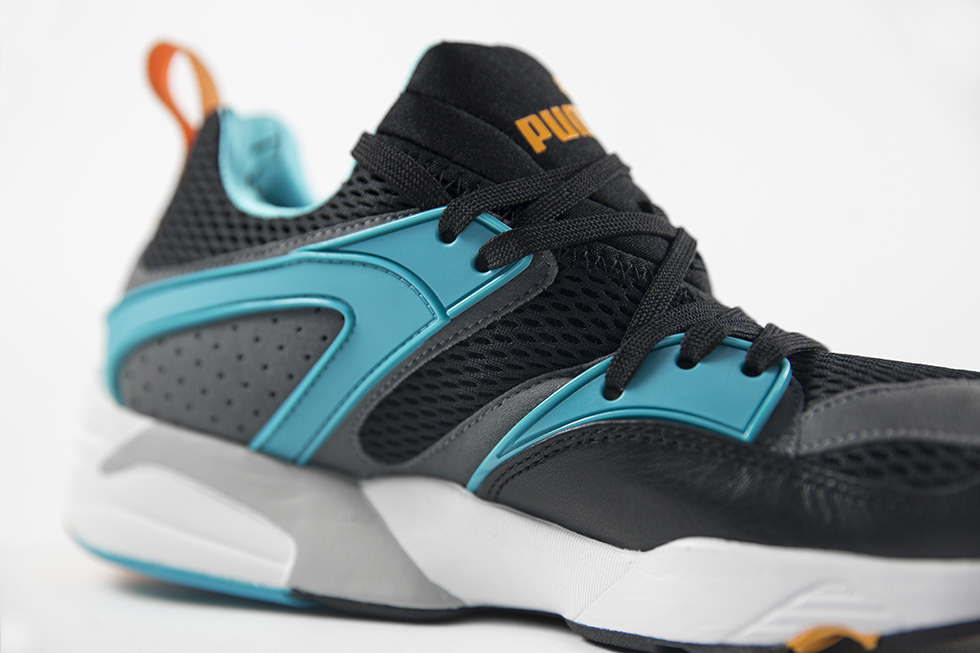 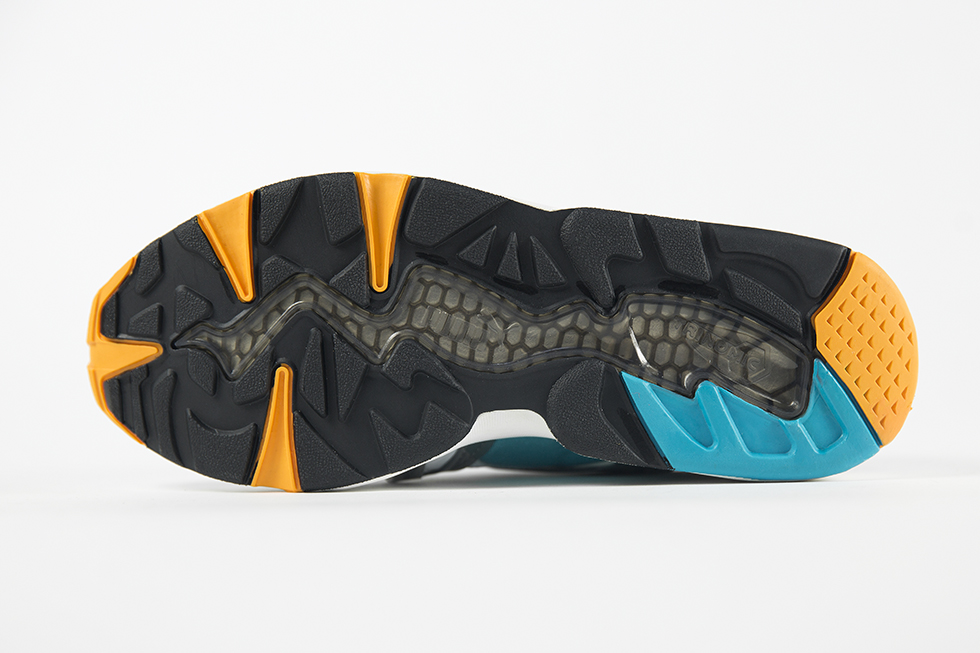