Blurring the lines between Football & Fashion

Long gone are the days when all 22 pairs of football boots on a pitch were black and white. We take a closer look at four of the more unusual collaborations in recent years... adidas f50 Tunit x Y-3 Iconic Japanese designer, Yōji Yamamoto drew inspiration from the traditional drawings of Taishi Hayashi. Using the F50 Tunit as his canvas, Yamamoto transformed a something of a footballers’ essential into a physical work of art. The pack of four, consisting of a dragon, eagle, tiger and a wolf were limited to just 1000 pairs per animal. The creativity didn’t just stop there however; Yamamoto quite literally thought outside of the box when it came to packaging. Each pair, came locked inside a cage, complete with a plaque containing his signature and the adidas co-branding. 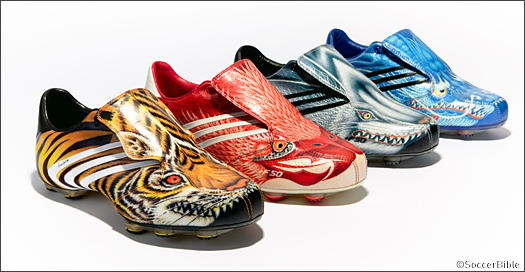 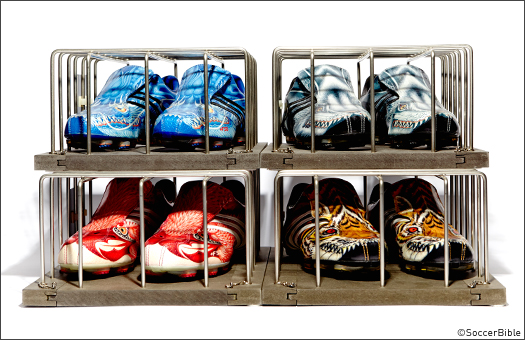 adidas f50 adizero x Yōji Yamamoto Seven years after collaborating on the f50 Tunit, Yōji and adidas teamed up again to collaborate on the latest model in the f50 series. Since the release of the Tunit, the f50 has gone from being a boot with numerous gimmicks, to the elites boot of choice; both Lionel Messi and Luis Suarez now wear them. In the same vein as his first pieces, Yamamoto delved into the rich heritage of Japan and its diverse art scene. The front of both boots feature ‘lion-dogs’, which Japanese folk law claims guarded the Emperor’s and Kings of the land. 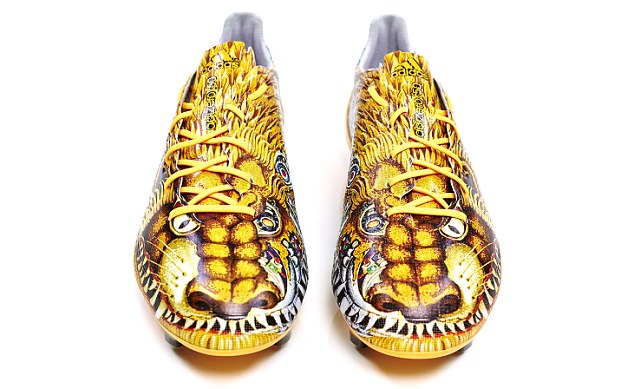 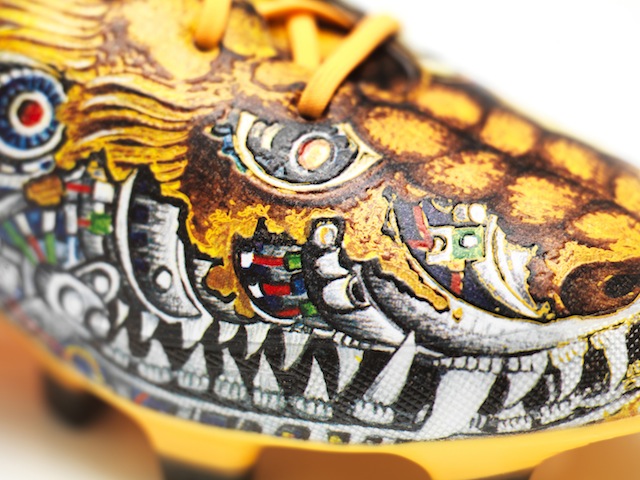 Puma evoSPEED 1.2 x BMW M Series Another brand synonymous with collaborating and gaining inspiration from obscure sources is Puma. After partnering up with fellow German brand and car manufacturer BMW, the pair decided to broaden their horizons and stretch the norms. Allured by the likes of Sergio Agüero and Radamel Falcao, the evoSPEED 1.2 is an extremely lightweight, low profile silhouette favouring a player who prioritises pace and precision. The boot features a white carbon-fibre heel embossed with the infamous Bayern Motor Works logo on top of a predominantly red upper. BMW decided to limit the quantity to only 535 pairs on this boot to pay homage to its first M Series vehicle, the M535i.

Puma evoSPEED 1.3 x ALIFE / A Bathing Ape To celebrate the release of the latest evoSPEED, the third model of its series, Puma challenged brands and retailers alike to bring their own ideas to the studio. A Bathing Ape, Alife, Kith NYC and colette all accepted, each offering a vast contrast to the perceived norms of football boot design. Alife, a size? favourite, opt for an all over print of box logo’s with a royal blue outer sole and red counter and studs. Where as Bape, used their iconic invisible camouflage, which is one of the most recognised and lauded prints in the industry. 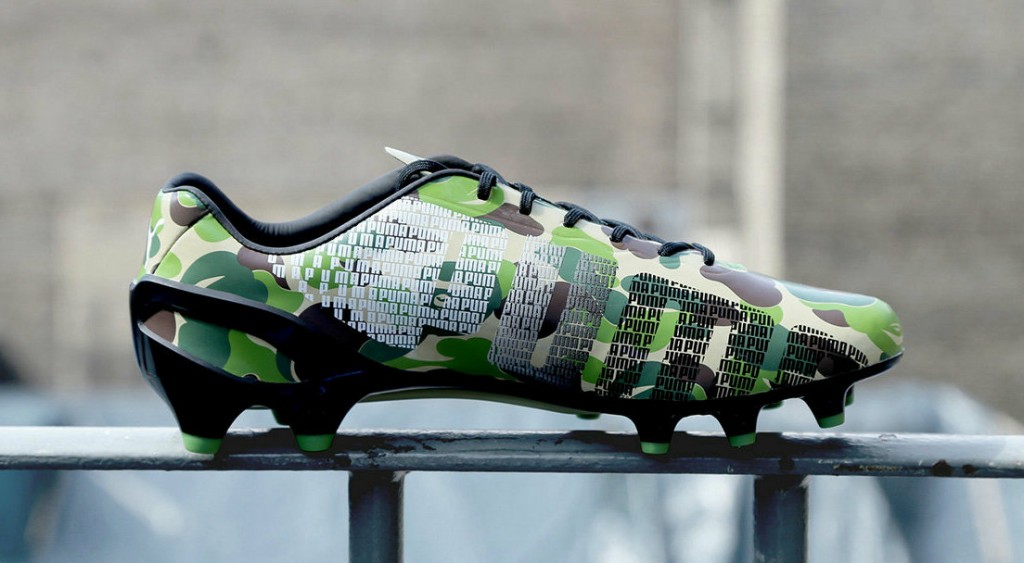