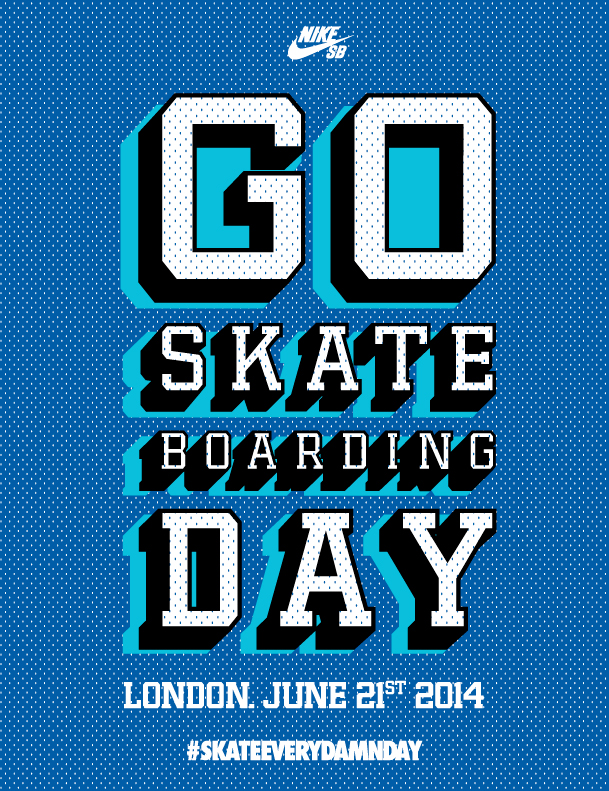 Conceived by the International Association of Skateboard Companies in New York City in 2004, Go Skateboarding Day was devised to help make skateboarding more accessible through various events held in major cities around the world. To celebrate the event, which this year sees its 10th anniversary, the Nike SB UK team will once again be hitting up local skate spots across London this Saturday, 21st June. Those interested in taking part in the celebrations throughout the day are invited to join the team on their tour of the capital as they start in East London in the morning before making their way across the city.