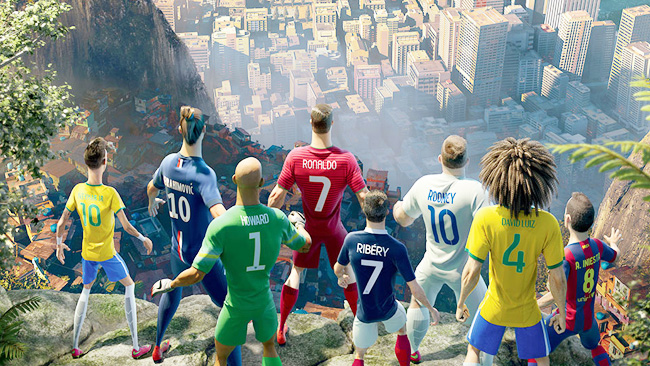 In the build up to the World Cup in Brazil this week Nike have released their latest in a long line of memorable football adverts. The latest animated five-minute feature titled ‘The Last Game” tells the story of Ronaldo leading Zlatan Ibrahimović, David Luíz, Wayne Rooney Andrés Iniesta, Tim Howard, Franck Ribéry, Neymar and Christiano Ronaldo as they take on a scientist and his team of cloned footballers. This is the latest in a long line of memorable Nike football television adverts, check out our top five below: 5) Write the Future (2010): Showed how the slightest margin of error in a game can lead to the ultimate glory or utter dejection.   4) The Mission (2000): The players have to break into an over protected building to steal their football back.   3) Take it to the Next Level (2008): Follows the fortunes of a teenager who is plucked from a youth team game and ends up starring for Arsenal and Holland.   2) The Airport (1998): The Brazilian squad have a game of football while passing through airport customs.   1) The Secret Tournament (2002): Eric Cantona hosts a secret 3-a-side football competition at night.