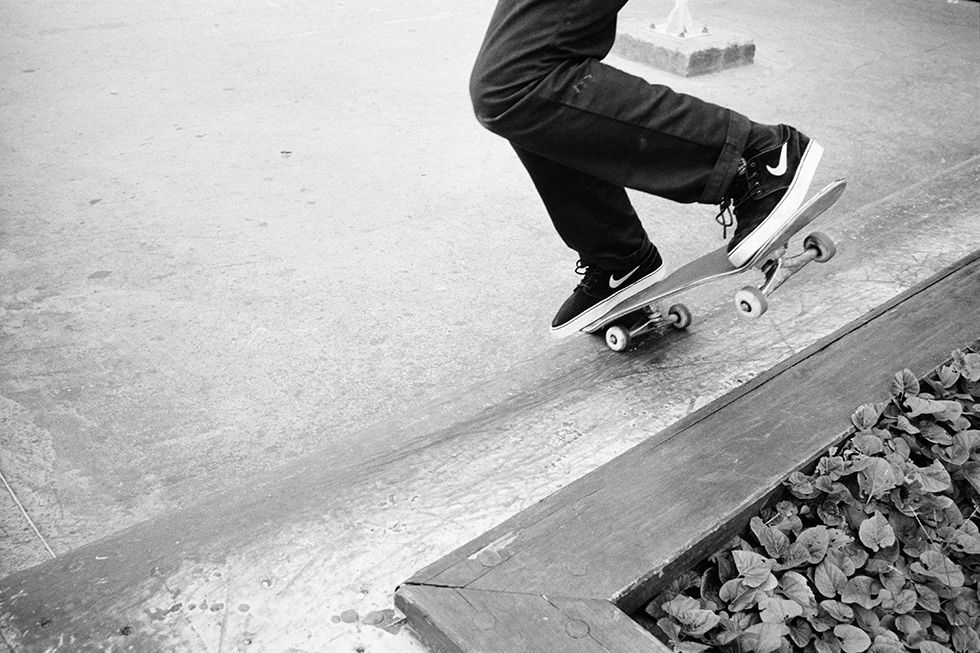 “There are no two sports that demand greater dexterity, precision, power, control or creativity with the feet than Football and Skateboarding”- Nike SB, 2014. Nike SB’s ‘Brotherhood Of the Feet’ exhibition and skatepark opened briefly to the public for a few days last week in London’s Phenomenal House. A fusion of both the world’s biggest and one of the fastest growing sports, the specially designed space took inspiration from the world of football and applied it to a skate environment. Accompanying the space was an exhibition of photographs by Rotterdam based photographer Marcel Veldman who captured Nike SB’s European Team trip to Brazil. Off the back of the Brazilian trip SB Team Manager Colin Kennedy wrote the following words: “When we take flight to pastures new, as a rule we never leave home with out our passports but without fail we are unable to leave without a consistent unavoidable mental baggage, our pre-conceptions. Brazil is traditionally known as a country with a rich and passionate football culture and with this in mind we felt comfortable within our pre-conceived ideas that they, as a nation, would have the same fervour and passion for Skateboarding. Some of us grew up surrounded by Football yet were incensed by it and as a escapist mechanism of sorts picked up Skateboarding. The two, call them what you will, sports, disciplines, or social activities, are indeed very different, yet in Brazil they are both intrinsically linked by their birth place; the Streets. In April 2014, we packed our bags and pre-conceptions and travelled to Brazil to sample the atmosphere of Skateboarding in the cities of Sao Paulo and Rio De Janeiro on the run up to the 2014 World Cup. Our pre-conceptions of Skateboarding in Brazil were not to be unfounded. As a microcosmic example of the Brazilian skate scene you could consider Roosevelt Square the South Bank or EMB of Sao Paulo, the cultural focus point of the Skateboarding community, the preserve of the Skateboarders in the city, the common ground, the place you know you need to head for as soon you drop your bags. We have all travelled extensively and landed at stake spots across the planet in our collective years yet it was apparent that the hospitality of the Brazilian skate community was second to none. Every Skateboarder who we would encounter would make the effort to smile, make eye contact and give a pound or shake a hand. Brazil evokes the true spirit of Skateboarding, community, fun and friendship, no matter what. From Luan Oliviera to the kid with the beat up board at the sport trying to learn rock to fakies on the spine ramp at the makeshift street park in Rio, everyone engages and respects each other on the same level. Given the more alternative context of this Skateboarding trip it seemed fitting to hand pick the crew on the basis of an inherent link or an instable passion for, well, Football of course. This collection of images is intended as a visual narrative of our journey through the streets of these two unique cities in one of the most vibrant, welcoming culturally exciting countries on earth”. Shop the latest collection of Nike SB product online or at our bespoke SB retail space in size? Carnaby Street, London, now. 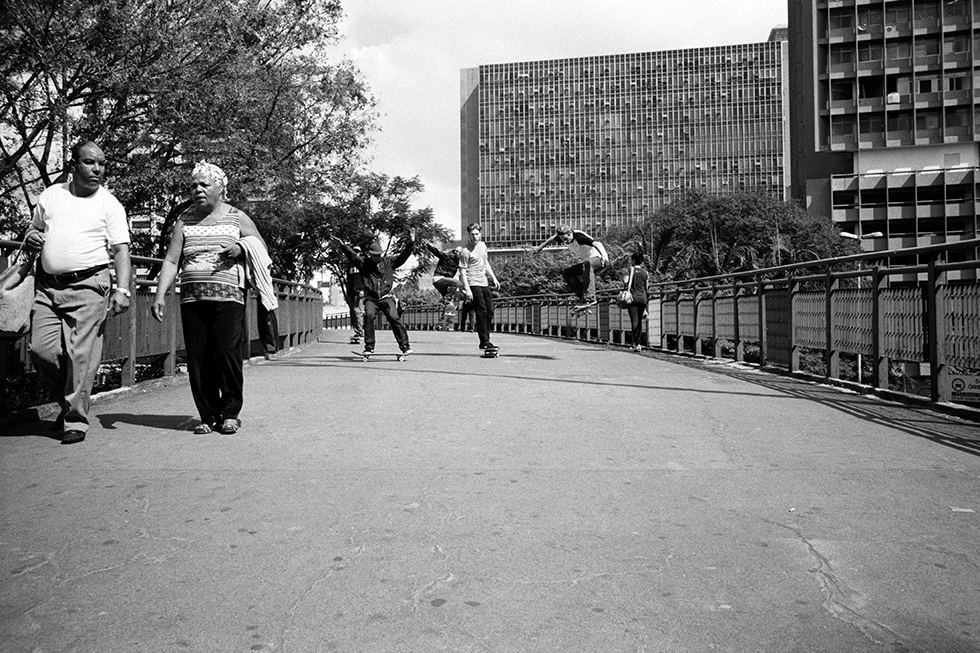 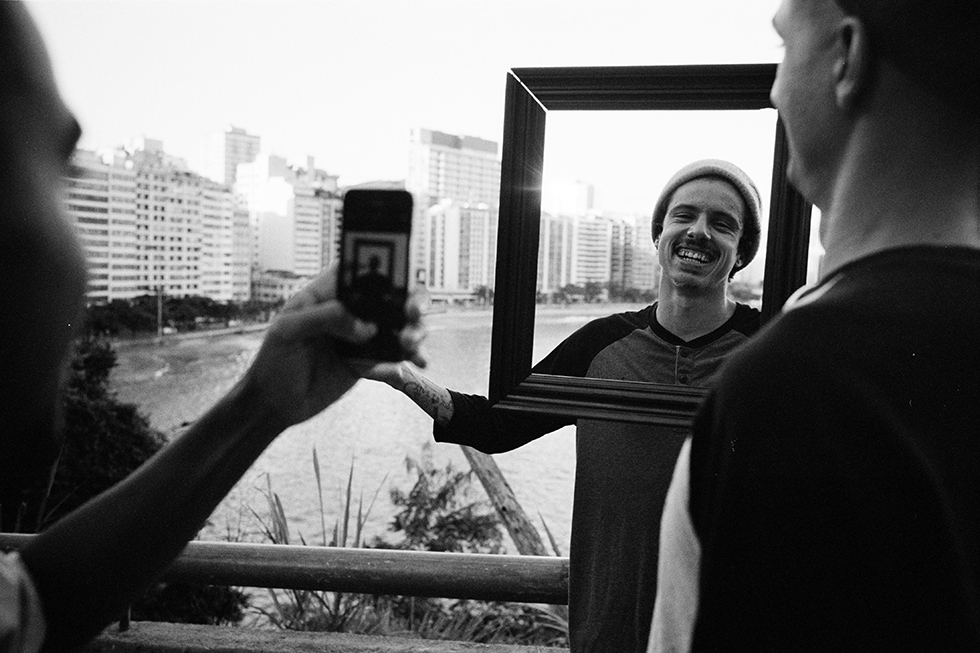 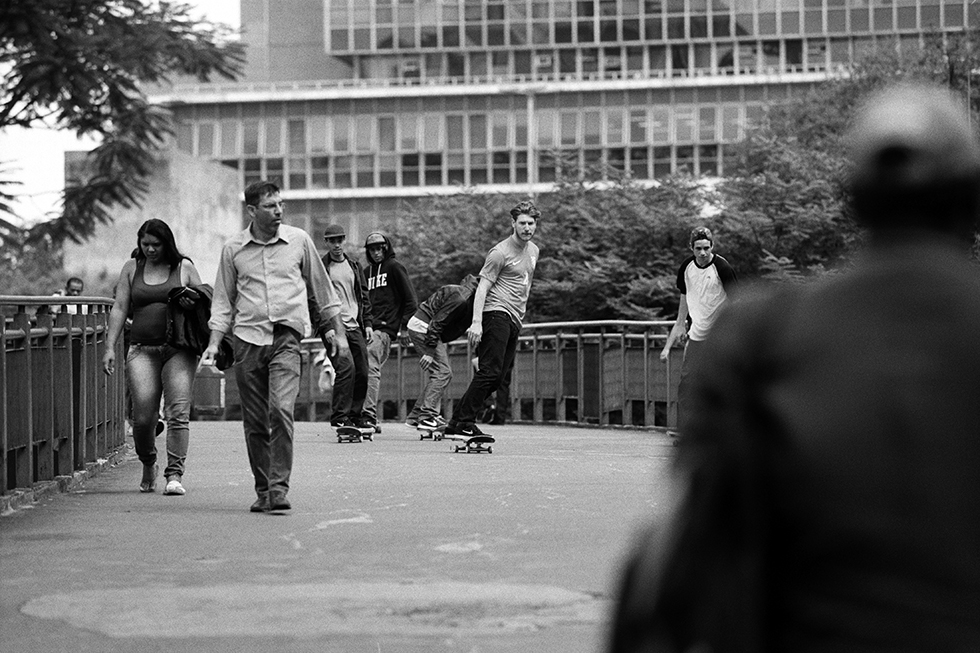 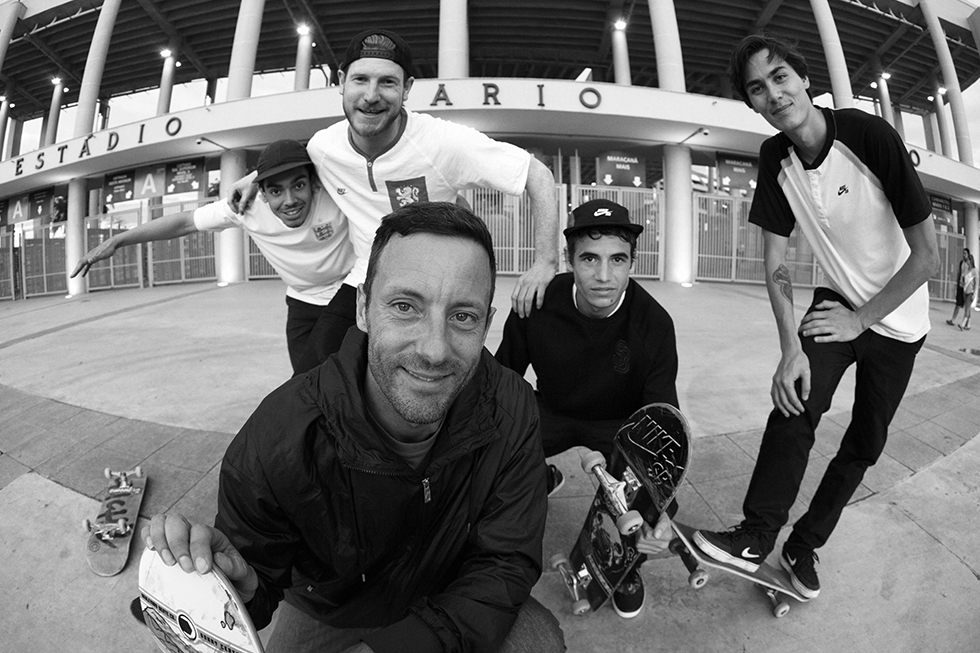