Hypebeast talks to Steven Smith: One of footwear’s most iconic designers

The name Steven Smith may not ring a bell, but that’s all set to change this year as one of the designer’s crowning achievements — the Reebok Instapump Fury — is celebrating its 20th anniversary this year. A man who has always held running close to his heart, it was this passion which led him to a career in shoe design. After graduating from college Smith cut his teeth as a designer at New Balance before upping sticks for a move to Reebok. It was here that Smith would design one of the more radical footwear silhouettes in the industry — one that even now looks ahead of its time. It wasn’t all smooth sailing though, as the Instapump Fury had to overcome several hurdles during development but Smith stuck with his vision and as they say, the rest is history. Hypebeast caught up with the designer to pick his brain and get the inside scoop on his innovative design. Check out our favourite questions below, and keep an eye out for the Reebok Instapump Fury launching in the coming weeks, priced at £130 in UK sizes 7 - 11 (extremely limited availability). 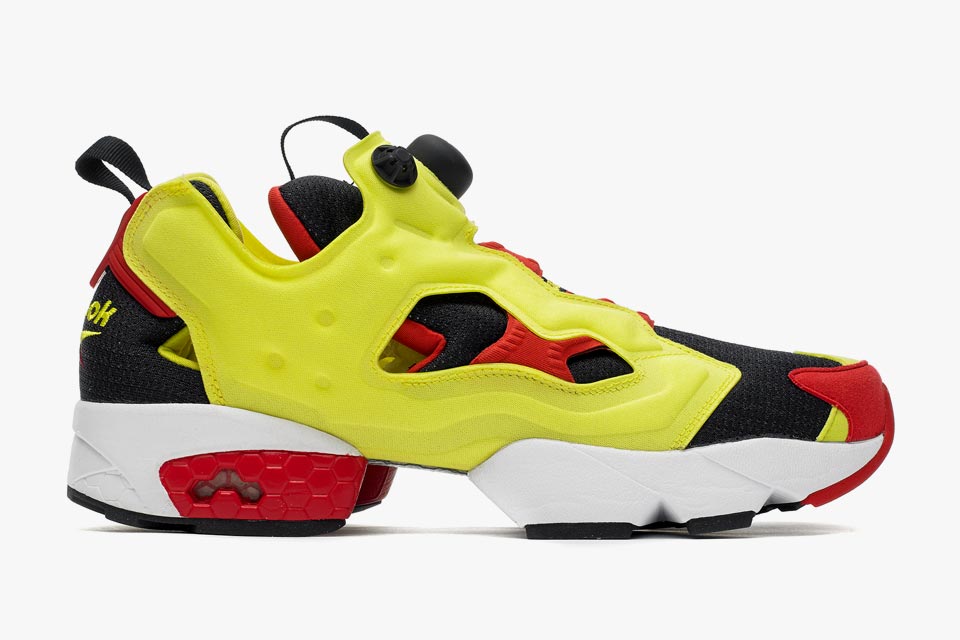 Can you introduce yourself and what you do? Steven Smith — Sporting goods designer. I have been designing since 1986. I also do some military and telecommunications product design. I love well-designed objects and machines of all kinds. In my spare time I race and restore vintage automobiles and motorcycles. I really enjoy spending time with my wife and daughter most of all. How did you initially get your foot in the door of footwear? It was driven by my passion for running. I went to design school to learn how to design consumer goods and electronics and got a BFA in product design from the Massachusetts College of Art. When I graduated I heard from a friend that New Balance was looking for a designer. I went for the interview and it was in a historic old mill in Lawrence, Massachusetts which I really loved. While in college I ran in New Balance 730s and 990s so it made perfect sense to design products for my own needs. Once I got there I found out I was only the third designer they ever had. I went on to design what are now their classic running models like the 675, 676, 574, 995, 996, 997, 1500, and the 428 basketball shoe. What was the original design brief for the Instapump Fury? There never really was a brief like today’s regimented process. We saw some really interesting products and materials in the medical device and aerospace industry and figured out they could make a big difference in sneakers. The idea behind the carbon arch was to reduce the midsole material by a third with this stuff from the SR-71. On the upper side of things we were looking for a cool way to make the Pump the whole shoe. 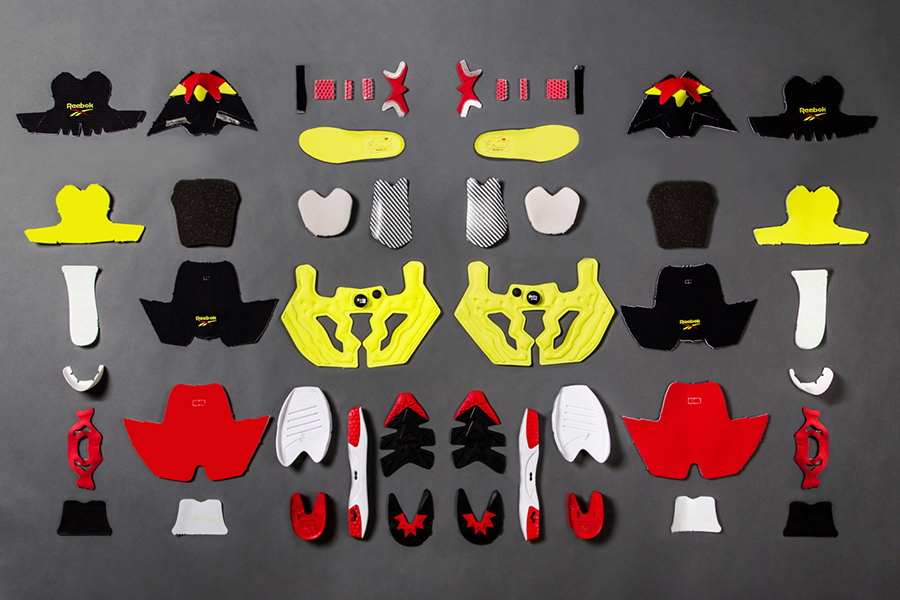 During its first release, what were the reasons why people loved the original Fury? It really was a love/hate model. Actually it was more of a love/fear relationship. Paul Fireman asked us to go to new places for the company and that’s what we did with this shoe. It really pushedReebok and the industry to new places. I never set out to create industry icons but time has proven them to be right. It was one of the first 9-ounce trainers and it did have an infinitely adjustable fit. And for those who weren’t such a fan, what was their consensus? I think that all good breakthrough design should make people a little uncomfortable and the Fury represented this ideal. Some people weren’t ready for such a radical midsole or a shoe with no laces. What’s been your favorite Instapump Fury project over the last two decades? I think the original shoe in the red, citron and black colorway. The next favorite I think would be the Jackie Chans. I did get a pair of those for myself. What do you think is the future of footwear? I think a true revolution in manufacturing needs to take place. I think 3D printing could be really big but what we really need is a bio-shoe of some sort that we can grow naturally and will decay like organic compounds. 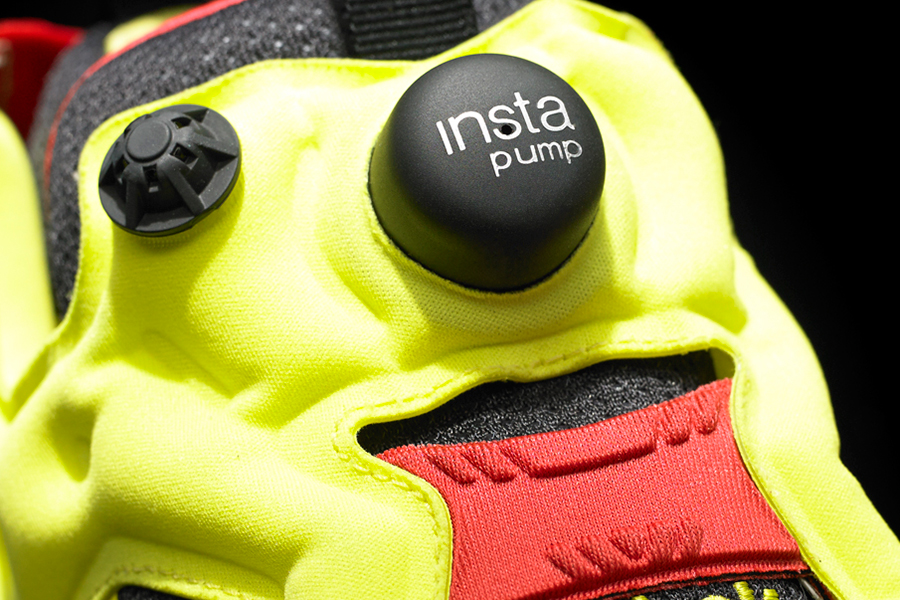 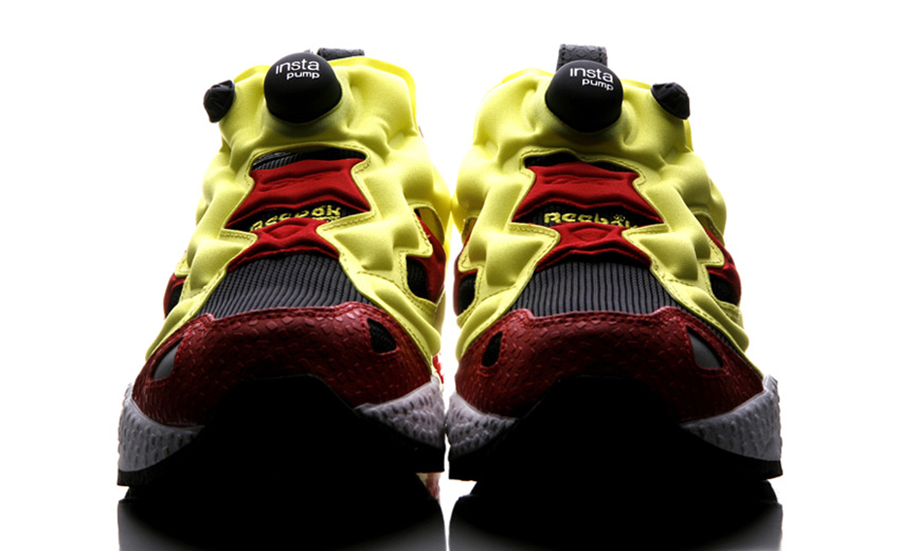 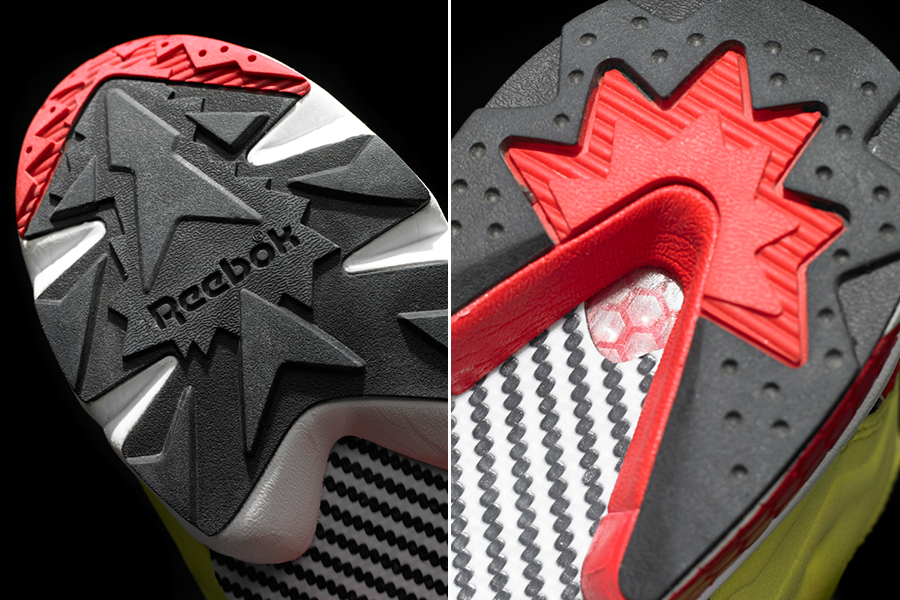 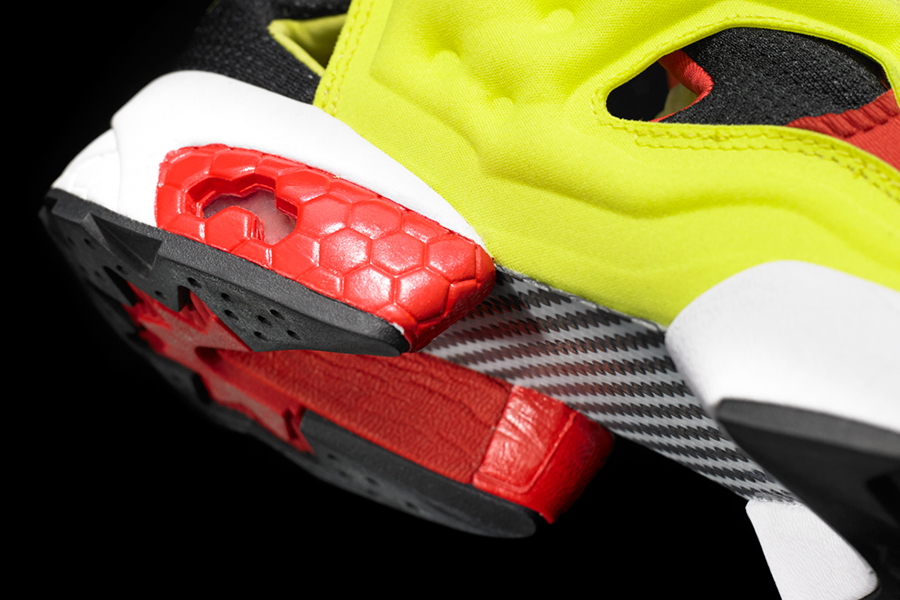