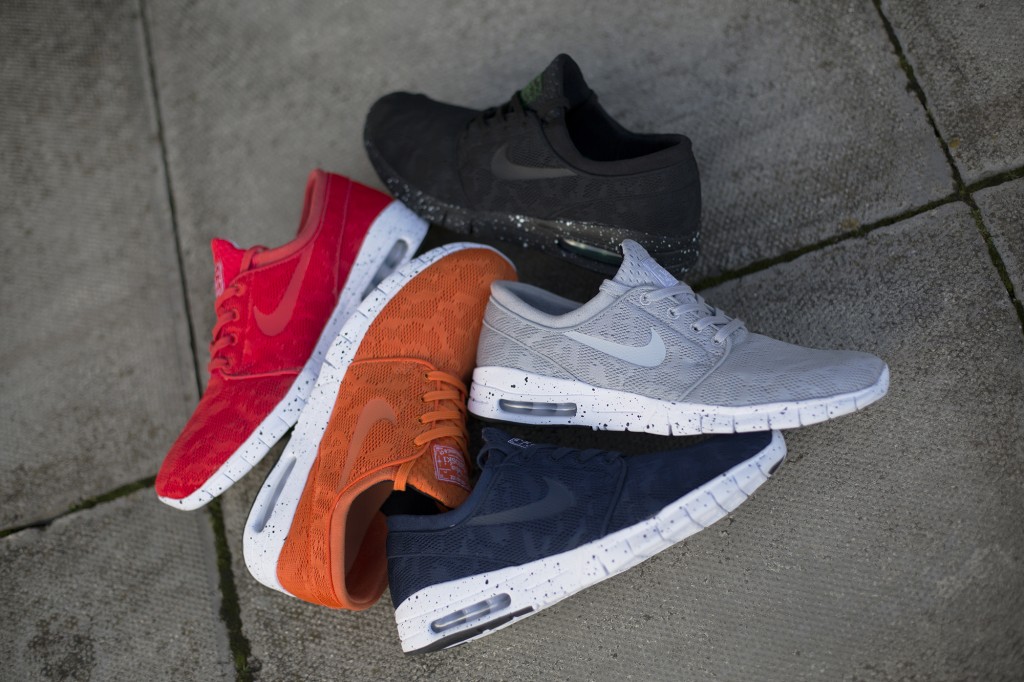 The Nike SB Zoom Stefan Janoski has had an incredible amount of success since its 2009 debut and has enjoyed a longer first production run than any other signature skate shoe in footwear history. Nike have now utilised it’s unassuming, minimal silhouette combining it with some of their innovative technologies to present a unique take on the Janoski.

Just like the original model, the upper takes a clean and simplistic approach featuring the same large panels as before but with a very distinct addition; a Jacquard mesh upper. Similar in appearance to Nike’s Engineered Mesh that recently  featured across the Air Max series, the upper is presented with a tonal camouflage pattern throughout, which is the perfect look  for this Air infused model.

Accentuating the uncomplicated nature of the upper is a sole that blends two of the greatest cushioning technologies made by the sportswear giant – ‘Free‘ grooves in the forefoot and a Max Air cushioned unit at the heel. As ever Nike have pushed the boundaries with this model using their innovations to create an exciting new silhouette from an already iconic shoe.

The Nike Stefan Janoski Max will be launching within the next few weeks in both the Orange and Grey colourways, with other colours scheduled to launch at the start of February, priced at £90 a pair. 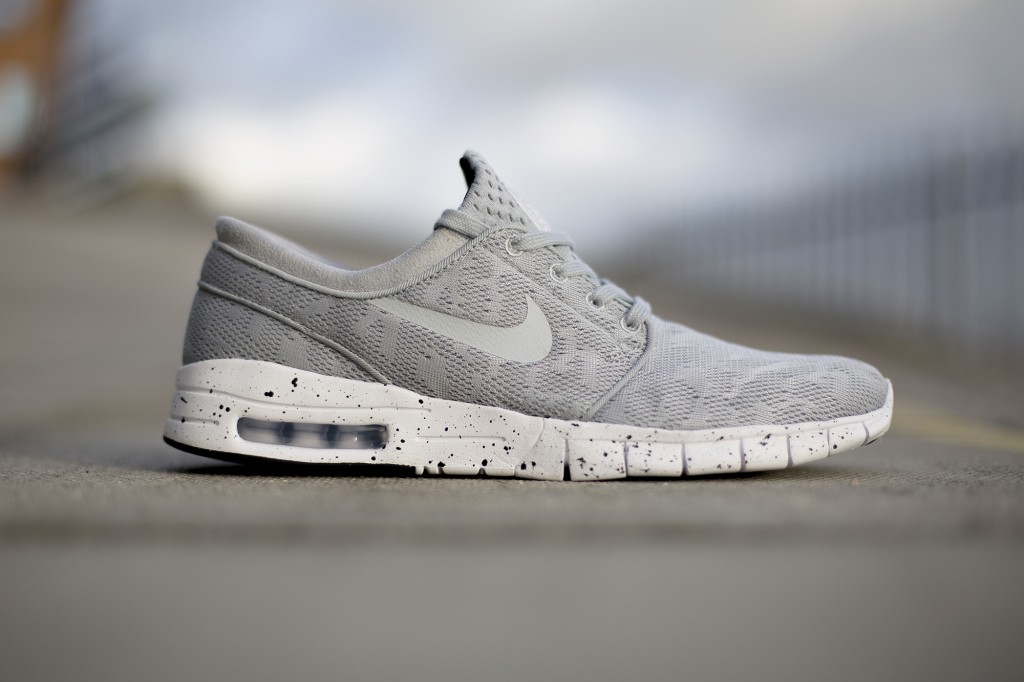 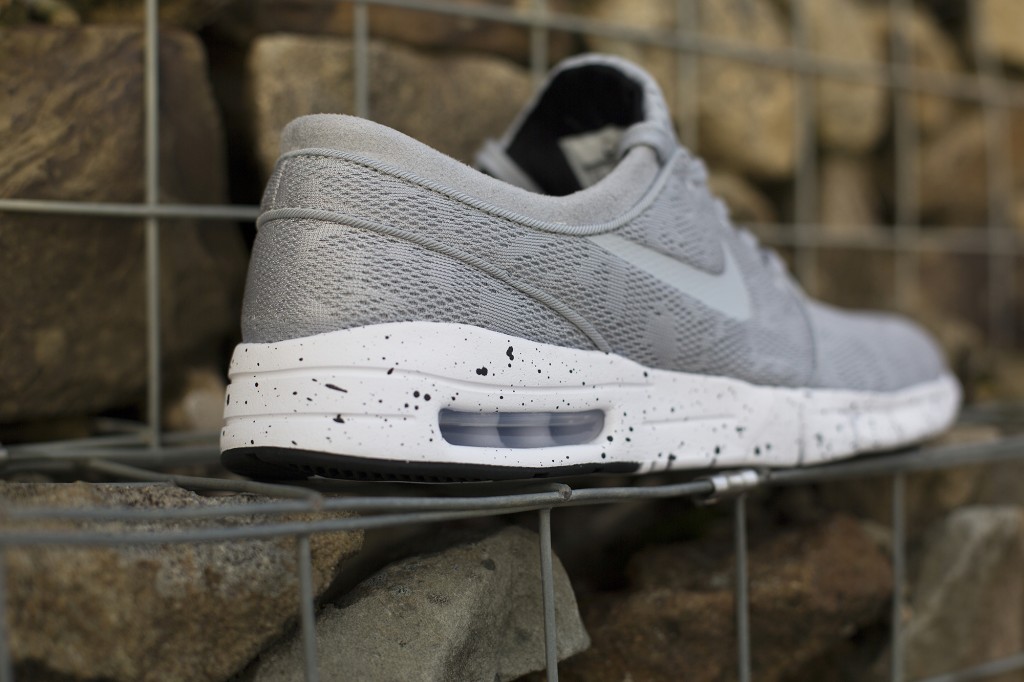 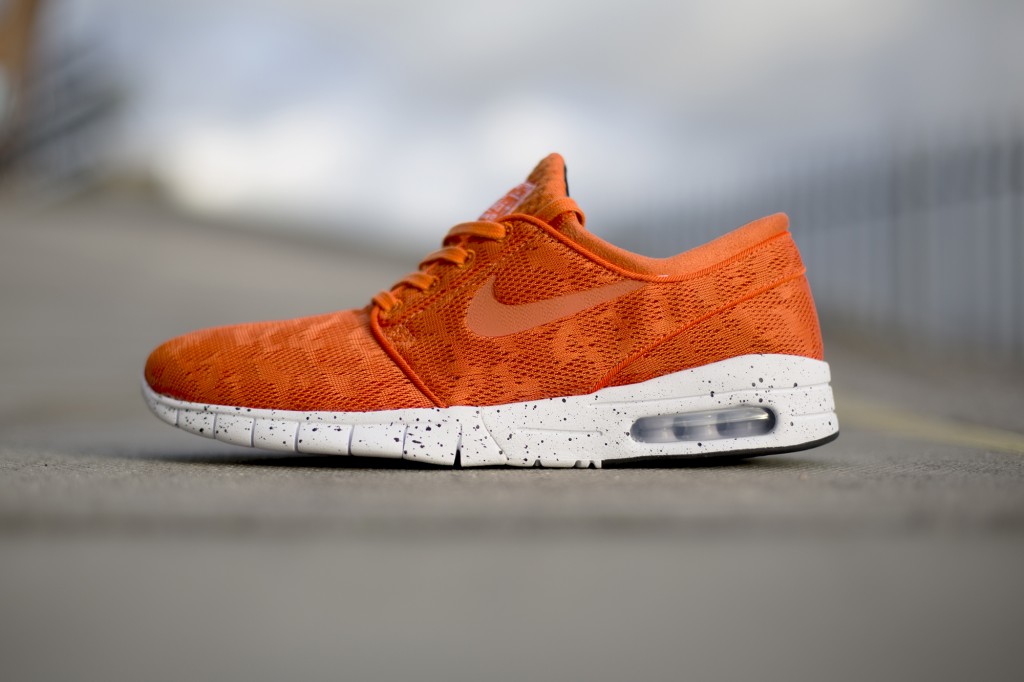 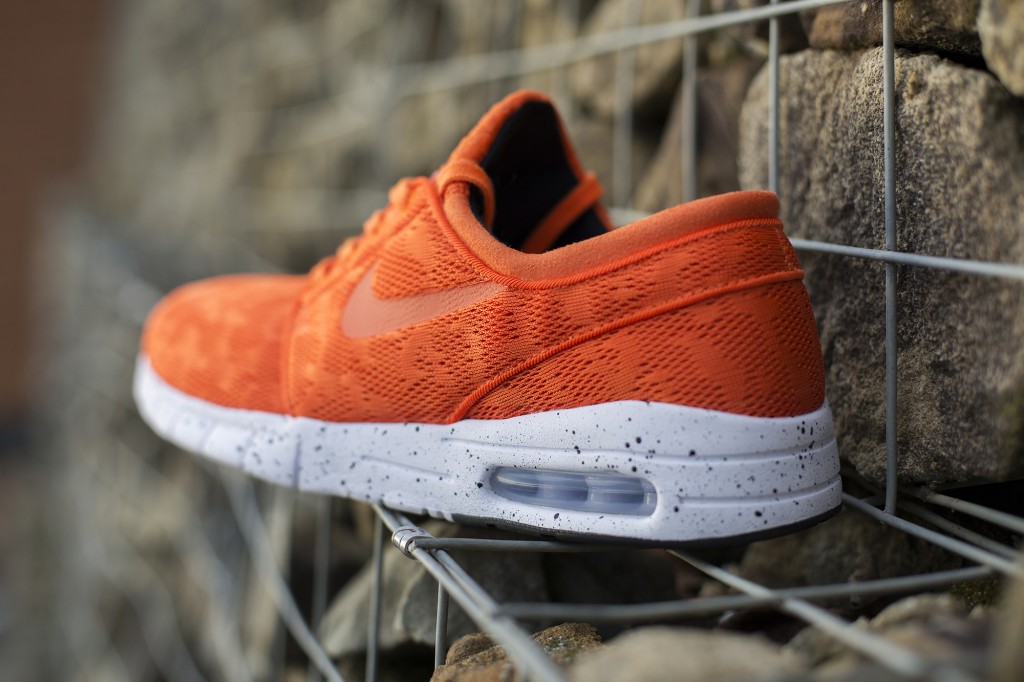