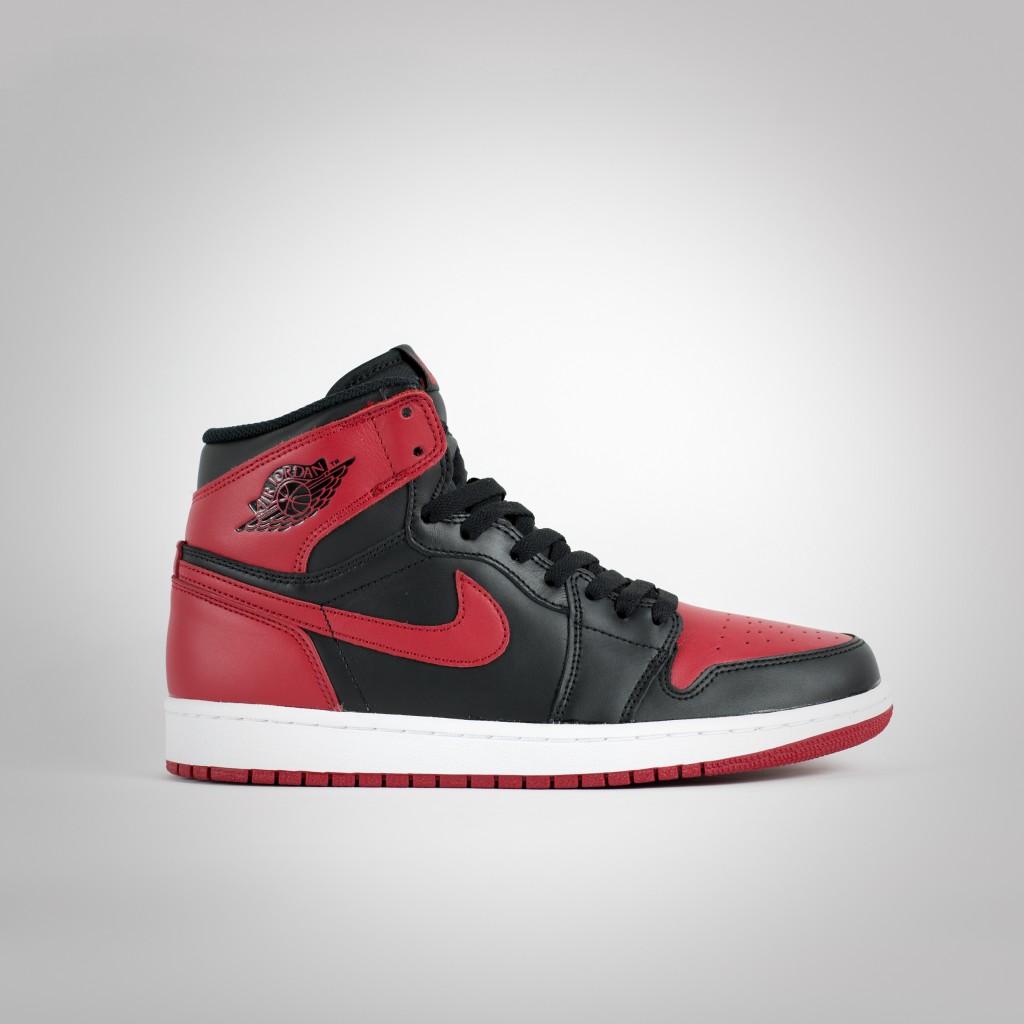 In 1984, Nike created a signature shoe for an up-and-coming rookie by the name of Michael Jordan to match the uniform of the Chicago Bulls, the team which he played for. During the 1985 basketball season, the NBA and more prominently NBA Commissioner David Stern banned them, due to the lack of white used on this shoe. However, His Airness continued to wear them and eventually Nike was fined $5,000 by the NBA each and every time they were seen on court, supplying Nike with a promotional tool that was utilised in television advertisements hinting that the shoes gave an unfair advantage to whoever wore them. Featuring the same black and red coloured panels and legendary winged basketball ‘Air Jordan’ logo on the ankle as the original 1985 model, the Air Jordan 1 OG Retro ‘Bred’ will be launching this coming Saturday 28th December in selected size? stores from their respective opening times, priced at £110 and in UK sizes 6 – 12 (including half sizes). http://youtu.be/zkXkrSLe-nQ