REBLOG! The Oral History of Billionaire Boys Club and ICECREAM 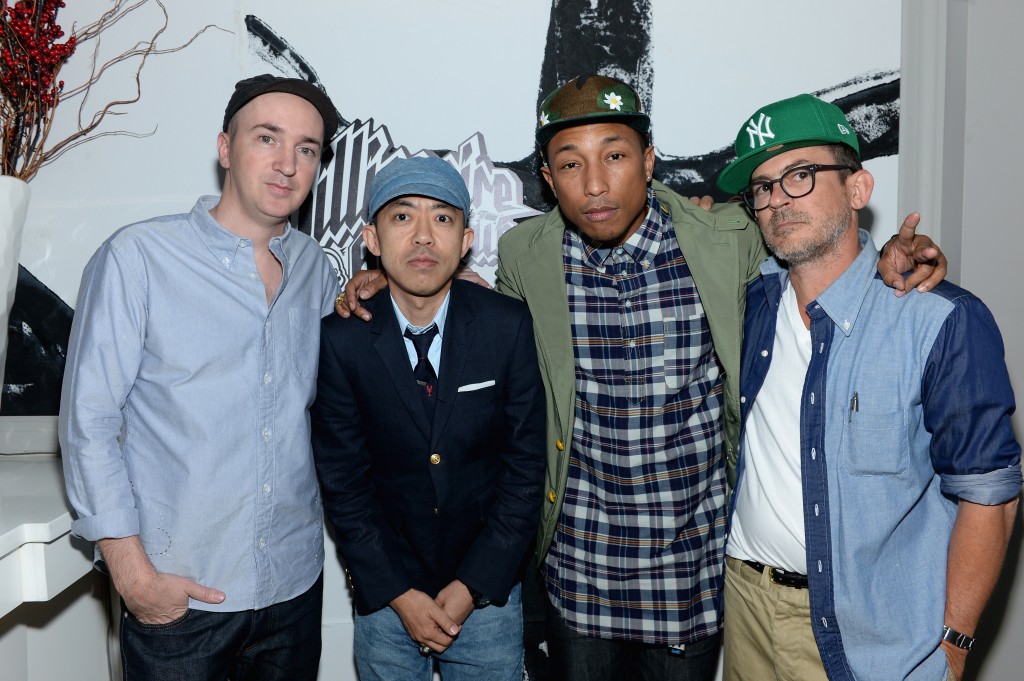 The brainchild of Pharrell Williams and A Bathing Ape founder Nigo, Billionaire Boys Club/ICECREAM enters its second decade stronger than ever thanks to a partnership with Jay Z's Roc Apparel Group. With huge influences from Pharrell’s taste in music, fashion and pop culture, it comes as no surprise that both brands have had a profound influence on youth culture, individuality and style over the last 10 years. From introducing the mainstream to eclectic swag, breaking into the members only skateboard world, and injecting streetwear into high fashion, Billionaire Boys Club and ICECREAM have shattered all pre-set boundaries. A decade later the movement is still growing. The people who can properly convey the history of both brands are those who were there making it happen from day one. Our good friends over at Complex decided to mark BBC and ICECREAM’s first decade by getting these people together to find out how it all started. Check out a selection of our favourite parts below and read the full article HERE… 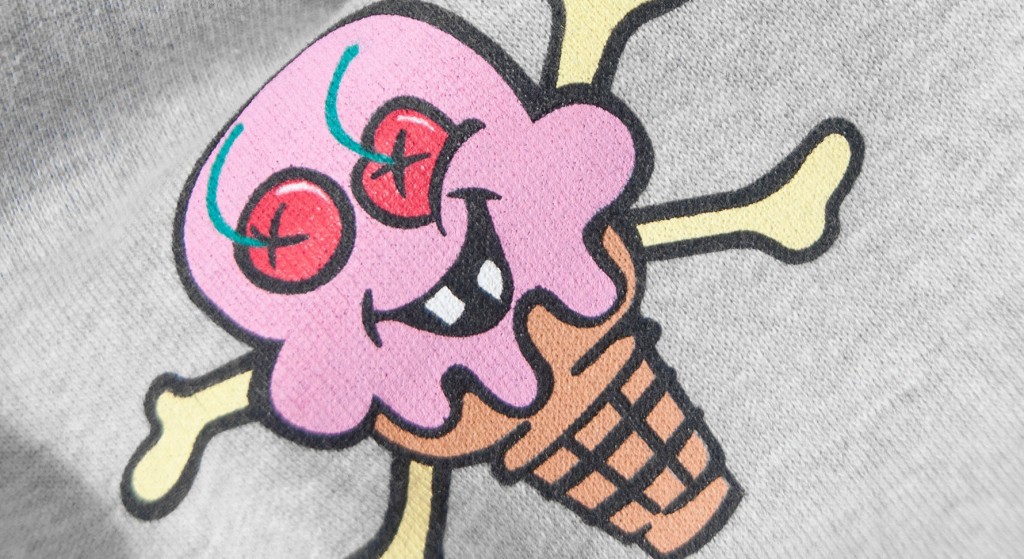 Pharrell Williams: “I met Nigo when I went to Japan for the first time [around 2001–2002]. When I went to his showroom, it was the most amazing thing I had ever seen, ever. I just went crazy and he let me have whatever I wanted to. So, I just admired his ability to transform his world into the interpretation of what life should be like for him. And that blew my mind, I was like 'Wow! Here’s a guy that thinks just like I do and even on a more grandeur level. And he’s putting it to practice and that’s cool.' So for me, that was an amazing thing to observe.” “[The Billionaire Boys Club] was born in Japan, and the people who belong in this club are the people who are like minded, who know that education is one of the greatest gifts to life, and learning things and continuing to discover and explore is one of the greatest experiences we can ever have as humans. So, it’s anyone who believes that, and lives their life to the fullest. It doesn’t mean you have to go on a safari to Africa or a journey to the moon, it just means that you have to have the willingness to do what makes you happy and to continue explore and enjoy the present.” 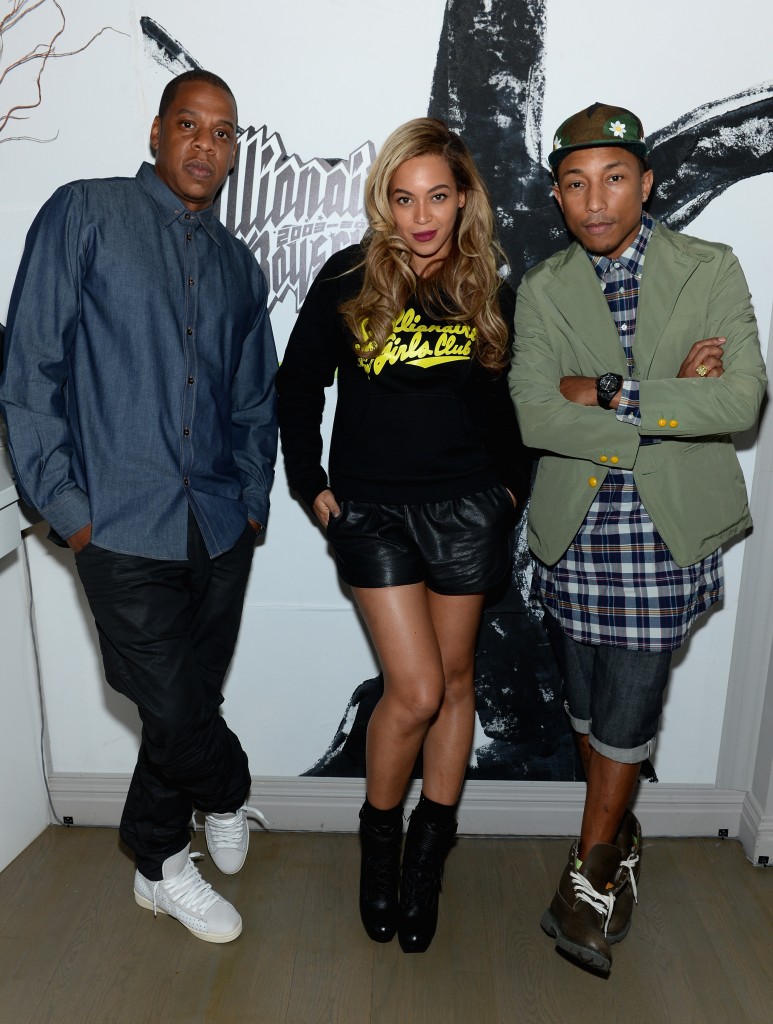 Phillip Leeds: “We definitely started with Pharrell wanting to make clothing that he wanted to wear and see in the marketplace and then we made some stuff that appeared in the ‘Frontin’' video. T-shirts and polos; then people started asking about it. It was a fairly small first season, the first collection. We sold it to a showroom, we got orders for it and then we set up an e-commerce site and as soon as we set it live,  we got like a thousand orders. It was a little after the ‘Frontin’’ video. It was sort of like the goods showed up from Japan for all the wholesale orders and for our the webstore and it was a little overwhelming because you know we were working out of the basement store in Soho. It was hundreds of boxes of goods and [when] we go on the website and we got a thousand orders or whatever and we didn't have any experience in what we were about to endeavor. It was a little overwhelming just the two of us. We had a few people and some friends come help here and there.” http://youtu.be/wIBTrN5Odbg Loic Villepontoux: “When we first opened our stores it definitely felt like it reached a more serious place in our business. We opened our first flagship in Tokyo maybe eight or nine years ago. The New York store makes six years in November. The one thing similar with all the stores is that all of them have this old-school ice cream parlor style for the Icecream floor but when you go to Billionaire Boys Club, it was like you were going to space. All three stores had that in common, you felt like you were being transported.” Jimmy “Sweatpants” Gorecki: “It was definitely, of all the things, I think that was probably the hardest thing for Billionaire Boys Club and Icecream to break into. Skateboarding is a very ‘me me me’ community where they don’t like to let a lot of outsiders in. That took a lot of hard work from us on the skate team to be like 'Yo, I know what you guys may think it’s just this guy trying to buy his way into skateboarding,' but like the overall message and story behind our skateboarding  department  was our skateboarding. That took some time for people to open their eyes up and really understand. We put such a legitimate plan together going into it and we stuck to it as closely as possible. It’s a tough crowd." [vimeo]http://vimeo.com/9193008[/vimeo]